Allan Gardner was introduced to art by his girlfriend. She invited him to a friend’s exhibition – one of those hyper-conceptual shows set in a pub, favoured by paint-stained Goldsmiths students drinking pints of Tyskie.

On display was a giant paper ball inside a shipping container. The 27-year-old recalls the artist describing her work with a bunch of vague words like ​“existence” and ​“temporal”. Head-scratching stuff, but it proved to be the lightbulb moment for Gardner.

“I thought: man, if she’s getting away with this then I could probably be an artist, too,” he says, from his home in Leeds.

And after that pivotal moment, Allan Gardner diverted all his energy to becoming, well, an artist – one that creates darkly humorous, punk-influenced collages, using materials like ink, paint, gel transfers and stolen imagery alongside brash motifs.

All this came after two stints at art school (Leeds College of Art and the Royal College of Art) that introduced Gardner to a Whole New World. Previously, he’d only visited an art gallery twice in his life since it wasn’t really something his family would do. He describes his time there as ​“cool”, but is fiercely critical of the UK’s educational reform. 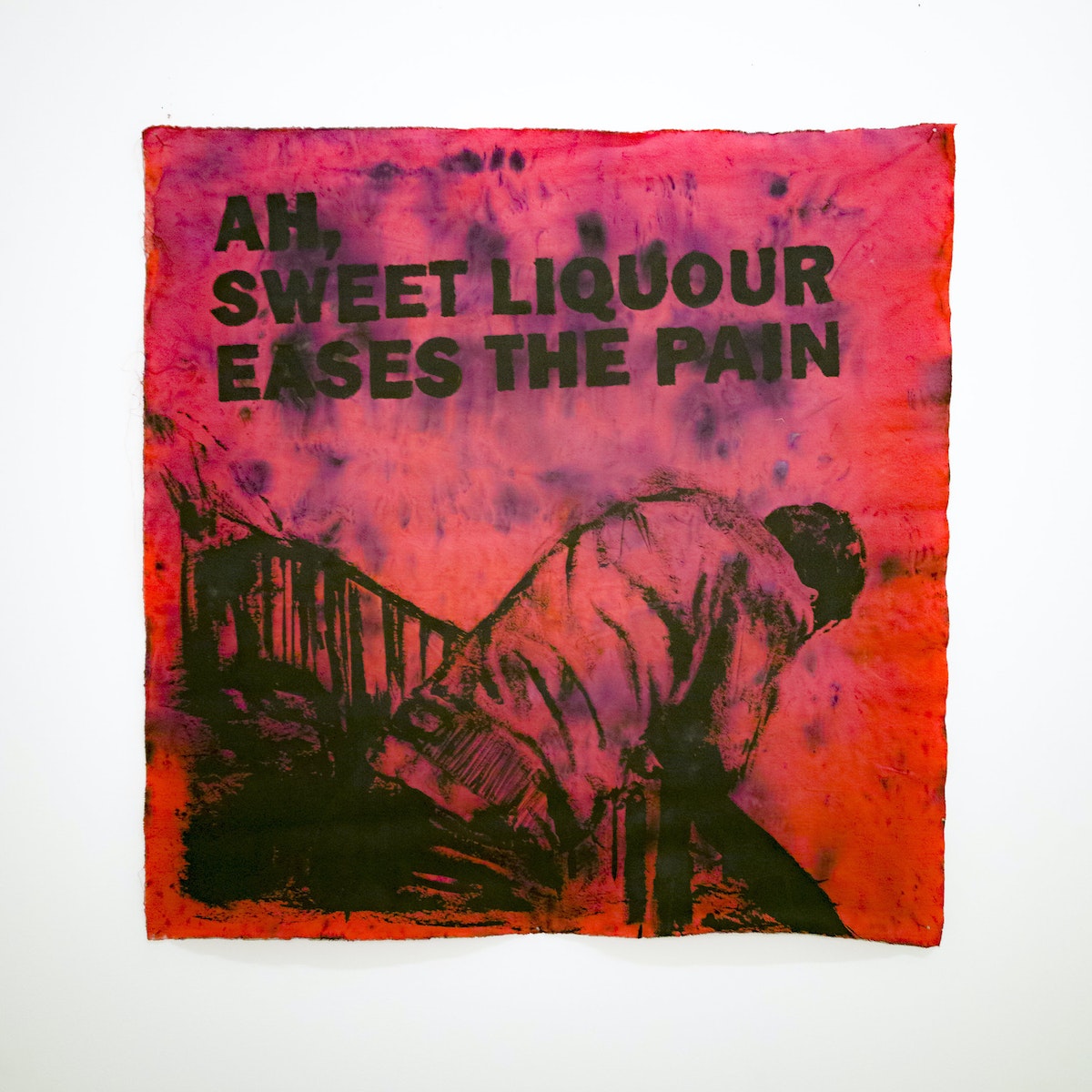 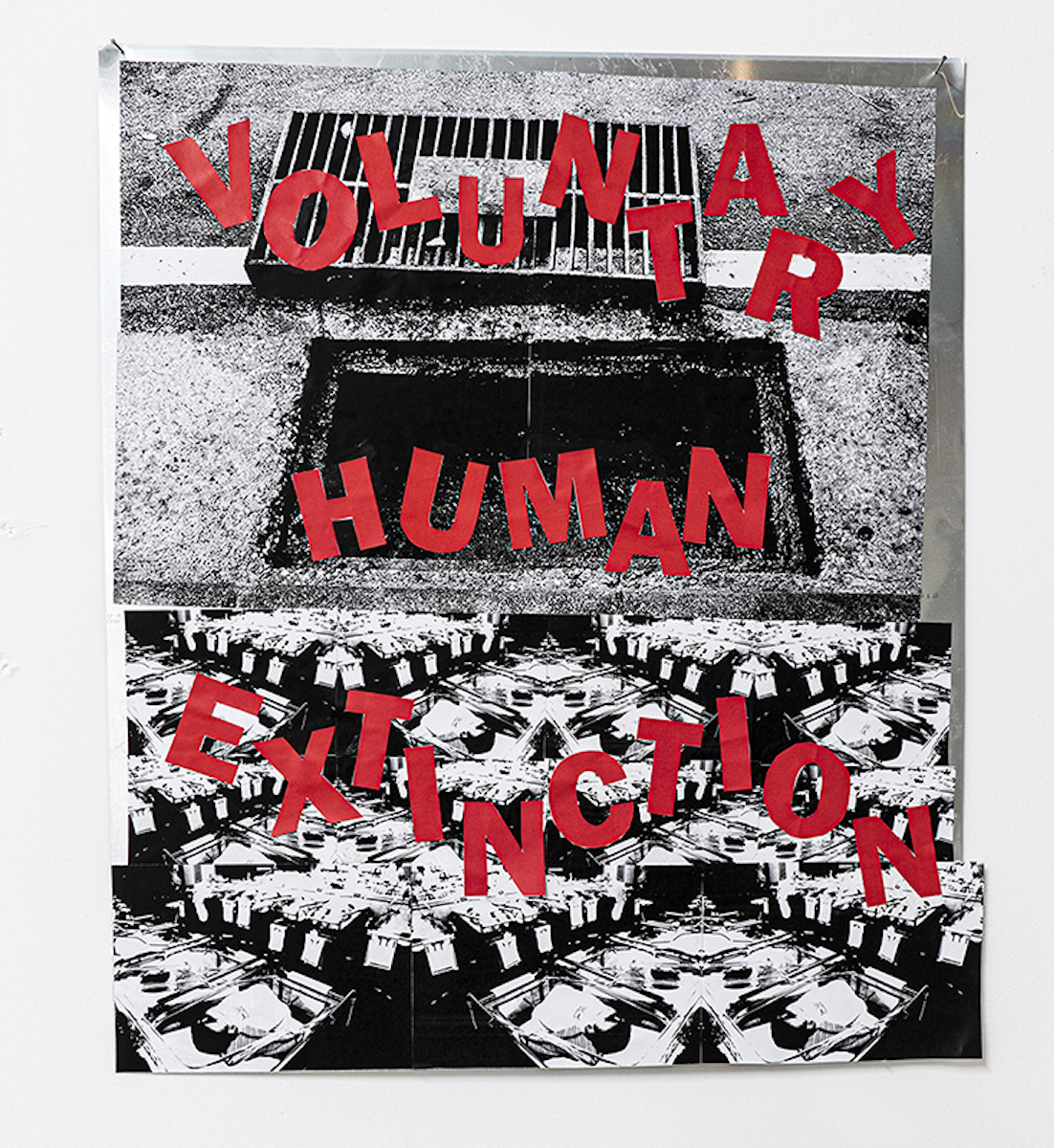 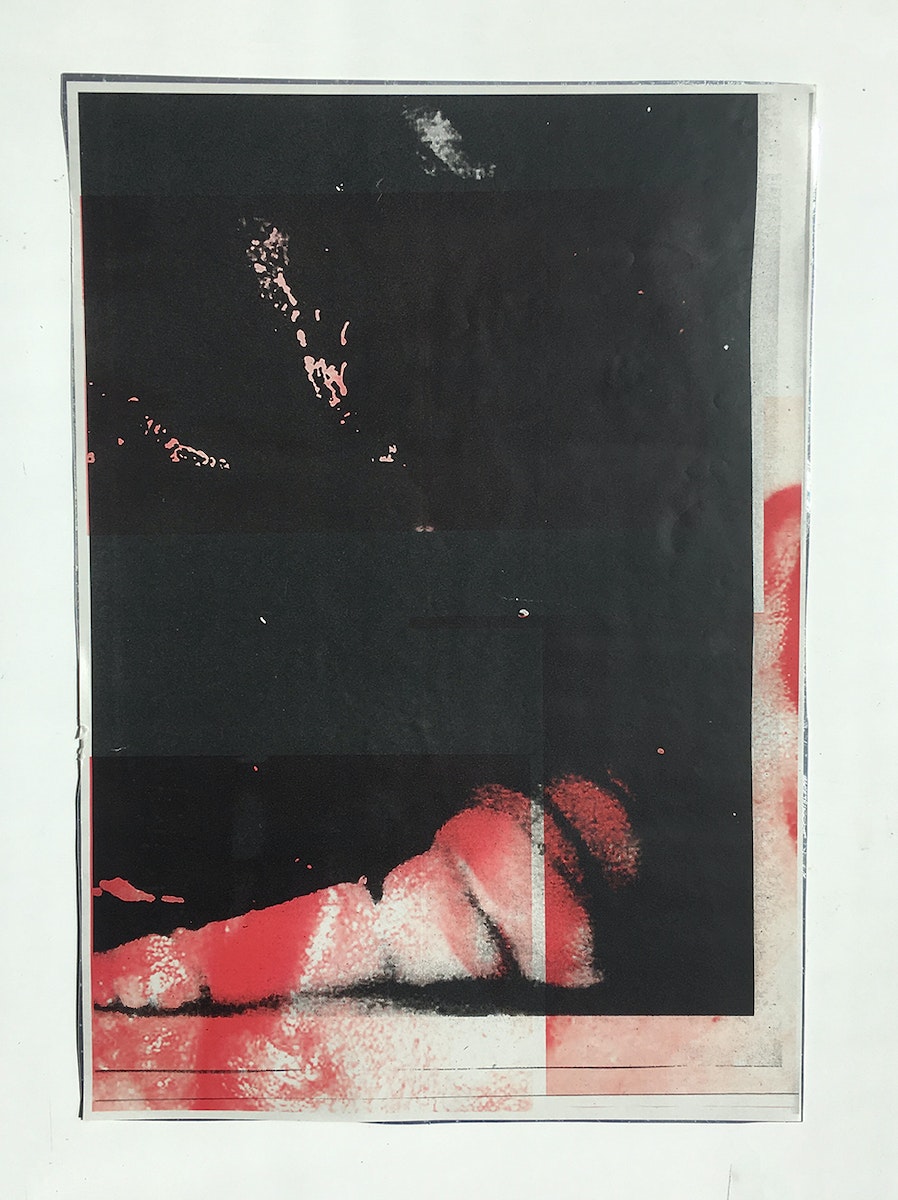 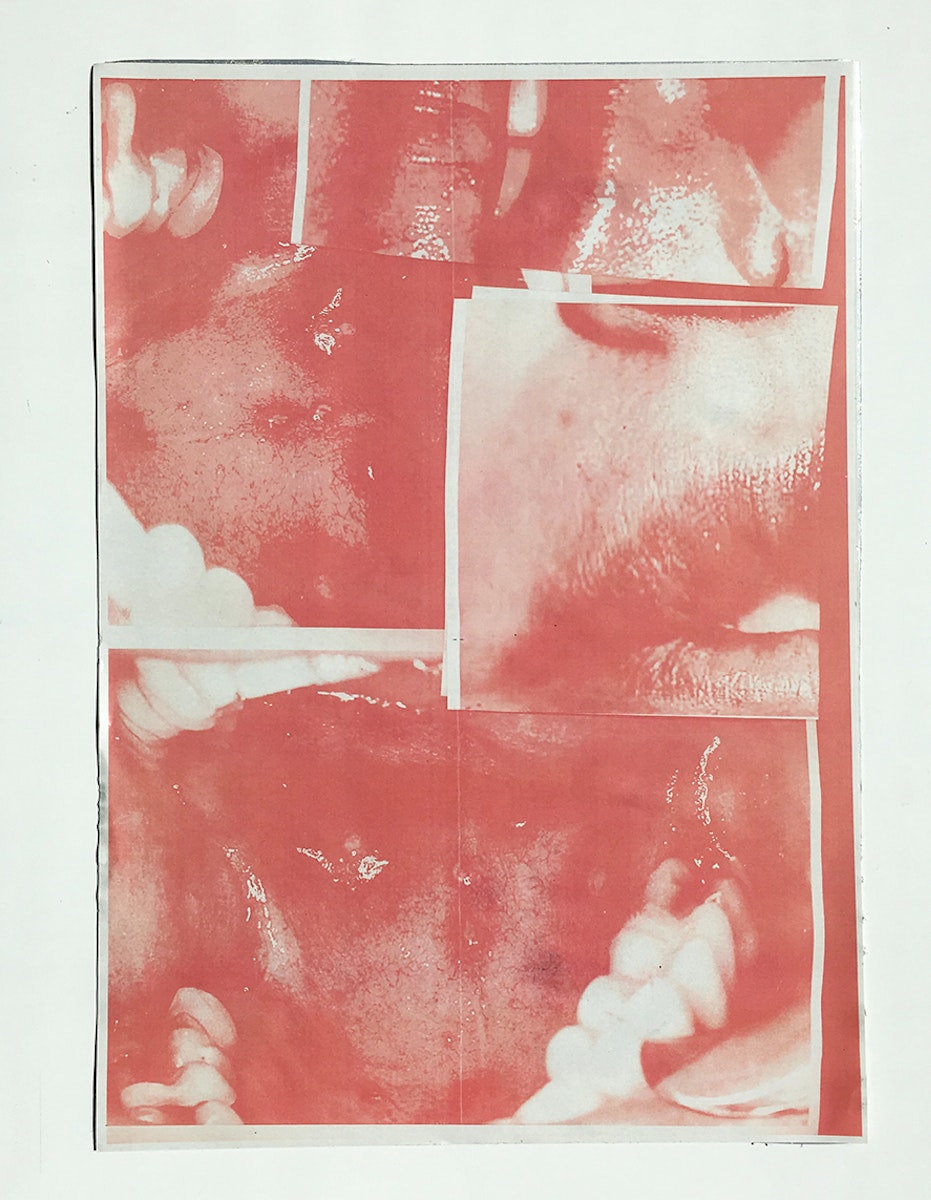 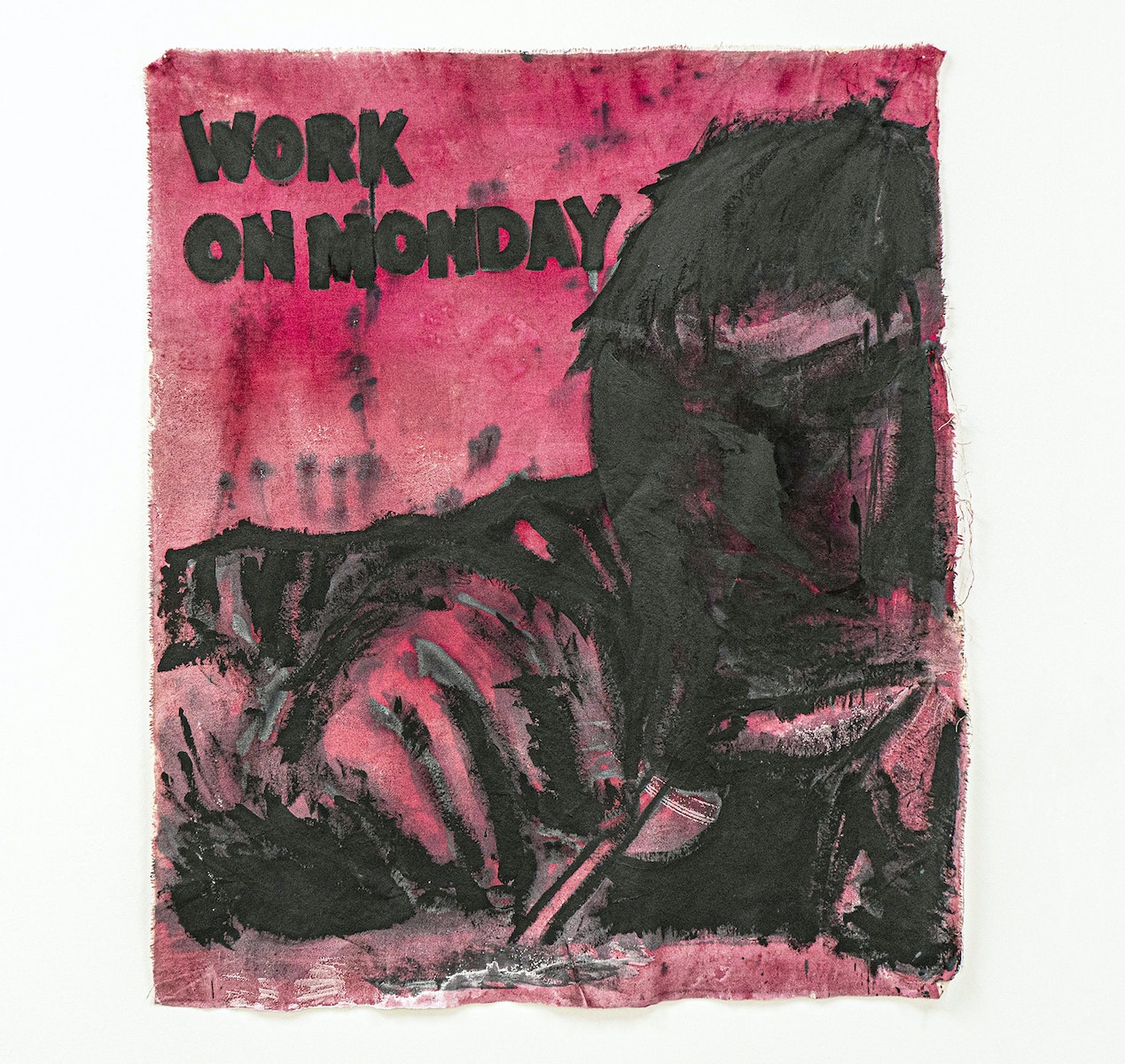 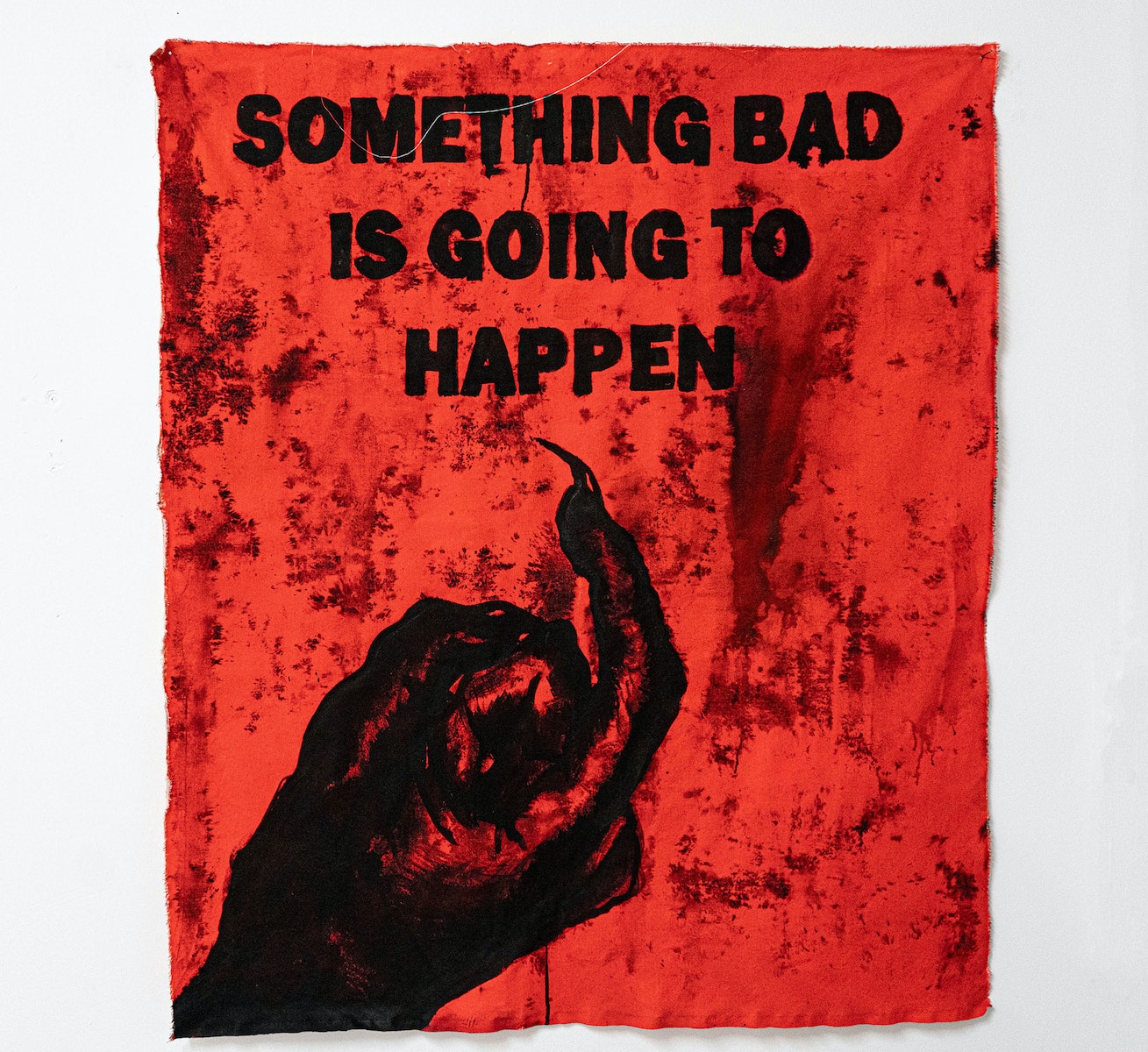 His concern stems from students paying upwards of £9,000 a year to study, but, based on his own experience, not really being taught anything. Staff are stressed and overworked, and the voices of fee-paying art school kids aren’t being listened to by ​“pencil-pushing bureaucrats”.

“Watching the RCA trade off its reputation as the ​‘world’s number one…’ whilst ripping off students and creating a bureaucratic nightmare, in which accountability and retribution is impossible, was a huge bummer,” he says, before calling Paul Thompson and Naren Barfield, Vice and Deputy Vice-Chancellors, respectively, ​“coward motherfuckers” and ​“everything wrong with art”. Yikes.

Gardner’s impression of the art world filters into his work through themes of political morality and social structure. ​“We’re in a weird place with politics,” he says. ​“It’s a difficult time for morals, and I want my work to reflect the duplicity of it all – the symbols and the way they move.”

And that’s where the punk and DIY culture influences kick in. The artist notes his commentary on anti-fascism, anarchism and anti-authoritarianism and explains how this taught him about self-sufficiency and critical thinking from an early age. While he’s shaking a fist at the art world, Gardner urges people to be more bold and vocal.

And vocal is something that Gardener is, when it comes to the parts of the industry he’d rather went away:

“Less turtleneck wearing essay writers, less application code-crackers, less liars, less thinly veiled careerists,” he says. ​“Do it because you love it, or get the fuck out the way.”