Johnny Bapou Costi is in his Central Saint Martins art studio in Archway when we chat. His MA course is coming to an end and, at the moment, he’s working on a design and performance piece, writing a paper – ​“sort of like a journal” – in which he ascends from his identity as a working-class artist to middle-class one.

“I’ll be going to farmer’s markets, getting therapy, I’m going to try and get a skiing holiday in there, and I’m going to be educated,” he says. A lot to fit in before his paper’s due in November, then. ​“I’m also hoping to get some vocal coaching or some elocution lessons,” he goes on. ​“I might see if I can ride a horse, too.”

It’s a challenge Costi has set himself to test the moral compass of the British class system, and much of it is informed by his past. At 18, he was arrested and charged for five armed robberies, and one attempted robbery. Back then, he was wrapped up in gangs, drug abuse and self-hatred, all of which has been brought to life in a film by directors Jackson Payne and Jack Layfield. Filmed over four years, Bapou tells Costi’s story from prisoner-facing-10-years to an artist happy and content with himself for the first time since he was a kid.

“I think the road mentality is like a mental illness,” he says of his past. ​“I didn’t realise there were good things out there, basically. Or that I deserved good things.” Early in his sentence, Costi got caught smuggling ​“something I shouldn’t have” into the prison and was put on closed visits, during which a thick glass wall separates you from the few visitors you’re allowed. When it was his mum’s turn to visit, she spent the whole time crying, unable to give her son a proper hug.

While on remand for six months, Costi was alone with his thoughts for the first time in his life. ​“I shared a bunk bed with my two brothers ​’til I was eight-years old, growing up in a house full of kids,” he remembers. ​“There was a moment [in prison] when I was like, ​‘I can’t keep fucking doing this’.” At that point, he was waiting to hear whether he’d be locked up for a further four months, or up to 10 years. It was a sobering experience.

​“There was that fear that I was going to grow up in prison,” he says. ​“A lot of young people go in and out of prison all the time, but when you’ve got the fear of double figures over your head… that’s when you might think twice about doing it again.”

A few years before his sentencing, Costi had been expelled from school and transferred to a local college on an art and design course. It was here that Janie Hagar, part of CSM’s art faculty, saw something in Costi’s multimedia work. She approached him with a prospectus for a six-week summer course, where they’d help him put together a portfolio. ​“I’d never even heard of a prospectus, man,” he says. ​“She told me about this art school and I said, ​‘What, there are schools just for making art?’ The programme was for low-income households or whatever – it was an outreach programme.”

Over the years that followed, Costi got into ​“more and more crime”. But in that moment of solitude just after being put on remand, he remembered being approached for his artwork. He got his mum to find a contact number for Hagar and gave her a call from prison.

“I told her I was looking to get out of there, to a [Category D] prison, and I asked whether she knew anywhere that could help me out.” Reserved for ​“low-risk” inmates, a Category D prison would have allowed him to spend his days working or studying. Hagar got in touch Brian Dayton, who runs an HNC course in fine art at Kensington and Chelsea College. Soon, Costi got into D‑Cat prison Latchmere House, where he made a load of paintings for the governor of Feltham.

Not long after that, the artist applied for a spot on CSM’s BA Fine Art course. He was invited to present his portfolio to a bunch of tutors and allowed a day out of prison to visit the university’s Archway campus. ​“At the end of the road, there’s an estate. Four years before, I wouldn’t be able to go there. I’d have a gun on me,” he says.

For Costi, it was weird going back to that area after so long. But entering a proper art school for the first time was weirder. ​“Stepping into art school was a lot more intimidating than prison,” he says. By this point, Costi half-jokingly mentions he’d had a conscious re-brand. He changed his name to Johnny from John, which previously only his mum would call him – anyone else who did would be ​“in trouble” – switched up his clothes, and even bagged himself some pronounced glasses. 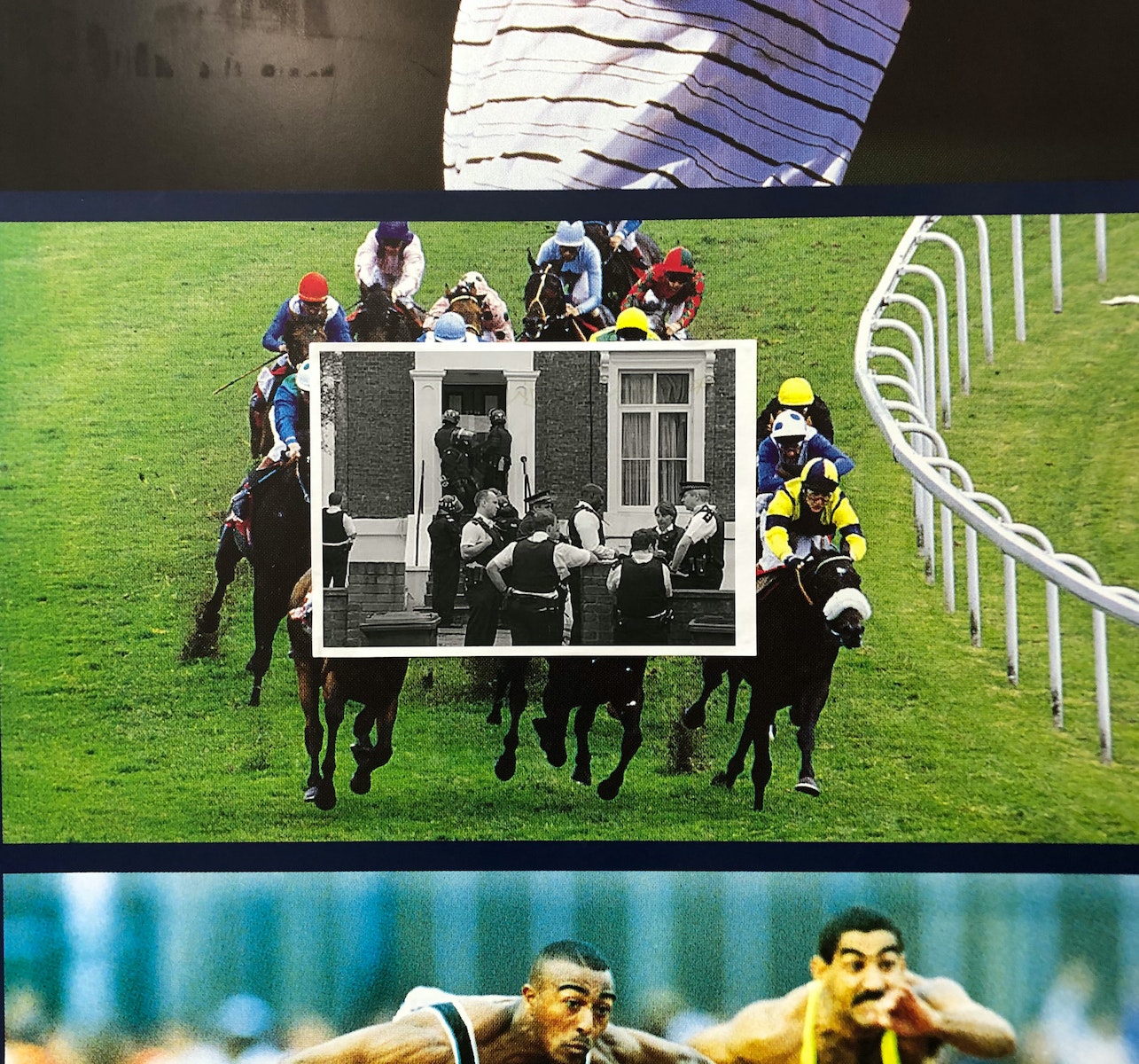 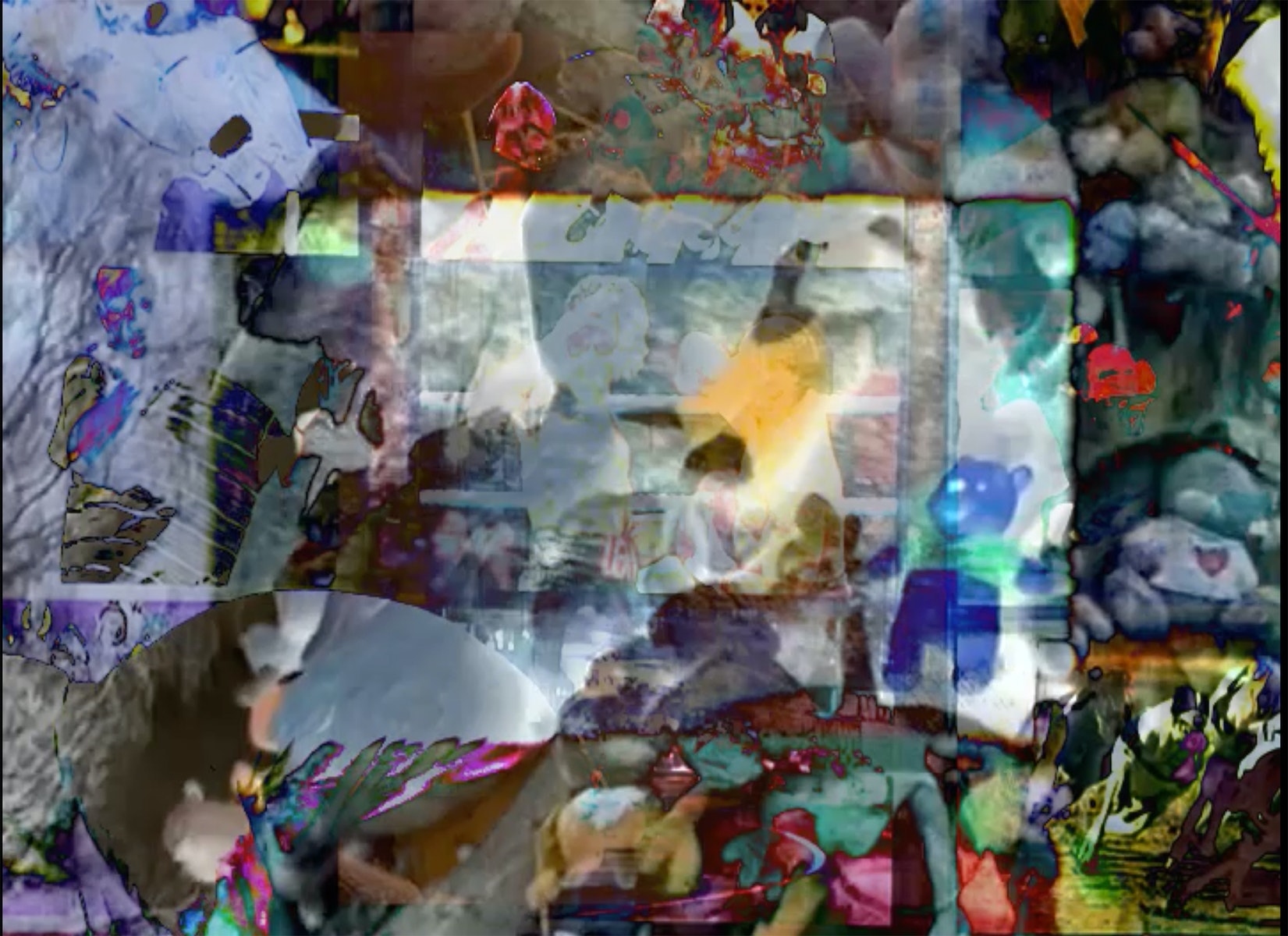 After crowding around a table with other art student hopefuls, his name was called out by a tutor. ​“They had a look at the work I made while I was inside and said, ​‘Yep, you’re cross-disciplinary. We’ll accept you.’”

“Throughout this journey, there was a lot of divine intervention,” says Costi. ​“I’m not religious, but I was receiving a lot of signs from the universe to follow a path.” Anytime he’d start moving forward, the next step would often start revealing itself to him. ​“I was waking up, because I’d never been awake before. I had been a little kid and that was fucking hard. Then I was a crook and that was hard. I never pondered the beauty in life or anything like that.”

Like many ex-prisoners, Costi is fiercely critical of the British prison system. While he found a way out of crime, he knows his journey is rare. ​“What I experienced in prison was not rehabilitation – it wasn’t anything near that,” he says. ​“It was old prisons with a lack of resources.”

“Whether it’s drama, art or music therapy, the second someone gets given a £100k contract to teach prisoners how to address their feelings, it’s going to lead to The Sun calling it a holiday camp.” Costi believes that spending taxpayer’s money on helping inmates address the roots of their offending behaviour would save money in the long run. ​“They won’t be coming back the next year,” he says, remaining critical of opposing views. ​“It’s like the working-class Tory, isn’t it? You can’t get through to a lot of people.”

Costi is putting that energy into his artwork, hence his working-to-middle-class man transition. His work often looks at class and corrupting morals, taking past experiences and presenting them in confessional collages, or diaristic sculptures exploring identity and upbringing.

Right now, Costi is happy, all about self-love, and smiling his way through it, while making really good art. ​“I got a bit fed-up being typecast as the armed robber-turned-artist,” he says. ​“I wanted to show the other side of that, as well.”