Deanna Templeton spent many of her teenage years battling with her violent inner critic. Without a sufficient outlet in 1980s California, anger and self-hatred developed into years of disordered eating, self-harm and suicidal thoughts. ​“I didn’t have the voice to express how I was feeling, I either wrote it down or blasted it out through music,” the 51-year-old photographer says. Now, years of painful, pent-up emotions have been immortalised in her latest subversive photo book, What She Said. Inspired by Templeton’s high school years, when the Huntington Beach native would hitchhike from dreary suburbia to watch hardcore punk bands in Los Angeles, it celebrates the rebellion and resilience of teenage girls at the fringes of society, rejecting the tender, pastel-tinged visions of girlhood for something altogether rougher around the edges.

What She Said follows on from Templeton’s decades-long career as a photographer at the beating heart of youth subcultures. Documenting the fangirls, and boys, of her local skate scene with the series Scratch My Name on Your Arm, and the sun-soaked pleasures of skinny-dipping, as seen in photo book The Swimming Pool, Templeton has skilfully captured the weightless joy of being young and free in California. It’s all the more striking, then, that What She Said delves head-first into the depths of teen angst that have, until now, been out of frame.

Immersed in relics of her past, What She Said features vintage gig flyers for ​’80s rockers like Jesus and Mary Chain, Peter Murphy and Nina Hagen, while scattered throughout, photos of street-cast punks and emos glare out through heavy bangs with the kind of intensity that leaves the lingering, teen-angst ache of middle-finger rebellion. Naturally, Templeton recognised her younger self in them: ​“When I saw these girls, a lightbulb went off and there was a connection.”

She soon found much of the darkest points of her adolescence, like depression, loneliness and body dysmorphia, mirrored in the millennials and Gen-Zers she encountered. Struck by the strength and resilience of this new generation of youth, Templeton decided to publish her recently rediscovered teenage diary entries, where the then-15-year-old would scribble thoughts, desperately, like ​“wanna die when I’m 18!” and ​“Hate life, hate me, hate you!!”, alongside a series of photographs.

The result is a touching, at times tough, testament to female solidarity across the intergenerational divide. Throughout the process, Templeton found that the continuum of adolescent suffering doesn’t really differentiate between Gen X or Gen Z, after all. “[When showing this work] I’ve spoken to women as young as 17 and as old as 77,” Templeton says. ​“Every generation has experienced this. Things don’t really change.” 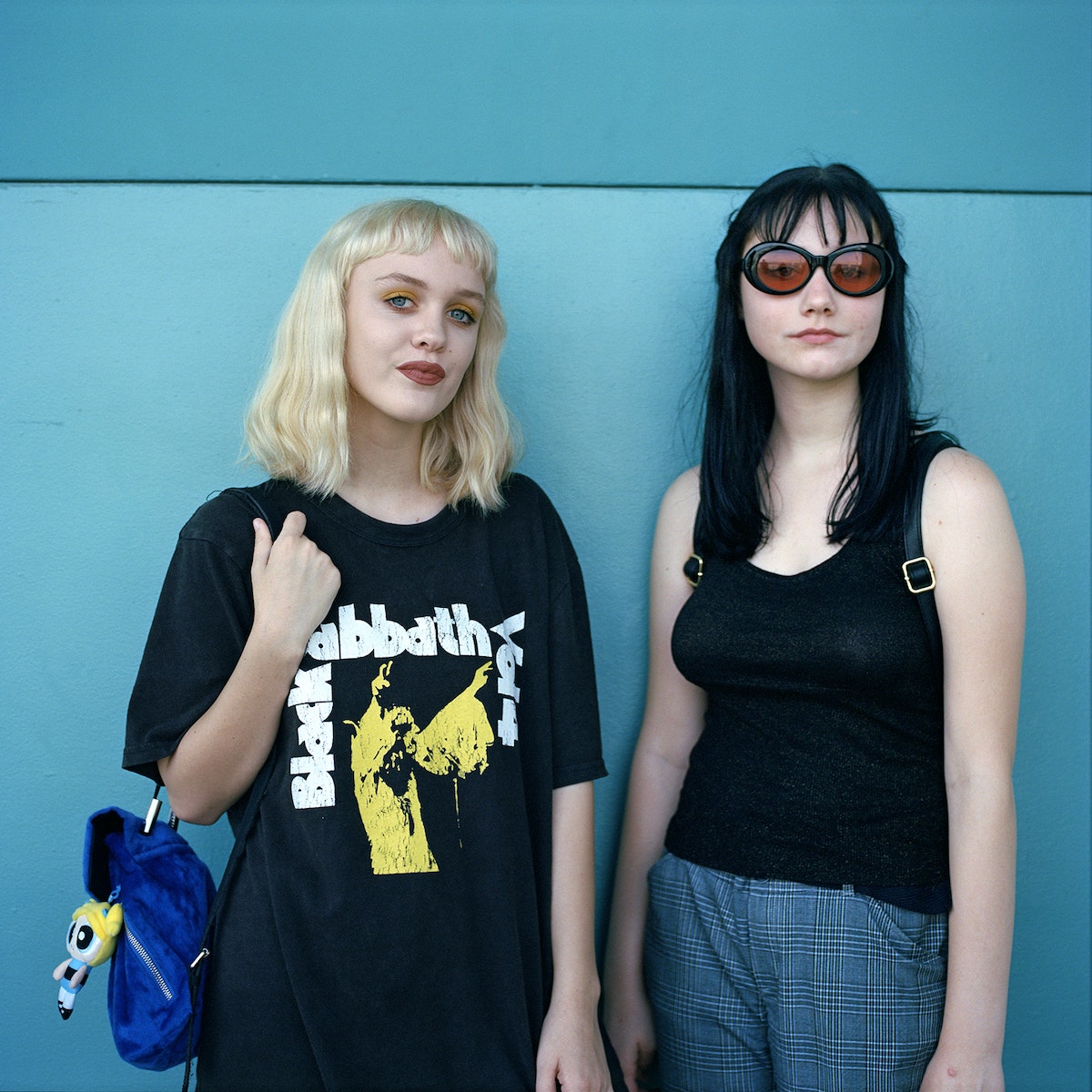 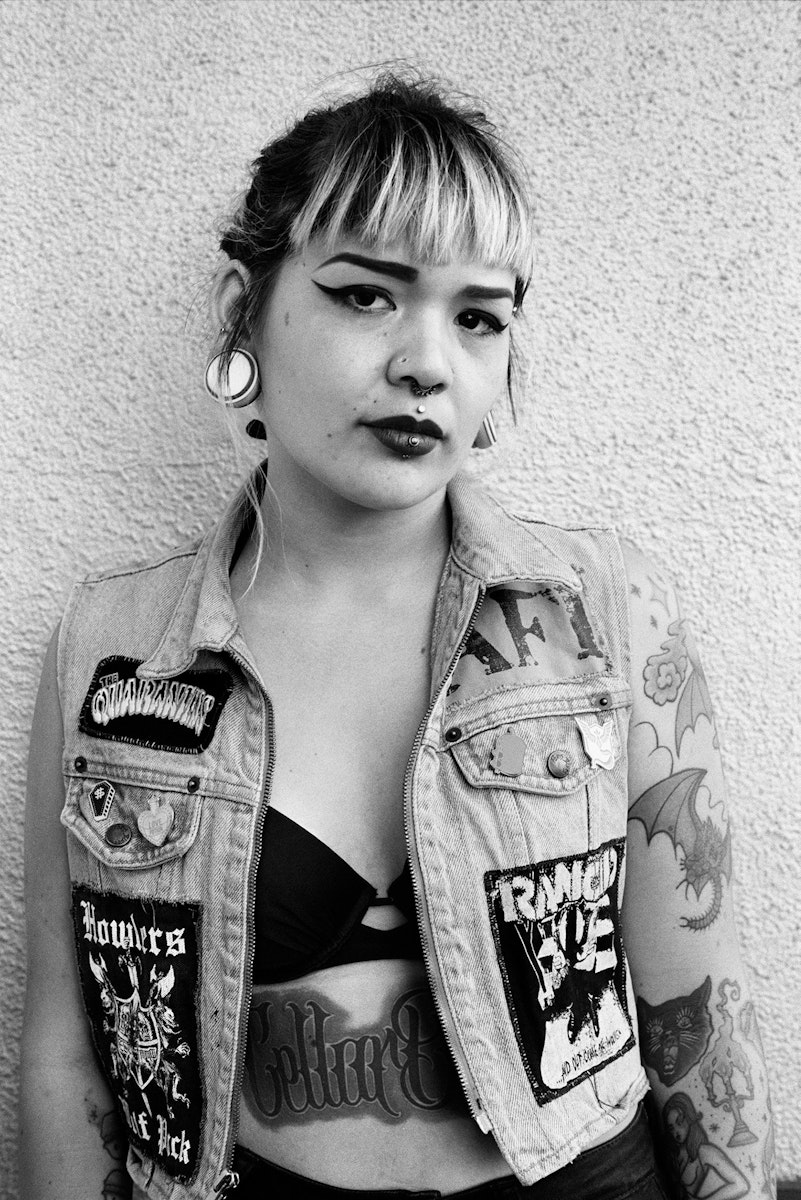 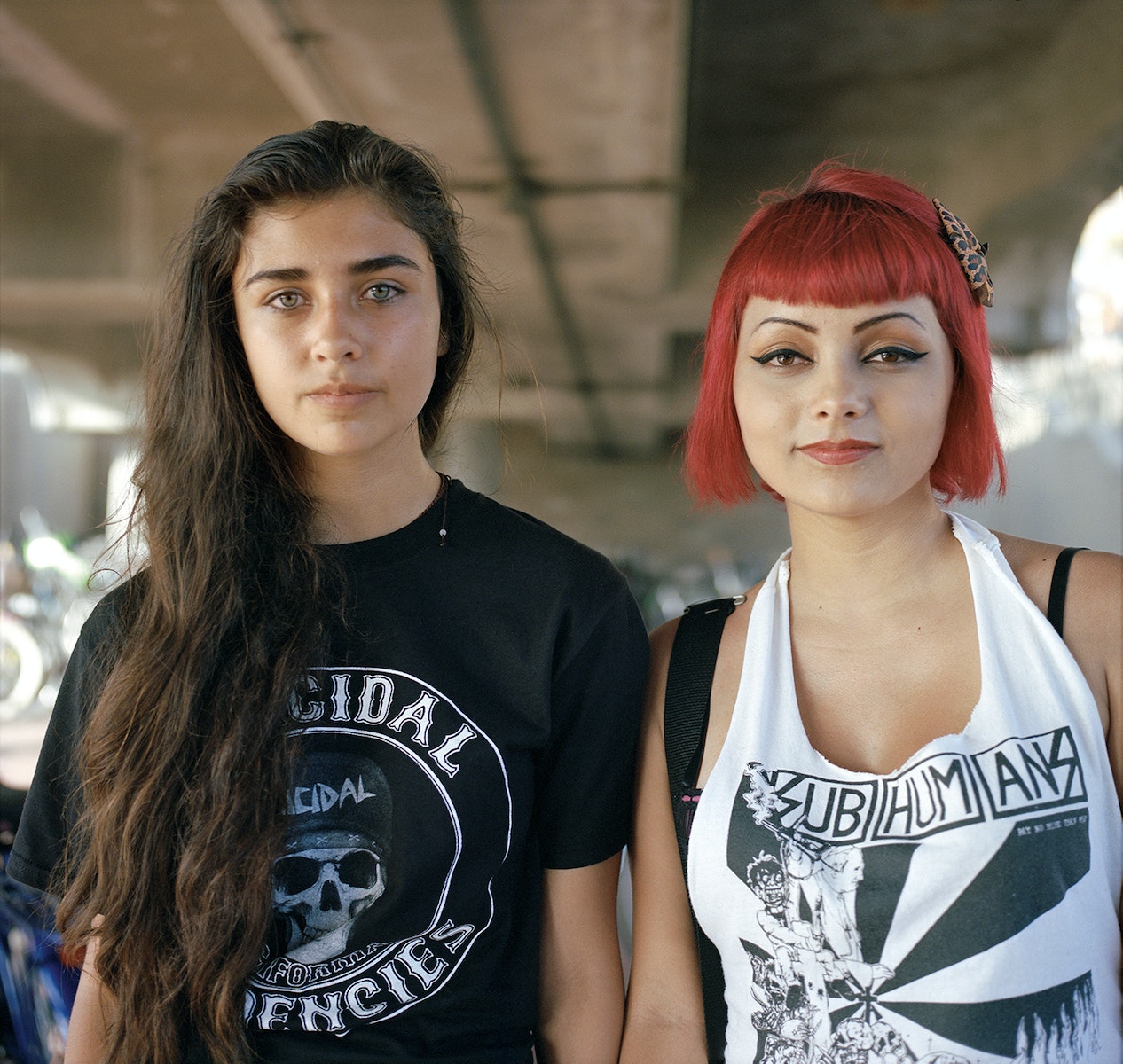 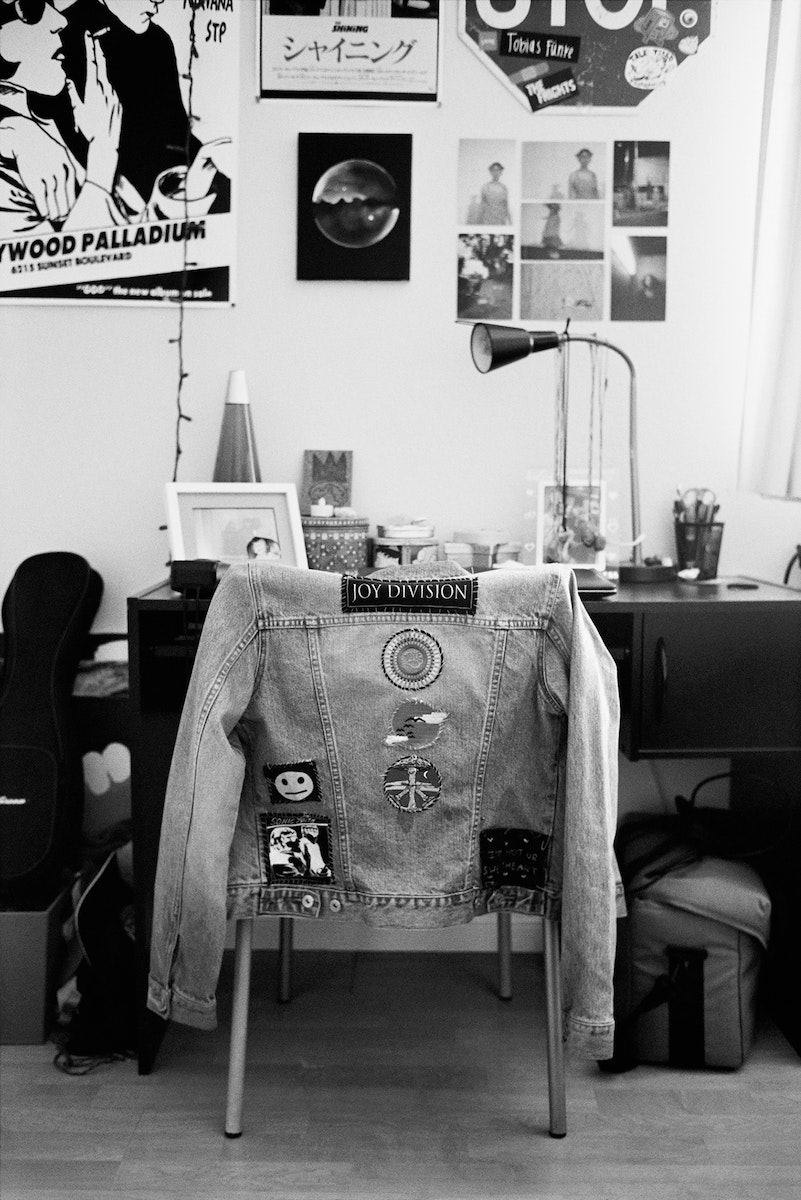 What She Said really rejects the fragility and vulnerability we often associate with girlhood. It almost revels in the sadness and rage of being a young woman.

Yeah. But some of the girls in the series also had such boldness and confidence. Maybe it was them projecting how they wanted to be, but they were just so different from how I was when I was 15. I was scared.

Do you think it would have been easier to be a teenager now, and not in the ​’80s?

If I could have connected with some of the young women I photographed and talked to as part of this project, then I hope so. They gave me hope. But I keep looking at social media and I think it might have made things harder for me. I hear the word ​“troll” a lot – not knowing who’s writing things about you or people sharing things about you that you don’t want out there. I don’t know which way I would get caught up, but I’d like to think that I’d be able to seek out support from people online who are trying to uplift.

It seems paradoxical that you captured this online generation, used to a more immediate, digital form of image-making, through analogue photography. How did they react?

Sometimes I came across someone who wanted to see the image really quick, and I’d have to explain that it was going to take a week to drop it off at the lab, get it back, scan it and then send it to them. The looks on their face when I’d tell them! A lot of the girls did understand but it was pretty cute when someone would go for the camera like, ​“lemme see” and I’d have to say, ​“well it is in there, but you just can’t see it on the back…” 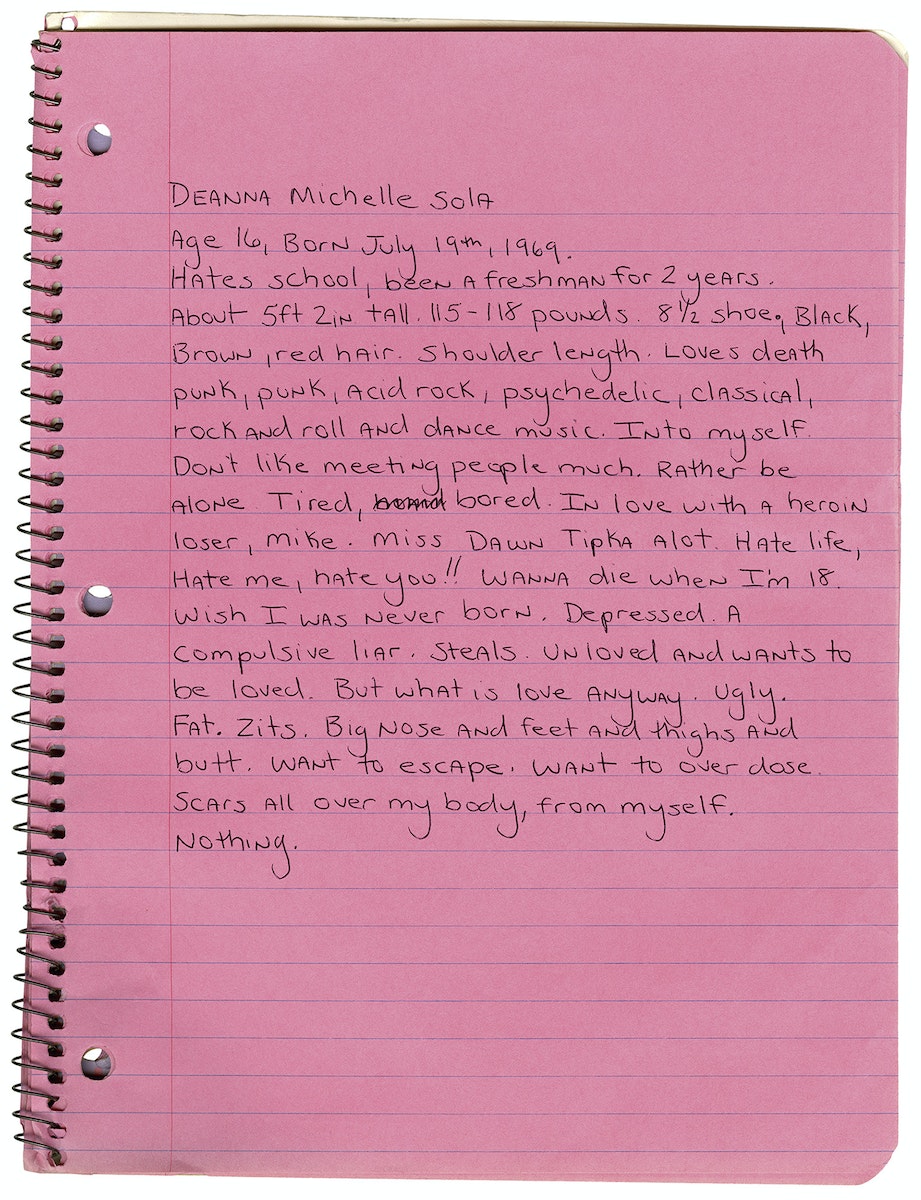 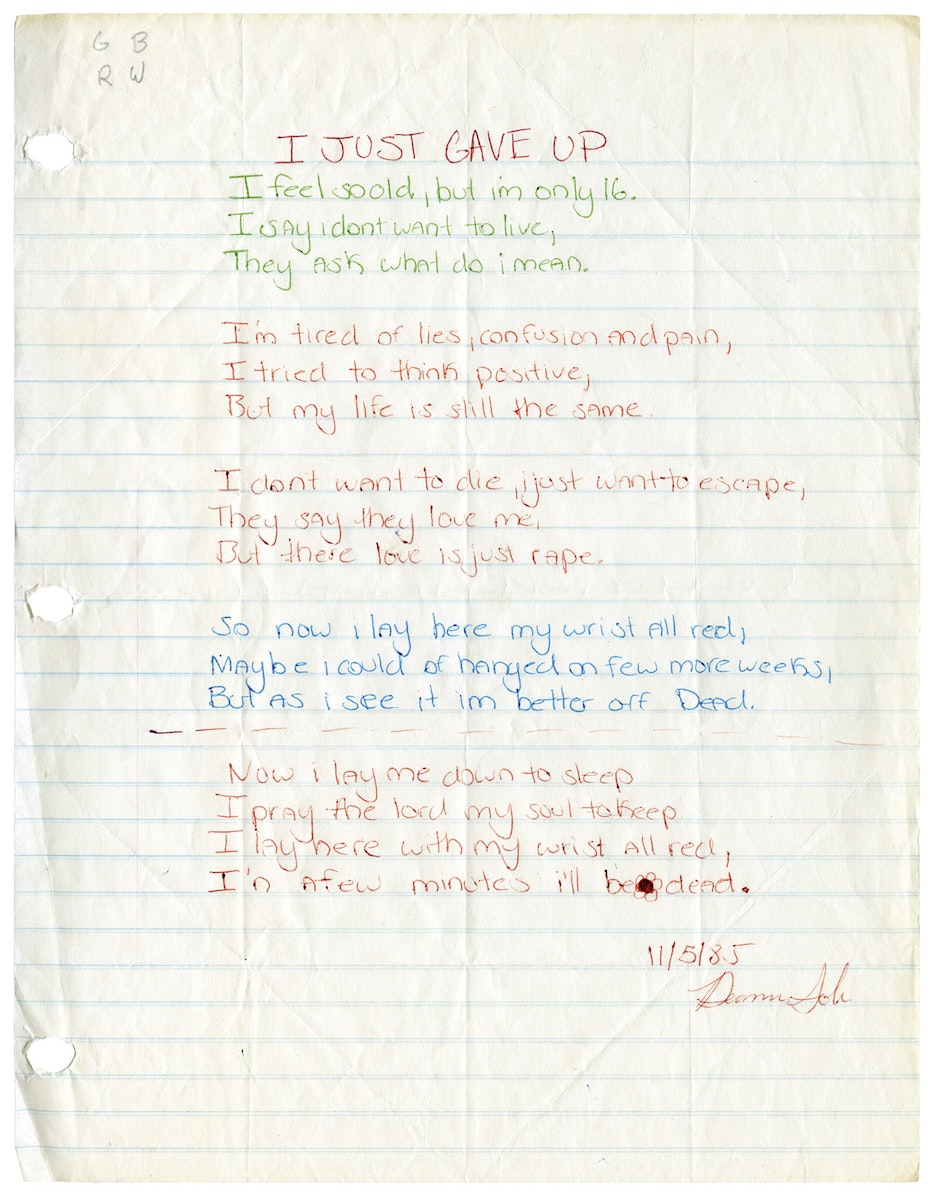 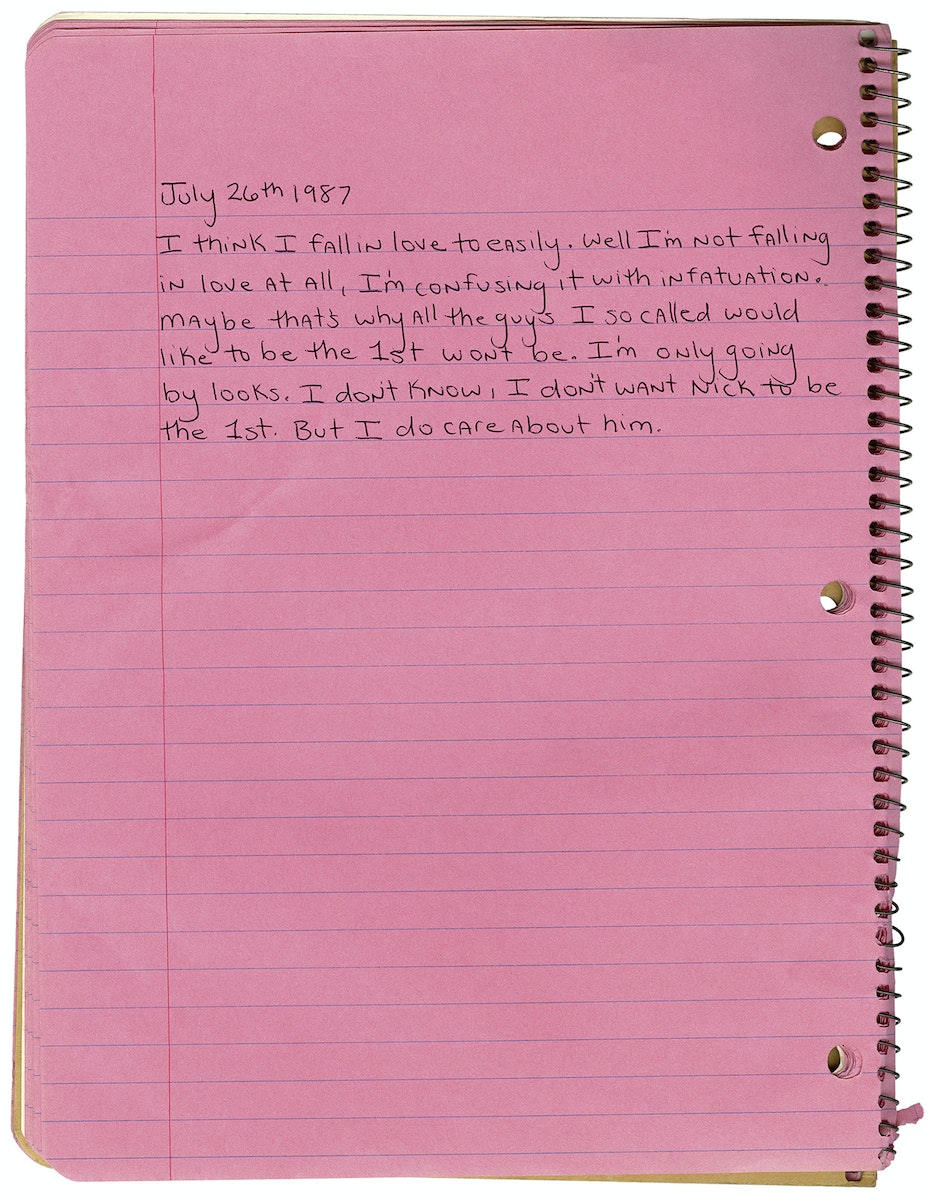 Given that What She Said was conceived as a dialogue between your current and teenage selves, is it strange for this conversation to now be opening up to the public?

I brought all of my baggage to this project. Up until recently, I didn’t have anybody else’s eyes on the work apart from my husband’s. Not to sound so naive, but it didn’t hit me until a few days ago when I was looking at the book. There’s an image of this detail of a girl’s belly, where someone has written ​“feed me” on it. The reason I decided to put that in the book was that when I looked at it, it brought up my own history with body issues and dieting. I read it as if she was starving herself and her body was saying ​“feed me”. But it dawned on me then, so many years later, that maybe she was just trying to get some free food…

Have you learnt anything new from sharing this work?

I’ve shown this project in a few gallery spaces before, and I remember a guy pointing out to me that as a young man he had similar things going on in his life, as well. At that moment, it struck me that women have all these pressures that society puts on us, but also young men are so pressured. You can’t be a virgin, you can’t cry, you have to close off your emotions, you have to be a stud or whatever.

The diary entries are so raw in comparison to the often sanitised conversation around mental health awareness. What gave you the confidence to publish something so vulnerable?

There was no other way, as that’s what my writing was. I did have a little thought that maybe I should clean it up because [with publishing something so personal], it’s like, oh my God. But when I first re-read the writing in my teenage diaries I was so saddened, especially as I was in such a better place by that time. Time had healed a lot of what I was going through. As much as it’s really embarrassing with how dramatic I was, I think that if I had read these diary entries when I was younger, it would have made me less hard on myself. That was why I wanted to publish them.

What She Said by Deanna Templeton is published by Mack, released on 27th January