GutterRing is the ultimate antidote to the isolation of the last 18 months. A club night for wide-eyed goths, bass boys and girls, queer punks, alt-kids and random passers-by, it started when flatmates V, Luke and Val were holed up together in North-West London during lockdown. Forming a bubble with Naz and Luca, who they’d previously met via the city’s party circuit, what began as a group of friends DJing soon led to the formation of a fully-fledged collective. Now, they’re throwing sell-out raves on a semi-regular basis, with locations disclosed via last-minute encrypted Telegram messages. ​“We want GutterRing to stand against everything that commercial superclubs represents,” V says of a night that combines thumping techno, hardcore electro, ​’90s rave tunes and earsplitting gabber. ​“One where people can feel like they’re a part of something.” We are all in the GutterRing but V, Luke, Val, Naz and Luca are looking at the stars. 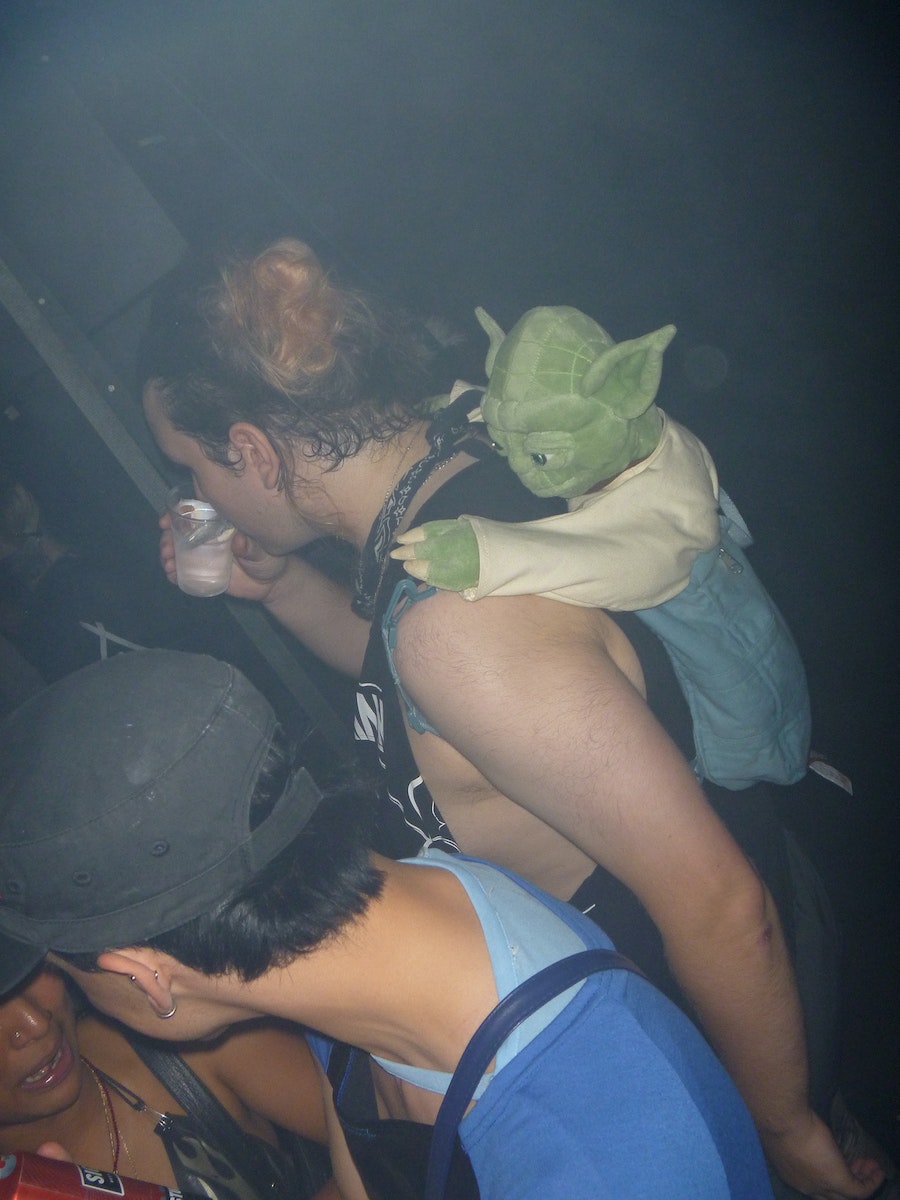 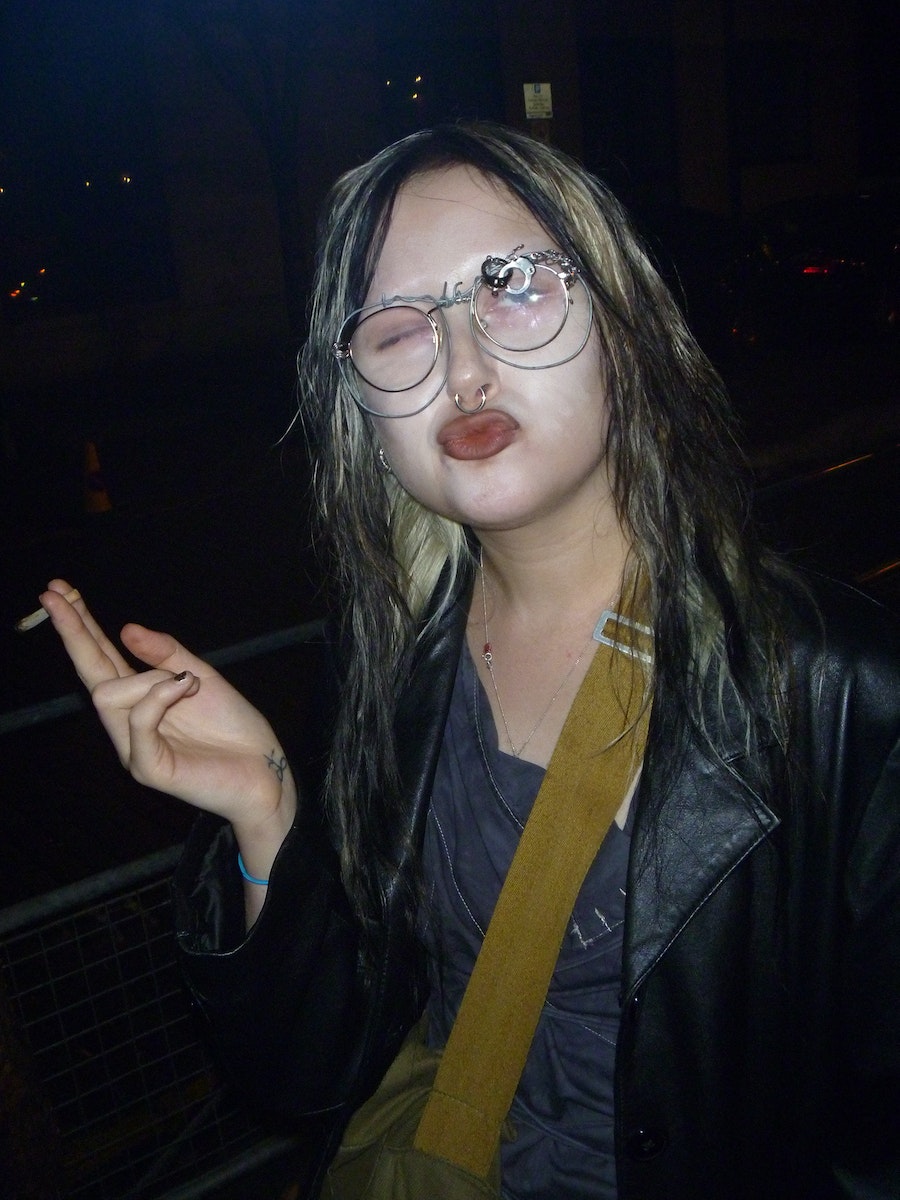 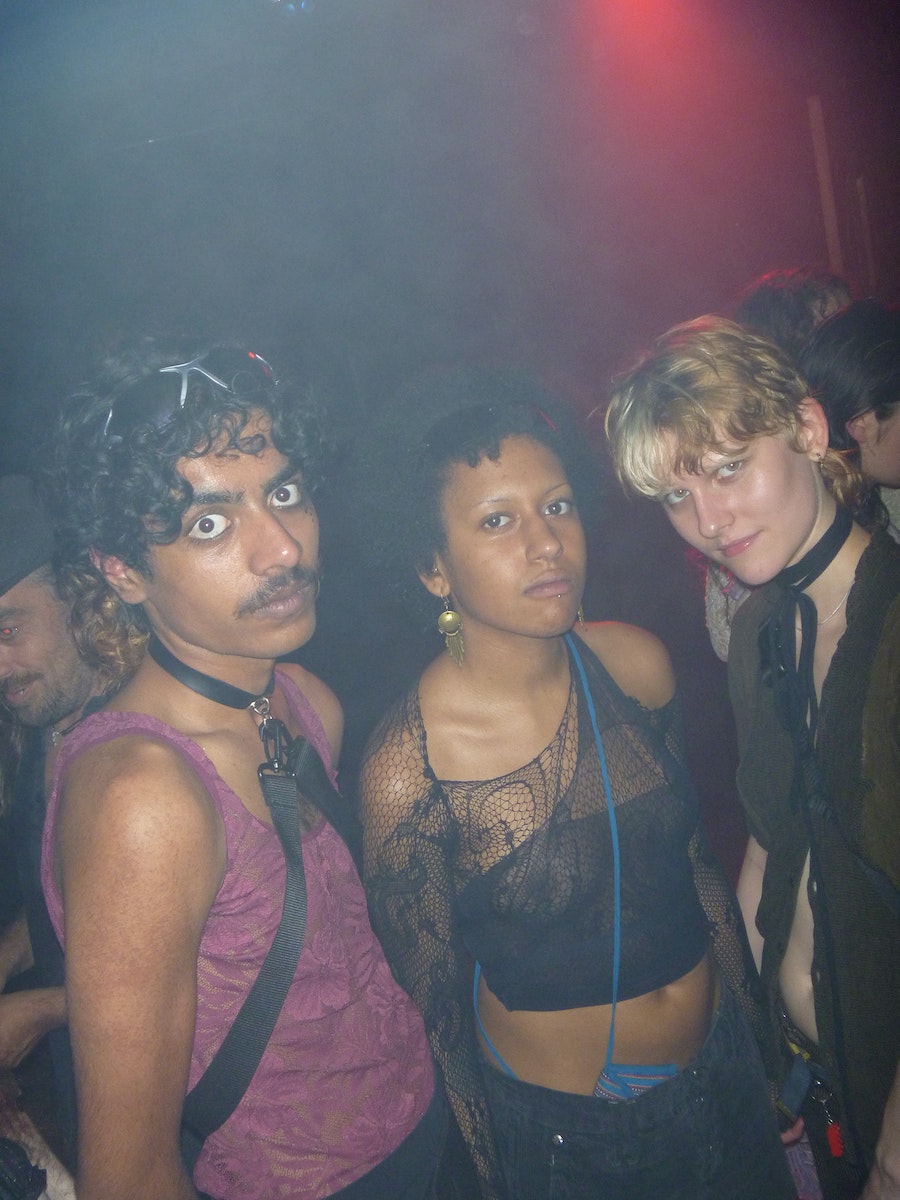 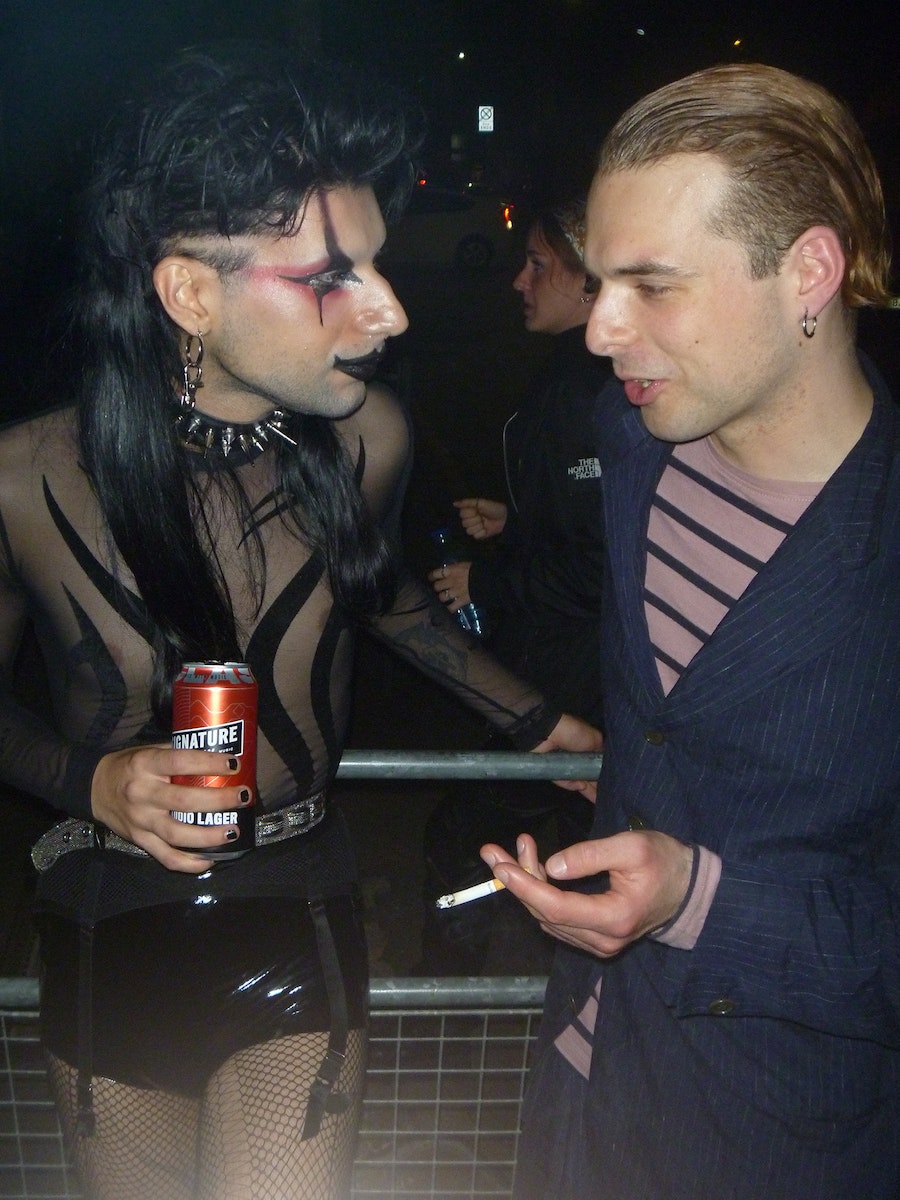