Seven years ago, photographer Nik Hartley started a project in Nelson, Lancashire, Every Street, documenting the titular Every Street, a long road running through a predominantly British-Asian area in the small town.

For 41-year old Hartley, the black and white photo series, now made into a book, was about representing the community in a way that contrasts the negativity of the newspapers. “[I wanted to] take pictures which were positive and friendly and truthful,” Hartley told THE FACE last year. ​“Not loaded with fear, ignorance, male bravado, testosterone and bullshit.”

Sat on the corner of Every Street is Stylz, a barbershop at the heart of the community. Here, the boys of the area congregate on the weekends, shaping up their trims, listening to music and chatting to the shop’s owner, Haroon Yousef. Among them, seven years ago, was 12-year old Sharaz Ali, who Hartley instantly took a liking to.

Ever since, Hartley has been documenting Ali as he’s grown up in the area, from going through school and finishing his GCSEs to visiting the mosque, hanging out with his mates and, now at 19, the summer before he leaves for university.

Throughout the project, both Hartley and Ali have learnt a thing or two, intergenerationally: masculinity, faith, growing up in the digital age, and how to take a deep breath and think positively. 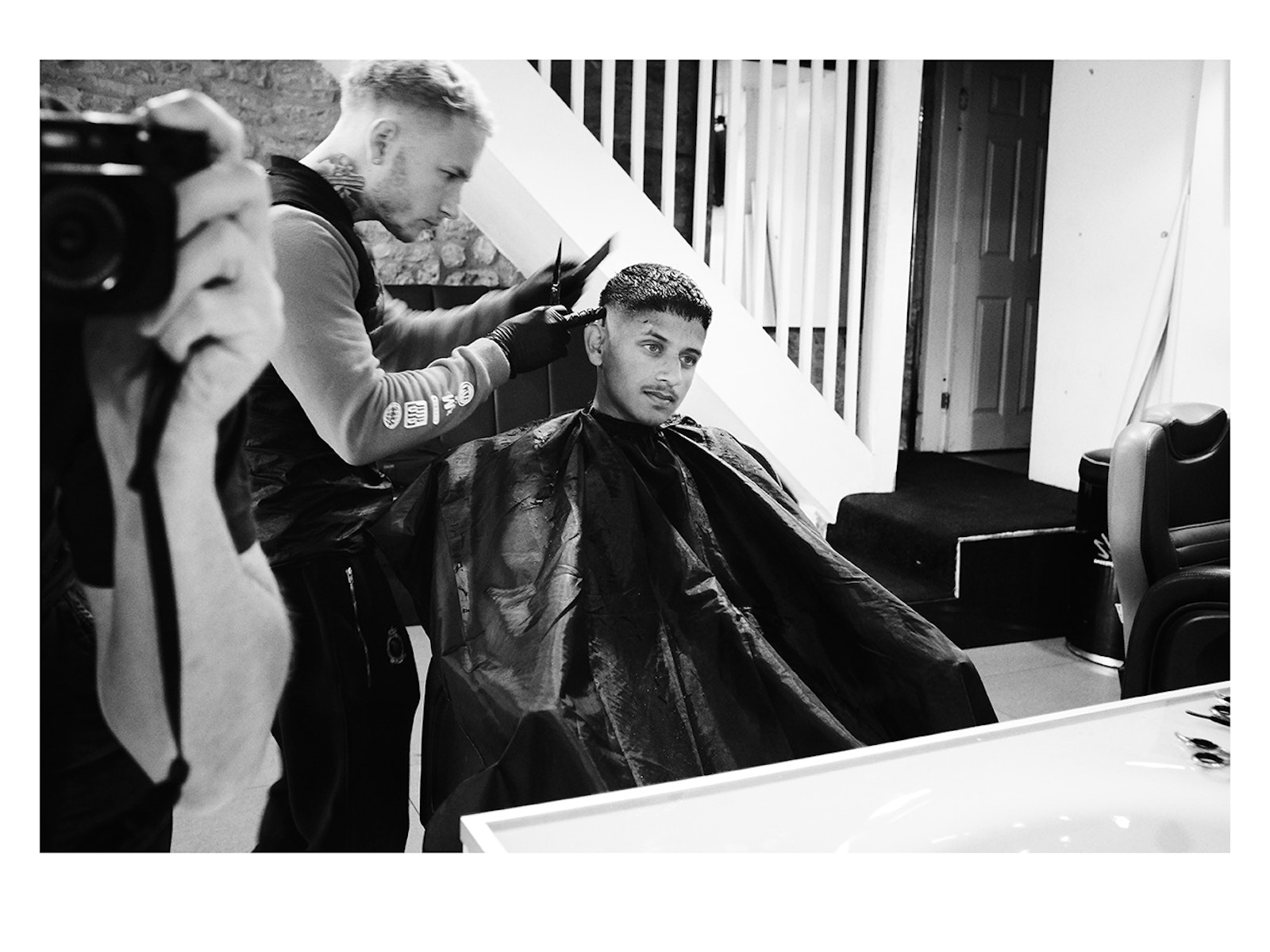 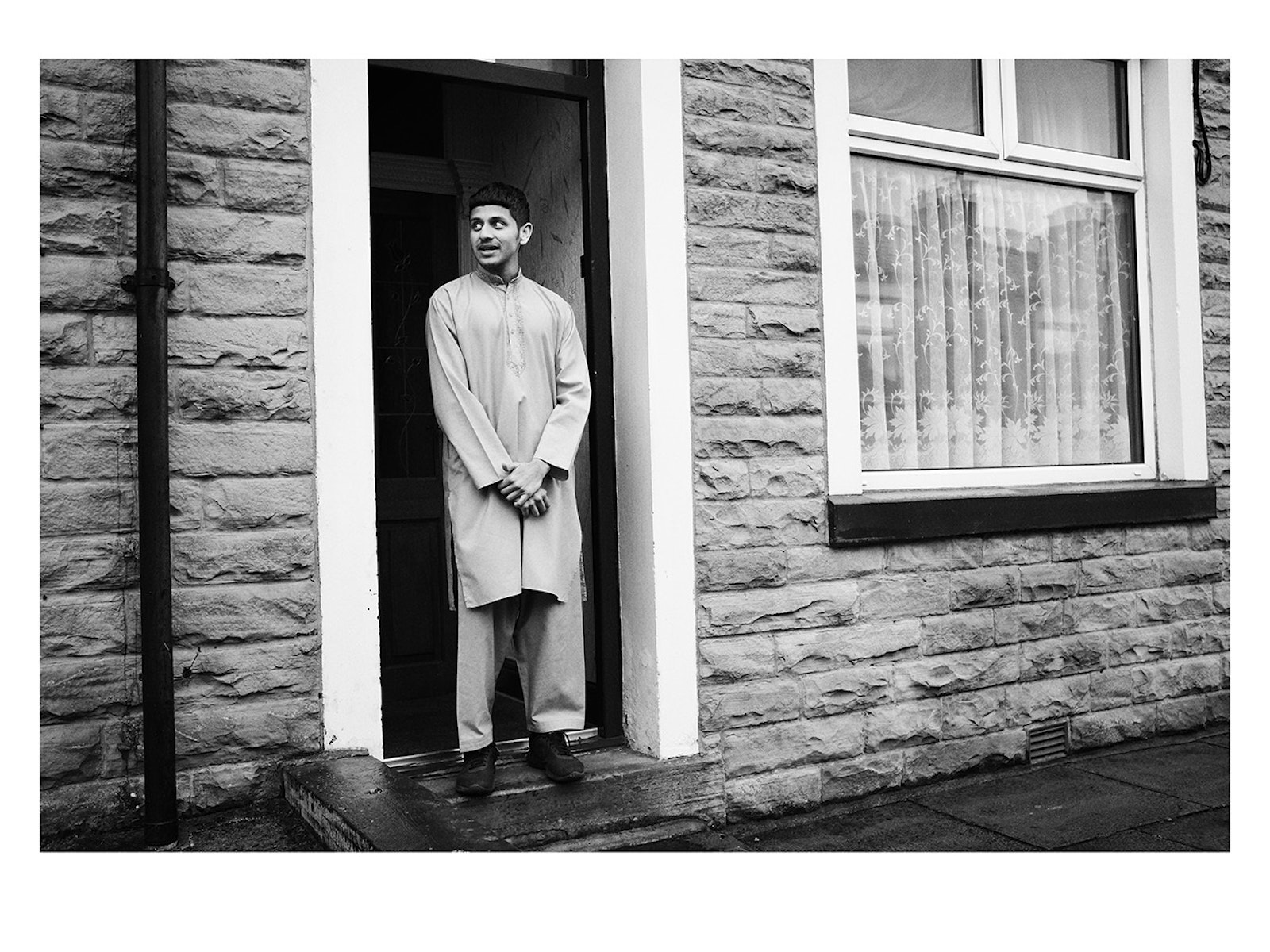 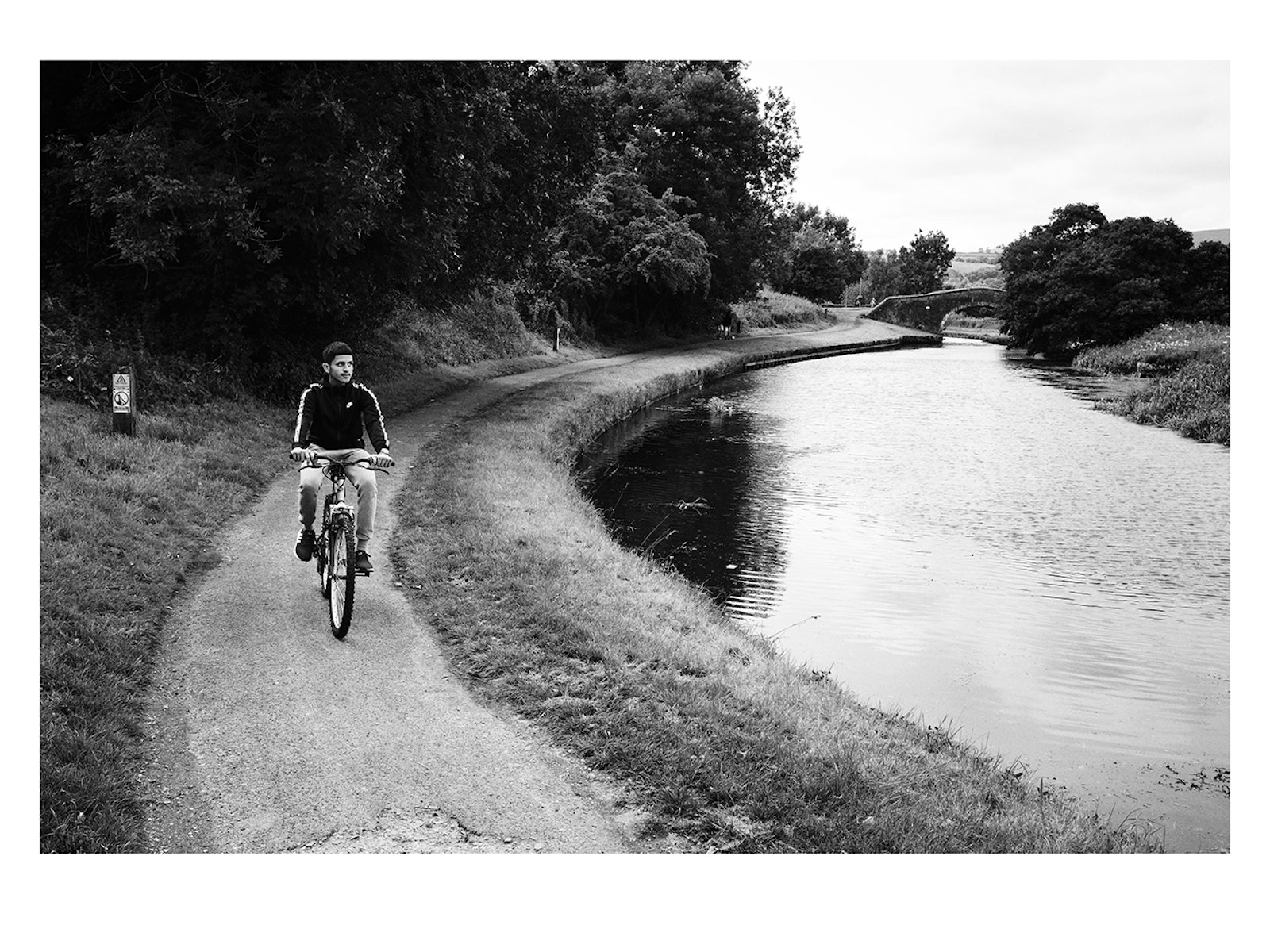 You guys have been meeting up for over seven years, ever since you met at the barbershop. How did the pandemic change it?

Sharaz: Well, the things that we did want to include in the project, such as me going to football, we couldn’t really do that once Covid started.

Nik: And we talked about me coming to the mosque, meeting your mum and dad, and doing all of that, but we couldn’t really do it under the restrictions.

Nik, with Sharaz being 12 since you first met, what changes have you noticed throughout his teen years?

Nik: He’s got a ​’tache now! He’s still very much the same. I don’t want to embarrass him, but he’s a very switched-on, socially conscious, emotionally intelligent, bright lad and I think that’s rare. When we first met, he was chatty, his eyes were bright and alive, and his brain was switched on. In a Northern comprehensive environment, the way you survive is not to stand out and to kind of dumb yourself down. Shiraz wasn’t like that at all. 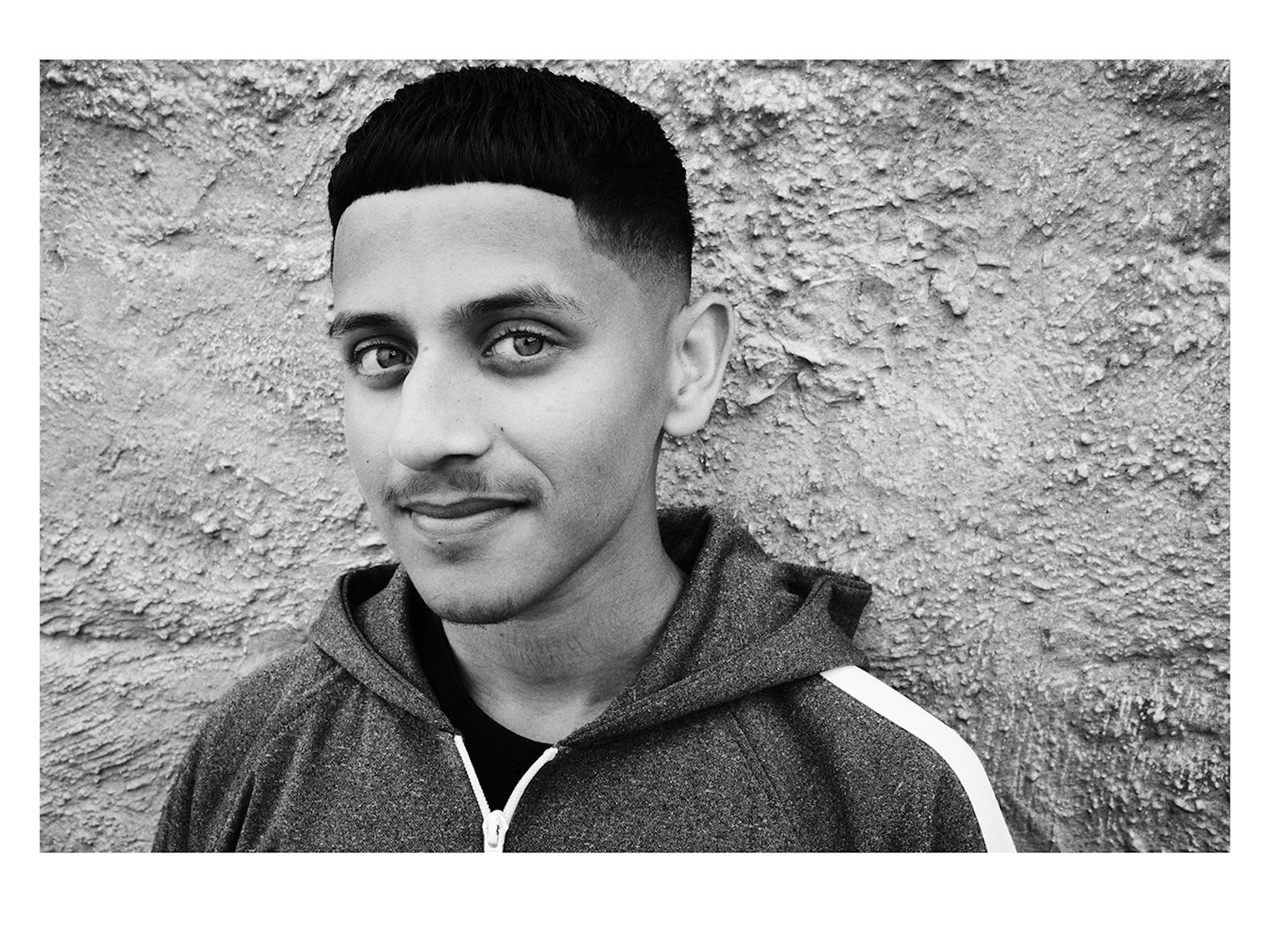 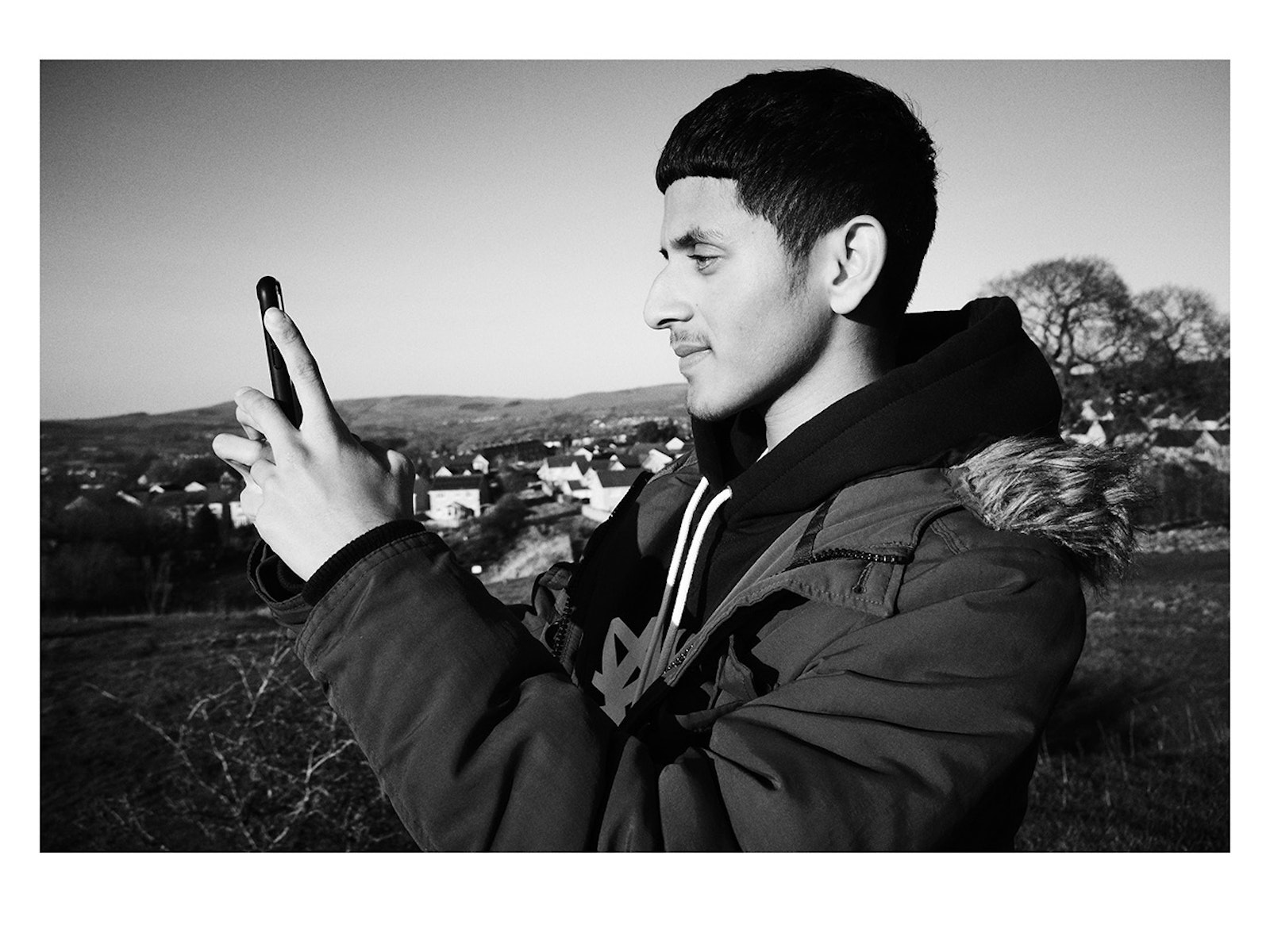 Sharaz, do you think there’s a lot of pressure to be hypermasculine?

Sharaz: Well, because of the media, I see a lot of posts taking the mick out of boys who aren’t strong and masculine, and they try to portray that in a negative way. But there’s also a side that supports men not trying to be hegemonic and traditionally masculine.

Nik: When I was at school in 1991, there was definitely an unspoken pressure to conform to a given way of behaving: dead arms, buying single cigarettes and being disrespectful about girls at school to look cool in front of the boys kind of vibe. It was quite a caveman attitude and an image that a lot of the boys tried to project. It was all about being the hardest or spitting the furthest. It was stupid, masculine bullshit.

Do you feel like men are able to open up more now, Sharaz?

Sharaz: Yeah, I think more men feel they can show their emotional side. I still think there is a sense of what Nick said, for example, in my school. But I didn’t see the point of trying to get attention from all the people in my year by doing the wrong things.

What’s special about your hometown, Nelson?

Sharaz: How close everybody is, especially around my neighbourhood. When the weather’s good, everyone is out, everyone’s having a chat, especially in my garden. All of my friends live around my area and my house is in the centre – we’re like a family.

Nik, you spent a long time documenting there. What kept you coming back?

Nik: The good people are really good up North. There are some things that I don’t like about it – it’s not a multicultural environment, it’s polarised. It’s not as bad as when I was a kid, where it was really just white kids and British Asian kids and nobody else. Everybody fell into one of two demographics. It was quite tense when I was a teenager. This is what makes me keep coming back to do these projects with kids from the British Asian community in this area, because when I was a child growing up here, it was kind of unofficially segregated in certain aspects. 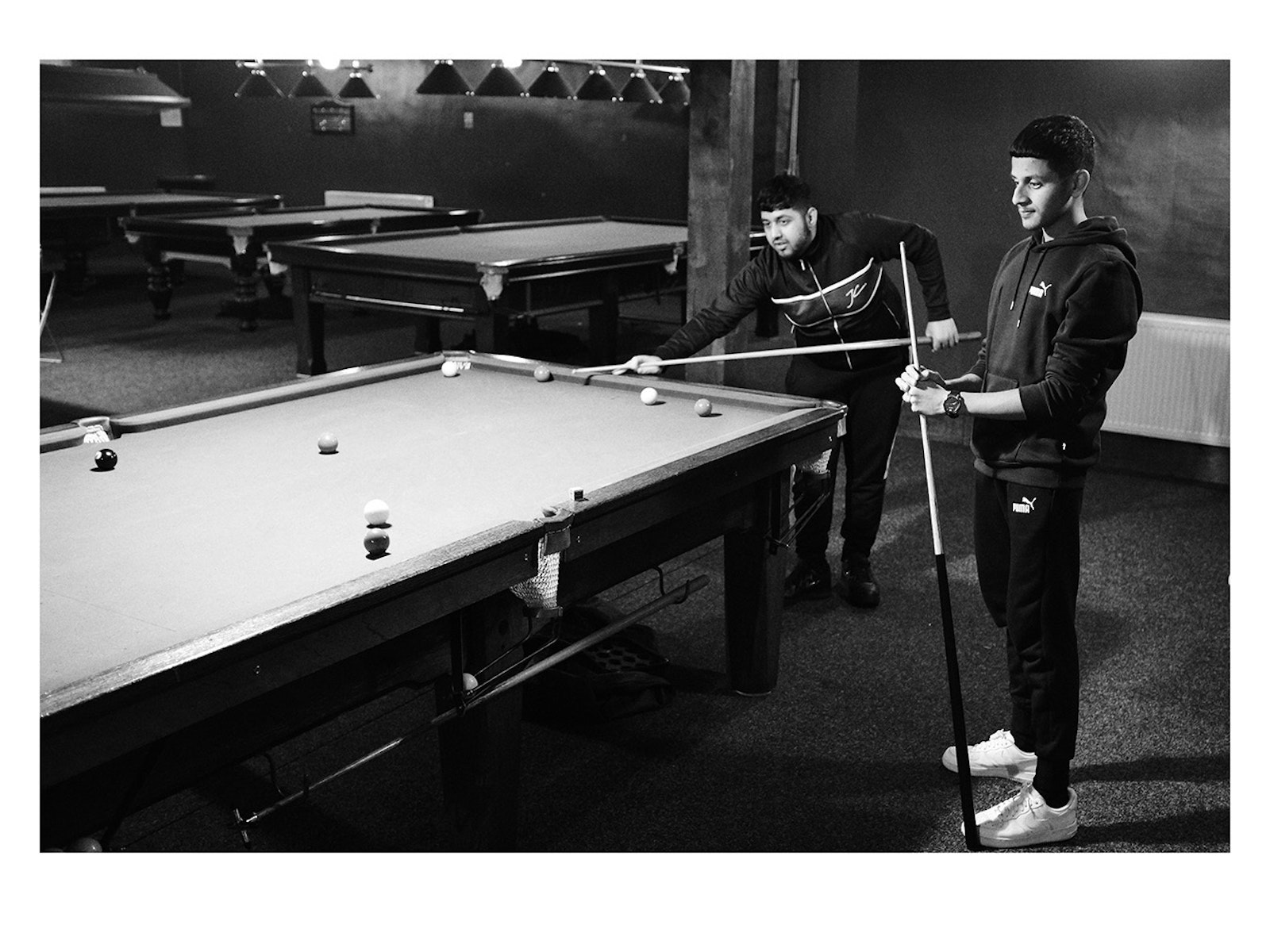 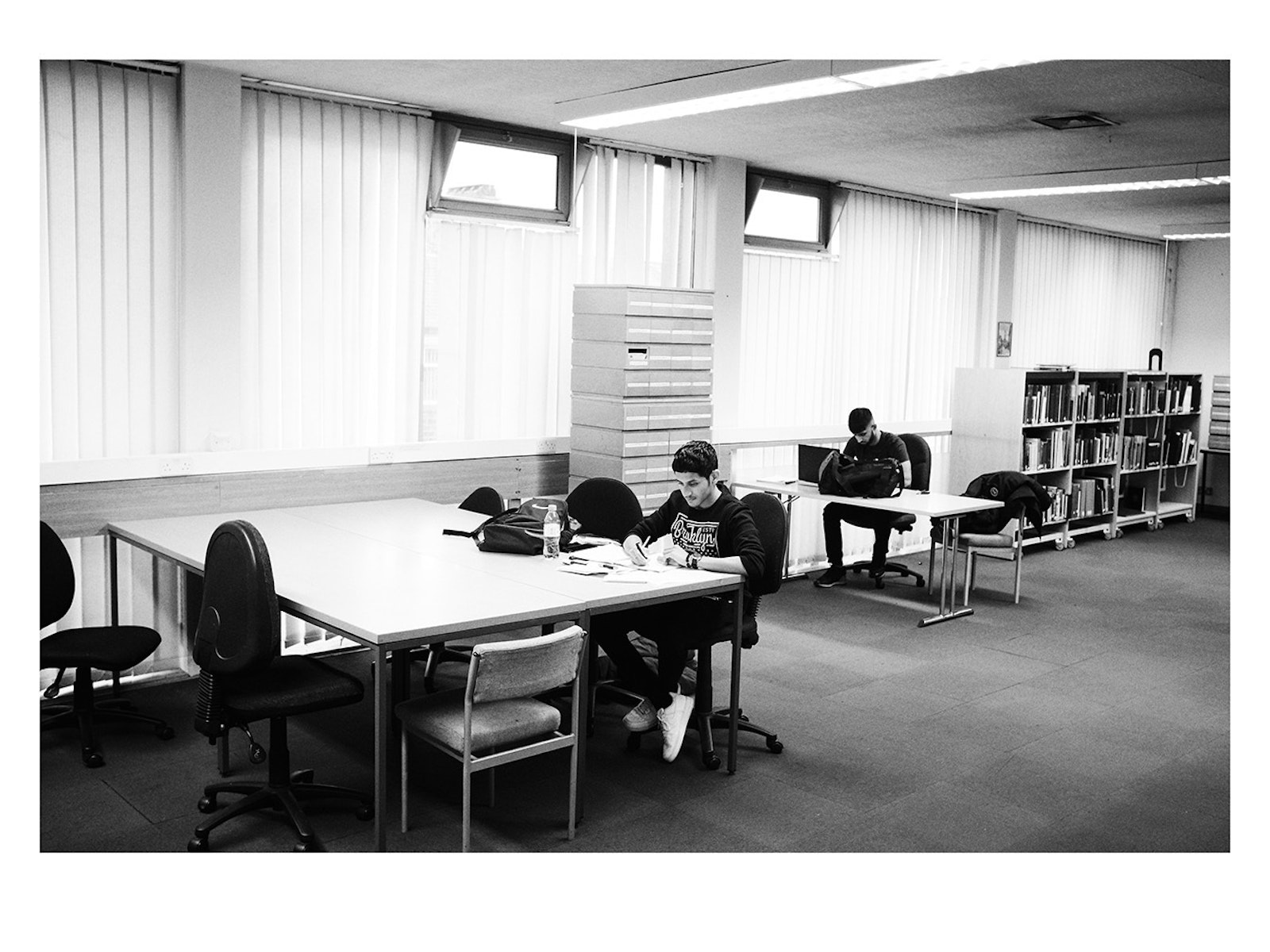 Sharaz, do you ever feel or encounter those racial tensions?

Sharaz: I don’t because of the people I associate with. I can’t remember a time where I’ve had a problem with anyone. I think if you ask someone who’s been part of that, where they have their own values, where you’re respected if you fight a lot, then probably yes.

What have you learnt from each other?

Sharaz: I’d never really had the chance to have a long conversation with someone from a totally different background. He grew up in a different environment to me where there was a lot of tension growing up, so it’s been interesting finding out what he’s experienced.

Nik: I’ve learnt to feel really positive about the younger generation in this area. I’m a parent now and I’d be really, really proud if my children grew up to be like Shiraz: switched on, communicative and open-minded. If he sets his mind to do something, I’m convinced he can do it. It’s easy as a grown-up to get a bit bogged down with the mortgage, nursery fees, car payments, tax, career anxiety… before you know it you’re a miserable old git. I don’t want that for myself and I’ve always tried to surround myself with energised, open-minded, bright people. And Sharaz is a great addition to my circle of friends.