In the Royal Albert Hall calendar, the BBC Proms is etched in stone – like Wimbledon for violins. Since the year 2000, however, Teenage Cancer Trust has also established its annual SW7 residency, seeing the likes of Paul Weller, Suede, Florence + The Machine, Paul McCartney, The Cure, New Order and Pet Shop Boys take the stage for fundraising shows, ringing out on March nights for both audience and charity.

Or rather they did. For the past two years, the event has been unable to go ahead. You already know why.

The silence of live music over the past 16 months has been piercing for both those who live by it and those who live for it. For a charity such as Teenage Cancer Trust, whose most prominent exposure and revenue is an annual series of gigs, it’s been grievous. Last year marked the event’s 20th anniversary, which should have been its most impactful yet. An accompanying exhibition and auction was even planned, titled One of a Kind. In it, musicians, designers and artists, some paired together, were asked to create 20 unique works on paper.

While the concerts look ahead, the exhibition is happening now, expanded to 21 works and running until Saturday 31st July at Westbourne Grove’s Maddox Gallery. 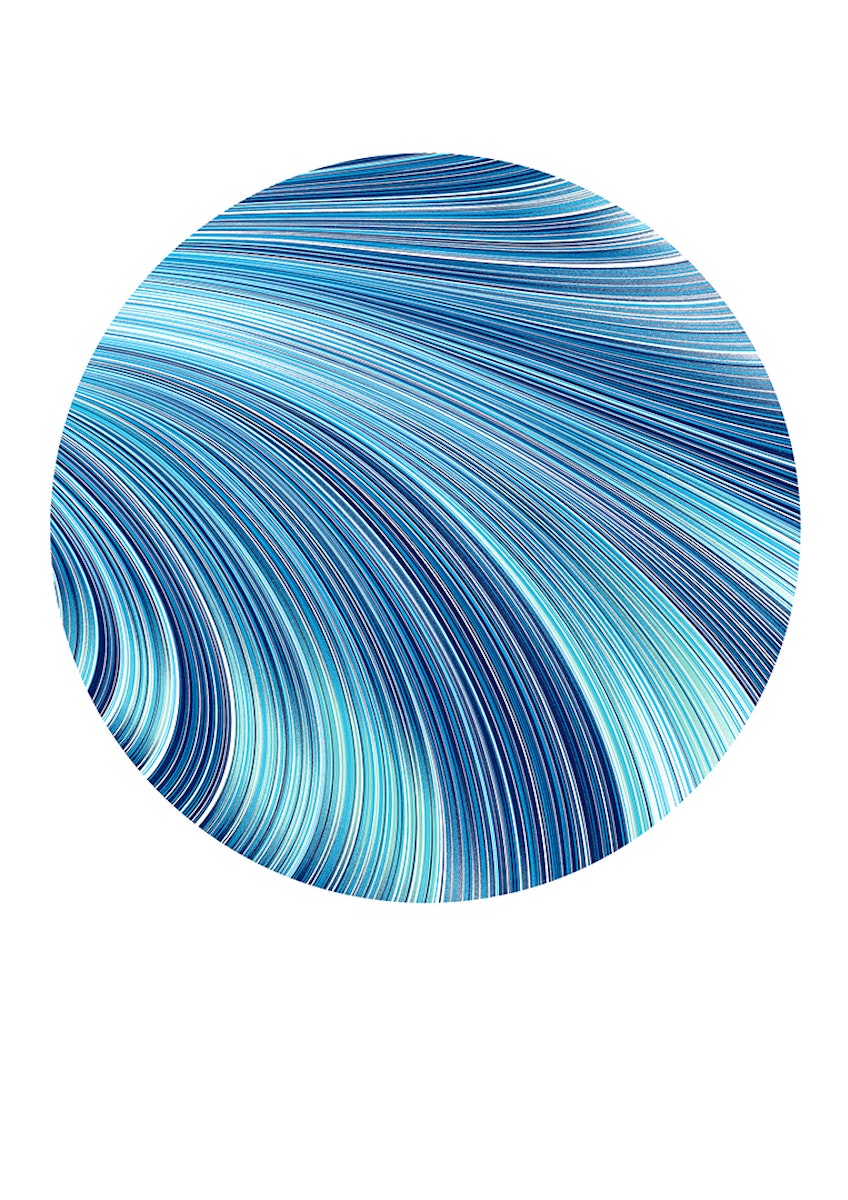 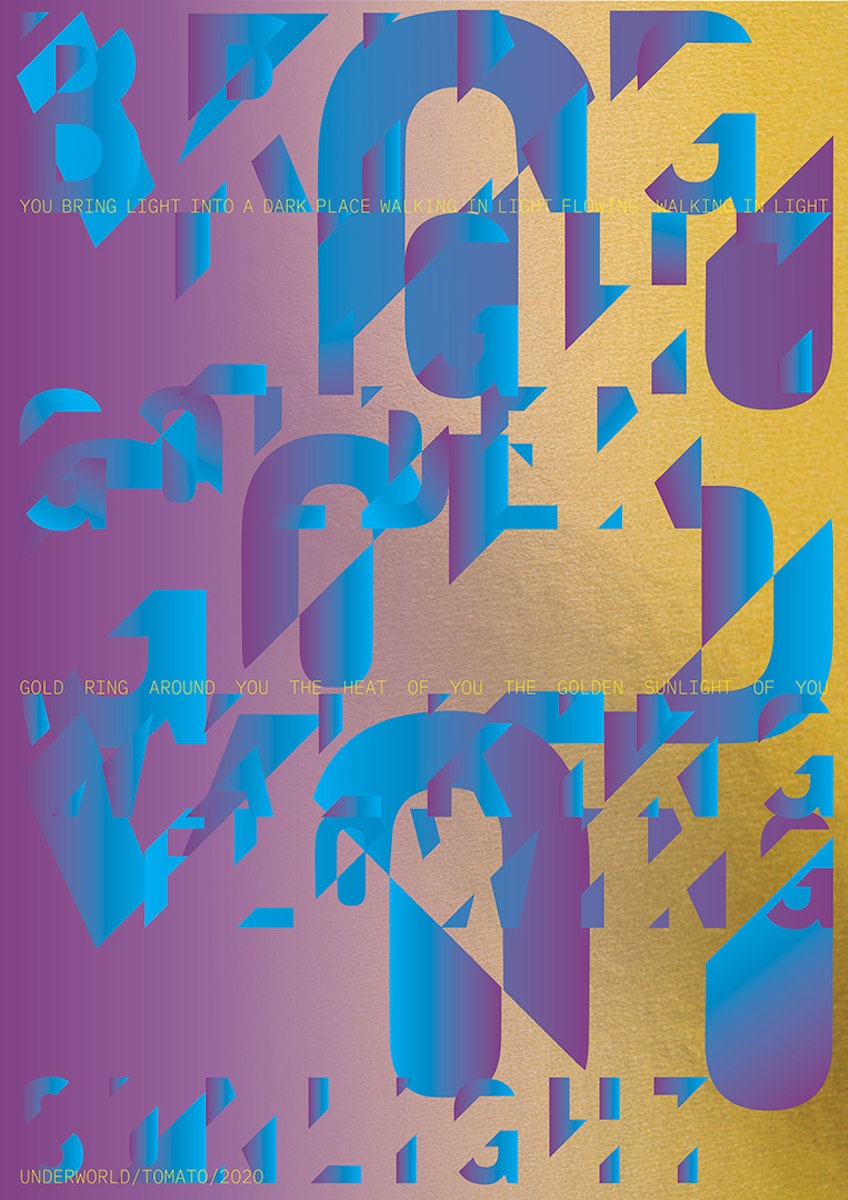 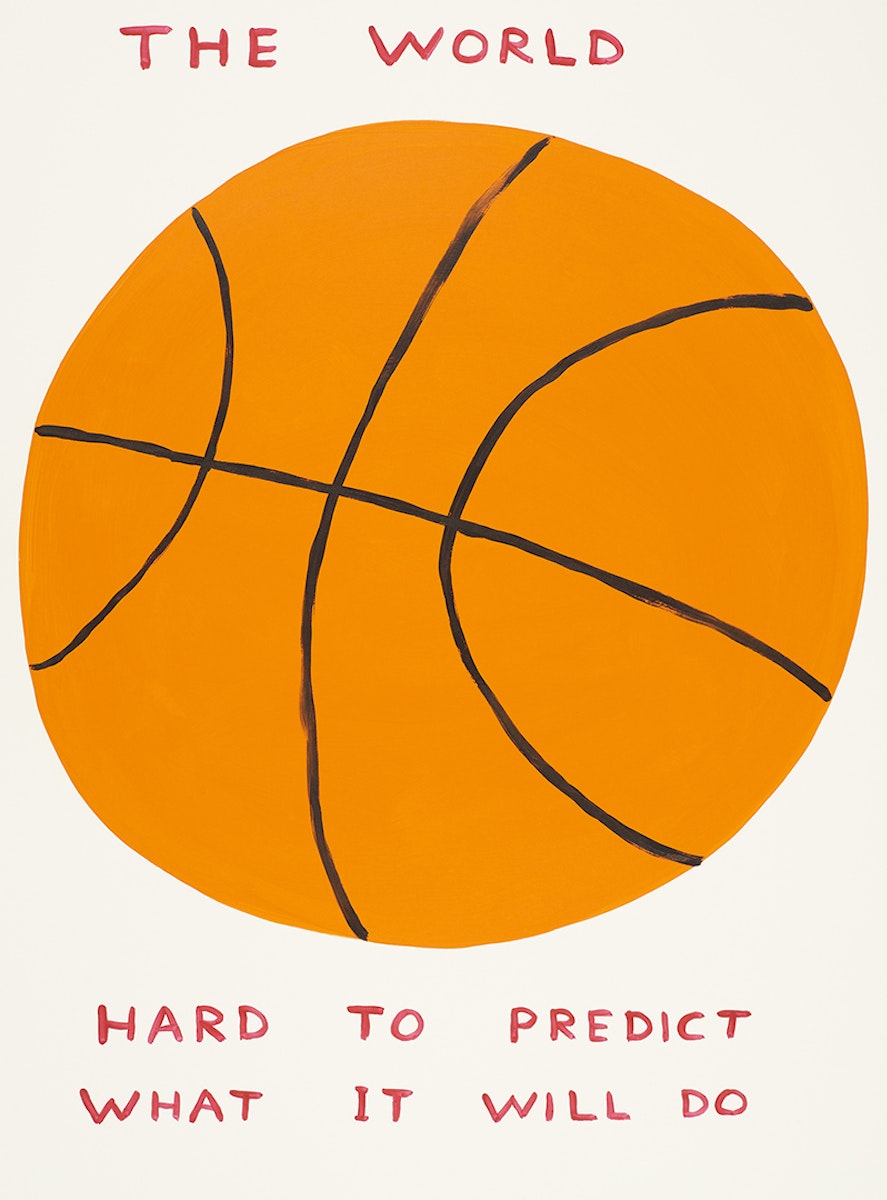 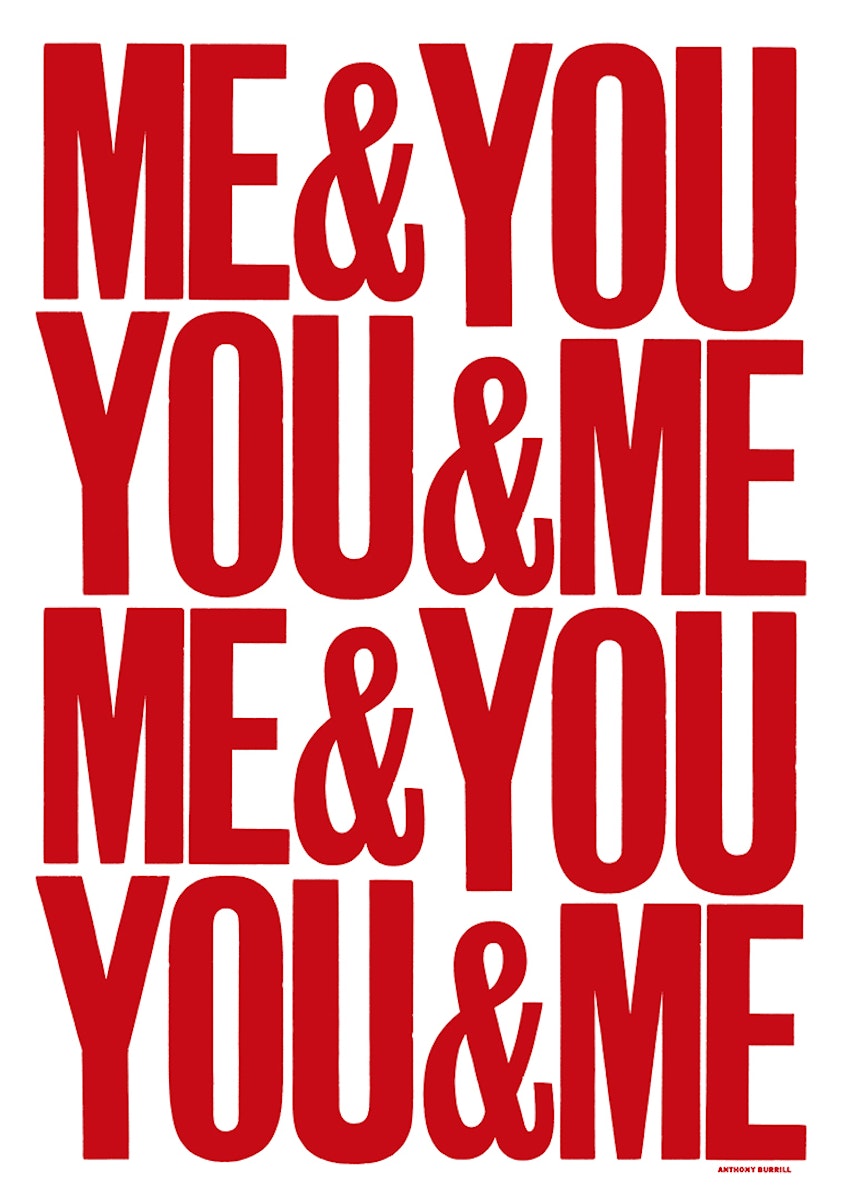 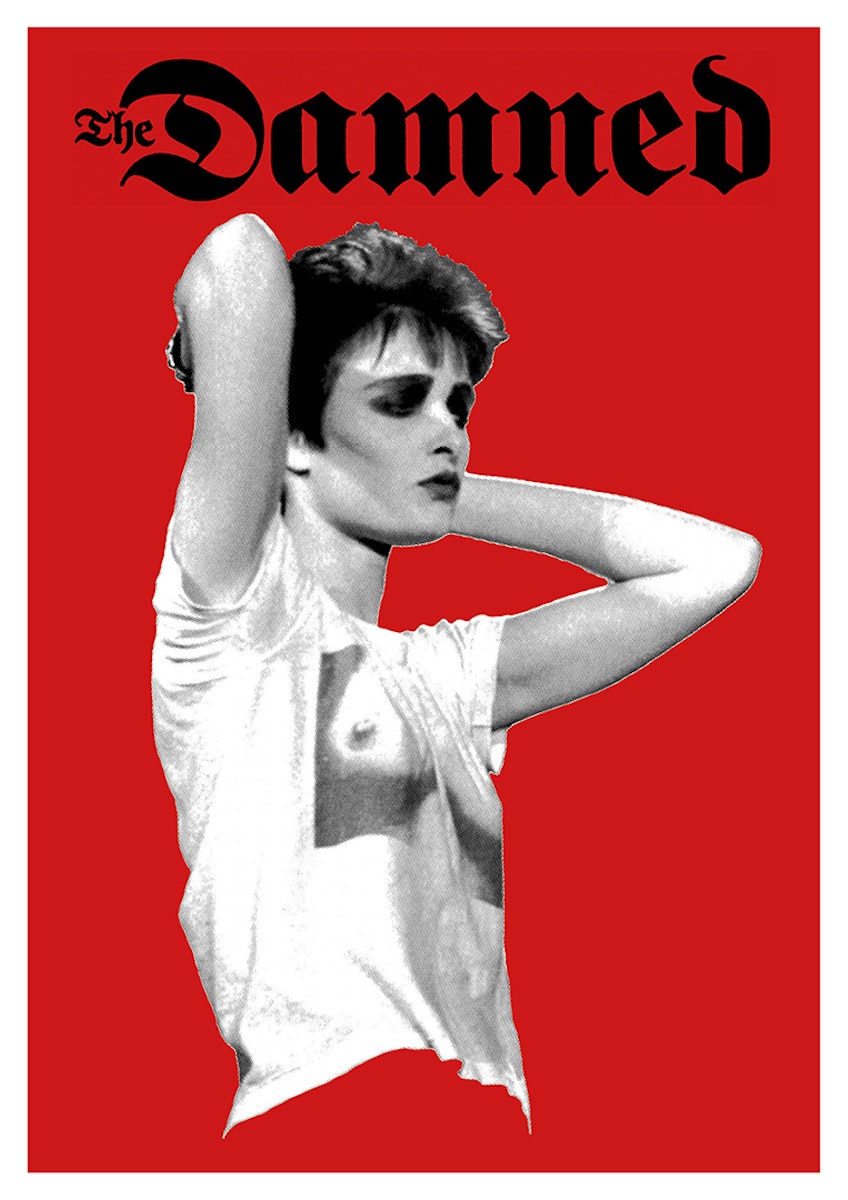 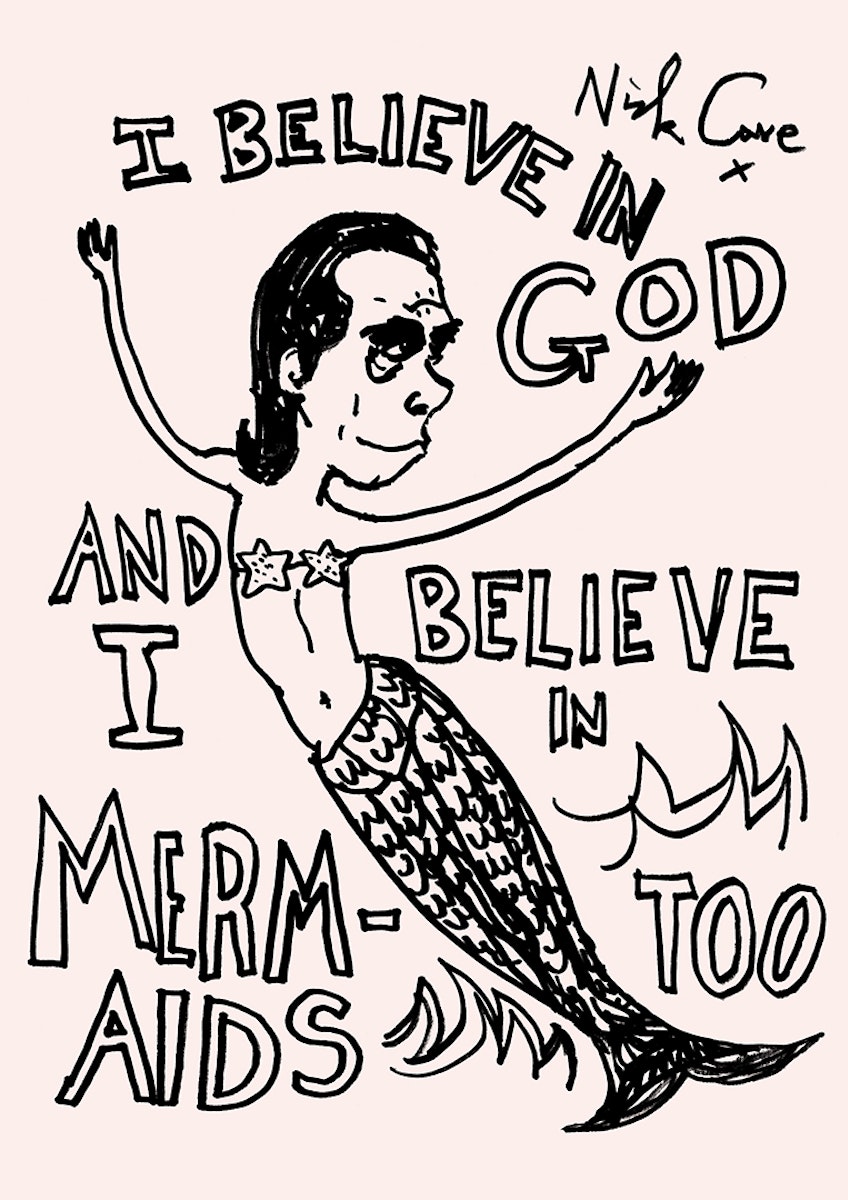 The One of a Kind project has been masterminded by sleeve-famous creative director Tom Hingston, the man responsible for the artwork of prominent records from the late ​’90s to now. His journey began with the identity for The Blue Note in Hoxton Square; not only the club, but most of its nights, from Talvin Singh’s Anokha to James Lavelle’s Dusted and Gilles Peterson’s Far East.

“It was a really exciting time musically,” Hingston remembers. (You could say if Manchester has Peter Saville, London has him)

If you don’t have a Hingston-designed record in your collection, someone within pinging distance of you will, such is the cultural impact of his collaborators. He has created imagery for the likes of Massive Attack, The Chemical Brothers, Nick Cave, Grace Jones, Young Fathers and The Rolling Stones, as well as directed videos for David Bowie and Jehnny Beth, who he turned marmoreal as a classical sculpture last year. There’s been work for (Lady) Gaga’s Nick Knight-era too. 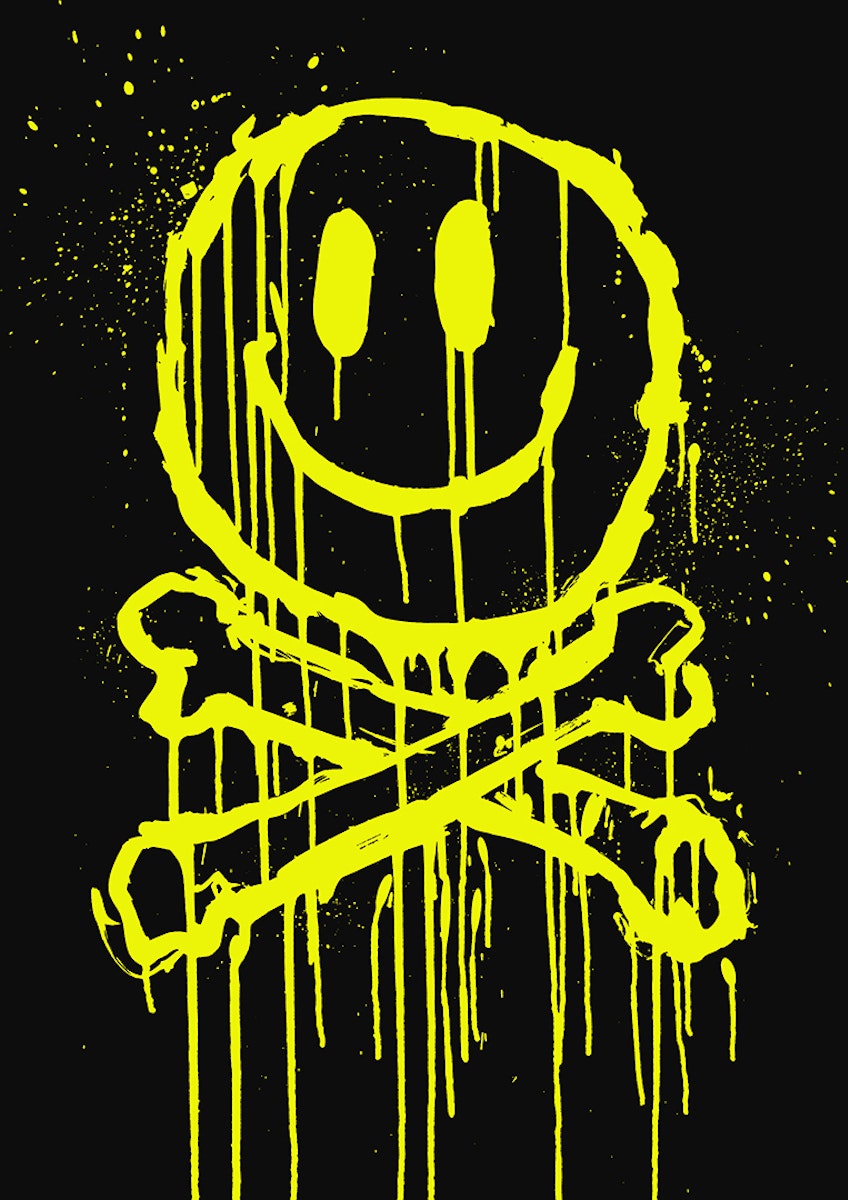 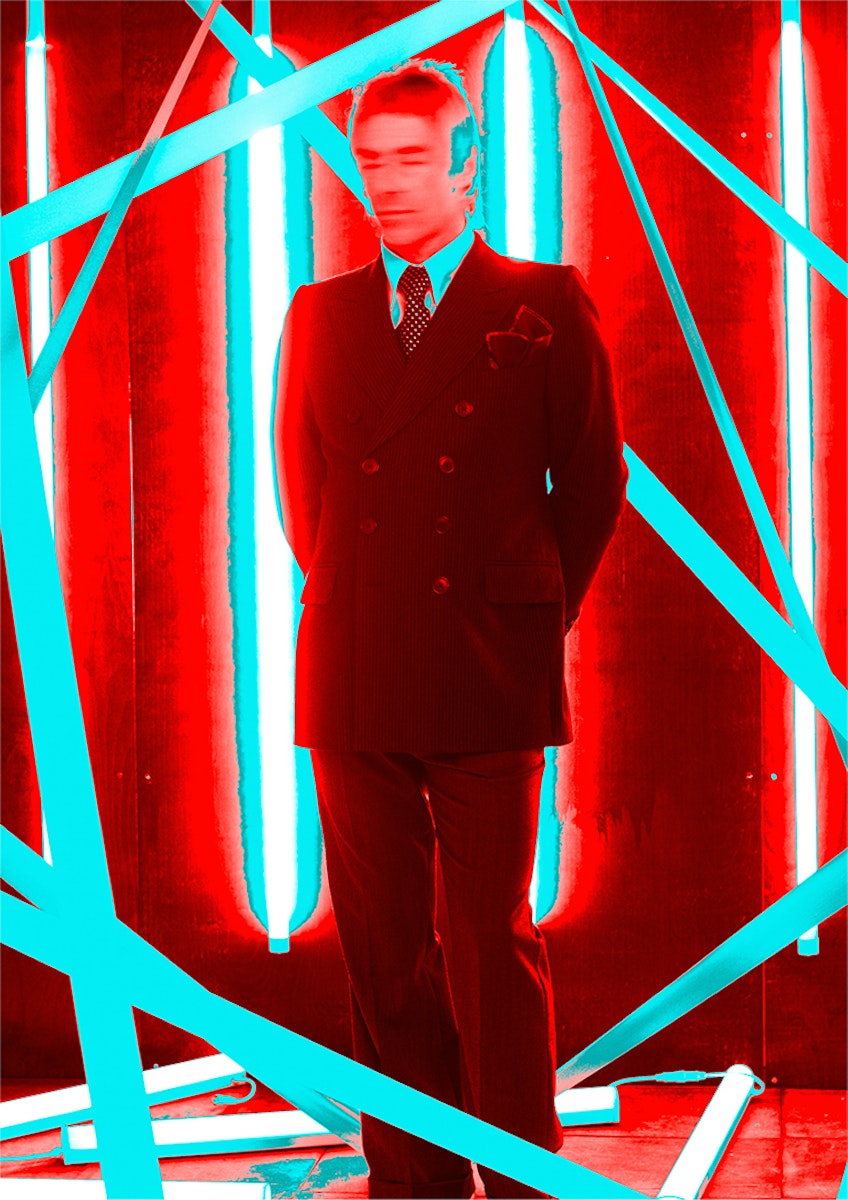 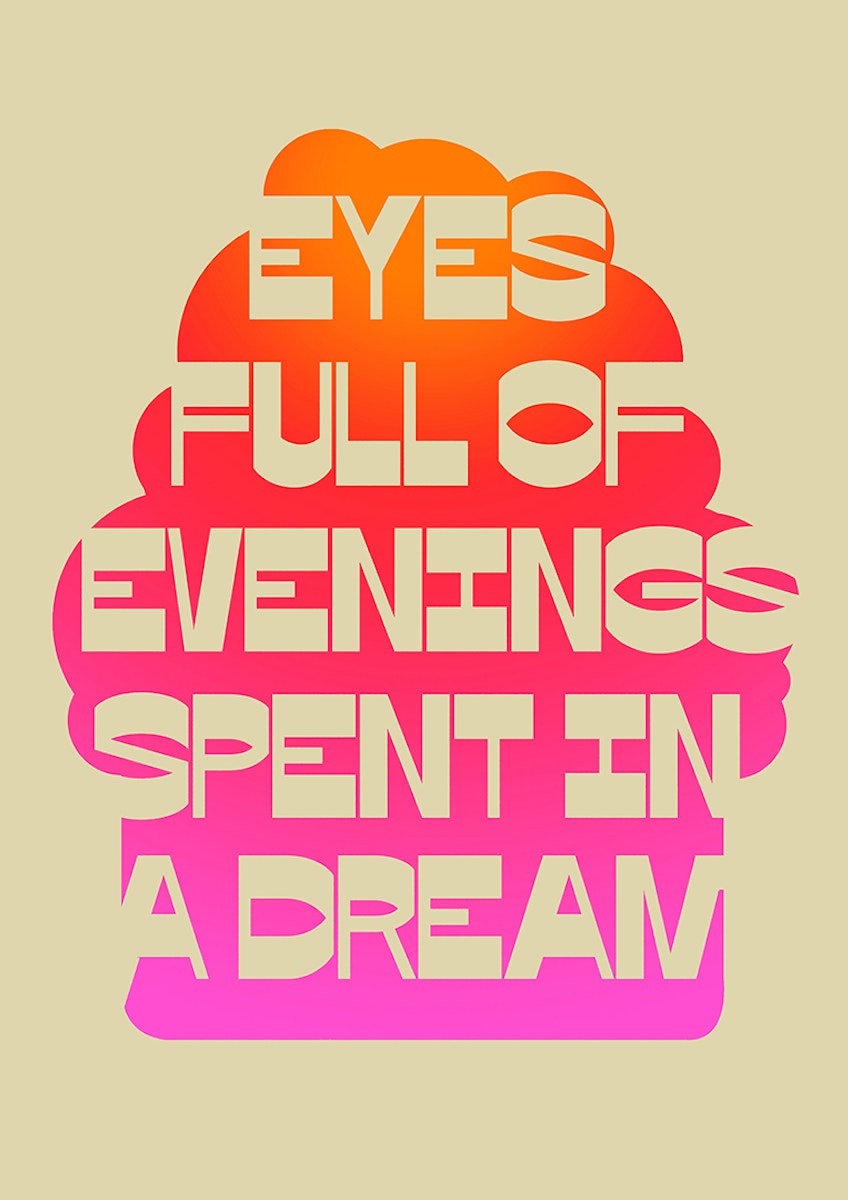 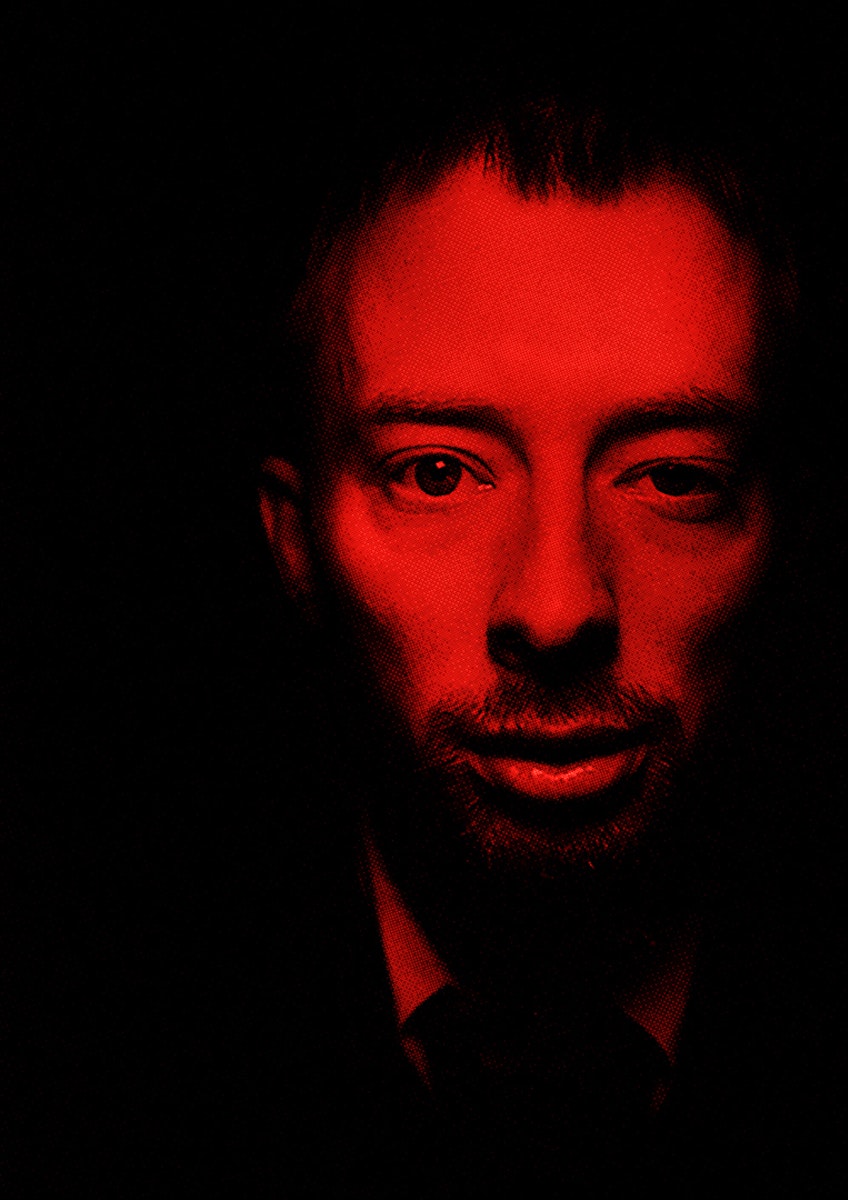 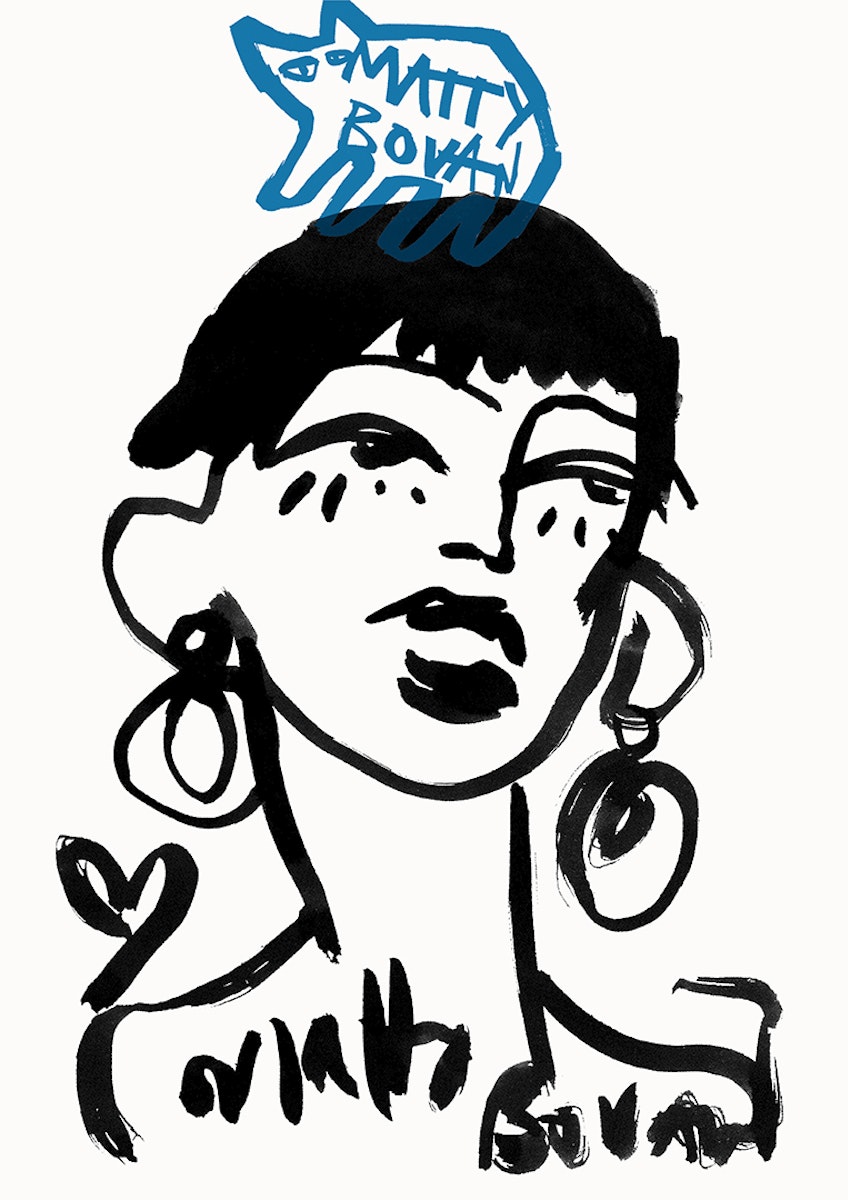 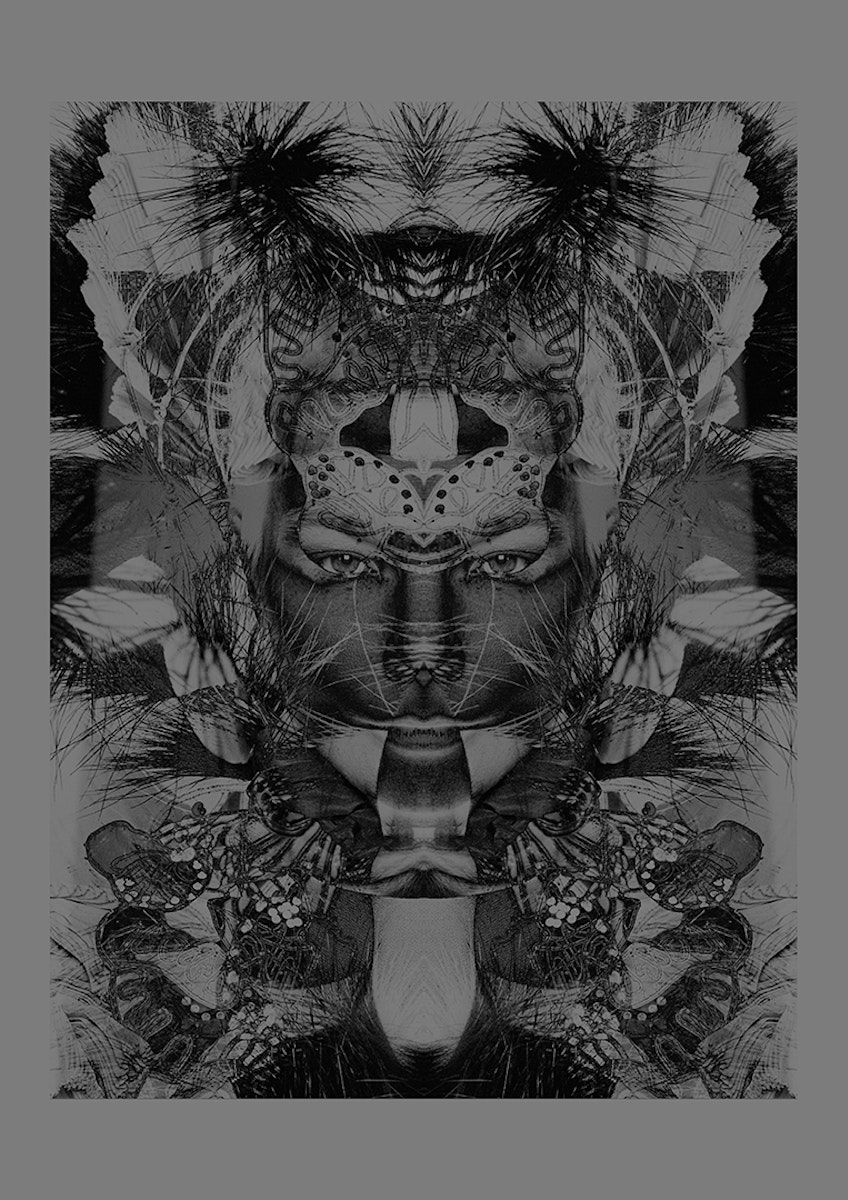 His studio – which has worked with clients such as Naim (something classy to listen on), Rolls-Royce (something unparalleled to travel in), The Vampire’s Wife (something formidable to wear) and Ruinart (something discerning to drink) – marked its own 20th anniversary in 2017, alongside its first encounter with Teenage Cancer Trust.

The year after, Hingston was re-realising his music sleeves as moving lenticulars, shown at Paul Smith’s curio-packed Albermarle flagship. As part of the occasion, Massive Attack’s Robert Del Naja had customised a few vintage biker jackets for auction and where the proceeds would go was instinctive: Teenage Cancer Trust.

“We were talking about Teenage Cancer Trust because of their connection to music and musicians,” explains Hingston. ​“I was invited to their main London ward at UCH, where I met carers and patients. Prior to the charity existing, if you were diagnosed with cancer as a teenager – teenager meaning up to your early 20s – then you would be sent to either a children’s ward or an adult’s ward, there wasn’t a special facility for young adults. Imagine having all of the anxieties connected to what’s happening to you and then being placed in a very alien environment – it’s extremely overwhelming on top of what you might already be experiencing as an adolescent. The wards and carers trained to look after young adults are vital.”

“Music plays a pivotal role in their patient care: talking about or sharing music is a way of connecting and getting people to open up when words can’t otherwise be found. Every single teenager has their individual taste in music; it’s such an important aspect of a young person’s life. I think, for me, that was really the starting point for this exhibition.”

Much of Hingston’s work – Nick Cave, The Chemical Brothers, Massive Attack – is a series of ongoing partnerships, friendships that push forward their creativity. This is something reflected in the contributors he has chosen too.

“[We’ve invited] image-makers and musicians who have established long-term working practices together – Thom Yorke and [photographer] Jason Evans, Mark Mattock and Stormzy, [Simon Taylor from] Tomato and Underworld, Warren, Nick and Björk… These works are another way of highlighting that notion of a community again and the power of artistic collaboration, so they’re important pieces in that respect because they are a statement of unity. In some instances we’ve even instigated new partnerships: Kam Tang and Young Fathers, Kae Tempest and Chrissie Abbott are both examples.

“As Mark Mattock’s Stormzy portrait has been acquired by the National Portrait Gallery, being able to reinterpret that as a silkscreen, which is now gold and black and white, having a completely different feel to the original, has been fun. We have amazing art-based silkscreen printers called K2 that have produced every single piece in the show.”

As Jehnny Beth said, on the mood of togetherness and lifting each other up: ​“The world pandemic has had an impact on everyone but if we have learnt anything from this year it’s that there is power in communities and the need to support each other.”

“Music plays such an important role in our formative years, but also beyond,” continues Hingston. ​“Memories, experiences, highs, lows. I feel extremely fortunate that I’ve been able to reflect some of those experiences directly back into my work.”