Football is all Harvey Peters ever wanted to do.

The 16-year-old from Norwich has played since he could walk. When he was seven, he began a year of under-eight trials at Norwich City, one of 40 or 50 kids every session. Then there was a ​“big cut”, which saw 15 to 20 boys signed and retained. Again, Harvey made the grade and, from the age of eight onwards, he was given a new contract annually.

Late last year, by now in the club’s under-16 squad, Harvey faced another cut-off point. Of the 16 players in his group, only six were retained. Harvey wasn’t one of them.

It felt like his whole world was being ripped apart – and not just in terms of his football dreams.

“I was mates with some of them for eight or nine years,” says the defender, who supports his hometown side and says the club’s full-back Max Aarons (currently the subject of transfer interest from West Ham) is his favourite player. ​“This would mean I might not see them ever again, because of this one decision. It’s hard to take that in.”

His dad, Keith, says the impact was massive. ​“What was frightening was how much pressure there was on Harvey. He was sort of put on a pedestal. But whilst you’re doing that, you’re also driving them forward a lot from a very young age: you must eat right, exercise right, do extra work, don’t eat that chocolate and those sweets…

“These boys give up a normal childhood of coming home, going out and playing in the park. At nine years old Harvey was training five times a week and playing on Saturdays. That’s his entire life.”

But in December, when he was released by Norwich City, that entire life was gone.

That’s where Integral Sports Management – and the agency’s co-founder, actor Ray Winstone – stepped in. ISM Chairman Peter Varney, a former chief exec at League One club Charlton, starts off by stating the obvious: ​“We want to represent players and get them the best deal possible.”

But their bigger goal, set out last month in a mission statement titled A Time To Act, is to protect teenagers like Harvey.

“He was a boy that was rejected by a club, but we wanted to help him get another club – because they don’t always make the right decisions,” notes Varney. ​“Chelsea released Declan Rice at 14 and Man United might sign him for £70 or 80 million in the summer. So clubs can make mistakes.

“But worse than that, 99 per cent of kids are actually released, never to return. They might go down and play non-league football, but they still go through that rejection. And as the game’s got more and more wealth, that rejection [from] the top level is even harder to take.”

He cites the case of Jeremy Wisten, a former player with Manchester City’s youth squad. He killed himself at home in Wythenshawe last October.

As the Manchester Evening News reported in November at the opening of an inquest into the 18-year-old defender’s death, the coroner requested a witness statement from the club ​“relating to Jeremy’s time there as an academy player and also the time both leading up to and following his release from the football club [in May 2019], detailing, if any, support that was given to him both from the period leading up to and following his release”. At the time of writing, the inquest is yet to report its findings.

“The stories in the press about boys committing suicide and facing mental health challenges following release by clubs is what first caught my attention,” says Winstone, who launched ISM in March 2020 with his friend Gary Pettit, CEO of City commodities traders ED&F Man. ​“The more I looked into it, the more I saw it was becoming an increasingly common issue.”

As a youngster, before the acting game came along with 1979’s one-two punch of Scum and Quadrophenia, the 64-year-old Hackney native (a West Ham fan) and star of multiple film and TV dramas, was a fancied boxer. A welterweight, Winstone was a three-time London schoolboy champion and boxed twice for England. But his fight career never took off, so he could relate to the challenges faced by teenage footballers let go by clubs.

“It is rejection from a sport you love,” he recalls. ​“When you’ve dedicated time, made sacrifices and also dreamt of future success, it’s heartbreaking that that journey can then, for some, have an abrupt end.”

This month, ISM are meeting the Premier League and the English Football League with a three-pronged proposal for a system to help newly released players. Winstone describes it as ​“the setting up of a sponsored online referral service to (a) offer mental health and well-being support, (b) advise on further education opportunities [like] universities, colleges, online, USA colleges… and © job opportunities with key partners like the Army.”

Explaining why now is the time to act, Varney, mindful of his financial responsibilities to his players as much as he is his role as a guardian, says: ​“At the very top of the game, the riches that go with being a Premier League footballer now [are] £50,000 a week, on average. When you’re taking that away from a young player, you’re destroying all sorts of dreams in one go. For the strongest ones that will lead to a few tears and a little bit of depression. For others, that could be the end of their lives.

“That’s why it’s time to act. How many more of these cases do you need before somebody says there’s got to be a better system? We can’t sit on our hands.

“So,” Varney continues, ​“what we’re saying to the Premier League is, ​‘we understand that with the vast amount of money you’re putting into football, you have to look after the ones who have professional contracts. That’s what you’re about, producing players for the first teams. But somebody has to look after the other 99 per cent.’ There’s no [need for] more depression, more suicide, at a time when young people are already having it particularly tough with Covid and lack of job opportunities.” 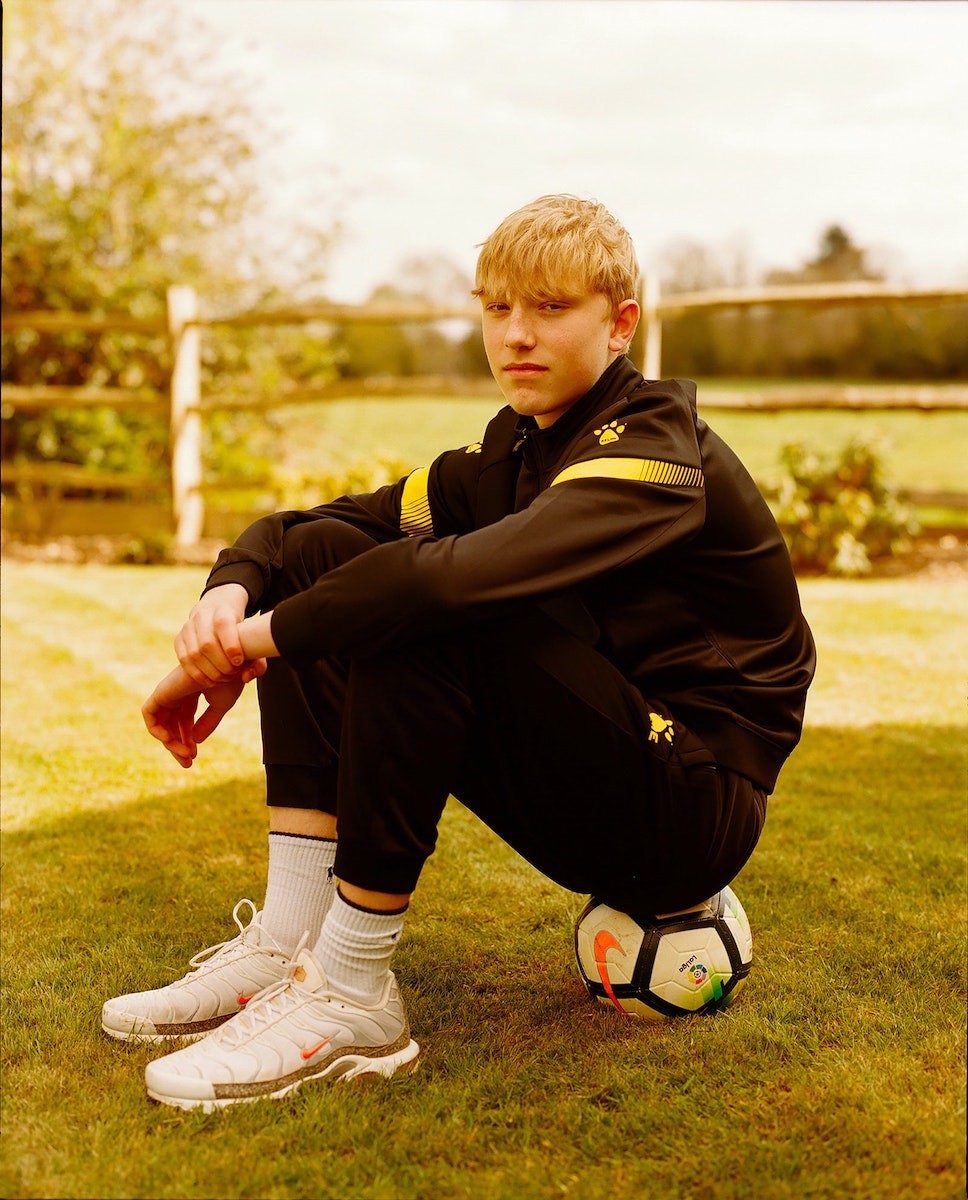 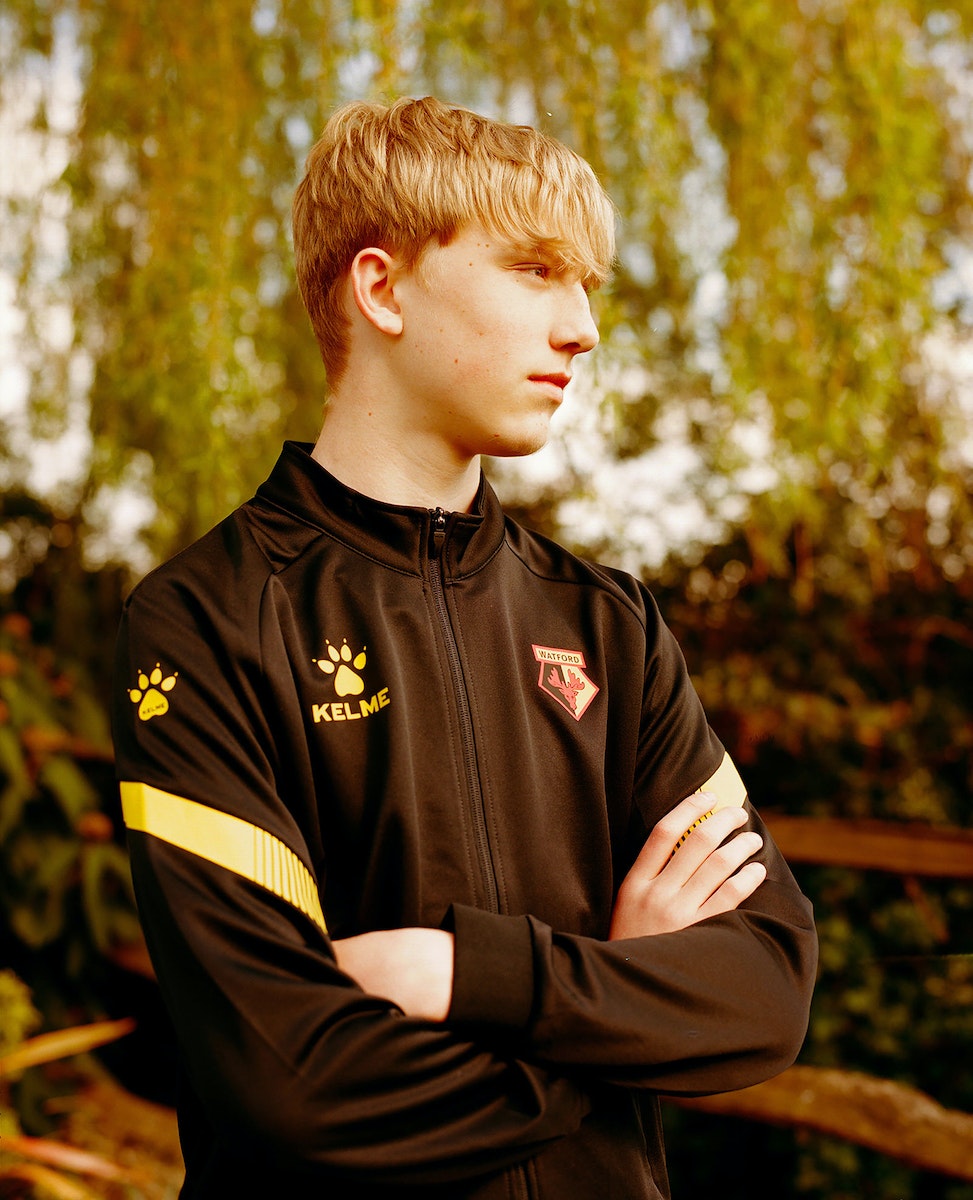 Luckily for Harvey, ISM had his back. Yes, his dad credits Norwich City for ​“put[ting] his name out quite quickly and we had phone calls from a lot of clubs from all around the country. But Integral know what clubs are looking for and they wouldn’t let a kid drag on at a club where they didn’t think they were going to make it.”

“We didn’t know what we were doing, really,” admits Harvey, ​“but Integral backed us with everything. They put out information about me, my strengths, my weaknesses, so clubs fully understood me and the potential that Integral saw in me and the player I could turn into. So, yeah, that was huge and it made clubs lots more interested in me.”

Earlier this year, Harvey ended up with two scholar offers from League Two sides. But then Watford FC came along. ​“This was a Championship team trying to get into the Premier League. And I want to be at the best standard possible. I don’t think Watford would be there without Integral.”

Harvey and his dad followed his head and heart, and signed with the side who, at the time of our interview, seem set to win promotion this season after only a year in the Championship (alongside, ironically, Norwich City).

Still, having dealt with the shock and pain of rejection, this 16-year-old, who’s been in the club system half his life, is sanguine about his prospects.

“Football is a dangerous game,” he tells me over Zoom from his Watford-approved digs in rural Buckinghamshire, half an hour from Vicarage Road. ​“If it goes wrong, it can really go wrong mentally, so it’s a risk. But at the end of the day it’s business and, if you want to get the rewards, you have to take risks and deal with the setbacks.

“I knew that when I went into football, so I was prepared for it. But being released was my first setback and I didn’t know how bad it would feel at the time, how raw the pain would be. But I think I’ve dealt with it pretty well so far.”

Equally, the reality is that Harvey’s signing with Watford is a two-year apprenticeship.

“After two years, the same could happen again – he could be released,” says his dad. ​“But we know that, he knows that, we’re very clear on it, so at least he’s prepared. Because if you’re not, it’s a helluva shock, like it was at Norwich.”

But for now, Harvey’s keeping his head down, his boots on and his mind on the game. What’s his message to young lads in club youth squads who are coming up to the under-16s crossroads he faced?

“Don’t get carried away with how successful you are at the moment,” he replies. ​“You might think you’re doing well, but in the end, football is decided by opinions. Maybe the academy manager thinks the opposite to what you’re thinking. So don’t think it’s too easy, or just go in casually every day, train, get into a routine… Always train your hardest and do your best, because you never know what’s gonna happen.

“But being at Watford is probably the most I’ve enjoyed football in a while. It’s a fresh start and I’m playing with a bit of freedom. I just feel relieved that I have a new career ahead of me. It’s helped my confidence. I’m happy to play football again.”