When 22-year-old Mair Howells was invited to a friend’s birthday party last February, she expected to have the time of her life. But what should’ve been a night of celebration, dancing and clinking glasses left her with a split chin and fractured wrist. ​“I remember having a first sip of my drink and then I blacked out,” she tells THE FACE.

After purchasing three rum and cokes at a South London bar, Howells briefly turned around to pass the drinks to her friends. She then took a sip of her own drink and lost all recollection of the night. Her 18-year-old sister, who had also been spiked two months prior, had to take her home. ​“My sister found me in the boy’s toilets with a smashed face after I had fallen over,” she says. ​“I woke up in bed the next day fully clothed. I didn’t feel hungover. It felt like a weird dream.”

When she was taken to the hospital the following day, she had a fractured wrist and the A&E nurse told her that the nature of her injuries meant that she had been spiked. ​“It was a tough pill to swallow knowing that someone had done this to me,” she adds. The next day, Howells’s mother went to the venue to ask for CCTV footage, but the manager claimed the camera on the bar area had been covered by fairy lights. ​“It made me really suspicious,” Mair says. ​“I didn’t know if it was someone at the bar or someone who was at the party that night. As women, we’re made to feel like we should have eyes in the back of our heads. If I’m trusting the staff to make me a drink, what can I do?”

There were more than 2,600 reports of drinks being spiked in England and Wales between 2015 and 2019. And while drink-spiking of course isn’t new, as incidents often go unreported, it’s difficult to know the extent of the problem.

After her experience, Howells launched @IveBeenSpiked, a platform dedicated to raising awareness of drink-spiking. She has created posters to educate young people about the risks and what to look out for, as well as how to protect others. ​“Often when we’re too drunk, bouncers and venue owners kick us into the street, leaving us in a vulnerable situation,” she says. ​“That’s not the level of care we expect. But sometimes they don’t know the difference between being drunk and being spiked.” Howells has so far delivered posters to venues in London, Brighton and Manchester. She’s also trying to get in contact with festival organisers.

The most commonly used date rape drugs are Rohypnol (i.e. being”roofied”) and Gamma Hydroxbuyrate (GHB), but any drug can be used to spike drinks, such as ketamine and LSD. Common symptoms to look out for include difficulty concentrating or speaking, loss of balance, blurred vision, memory loss, paranoia and hallucinations, among others. Most victims who are unaware that they have been spiked don’t report it if they end up getting home safely with the help of friends, a taxi driver or bar staff. And police only tend to deal with cases if a sexual assault has occurred.

Esme Hollier, from Essex, had her drink spiked with an unknown substance by a stranger in March 2015 while clubbing with friends, an experience she is still traumatised by. She was on her third glass of wine when the incident occurred. ​“I was told by my friends that I had disappeared for about 30 to 40 minutes,” she says. When Hollier became unresponsive on the dancefloor, the bouncers kicked her out of the club. Her friend *Ethan followed her to make sure she got home okay. ​“I don’t remember any of the time I spent in the club or the time I was missing, except that there was a point in time when I was in darkness and I didn’t really understand where I was or what was happening. I also remember this feeling of complete dread, like I knew I was in danger, but had no idea how to make myself realise what the danger was or how to leave the situation.”

As she and Ethan walked past another club, Hollier bumped into her boyfriend, *Peter, who worked there. At first, he was shocked at Hollier’s condition and couldn’t believe she was so inebriated. ​“Ethan was denying that there was anything wrong with me, and kept saying I’d had too much to drink.” More disturbingly, Ethan had said that Hollier started talking about being in an alleyway and someone making her do things she didn’t want to do. Her boyfriend called the police.

“I don’t remember getting to the police station or giving the statement I made about what happened to me,” she says. ​“But I do remember the paramedics arriving and taking my blood to work out what I had been drugged with. I remember him [the paramedic] shining a light in my eyes and saying, ​‘yes, she’s definitely been drugged.’ To this day, clinical environments and blood tests are a major trigger for me.” 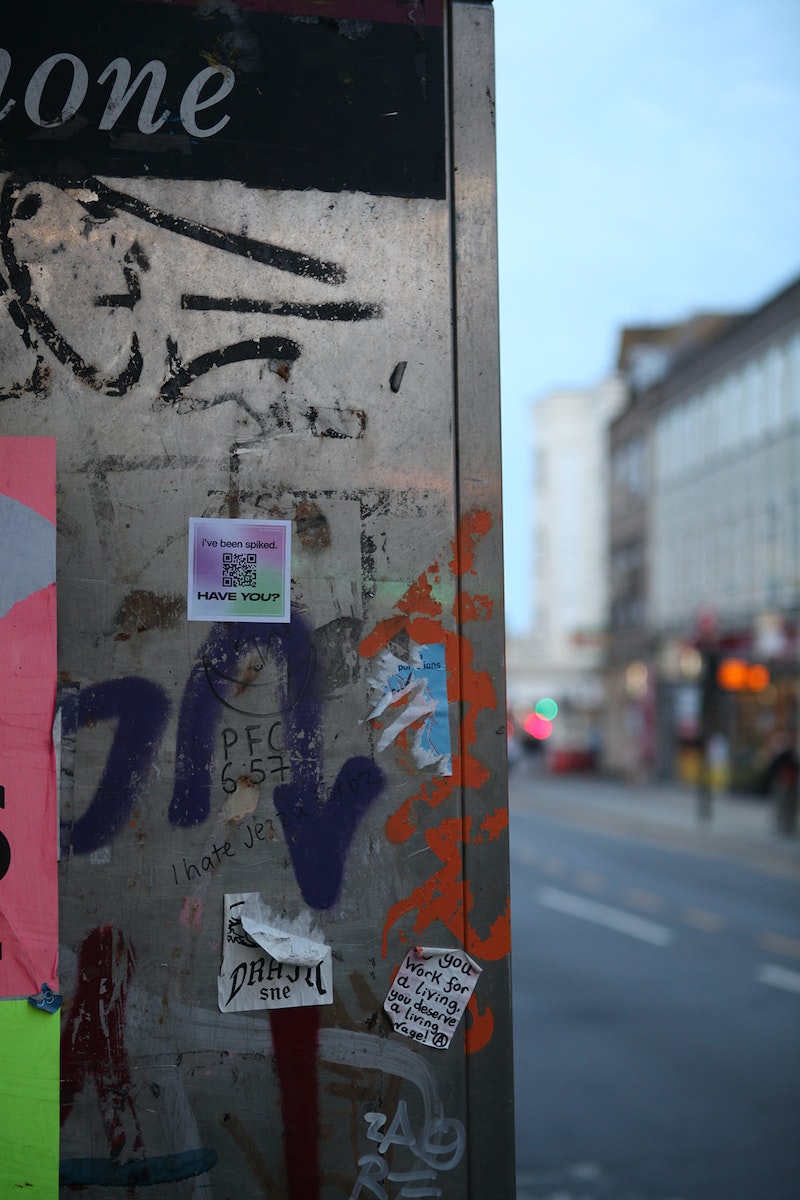 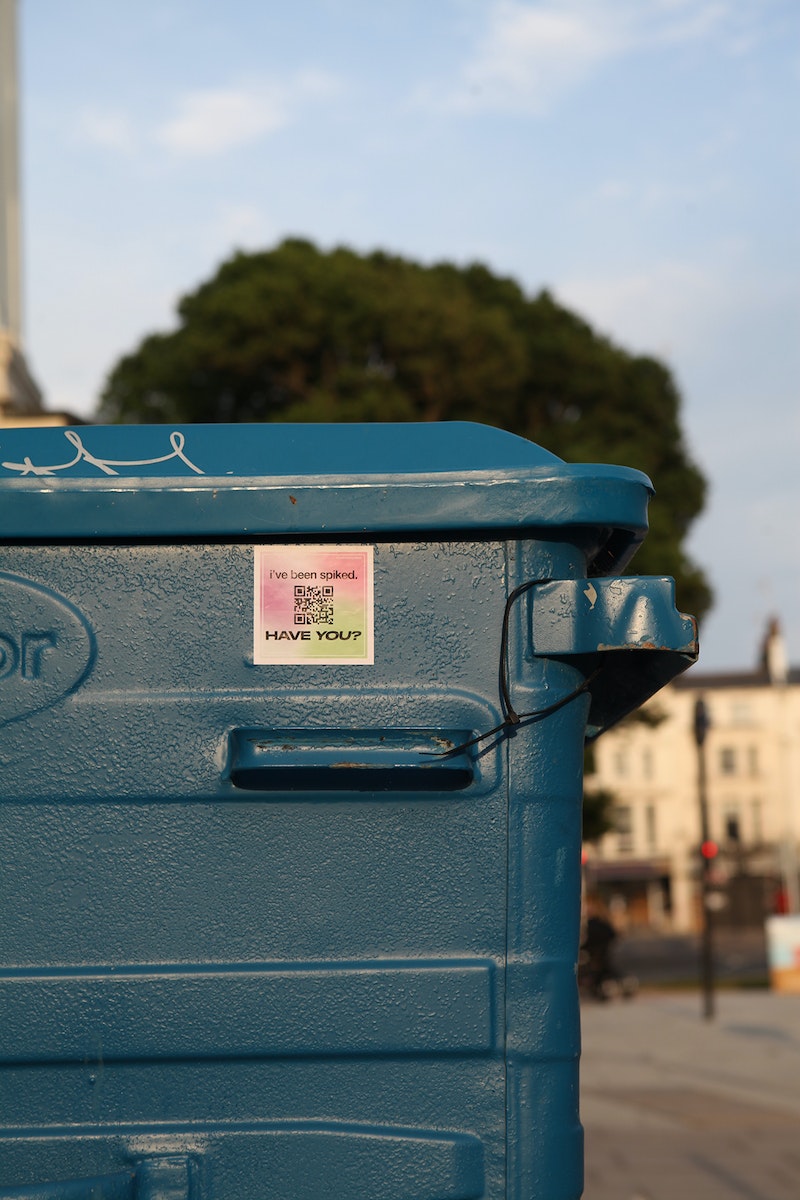 Read now: how to help a friend who has been spiked

The next day, Hollier had to return to the police station to speak to rape specialists and confirm her statement. ​“It was horrible hearing what they read back to me and, unfortunately, it was mixed in my head with accounts of a sexual assault that had happened when I was a child – which apparently is common when someone is drugged, it can trigger similar memories.”

“Long term, I’m still recovering from this. It’s been a long road and plenty of therapy,” Hollier says. ​“I still get nightmares and rely on antidepressants to help me get by. I was terrified to leave my house because I thought the person who did this was completely anonymous. I was scared they would see me and recognise me, but I’d have no idea it was them.”

To fight back, Hollier got a tattoo ​“to remind myself that I own my body and no one can take away what happened, but I could own it and grow from it.”

Hollier’s experience is just one of many disturbing accounts. Howells hopes that working with bars, venues and club owners, and educating young people, will help to create safer spaces. ​“I would like young people, who are going clubbing for the first time in their lives, to know that they shouldn’t be overly cautious,” Howells says. ​“They should be able to enjoy clubbing. But they also shouldn’t be naive to the fact that these things are happening. I want people to be more aware of their surroundings and I want these places to be safe enough so that we don’t have to think about it.

“It’s about looking out for each other.”

*Names have been changed to protect identities.

If you believe you have been a victim of drink-spiking, please contact your local police force to report the incident.