The past three months, I’d say relaxed, clothes that get things done. An outfit that looks good to slap on, to quickly do things during the day. I’ve not really been going crazy with extravagant clothes. I’ve got too many clothes now, I’ll be taking way too long to make a decision, it’s time wasted.

Have any particular subcultures influenced you in terms of clothes?

Seventies culture, sport culture, classic culture… Old people, mainly. My older friends. Golf and tennis culture. I’ve never played golf, my coordination is bad. I don’t know if I can really hit a ball like that.

What were your first memories of public transport, travelling in London?

Probably asking my mum to take me to a station to look at trains when I was maybe eight, in Kilburn after church. I was scared of them, these big trains, the tracks… I wanted to see, hear and feel the power.

That’s it. It was the National Rail, the old Silverlink overground. 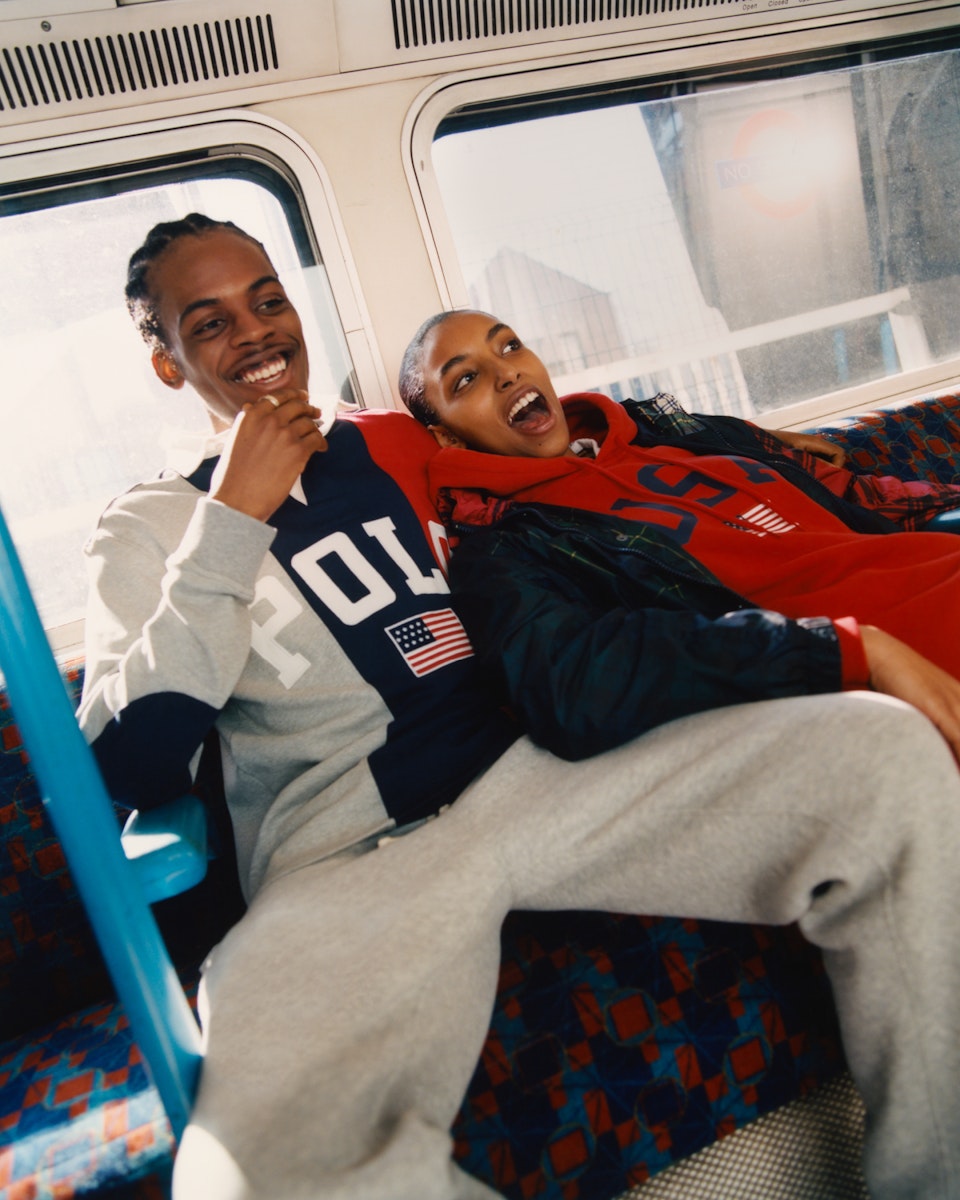 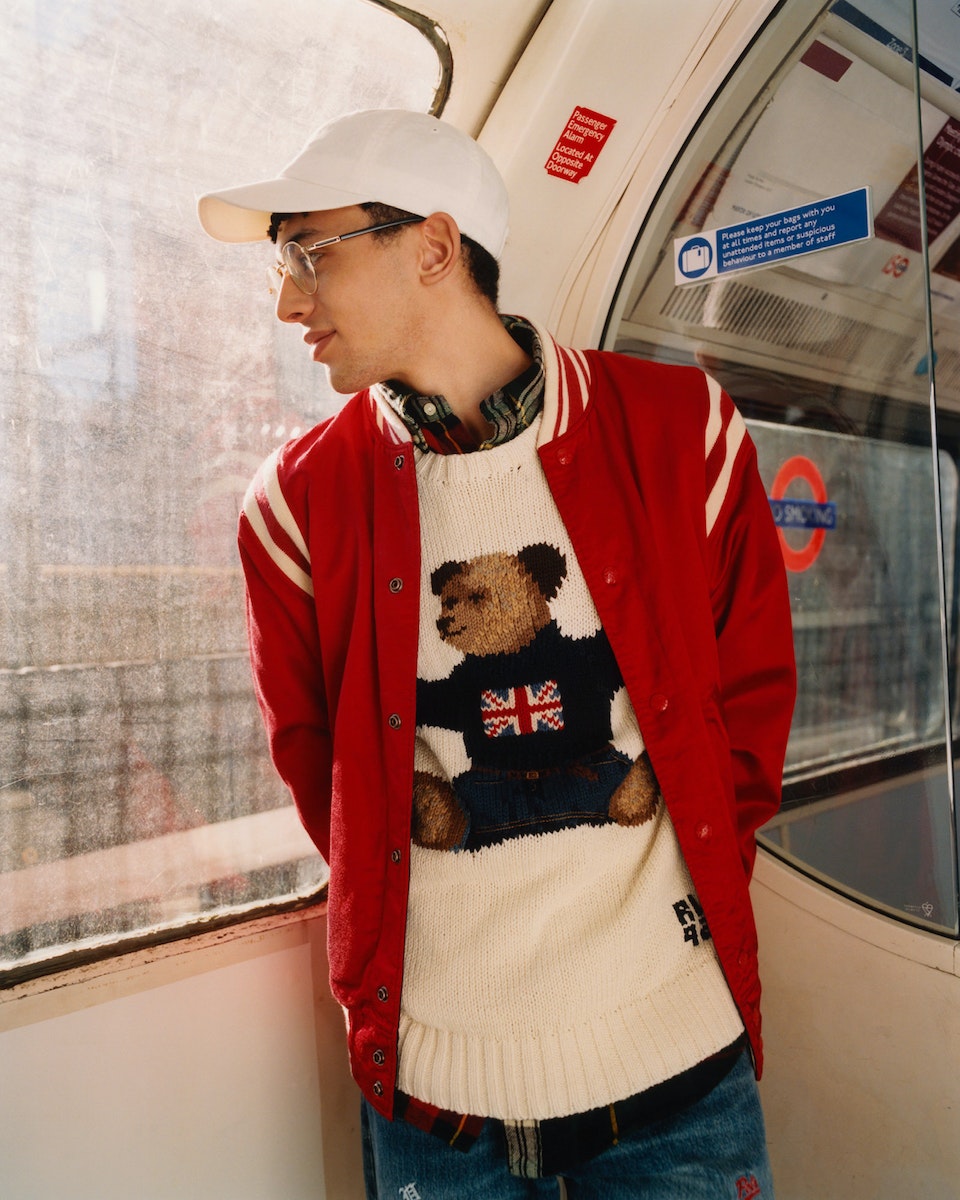 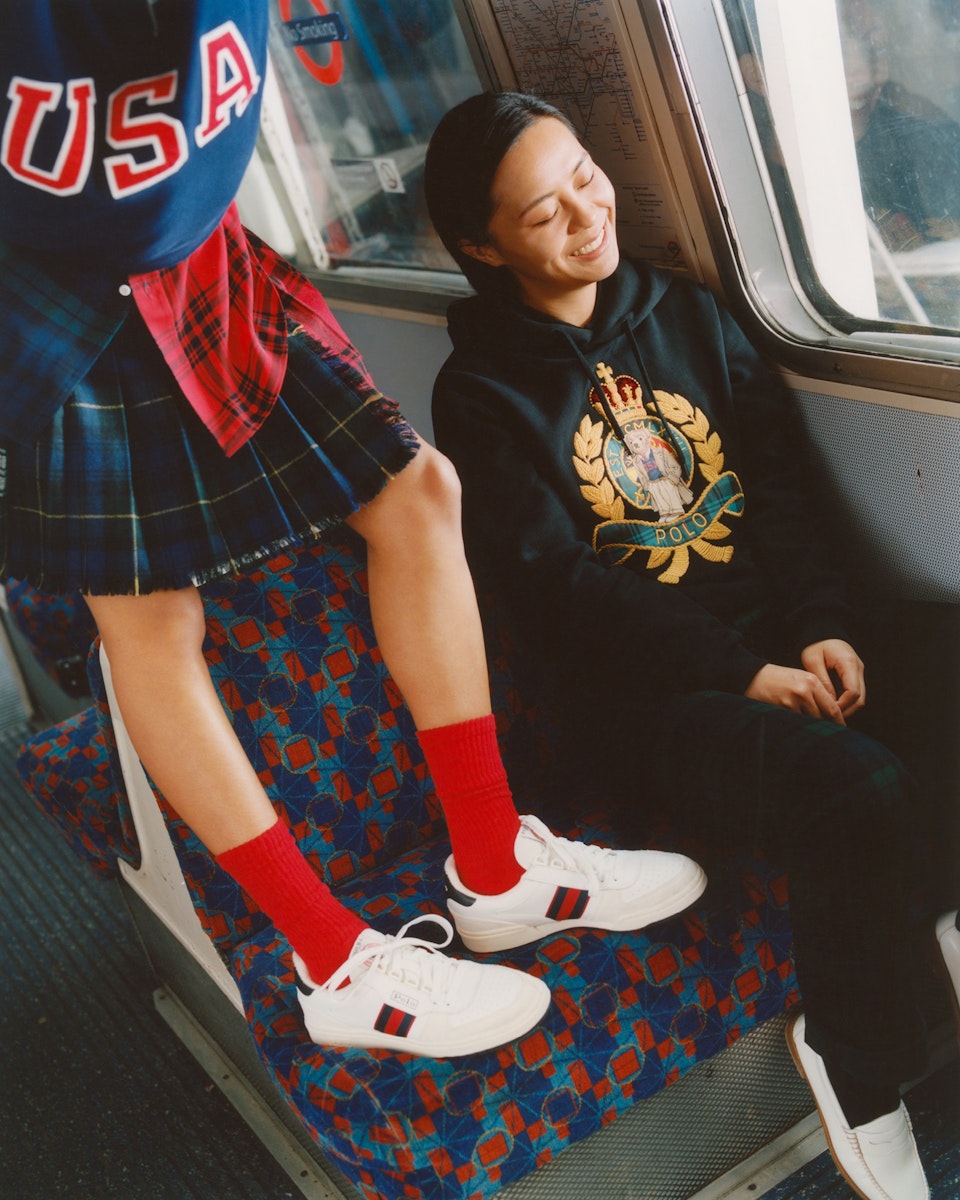 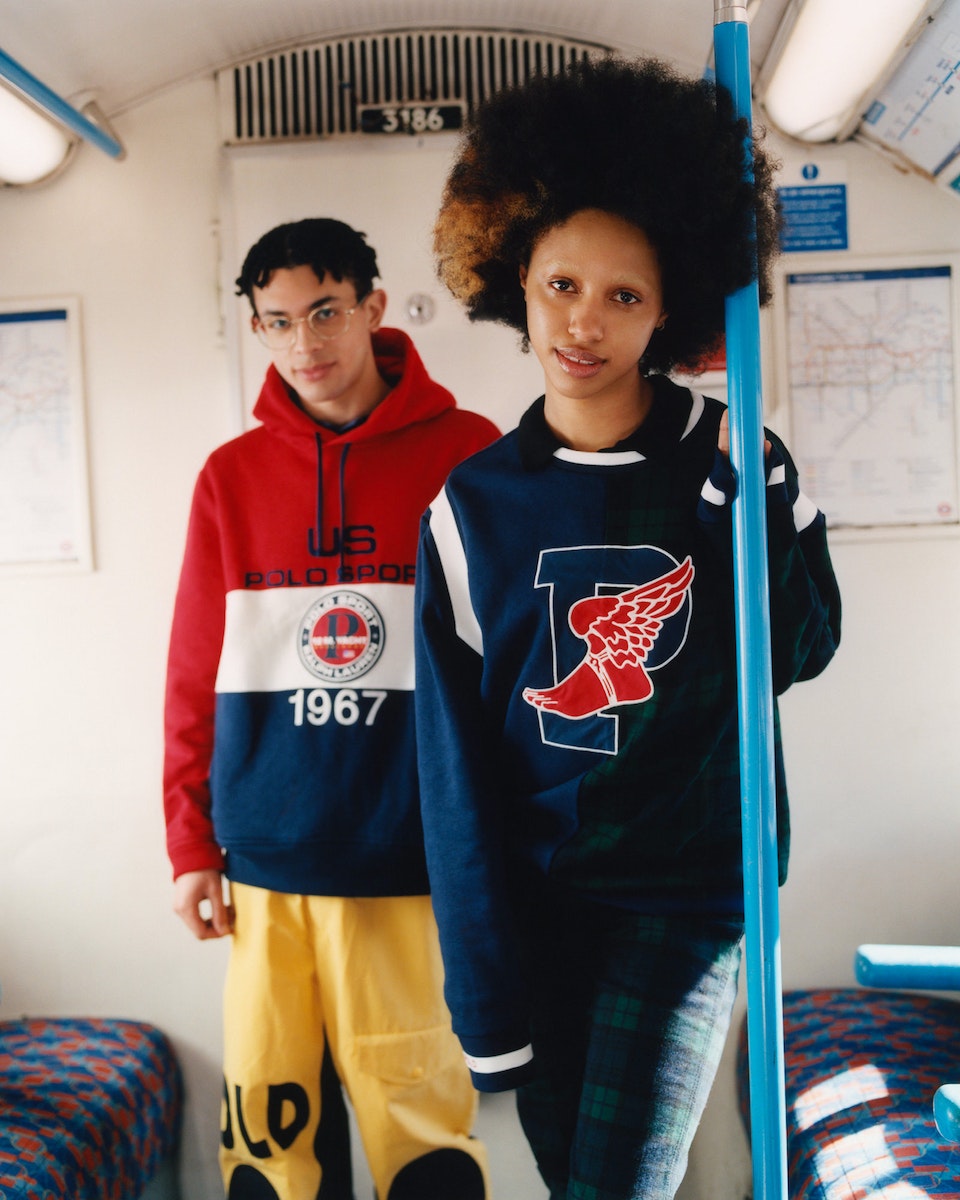 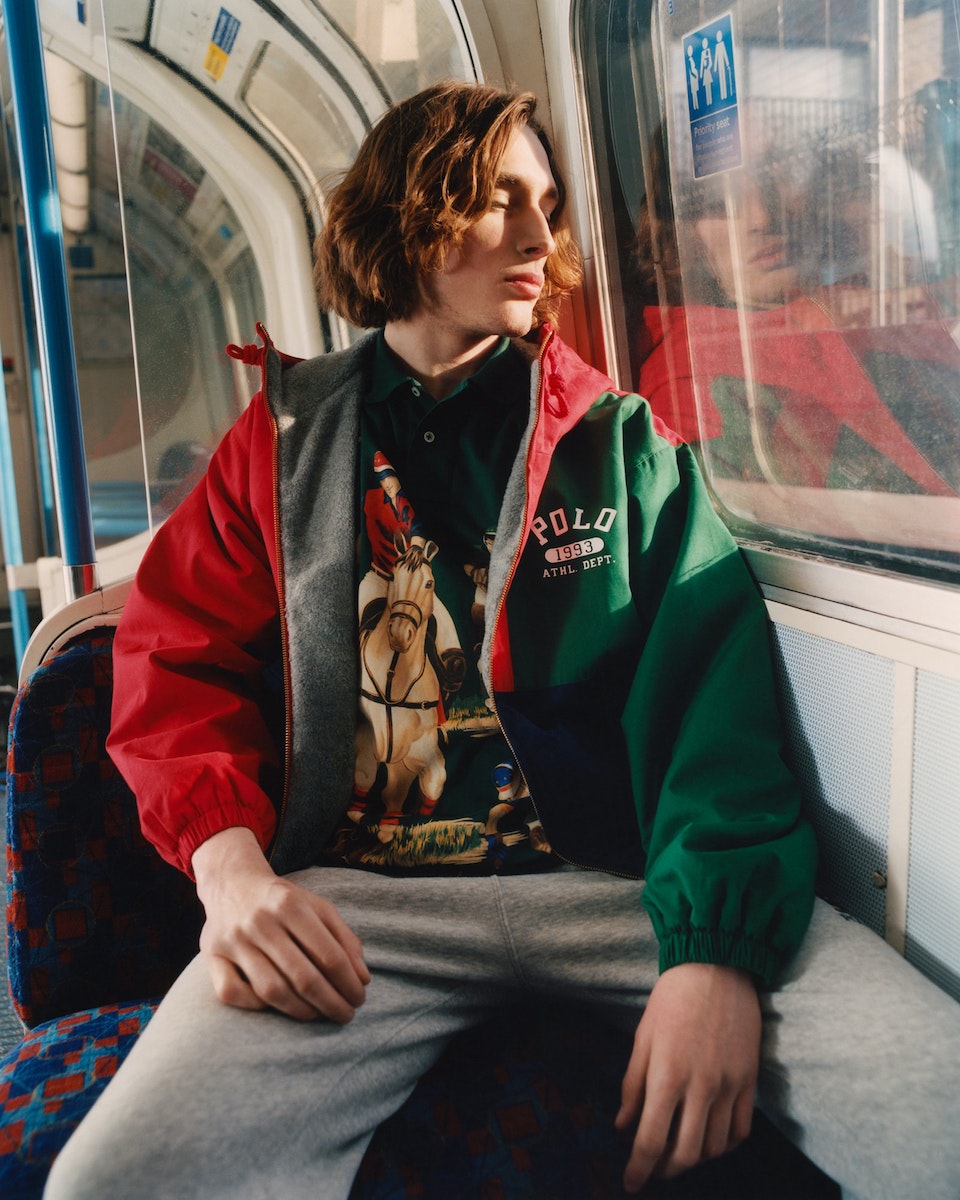 Have you found any good places travelling around on the tube?

Less central places, like the Jubilee line, up Kilburn. That one’s fun, it’s not packed. There’s views and that. But then the Central line outdoors, I don’t like. It’s too fast. I’m trying to relax on the train.

Where are you gonna go in London when things open up more?

Primrose Hill is next to me, and there’s a festival feeling. When it’s gonna be hot, it’s gonna be mad there. Get there at one in the afternoon and try to leave at 4am. Then Whitechapel because friends are there, and there are good chicken shops. I go to the hidden part of Primrose Hill. There’s a really flat bit. On the hill, there’s a different crowd there and I get intimidated. Like 37-year-olds that judge me and I don’t like that. But on the other side there’s a bit of everything.

Cast your mind into the near future. It’s 21st June. It’s a hot evening, you’re in the club, maybe you’re DJing, maybe you’re dancing… It’s a whole vibe. What are you wearing?

I’m gonna wear boots, jeans, my sweater and then talk to some girls straight away. I can’t afford real boots at the moment. Maybe by May I’ll get some better boots. Maybe I’ll have the courage.

It all sounds quite hot.

I don’t get that hot. I’d wear jumpers in the club. Even if you see me sweating, I’ll back it, I’ll just drink water man, it’ll be bless. I am actually excited to wear tight fitted polos. I’ve been hitting gym. People need to see the muscles.

Browns have teamed up with Ralph Lauren for a capsule collection which celebrates the history and heritage of Ralph Lauren through Browns’ unique lens. You can see more, here