Like any good epiphany or breakthrough, it happened in therapy. Barbie Ferreira was sat on a couch during a regular session when she got a call, the call, from HBO, telling her she beat out one other girl to score the role of Kat Hernandez on Euphoria. ​“I literally was with my therapist for 30 minutes talking about how anxious I was!” she says, chatting away at a clip over the phone from LA. ​“I remember just getting that call and crying.”

As Kat, Ferreira plays a zealous One Direction fan fiction writer who needs to ​“catch a dick,” according to her friend Jules (Hunter Schafer), and consequently experiences a lascivious sexual awakening. She starts performing on camera for side money and hooks up with a stud under the ferris wheel at the local fair.

Euphoria, for the uninitiated, is a mix of creator Sam Levinson’s real-life struggles with drug addiction and an Israeli Skins-type show of the same name. First, it was the ​“pointlessly gratuitous” ​“30 penises” scene in episode two that had enraged Boomers trying to lock it up in TV jail. Then, shock horror, people realised the show was good, and real, if a bit hard to swallow. The controversy subsided until… one episode later – Kat’s episode. Barbie’s character Kat fantasises about the relationship between 1D’s Harry Styles and Louis Tomlinson, her teenage crushes. A graphic, animated sequence shows the two singers canoodling. Fans were uproarious, and Tomlinson himself tweeted ​“I can categorically say that I was not contacted nor did I approve [that scene].” 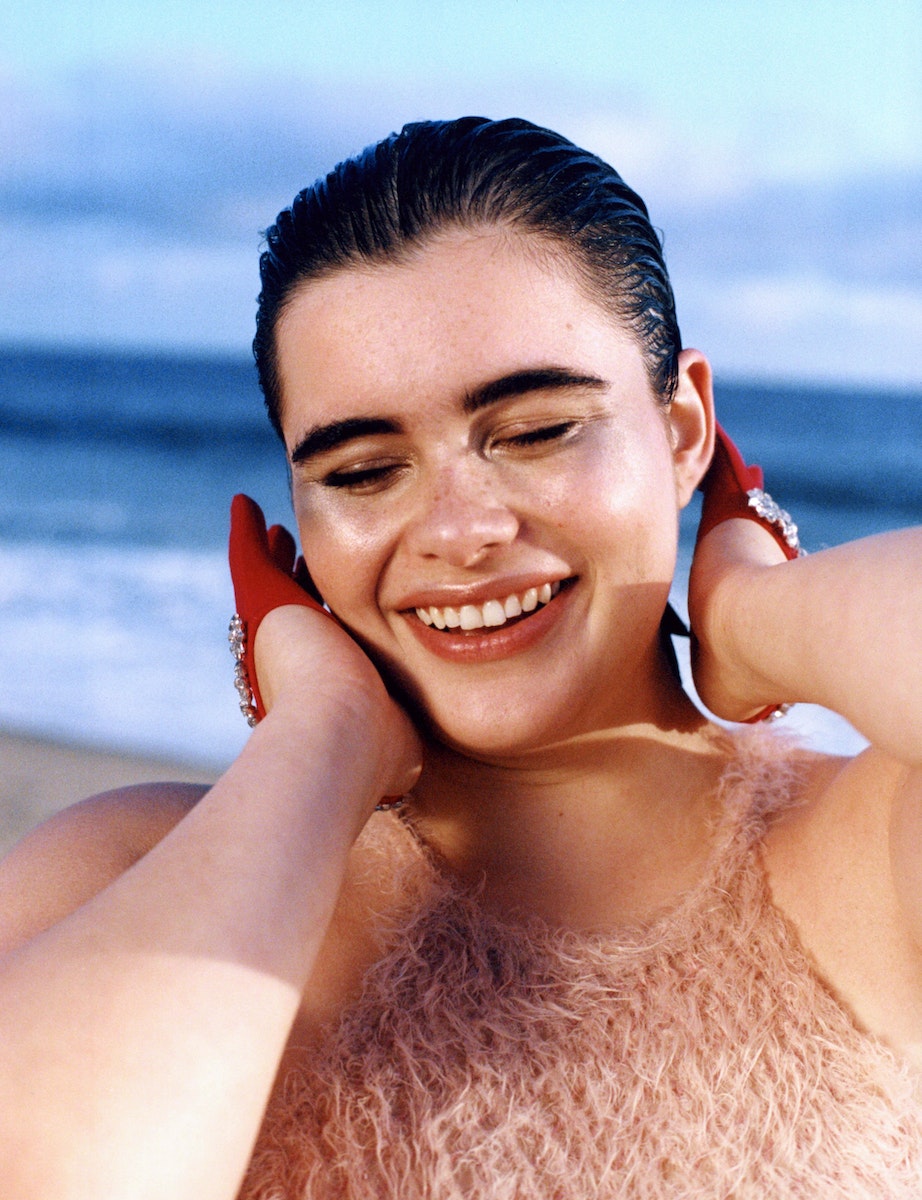 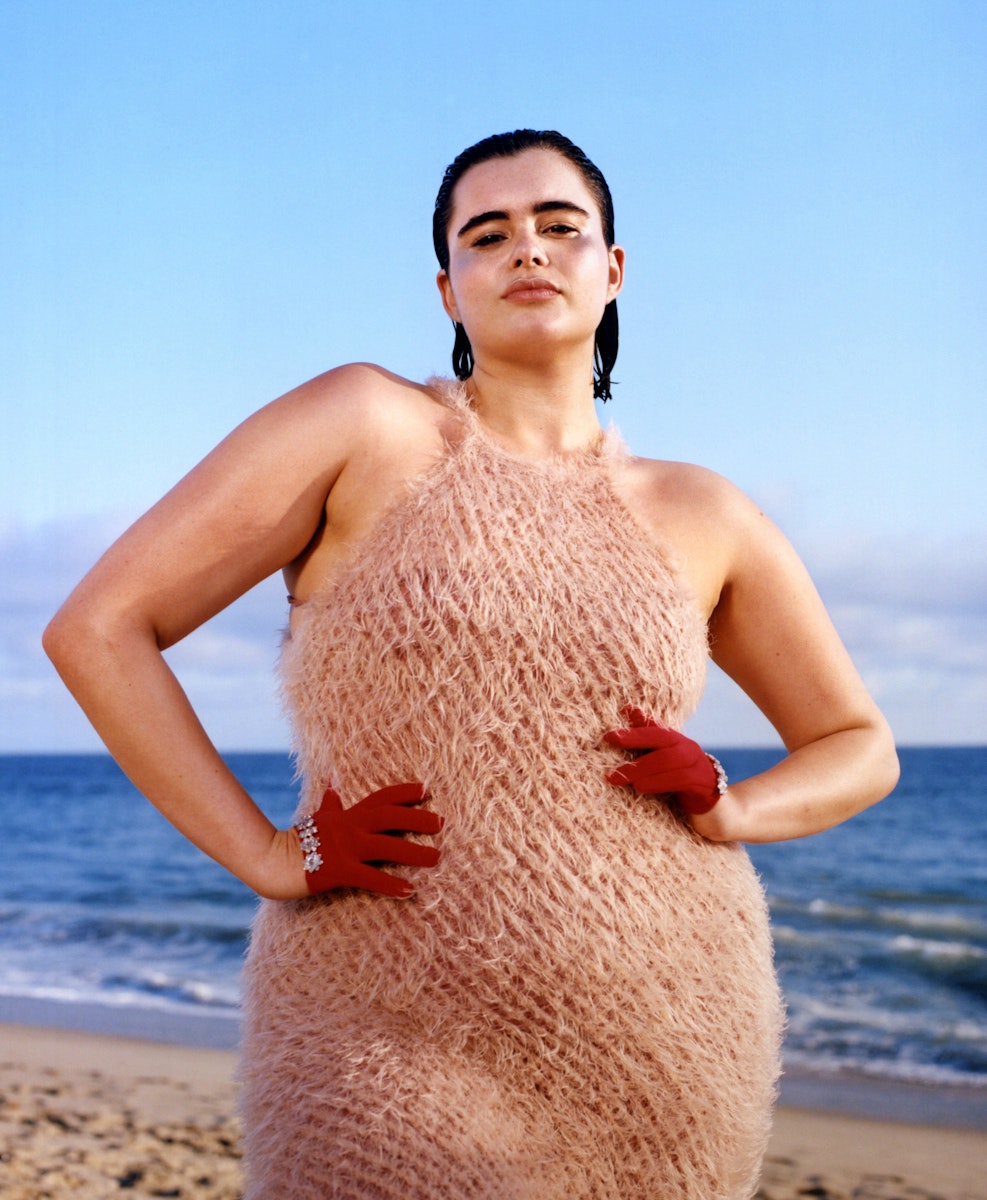 So now, three episodes in, Euphoria had pissed off Boomers and Directioners. Ferreira had some idea that the show’s topics would become somewhat of a cause célèbre among the more puritanical. ​“As a person who’s been on the internet since I was nine, I did not expect this show to come out and get no press or anything. Like, I totally got it. It’s not meant to be for conservative moms.” But as a Directioner herself, she was just genuinely excited that Larry Stylinson made it onto mainstream television. ​“When I read Euphoria​’s [script], the first thing that really stuck out was that the character was a One Direction fan fiction writer,” she says. ​“And although I didn’t write fan fiction, I was definitely a [One Direction] fan. Larry Stylinson and fan fiction, this whole world, is such a big part of the internet and no one really talks about it in television or movies; people ignore it and think it’s, like, kids being kids. I literally idolised people like One Direction and felt some community in that. And I think Kat relates to that.”

Barbie Ferreira grew up in Queens, New York, for most of her life. She moved to New Jersey for a stint, but since the age of 17 would scrounge quarters for train fare into Manhattan. She is 22, half Brazilian and has lived in LA since September of last year. Ferreira zigzagged from Tumblr sensation to American Apparel billboard model to an appearance in Carly Rae Jepsen’s video for Boy Problems to becoming a megaphone for body positivity, all while stunting on the ​‘gram in form-fitting latex and posting videos with her beloved cats, Mortimer (hairless) and Magdalena (hair). Then acting – audition, audition, call back, audition. ​“It just seemed like I was floating, like I was getting close to it but not enough,” she tells me of all the attempts to break into the Dream Factory. ​“I was modelling and it was going well. I didn’t know if anyone would ever take me seriously as an actor. I was doubting myself. I was like, ​‘Am I the kind of the person that can do this?!’”

And maybe she wasn’t, until Euphoria called for a bigger girl who could both confidently portray a sexual maturation while also being uncomfortably vulnerable. The series basically trades in acts of teen mortification. Ferreira was game. The role was seemingly made for her. ​“There was another girl who was really great and they were so different, but Barbie is just a star,” Euphoria​’s casting director, Jennifer Venditti, said of her decision to cast Barbie in the role. ​“She has something about her that you want to watch. She’s not afraid to be vulnerable and to be honest about what she’s feeling or what her struggles are, and I think that’s really attractive.”

She’s not afraid to ask for what she wants, either. Case in point: Ferreira turned up to set on day one, sat in the hair stylist’s chair, and presented him with the exact type of bob haircut she imagined her character would have. ​“I made a Ghost World mood board,” she explains, laughing. ​“My style is so based off of cornball films that I grew up with and loved watching like Jawbreaker, The Craft or Ghost World. I just feel that Kat definitely watched Ghost World and completely related to Enid.”

In Ghost World, Enid is a deadpan, strong-minded misanthrope who projects her insecurities onto others through her cutting observations (choice quote: ​“I just hate all these extroverted, obnoxious, pseudo-bohemian losers”). Enid is everything that the real-life Ferreira is not – her infectious positivity bubbles out of the phone’s receiver when we talk. Halfway through our conversation, just as she’s a paragraph deep into a missive about the importance of properly portraying drug addiction, she lets out an ear-splitting yelp. ​“Ahhh! Sorry, my cat just scratched me! Morty!” She breaks into a laugh. Mortimer has not been declawed.

The drug-addled Rue, played by Zendaya, narrates the series. In episode two, she says something to the effect of, ​“I know you’re not allowed to say it, but drugs are kinda cool… until they ruin your skin, and your life, and your family.” I point out that Leonardo DiCaprio took the role of smacked-up junkie Jim Carroll in 1995’s The Basketball Diaries in part to condemn the ​“whole heroin craze,” he told Dennis Cooper at the time. ​“I wanted to help make some kind of statement against heroin.” Regardless of DiCaprio’s intention, the Wikipedia entry for ​“heroin chic” lists The Basketball Diaries as one of the paragons of the genre of films that glamourise the drug. Will Euphoria end up unintentionally doing the same? ​“It’s so important to show Rue’s perspective on why she’s doing the drugs so that people can watch it and feel like, I get it,” Ferreira says. ​“I’m not going to judge someone who’s a drug addict that’s on the street or someone that I know who’s facing addiction issues. We all know people like that in school. We’re just like, why can’t this kid just be normal? And there are reasons. And of course, there are more episodes of this show, so you see it unravel.”

There are so many chances for Euphoria to come off as moral posturing, some kind of virtue signalling series for woke millennials. Yet it presents all of these teen struggles (addiction, rape, transitioning) almost without comment. It’s very ​“show, don’t tell.” And to its credit, Euphoria has reached a lot of eyeballs.

The show is funny, too. Kat begins camming (performing sexual acts on camera in exchange for money) and in one scene, an overweight man with a micropenis pays to pleasure himself to her (wearing only bra and panties) over Skype. ​“I had an earpiece in so I could hear him,” she says. ​“They set up a room in the studio and upstairs was his bedroom. And I remember walking by that room in the beginning of the day and I saw a giant jar of jam. Like the biggest, quart-size jar of jam half-eaten in there. The attention to detail in this room with socks and nasty Cheeto bits everywhere. I was like, ​‘Uh oh, I’m ready for a good one.’ I went downstairs to my bedroom set and I actually cammed with him on Skype so I could see him and my reaction was very real. [laughs] I did not see that micropenis until it popped up on my Skype!”

Her client, I guess you could say, also has a foot fetish. Kat, parked on her bed, plays around, sizing up her feet through her iPhone’s lens. I ask the casting director if they considered Ferreira’s feet before she was given the part. ​“No, we didn’t!” Venditti says, laughing, ​“we assumed they were OK.” Ferreira laughs it off. ​“I have an insecurity about my feet because my best friend from high school, Hannah, would always tell me, ​‘You have the ugliest feet in the world.’ So I feel very empowered. People fictionally want to pay for my feet!” All toes accounted for, Ferreira dived, erm, foot-first into Kat’s world and found herself embodying a character that will hopefully connect with Euphoria​’s fans. Kat can’t help but exude confidence.

That onscreen confidence mirrors Ferreira’s ability to hold our gaze offscreen, where she often posts photos of her Bodicelli figure to her 560,000 followers on Instagram and racks up compliments like ​“thick” and ​“final form.” ​“I always feel sexy,” she says, self-assured. ​“But that sexiness took a long time for me to unpack. It’s taken a long time to get over society’s image of what it means to be sexy. And, for me, sexy is someone who – I’m trying to say this without being corny – flaunts their flaws and doesn’t care about what other people think.” By her own definition, and to use a similarly corny phrase, Barbie Ferreira is bringing sexy back.