British writer and photographer Riaz Phillips never really saw himself going into the food industry. But over the past few years, he’s become one of the UK’s most talked-about foodies, using his stance to speak up on the diversity and representation within it. So far, his work has had quite the impact.

Over lockdown 1.0, he spearheaded Community Comfort, an e‑cookbook full of heritage recipes designed to raise funds for the UK’s Black and Asian communities, supporting the friends and families of Covid-19 victims. But before the world found itself in a pandemic, Phillips self-published Belly Full – a book chronicling the untold stories of Caribbean and African food joints across the country. Now, he’s releasing its second edition.

The project was originally self-published in 2017, born out of frustration with a lack of representation of these places in the British media, and mainstream restaurant guides – none of them spotlighted the best Caribbean food, despite it being one of the UK’s most popular, culturally rich cuisines.

Phillips is of Jamaican heritage, and food has always been an intrinsic part of his life. Three years after the publication of Belly Full, in the wake of a pandemic and rampant gentrification throughout Britain’s towns and cities, the second edition commemorates the spaces that didn’t survive throughout the country’s economic turn, but also to highlight the food spots that have come to the fore. Most importantly, though, Belly Full represents and celebrates the breadth of Caribbean food that exists right here – and sometimes in the UK’s most unexpected places.

Putting together Belly Full has taken the 30-year-old up and down the country in search of the best speciality food spots, which are often much more than places to eat – they’re community hubs that are run by local legends. His book is a welcome antithesis to your average Good Food Guide, instead shedding light on how some of the best-loved Caribbean restaurants and takeaways came to be, sometimes against all odds but always as a necessity.

“Belly Full’s main objective is for people to understand and have a visual representation of the Caribbean community in the UK, and how pivotal the food scene has been within it,” Phillips says. ​“Publishing a book about that felt like the right way to take up space and give a platform to the people who are dedicated to keeping their culture alive.”

THE FACE caught up with Riaz about comfort food, telling the stories that need to be told and how Caribbean food spots in the UK will always continue to thrive. 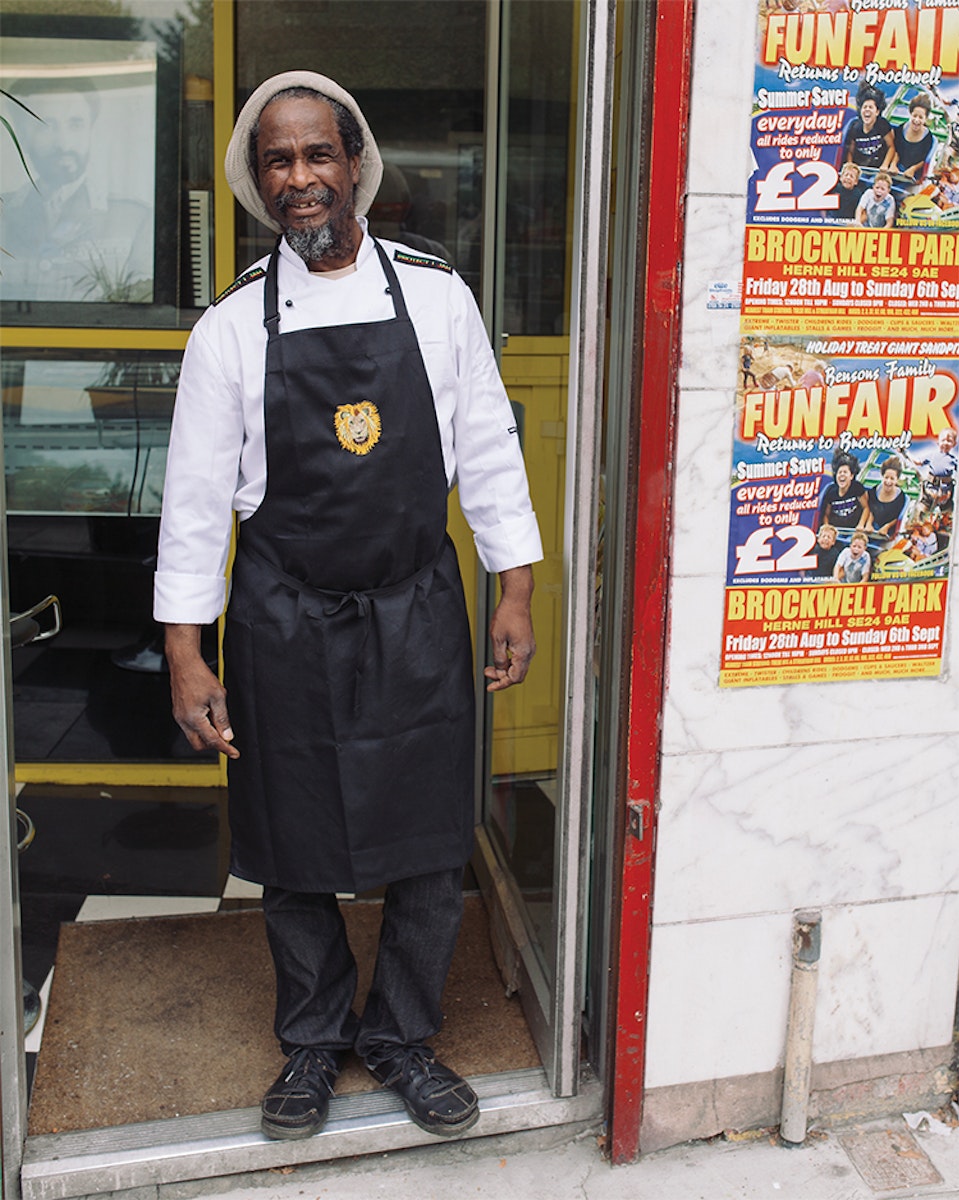 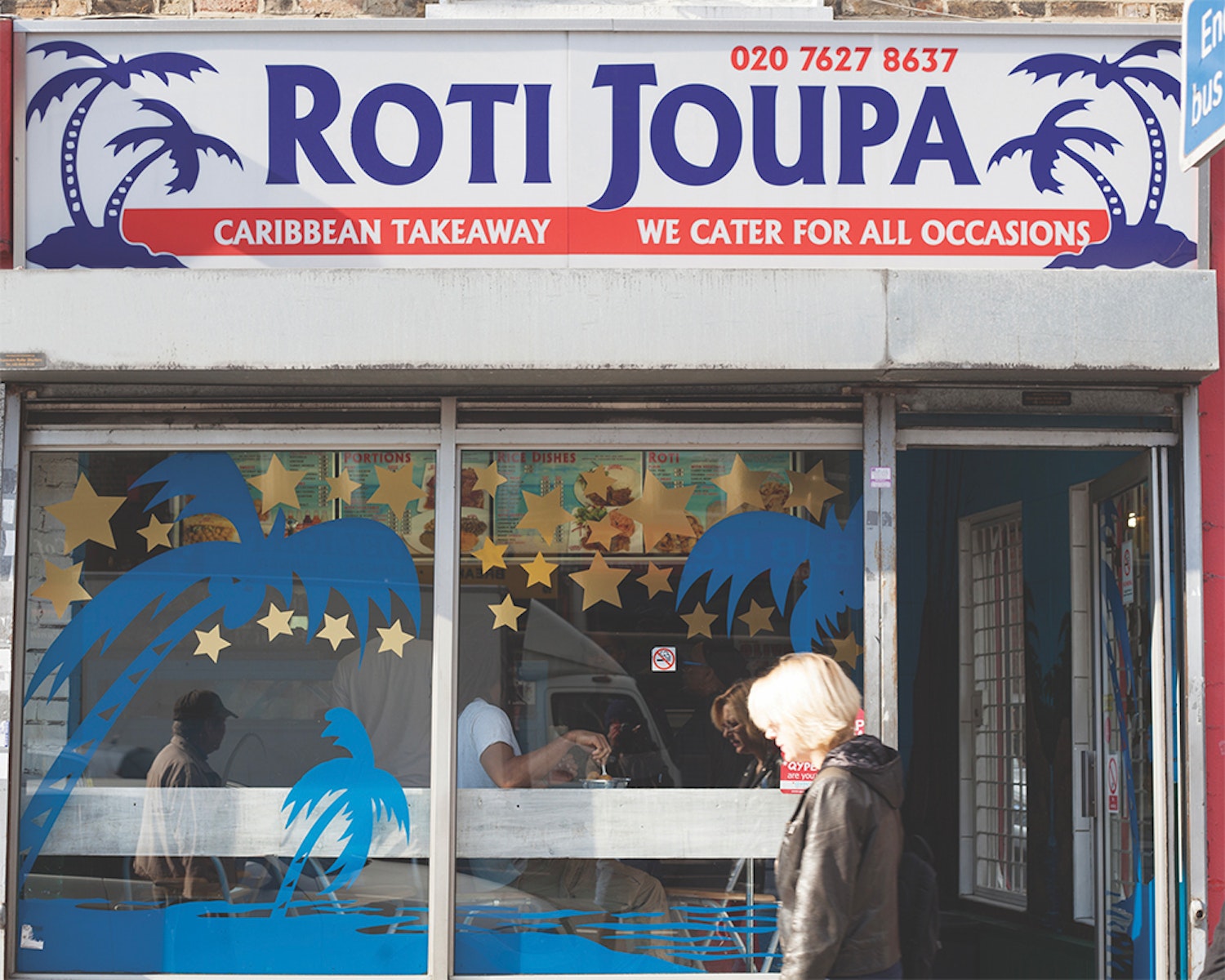 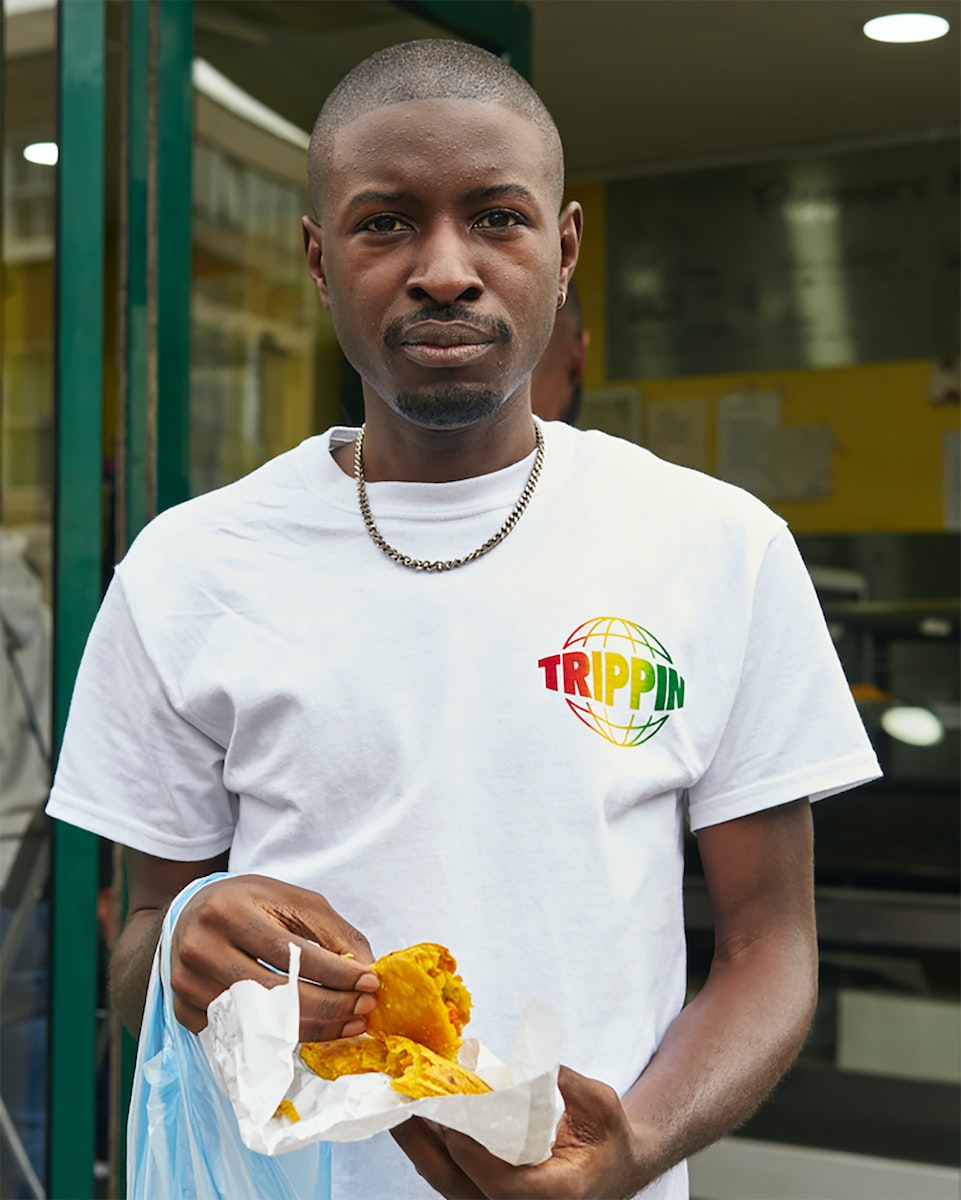 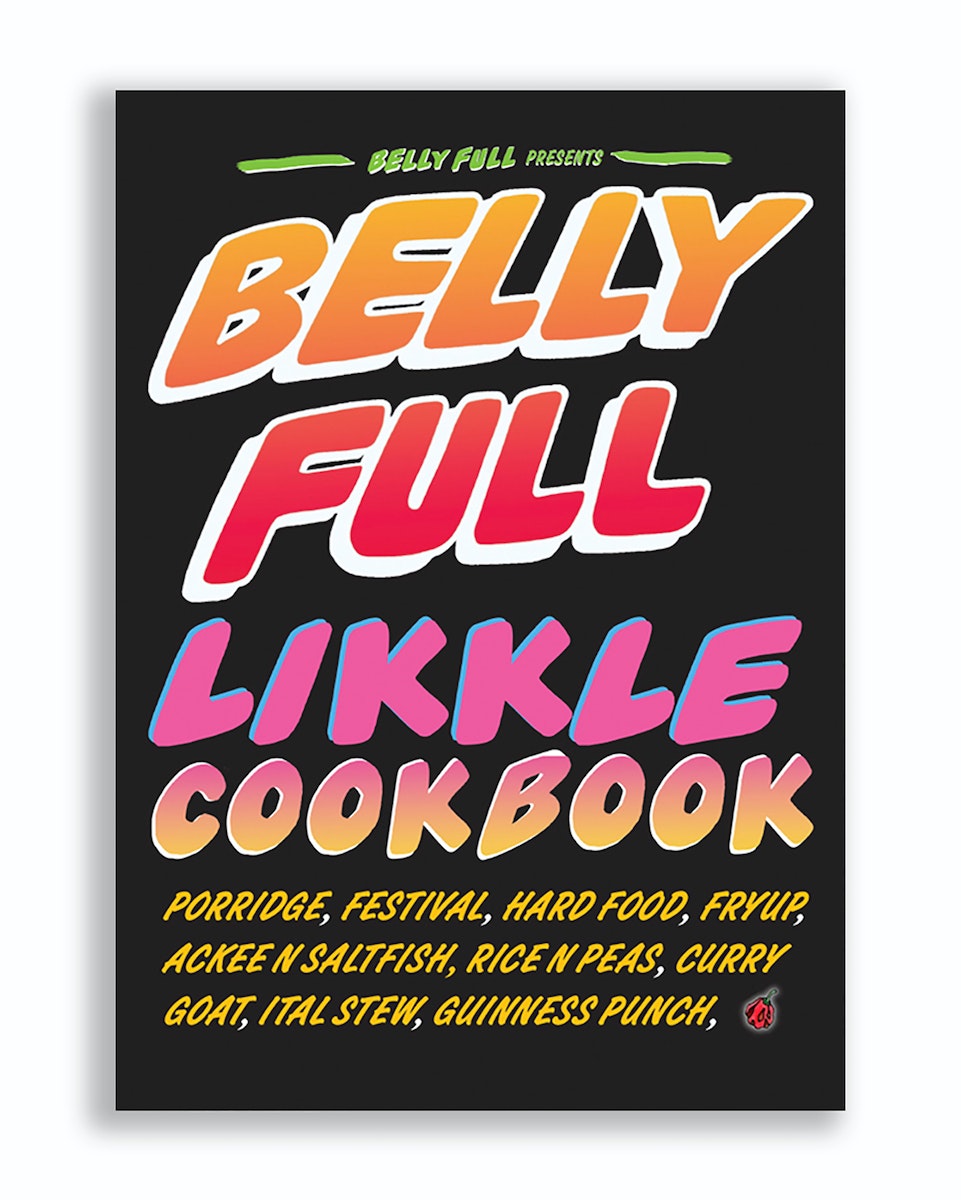 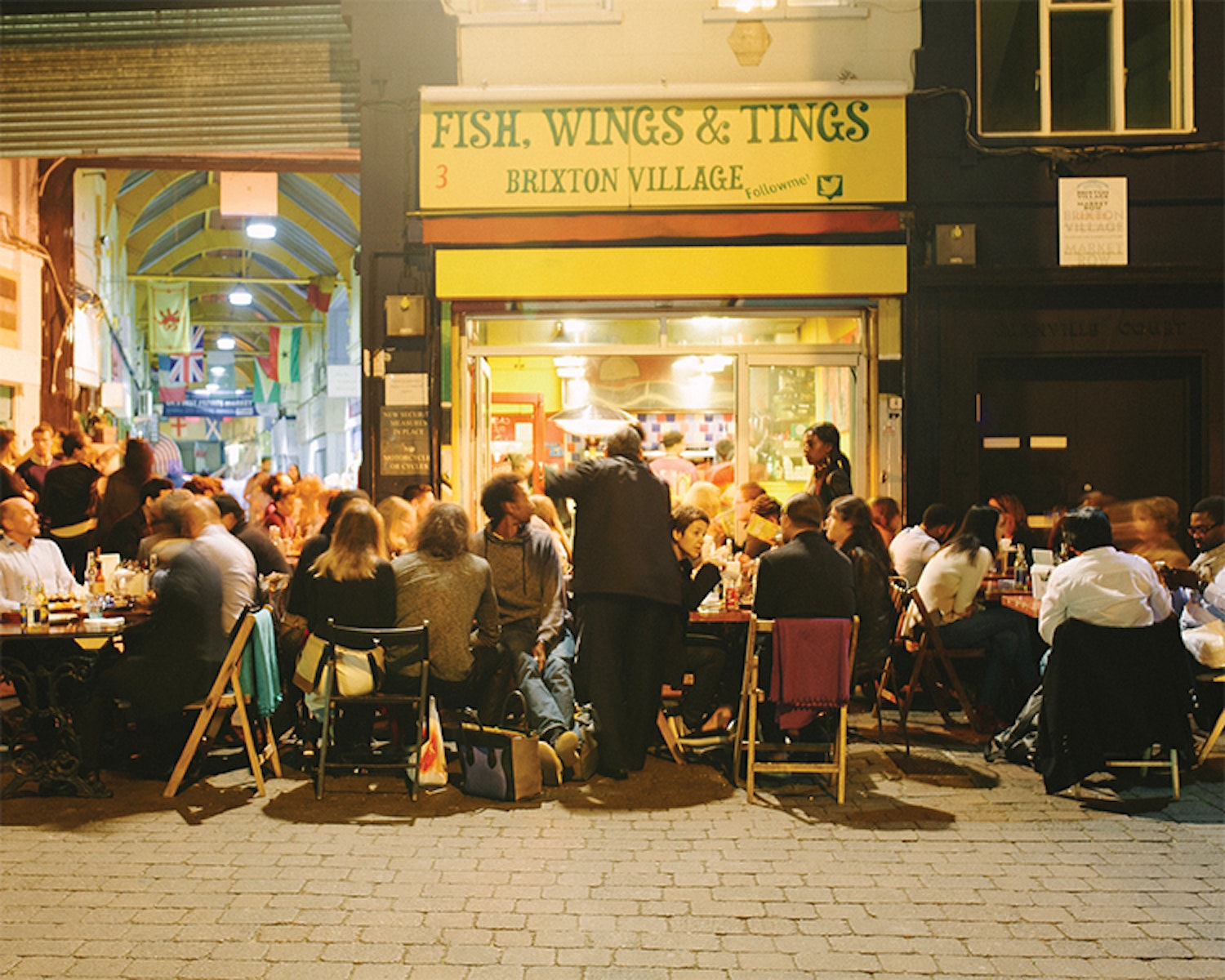 When did you realise that it would be possible to put Belly Full together?

It started out as a small idea, then via crowdfunding, I was able to make the book. I essentially winged it around the country and met people who have been running takeaways, restaurants and bakeries, some of them since the 1950s. It was a real exercise in learning about Caribbean history beyond the food. There’s also the community and what the food spaces mean to them.

Why did you focus on people’s stories more so than the recipes?

In the Caribbean, people don’t have the same reverence for recipes as they do in Europe. People cook from stories and from their mind, from visually observing their parents and family members before them. They just freestyle, they have their own tricks. People grow up eating the same food in different ways.

How has this edition evolved from the first one?

One of the main drivers for doing the first project was gentrification and how it was eroding these stories. That’s why I really wanted to capture some of them because I knew that in a few years time they might not be around anymore, which has now been proven. A lot of places in the first book are gone now, and I only made it three years ago. So I wanted to preserve those spaces but also bring in new ones and touch on more communities. The Caribbean community in England isn’t just Jamaica: there’s Trinidad, Guyana, Barbados. This isn’t even just about London. For this book, I went to Scotland, places that have sizable Caribbean communities that people don’t know about, like Margate and Oxford. I wanted to reflect those histories, too.

Have you always been a foodie?

Yeah. I don’t know many people from the Caribbean that will tell you that food isn’t a massive part of their life. Whether it’s a wedding, a funeral, a birthday or a christening, there’s always a massive spread. When you go to the Caribbean there’s never a party without food – it’s just part of the culture.

What have you learned throughout this process?

An appreciation for people’s dedication to keeping the culture from their home countries alive. When I spoke to them, oftentimes it was never about starting a business to make money. It was all about preserving their heritage and building hubs for local people. It’s less intense now, but back in those days a lot of people in the Black community weren’t welcome in other places, or they weren’t allowed to be their true selves. Some of these restaurants allowed them to be themselves and were real places of solace, which I think still rings true today.

What have you got in store for us next, Riaz?

I finished my Community Comfort project a few months ago, so at the moment I’m working on a new book about West African food in London. I think West African food is years and generations behind in terms of awareness in the UK. We really want to do something that introduces people to that specific cuisine and the places to get it. If the mainstream media cared about these stories, this would have been done already, but clearly, they don’t. Luckily, we’re living in a time where we can make these books and tell these stories ourselves.