Ex-inmate Carl Cattermole was catapulted from his cell to writer-presenter status following the self-published release of his debut book Prison: A Survival Guide in 2011. After serving one year of a two-and-a-half year sentence for criminal damage, the 30-something’s novel rattled a few cages. Priti Patel called it ​“irresponsible” and a ​“mockery”, which really meant that it drew some pretty damning conclusions about the UK’s unforgiving carceral system.

Since his debut release, and with such a life-altering experience under his belt, Cattermole has been uniquely positioned to pass cultural and political commentary through his writing. In October last year he published 3US, a poetic, highly entertaining diary penned entirely on his iPhone.

It chronicles his time spent aboard La Bestia, an industrial freight train network that people use to cross Mexico, from Central America to the United States border, with his good friend and New York-based artist John Tsombikos.

Throughout November and December 2017, Cattermole embarked on an ambitious trip that sounds fit for a four-part Netflix doc. In short, he did some motivational talks in California correctional facilities before train surfing 3,000km aboard La Bestia, went to jail in Miami and got detained by the Ethiopian secret service. Whew.

3US documents the first half of this period he spent travelling across the American continent – an account which, as mad as it sounds, Cattermole assures us is relatively free from sensationalism. As the saying goes, fact can often be stranger than fiction. 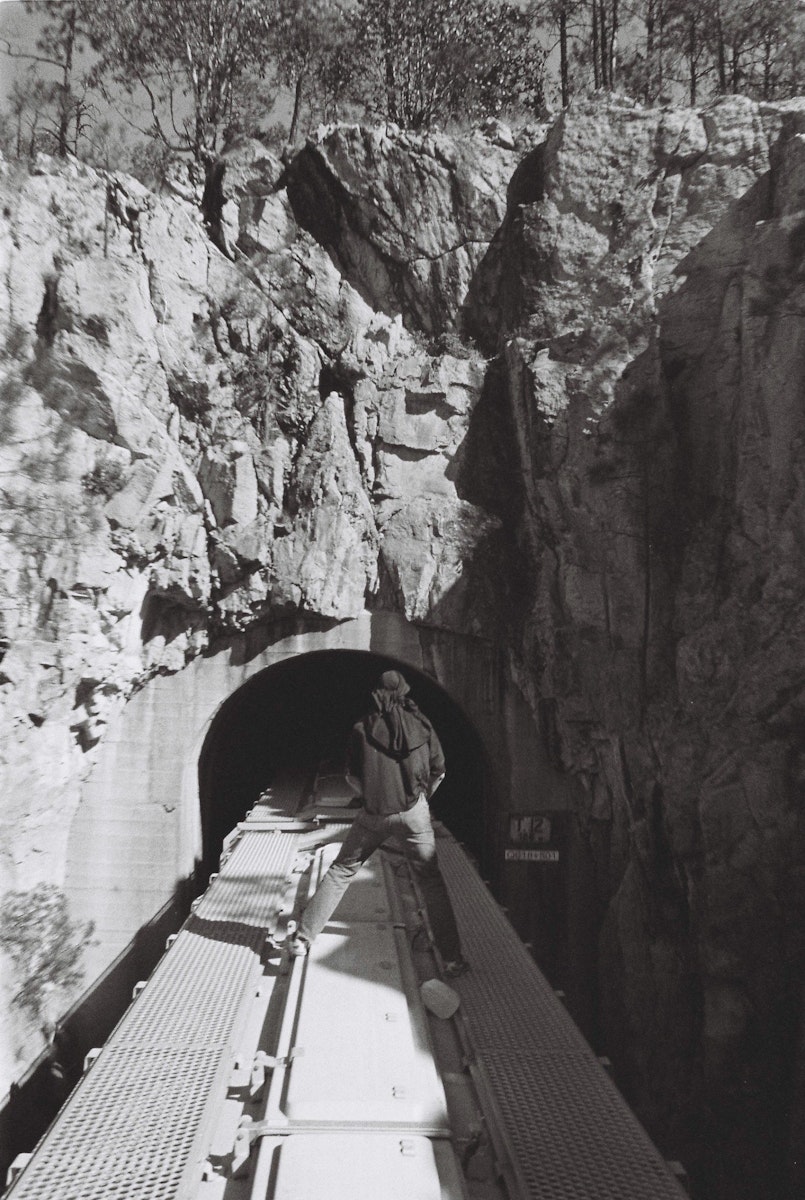 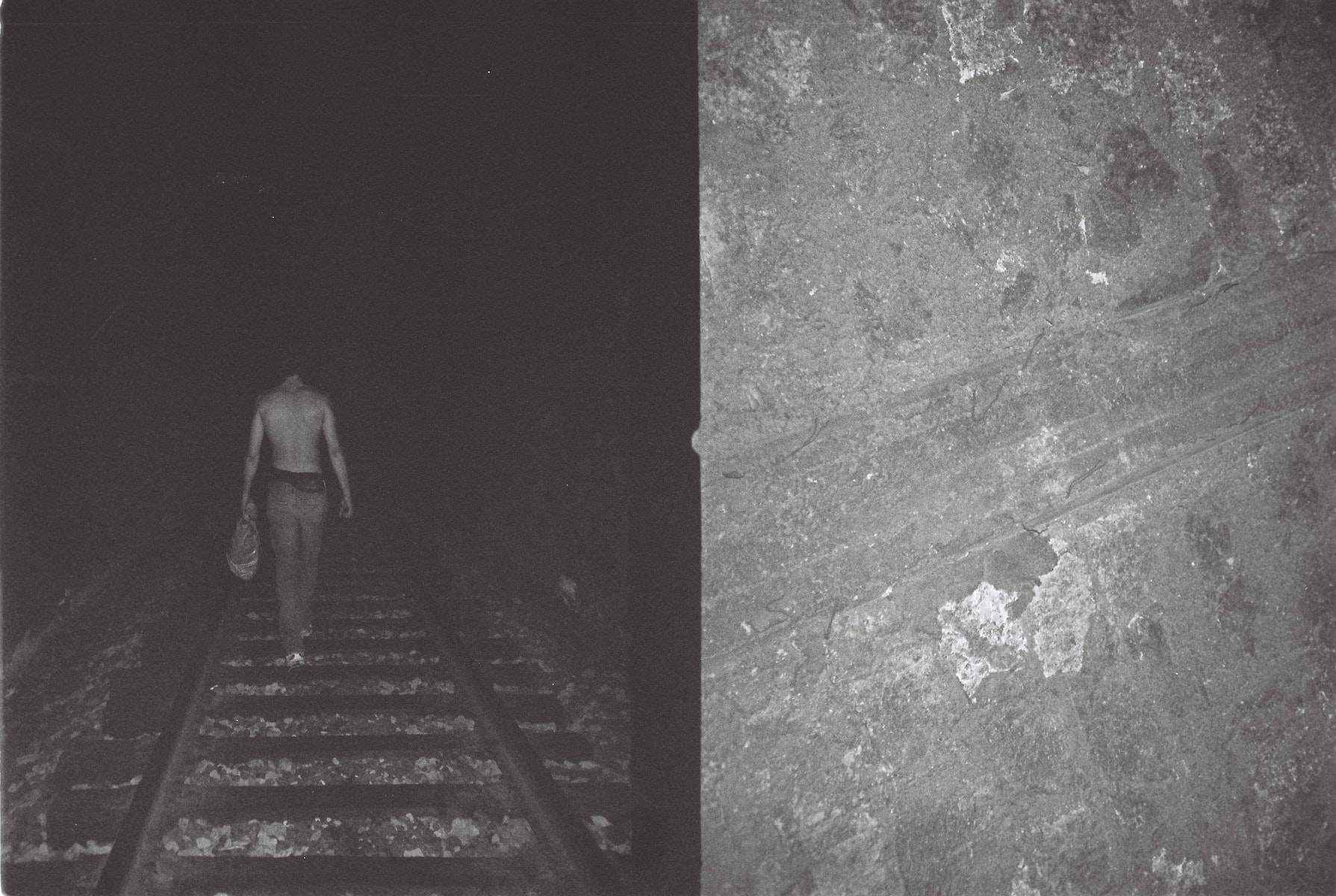 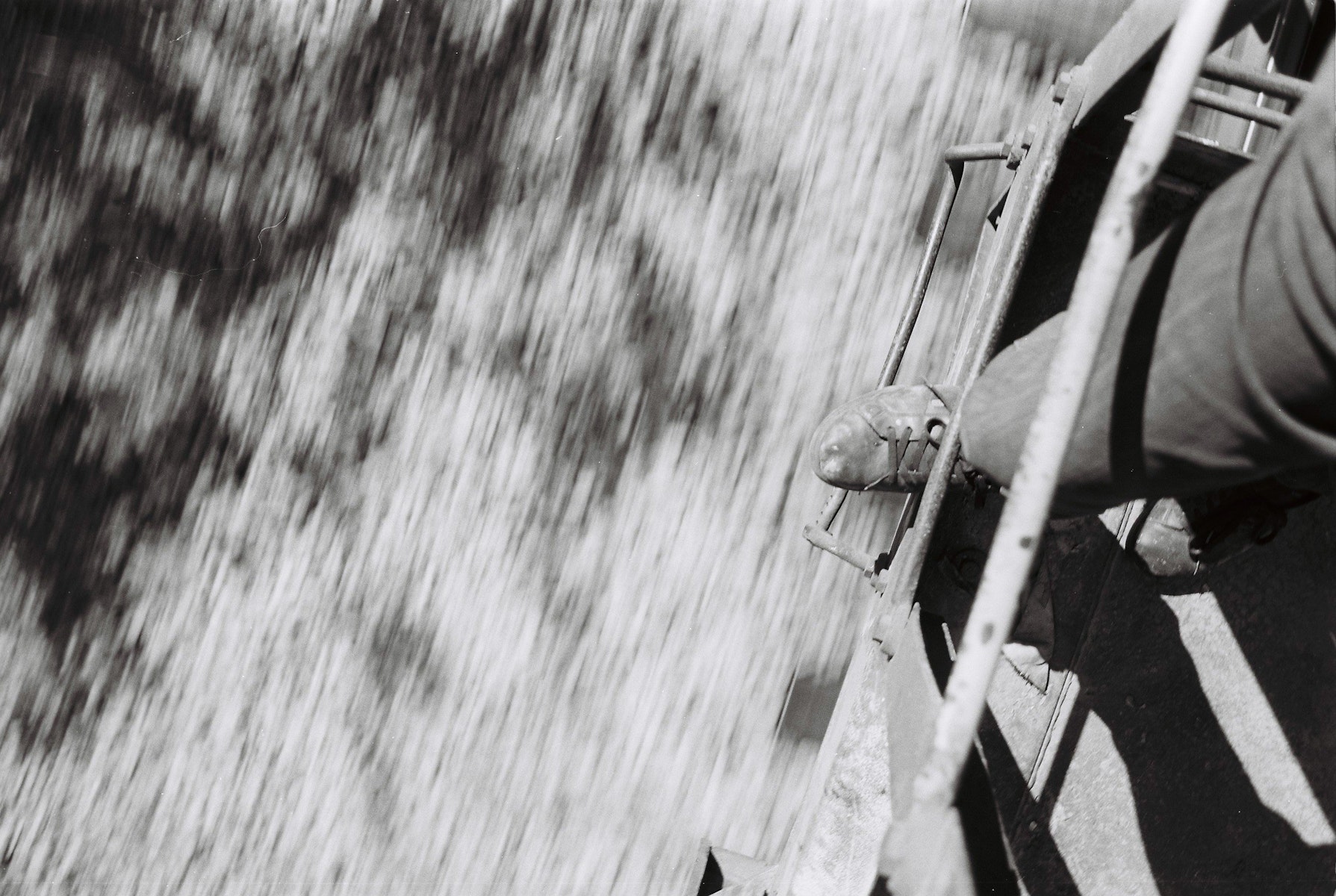 As they make their way across notoriously dangerous (​‘peligroso’ in Spanish) kidnapping and drug trafficking hotspots, Cattermole and Tsombikos’ travels are interspersed with a couple of near-death experiences, graffing, sleepless nights marred by relentless paranoia, almost getting into fights at knifepoint with other clandestine travellers and joke-swapping with café staff.

“[La Bestia] is fascinating and well-documented, there are a million books about the subject,” Cattermole says of the shenanigans that take place aboard The Beast.

An anarchist at heart, though, he eschews so-called traditional tellings of the migrant experience in favour of incisively capturing the essence of what it means to live a life marginalised, on the fringes of society. He questions what is deemed ​“acceptable” and ​“good”, while meditating on the tense relationship between politicians, migrants and narcos. ​“I swear, this shit is like a potent psychedelic, once you’re on it you have to ride whatever it throws,” he writes.

But was this experience in any way comparable to spending time in prison?

“In my first book, I talked about how, in small but very important ways, I felt freer behind bars,” Cattermole explains. ​“There was no job, no responsibility and no wretched internet. I’m not arguing for imprisonment or detention, on the whole it’s cruel and damaging. I’m just saying that freedom takes complex guises in authoritarian situations.

“Trainsurfing really relates to these ideas. John and I clung to the roof of this timetable-less industrial train as it passed through deserts, canyons and jungles. We gave ourselves to a machine that was far bigger than us, but unlike governments, corporations and prisons, it had no ulterior motive.”

There’s much to be read between the lines in 3US. Cattermole takes the reader through his trip at 200mph – it’s equal parts nihilistic, darkly funny, whip smart in its use of language and so utterly anti-establishment that you will come away from it thinking hard about your own role within the ​“four dimensional horror show of capitalism”, as he calls it in the book. Surprisingly, the text initially sat on his computer for two years with no intention of being published.

“A couple of close friends read it and told me it was worthy,” Cattermole continues. ​“And then I read Diary Of A Squat by Jean Delarue – I loved it so much that I decided I wanted to make something similar, with comparable intentions, print format and layout.”

Complex and compulsively readable, 3US meditates on polarising topics: oppressive individualism, our relationship with technology, capitalism, class divides and the meaning of freedom, in sentences oozing with humour, cynicism and hope. ​“It was like taking a series of spices off the shelf of my mind, baking them down into some sort of real life,” Cattermole says.

Below, the author unpacks the ideas behind his book, which was a welcome distraction from the hellscape of this past year. 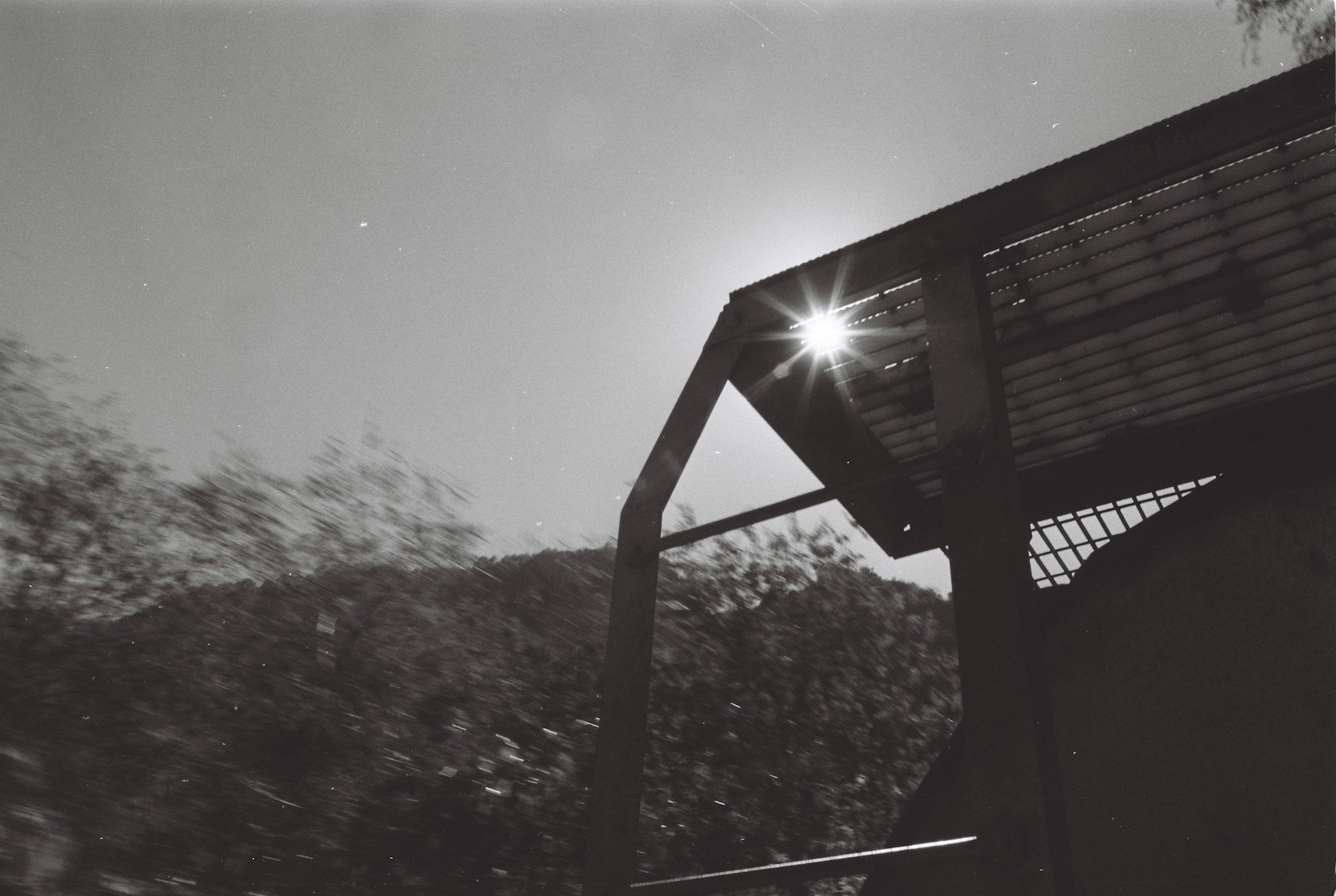 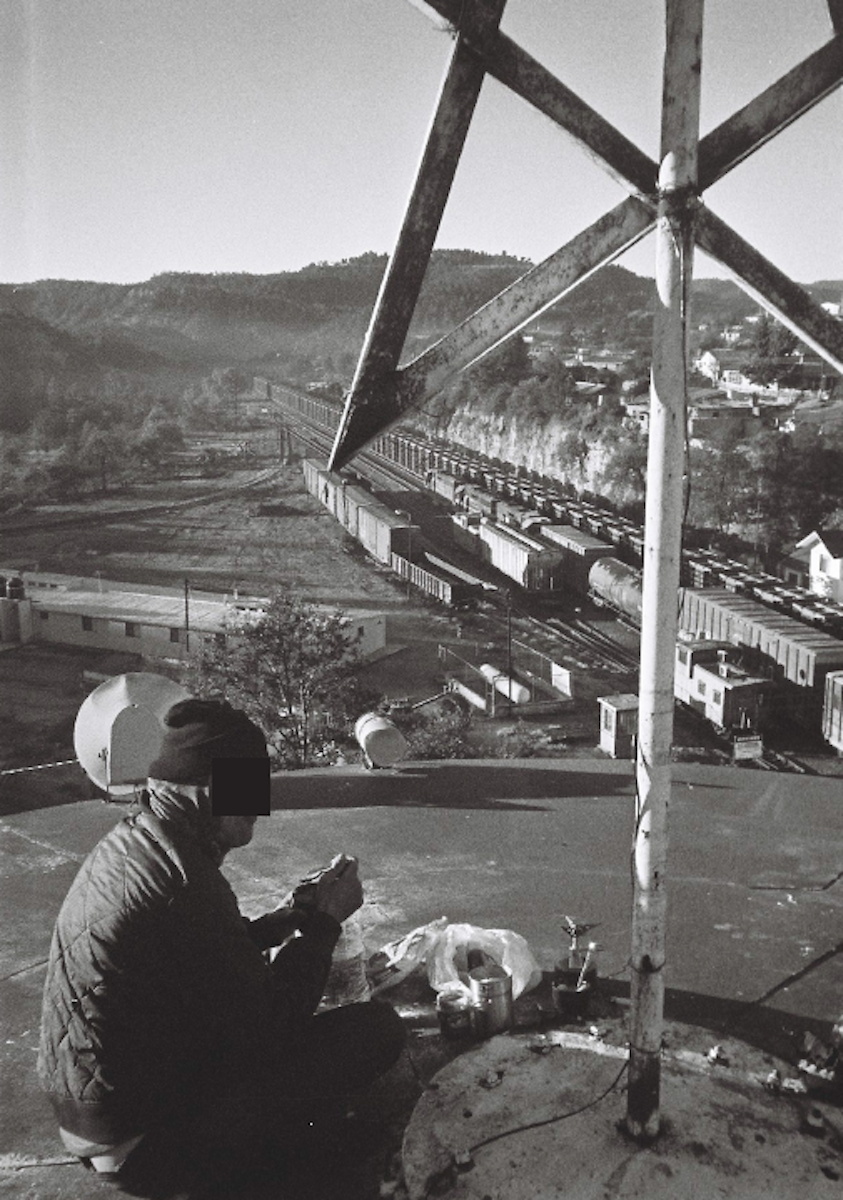 So, Carl. What’s the story behind the name 3US?

In prison, you often write ​“3” in front of someone’s name. Then the ​“US” bit firstly relates to the US, which is where the story starts, and that place’s relationship with freedom, which endlessly fascinates me.

It secondly means ​“us”, as in me and John Tsombiko – we’re from different sides of the Atlantic but we both spend our lives trying to comprehend freedom’s contradictory forms, fighting for it, losing it and feeling incandescent hatred towards those that deprive us of it: landlords, police, government, prison officers, bigots, art galleries, ticket inspectors, public-private spaces and all the rest.

Can you talk us through the process of putting it together?

I used to work in construction and I approach writing similarly. I whizz around collecting ideas, bodge them all together then try and make them look passable with a bit of sandpaper and paint.

What kind of characters did you meet aboard La Bestia?

In all honesty, it’s not a social environment. 99 per cent of the time [John and I] kept ourselves to ourselves – the screeching wheels and grinding metal were too noisy for conversation and the self-defensive vibe stops you from being open.

What or who influences your writing?

So much. I love forward movement stuff that doesn’t alienate people, whether it’s literature, film, clothes…

Beyond Jean Delarue’s Diary Of A Squat there’s Journey To The End Of The Night (my favourite book, so cynical that it made me positive), Octavia Butler (slow burning ultra-intelligence – she turned me off macho sci-fi), Potter Payper (TD1 and TD2 – the roadman William Blake). Luke Wong aka Dren (a kid who passed away recently, a North Londoner that shone with chaos, anger and emotional generosity. I dedicated the book to him. RIP).

My biggest influence is definitely my grandad. He hates police, suburbia and snitches and he loves motorbikes, his dogs and life so much that he has to say it three times in a row – ​“I love it, it’s amazing, it’s the best!!!”

What do you hope people will take away from reading the book?

Like many writers, I’m trying to communicate with my 15-year-old self. I want to feed the minds of drum’n’bass-addled suburban shitheads rather than signed-up lovers of Dostoevsky. I feel like maybe I can connect the two sides, because as I get older, I feel like Dostoevsky and DnB manifest very similar ideas, they’re just for different audiences.

What’s next for Carl Cattermole? Do you plan to release any more writing?

I want more ocean, less laptop, I’d like to study and open totally new doors. As far as writing, I’m deep in the process of putting together a sideways guide to London. There are a lot of guides to this place, but I really don’t identify with any of them. If someone in 500 years used existing guides to understand London, they’d think it was either a post-racial vegan utopia, an architectural masterpiece, or a gangland full of traps and gunmen.

I’ve been under investigation for the last year, so it was really looking like 3Carl for a minute but their case fell apart between the first and second print runs of 3US. It’s a cliché, but I really should be dead or in jail. Instead, I’m free and I’ve got the energy for another 12 rounds. Life… I love it, it’s amazing, it’s the best.