It’s 8:58 am and a different kind of professional is starting their day. They’re making their morning coffee while listening to Misery Business. They’re brushing their teeth to the beat of Sugar, We’re Going Down. They’re driving to work blasting I’m Not Okay like they’re the main character, while normies in the cars behind them stare in bewilderment. But by 9:01am, they’ve clocked in, ready to discuss the corporate strategy for driving up sales in the second quarter. Welcome to the life of the corporate emo.

The corporate emos are the people who unironically said ​“IT’S NOT A PHASE, MUM!” back in 2006 and legitimately meant it. They might not have a big black fringe that obscures their vision anymore, and they’re probably now buying jeans that don’t threaten to cut off their circulation, but they’re still wearing their Fall Out Boy t‑shirts around the house – or even in the office, if their boss is cool enough. The corporate emos are the people the kids with overdone eyeliner grew up to become, who never left the subculture behind. Their connection to that world may have evolved as they’ve grown older, but it’s never been severed.

Naturally, it’s become a huge trend on TikTok, which has taken over from MySpace and Tumblr as the home of emos on the internet. Videos with the hashtag #corporateemo have been viewed on the platform 5.1 million times. It is sometimes used interchangeably with the term ​“elder emo”, but that’s typically used to describe nostalgic OG emos, who look at younger emos with a parent-like affection, reminded of who they were at that age, and vividly remember the worldwide outrage that sparked when the Daily Mail referred to emo as a ​“death cult” back in 2008. The corporate emo, meanwhile, is discussed, memed and joked about in the context of the office environment, where the emo kid has been forced to join ​“the real world” and lives a double life, one full of spreadsheets, the other full of riffs. 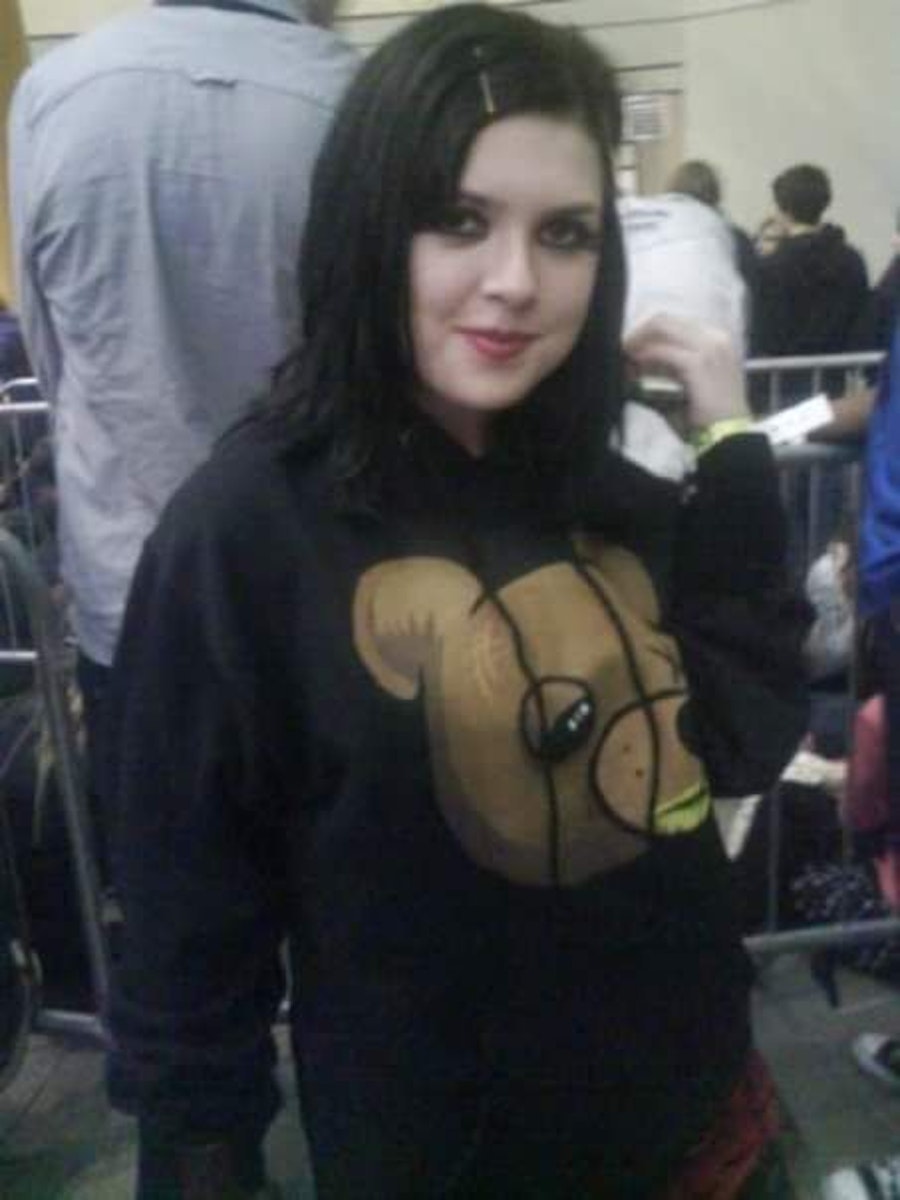 Gemma then and now 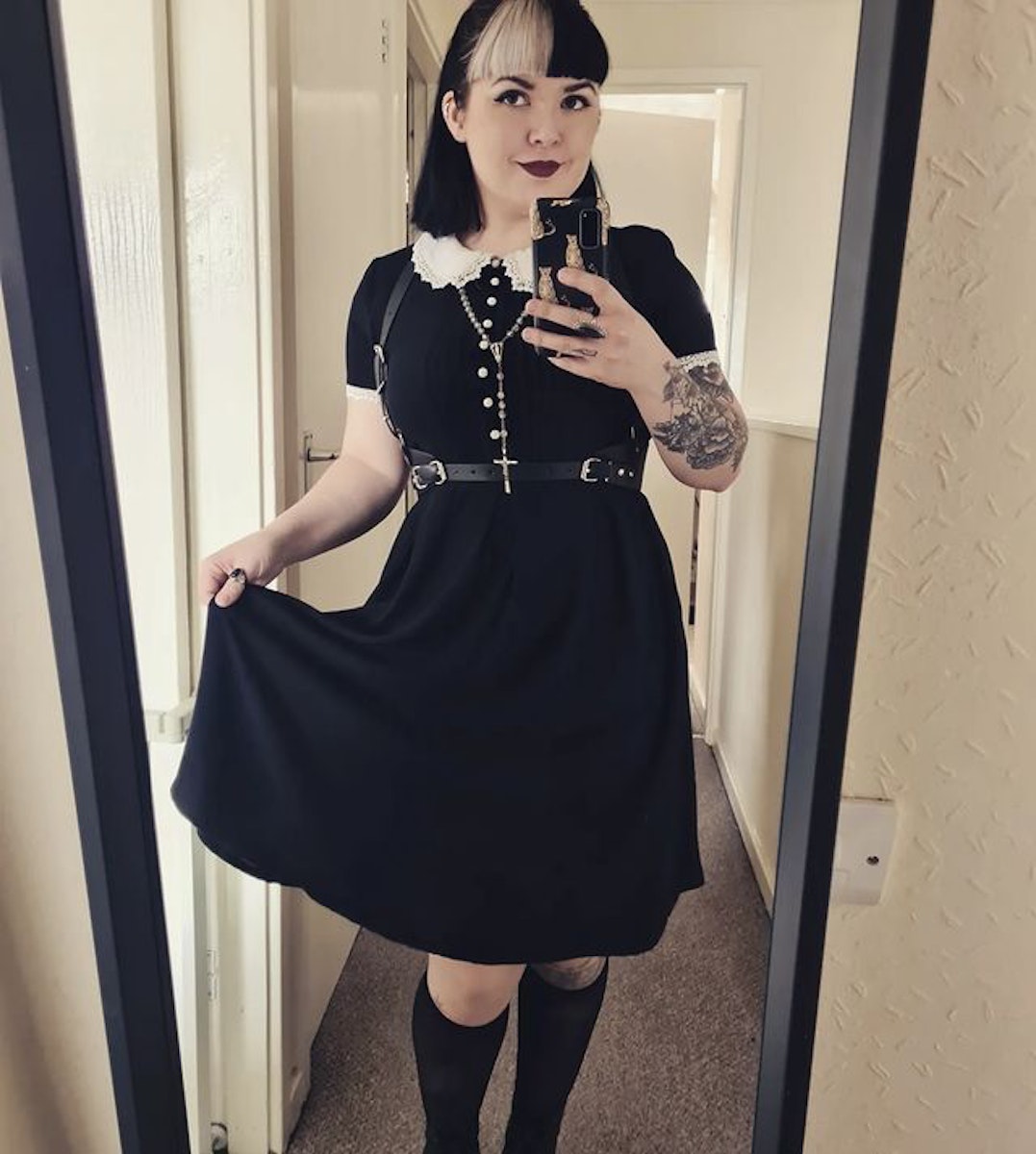 Gemma then vs now

It’s easier than you might think to be a corporate emo in an office full of normies, though. ​“I’ll often get Slack or WhatsApp messages from current or former colleagues whenever My Chemical Romance has done something,” says tech journalist Charlotte. SEO manager Chloe agrees: ​“I often wear oversized band tees in the office because they’re so comfortable! I’ve busted out the ripped jeans recently, too. I’m definitely known as the office emo.”

Although the emo kids were likely the ones who got called names and had their lunch money nicked at school, the tide has changed since 2006, particularly as emo has enjoyed a resurgence in popularity in recent years. My Chemical Romance are selling out stadiums, Paramore trends on Twitter whenever Hayley Williams so much as says one word and emo classics are passed down through generations on TikTok, nudging it into the mainstream. ​“When I was younger, emo was seen as a slur or a derogatory label,” digital PR manager Gemma remembers. ​“It became synonymous with people with depression or who self-harmed. The difference now is that the ​‘elder emos’ have reclaimed the label and those in Gen Z seem to be happy to wear it as a badge of honour. There is less of a stigma behind the term emo now.”

Indeed, while it was once known as a subculture for unhappy people, with songs that spoke to millions of teenagers as they grappled with the intense bursts of angst and heartache that filled their days, emo in the 2020s has become a thing of joy and nostalgia. If you’ve ever tunelessly screamed along to the iconic opening lines of Welcome To The Black Parade with a bunch of strangers while off your face at an emo night (80s nights for millennials, perhaps?), you’ll know there’s something beautifully communal in the way being an emo fan connects you with others. It’s why the corporate emos have clung onto the genre so much. As marketing campaign producer Amber says, ​“It was such a creative time, when your biggest worries were getting out of your town or someone breaking your heart.” 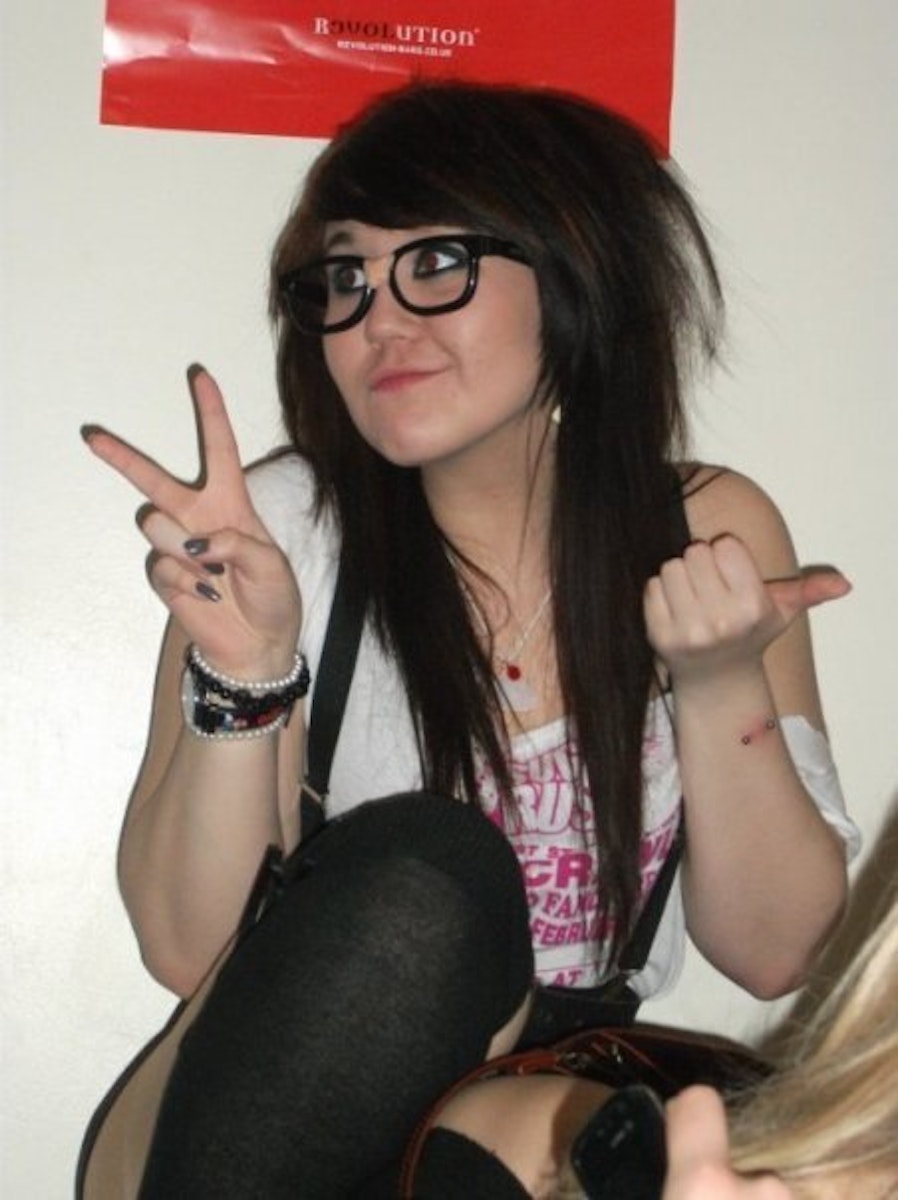 Amber then and now 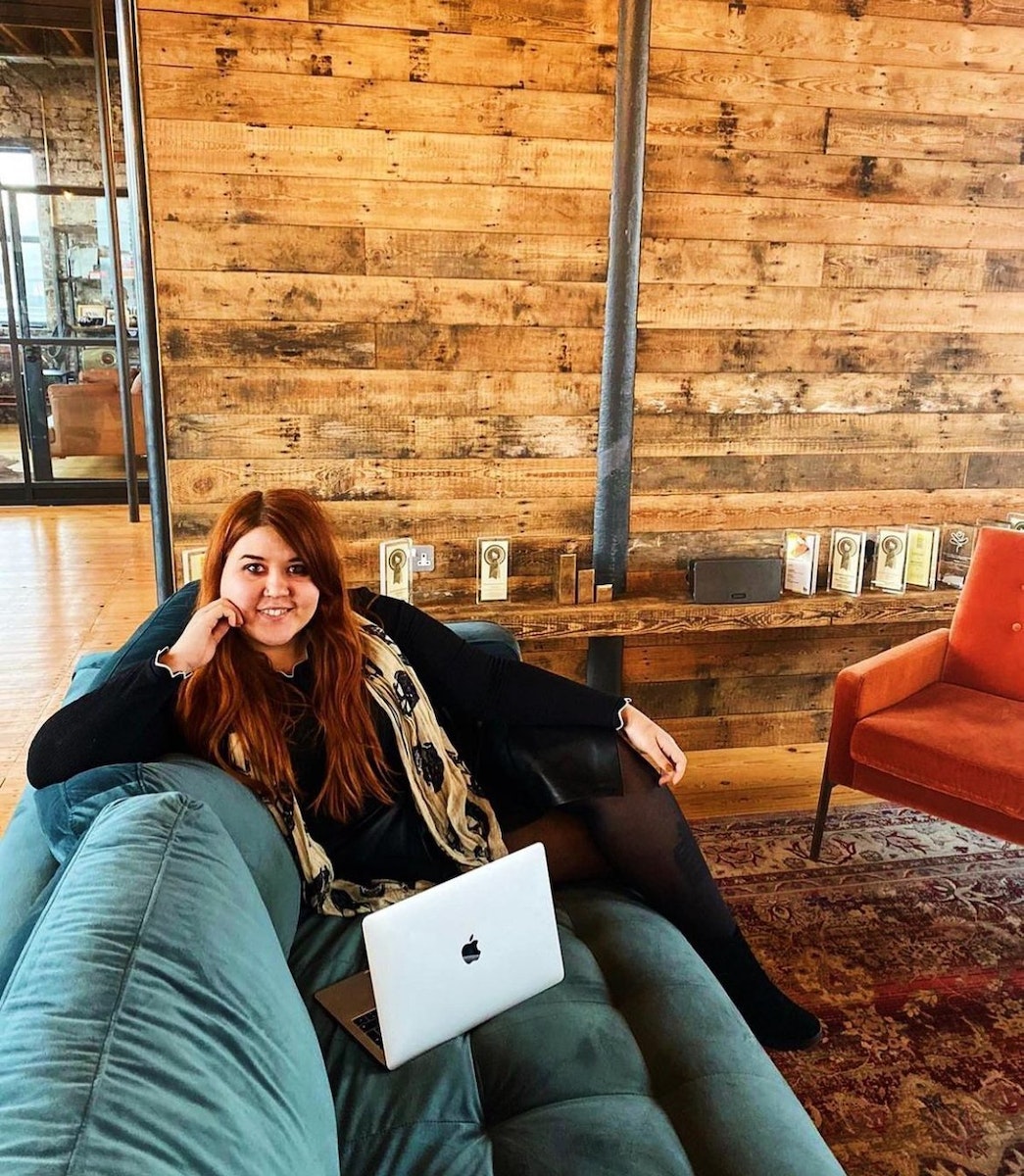 Amber then vs now

This is also partly why TikTokkers have found the contrast between emos in the corporate world and their own private space, where they can headbang to Pierce The Veil to their heart’s content, so relatable. The office environment is their mundane reality and emo is their escape – as it always has been, when you think about it.

Millennials and Gen Z are also particularly well-known for their love of nostalgia. Present day has been cruel to them, what with extortionate student debt, stagnant wages, Brexit, Covid-19 and now the cost of living crisis. So, they’ve held onto a simpler past as a comfort blanket. The sound of emo is a one-way ticket back to happier times. 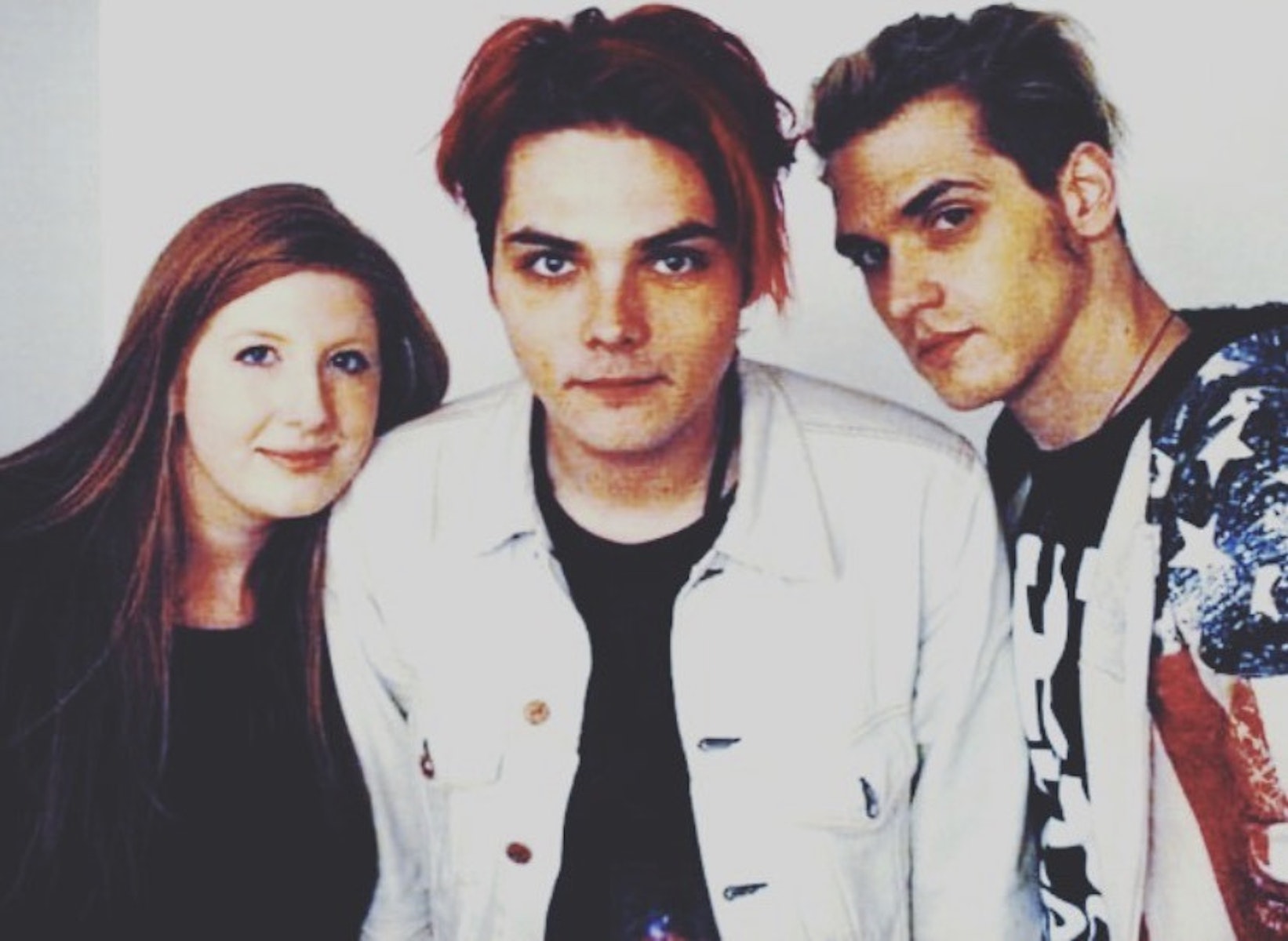 Chelsea then and now 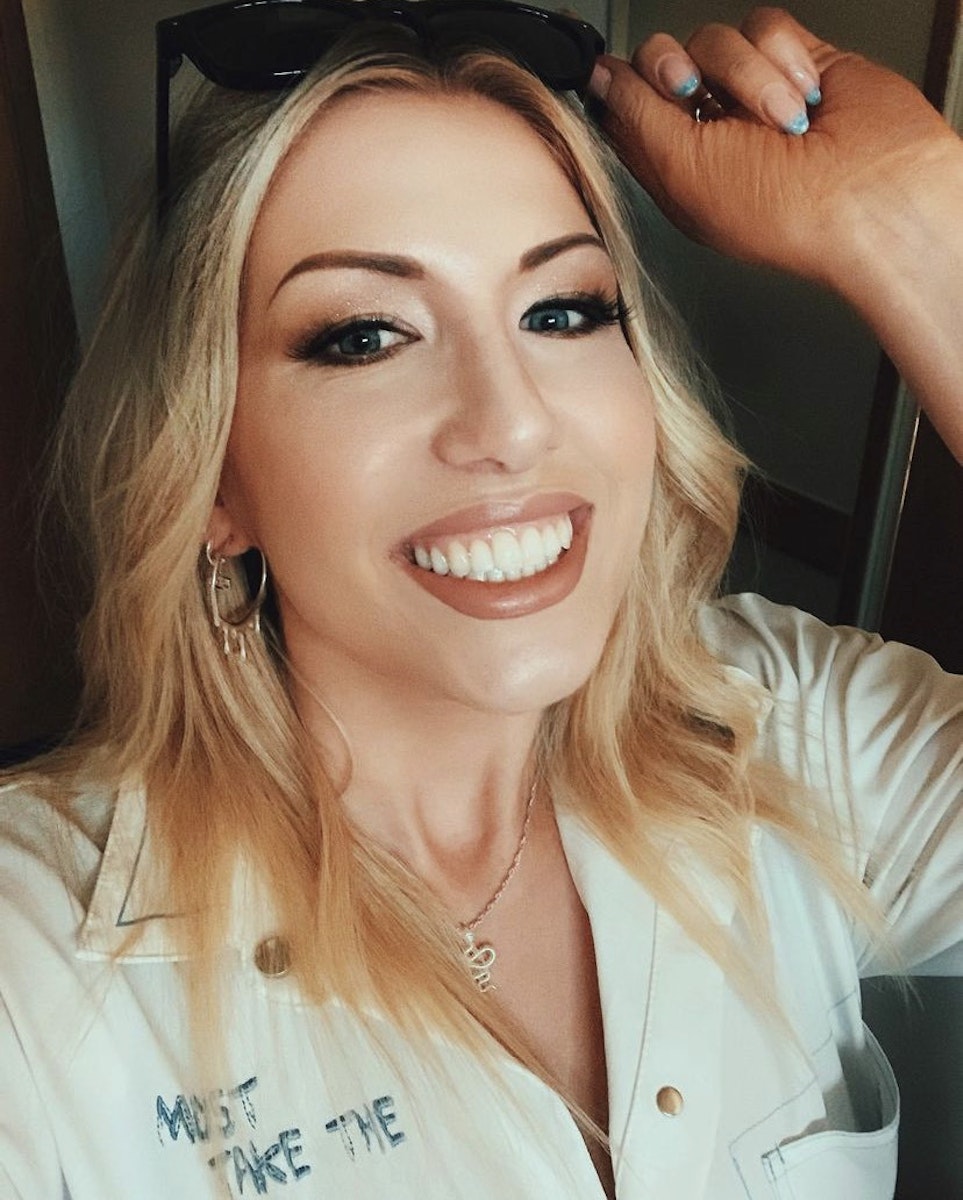 Chelsea then vs now

But the corporate emo life isn’t necessarily a case of Peter Pan syndrome. ​“Sometimes it’s okay to keep a bit of [your youth] with you,” says Barnaby, who now works in legal publishing. ​“Life can be stressful!” With soul-destroying rents and bills to pay, adulthood is often profoundly unfun. Sometimes, we just need to be allowed to have nice things.

For some, the corporate emo label is more literal. There are former emo kids who’ve made careers out of their ​“phase”, with their passions leading them into roles in the music industry. ​“From picking up a copy of Kerrang! when I was a young kid and deciding soon after to get into shooting shows, to having the light bulb moment of realising that I could channel my passion for music into a career, [my emo phase] had a bearing on just about everything I do in some way,” says Chelsea, who now works at rock and metal publicity agency The Noise Cartel. 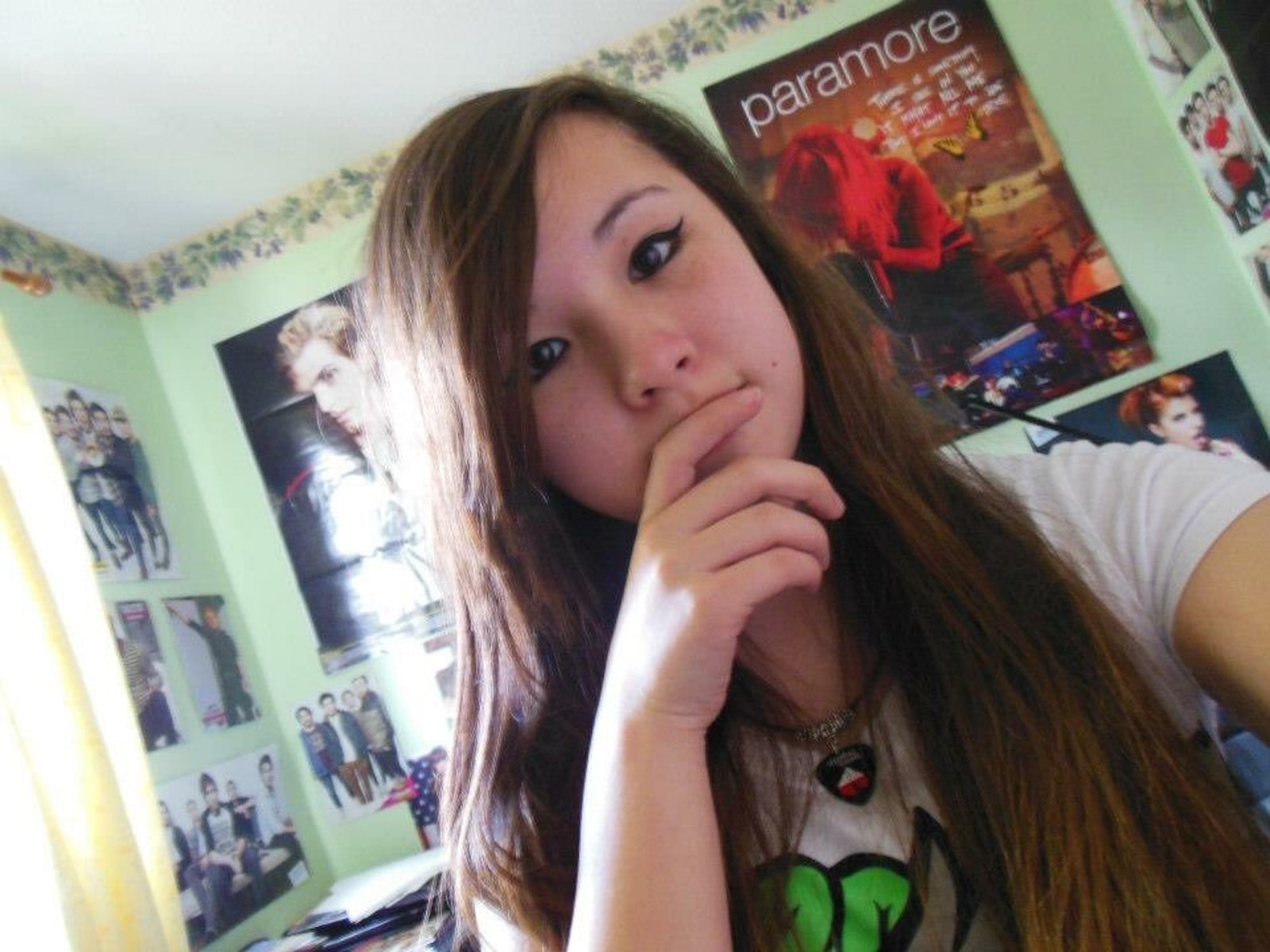 Angela then and now 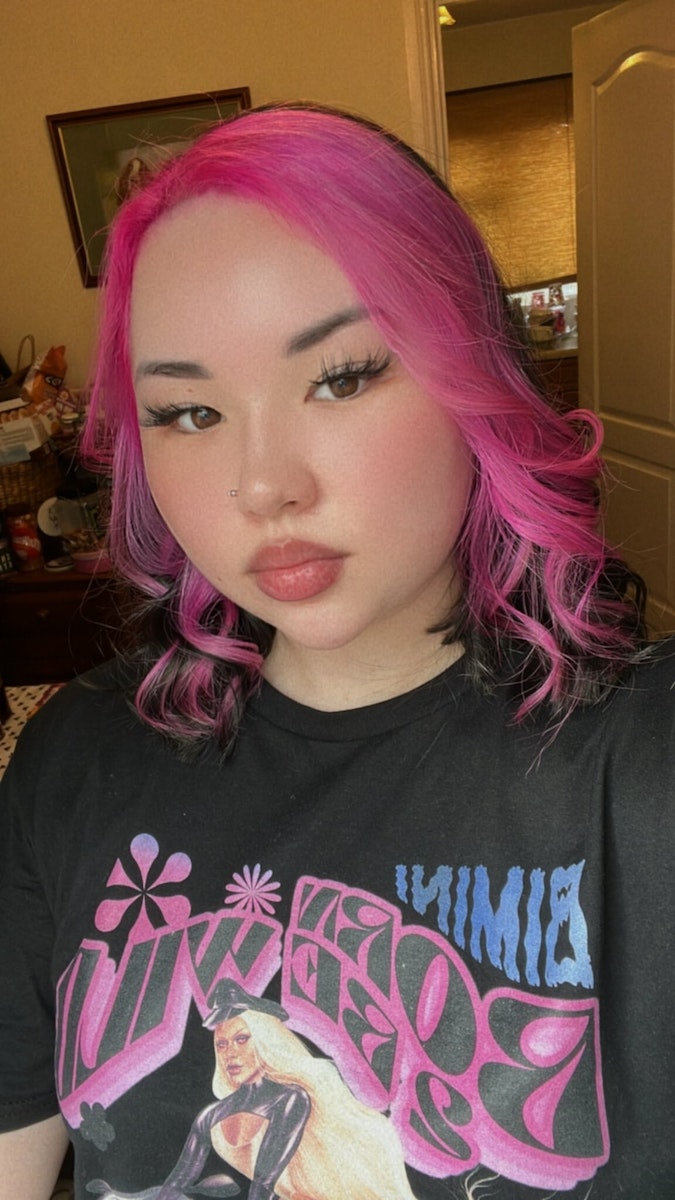 Angela then vs now

Similarly, Angela now works as a tour assistant at Festival Republic, the organisation that makes Latitude and Reading and Leeds happen every year. ​“I went to every gig I could in London, queuing early and sticking around after to chat to crew members and make connections,” she explains. ​“I then decided to drop out of my A‑Levels and pursue a job in the industry.”

So while the figure of the corporate emo has emerged from the genre’s second peak, it has also shown that emo was – and is – more than a passing fad. It’s become a significant cultural movement. Arguably, it’s more loved than ever before.

“There seems to be something about music and culture generally that if you were immersed in it at a certain, integral part of your life, it’s kind of destined to stick with you because of the meaning it had in that moment,” says Charlotte, reflecting the genre’s lasting impact. ​“For a lot of people, that’s what emo represents.”