Ghost of Tsushima has a severe case of wind. A 13th-century samurai adventure in which you wander a verdant island, fighting Mongol invaders with sword and bow, it pays homage to the films of Akira Kurosawa by giving you directorial control of the weather. Stroke upwards on the PS4 controller’s touchpad and the breeze surges, tugging at your character’s clothes and combing the grasses underfoot, leaves and fireflies whirling over the hills towards the next gaggle of marauders you must kill.

The effect is mesmerising at first, but it misses something basic about its inspiration. In Kurosawa’s feudal epics the weather is, of course, more than a means of navigating the artwork: it’s an elemental reflection of theme or character. Ghost of Tsushima turns it into an unsubtle project management tool, a shove in the direction of your objective. What capacity it has to stir or inspire you is compromised in the process.

You can explore without the wind’s aid, but it’s triggered whenever you accept a task and subsequently, whenever you quit the game’s inventory screen. As so often in big-budget ​“triple‑A” games, repetition robs the feature of its romance. The windblown particles become suffocating, as though the game were drowning in all the motifs and props it lifts from Japanese cinema (a bulging wardrobe of unlockable outfits aside, there’s a ​“Kurosawa mode” that muzzles the audio and applies a scratchy monochrome filter). The accompanying wail of a flute, broadcast from your controller’s speaker, becomes abrasive. All of which might be bearable if the wind were fit for purpose, but it’s too imprecise to suffice when you’re near to your goal – at such times, the game resorts to more familiar navigation aids like floating icons. 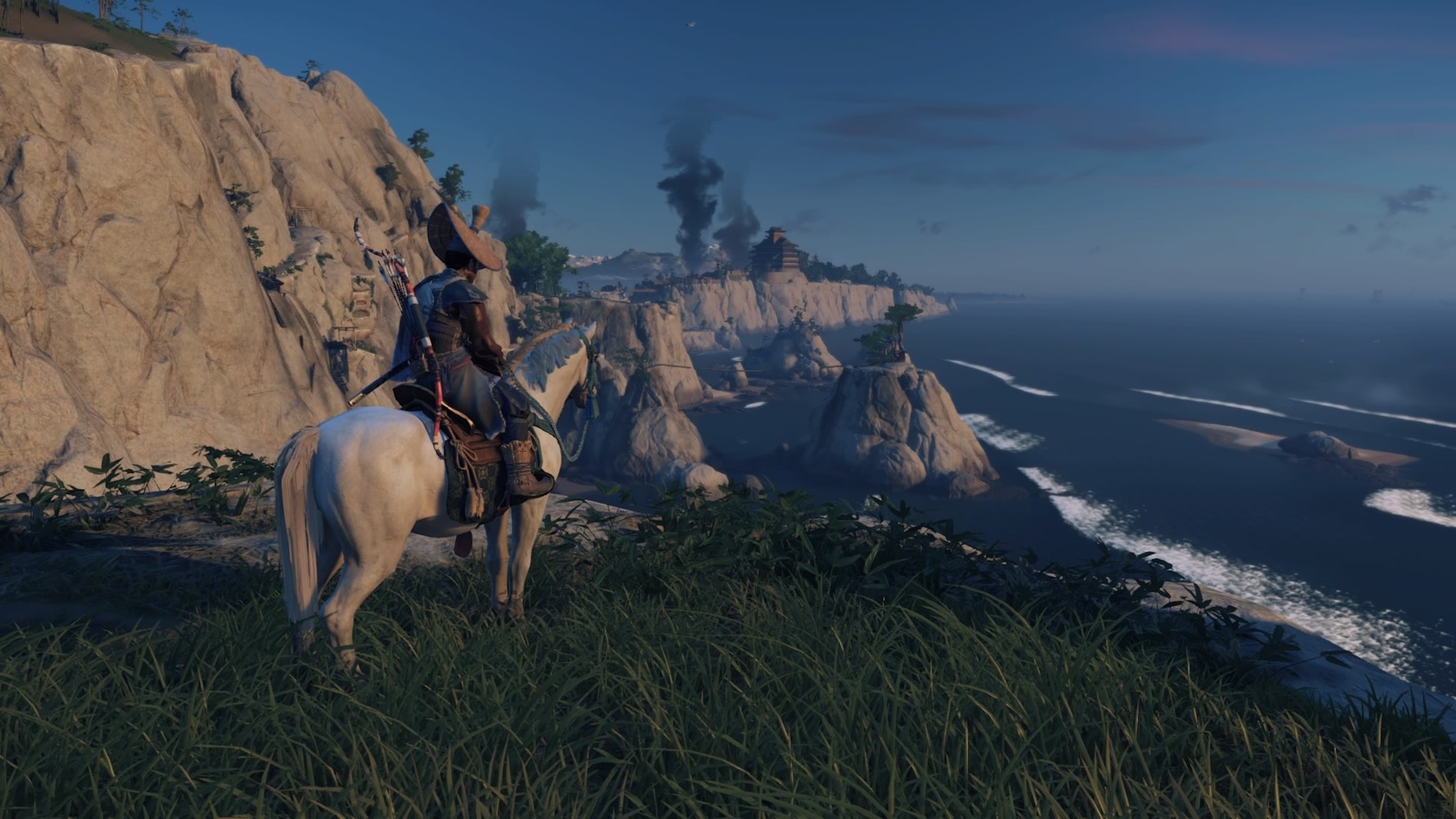 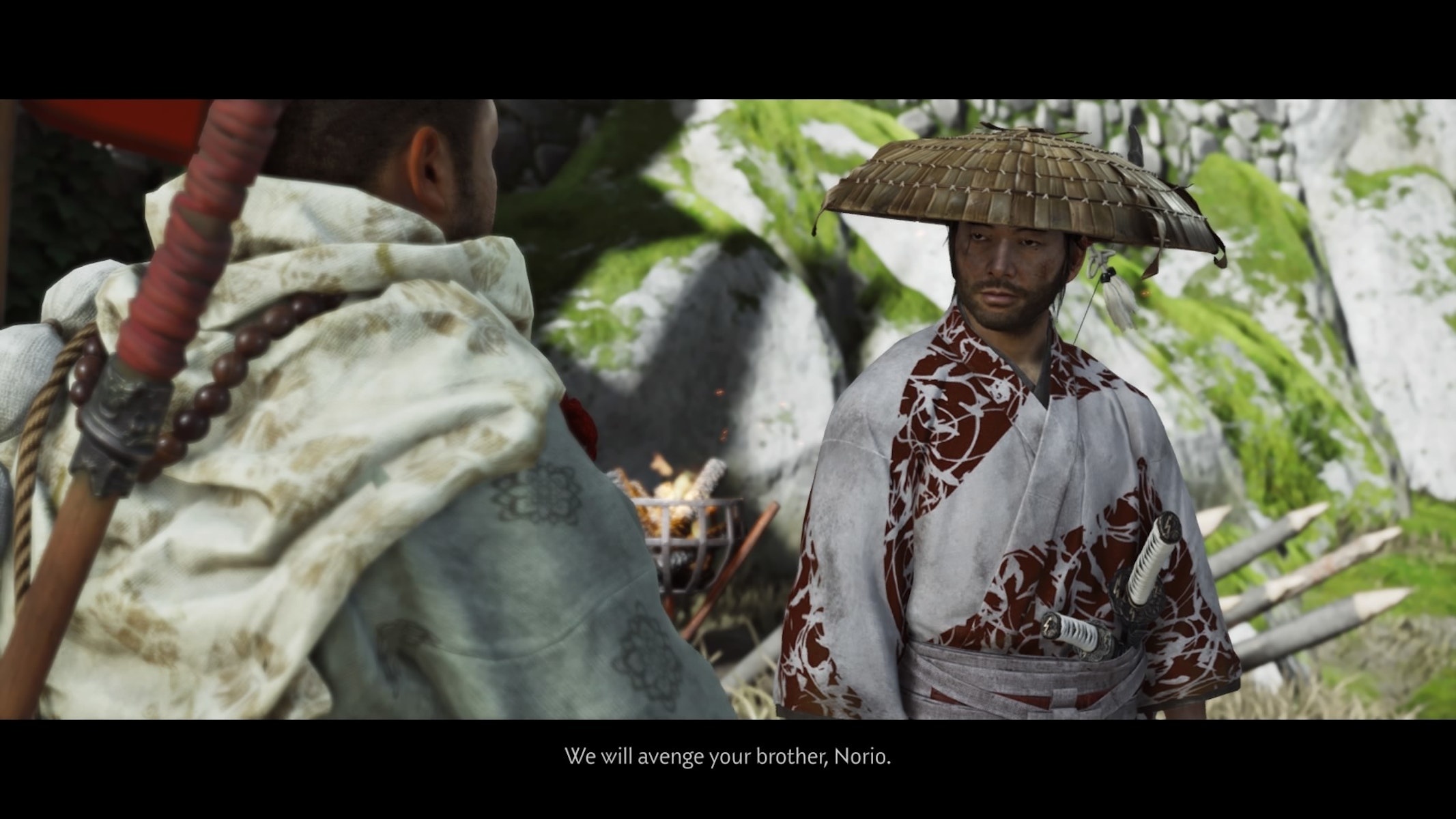 The crude instrumentalisation of Kurosawa’s wind betrays the hollowness of Ghost of Tsushima – a game that earnestly adopts some cherished cultural and filmic signifiers only to subordinate them to the same, blandly diverting errands you’ll encounter in every open-world blockbuster from Far Cry 5 to Horizon: Zero Dawn. As the dispossessed lordling Jin Sakai, you must rally the island’s residents against the Mongols by undertaking dozens of odd jobs – most of them one-offs, some of them chapters in on-going stories of grief and vengeance.

The majority of these involve having a chat or inspecting a scene, then clearing an area of undesirables in return for equipment-crafting materials and points to spend on abilities. Occasionally you’re treated to a big set-piece, such as ambushing a convoy from a rooftop, but these only give the same rhythms of play a louder narrative wrapper. The game’s better missions see you tracking down a legendary combat technique or relic. These stand apart because they actually ask you to think about landscapes you’ll otherwise trample through heedlessly – searching for the subject of an illustration, for instance, or a particular species of flower.

When attacking Mongol encampments you’re offered the choice of sneaky infiltration or open battle, which pays into a cliché plot dilemma about whether to play the upstanding samurai or seize any advantage to drive out the invaders. This dramatic quandary falls flat for two reasons. One is that the story assumes you’re yielding to the Dark Side no matter how you fight. The other is that stealth is too boring to tempt you from the honourable path: gadgets like smoke bombs aside, it’s about waiting for guards to look away before knifing them. The game tries to get around this by forcing stealth on you at intervals, failing the mission when you’re detected – a designer’s contrivance that dates back to the early noughties and certainly hasn’t improved with age.

Sword-fighting is Ghost of Tsushima’s standout feature, with four stances that are effective against certain kinds of enemy – ​“water” stance lets you bully past shields, for example, while ​“moon” makes short work of juggernauts who’ll otherwise send you flying. Emphatic finishing animations coupled with an easy-to-master parrying feature create a sense of aristocratic poise, the wandering ronin schooling a crop of jeering interlopers. The game’s smartest touch is the ability to challenge all nearby opponents, dispensing with stealth at a stroke and plunging you into a bout of slow-motion quickdraw with the nearest foe.

These tense standoffs cut through the tedium but don’t dispel it. The big-budget video game has become an extremely anodyne thing in recent years, the occasional eccentric like Death Stranding notwithstanding. A major issue is length: Ghost of Tsushima’s main story will last you north of 30 hours, and there simply isn’t enough intrigue here to contain the bloat. The wind exists to distract you from this, as much as to give you direction. It’s there to keep you hurrying around a game’s worth of hot air.