“I thought your ass was dead.”

“You know, I wasn’t really that nervous, even though my first scene was with Zendaya,” Javon chirps when we meet in the lobby of one of the hipper Brooklyn hotels. The Georgia-born child star is wearing a colourful hoodie and a sweet smile as his equally easy-going parents keep watch nearby.

“I was just really excited that I was able to act with her,” he says of the 23-year-old superstar who’s gone from Disney kid to franchise stalwart (Spider-Man) to blockbuster favourite (The Greatest Showman) and, now, to the lead role in the defining TV show of 2019. ​“I learned a lot from watching how she was always in character on set. That’s something that I took in and was like: ​‘Wow, I really like how she did that. I’m gonna implement that.’”

As fans of Euphoria can attest, the adolescent actor stole nearly every one of his scenes as the pint-sized, face-tatted dealer. Don’t worry: the tatts are all Sharpie – though Javon ​“gets the craziest looks” when he occasionally wears them off-set. ​“It was super-fun to be able to play a character that’s not like me whatsoever,” he continues in a preternaturally deep, husky voice which makes him sound just like the psychedelics-hawking kid he plays – minus the fuckin’ expletives.

On the no-punches-pulled show, Ashtray is the tough 10-year-old brother of semi-tragic high school dropout and local drug dealer Fezco (fellow newcomer Angus Cloud). As recurring characters in season one, the streetwise kid drug lords play a critical role in Euphoria, providing the lead characters with their mind-altering substances – ​“This shit is fuckin’ lit,” Ashtray promises Rue while selling her a baggie of sinister-looking white pills – and an entrée into the world of Bitcoin currency exchanges.

True to the nature of a show that vividly explores teenage highs and lows in sprawling Californian suburbs, Ashtray’s storylines are shocking – but also shockingly believable. As wise-beyond-his-years Javon observes: ​“It’s crazy to believe that there really are Ashtrays out there in the world.”

Boxing was the springboard for Javon’s acting career. His passion for the sport was sparked after watching tournaments on TV when he was just two years old. Soon he was ​“punching couch pillows and stuff like that”, begging his dad to take him to a gym so he could try boxing for himself. ​“It was something that I kept asking for over and over again. I was like: ​‘I wanna do that.’ Eventually dad took me to a gym, and that love has just stuck with me.”

He was only four when he started training, so it’s no wonder Javon has become a beast in the ring. He’s a multiple junior regional champion and two-times national silver medalist. He’s a gymnast, too: inspired by his sister, he’s now a rising star in elite youth trampoline and floor tumbling, as well as the first person in the state of Georgia to hold the youth gymnastics and boxing champion titles simultaneously.

Becoming one of America’s youngest elite youth boxers meant the pre-teen’s fame spread beyond sporting circles. After producers discovered Javon on YouTube, he was invited to show off his astounding moves on American TV stalwart Steve Harvey’s talk show. He sparred, jabbed, joked and pulled off a stunning backflip on the host’s desk. The October 2017 appearance (the online clip is titled You Gotta See the Fast Fists on this Future Floyd) has had over 10 million YouTube views, and drew the interest of HBO. Javon was cast as the waist-high gas station candyman the following year. 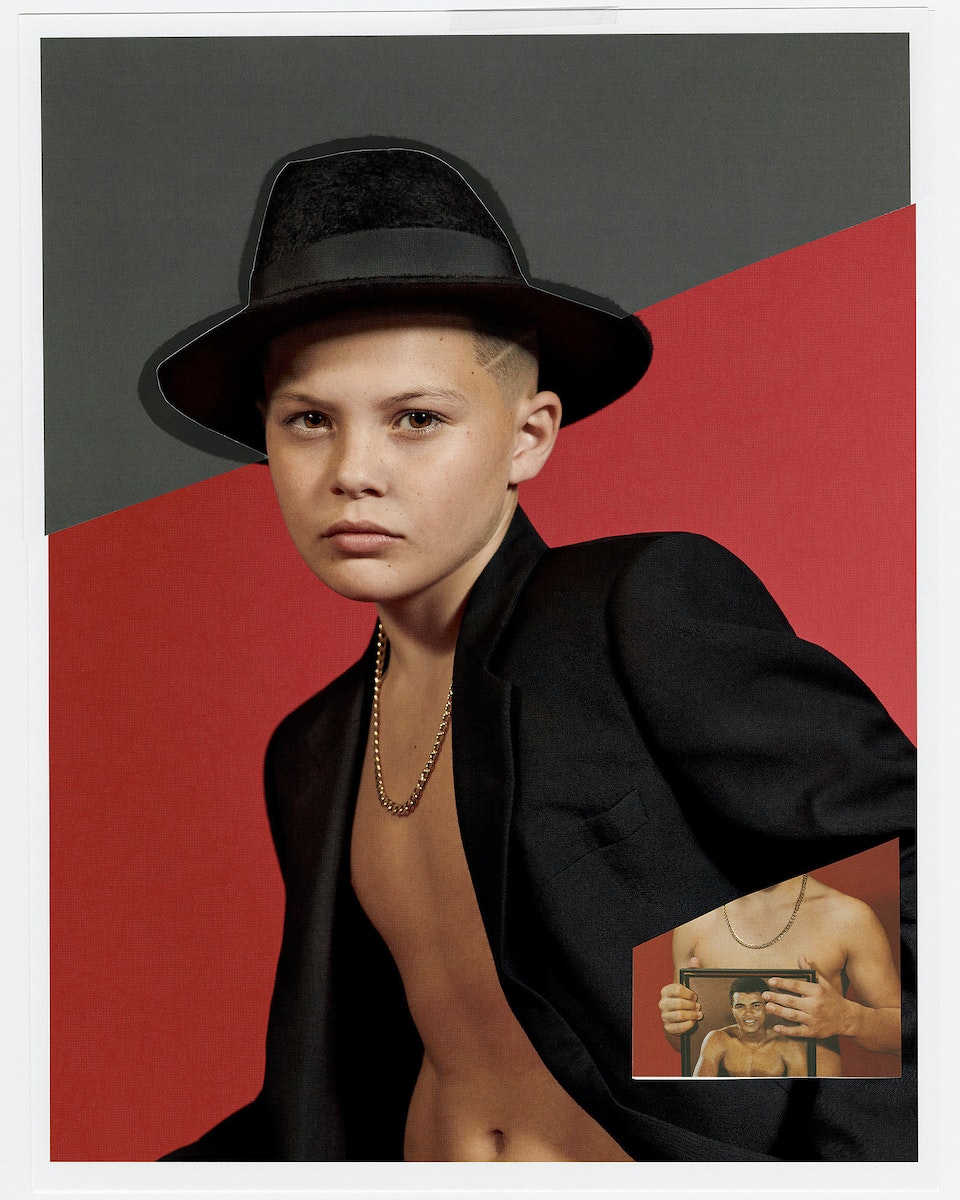 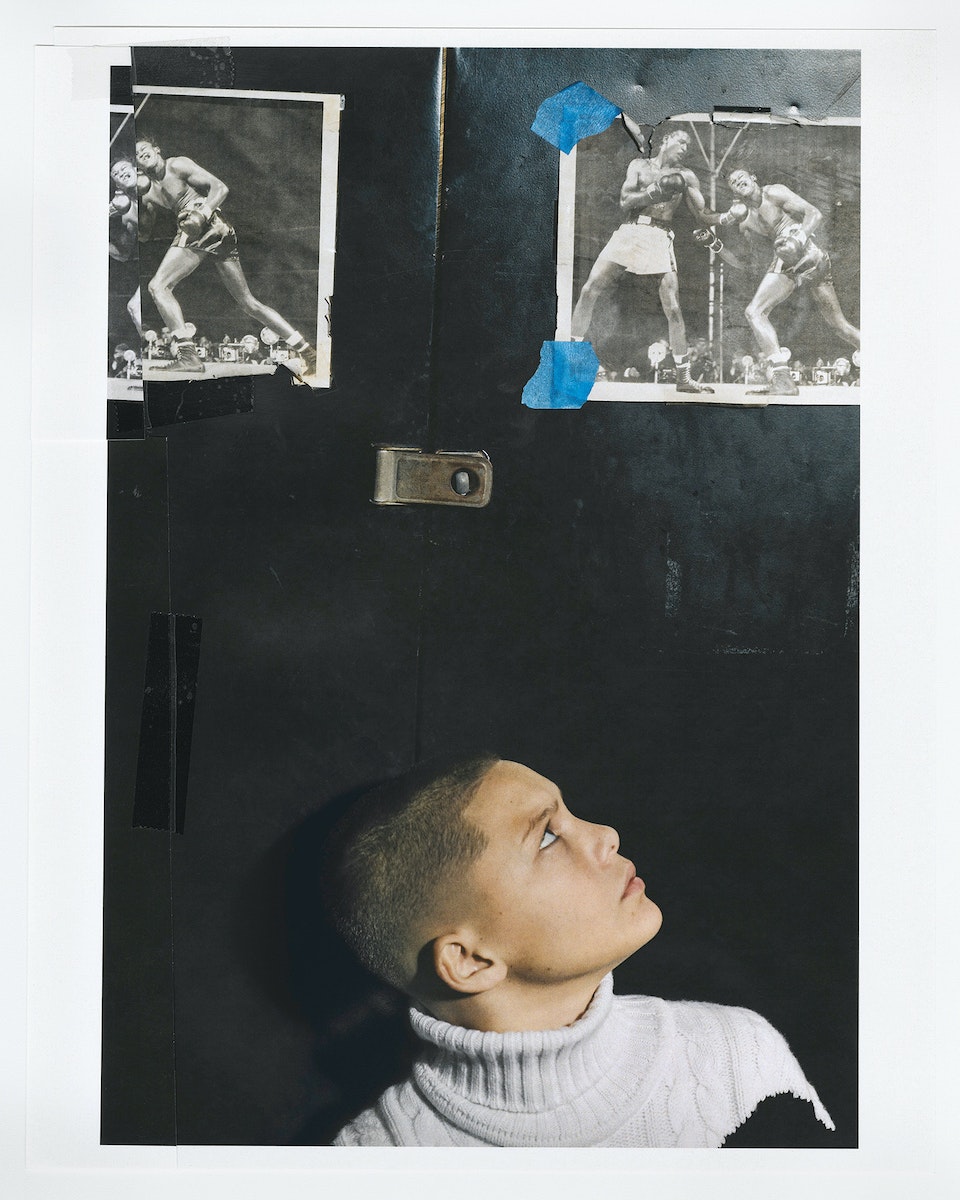 Javon’s unrelenting drive to succeed, whether as an athlete or an actor, is where his nickname comes from. He can do anything he ​“Wanna” do. ​“When I was very little, I never put limits on myself,” he says, explaining that his dad and boxing trainer, DJ, taught him that ​“anything I want to do, I should work hard to achieve it”. The self-prophetic sobriquet started to stick when Javon was about five years old. ​“I worked hard every day to become a better me. My dad eventually gave me the nickname ​‘Wanna’. I didn’t want to train [in boxing] like a little kid. I wanted to train like an adult.”

When he was eight, Javon’s athletic renown caught the attention of American sportswear company Under Armour, which sponsored him as the brand’s youngest endorsed athlete. In 2016 he began appearing in commercials for the brand, and in 2018 they cast him in a commercial alongside WWE superstar Dwayne ​“The Rock” Johnson.

“He is a super-inspiring, awesome, really talented person,” Walton enthuses of the wrestler-turned-actor, whose signature ​“people’s eyebrow” Walton flawlessly mimics in the ad spot. ​“They asked me: ​‘Hey, can you do the eyebrow thing?’ I was like: ​‘Uh, yeah, let me try it…’ And I did it,” he adds proudly, before politely inquiring if I can do it, too. ​“Don’t worry, it’s hard!” he says sympathetically as I pitifully attempt to wiggle my brows. 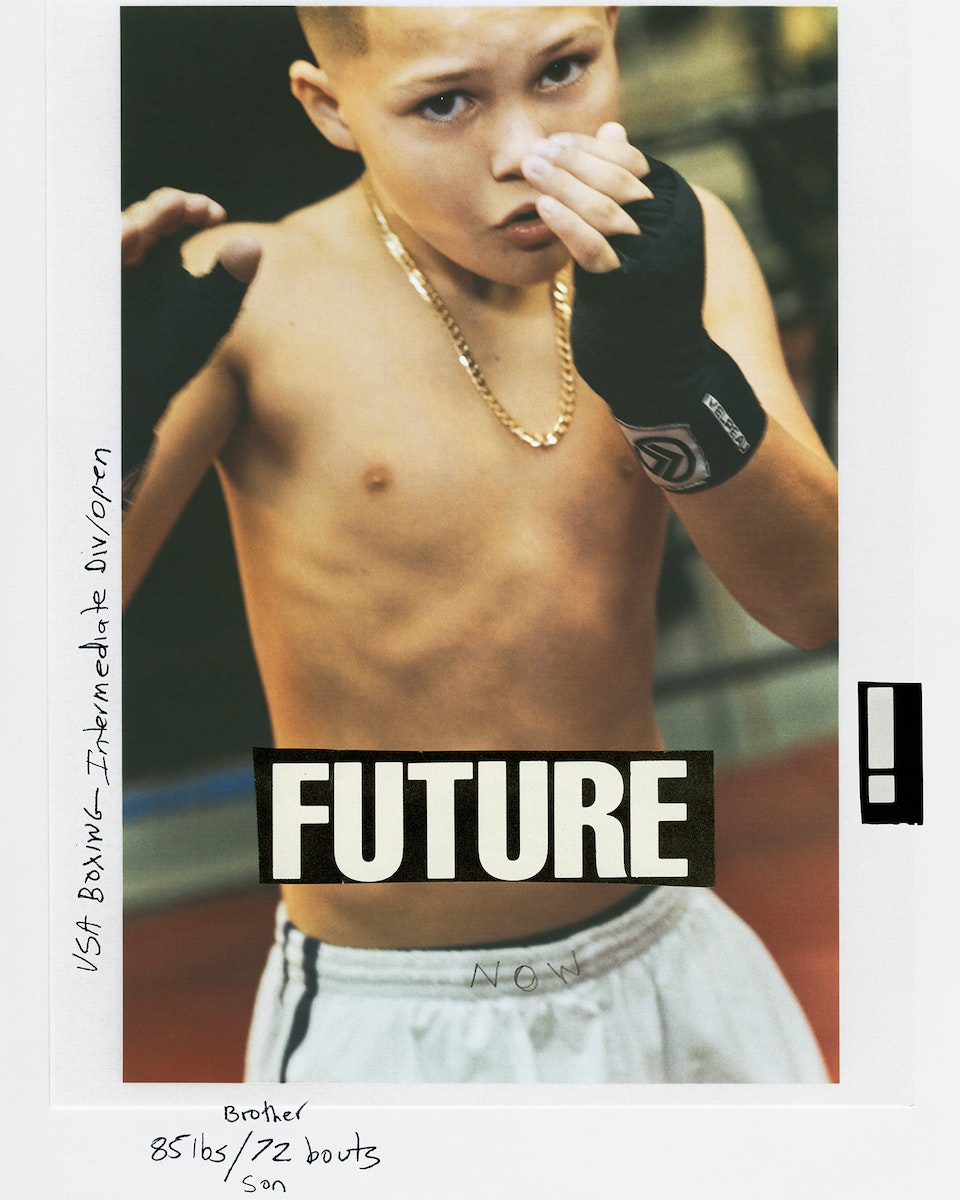 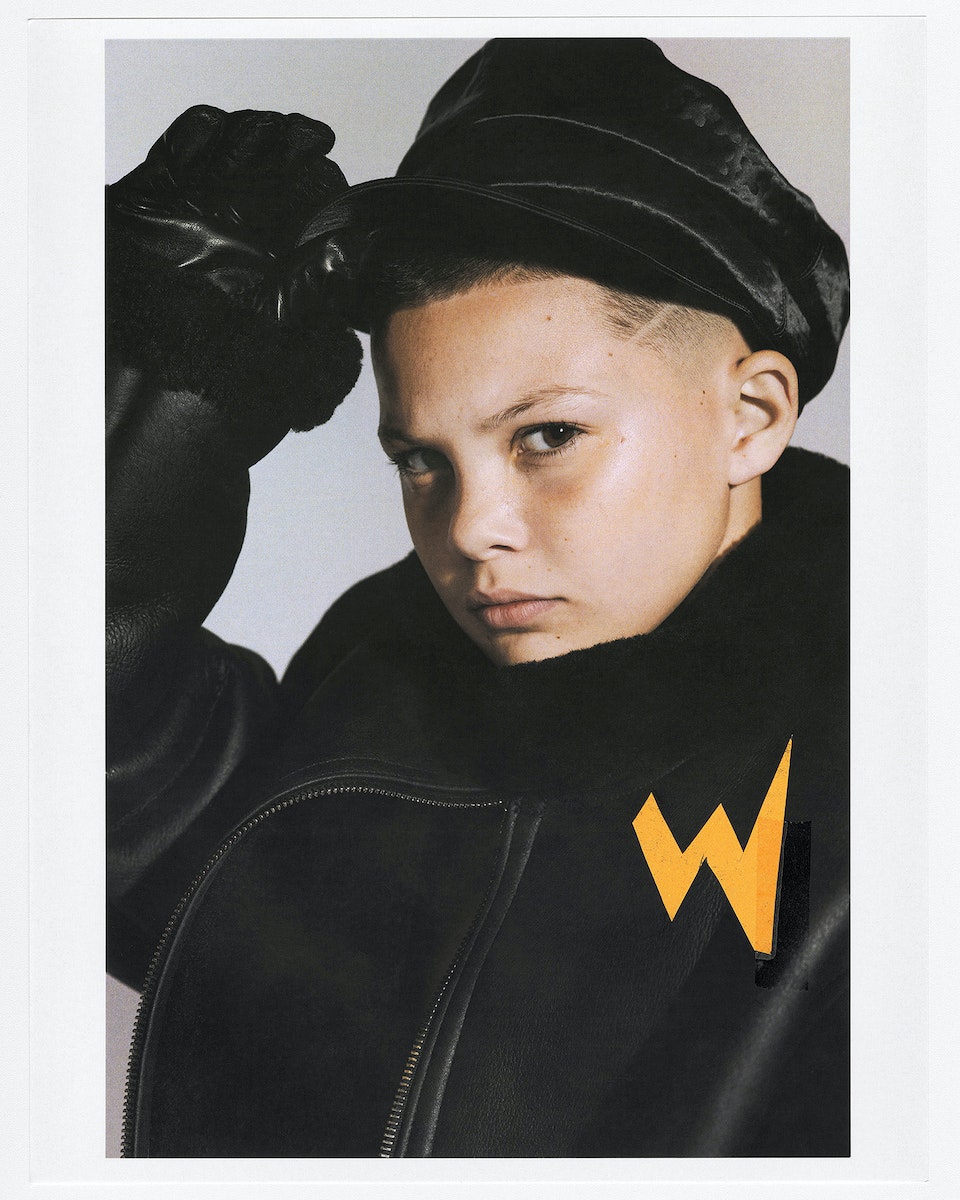 As you might expect, Javon has an all-star team in his corner. DJ coaches him while mum Jessica manages his acting career. Both parents are entrepreneurs: in 2012 they developed an interactive children’s storytelling app with singer Alicia Keys (DJ co-founded and is president of the musician’s company, Alicia Keys Worldwide, Inc).

That business savvy spans the generations. In 2017 Javon and his family founded Onward Athletics, a boxing training centre serving professional and amateur boxers in their hometown of Braselton, an affluent suburb northeast of Atlanta. They also launched a premium fitness gear brand of the same name, through which Javon plans to release his signature youth athleisure line, Wanna Fight, in 2020.

On top of this Javon has founded his own production company, Wanna Fight Promotions, where he’s developing an upcoming independent film in which he’ll star. The project will also earn him his first producer credit. ​“It’s a little too early to talk about it,” says a kid for whom nothing is too early. ​“But I’m really excited and can’t wait for that to come out. I would really like to be able to produce in the future.”

For Javon, Onward Athletics is more than just a location or a brand – it’s a mindset. His ultimate dream is to ​“win a gold medal” at the Olympics. According to his dad, Javon has set his sights on the 2028 Los Angeles games, when he’ll finally be of eligible age to qualify for competition. Come Olympics time, he adds, ​“boxing would 100 per cent be the only focus”, meaning he’d press pause on the film and TV work.

He might have to fight his way out of the acting industry first, though, because he’s in high demand. Euphoria has been renewed for a second season, and Walton will also be seen in Amazon’s upcoming Utopia, a remake of the cult Channel 4 series from 2013 – 14. Screenwritten by Gone Girl author Gillian Flynn, the show will feature Walton as a ​“dynamic character” named Grant, who ​“grows up in the Kansas City projects raised by a single alcoholic mother who is now all by himself on the streets” trying to solve a conspiracy.

“I knew [it] would be a challenge, but that’s what I liked about it,” he shrugs. There are stunts too, which, given his outstanding physical abilities, he’ll be performing himself. ​“I want to accept the challenge and be able to play something even harder than a drug dealer.”

Even though Javon is already in career mode, he’s just as focused on his education. To accommodate his hectic schedule he’s been home-schooled since 2017 and, amid the professional multi-tasking, has somehow managed to maintain exemplary marks. ​“I try to balance it to the best of my capability. Boxing comes first and foremost. Well, after school.” 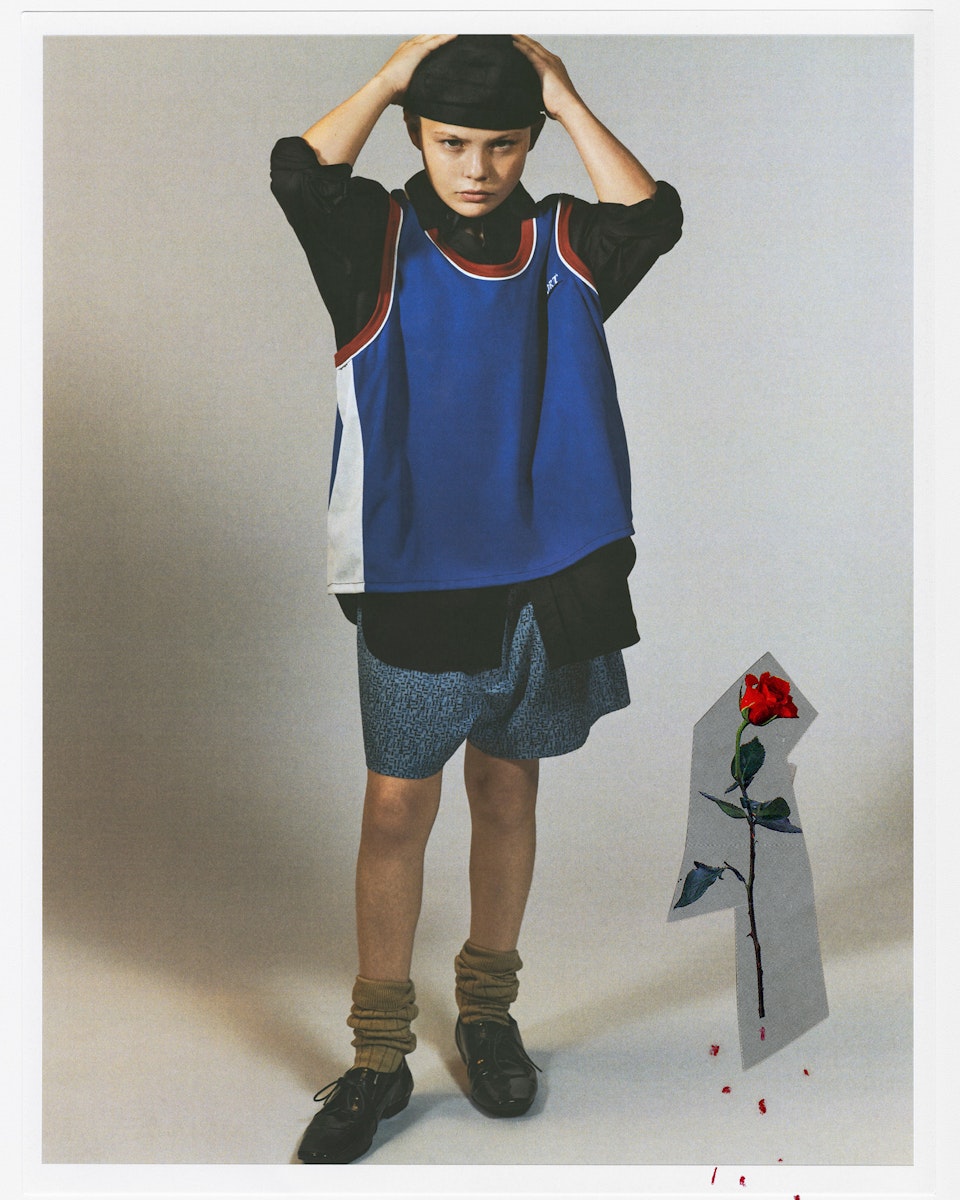 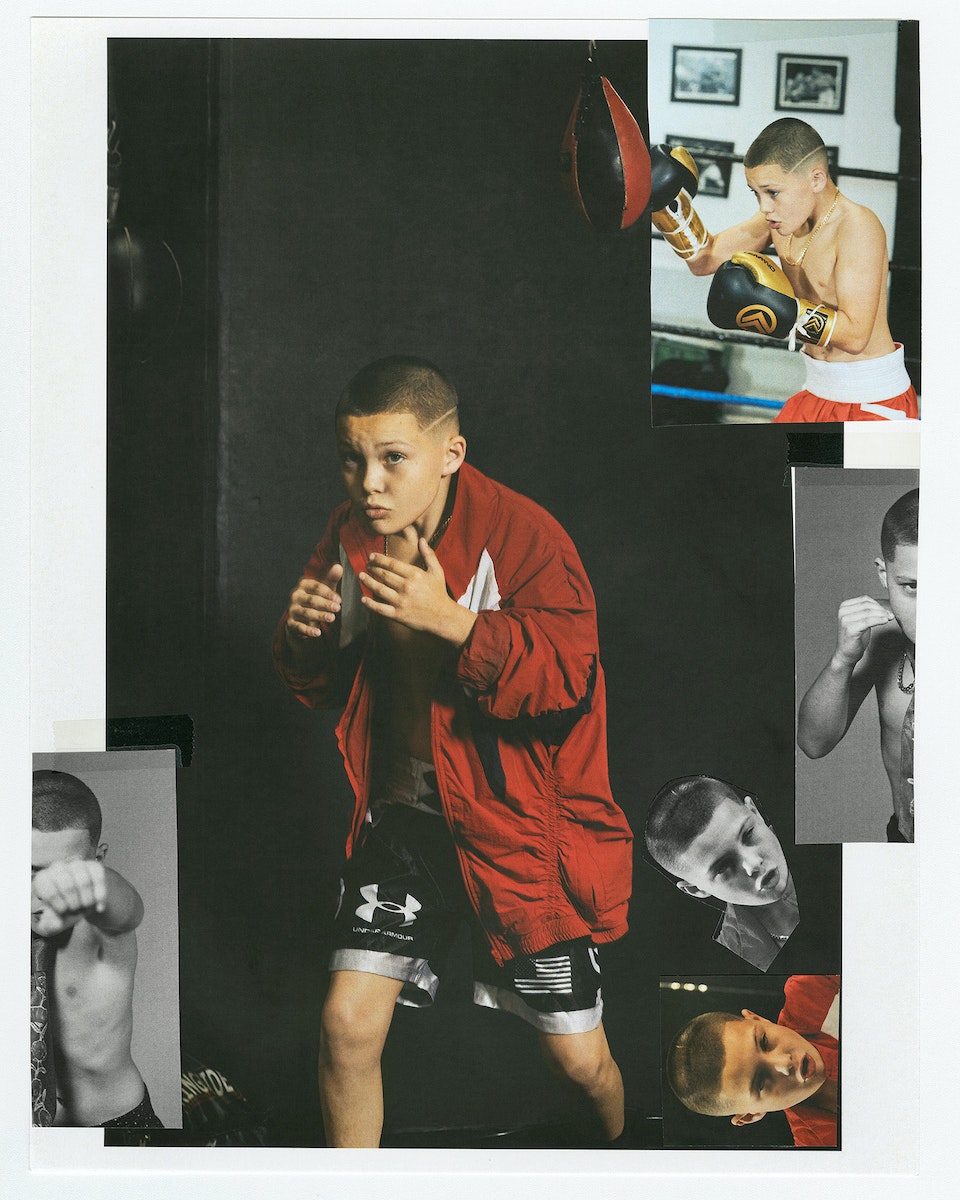 Education, entertainment career, endorsement deals, boxing training, competitive gymnastics, Olympic preparations – as well as everyday fun with his fraternal twin Jaden – might seem like a punishing schedule for a kid barely into his teens. But the prodigious multi-hyphenate exhibits a startling sense of self-discipline and maturity.

Every once in a while, though, Javon ​“Wanna” Walton reminds you that he’s still just a kid – like when he raves about the mind-boggling surreality of seeing people dress up as Ashtray for Halloween. ​“I was like: ​‘Whoa!’” he grins. ​“It’s crazy that people are dressing up like a character I played. It was awesome to see the costumes. Everyone rocked it and did really, really good. I’m still getting DMs about the costumes. So I might have to step it up a little more next year.”

An even bigger, bolder, badder Ashtray in Euphoria season two? We wouldn’t put it past him. 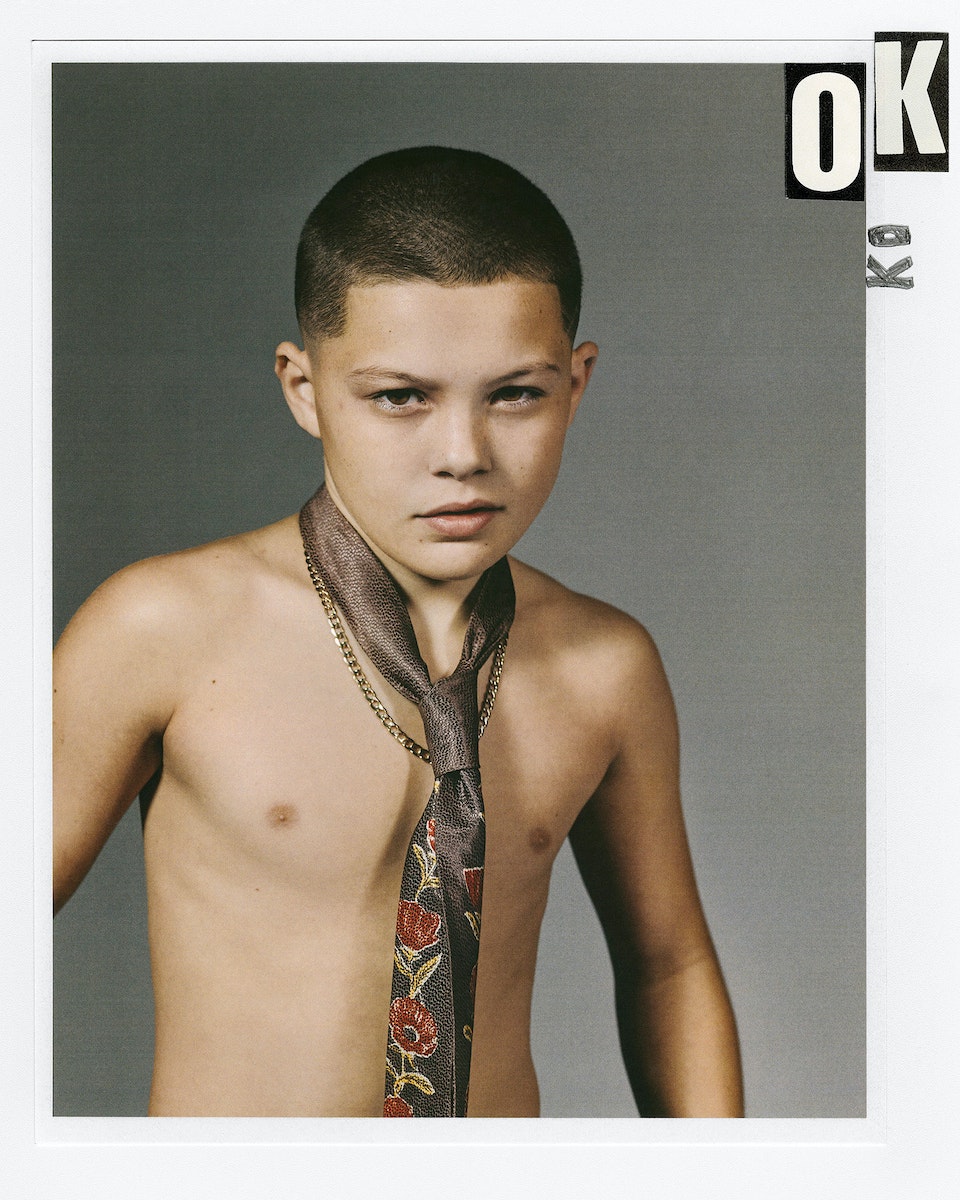 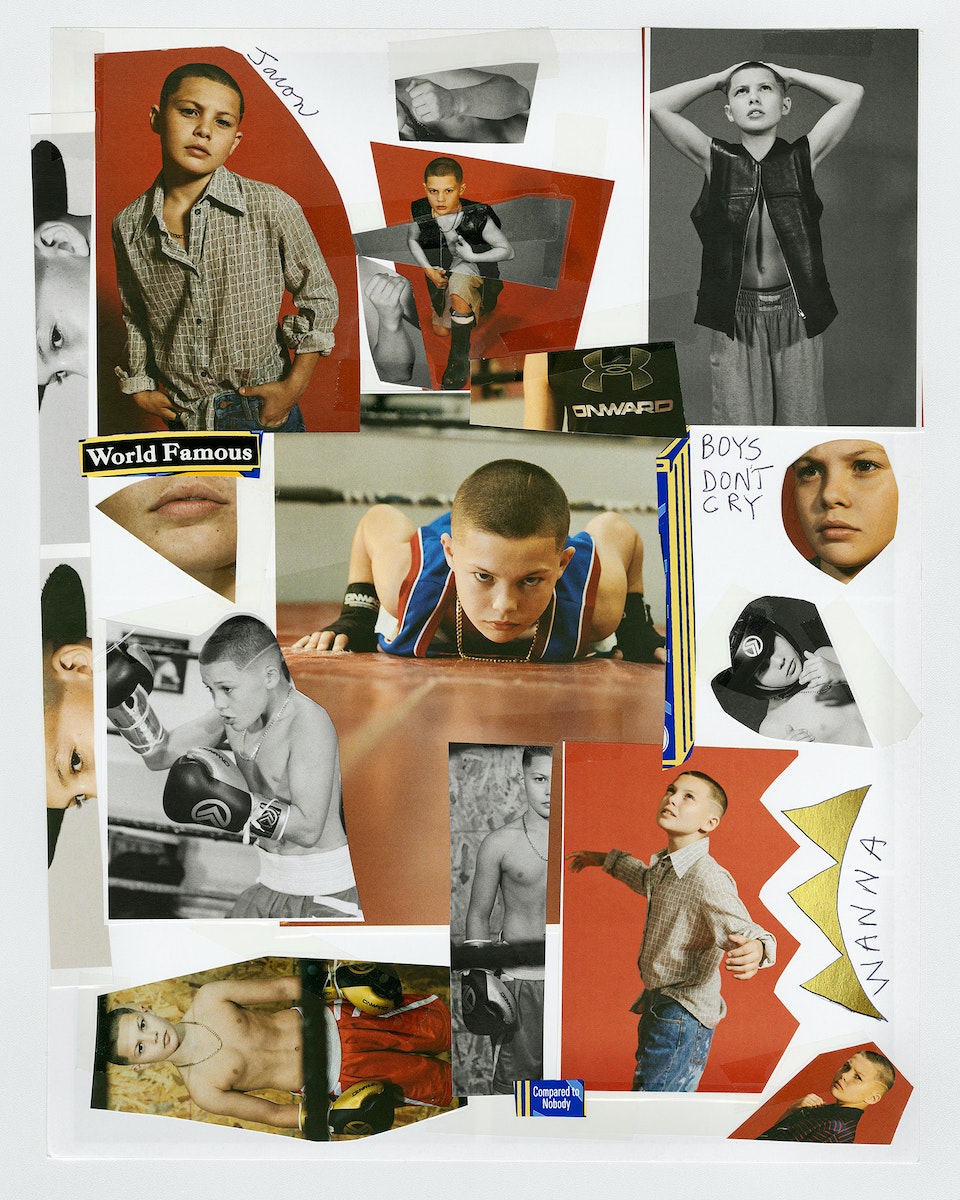