Somewhere in the 1997 video game Turok: Dinosaur Hunter there is a monkey that looks like an insect wearing a monkey’s skin. Its body is a clenched bundle of pipes and rhomboids. Its head is a pincer with a face smudged onto it: frozen mouth, haunted eyes. It seems too broken to live, too weird to die. And yet, whenever I look at it I find myself yearning to give it a cuddle.

The monkey is one of the thousands of ​“low poly” characters from older games that are enjoying a second lease of life on social media, rounded up by Twitter accounts like @lowpolyanimals and @lowpolly (which is about rudimentary renderings of food). Pictures of animals in general are among the internet’s top commodities, of course – they’ve become an actual cryptocurrency in Dogecoin, a software engineer’s joke based on the legendary Shiba Inu meme – but these malformed virtual critters have a distinct fascination.

To some degree, it’s about nostalgia. ​“There is a strange low poly character model in a bunch of games I played in my childhood and I thought they were hilarious!” Calvin, the user behind @ImagesReply, tells me over DM (Calvin is particularly keen on the wildlife of Spongebob games, and hopes one day to develop one). But it’s also, perhaps, that we can’t work out whether to find these animals charming, amusing or upsetting.

A quick primer: ​“low poly” refers to the use of a ​“polygon mesh” – in lay terms, a ​“skin” of glued-together, straight-sided 2D shapes – to render a 3D object in computer graphics. The more polygons in the mesh, the more complex and (assuming you’re aiming for photorealism) convincing the object. But the more polygons you use, the more computing power you need and the heavier the toll on the simulation’s performance. 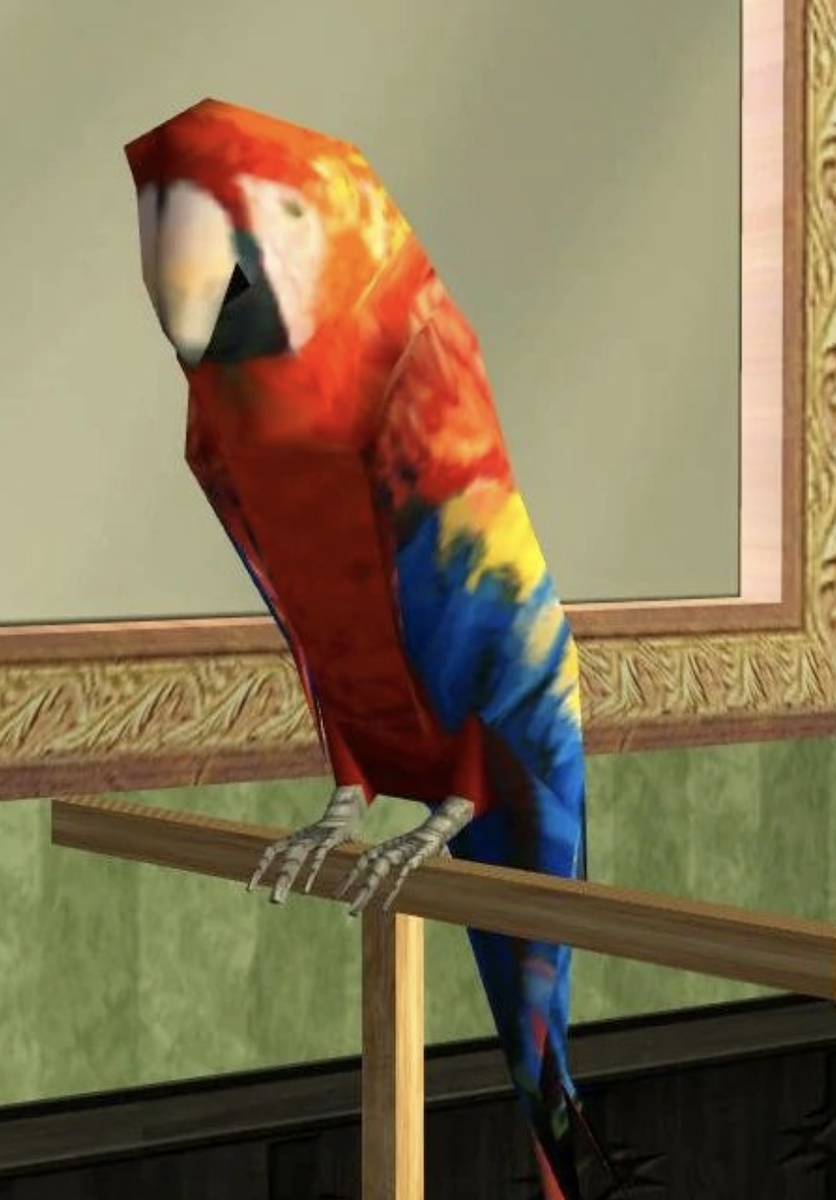 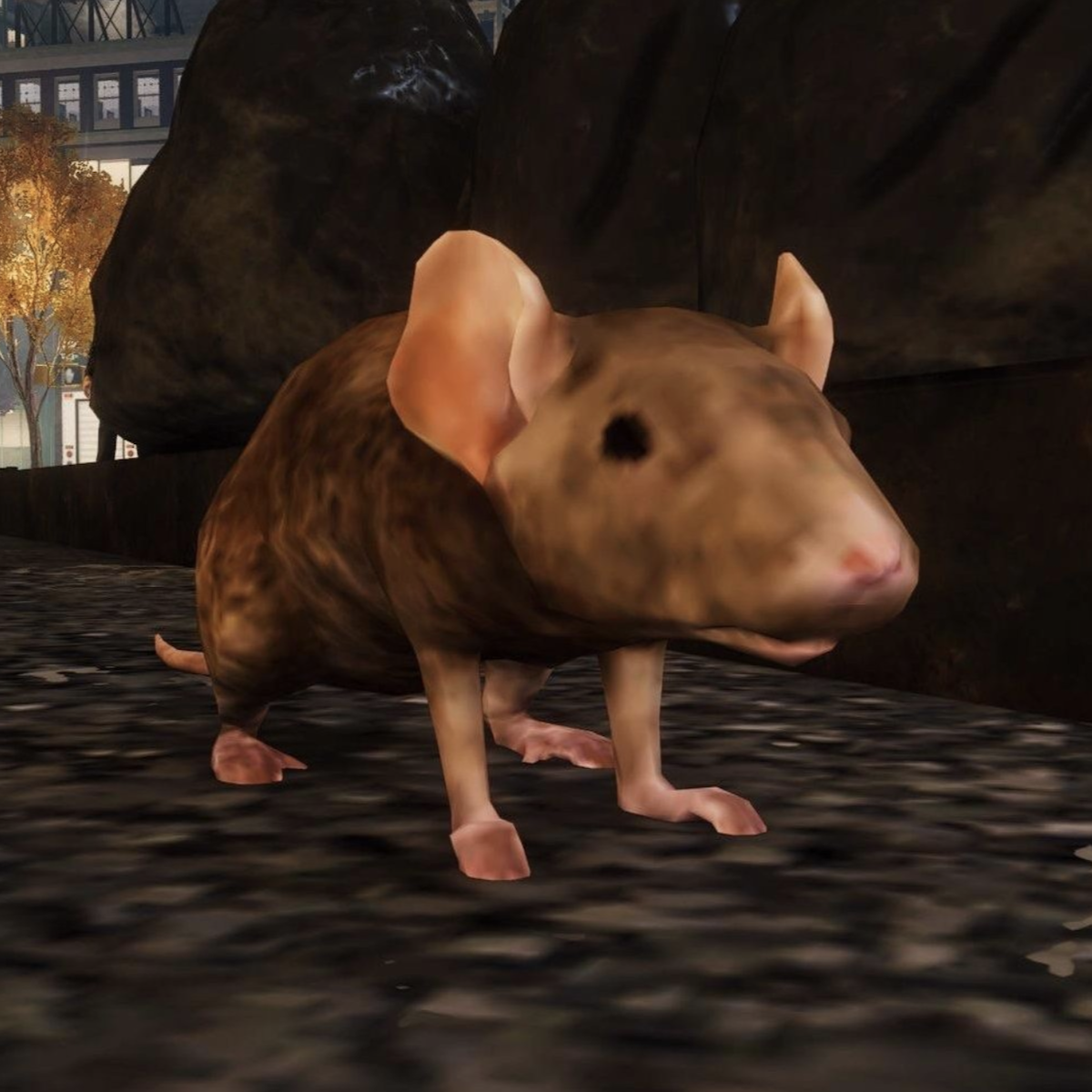 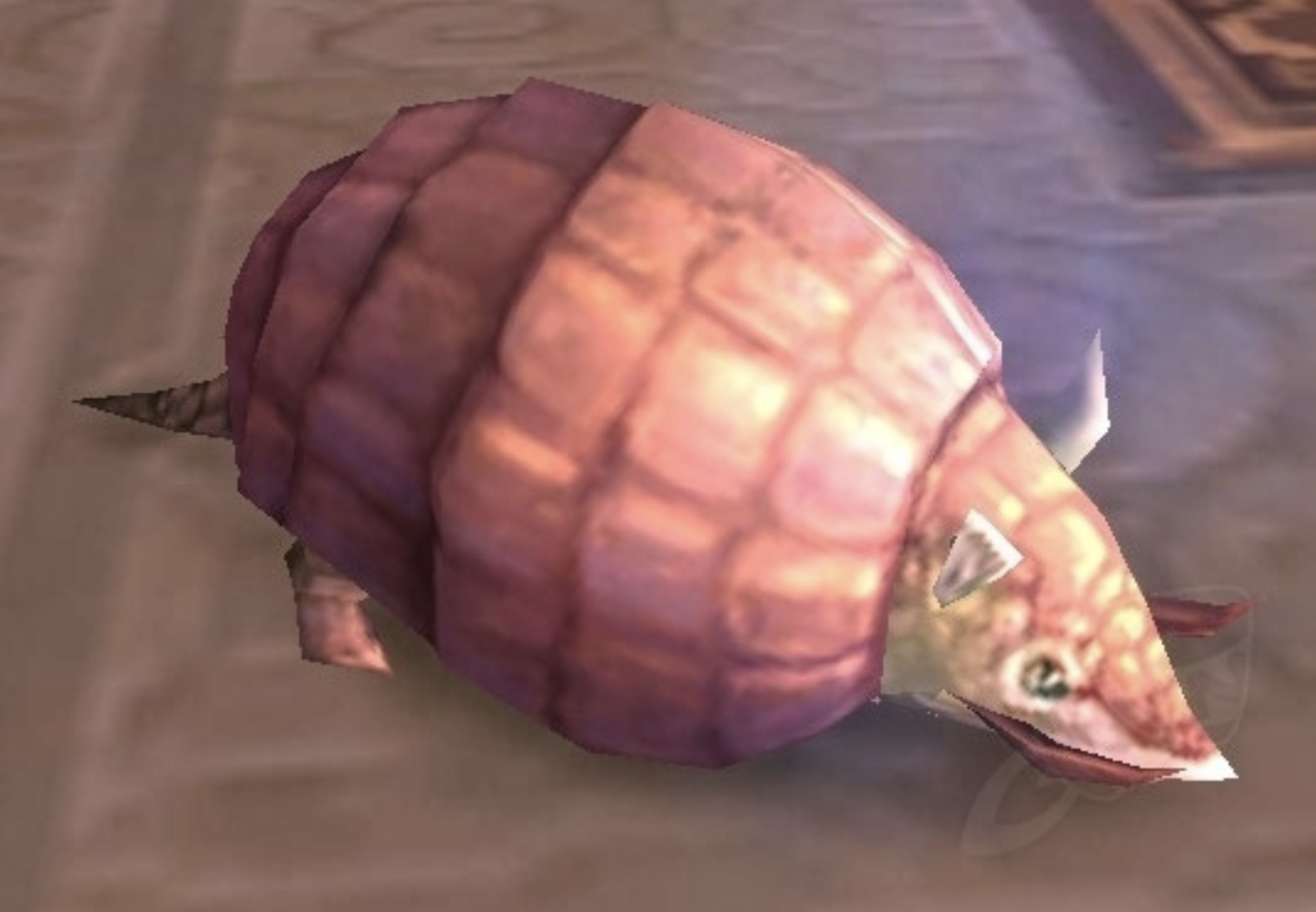 This is less of a problem if you’re making a CGI film, because you aren’t limited by the audience’s hardware and don’t have to do the actual computing during playback. But it’s a headache for video-game developers who must render characters in real time on consumer PCs and consoles. So developers quite literally cut corners, especially when it comes to characters that aren’t the focus, such as trackside cattle in racing games. The result: a vast, growing menagerie of cuboid beasties, from the headless seabirds of Daytona USA to the flat packed gorillas of Sonic Adventure.

Over the past decade, smaller studios with less cash to burn have embraced ​“low poly” as a distinct art style. Among these teams is Sundae Month, whose forthcoming game Pupperazzi is about shooting and posting pictures of low poly dogs, dotted around a strangely empty coastal metropolis.

Pupperazzi​’s puppers are a balance of stylised and economical: they’re wrapped in smooth, graded colours, rather than realistic fur textures that require more fidelity and risk looking smudgy in close-up. They’re also ​“boneless”, bouncing around in rigid poses, like Ein the Corgi in one of the trippier episodes of Cowboy Bebop. ​“I had a little toy dog on my desk, just like a little plastic vinyl thing with no articulation, and I just sort of hopped it around the way a kid would, over and over, and made that the animation,” says lead artist Campbell Fletcher.

Pupperazzi is a powerfully sweet experience, just the thing for anybody weary of other kinds of ​“shooting” in video games. But there’s a darkness to it. Human beings have a rich history of sculpting non-human animals to suit their needs and whims, from breeding a bigger factory chicken to grooming poodles for Instagram. This lends a sinister undercurrent to Fletcher’s (otherwise innocent) description of low poly animal design as ​“boiling something cute down to its simplest form”.

While Pupperazzi doesn’t really dig into those parallels, it isn’t entirely about cooing over smiling pooches. Taking inspiration from the rather more political Umurangi Generation, it’s also a gentle satire of influencers and the social media hustle. ​“There are some very strange or goofy, cynical jokes,” says Isobel Shasha, Sundae Month co-founder. ​“But overall, it’s not a crushing or biting commentary. You do follow the process of gaining followers and navigating that intersection, but it’s not super in-your-face.”

Different groups of followers in the game want different kinds of photos: traditionalists like everything to be portrait-style and centre-framed, while partygoers call for colourful group shots. ​“I will say there are non-player characters […] who may commission you for darker means.” Shasha goes on. ​“There’s a ​‘business cat’ that’s very interested in using your photos in his quest for power.”

Cats steal the show in a paper which holds that the ​“uncanny valley” phenomenon – briefly, the revulsion felt before an almost, but not quite accurate, representation of a human being – also applies to virtual animals. Drawing on player responses to moggies in GTA5, The Witcher 3 and The Sims 3, the paper suggests that unease about low poly creatures is the product of an evolutionary defence system. ​“Atypical fur structures, ​‘dead eyes’, or threatening poses, might indicate a severe disease such as rabies, which can be transmitted to all warm-blooded species. It is conceivable that the uncanny valley is a cross-species protective mechanism [against] communicable diseases.”

That’s a problem for a game like Pupperazzi, but it’s an advantage, of course, if you intend to terrify. Low poly art styles are especially popular with developers riffing on ​“golden age” horror titles like the PlayStation 1‑era Silent Hill and Resident Evil games. For Christopher Baracani, designer of DevHour’s creepy cult investigation game Loveland, ​“the appeal of low poly characters in horror has a lot to do with how our brains fill in the gaps [with] objects that offer minimal visual information.”

Low poly monsters give you the ​“broad strokes”, he says, leaving you to fill in the ​“grimy parts” yourself. Take the frogs with which Loveland​’s trailer park setting is filled: eyeless, mouthless and abstract to the point of seeming totally insubstantial. At least, that is, till you step on one, bursting it like a tomato.

There’s more to the game than the old adage about leaving things to the audience’s imagination, however. Much as Pupperazzi isn’t an entirely ​“wholesome” experience, so Loveland, for all its menacing premise, leans on the fact that low poly animals can appear both disturbing and charming. “[They] help disarm the player.” Baracani says. ​“While horrific things look more horrific in low poly, the same thing is true for cute things.”

In Loveland​’s backstory, the residents of the trailer park are drawn to the frogs and end up worshipping them, to the point of pickling them and drinking their fluids. By the time you arrive, the site has been abandoned, given over completely to the amphibians. Here’s hoping that the internet’s troubled love affair with low poly beasties doesn’t reach a similar conclusion.