Winter is coming, but fear not: Succession is back! As Roman Roy might say: thank the fuckety fuck. After a year-long delay caused by you-know-what, the jewel in HBO​’s crown is on our screens again, its arrival heralded by a special screening at the London Film Festival of the first two episodes.

When we last saw TV’s first family, the Roys of Waystar Royco were in crisis (again). Jeremy Strong’s Kendall, son and presumptive heir of media mogul and clan patriarch Logan Roy (Brian Cox), had been despatched from a superyacht moored off Venice back to New York to take the fall for a sex scandal in the conglomerate’s cruise division.

Except Kendall had other plans. No, not another cringe rap but a mic-drop at a press conference that floored the old man: Kendall said it was all dad’s fault. Cue a media feeding frenzy and share prices tumbling from the Dow Jones to the London Stock Exchange. And cue internecine warfare between these lovably unlovable 0.01 per centers.

But what of Roman? Well, the slippery runt of the litter is, as ever, having the best time ever, winding up his siblings, sucking up to dad, and ​“playfully” sleazing up to Waystar Royco’s General Counsel, Gerri Kellman (the awesome J. Smith-Cameron).

As the actors prepared to touch down in the UK ahead of the LFF premiere, we talked to Culkin. Amongst other things, we wanted to ask him about The Hollywood Reporter​’s description of Gerri as ​“a strange hybrid of mother figure and psychosexual foil to the deeply damaged Roman”. Fair comment?

“Ha ha ha!” laughs Culkin, 39. ​“That’s a pretty good assessment there, I gotta say! I don’t know how to elaborate on that one.” 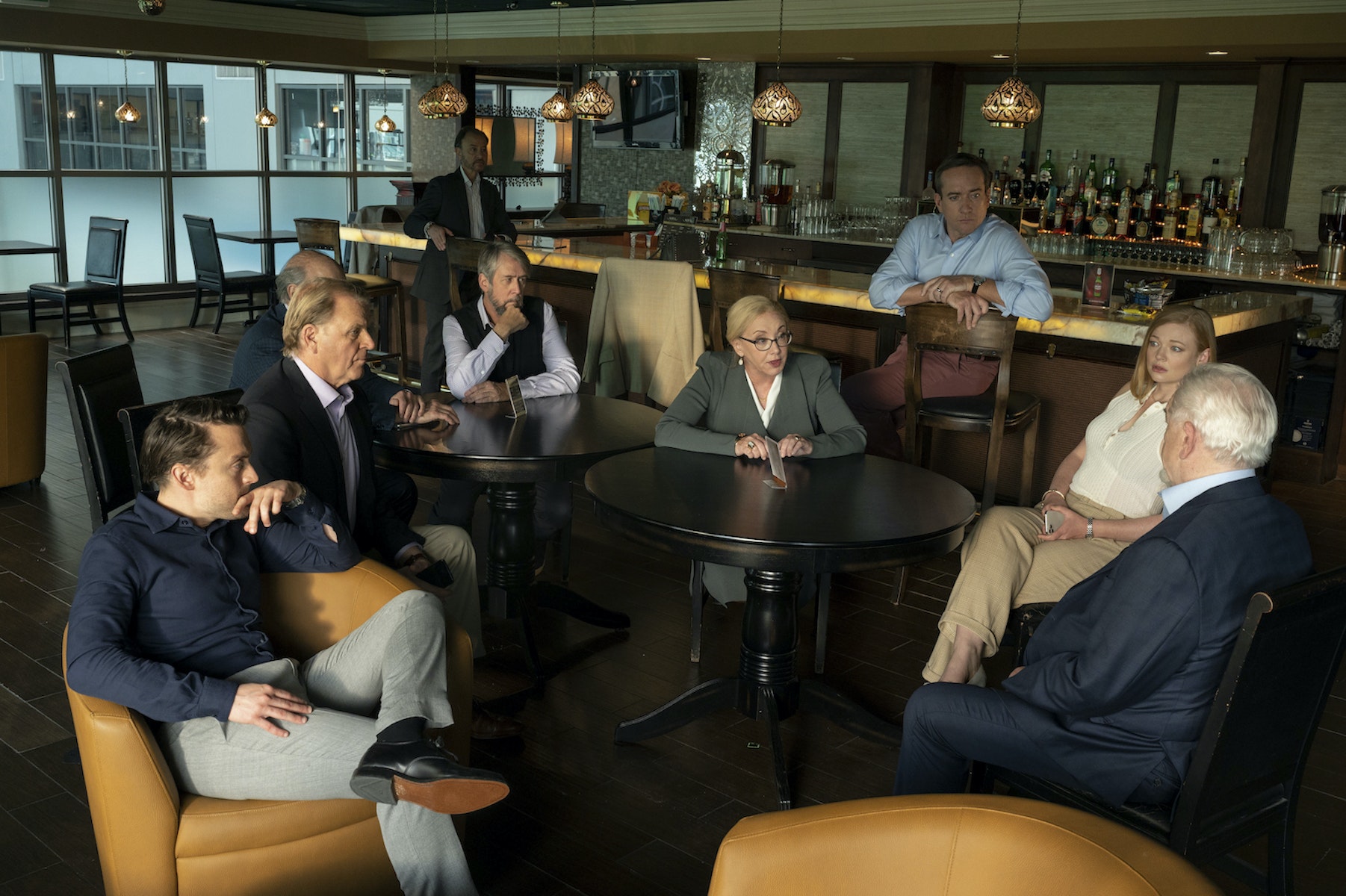 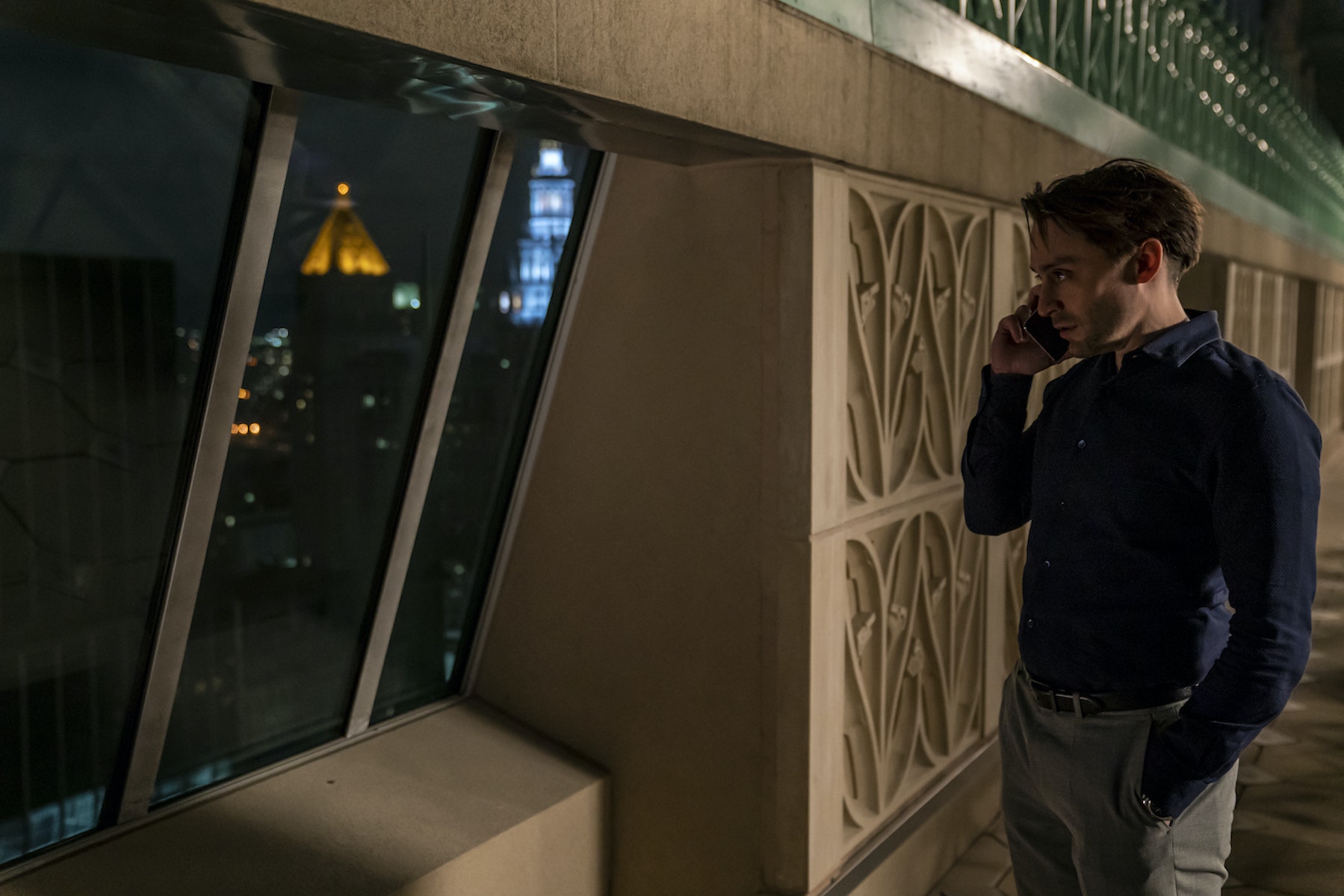 How did we leave Roman at the end of the last season?

It’s a bit complicated for Roman. There’s a not-so-healthy dose of competitiveness within the siblings, and Roman is quite a good competitor. I think he wants to win – and not just win but crush his siblings. And at the end of the last season, when he saw what was supposed to happen to Kendall in that he was supposed to take the fall, he thought that also could have been a nice opportunity for Roman in that he gets a promotion.

It’s a tough call. He’s in a good position going forward in terms of the company, and it’s what he’s been angling for. But when Kendall did the thing he did to their father„ I think Roman would take the position that that was bad. But in a way it’s probably exciting because the enemy is back, and Roman can continue fighting.

How would you describe Roman’s state of mind at the start of the new season?

Combat, I guess. There’s a picking-sides thing going on, but at least from the start it’s pretty clear what side Roman is on. It’s competition and Roman is good at that – that’s his comfy zone. Having feelings of sadness for Kendall is not a nice comfort zone for him. But now: ​“Oh good, Kendall’s the bad guy – I can fight with that. That’s a nice feeling. We’re back!”

You and your wife have had two babies during the run of Succession. How challenging is it stopping being Roman and reverting to being dad?

Yeah, the filming stuff is hard. Even right now, it’s weird to try and jump back into discussing the show because it’s almost all forgotten! Like, watching the first episode last night, I didn’t remember shooting any of that, really. It’s all just gone, because I’ve been on paternity leave for the past couple of months.

But during the shoot it’s particularly tough because we have to work at pretty large volume – we’ll shoot seven, eight, nine, 10 pages a day. There’s a lot thrown at you. It’s a pretty active set. It’s not just like ​“go to work” – it’s a lot to do. So it’s hard to shut that off and go be a parent.

How are those ​“psychosexual” scenes to film with J. Smith-Cameron?

I love working with J. She’s one of my favourites ever. We were friends for years before we started doing this. And just to have that bond and respect with someone is really helpful. She’s incredibly talented, I’ve seen her work on stage a lot and she’s always just fantastic. So knowing I have a scene partner that I can trust, that’s a friend, who’s also incredibly talented, and likes to play, is just fantastic.

What’s it like being on the end of – or even in the vicinity of – Brian-as-Logan’s volcanic rage?

Ha ha, yeah, God he’s fantastic! And when there are these outbursts that Logan has, I don’t have to make any effort to come up with some kind of reaction or wonder what Roman thinks of it. It’s just dad shouting! He can be quite an intimidating presence…

In the first episode of season three, Roman tries to get in a car with Logan. And Logan replies along the lines of: ​“What, you want to suck my dick?” Brian admitted to me that even he winced at that: ​“I have to say this to my son?”

Ha ha! It’s funny, because that’s the first episode of the season but we didn’t shoot it till the very end, on one of the last days of shooting. So in my mind we’d already shot it because I’d read it in the script. And it made me laugh my ass off. But as Roman, the trauma had already planted itself in my brain – then we actually had to do it. ​“Oh, yeah, that’s right, this is the scene where dad says: ​‘Do you want to suck my dick?’” Then he slams the door shut on me. Christ, what a thing to say to your son!

Roman has a thing where he enters a room and never just sits down. He’s hanging off the bannister, or looking out the window, or perched on the arm of the chair. What is it about the character that he has that prowling physicality?

I don’t know, I try not to analyse it. I could probably give some clever answer here to make myself sound smart. But I try not to put words to it just yet because we’re still doing it. I don’t know what the hell that is. But maybe when the show is over I can start figuring it out and talking about why he has that energy.

Is that you, or is that in the script?

The physicality is us, I think. It’s not usually written, or there’s not too much direction… [But] there was one time at the end of the last season, right after Roman was kidnapped, and they were on the yacht, having the meeting about how I don’t think the money is real. And I think [showrunner] Jesse [Armstrong] and [director] Mark Mylod told me to sit down. And I really didn’t want to sit down! That was the only instance I remember them saying: ​“Can you please just sit and have this conversation?”

You recently said: ​“I thought, who the hell is going to watch this show?” Why were you so sceptical that people would like Succession?

I probably shouldn’t have said that… but it’s true. I read the pilot and was like: ​“Man, great writing.” I just loved the way all these characters talked. Then I got to Roman and was like: ​“Oh, love that. That sounds a dream. I want to play that.” But I really did think: ​“Who wants to watch a show about a bunch of really privileged, rich white people?”

For me it took till halfway through the first season to go: ​“Oh, I think we have something here.” There was something for me, as a fan of TV, that made me go: ​“I want to see these characters, and I want to see where they go.” And I don’t know why. I still haven’t figured out what it is that makes me, I guess, root for them, or hope for them.

Speaking not as an actor in the show but as viewer and fan, who should be running Waystar Royco, and why?

Logan. Because it’s his business, he gets it, he knows it. But if it were not him: Roman. And that’s not just self-serving! There are other people, an outside hire or possibly Gerri. But if it’s one of his kids, I think it’s definitely Roman. Because his other kids are too smart for their own good, especially Shiv and Kendall. What they would want to do is turn the company on its head, make it their own, and try to be self-made like dad was, by coming up with their own thing.

But Roman would go: ​“It works. I’m just gonna do what dad did. Just keep the ship running.” And he would understand that the job is really shouting at other people and making them do the job. I think that’s how Roman sees what Logan actually does! Make decisions and yell at people to do them. That’s it, that’s the job, ha ha!

Succession, a Sky exclusive, is available on Sky and NOW on Mondays at 9pm and on demand from 18th October.