Across California, thousands of low wage workers must pay their employers hundreds of dollars a night in order to have the privilege of dancing – mostly naked – in high heels for hours. Sometimes they walk away with industrial trash bags bulging with cash: hundreds, if not thousands, of dollars in a single night. But other times, these workers, many of whom are undocumented and/​or women of color, leave the club aching, exhausted, and with less money than they had when they started. For years, this has been the reality for countless strippers, but a new court ruling, and now possibly a new piece of statewide legislation, may finally provide some respite from the deplorable working conditions many dancers face.

In April of last year, the California Supreme Court made a historic decision in the matter of Dynamex Operations West, Inc. v. Superior Court of Los Angeles. The landmark ruling sets a new, worker friendly standard for determining whether a worker is an employee or an independent contractor. Now all workers, from Uber drivers to strippers, are considered employees by default, unless the hiring entity can prove the worker is truly an independent contractor by demonstrating that they behave more like a plumber or an electrician – someone who owns and operates their own business, and performs duties outside the hiring entity’s usual course of business.

This means that if Lyft’s business is providing rides, then their drivers are not performing work outside ​“the usual course” of business – they are employees. Strippers are also performing an essential service at any club they dance at, because a strip club without strippers is just a sad room with overpriced drinks. This landmark court decision entitles gig economy workers, including strippers, to workers compensation, a minimum wage, and even a path towards unionization. 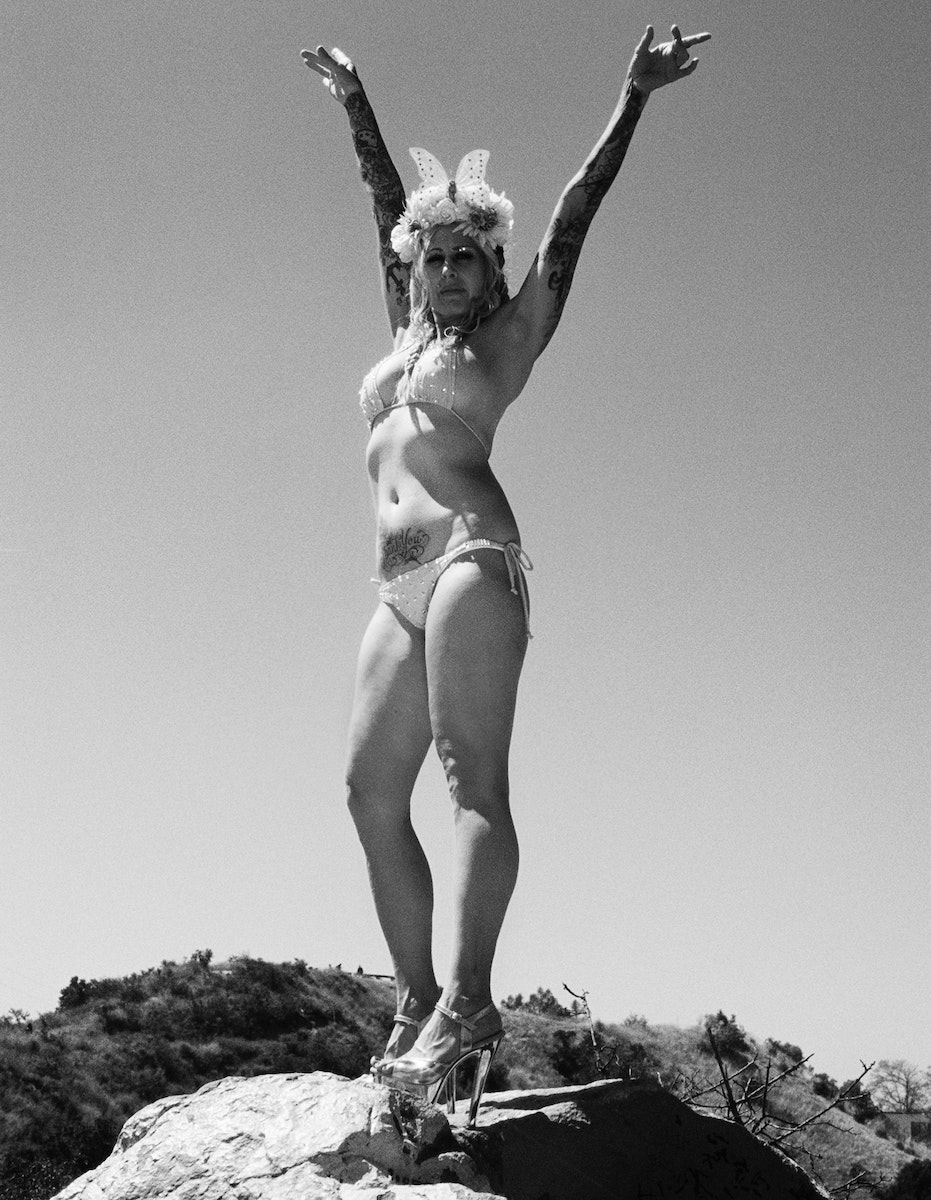 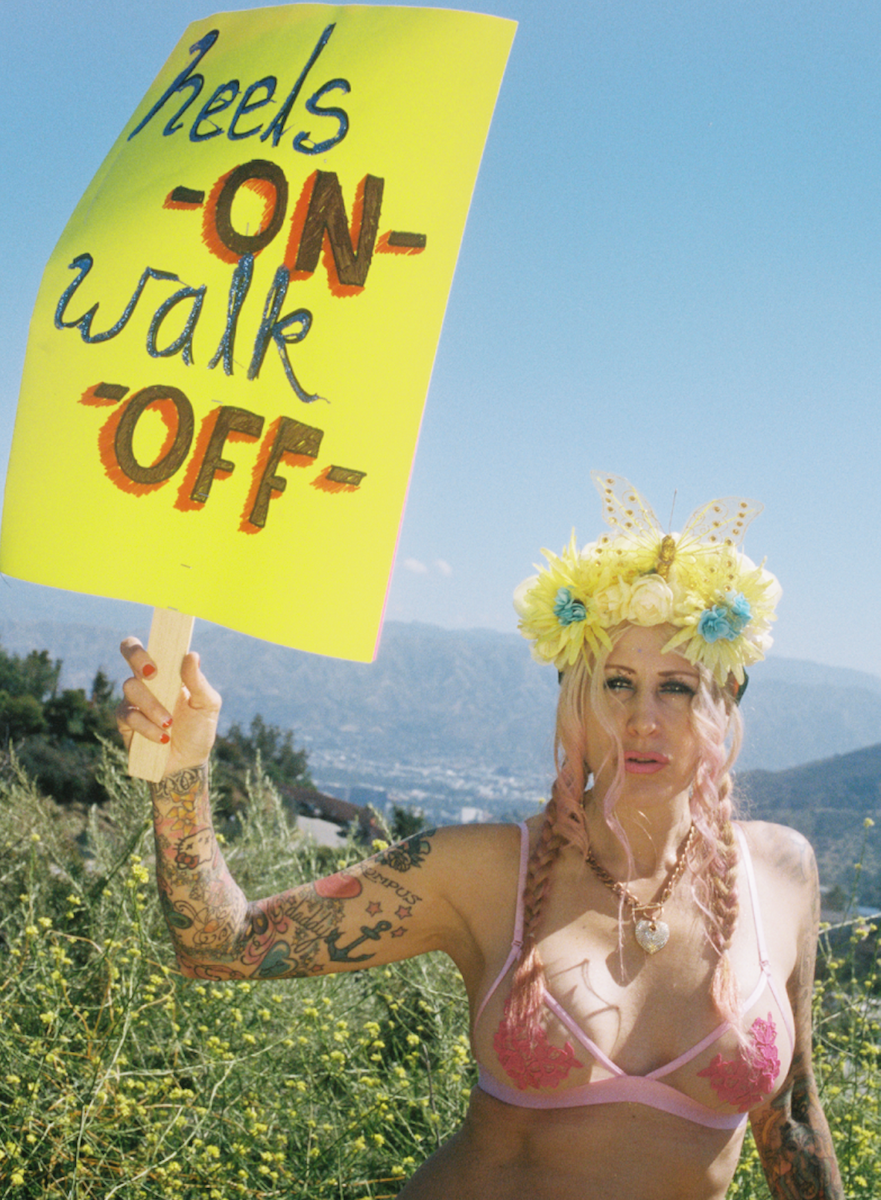 The unemployment rate in the United States is currently lower than it’s been since 1969, but full-time work remains scarce, and millions of Americans survive by piecing together part-time and freelance work through the gig economy. For some, that means driving Lyft on the weekends, delivering Postmates in the evening, or picking up a strip club shift on an occasional Friday night. Three or more side hustles is becoming the norm, especially for millennials who came of age in a recession-era economy. These ​“gigs” often classify their workers as independent contractors, rather than employees, allowing employers to evade expenses such as health insurance, minimum wage, social security, employment taxes, and workers compensation. The California Division of Labor Standards Enforcement says the misclassification of workers as independent contractors costs the state $7 billion annually.

Unfortunately, instead of the long-awaited benefits and rights that should have been rolled out following the Dynamex decision, California strippers are seeing a marked decrease in wages and hours, and a sharp increase in the amount of money that strip club management takes from their earnings. Clubs earn money from entertainers in a variety of ways, including requiring dancers to pay a ​“house fee” in order to work, but on a slow night, those fees can leave a dancer with a hole in his or her pocket. To boot, clubs sometimes take a percentage of a dancer’s sales, or a flat-rate commission on all of the dancer’s earnings. Additionally, dancers are often obligated to tip managers, bouncers, hosts, DJs, servers, bartenders, valets and other staff. Dancers say these practices have recently intensified.

“Club [owners and managers] are stealing our money from dances in new ways because they are being held responsible for federal, state and employee taxes for the first time ever,” says author, professor, and stripper Antonia Crane, who co-founded the Los Angeles based organization, Soldiers of Pole, which aims to educate dancers about the new rights to which they are now entitled as employees, and urging them to unify and demand a safe and sane work environment.

“A government official had me in a chokehold at my club and management did nothing, they didn’t even notice,” Crane adds, “[they’re] just waiting for tips. There’s no security training, no interest in our safety whatsoever.”

Crane says dancers in the club she works at have even been offered cash bribes by management to sign release of claims and arbitration contracts, that would misclassify them and take away their right to file class action and/​or discrimination lawsuits against their employer. ​“They’re finding new ways to skim our tips and make us pay for their tax evasion,” she says. ​“The last time I worked, girls were being coerced to sign all their rights as an employee away for a $120 bribe.”

“Club owners know that if they can convince us we’re better off as independent contractors they can continue to get away with not paying taxes and charging us to work,” says Domino Rey, another co-founder of Soldiers of Pole. 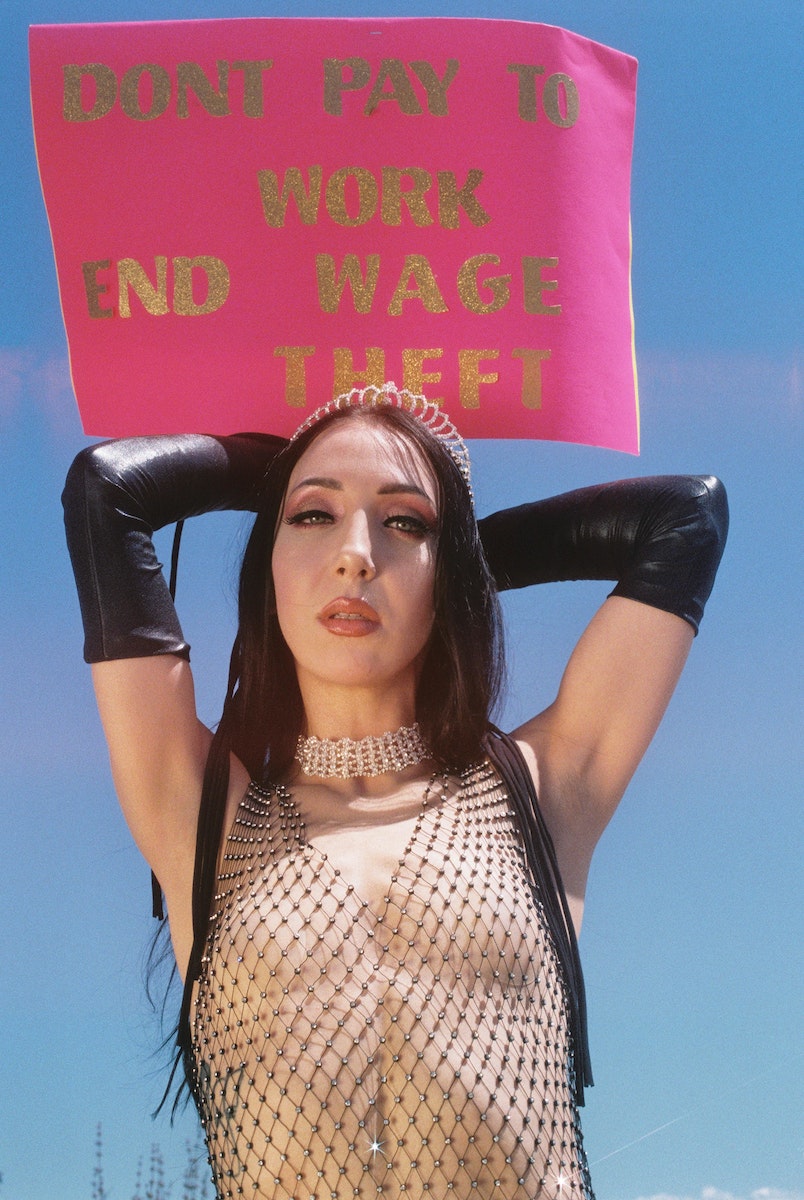 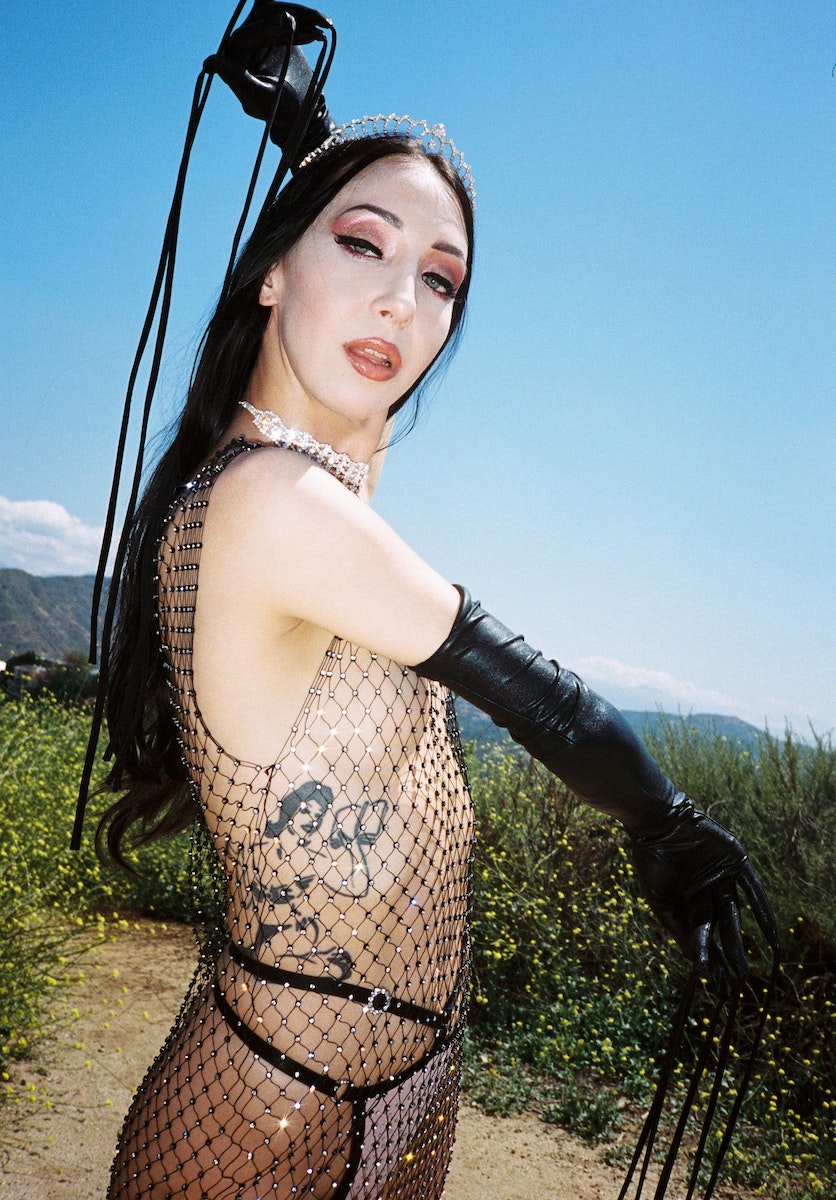 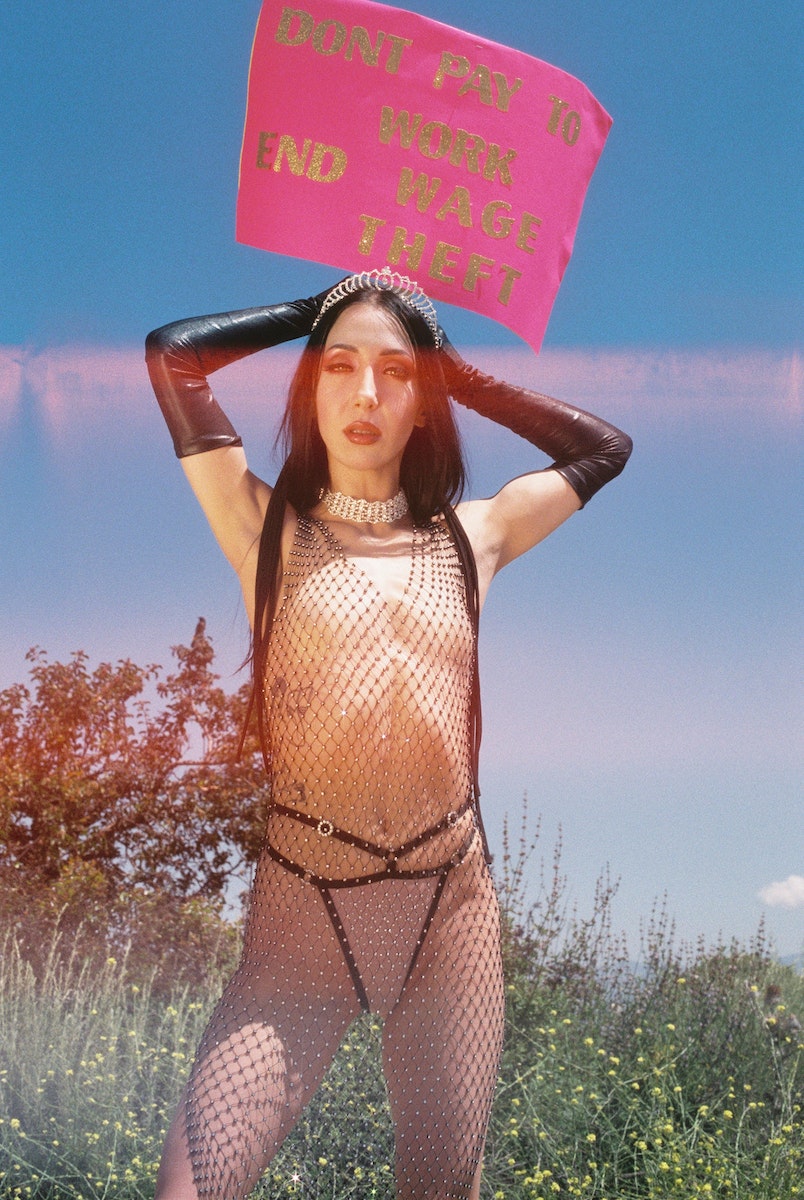 Déjà Vu Services, Inc. owns at least 132 strip clubs across the country, including Little Darlings, Hustler Club, Dream Girls, Hunk Oasis, Teasers, and more. The company is no stranger to the employee vs. independent contractor debate, having been embroiled in a number of class action lawsuits surrounding wage theft over the years, including a 2017 case resulting in a $6.5 million dollar settlement paid to dancers who had been misclassified as independent contractors, rather than employees.

Last fall, the conglomerate began to roll out a multi-faceted misinformation and harassment campaign to discourage strippers from assuming their new rights. Dancers reported spotting signs in strip club dressing rooms that read ​“Don’t let the state of California tell you how to monetize YOUR body” that seemed to co-opt the tone of the grassroots resources Soldiers of Pole has been distributing through their newsletter and website, as a way to educate dancers about their rights. This campaign, which included an op-ed from paid Déjà Vu spokesperson Stormy Daniels (one of the most famous strippers in the world due to her alleged affair with Donald Trump) has created confusion among dancers who continue to experience a decrease in shifts, an increase in arbitrary tips for management and support staff, and mysterious and inconsistent fees taken out of their new paychecks.

When strip club management bribes, misleads, or intimidates a dancer into signing her employee rights away, relinquishing a portion of her tips, or paying a stage fee in order to work, it constitutes force, fraud, or coercion for the purposes of exploitation – which sounds an awful lot like the United Nations’ definition of human trafficking. ​“If sex trafficking is a system that seduces girls made vulnerable by poverty,” says Crane, ​“then corporate clubs like Spearmint Rhino and Déjà Vu are clubs where sex trafficking is their engine.” 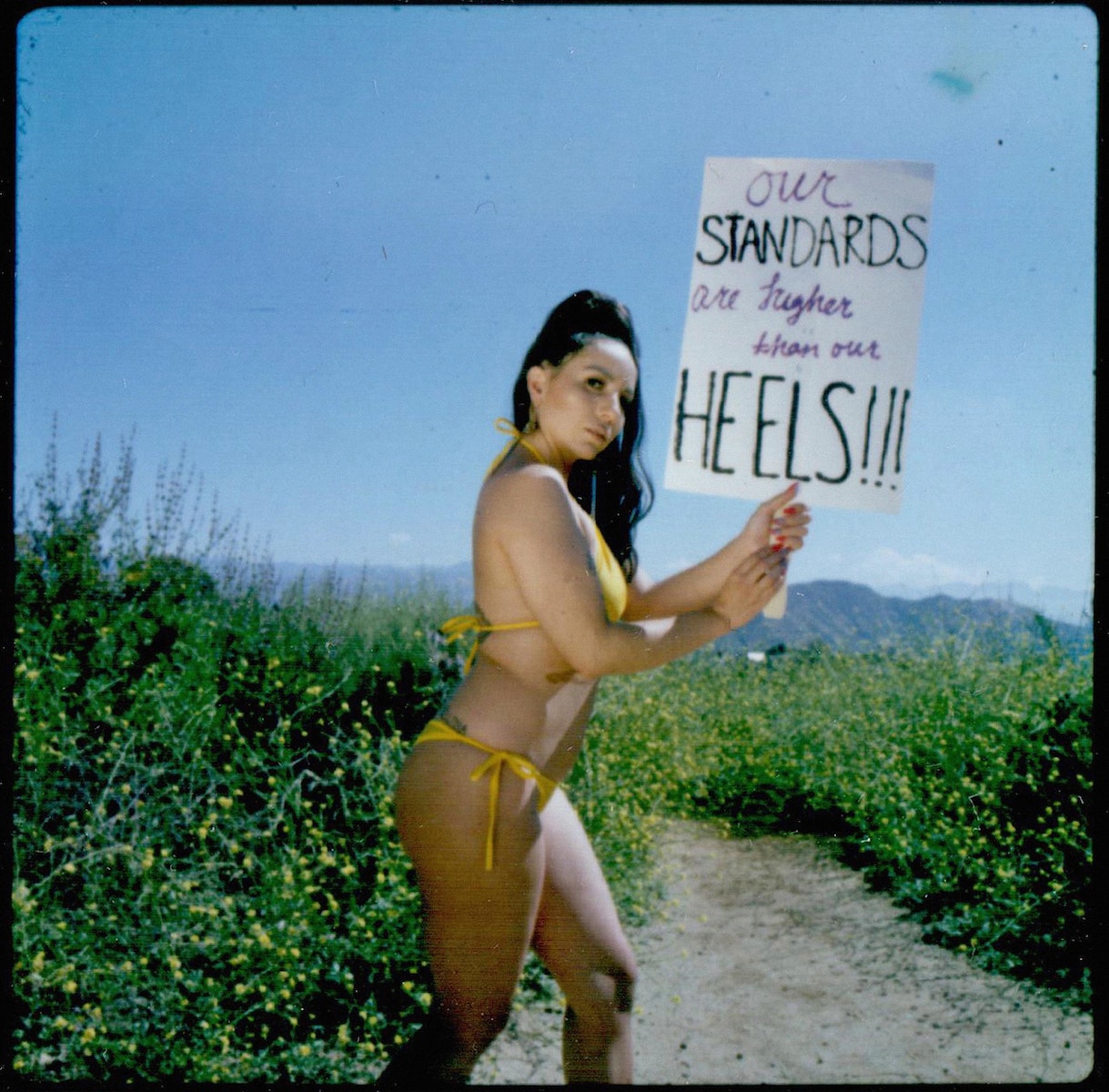 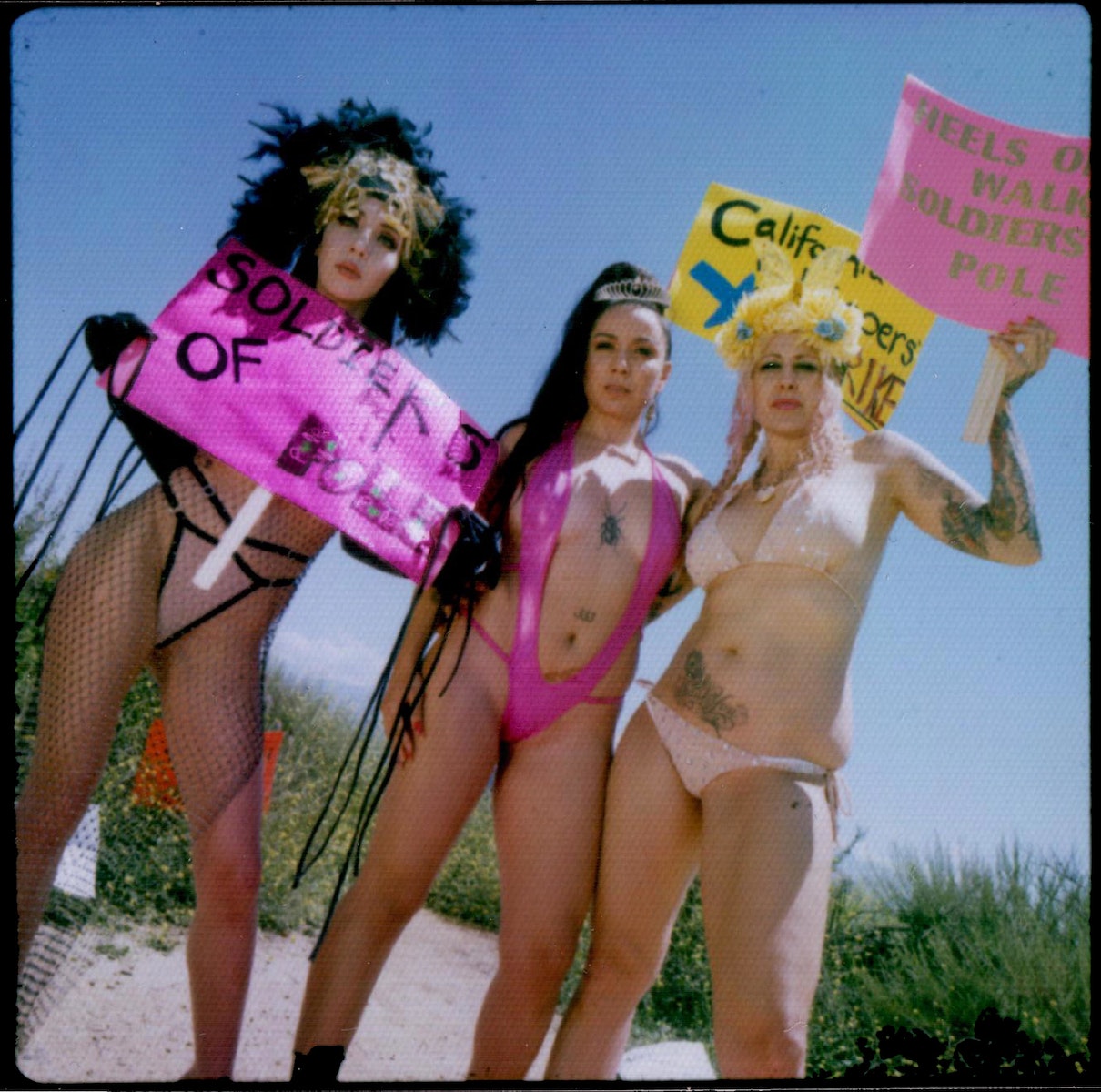 Thousands of strippers from all over the country have gone through the courts to fight, and often win, the battle to get back wages illegally taken from them by strip club management over the years, but the Dynamex decision sets a historic precedent for all freelance workers to be able to access better working conditions. And now, California Assemblywoman Lorena Gonzalez (D‑San Diego) seeks to codify the decision into California law with AB 5. ​“Individuals are not able to make it on three side hustles,” she said in a press release. ​“That shouldn’t be the norm. That shouldn’t be accepted.”

Crane admits that the path towards collective bargaining will be a long one. She and the Soldiers of Pole continue to organize real time events, including protests, walk-offs, and information sessions called ​“Strip Talk.” The group has been working in coalition with other workers’ rights organizations including the ACLU of Southern California.

“Education is where the revolution begins,” Crane says, ​“If we arm the most vulnerable among us with education, we can change the system.”