Chris Packham is the environmentalist as punk. While the music-loving scientist may be best known in Britain as one of the faces of the BBC’s annual Springwatch and Autumnwatch wildlife series, his passionate love of – and defence of – nature blooms in multiple directions. That’s why we asked him to curate an 11-page eco-activism section in Volume 4, Issue 001 of The Face.

Reflecting on the decade in which the magazine was first published, he says: ​“The explosive hedonism and ludicrous contrast between joy and pain that boiled the ​’80s have been replaced with a nagging awareness that our responsibilities as citizens of Earth require us to think and act to secure a future for ourselves – and for everything else. And, sadly, over the last four decades, the world has been heading to hell in a handcart. That’s not hyperbole,” he adds, ​“that’s fact. I’d like to tell you that environmentalists and conservationists like me have been winning, but we haven’t.”

But what you’ll see in our Eaglewatch story and, below, in Packham’s Big Cats diary, is that he hasn’t given up. In fact, ​“we are fighting harder than ever, and we are determined to make a defiant last stand for life on Earth. It’s going to be the fight of our lives. Of all of our lives.”

Chris Packham: Tigers are without doubt the greatest terrestrial predators in our natural world. Sinew sewn together beneath a suit of stripes, they’re perfectly dressed to kill, stalking silently through their sun-­sequinned surroundings… then striking. When the tiger strides onto its stage, it needs no introduction. It has the spotlight. It’s the one animal we’d secretly all like to be, if only for a minute. Imagine being a tiger, nature’s greatest masterpiece!

Charlotte Corney: When I was a few months old my parents bought a zoo on the Isle of Wight. I grew up there and took over the running of it when my father passed away in 2003. In 2016 we became a charity, The Wildheart Trust, with a particular mission: giving a lifelong home to abused or homeless animals. While we have many species that we care for – from coatis to raccoons to various primates – big cats are at the epicentre of our efforts to help rescued animals.

CP: From archaeological findings we know that humans have been exploiting exotic animals for their own entertainment since 2000BC, when lions were kept in cages in Macedonia. Ancient Rome was home to the Circus Maximus stadium, where a host of wild animals were forced to fight human gladiators to thrill thousands of bloodthirsty spectators. Fast-forward to the early 18th century and travelling menageries of wild animals were fairly commonplace in North America and Europe.

Science has since led us to understand that animals are sentient beings which experience a range of emotions and have complex physiological and psychological needs. And yet still the show goes on. In Europe alone there are thought to be up to 1,000 travelling circuses, with 300 of those operating within the EU. While it’s impossible to identify exactly how many big cats are incarcerated within these circuses, the numbers likely run into the thousands.

CC: Southampton Airport, Friday 18th May 2018. Chris and I were travelling to meet five tigers who would, hopefully, become part of our adopted family. Mondo, Girona, Antonella, Zoppa and Natasha had been rescued by the Dutch animal welfare charity Animal Advocacy and Protection (AAP), and sent to their rehabilitation centre, Primadomus, outside Alicante in southern Spain. Over the past few months Primadomus – who have been rescuing big cats from Spain, France, Germany and other European countries since 2016 – had been sending us information. We’d been studying the striking portraits of these poor cats, trying to decipher who was who amidst a tangled blur of stripy video footage. On arrival we were met by Pablo Delgado, head carer of the 35 or so big cats which live at the centre at any one time.

Tats and cats: a fan shows her love at the zoo

CP: Pablo told us their heartrending story as we walked around the centre under the searing glare of the midday sun. The cats had come from Circus Wonderland, an Italian circus that travelled around Spain. Its owners had originally begged AAP to take just Zoppa off their hands; she was lame, unable to perform and was therefore ­costing them money. After painstaking negotiations spanning several years, AAP persuaded the circus to donate all eight of their big cats (seven tigers and a lion).

CC: We arrived at the enclosure of Girona and ­Mondo, the two males. The former was the smaller and, as Chris pointed out, had an unusually short, sausage-shaped tail. The poor tiger had been brutally de-clawed by the circus, and they’d cut off his canine teeth. Chris is a great believer in the power of meeting animals in the flesh, and in the idea that, if animals have to be kept in captivity, they must act as ambassadors to engage and educate visitors and motivate conservation. Twinning animal rescue with innovative education is a win-win.

Last summer, a successful fundraising campaign meant we were in a position to offer a lifelong refuge to five of the ex-Italian circus tigers. So, in late June, five weeks after we met them, Mondo, ­Girona, Antonella, Zoppa and Natasha undertook an epic road trip through Spain and France, before crossing the Channel on the Eurostar, then the Solent by ferry, to the Isle of Wight – 36 hours door-to-door.

They took it in their stride; ex-circus big cats are, sadly, used to being transported. At journey’s end Chris, myself and the rest of the zoo crew, bleary-eyed but brimming with emotion, gathered in the early morning as the tigers took their first steps into the place where they would be loved to the end of their days.

Moments like these make all the blood, sweat and tears of animal welfare worthwhile. To this day, Chris struggles to keep a dry eye when he describes the moment Mondo sunk himself into the soothing waters of his big pool. Tigers love to swim. For the first time ever, Mondo could.

Lion bars: saved from the circus

CP: A year on, we’re still uncovering the scars of their former lives, the tales they cannot tell. We’ve conducted several medical examinations to help manage their various health problems, most of which stem from chronic neglect.

These were, after all, animals which were forced to live on top of each other in captivity, crammed into a squalid concrete cell and left to compete for scraps of chicken. And, when they weren’t, they were performing to the crack of a whip, their lives framed by a circle of flaming fear – literally and figuratively – which brought the Big Top down night after night.

While these five tigers are entering a new chapter in their lives, the suffering for thousands of other circus animals around the globe continues amidst the candyfloss and clowning. Eleven of 28 EU member states have banned the use of wild animals in circuses; a further eight have instigated restrictions via national legislation.

The Republic of Ireland and Scotland issued outright bans in 2017 and 2018 respectively, with Wales pledging to follow suit this year. In 2006, the UK’s Labour government promised to get on with the job of outlawing wild animals in circuses, but these attempts were thwarted by a small number of MPs. The good news is that the former environment secretary, Michael Gove, announced that the interim Welfare of Wild Animals in Travelling Circuses (England) ­Regulations 2012 will not be reinstated when they expire in January 2020. Instead a legislative ban will be adopted. About bloody time.

CC: Since the arrival of our five new tigers, we’ve been busy taking in more rescued circus animals: two lions, brothers Vigo and Kumba. They were cooped up in a filthy little trailer in Spain. Neither of them have manes. To curb their natural aggression, they were castrated as youngsters, meaning they won’t ever look like male lions. No ­testosterone equals no mane. A stark visual reminder of the abuse they’ve suffered. 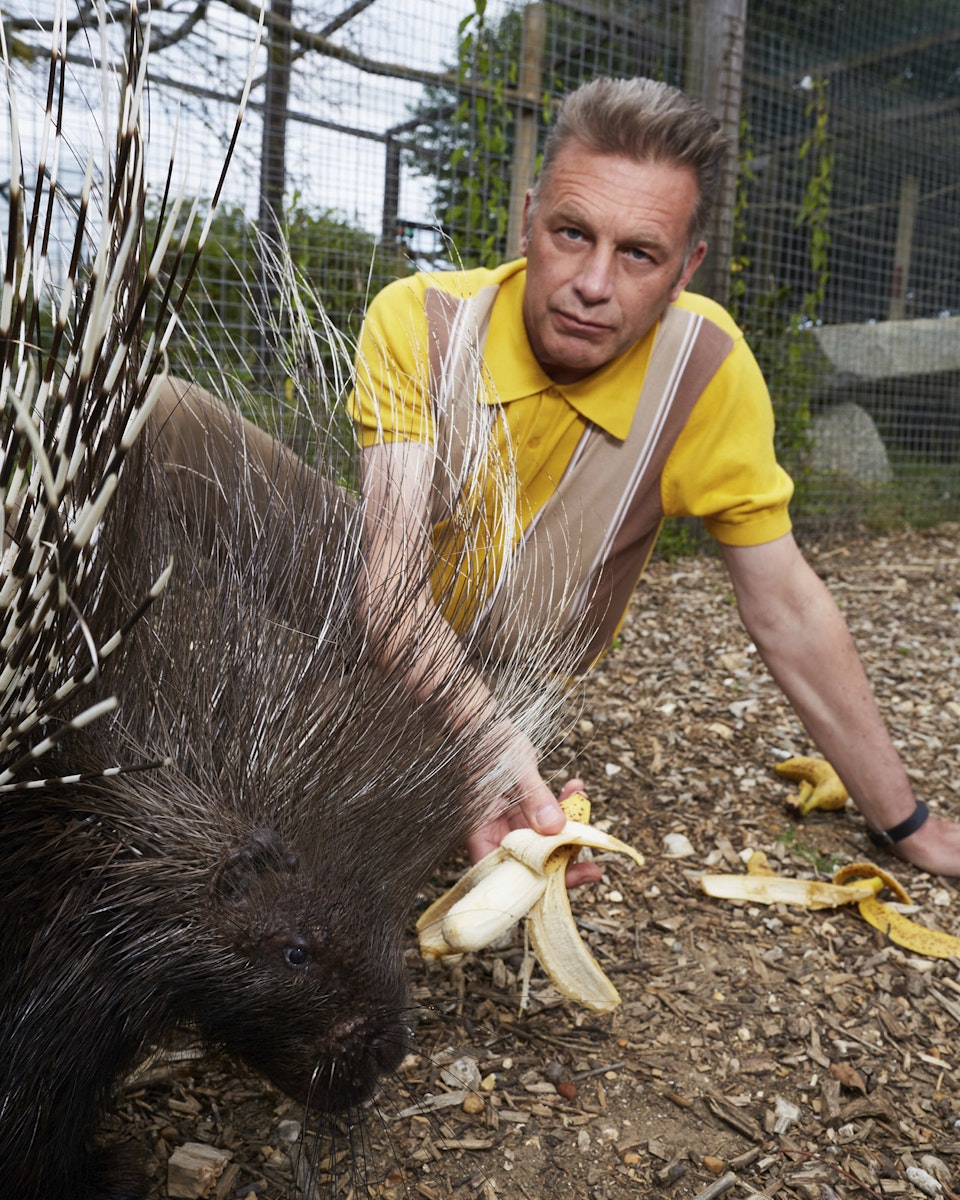 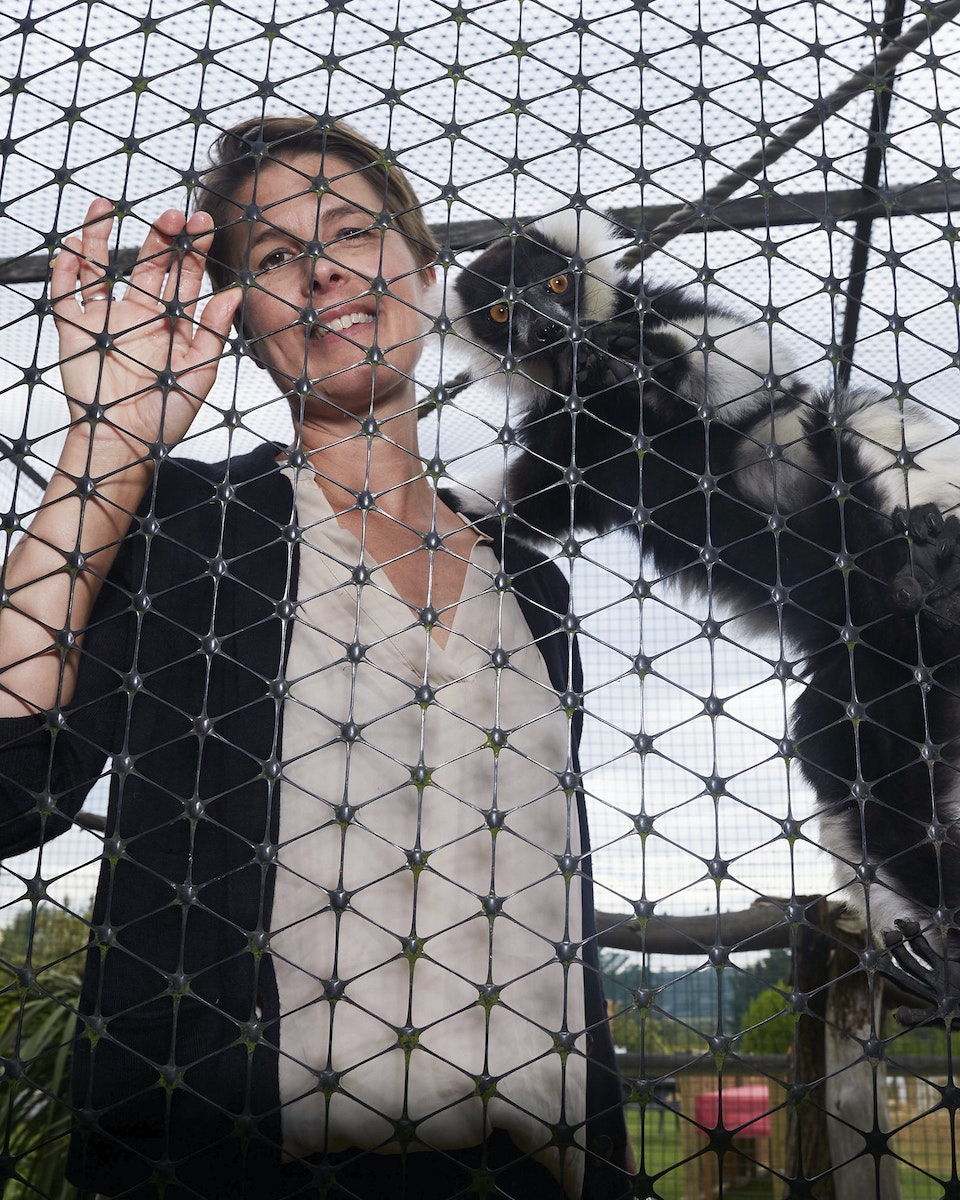 CP: Ending the suffering of wild animals in circuses is not a solitary pursuit. It’s a colossal team effort. Equally, the more animals taken in by us, and similar sanctuaries, the more centres like AAP Primadomus will have additional space to deal with a backlog of desperate animals waiting in line to be rescued.

For me, the hardest part of the journey so far has been having to turn my back on all the faces of the big cats we had to leave behind in Spain.

CC: There does seem to be a growing recognition that we can no longer trick our consciences into accepting cruelty. But it will take an enormous change of attitude and effort to sculpt a more balanced world for wildlife and animals, one which isn’t dominated by humans to the detriment of all other species.

In an ideal world, The Wildheart Trust will one day be rendered redundant because all its necessary conservation and rescue work will have been done. Until then we’ll keep up our mission, one big cat at a time.