In partnership with Nando’s

Nando’s is keeping things spicy this summer with its Mix It Up project, seeing four UK artists join forces with South African amapiano producers and vocalists on a brand new, Extra Extra Hot track. The beats were all produced in SA, then finished in the Nando’s Soho studio: BERWYN, Miraa May, Bru‑C and M1llionz are all on the menu and their creations will feature on an EP released via non-profit organisation Bridges For Music. We swear on no-one’s life we didn’t ask any of them for a Black Card. For starters? BERWYN.

No bio can capture BERWYN’s spirit. In short, he’s a Romford-via-Trinidad rapper. But his own answer – given while chatting over Grilled Chicken Wraps and PERi-Salted Chips at Nando’s Soho – is infinitely more satisfying. ​“I am BERWYN. BERWYN’s a guy from Trinidad who lives in London, who loves to make the music that I love to make. And I love to tell my stories. If you asked me what happened today, I’ll probably sit you down for half an hour to tell you.” Another few wraps might be in order.

BERWYN came to the UK when he was nine, trading in his familiar Caribbean shores for the concrete streets of Romford, East London. A young Black immigrant trapped in a hostile environment, he forged a life ​“undocumented” from the council estate. BERWYN doesn’t shy away from speaking of the unspeakable, with every lived experience flowing through his music. From heartache to homelessness, depression to deportation, love, loss and loneliness, no theme is out of bounds.

His sound is equally intricate. Residing everywhere and nowhere at once, he flattens time and space between Trinidad and the UK, transcending all parameters of rap music, gospel and folk and more. Part-rap, part melody, it brims with praise and worship on some days, or flips to trap on others. More often than not, it’s all the above. ​“I guess I’m a result of bare moving around,” BERYWN says. ​“Anything that moved me, I gravitated towards. There’s some Irish melodies, songs and stories that would move you, you feel me? I even yodel sometimes.”

An avid student of life, BERWYN doubles up as a kind of griot – a traditional West African storyteller – documenting the common struggles of the everyday man in his work. Fitting, then, that he should find himself at home in South African music forms like amapiano and Afrohouse; music historically made by the people, for the people. BERWYN remembers the first time he heard amapiano. It was a couple of years ago, during a studio session with Jorja Smith. She played him her amapiano-inspired track, All Of This, and he was hooked. ​“I didn’t even know what it was,” he says. ​“Music ain’t made me feel that way in such a long time.”

In BERWYN’s presence, thirty minutes feels like a lifetime. Humble and unassuming, with a larger-than-life personality and vibrant big-kid energy to match, you get an overwhelming sense that he’s notched-up a number of past lives. Let’s dig into his track Lose Control, created in collaboration with South African producer TO Starquality and vocalist Basetsana for Nando’s Mix It Up Amapiano EP. 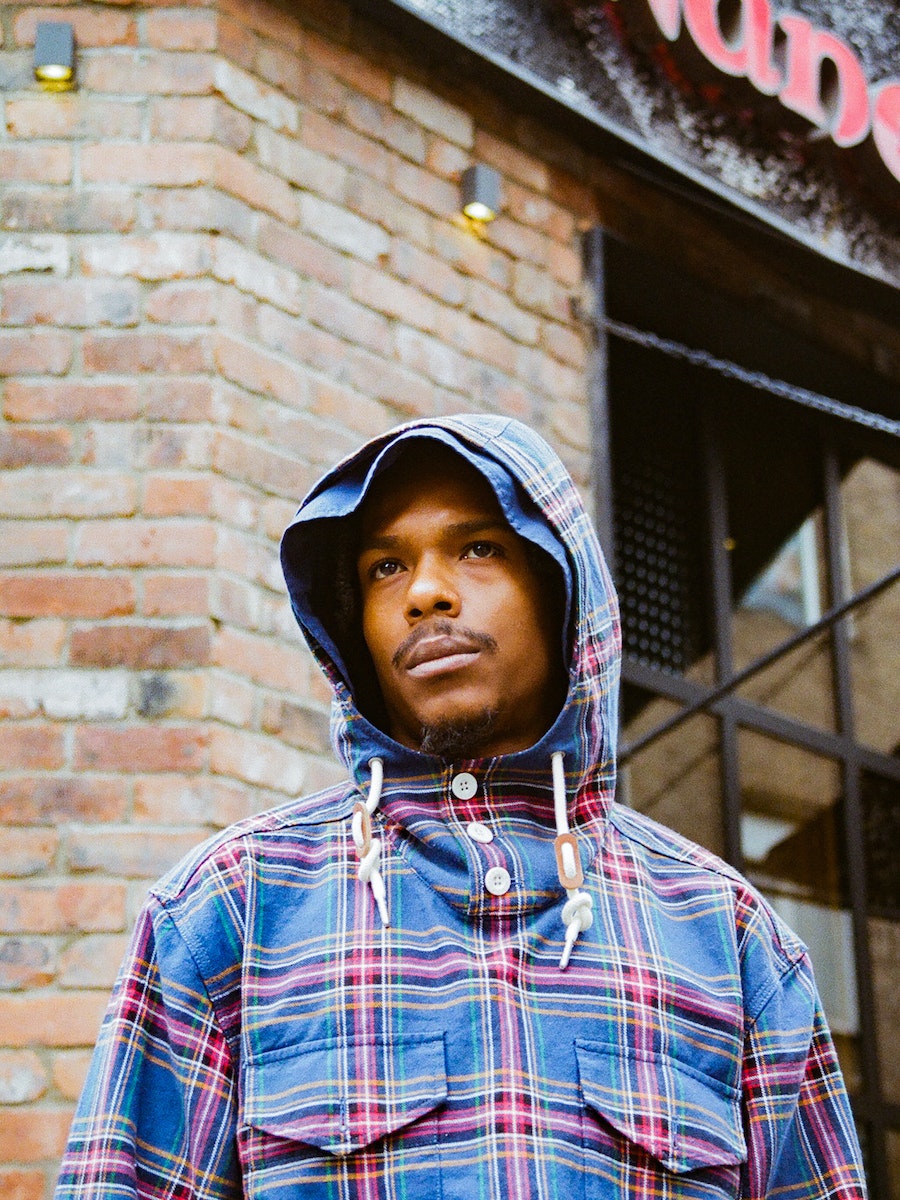 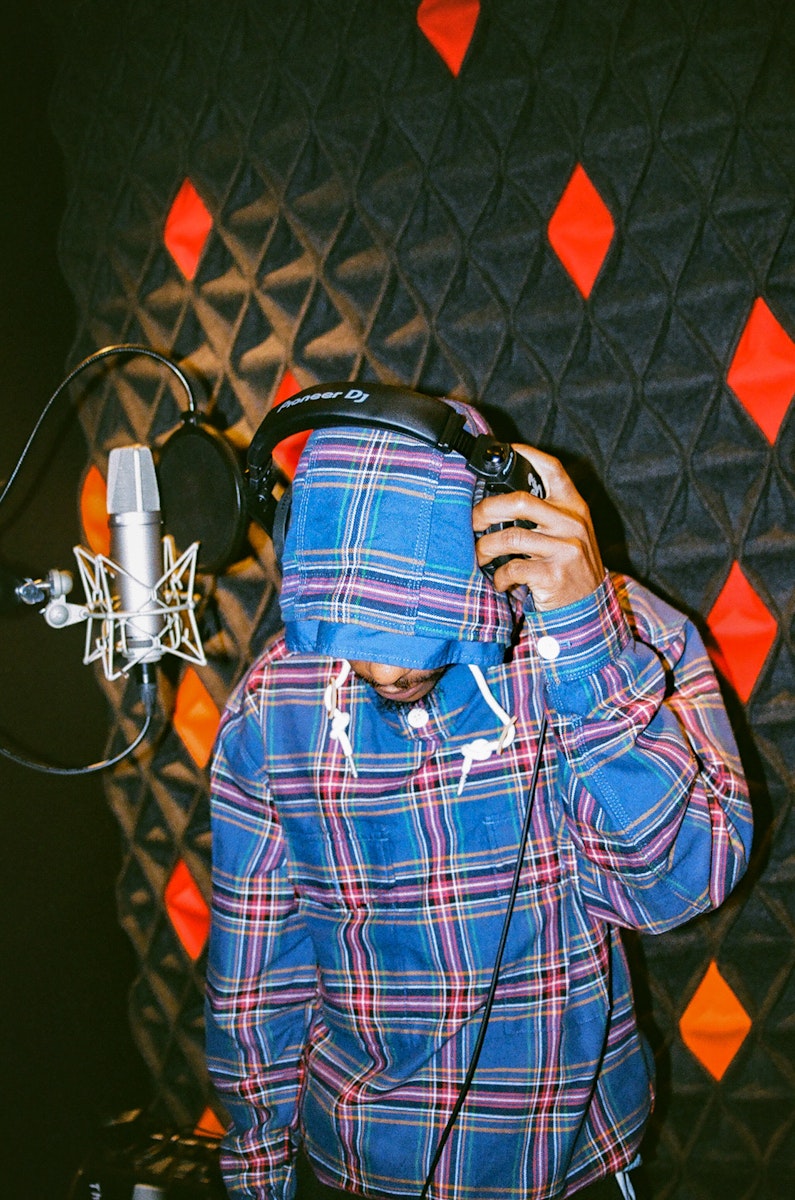 Tell me about the first time you heard amapiano music?

BERWYN: I was in the studio with Jorja and she was playing me All of This, like a year before the release. It was beautiful, sounded like a tribal ballad. I loved the shaker underneath. But when the log drums come in? Oh my goodness … I was absolutely obsessed.

Being a rapper/​vocalist, how did you see yourself approaching this amapiano track?

BERWYN: It’s interesting. It’s quite a ritual-based genre. I like the ritual and the idea of worship being practised for a genre, which is what I do. Amapiano is so tribal. Like when you pull some of those instruments away you could be at the dawn of mankind, in the middle of some plane and you’re watching tribal men dance. You know them ones there? You’re watching the start of music.

How did it feel to be asked to be involved in Nando’s Mix It Up project and what are the highlights of taking part in it?

BERWYN: I’m very grateful. I’m in the early stages of my career so I appreciate the support. I’m already making South African house, so I know I’m gonna love it and I’m gonna go home and party to what I’ve made for the rest of the night.

What’s your point of view on amapiano being embraced globally?

BERWYN: I think this is a good time for roots music in general. Loads of Black-oriented international genres like dancehall and South African house are having this huge roots resurgence – in the same way reggae did in the 60s. I think these things are cyclical. As a modern listener, you’ll know ​‘oh everyone’s using these keys cos of amapiano’, but it’s not really amapiano anymore. It’s like a complete feedback loop, where it goes and comes to one place; it’s all magnetically attached to this one place.

And in the future?

BERWYN: What will remain is that log drum; that’s the most futuristic part. I imagine in, like, 100 or 200 years, where my great-grandkids are sitting on a trip on Virgin Galactic Airlines to Mars or some shit, doing a little day trip (cos they’re A&Rs, cos their grandad was in the music game) and I can see them sitting in first class with their feet up, cos we all did well in life, and these ladies (OK, hopefully we’ve moved on from there), these people are walking around with glow-in-the-dark test tubes of alcoholic beverages and, in the background, there’s some hybrid, or association, of what we recognise as South African house. That’s what will survive. Taking one civilisation into the dawn of a new time, just like it had before.

How do you feel about the future of cultural crossovers like this one between amapiano and UK rap?

BERWYN: Really great. I wish the internet was around so we could’ve heard soca and hip-hop join together earlier. I’m a music fan and I wanna see everything happen! I’m also a fan of human advancement and I feel like collaborating is a huge part of advancing as a civilisation. Because of the growth of economies across the world, we’re seeing a lot of kids that wouldn’t have been able to make their own music being able to make their own music.

And now we’re so interconnected with Instagram. Big tech is making it more accessible at a lower cost for the everyday man. I follow this kid that lives in Nigeria in such a remote village, he did this video of him and his boys sitting on this car that probably isn’t his and it’s like, everything around him you can just tell the situation, like, the ability to even do this is amazing, you feel me? So there’s gonna be amazing byproducts from that. If it’s a matter of some kid from a remote village in Trini collaborating with some kid from a remote village in Naija – those are the sort of things I’m looking forward to. Unfortunately, that kid in Nigeria is gonna release the song and some kid in Germany is gonna call him some silly name underneath the video so there’s also downsides. But I’m looking at the bright sides. The interconnectedness will have niceness in it.

So I just wanna hear what stories come out from that. We’ve just come through the last 50 years of music and we’ve heard all the stories of all the poor kids in the Western world and I just wanna hear all the pain from the other side of the world now.

What’s next for you?

BERWYN: I’m working on some songs now which we might make into a project. I’m really in a great headspace. I feel like there’s a lot of noise going on right now and I’m gonna be Amy Winehouse. So I gotta figure out how to do that in the next two years.

BERWYN: But I’m only gonna do it the hardest way possible. I spent nine months making everybody else’s music and we kept sitting by the laptop after going ​“This shit’s too easy.” Duh! That’s why everybody’s doing it, no? So we’re just gonna do it the super super hard way and see where that takes us: Amy Winehouse.

BERWYN: If you play me five songs on your favourite playlist right now I can replicate them in front of you in under an hour, give you a version just as good. And there would have been ease in that. I don’t know what that means, maybe there’s a correlation between difficulty and quality, maybe there isn’t, some things are easy and beautiful. But all I’m saying is I’m not gonna do it the easy way, I’m gonna do it the hard way and see where that takes me, you feel me? Music’s subjective: I can never know the answer. I’m just doing my ting.