“I scrapped half the album in September last year,” Joe Mount is sitting in his home recording studio telling me how his recent move from France back to the UK impacted Metronomy’s forthcoming album, the wryly titled Metronomy Forever. 18 months ago he decamped, along with his partner and two children, from inner-city Paris to a tiny village in the rolling Kent countryside. ​“I did the new parts here, so I think it feels more here than Paris.” The studio is what you’d expect from the founder and frontman of Metronomy: antique keyboards stacked in the corner, an organ against one wall, guitars, mid-mod couches and a ​’60s-vibe shaggy rug. “[The first version of the album] didn’t reflect the change of moving here. Cold, is how I’d describe it.”

He founded the band from his bedroom in 1999 and their first album was released in 2006; from then until now, they’ve been making music with the kind of consistent, slow-burning success that’s seen them through the fall of many music trends, including indie-electro which sleuced-off many of their old contemporaries.

Mount’s move to the country was prompted by the need for more space. ​“We had a two bed flat in Paris and we’ve got kids so it was just getting a bit much.” But given that he considers the album more country than city (“about 55 – 45,” he says), it does make me wonder how living in the countryside has affected the sound. ​“Cities make you a bit more rough,” he says. ​“By contrast, I always think about, like, Bristol groups that were never really touched by the London cynicism. People like Portishead. They always sound very rural, in a really good way. I think if you’re making music in the country, the landscape influences what you do; in a city it’s more about that hard, competitive edge. It’s a different feeling.”

Either way, this country life seems to suit him: ​“I love it. It’s fun. We’ve got a veg patch, we’ve planted stuff. It’s a cool place to be.” The family live in a Scandi-style house (clean lines, blonde wood and lots of light) with an amazing view. ​“And it’s nice to be a part of a community,” he says. Oscar Cash, Mount’s cousin and a member of Metronomy’s band, drops in while we wander around. With Cash now based in the US, Mount’s new home has been a pleasant setting for them to catch up.

Joe Mount’s trajectory has seen him ditch cigarettes for courgettes, and clubs for car boot sales – and yet Metronomy are still making indie-dance bangers. In order to gain some of his wisdom, here is Joe Mount’s Guide To Modern Living. 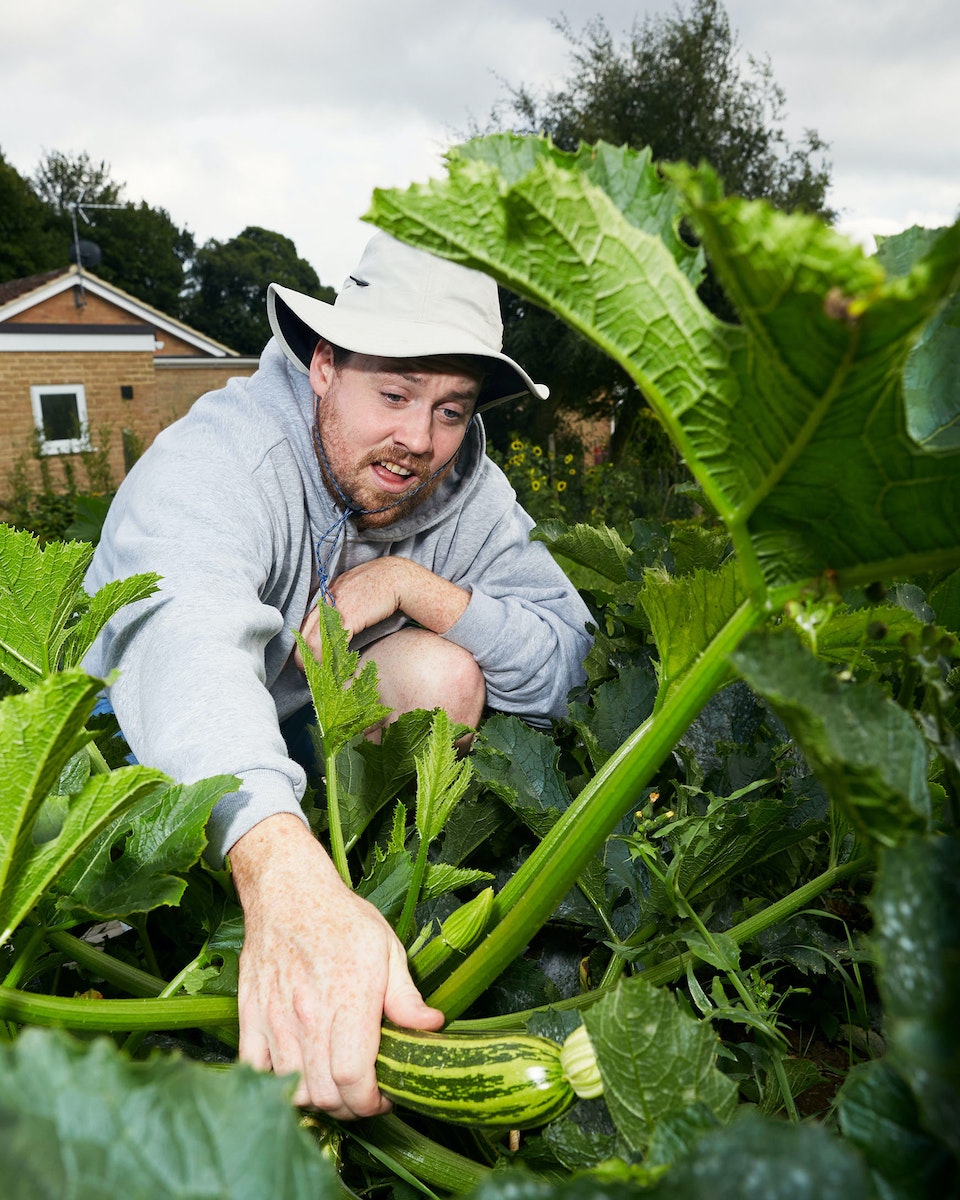 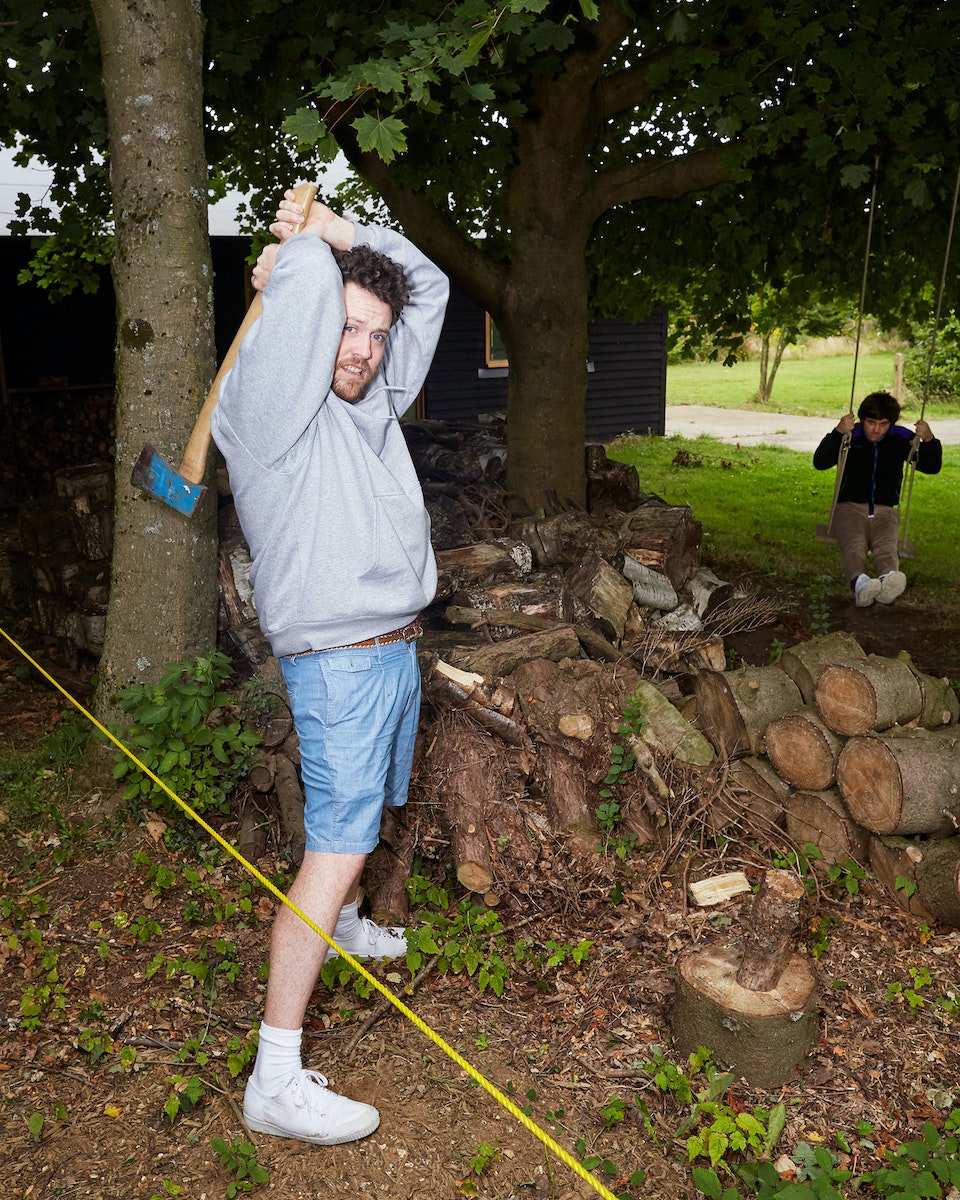 “It was my girlfriend who planted everything but I do help with maintenance,” explains Mount, from his veg patch. ​“We’ve got loads of courgettes – too many, if anything. We don’t know what to do with them. But also garden peas, tomatoes, chickpeas, corn… it’s a good little plot.”

Still, he doesn’t necessarily see veg as the trick to longevity. ​“In those news stories about the oldest woman in the world or whatever, the interviewer is always like ​‘what’s your secret?’ The way I see it, at that point, you can just pick anything. ​‘Oh, my secret is fags.’ Or ​‘I used to drink three glasses of wine a day.’ You’ve made it so you can say any old shit.

“But of course there is no magic trick. There is a point at which you should make some kind of effort. I stopped smoking ages ago.” Plus, unlike many rock stars he never got into drugs. ​“I’ve been around a lot of drugs but I was always quite scared of them. I did magic mushrooms a couple of times and that was quite fun. In fact, I thought I found some in our field recently but I didn’t try them. If I knew for definite that they were magic, I’d try them — but I guess, it’s trickier when you have kids. I’d have to put a really long film on [laughs].”

Get to know your neighbours

“I think this is just as important in the city as it is in the country,” says Mount. ​“Somewhere as rural as this, though, you become quite reliant on your neighbours. They’re your eyes and ears. My neighbour Paul, for instance, could turn up at any minute. We once looked out the window and he was just mowing our lawn. We didn’t even ask him to — so that was nice of him, it must have needed doing. He’s also acted as a bit of a security guard in the past. And then you do favours back, like once I had to run round to a neighbour to point out that his chimney was on fire — so there’s lots of reciprocal stuff that goes on.

“The currency of the countryside is favours,” he explains. ​“There’s always an undercurrent of ​‘you scratch my back, I’ll scratch yours’. It’s nice to have company and to socialise, but ultimately it comes back to favours. My girlfriend goes round with a basket of courgettes that we’ve grown; we get to borrow eggs when we need them. If you want to get to know more people in your area, I think you can definitely apply that to city living too. Like, I remember when I was living in London that some people were on such good terms with their local corner shops that they’d be able to get stuff on credit. I never had that. I’d be surprised if the people at my local minimarket even recognised me. However, I wasn’t using them for proper grocery shopping. Now I see, I should have supported them more. But if I’d known about the currency of favours thing back then, it could have been different.”

“I think nowadays, we need to be enterprising,” he explains. ​“We need to recycle and reuse old stuff, and to sell on what we won’t use. It’s better than it ending up in a landfill. I sold a bunch of crap on eBay when I first moved here. For instance, there was a weird amount of gates. Like, old metal gates, lying around here and there. And I thought, ​‘right, I’m going to put them on eBay’ — and someone bought them. It was a London prop house who needed gates. You just never know.

“I also had stacks and stacks of breezeblocks. They were just left over, surplus from the old owners. Sold those on eBay too. A few weeks later, I was digging in the garden and found an old Morris Minor Engine. Sold it on eBay. It’s not necessarily a good way to make money. I sold the engine for like 90p but it felt like a victory because someone else has to come and deal with it. And they felt like they’d won because it was only 90p.”

Stay relevant in your field

A band who’ve been consistently releasing albums for more than ten years probably have a right to call their next one Metronomy Forever, although, as Mount explains, ​“it’s meant as a joke. In the music industry it’s all about building your own mythology; the Queen biopic, the Elton John one, the NWA one… they’re creating these mythologies and trying to go on forever, but I don’t think it’s possible.”

You can, however, try and stay relevant. ​“Everything moves very fast nowadays, whatever industry you’re in so it pays to keep your ear to the ground and at least try to have some comprehension of what people younger than you are saying or listening to. I would love to think that with every one of our albums, new people come aboard – that’s the objective. If you don’t think about that then you’ve no real chance of staying relevant. There’s people who were listening to us 10 years ago; they’re 27 now and that’s kinda cool. It’d be nice to grab some more 17-year-olds, though. To feel like you’re relevant to young people still. I listen to the radio and I look at social; Instagram is still a good way of quickly working out where something sits in the spectrum of cool. But I’m aware it won’t be like that forever – once your parents start using it, it’s time is coming.”

“If I had a free Sunday morning, I’d just stay in bed,” says Mount. ​“I’m often away – like, my most used app is The Trainline because I’m always going to Gatwick or Heathrow or something. Being in the country, though, has taught me the value of downtime. When I was younger, London specifically was amazing – you’re always doing something, there’s always someone you have to keep-up with. It’s that competitive thing. Now, I don’t need that. Although, I am a fan of carboot sales. I found a really amazing antique keyboard at Chiswick Carboot Sale, recently. Although, it’s quite a poncey boot sale.

“I don’t have any particular tactics because when you see those people who’re like looking in the backs of cars and stuff it all gets a bit intense. It’s horrible, really. They’re like ganets. Like I said, I enjoy it as a nice, chilled activity. I’m also a bit fatalistic about carboot sales. If you’re going to find something, you’re going to find something. You can’t create the luck.”

Metronomy Forever is released 13 September via Because Music