Westminster is a fundamentally odd place, in so many ways that it would be useless trying to list them all. The place is odd, the conventions are odd, and if the people weren’t odd before joining it, they certainly will be by the time they leave.

Westminster’s oddness is rarely positive; most of the time, its outdated structures, unspoken truths and alienating atmosphere do not make it the most welcoming or functional of places.

Still, it sometimes goes weird in unexpected and delightful ways – take the karaoke.

If you are going to start a career in or around politics, you will be subjected to a sometimes overwhelming amount of it. People go singing at Labour conference; they sing at Tory conference, Lib Dem conference, the SNP conference, the Greens conference, the bars of Parliament, restaurants in London, and in any other place that has cheap microphones and strong alcohol. If you ask politicians what they like to do to let their hair down, most of them will say they like singing.

Karaoke is the great unifier in politics; MPs like it, their staff like it, journalists like it and everyone who has found themselves working alongside these people will be subject to it on a regular basis, whether they like it or not.

“I don’t know why it became ​‘A Thing’; you‘d go on a trip with the Prime Minister and then somehow you ended up in a bar in some foreign city with drunken hacks and drunken Downing Street staffers, and it was always a karaoke”, says Jason Beattie, the Daily Mirror’s Head of Politics.

(The Daily Mirror holds a yearly party at Labour conference, where, among others, shadow cabinet ministers Jon Ashworth and Angela Rayner usually enjoy doing Don’t Look Back In Anger together.)

It is unclear when the trend started, though Beattie and other veteran Westminster bubble dwellers placed the early days of the mania in the late New Labour years.

As former adviser Lord Wood (go-to song: ​“Scenes from an Italian Restaurant – Billy Joel”) recalls, ​“The Spellarites [the ​“old right” of the Labour party] had a regular Lucky Voice evening in the early noughties; by the time I was at the Treasury as an outer Brownite, they were quite important calendar moments”. At a time when the Labour party was clearly split into factions that either had all the power or none of it, socialising through tipsy karaoke became an important way to ensure that you were still in the loop.

For others, it was about capitalising on something people would want to do when sloshed anyway, and using it to bring everyone together.

Popular Westminster PR outfit InHouse Comms, for example, organises a ​“Toryoke” every year at the conference of…well, you can probably guess, where senior party figures, special advisers and hacks can belt out the song of their choice in front of a live backing band.

“We’ve had a long and proud interest in karaoke, from just creeping off to find somewhere late at night after particular soirees in Westminster with fairly warm white wine and mediocre conversation”, explains their chief executive Jo Tanner, ​“and then that turned into an annual thing”.

(Sources close to Matt Hancock insist that it was also the birthday of broadcaster John Pienaar and the Cabinet Minister was in fact singing happy birthday to him, but people present on the night say that Pienaar wasn’t ​“anywhere near the stage” at that point). 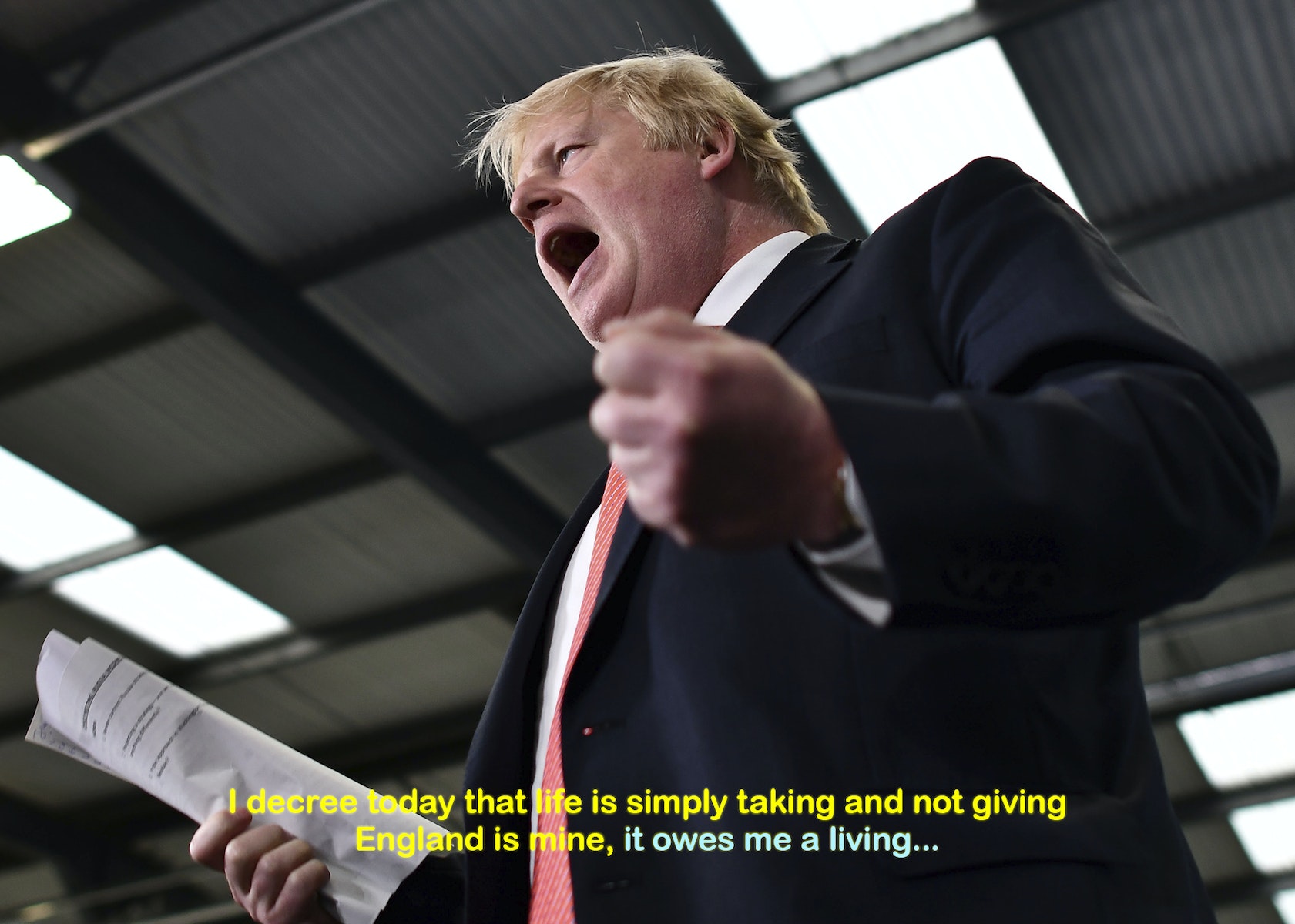 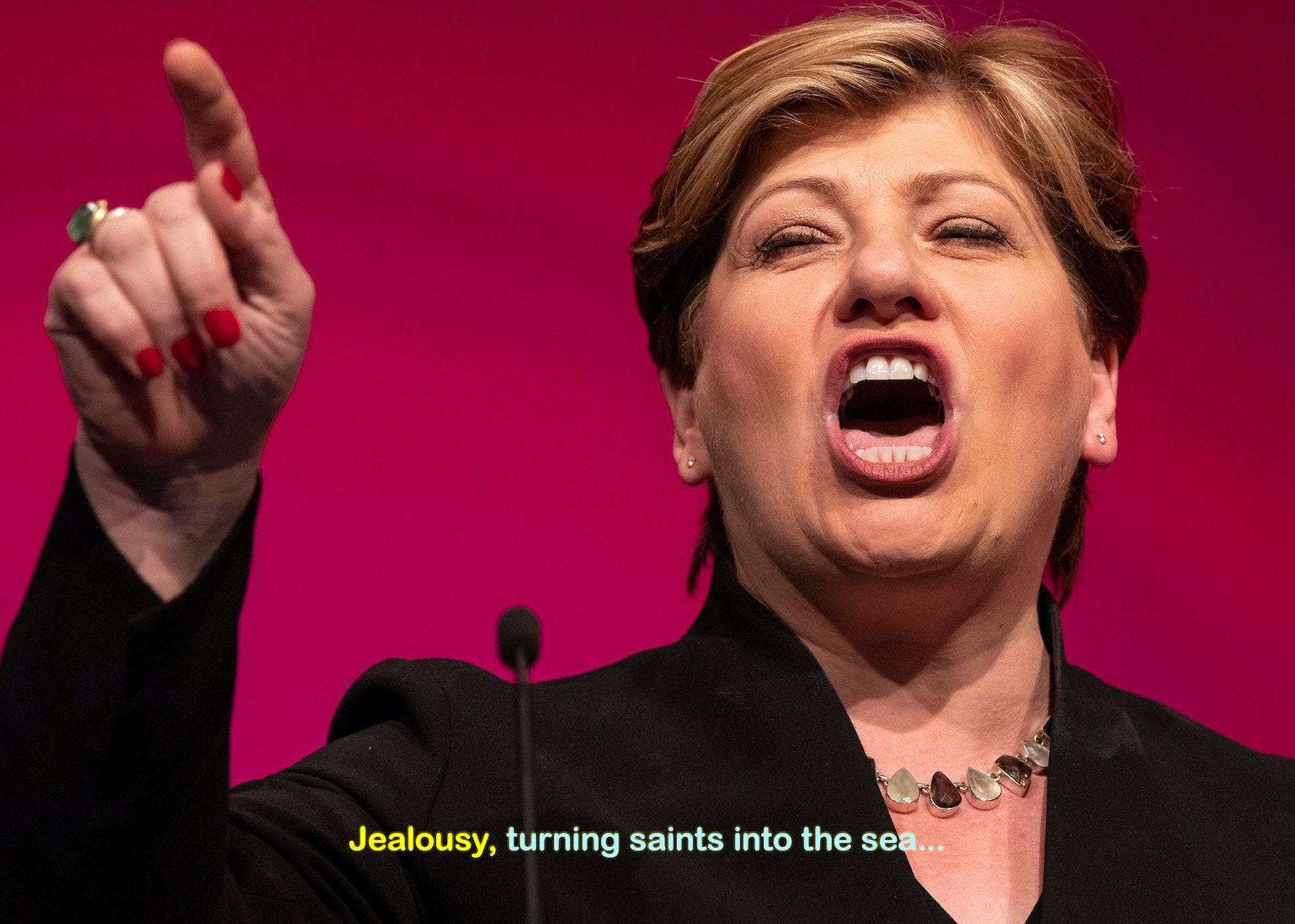 Conferences aren’t the only place where this happens, of course. An especially memorable edition of the Parliamentary Labour Party’s Christmas bash involved a number of MPs screaming along to Total Eclipse of the Heart, as well as Corbyn-sceptics Mary Creagh and Yvette Cooper getting together to belt out I Will Survive (make your own jokes).

Elsewhere, political hacks gathered at another InHouse bash where Daily Mail deputy political editor John Stevens and Telegraph chief political correspondent Christopher Hope joined forces for Islands In The Streams, Sky’s Westminster team did a group rendition of Go Your Own Way, and many more.

This should all lead to an obvious question, namely: why on earth do politicians and those around them like karaoke so goddamn much? Well, it depends on who you ask.

For Tory minister James Cleverly (“Natural Woman – Aretha Franklin /​We Are Never Getting Back Together – Taylor Swift”), ​“there is definitely a bonding element to it, at times when tensions have been very high it has been a useful safety valve”.

Shadow foreign secretary Emily Thornberry (“My problem is I don’t have a karaoke song; I think I can sing everything, and that really is a problem”), meanwhile, went for the obvious answer: ​“Because we’re all show offs”.

There is certainly some truth to this, but it is worth digging a bit deeper; after all, most people will enjoy the occasional evening slaughtering cheesy hits in the privacy of a booth, but it says something that in politics, the only two forms of entertainment one encounters are ​“drinking” and ​“drinking then singing”.

According to Tanner, ​“If you think of the personalities of most politicians, they’re generally quite extrovert, and probably […] exhibitionist in some way. And I don’t know whether there’s something around letting loose? It’s something they don’t feel they can do, because they’re all in their straight suits. It’s a very formal environment within Parliament, even in how you refer to each other (“The Honourable Member for…” is not the friendliest of greetings), and you sit in a particular place based on when you were elected […] So to some extent, it is a bit of, ​‘actually, I can just be free and let go.’”

After all, being a politician means having to constantly walk a thin line. On the one hand, the public often says it wants MPs who are are real humans and not flawless political bots; on the other, any MP showcasing basic human behaviour puts themselves at risk of being hanged, drawn and quartered by the press.

With stressful jobs and long hours, it is normal for them to want to unwind, but there are not many ways in which they can do it safely. On top of this, Westminster is a place fraught with constant conflict, where MPs have to argue and plot against each other, mind what they say around reporters, and make sure their advisers do as they’re told. Add a layer of Brexit chaos to it and you’ve got yourself a perfect recipe for nerds on the verge of a nervous breakdown.

By virtue of being non-confrontational, uncontroversial and pretty fun, karaoke has become a way for everyone to temporarily drop their sword, lower their shield and get some well-deserved breathing space.

Or perhaps this is overthinking it, and, in the words of one Tory activist, ​“Is it because everyone in politics was slightly uncool at school and so this is the sad way they get to act out their 1990s memories with friends? Asking for a friend.”