If you’ve found yourself searching for a five-finger bear ring, or a choker made from false teeth, look no further than the twisted world of Tokyo-based designer Shueh Jen-Fang, known by the fashion moniker, ​“Jenny Fax”.

Having studied apparel techniques for three years at a fashion school in Taiwan and moved to France (where she learned to cut patterns, before going to Belgium to study fashion at L’École de la Cambre), Shueh launched her label in 2011, and has since acquired a cult following that includes power stylist Lotta Volkova, with whom she collaborated for the styling of her AW19 show.

Inspired by her personal memories, from Japanese manga, school uniforms and the Never Been Kissed style prom dresses that shaped her childhood in Taiwan, Shueh’s own way of dressing is often the starting point for her collections. Digging deep within herself, Shueh subverts her personal aesthetic to its outer limits: a cutesy-meets-weird mix of saccharine shades, girly details and outsized proportions, brought to life with oddball accessories and irregular styling. 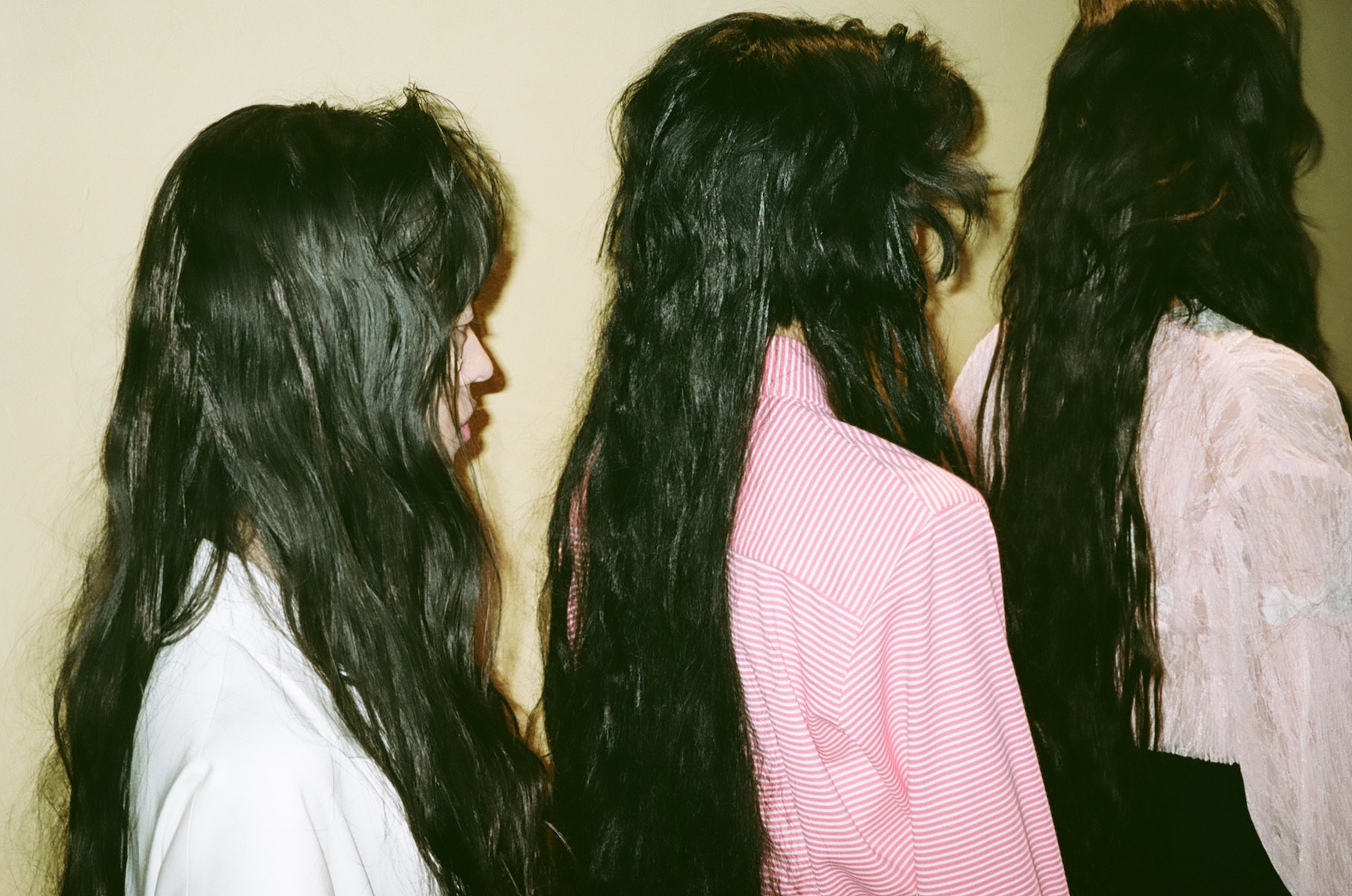 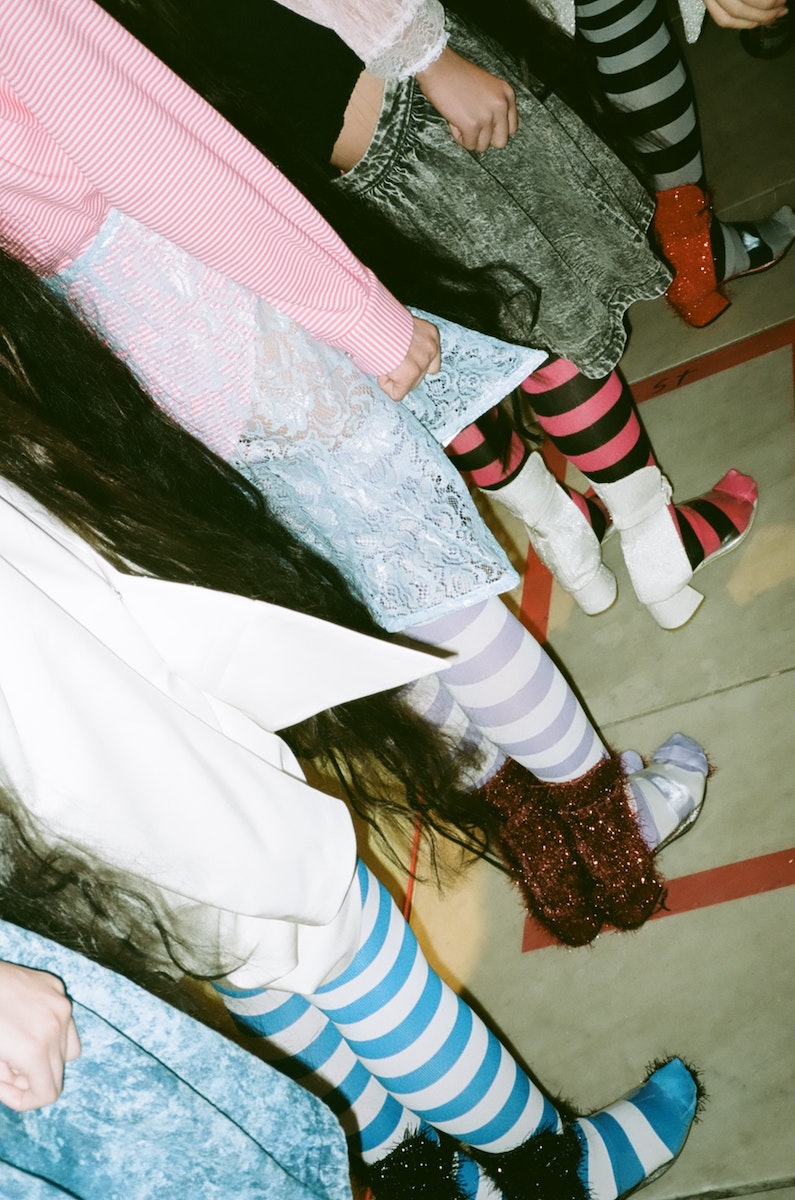 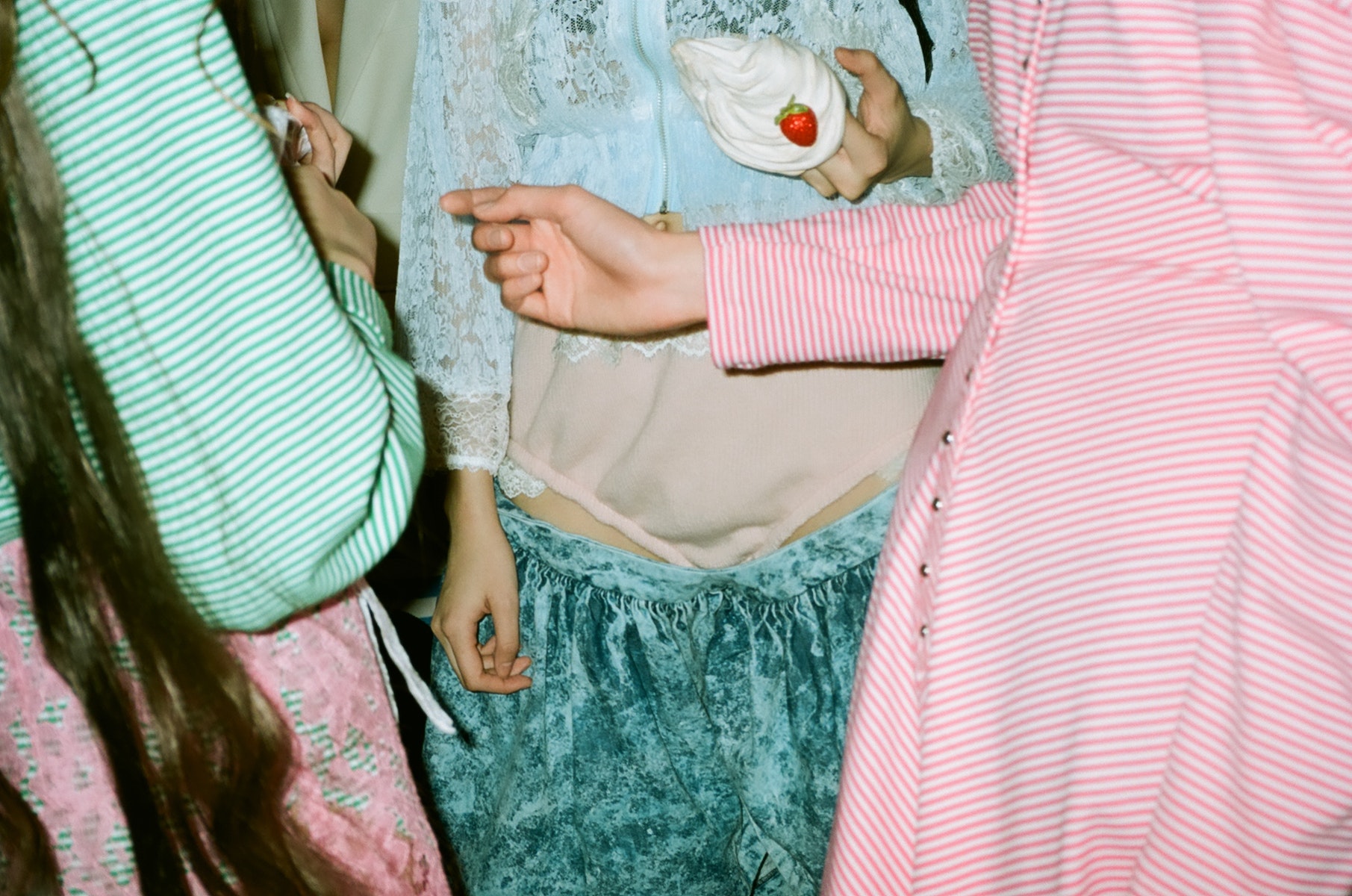 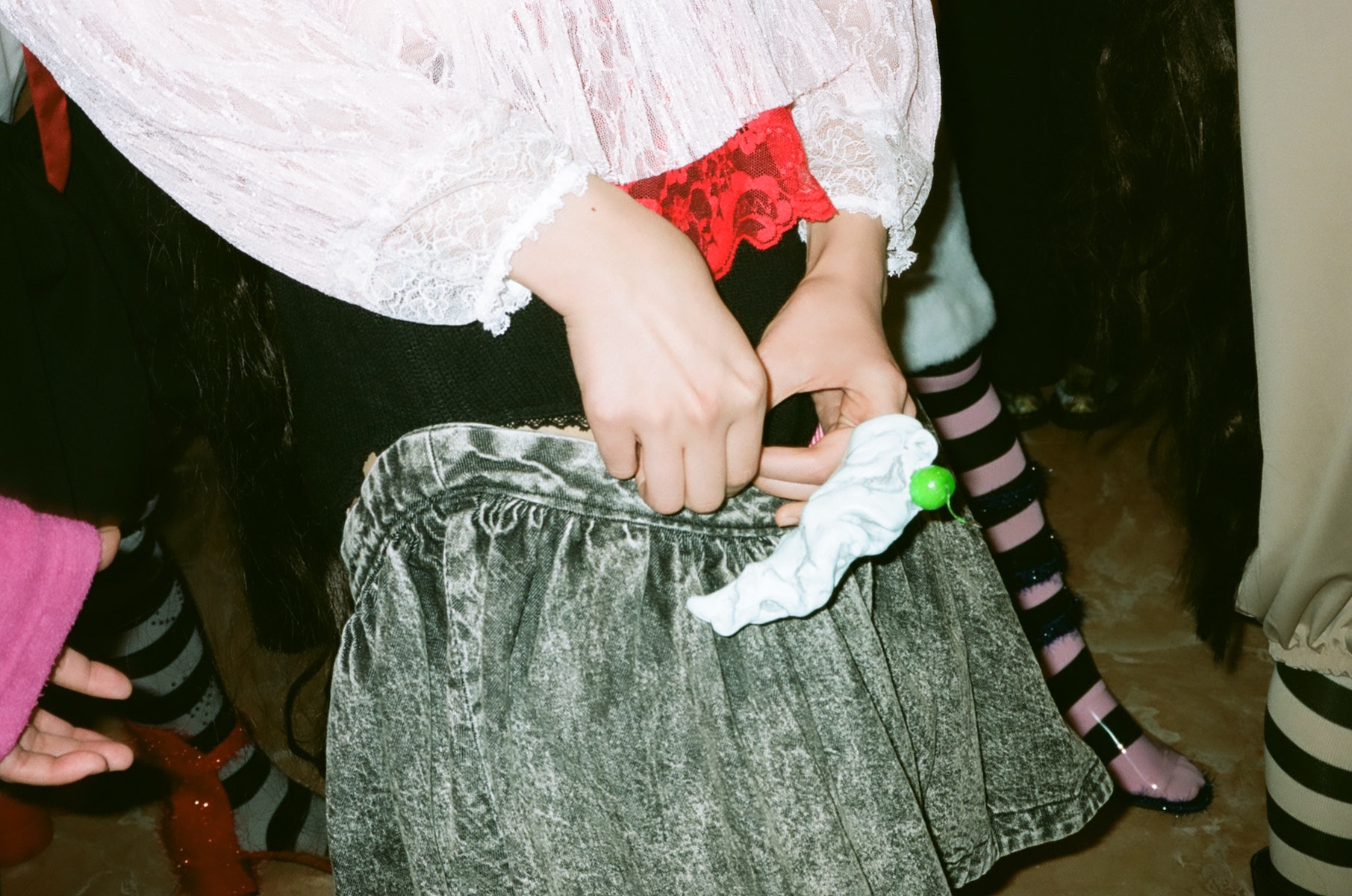 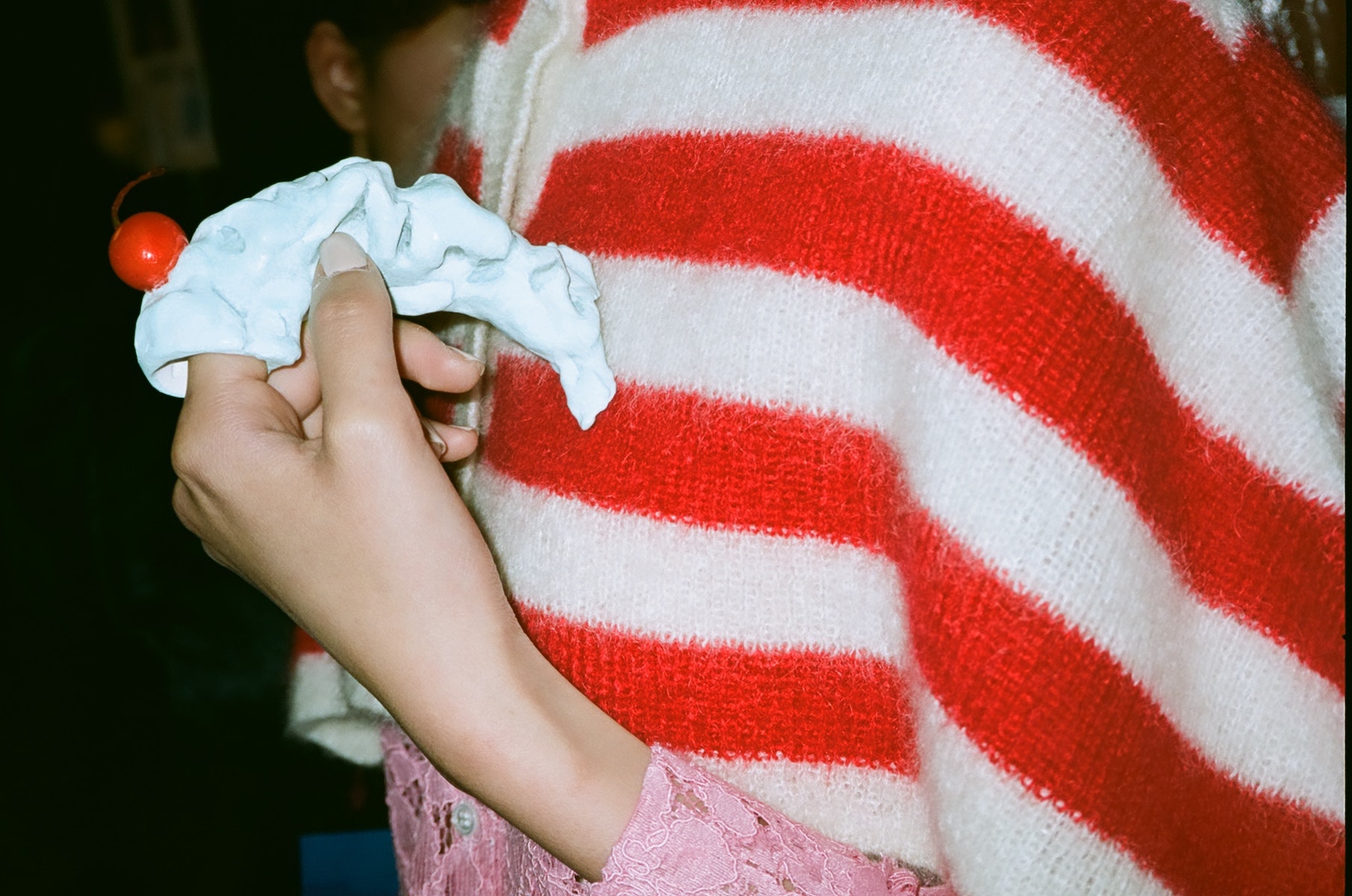 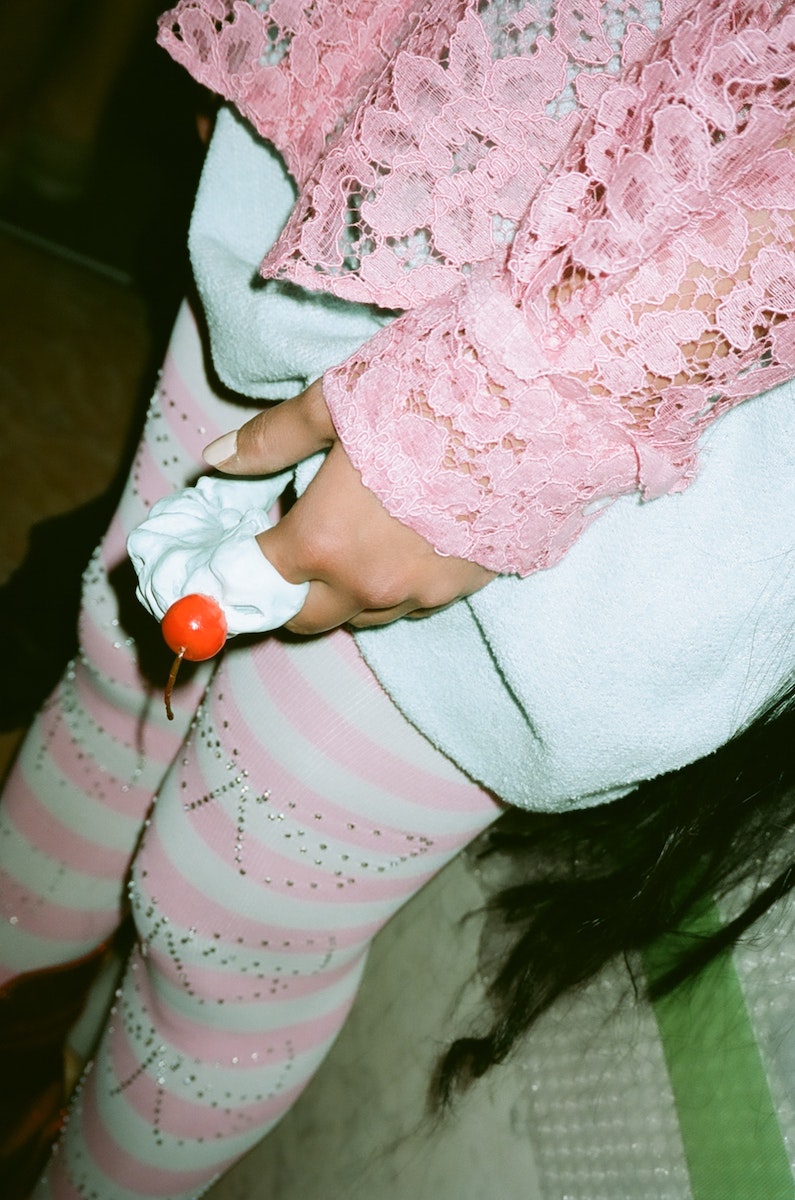 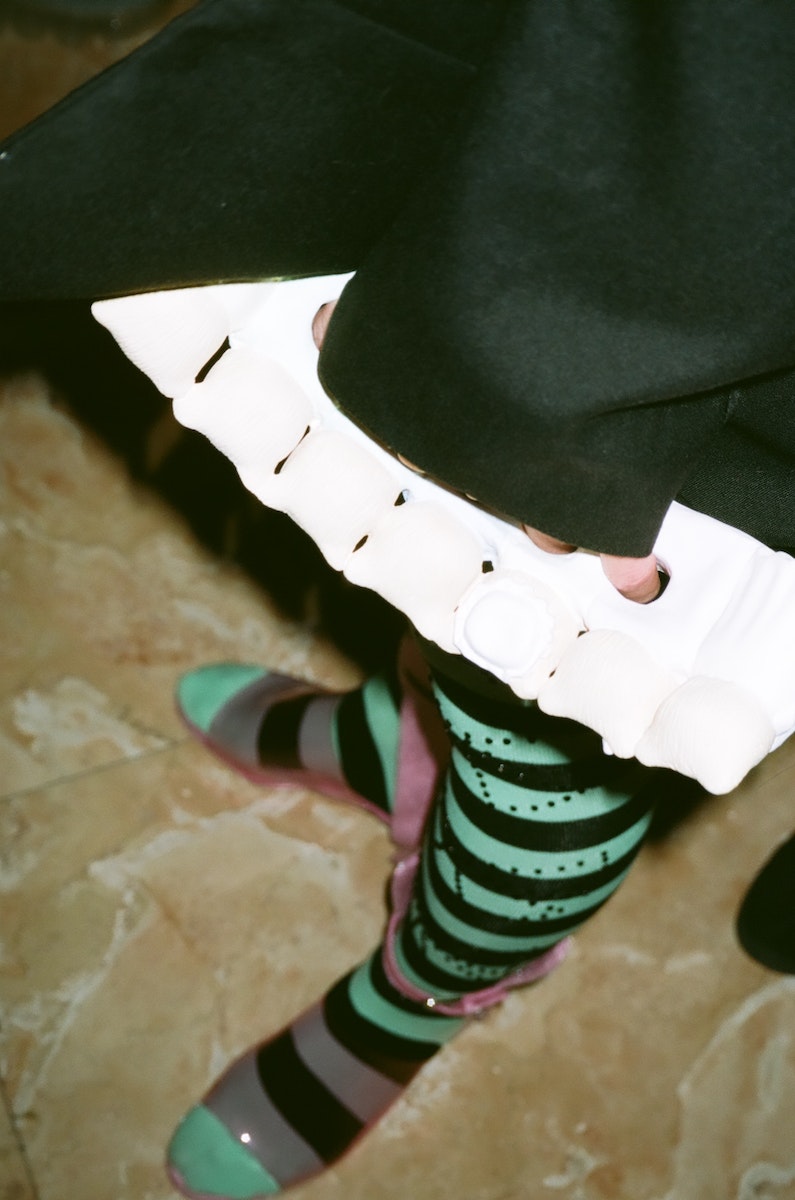 For AW19, Shueh wanted her world to come to life on the runway. ​“An ordinary girl from a small town is going to buy a flower print dress for her date. That is so romantically sad,” read her show notes. Instead of pristine, polished, models walking in a straight line, the Jenny Fax girls had scars on their faces like they had been fighting with their siblings and locks that dropped far below their waists. As Shueh explains, ​“These girls haven’t had their hair cut since birth.” Like characters from an off-kilter fairytale, they marched the runway wearing candy-coloured dresses of clown-like proportions, alongside latex fetish dolls, to the sound of an instrumental Radiohead cover on repeat.

“For AW19, the aesthetic centred around Kawaii style. It’s something I explored in my first few seasons, so it was something I wanted to revisit and share with a global audience.” Shueh’s accessories deserve a special mention: a five-finger bear ring crafted from Sylvanian Families characters (a nod to the Taiwanese tradition of gifting the bride and groom a ​“teddy bear couple”) and a choker crafted from teeth, complete with neon braces. ​“The teeth were inspired by my grandparents when I was small. Whenever they stayed the night in my house, I had to give them my room, and before they went to sleep they would always put their teeth in a cup.”