From alien-slaying hero Moses in Attack the Block to Stormtrooper turned Resistance member Finn in the recent Star Wars trilogy, John Boyega has inhabited many different roles throughout his career. But none of that compares to what may be his most important role yet: a mentor.

The Peckham-born actor has teamed up with Converse on the Create Next Film Project, an initiative focused on nurturing the next generation of young Black filmmakers in London. This is the latest project under Converse’s All Star Program, a community-focused ecosystem of mentorship, commissions and funding that aims to create new opportunities for young creatives. What’s more, it’s an impressive use of the clout and connections Boyega has built up over the last decade – one with potential for long-lasting impact in the industry.

Converse and Boyega have selected five young London filmmakers, Ade Femzo, Kaylen Francis, Kemi Anna Adeeko, Lorraine Khamali and Ibrahim Muhammad, to create a five-minute short film. Their brief? Quite simply, ​“Create Next”. Throughout the process, each creative gets funding plus mentoring from Boyega and sessions with industry experts such as scriptwriting and storytelling with John Ogunz and making treatments with Abdou Cisse.

When THE FACE catches up with Boyega on a rainy London afternoon, he excitedly tells us what he’s been teaching his mentees, why heat and pressure to create gets such good results, and why opportunities like this mean so much to him personally. 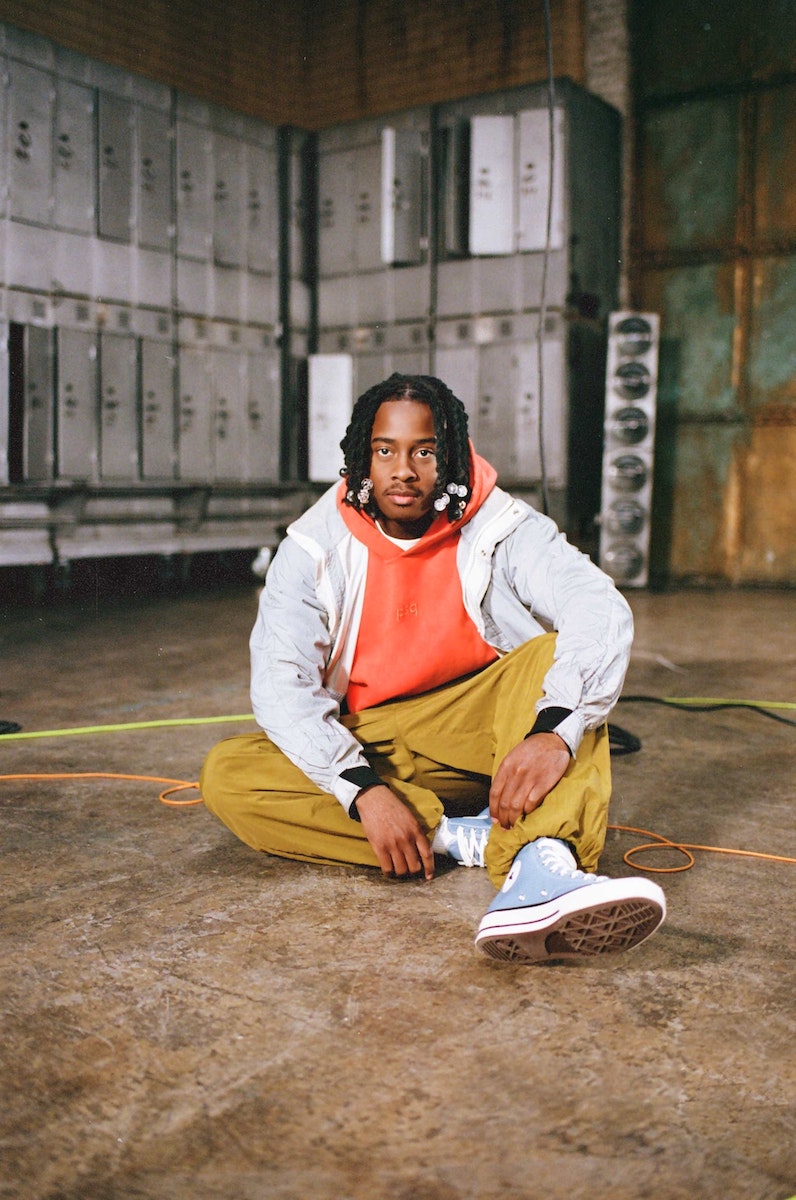 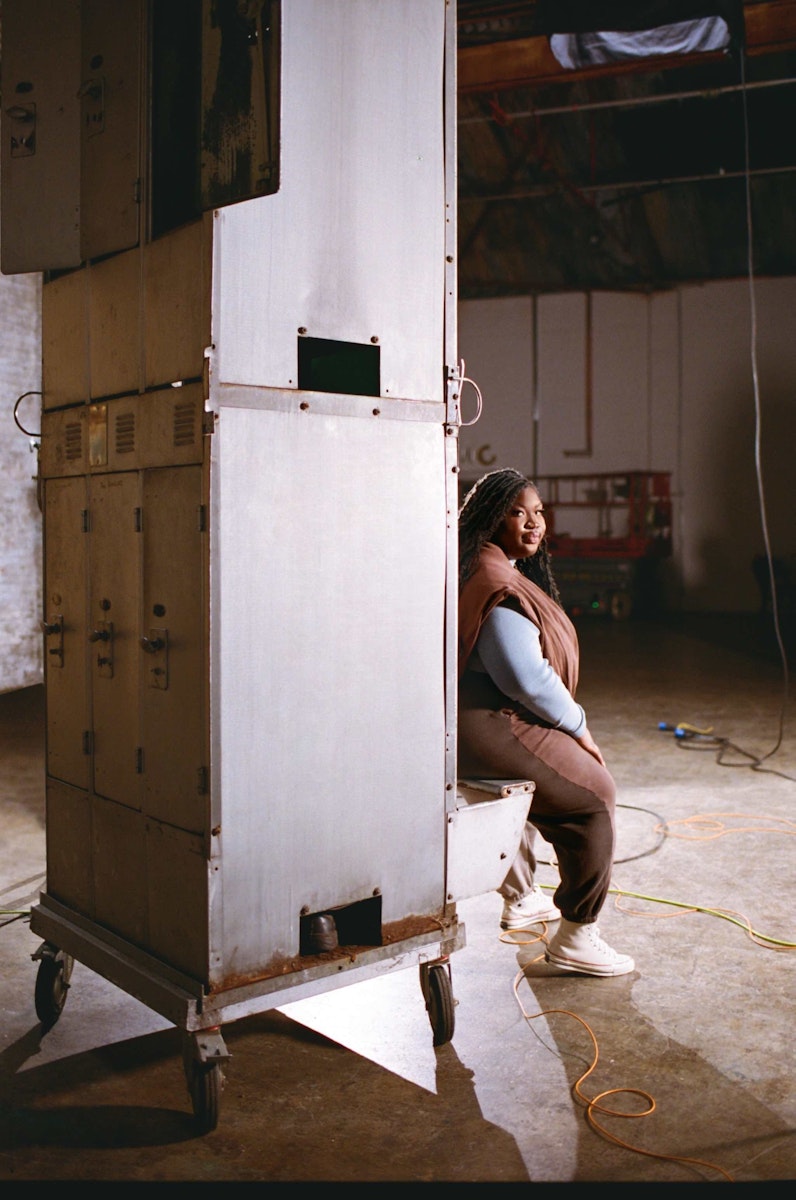 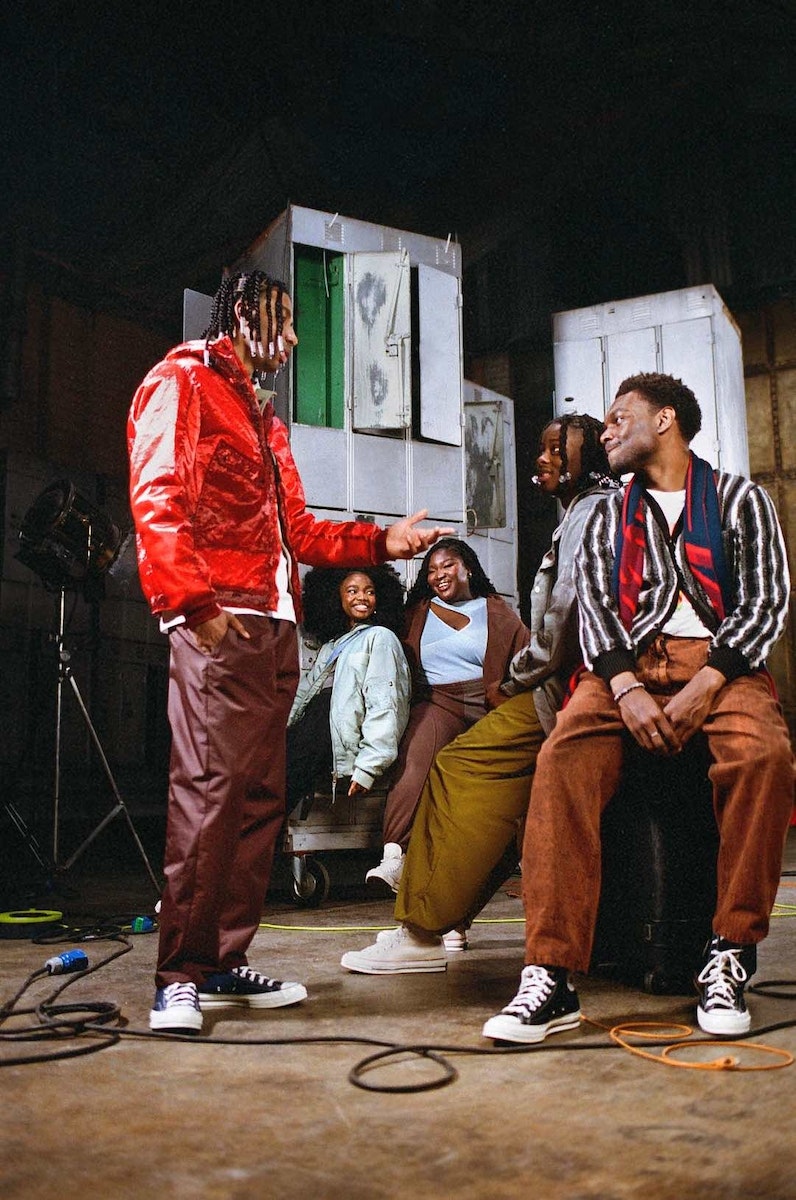 When you were starting out, on the come-up, what avenues were available to you in terms of Black creatives helping and guiding you? Most opportunities were from some form of government funding and private funding. I was a part of Theatre Peckham. The creative director was Teresa Early, who gave me a scholarship because I couldn’t afford that. I went to another institution called Real Drama which was set up by a lady who felt like opportunities weren’t there for young kids who are motivated by film to be involved in filmmaking. And then, Identity Drama School – set up by Femi Oguns – because he saw a disparity between the white and Black kids who were involved in mainstream drama school in the UK: the Guildhalls and The RADAs. I did Connections at the National Theatre and performed at the Cottesloe Theatre for the first time with no acting credit. For a young kid in college in South Thames, coming up like that and doing a play that was written by William Boyd, a prolific writer, was a huge opportunity.

So I’ve found myself thanking these individuals and institutions, which today are unfortunately not as well-funded. Now, part of my legacy is to be that for other people.

Was there any particular point or experience in your career where you first felt the need for an initiative like the Create Next Film Project? Or has it always been at the forefront of your mind?
It hasn’t always been at the forefront. When I started, I was hungry, just trying to pay bills, get better, and fit in wherever I could fit in. But when I started to work in the States more, I would come back and get more of a sense of how the industry works. Gaining insight with behind-the-scenes talks with producers and being able to have access to executive opinions all got me to this point – and meeting older actors who’ve been there, done that.

What are the biggest challenges that the industry as a whole needs to overcome, and what solutions does Create Next Film Project present?
There are so many issues. But what the Create Next Film Project does is target the issue of access. It’s creating an educational bridge of opportunity for young creatives, to be able to hone their skills, and to have a creative identity. It’s very, very hard now to get a detailed analysis of how to exist in our industry and how to work the challenges that you see on a day-to-day basis. We do have several different platforms, but most of the time you have to pay a lot to even get the information. So access is a big thing.

When I’ve been on set, I asked individuals how they got this job as a rigger, as a DoP… and it’s through family members, friends, and connections. That’s why this industry is articulated to be the industry of ​“it’s who you know”. Whereas people who are in it also know the benefit of identifying and nurturing talent, and building a space in which it can grow.

You’ve worked with five filmmakers on this project. What criteria were you looking for when selecting who to work with?
The main thing above all for me was to identify a creative niche and passion at an early stage. It didn’t mean perfection, it meant you have a devotion to your creative journey, your art. They had to have done stuff off their own back, in their own environment. Through their phones, through social media, they just had to be consistently active. The reason why I use that as a blueprint is because I based it on myself.

I wanted people with their own creative vision and their own style of storytelling, with an awareness of the technical side. Also being curious in terms of wanting to grow, and enthusiasm, because that’s the raw talent I had. I wanted to put in the hours and be devoted. My art is my first love, and I feel like every single one of them showed that. They’re good people, too, with great energy.

With the five-minute short film, it’s about who can get their idea across in the most striking way. And also which of these films you’d want to see more of, right?
The challenges of that style of filmmaking… that’s the kind of heat and pressure you need to get that creative diamond out of you. You need to be able to be in a situation that pushes you to still go for these creative choices that match up to your initial plan, while knowing that you have to be cost-effective and manage people. I want to build that muscle. Because they’re dreamers, they’re gonna go get it, they have the motivation, that’s all set. Now it’s about the specifics.

Today they were asking: ​‘How do you decide where your film goes?’ I’m teaching them how to appreciate the process. That’s where you’re going to get some really great creative choices. You’re going to see the benefits of collaboration in an amazing way. Being able to give them that insight to help the fire that they already have is fantastic. I’m actually kind of surprised! I genuinely didn’t expect them to be that focused already.

What are some of the other questions you’re getting, and what advice have you been giving?
Some things have made me feel kind of like a mentee. All I was using to guide me was my own experiences. I’m here to tell them what the technical side is going to be like and what the business is going to be like. But at the same time, the day-to-day struggle of handling logistics, people, and a whole bunch of stress… that’s what I was looking for! How do they adapt to issues? For me, that’s what changes you from an amateur dreamer into a professional dreamer. A dreamer with strategy, that’s aware of problems, who knows there’s going to be delays.

One of the filmmakers is Lorraine [Khamali]. She started off wanting to take the back foot in the creative process. Now she’s taking charge of a project and saying: ​“I’m not moving forward creatively until I get some extra time.” That really surprised me because it reminded me of myself a little bit! The best movies we know are made because of those kinds of moments, and we’re seeing that they’re on the first initial stage. I was like: ​“Okay, Kathryn Bigelow!” And she had a big ​“I’m a director!” grin on her face. That’s why I’m here. That’s what this is about.

What do you see this project leading to? Are there any huge goals you’re looking to hit in a few years?
I want to see individuals getting real opportunities in this industry. Maybe down the line some collaborations between film festivals and short film festivals. Myself and Converse are looking ahead to how this vision can grow. But for now it’s about supporting these young people, and making sure that what they’re creating is the best it can be.

In the long future is me standing on set 15 years later and having Kemi [Anna Adeeko] direct me, having Lorraine come in as the DoP to tell me how the shot is gonna look, and having Ade [Femzo] come in and tell me exactly how he wants to do the scene and collaborating with actors. That would be amazing.

You’re in a position now where you’re someone people look up to as a role model, not only in the acting world but also as an activist in the wake of your Black Lives Matter speech. Is that added responsibility something you actively think about?
I didn’t until last week, to be honest. I went to South Africa, and I had guys coming up to me and saying: ​“I know you don’t know me, but when you said this and that I was at this position in my life. And this is what it meant to me.” I didn’t have that before. To have people actually say that made me feel that sense of responsibility. So now I’m having family meetings with the boys to talk about how we live up to this, and how we grow into this. It’s not trying to be a role model or anything. It’s trying to make the best out of where I’m at.

How do you set an example while having the freedom to be human and not be perfect all the time?
Just being real, man. Be real with your journey. Be real with your imperfections. Break out of that sense of always trying to run for perfection. I think our working life and our society prompts that attitude in us. All of a sudden someone makes a mistake, and we all act as if we’ve never made one before. It’s about keeping that balance and having an understanding of oneself and knowing you are sometimes not in an environment in which you can show up with perfection all the time. Show vulnerability. Tell the young kids: ​“I’m still learning.” I’ve been doing that to try and keep that grounded feeling.

You started your career with Attack the Block, and Attack the Block 2 is on the horizon. Knowing what you know now, is there a piece of advice or mentorship you’d love to give to the younger you on the set of that first movie?
Do your thing and you’ll be alright! I was at that stage where I had just come from a theatre job when I went into Attack the Block. I had accepted my fate in this path. So just go through the process, young me! And I’ll probably have a conversation with you in a few years.

In celebration of the Create Next journey, John Boyega will join the filmmakers in London for a special premiere event where they’ll unveil the films alongside a programme of other talks and masterclasses. You can sign up to attend here.