When artist PJ Harper was a wee boy growing up in Scotland he was obsessed with Barbies. His parents were never bothered about him playing with ​“girls” toys, though.

His fascination with figurines extended as far as sculptures – he was hypnotised by the physicality of 3D objects that look like people. Mum and dad even whisked him off to Greece to check out the armless, bubble-buttocked sculptures a few times too, the lucky so-and-so.

This was the groundwork for the 22-year-old’s current day job as a bloody good sculpturist. Working with clay from his flat in Glasgow, Harper has set up an impressive business flogging sculptures of Black men and women – lying on the beach, pregnant, dressed as Catwoman, stretch-marked, cleanly shaven, glittering – in a style reminiscent of American painter Ernie Barnes’s highly expressive, elongated scenes, and with an attention to the body as surreal as a Robert Mapplethorpe photograph.

“My work is about celebrating Black bodies,” Harper says. ​“I’m mixed, and I always say that I get my skills and talent from my dad, and my influence and inspiration from my mum.” 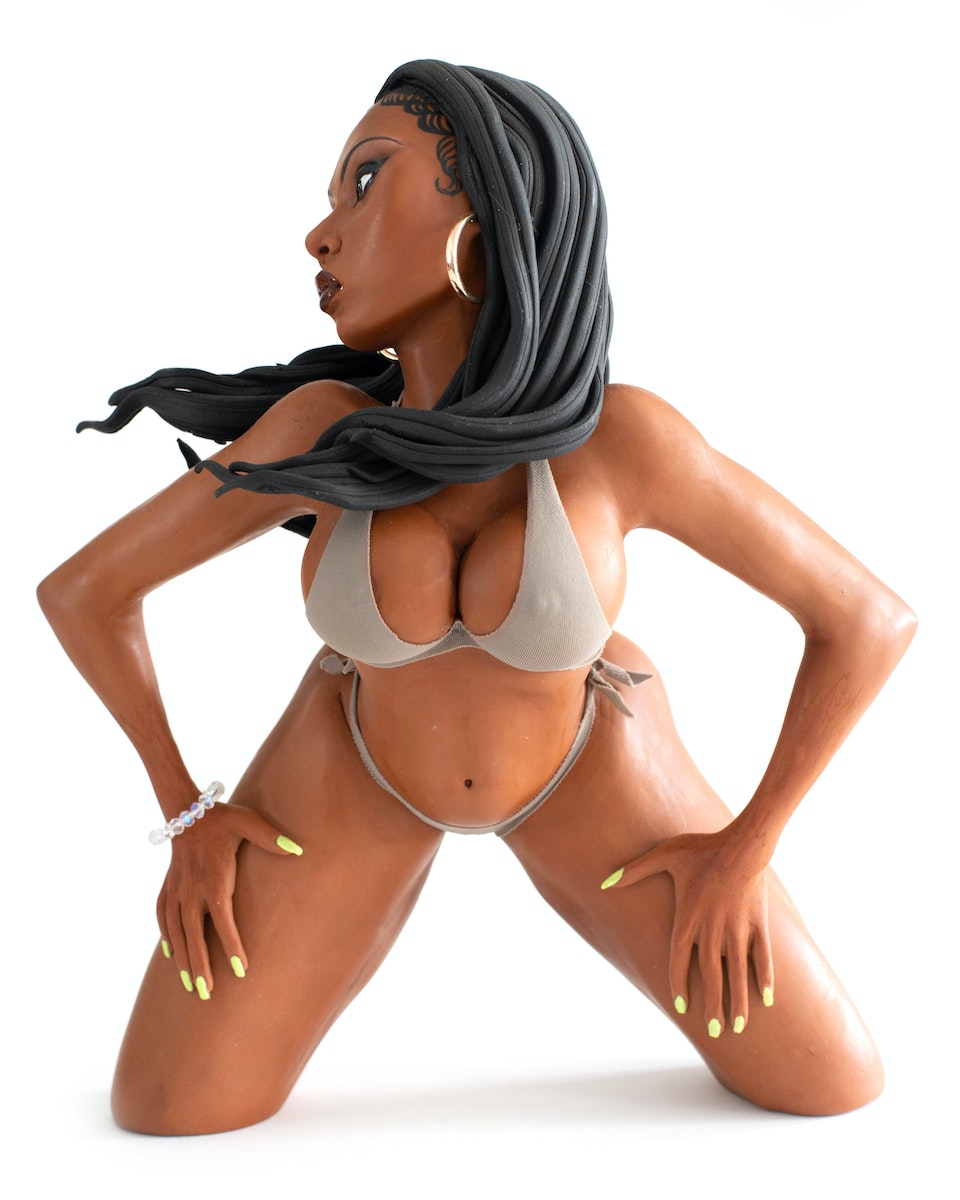 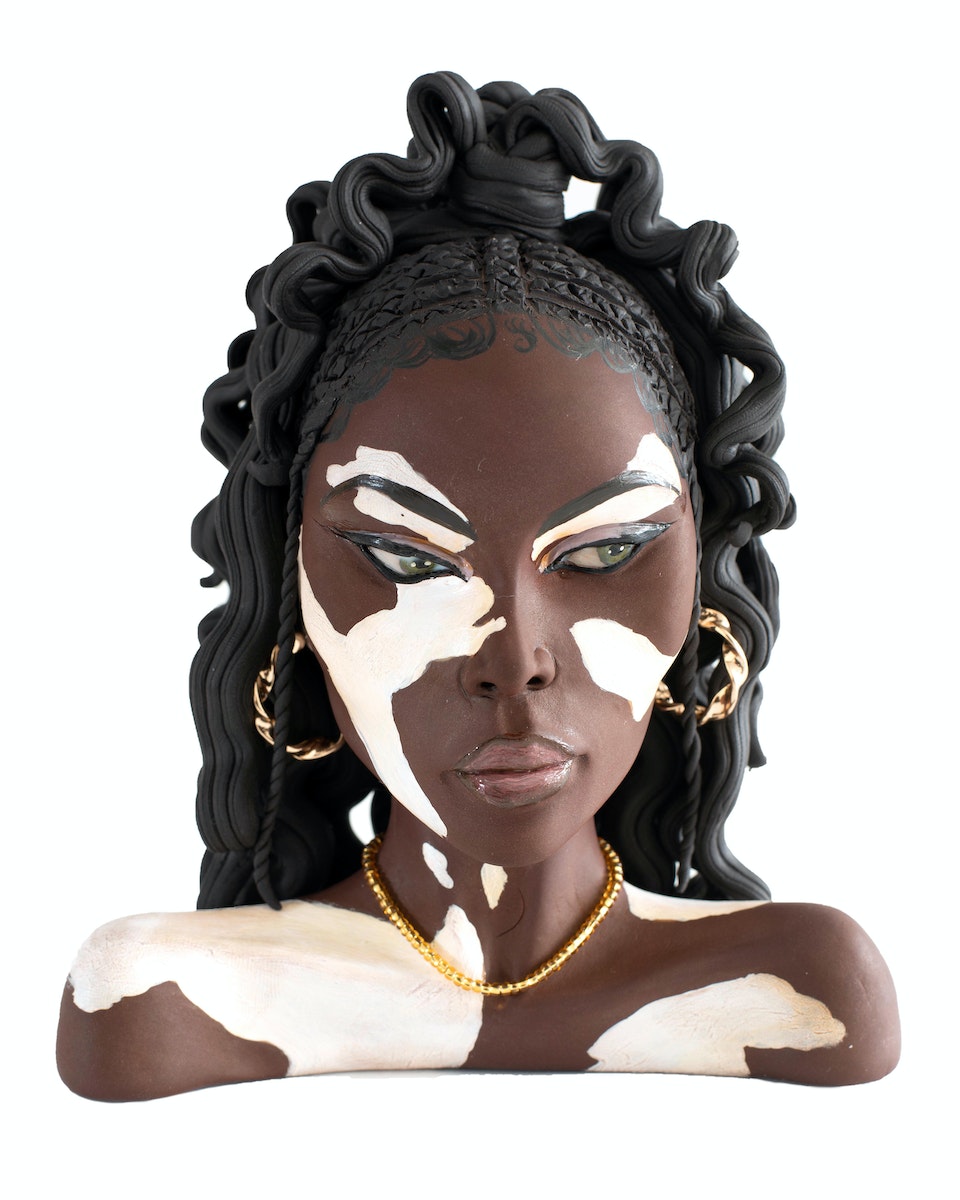 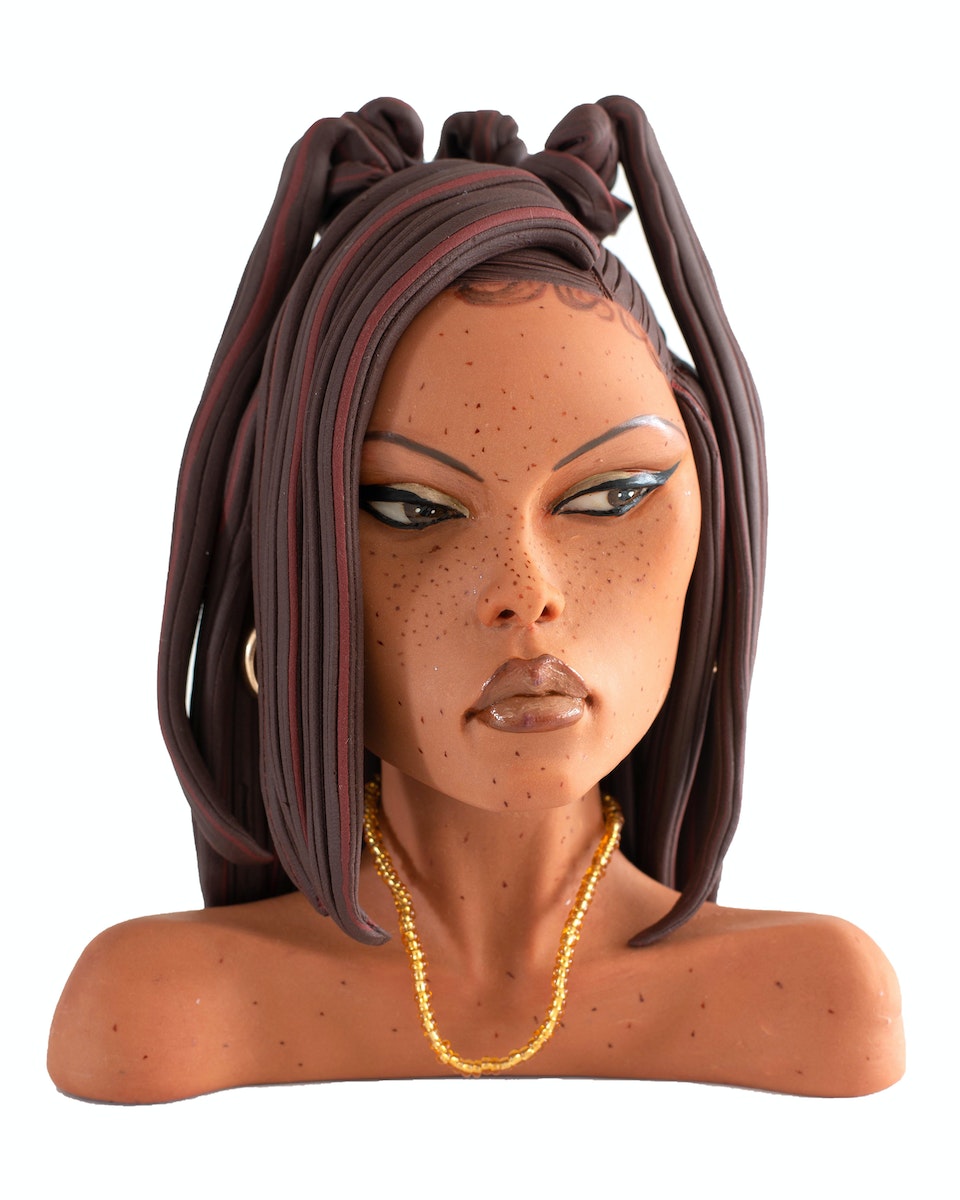 Born Paul James Harper, the artist was named after his late grandfather: sometime actor and two-time Mr Universe Paul Wynter. Throughout his career as a bodybuilder in the 1960s, Gramps was often admired for having one of the most symmetrical bodies on the planet – a bit of trivia Harper connects back to his obsession with the human form. ​“When you start connecting the dots it all starts making sense. Body culture has always been an influence on my work,” he says.

Harvey recently dropped out of Glasgow School of Art, where he was studying fine art sculpture and was in his third year. He hated it, and cites the white-washed curriculum and armies of arrogant ​“poshos” as his reason for leaving – they were so far removed from the ​“real issues” Harper explores in his work and faces in everyday life.

Being a mixed-race man – Black on his mum’s side, white on his dad’s – Harper is hell-bent on addressing issues of race, gender and class through his sculptures. He’s faced misconceptions all his life, after all.

“I’ve had a few people stop and ask, ​‘What are you?’” Harper says with a sigh. ​“I used to grow my hair and comb it out to a big afro, and I’d get chased down the street by people trying to touch my hair.”

Harper gets a bit nervous when we discuss the future – he hasn’t thought about it much. Rather modestly, he says he doesn’t have many big plans, and wants to see ​“how things go”. Given the growth of his art, and the rate at which customers are snapping it up (they retail at between £250 and £800 and most are sold within a matter of days), it seems he’s on the right track.

He is still only 22, mind. For now, PJ Harper is content with chilling at home, making his sculptures, keeping fit, and binge-watching that new American drama with Reese Witherspoon and Kerry Washington.