The Swiss photographer, who began working in the 1970s, is often credited as the godfather of the unfiltered style subsequently employed by a whole generation of gay image-makers, including Wolfgang Tillmans and Ryan McGinley. But when he got started, he was making the work purely for himself. ​“I had to do it just for me, because I liked it. We had a good time and that was always the goal, not the career,” he tells me over Zoom from New York. ​“I was an amateur. No lab took me. I had to go to the cheapest department store and that was it… Certainly, they discovered me, but that came a lot later. I did it for my friends.” At first, he had so little money for printing the portraits he took of friends and lovers that when he wanted to put on a show, he bought a projector to blow up their faces to giant proportions on the wall.

Pfeiffer, who is now 76, is in New York for the opening of his first full-scale American retrospective at the Swiss Institute. The show is largely composed of previously-unseen photographic work, alongside Pfeiffer’s drawings, scrapbooks and movies. He is joined on the call by Daniel Merritt, curator and head of residences at the Swiss Institute. ​“It was really collaborative in the sense that we encountered these boxes of photos that had never been showcased in a book or in an exhibition,” Merritt explains. ​“There were a lot of new prints of things from the early ​‘70s, things that were recalled through this process of diving into the archive.” 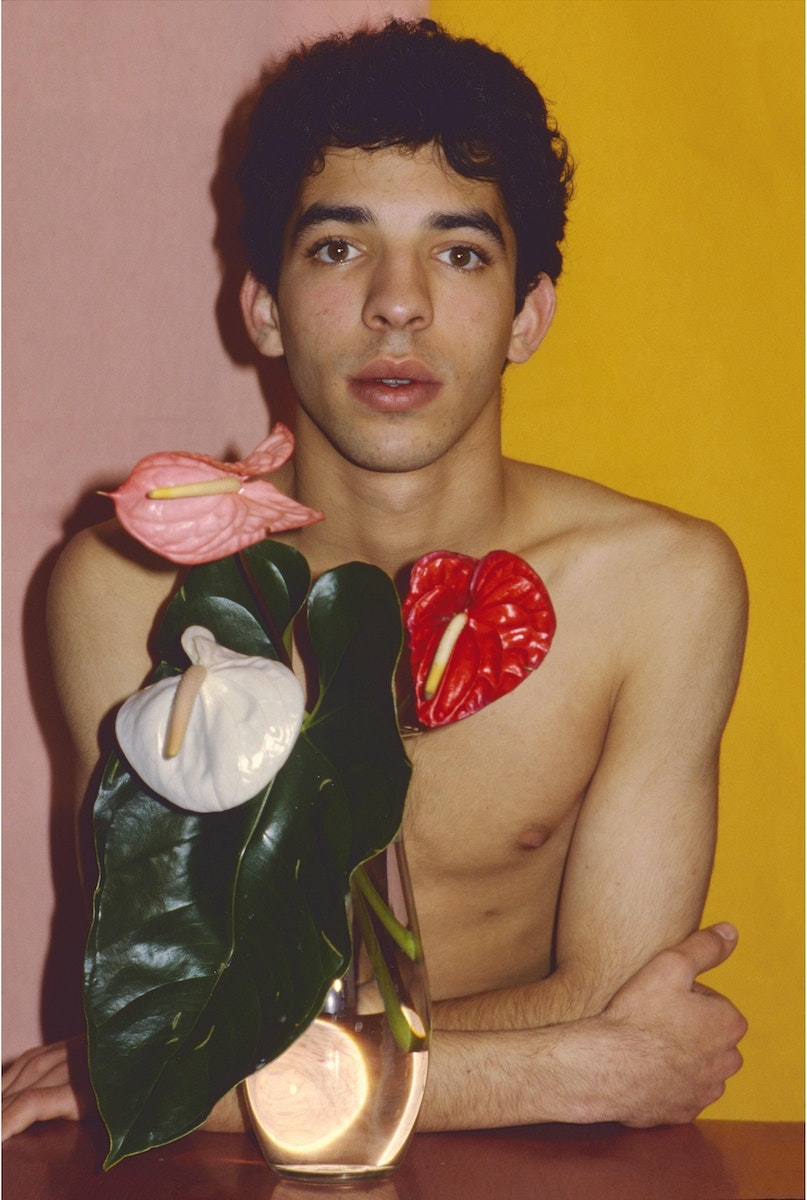 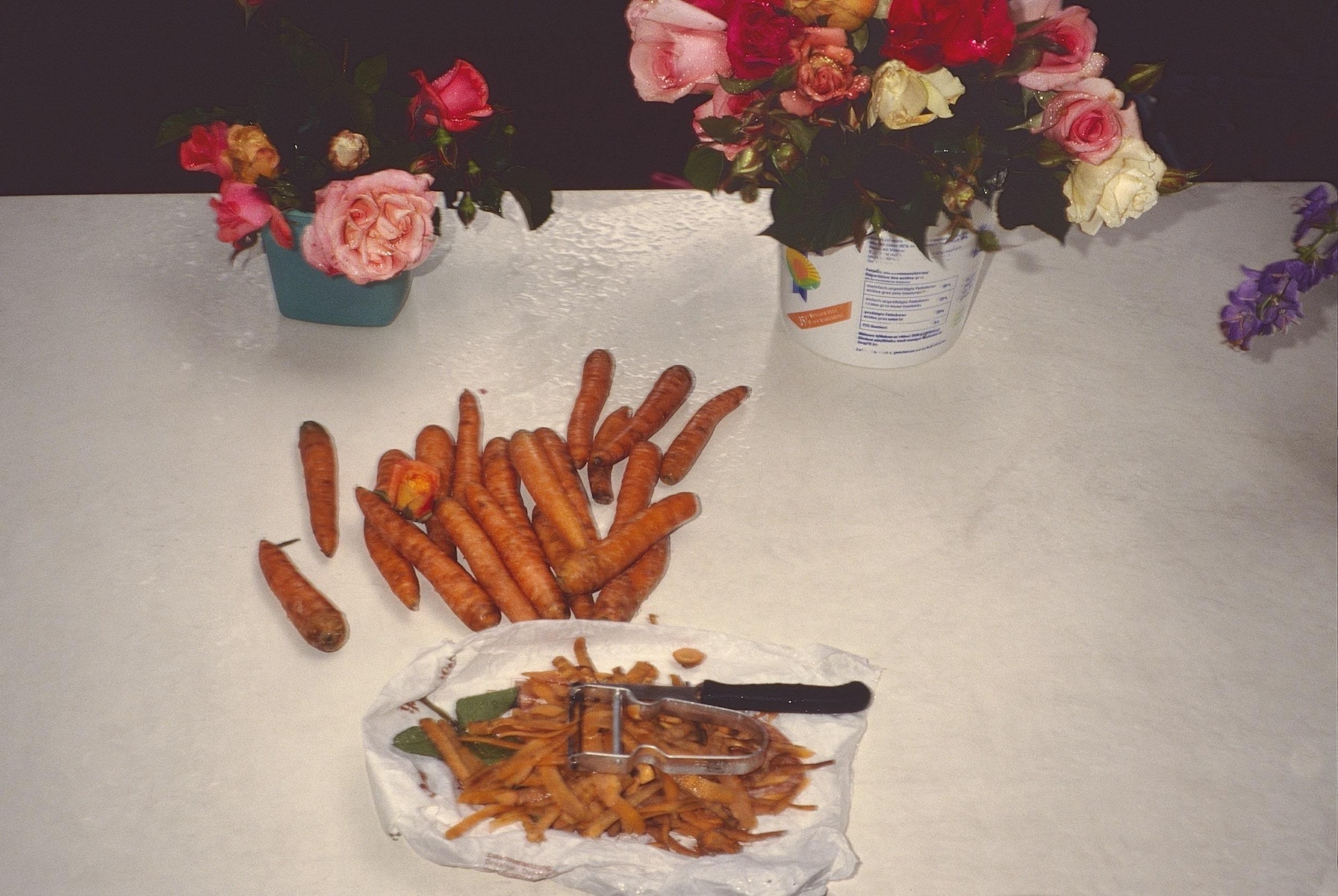 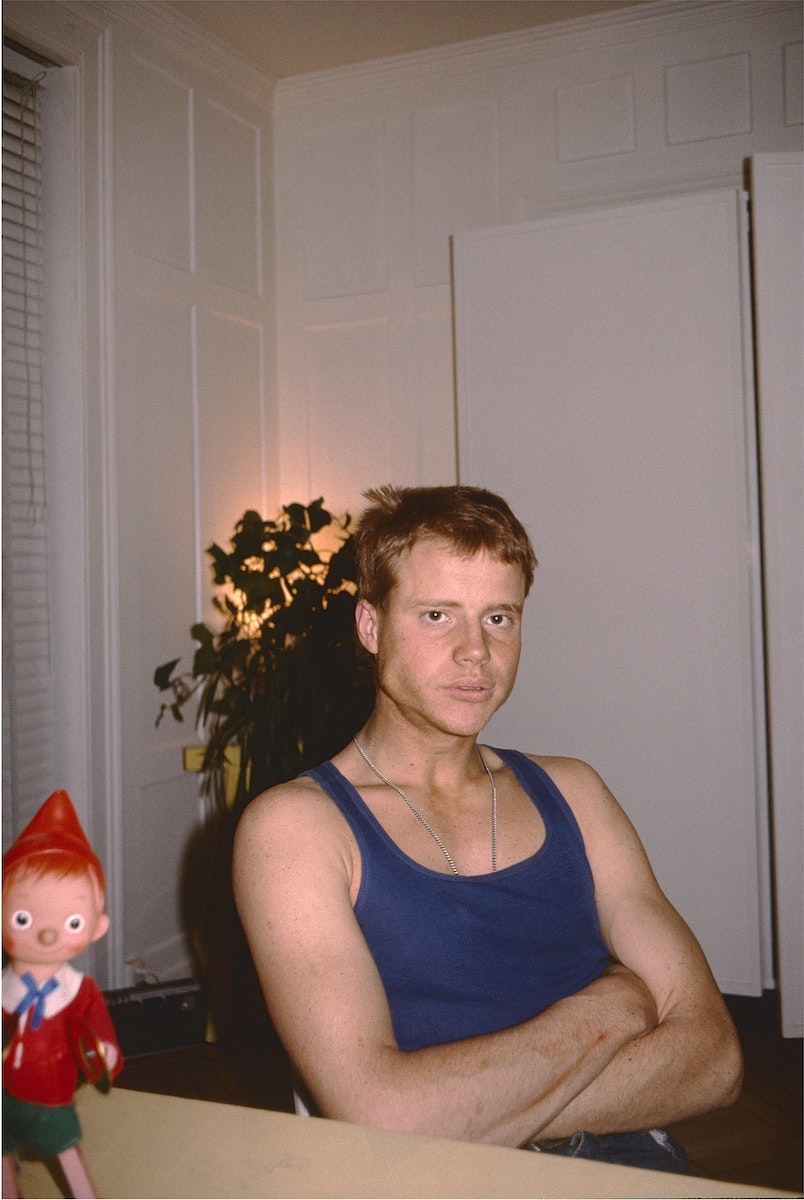 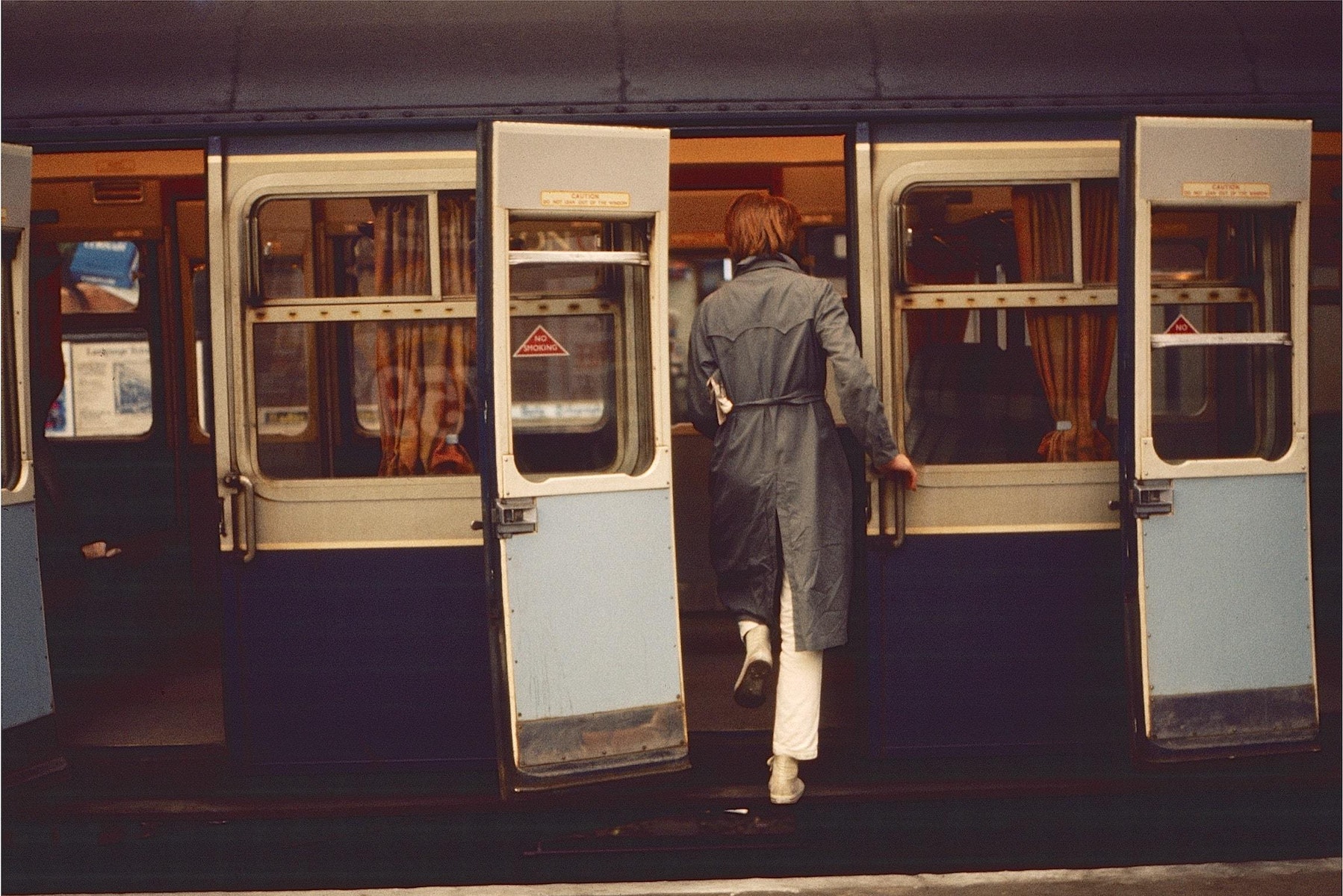 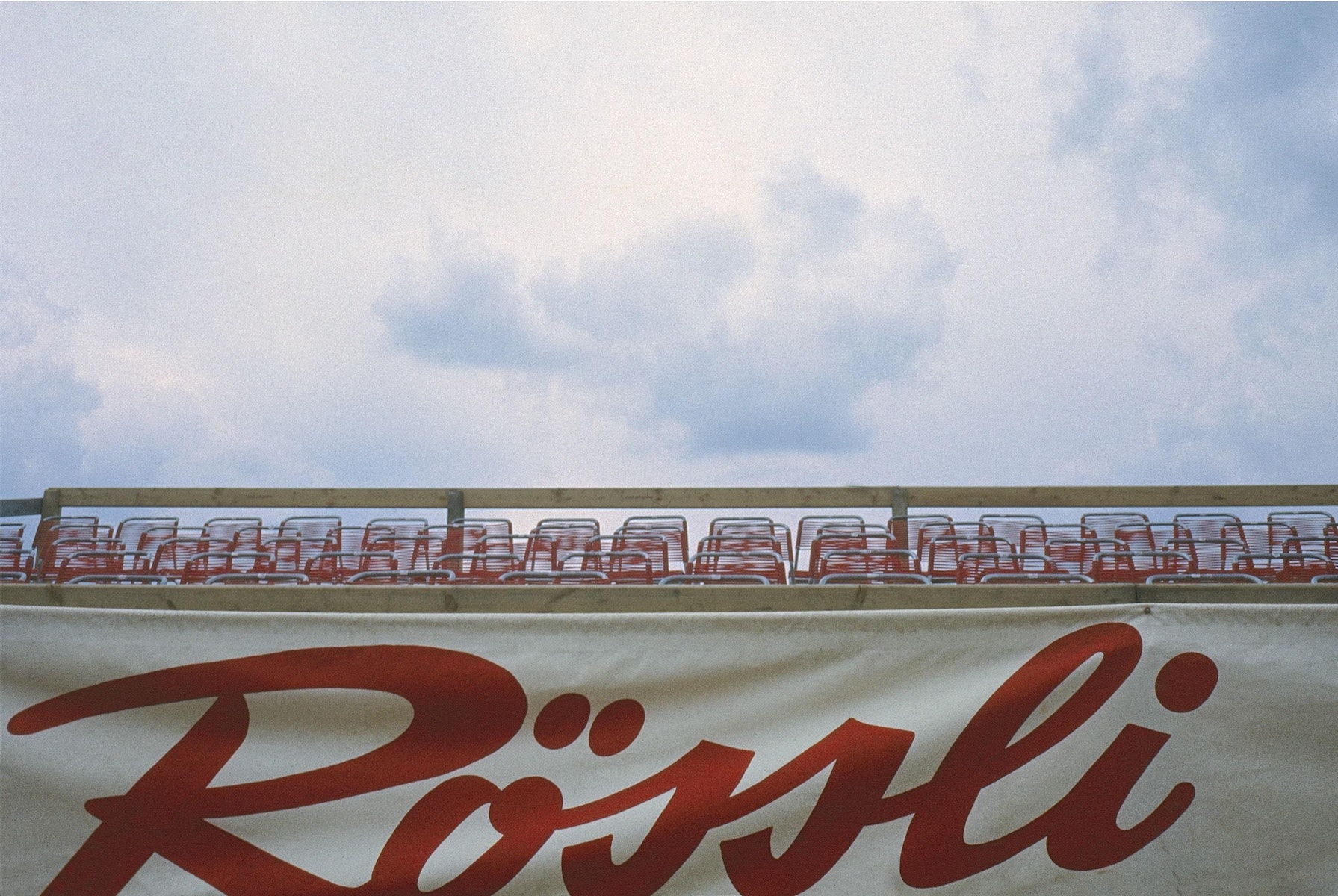 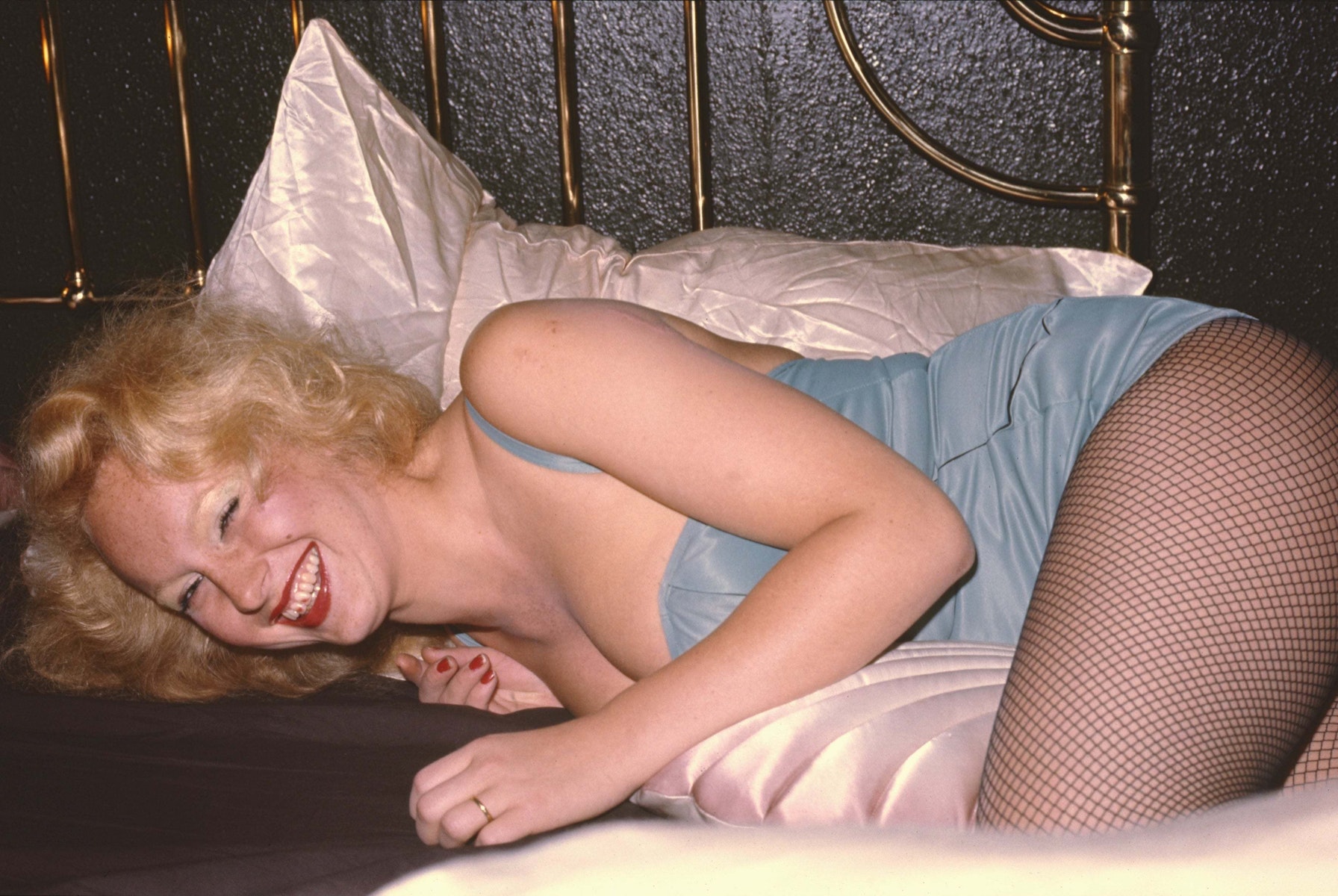 If anything, Pfeiffer’s career is testament to the power of rediscovery. Fifty years ago, the photographer became a key part of Zurich’s countercultural community. He appeared in landmark exhibitions, including Jean-Christophe Ammann’s Transformer: Aspects of Travesty at the Kuntsmuseum Luzern in 1974. This show – a playful examination of gender identity and self-fashioning that featured works by Luciano Castelli and Urs Luthi, and texts by and about figures such as David Bowie, Mick Jagger and Brian Eno – was daring in its celebration of ambiguous sexual expression. Pfeiffer’s contribution was a series of portraits of Carlo Joh: a young muse who he photographed over a number of months as Joh fluctuated in appearance between femininity and androgyny, with the help of Pfeiffer’s friend, who assisted with makeup. Joh, who ​“grew thinner and thinner” over the course of their work together, died unexpectedly after the project finished, aged only eighteen.

Those prints are on show here for the first time since their original display. However, in the decades after they were taken, Pfeiffer moved to other forms, concentrating for long periods of time on painting and teaching (a restless creative, during his career he has also had stints as a graphic designer, commercial illustrator, department store window shop dresser and playwright). It was only in 2001, with the publication of Welcome Aboard! Photographs 1980 – 2000, that his photography received significant mainstream attention. In addition to the publications and exhibitions that followed, Pfeiffer was also courted by the fashion world. Magazines like Vogue came knocking, as did Hermès, Pringle of Scotland and A.P.C.

These days, Pfeiffer is remarkably self-deprecating about his career, explaining that although he’s learned to work with models, he tends to keep his shooting short and sharp in a commercial context to maintain spontaneity. This stands in contrast with his more personal work, which is borne out of a slower, richer intimacy. ​“If I work with people, I love to have a longer time scale because maybe the first time there are ​‘eeugh’” – he mimes nervousness – ​“but it gets better and better.” Aptly for a photographer so interested in physicality, Pfeiffer speaks not only in words but in gestures – his face as expressive as his voice. 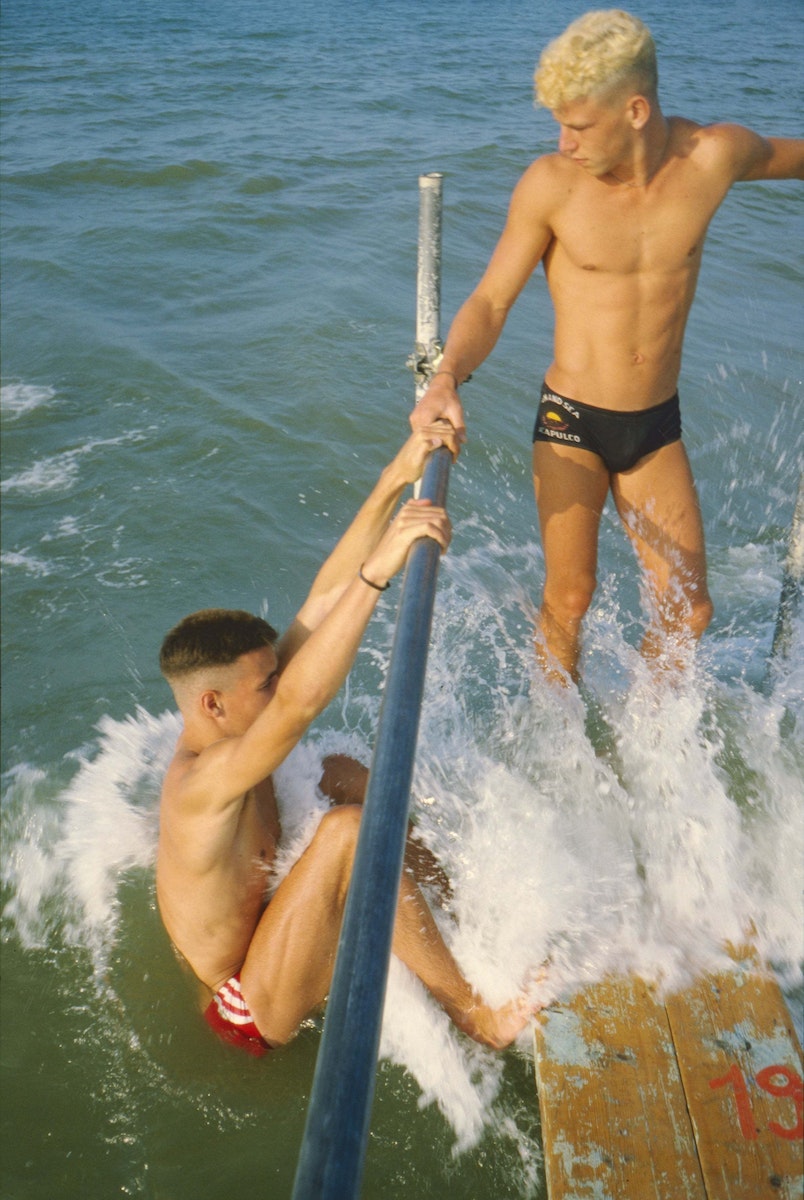 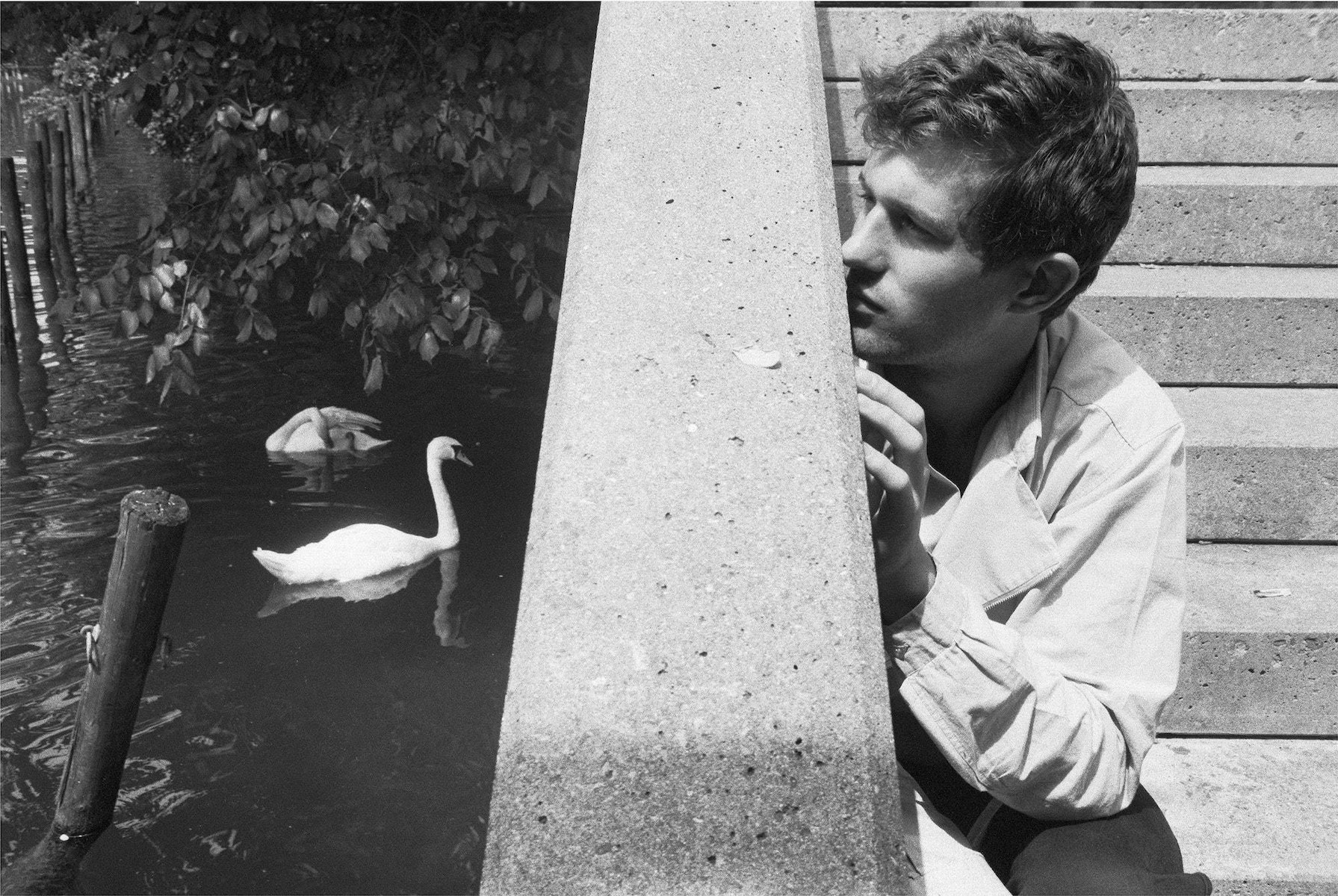 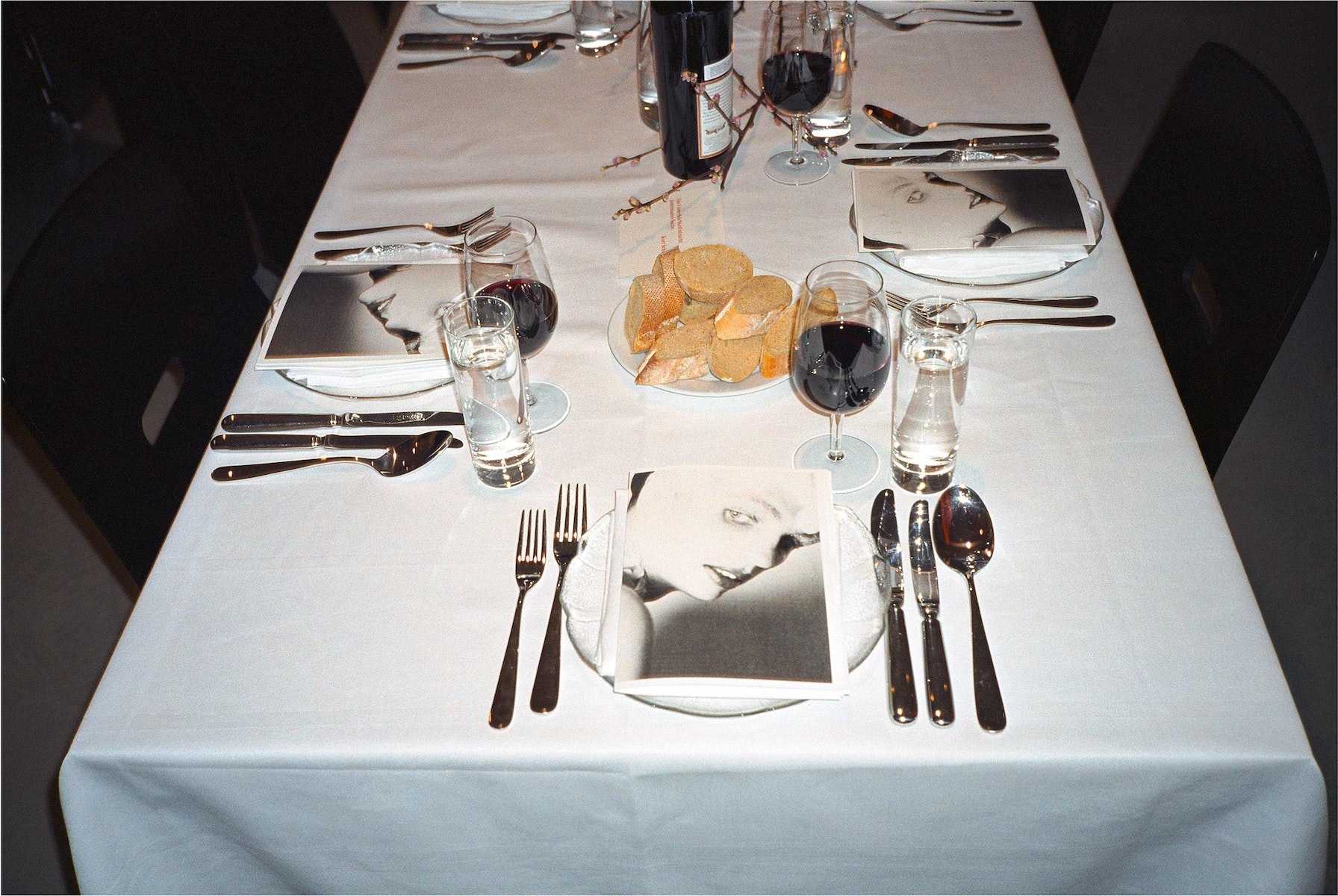 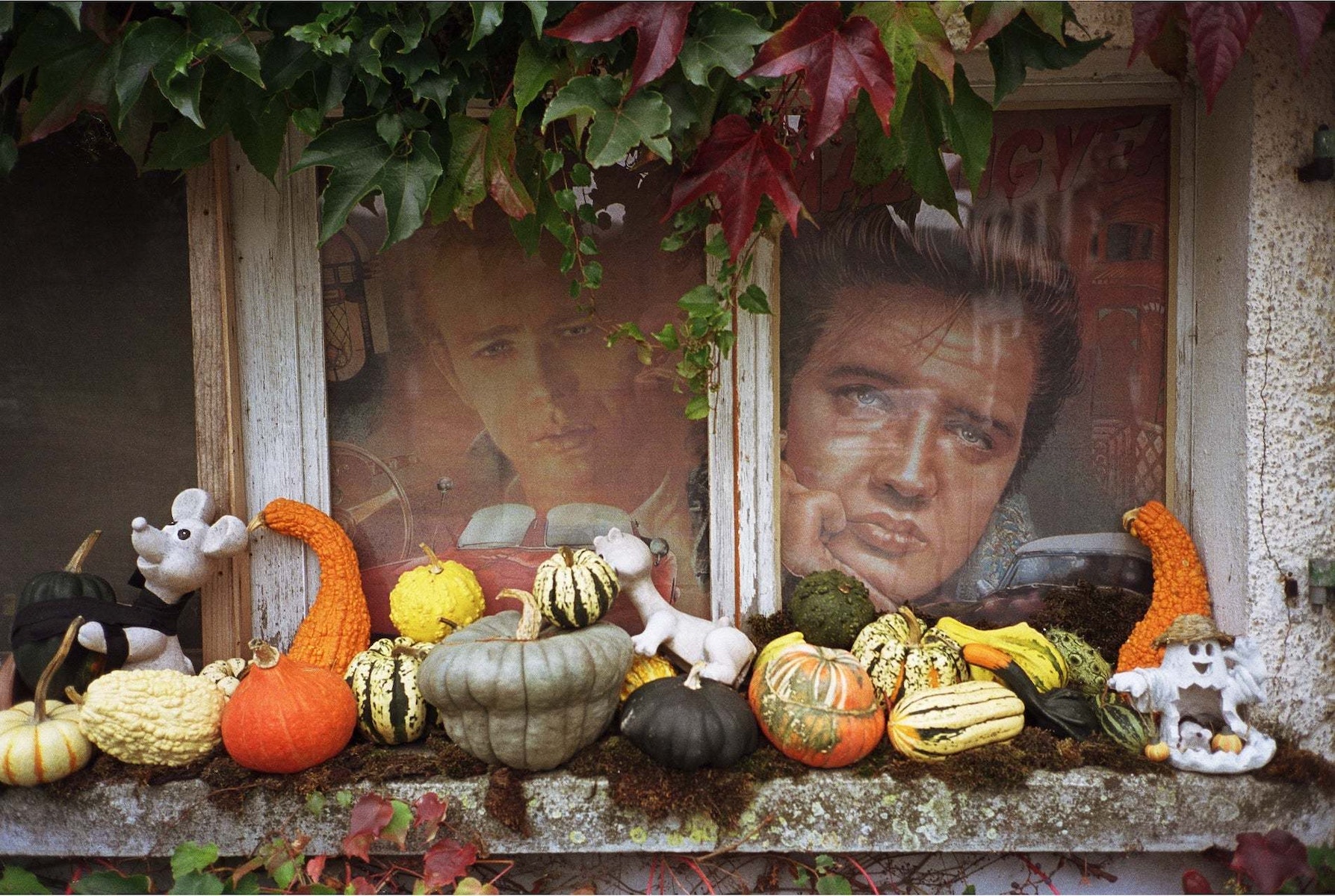 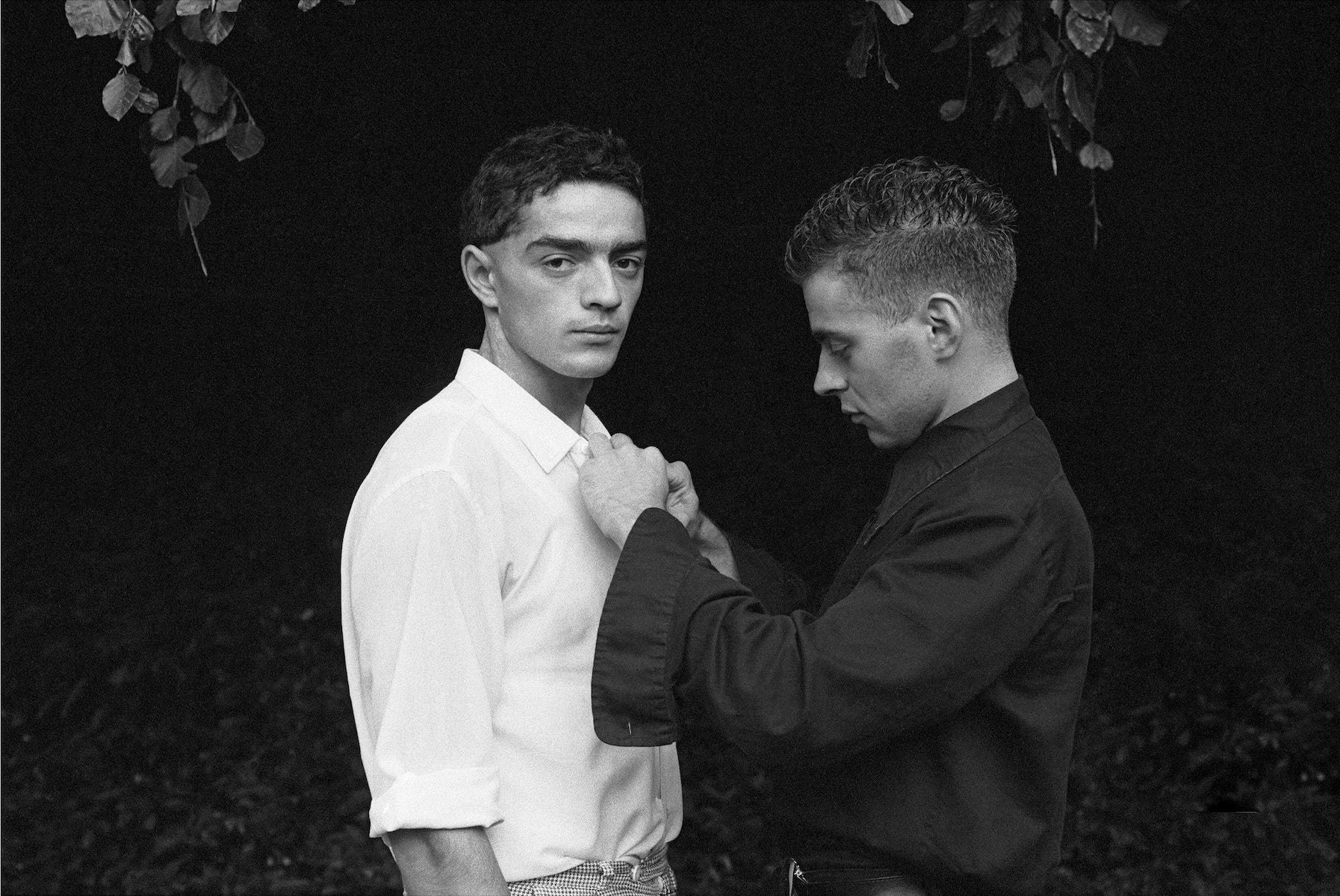 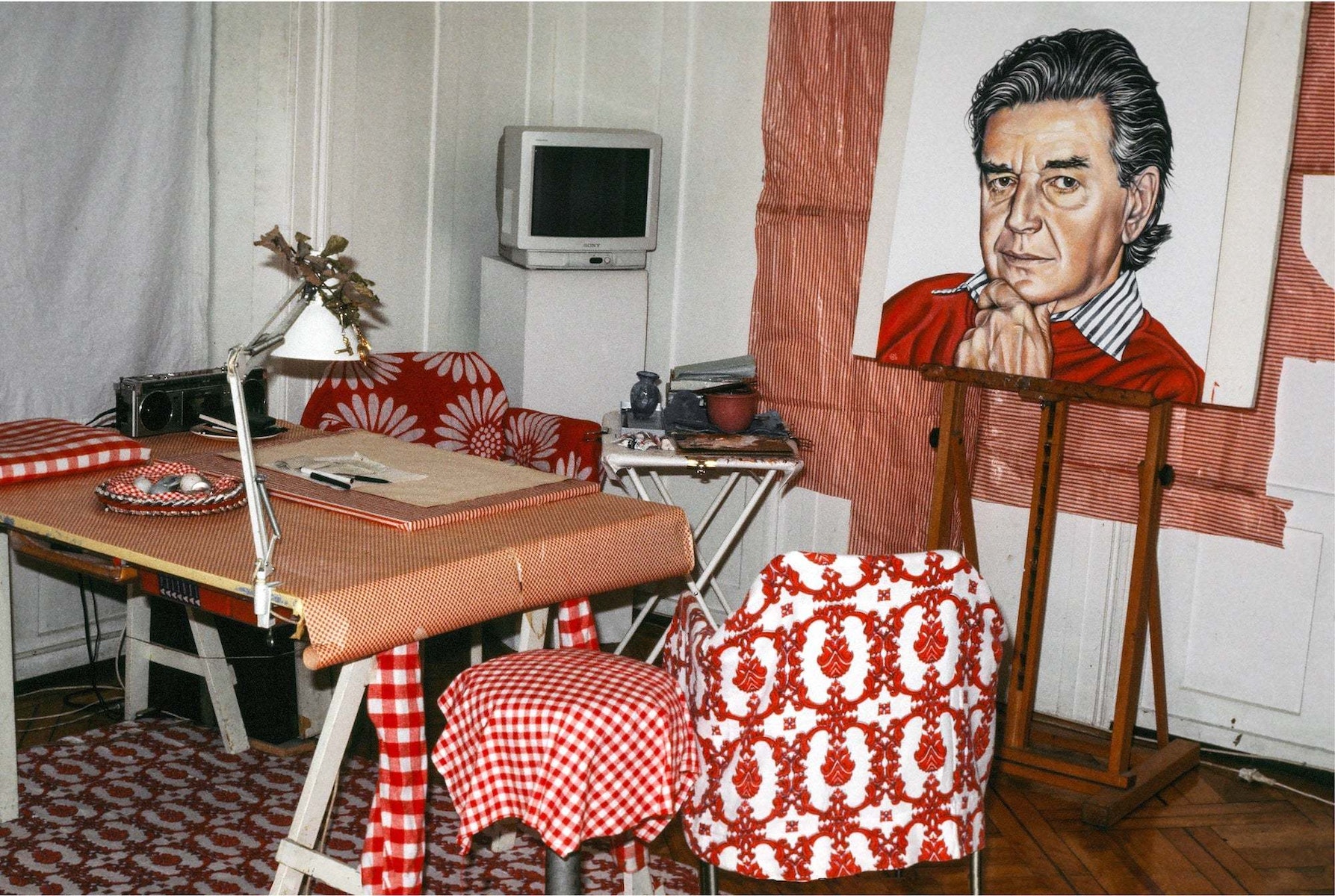 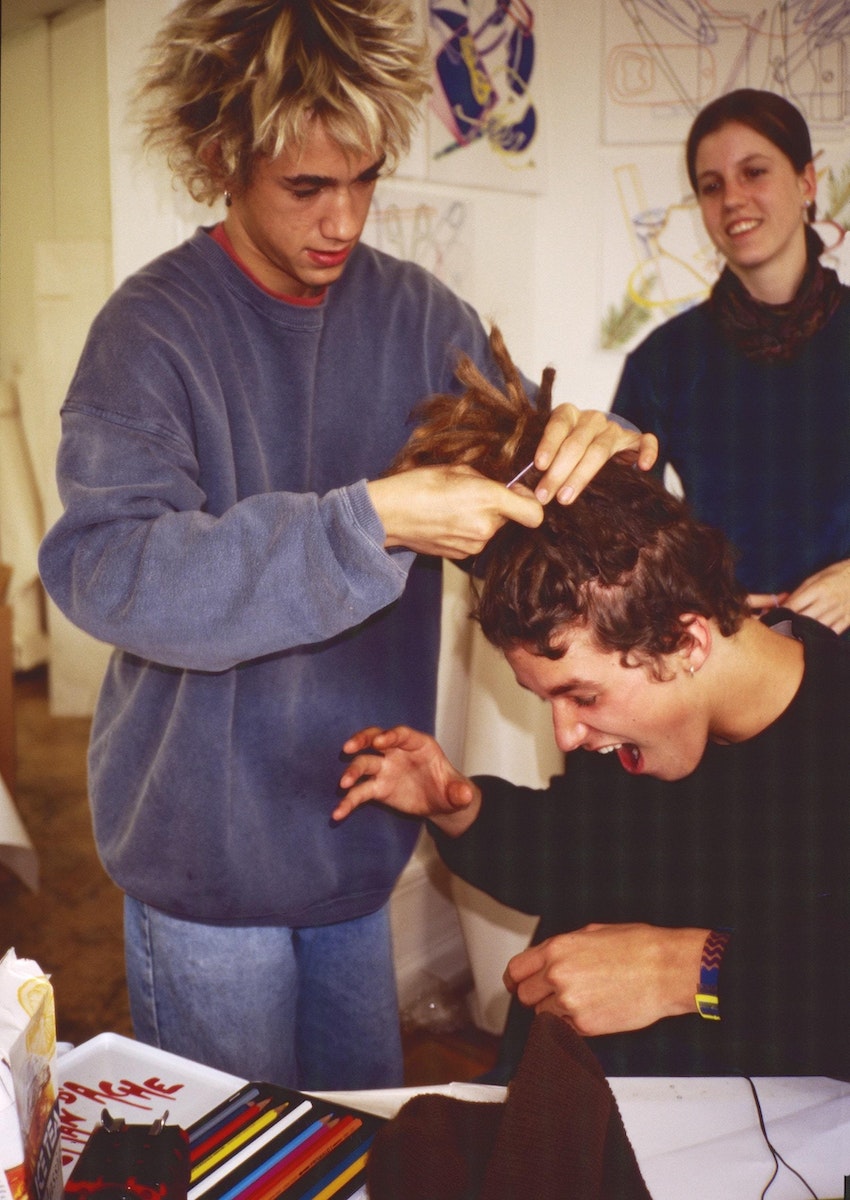 Pfeiffer’s work has always suggested a unique balance between theatricality and frankness. For a period of time in the ​‘70s, he would invite friends to the lake-side villa he was renting in Zurich for parties where he was the resident photographer. He is most interested, he says, in ​“self-made glamour”, an interest that stems from his fascination with old Hollywood, ​“where the stars look so good in the movies and in the newspapers, in the fan magazines. That’s what I wanted to achieve.”

But this doesn’t necessarily require a costume or a character. Often, the glamour in his photos is quieter. It comes in a boy posed with luridly coloured anthuriums, a woman laughing on a bed with lipstick on her teeth. There is something very real in them, a note, often, of revelation or frisson. He takes pleasure in surprising people, in making them stop and look.

How does Pfeiffer feel about being labelled as a cult photographer? He is equally sanguine. ​“You know, I think somebody invented it because he was bored, to write something,” he answers, smiling. ​“I don’t feel anything. For me, it’s [about] going forward. Back is nice, but not in a sentimental way, [like] ​‘ooh, those days were wonderful.’ I have to go on.”

Now the exhibition has come together, it’s time to go on again. Pfeiffer is vocal about his appreciation for his collaborators who enable this momentum: the people he has photographed, the printers he sits with to help him edit photos, the good friends who advise him on image selections, the curators who take his photos and paintings and arrange them in unexpected ways. To him, this is what matters most – the making, the putting together, the constant translation of idea into action.

“That’s another thing I [used to say] to my students: don’t take it too seriously. It’s nice to hear compliments, but at the end you are alone and you do your work.” He also has plans for a new book. A personal one. ​“I always live like this,” he explains, that restless creative spirit still very much present. ​“I had so many people around me who died, really good ones. But I want to survive as long as I can.”