Video games have become very good at making people killable. The creators of today’s blockbuster action games, especially, are practised at designing enemies who are human enough to be challenging adversaries, but not human enough to sympathise with.

Sometimes it’s all about first impressions: a common gambit in the likes of Call of Duty is to show you soldiers executing a civilian, so that you feel justified in eviscerating hundreds of their comrades. Dress sense also counts for a lot: uniforms and masks make opponents harder to perceive as individuals, as do slangy, animalistic faction labels like ​“Hyena” in the aptly titled Division games.

These dehumanising strategies are not, of course, unique to video games. They’re tactics countless demagogues and propagandists have deployed, from World War recruitment posters to Donald Trump’s attempts to portray ​“Antifa” as an organised terrorist movement.

Trump’s latest brainfart has a contemporary video game parallel: in Naughty Dog’s post-apocalyptic survival tale The Last of Us: Part 2, there’s a civilian militia that began life as a group of anti-fascist activists. They’re called the Washington Liberation Front or WLF, but their opponents (your character included) call them ​“Wolves”. Over 30 or 40 hours of play, you will shoot and stab dozens of these men and women while wandering a ruined Seattle whose forgotten chambers brim with fungal monsters.

The Wolves are easy to see as interchangeable, at first. They share behaviours with generic guards in other games. While unaware of you they’ll patrol the game’s gorgeous, overgrown environments, investigating disturbances in a predictable, robotic fashion you soon learn to exploit. In firefights, they take cover, rush in and flank you much like enemies in Gears of War. Hold a button to activate ​“Listen Mode” and your adversaries are reduced to swirling white silhouettes, like holograms in some augmented reality game. But the Wolves also have names, faces, friends and loved ones. Shadow a pair of them and you might overhear gossip about their sex lives. Shoot one in the head, and the other may cry out to them in anguish.

It’s your first clue that while The Last of Us: Part 2 needs its dehumanising labels in order to exist as an action game, it also wants you to think critically about the process of dehumanisation. This is facilitated by an overarching story about how grief and recrimination may blind us to one another’s personhood, and ultimately destroy us. It’s hard to go into detail about the plot, thanks to publisher Sony’s embargo restrictions, but suffice to say that you’ll spend much of the game in the shoes of Ellie, a wiry young survivor who is hunting the killer of a loved one.

We follow her from mountainous smalltown America into the heart of Seattle, scrounging bullets and bandages from the sporing wreckage of long-deserted residences, and overcoming a variety of human and nonhuman hazards. There are brighter moments: when not hitting people with pipes or cobbling together Molotov cocktails, Ellie likes to play guitar – a beautiful mini-game that speaks to Naughty Dog’s toxic culture of perfectionist overwork – and doodle in her notebook. There are also sprawling, playable flashbacks to happier times that flesh out relationships in the present. But the journey is, by and large, a descent. As she nears her quarry, Ellie transforms in our hands from a bitter yet likeable soul into an unrelenting killer.

The Last of Us: Part 2 is far from the first blockbuster game to unpack the dynamics of violent retribution. Sony’s recent God of War reboot is a creature of this trend, as is Ubisoft’s Far Cry 4. Naughty Dog’s game fares better than either, however, because it doesn’t limit its investigation to hands-off story interludes. You feel it as you play.

There is a rare sense here that killing actually means something, rather than being just a button you push to advance the simulation. Big budget games often deal in photorealism for its own sake, but in The Last of Us: Part 2, the grubby hi-fi aesthetic is more than set dressing – it gives the devastation a moral heft. Every death is an atrocity. People shriek as they die and plead with Ellie when you hold them at knifepoint. Stealthy executions – the ​“restrained” approach – represent the game at its most grotesque, as mouths foam with blood and hands flap at encircling arms. Spin the camera around, and you can watch the fury and agony rippling across the faces of murderer and victim.

Ellie herself isn’t unmoved by the carnage, like the protagonists of older shooters. Her breath hisses through clenched teeth as she ducks under bullets. She roars and curses the fallen in a way the likes of Uncharted​’s chipper dude-bro Nathan Drake would find alarming. Outside of conflict, she and her allies mull over their capacity for violence – how old they were when they first shed blood, and how many they’ve killed in a single encounter. Again, there’s a sense that violence exists in this world as more than a means of getting from A to B. This is quietly reinforced by the game’s ethos of scarcity. Playing on normal difficulty, you’ll often run out of ammo and supplies, and the need to hoard precious bullets underscores the ramifications of taking a life.

If The Last of Us 2​’s social commentary is unusual in the notoriously complacent ​“triple‑A” video game space, it has definite shortcomings. Speaking to Eurogamer this month, creative director Neil Druckmann called the game a study of ​“tribalism” in the modern world. As author John Patrick Leary writes, discussion of tribalism in US politics can be a distraction, ​“a way of talking about political differences without inquiring too deeply into either their content or their causes”. 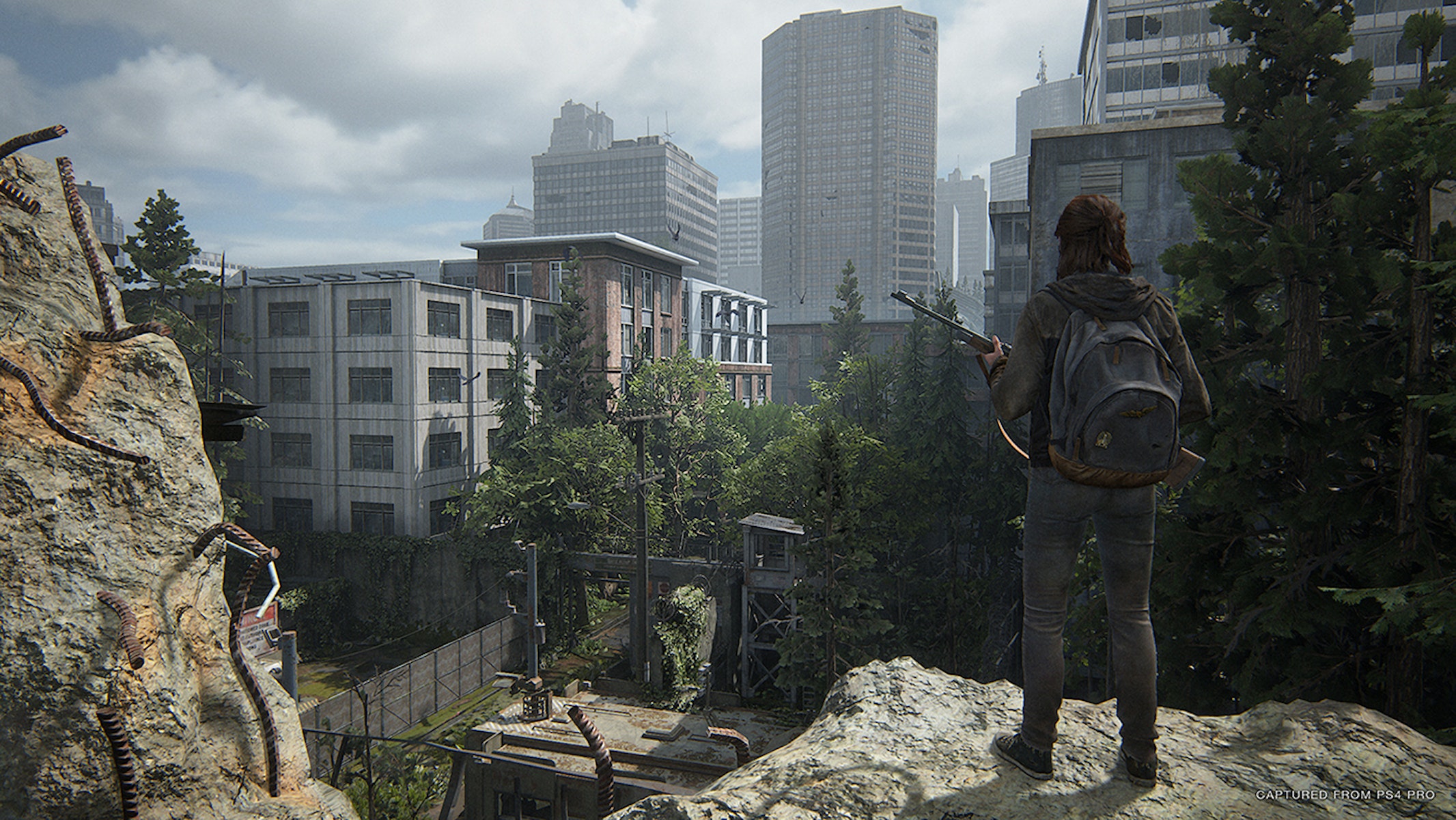 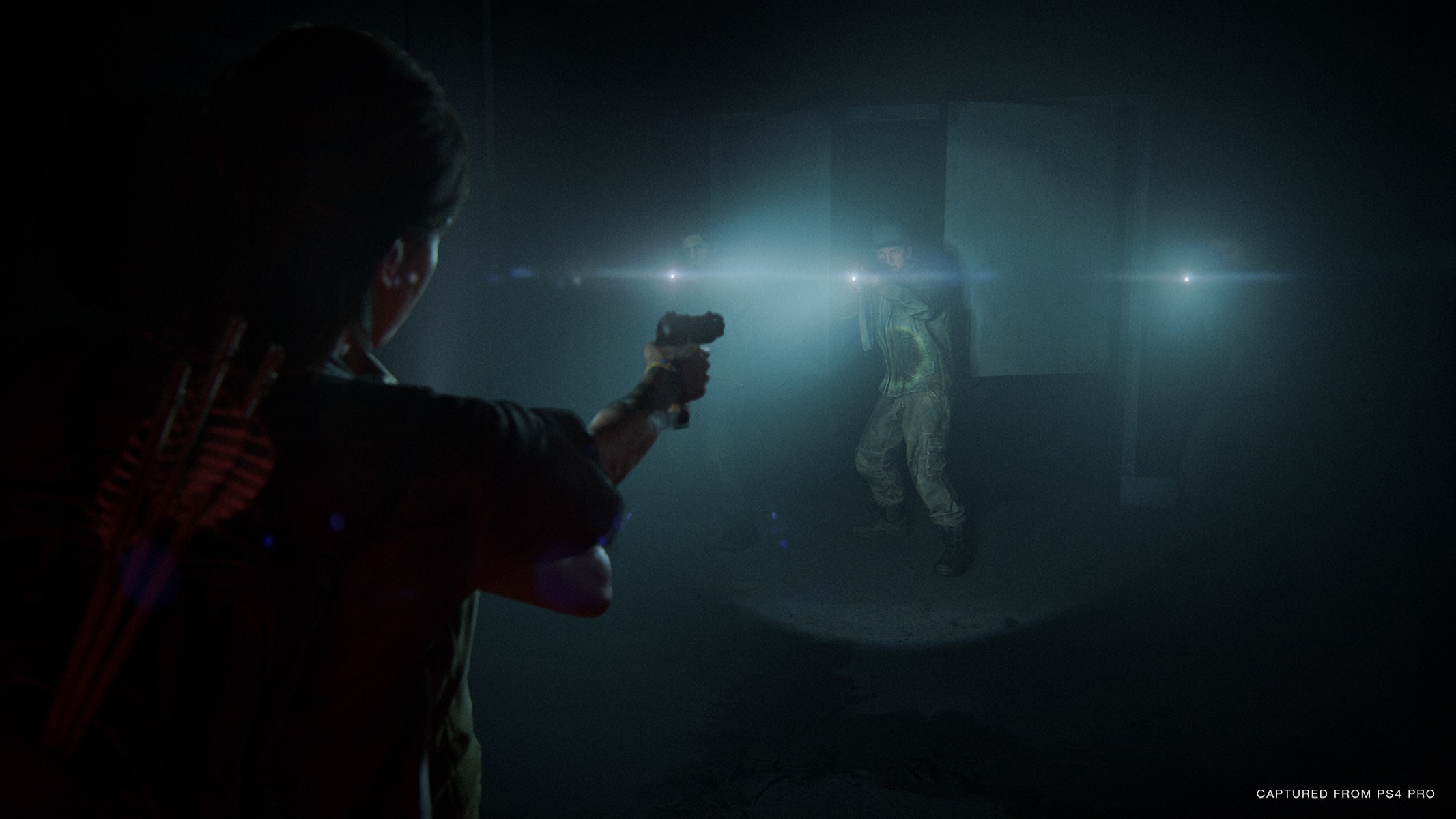 This process of abstraction – which of course disregards the colonial associations of ​“tribalism”– is reflected in how The Last of Us 2 declines to seriously examine what role race and racism might play in its fallen America. It deals, instead, in the familiar and safer post-apocalyptic social binary of technology versus religion. The cast is multi-ethnic but conspicuously white-led, and the game isn’t above stereotypes like that of the comically over-sexed Latino man. This is disappointing, given that The Last of Us 2 is remarkably strong as a work of gender and sexual inclusivity, giving centre-stage to women, gay and transgender characters while cishet men appear largely as sidekicks.

In a way, congratulating The Last of Us: Part 2 for the critical eye it turns on how we construct our enemies is damning it with faint praise. It’s depressing that an artform should be so in thrall to objectification and murder that sentiments like ​“violence begets violence” and ​“we’re all human” feel like radical interventions. And if Naughty Dog wants you to question the violence, it’s also unable to imagine alternatives. A slightly tacked-on later chapter pits you against another, thinly sketched faction who are badged as irredeemably villainous. It’s an opportunity to let your hair down and play with the weapons you’ve amassed in your crusade, without really worrying about who you’re up against.

The story concludes with an act of mutilation that is tethered to one of the game’s few non-violent activities. It’s a wonderfully bleak moment, the idea of violence consuming its wielder put across at the level of the game’s controls, but in the context of industry expectations for projects of this kind, it feels a bit empty. In the very likely event of a Last of Us: Part 3, the game will need enemies of one kind or another. They might not strut around in Nazi uniforms, but in the end, you will need to feel justified in killing them.