On a Thursday night in downtown New York, just off Bowery, a celebration of community and music was held in the dimly-lit basement of The Face Apartment. In collaboration with SoundCloud and their Artists To Watch initiative, we showcased four up-and-coming rappers to connect them with new fans and music lovers.

The vibe in The Face Apartment called back to Bowery’s storied musical legacy; with friends and strangers packed tightly in the intimate, rough ​‘n’ ready space. First up, Chicago’s rising star Ness Heads dazzled the crowd with her emotionally potent material, giving way to an electrifying performance from Tabby Wakes. The Brooklyn-born rapper, who has a gift for featherweight melodies, exuded youthful charisma as she ran through tunes from her Over Night EP, which dropped this year via Fool’s Gold.

Following Wakes, Jallal, an LA artist who counts Mos Def and Lupe Fiasco as mentors, raged out above the crowd with material that balances pop sensibilities with lyrical dexterity. The night closed out with East New York’s Jay Gwuapo. Hot off the release of his first project From Nothing, Pt. 1, the teenager performed emotionally intense, catchy street rap which you could compare to artists like Lil Durk and Roddy Ricch.

Ahead of their performances, The Face caught up with the artists at the Apartment to discuss their backgrounds, ambitions, and the way community has helped them in their journey so far. 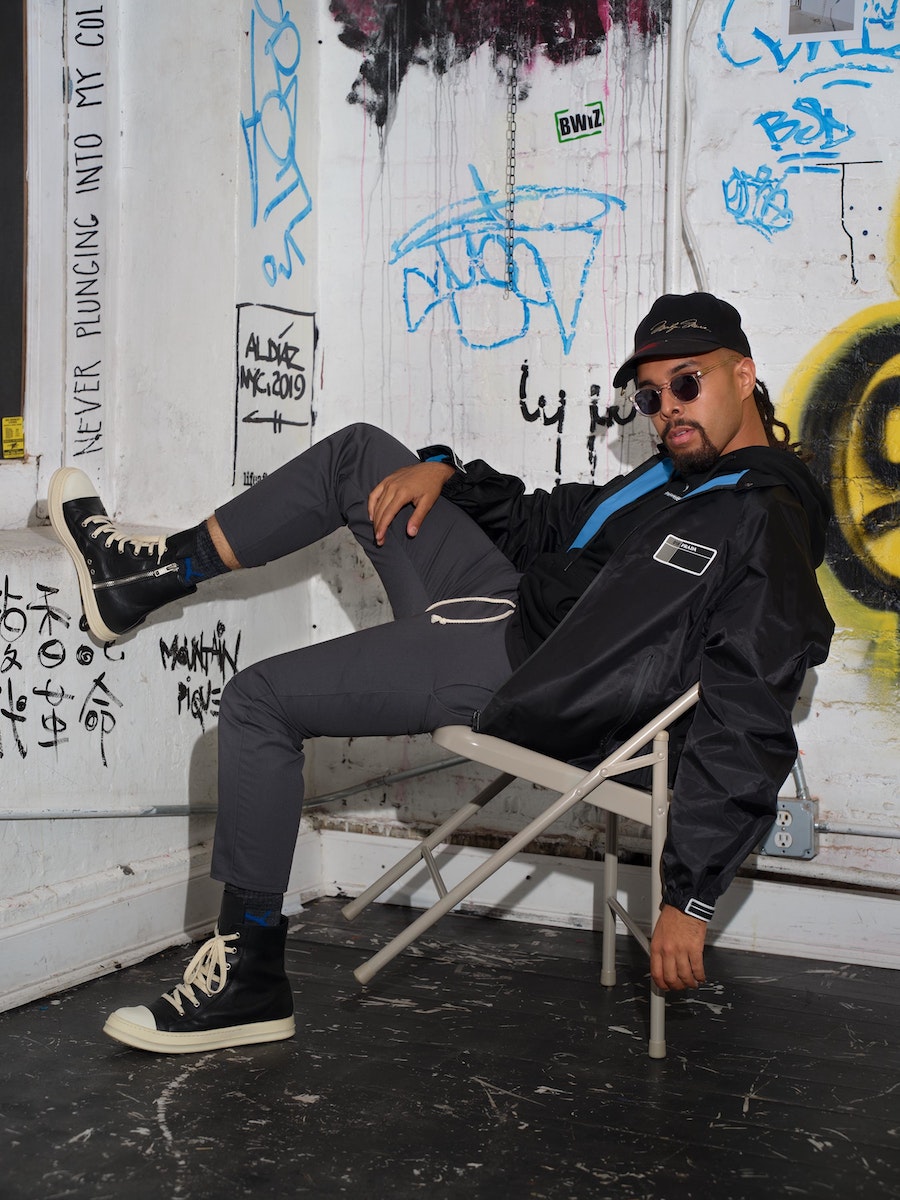 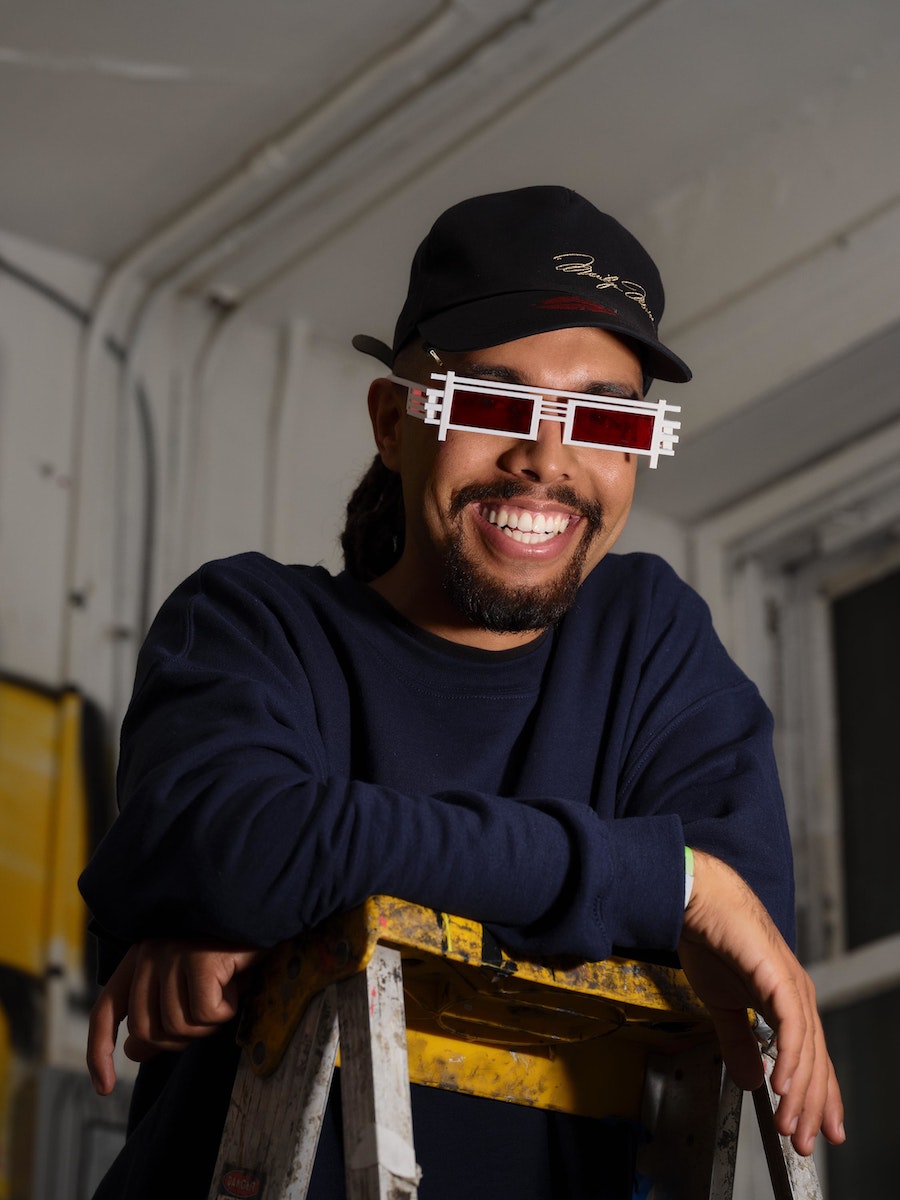 Jallal: What I see, overall, is people being empathetic to one another. That’s what I think as the first thing of ​‘community’. And actually being there for one another when things hit the fan. I think it’s all about collectivism at the end of the day. Being able to have this one unity with one another. An understanding of everybody: that’s the main thing about community.

Who are the people who’ve supported you the most so far?

Jallal: It would have to be the pioneers – Lupe Fiasco, he’s supported me. Mos Def for sure. He’s just one of the dudes who’s always been there from the jump, and through the creative process, and understanding who I am and where my music can go. He’s rarely wrong.

When did you first realise that music was what you wanted to pursue as a career?

Jallal: When I was 15, I was basically in this moment, performing in front of all of these people. I look behind me and Lupe Fiasco is just fist-bumping behind me and he was going in! And It was like, wow. This is an amazing time in my life and it was just the best time to be alive in that moment. So that said it all to me.

After the show, he was like ​“You remind me of me when I was 15. You should keep going.” Those words just stuck with me, and it was just like this is what I’ve got to do for life.

Jallal: I need absolute silence. Me and my own thoughts, and just thinking about what I want to give out. And just the environment of being in the studio with the people I’ve trusted – my friends who’ve grown up with. 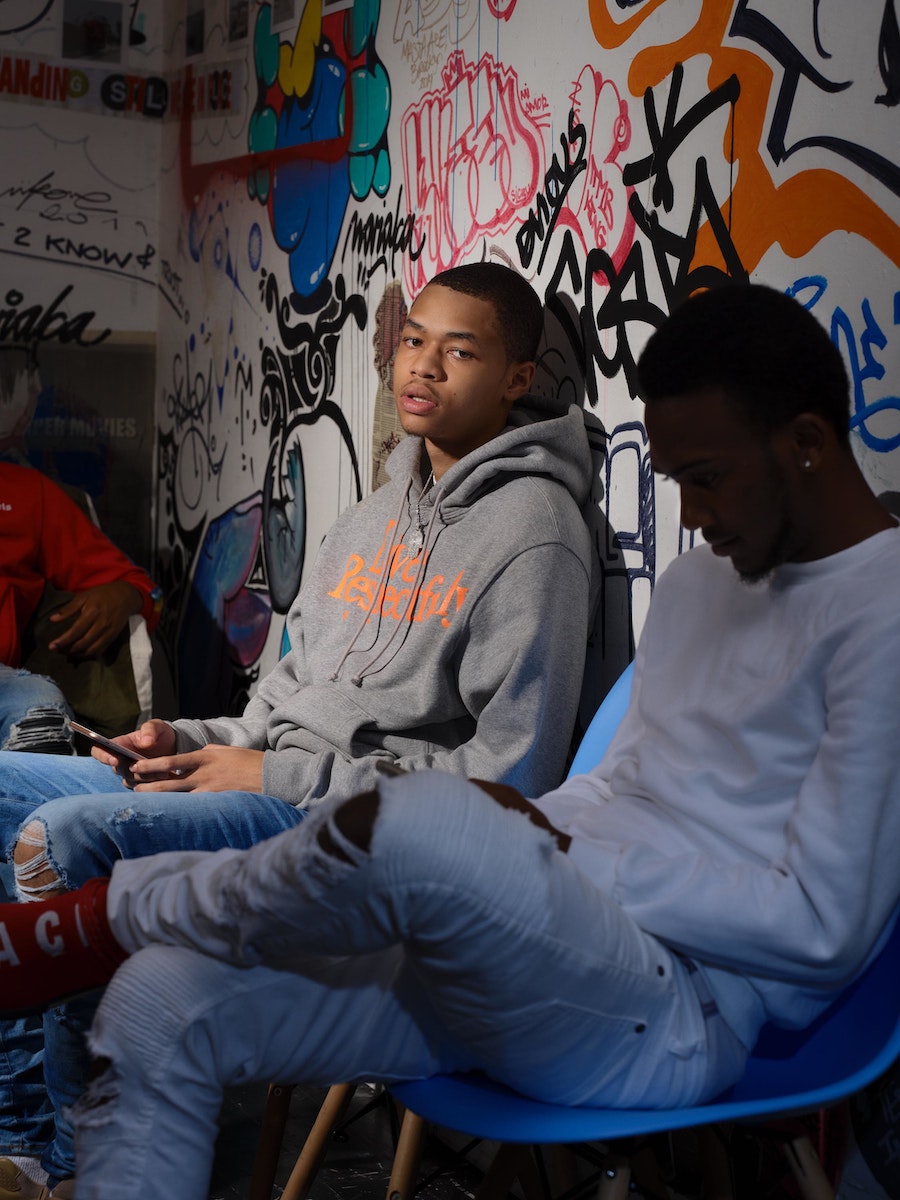 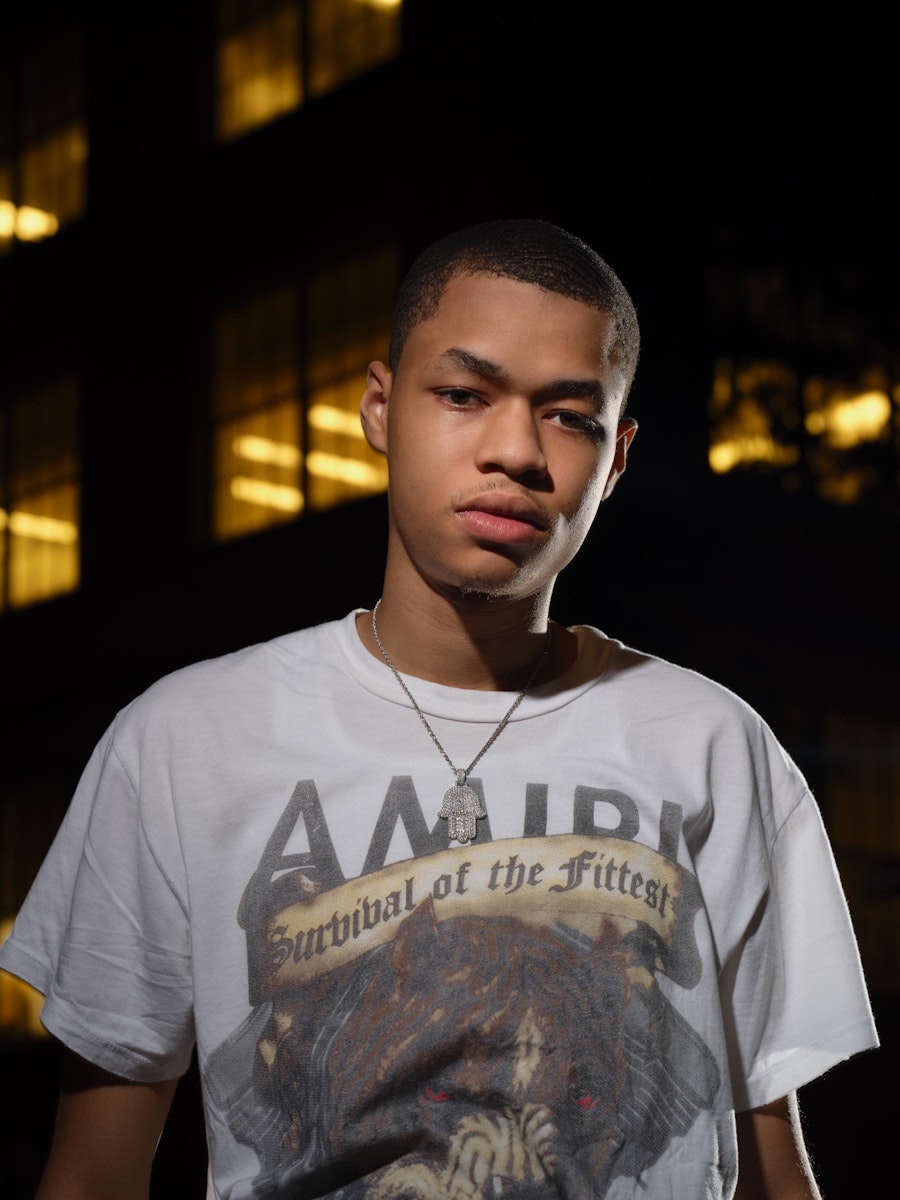 When did you first realise that you wanted to pursue music as a career?

Jay Gwuapo: I give it like a year ago. I didn’t really want to get into this life at any other time. I was seeing everyone around me do their thing at rapping, so it kind of took after at. Life was changing. Everyone’s life was changing.

Before this, I was just in school trying to finish that. I didn’t really have nothing else planned yet. I was all focussing on whatever else after school; just trying to get school out of the way. And then rapping just started getting big.

You’ve accomplished quite a lot in 18 months. What do you want to accomplish over the next 12 months? 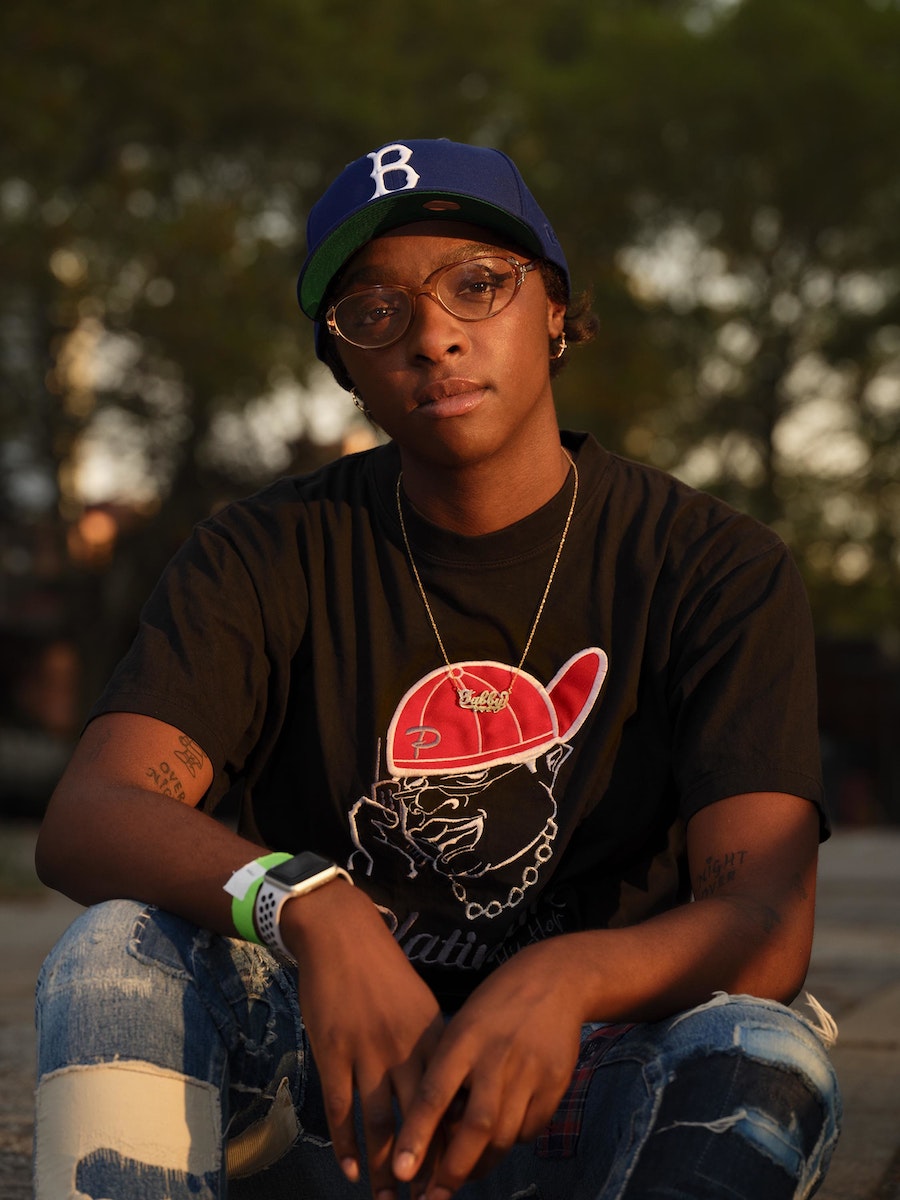 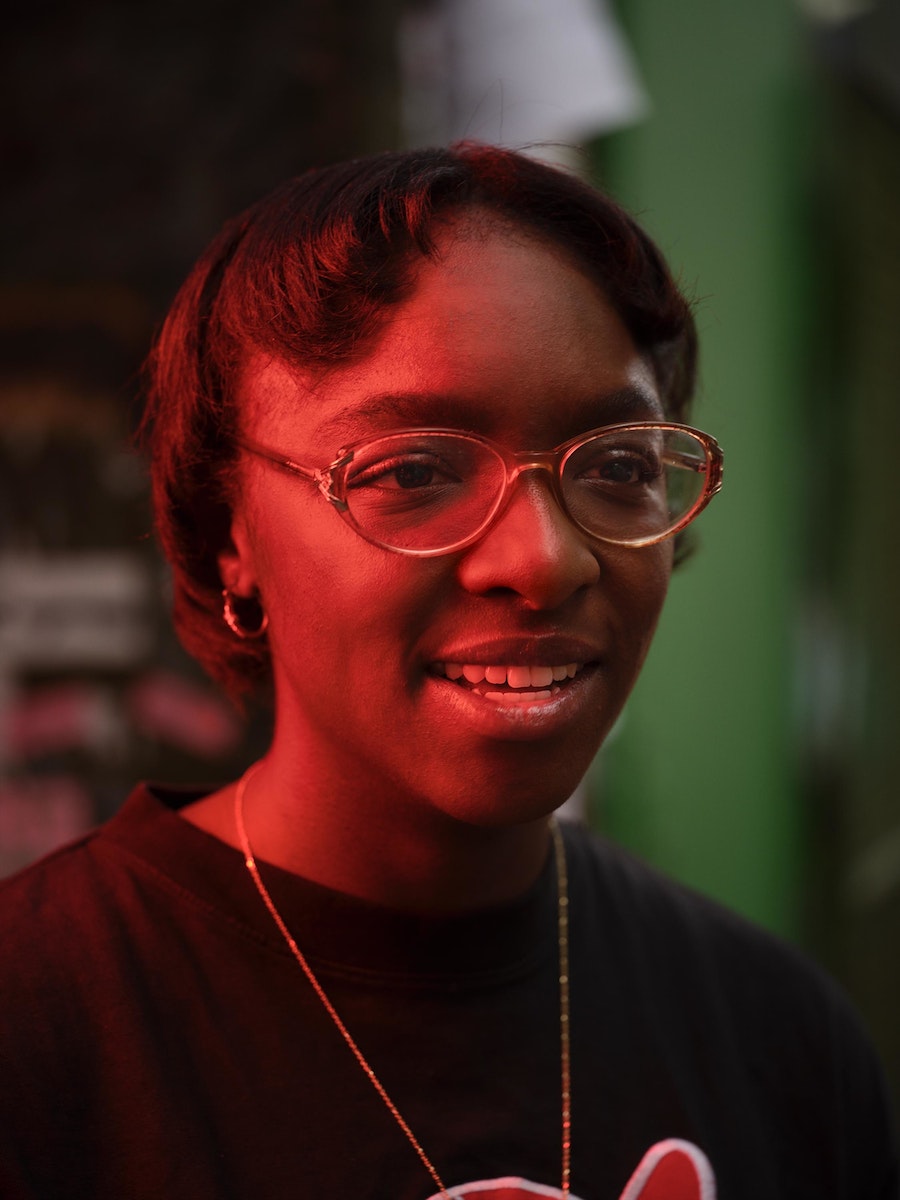 Tabby Wakes: Everything. It’s the key to everything. It’s wholesomeness. Support. Creativity. It’s stepping out of the box is a big thing. In a community, you can get a lot more collaborative endeavour. You’re all together. Or you’re not even together, but you’re working together towards the same goals. That’s a community.

Tabby Wakes: I have my own studio space – Blahk Work Studios – so that’s my best creative space. It’s like my home in a sense. My music home at least. It’s mine. I can be like ​“no one come in here for a week,” and I just have it. That’s really important. Just like, knowing you can always go record, make music, or have a meeting or something.

What do want to have achieved by this time next year?

Tabby Wakes: I want to drop another project. Hopefully another EP. Do a bunch of more shows, and keep getting my sound pushed out to the world. I definitely want to go international. Like, Asia, Europe. I’m trying to go to Tokyo, and then Paris, London, Spain.

Who are three other new and upcoming artists you think The Face readers should check out?

Tabby Wakes: There’s this new girl – Maria Isabel – and she’s played me her demos, and they’re fucking sick. I’m excited for that. They haven’t dropped any music, so this is really pre. And Choppy Chan and Vinny Fanta.

They’re all from New York. I’m in New York, so I know what’s going on here. I feel like they’re going to bring a new vibe that we kind of need – including myself.

Ness Heads: Community is support. Loyalty. Respect. And just having those key elements together to put those people together. I think that builds a perfect community. That’s the type of people I want around me.

For people who’ve never heard Ness Heads, how would you describe your music?

Ness Heads: A lot of it is written as my mindset and what I’m going through, so relationship-wise. But in terms of sound, I would say it’s a deviation from rap to a lot of alternative rap.

How has being from Chicago inspired you?

Ness Heads: As a person, I would say just everyone made me more tough [laughs.] It made me not put up with people’s bullshit anymore, because you’re around that so much there. In terms of getting inspiration, there’s so much inspiration [in Chicago] from people in music to artists. And even just growing up in the neighbourhoods. I grew up with a lot of Latino culture around and just seeing that – I think all of it played a part in who I am now, and my style, what I listen to and shit like that.

When was the moment you first realised that music was what you wanted to pursue as a career?

Ness Heads: I’ve always been involved in music. Even when I was little, I was the one who would just sit there and freestyle and make fun of my friends doing it.

When I started working [after] college, I started going to the studio more. I think I was using that as my outlet of taking all the stress off of work, and being in a 9 – 5 and just hating it. The more I started making music, I started getting better, and I just realised: ​“Why am I half-assing something?” – and I was already doing decent. ​“I might as well just give it my all, and see what I can do.”

A year and a half ago, when I quit my job, was when I was like: ​“I can do this shit.” And I started meeting the right people, and I started meeting people that were motivating me and huge supporters, so I started becoming more confident in who I was and finding my sound, so it was kind of like: ​“Let’s do this.”

What’s been your proudest achievement so far?

Ness Heads: We’ve finally got a project done! So, I would say that. on 11th October, we’re dropping the second song off the project, and then 25th October we’re dropping the entire project, to finally say here you fucking go! The name of the project is Numb. [It’s about] just being more reflective on coming out of a bad break-up, and just trying to get out in the dating world, and trying to connect with people, and not being able to because I’m still so messed up off my past. I feel that my entire vibe of that project is that I was in a numb state – and you hear it with some of the shit I’m saying – but trying to get myself out of it with someone.