On Sunday 31st May this year, Imarn Ayton was trudging through her South London neighbourhood. She’d been feeling ​“sad and lonely” and had told her mum: ​“I don’t know what to do today, I feel off.” As she left home and headed down Peckham High Street she heard a crowd of people chanting.

“I ended up jumping over roadworks to join the front,” the 29-year-old says today. ​“Every part of me felt compelled to join that march. ”

Inspired by that unexpectedly catalysing moment, which came a week after the killing of George Floyd, Ayton is now a figurehead for British activism. She went from battling depression and issues of self-confidence to becoming the fired-up founder of the Black Reformist Movement, a brand-new non-profit that aims to eradicate institutionalised racism wherever it’s found in Britain. What’s more, she did it all in the space of just six months.

Now, after a summer of grassroots protests have left the newscycle, and focus turns to three-tier local lockdowns, Ayton wants to challenge the British government to make tangible, permanent change. It’s a big ask but she believes that Acts of Parliament are the only way to keep the energy up.

“We have to be as pragmatic as we can,” she says. ​“The world is governed by legislation and law, so we should make that a priority.” 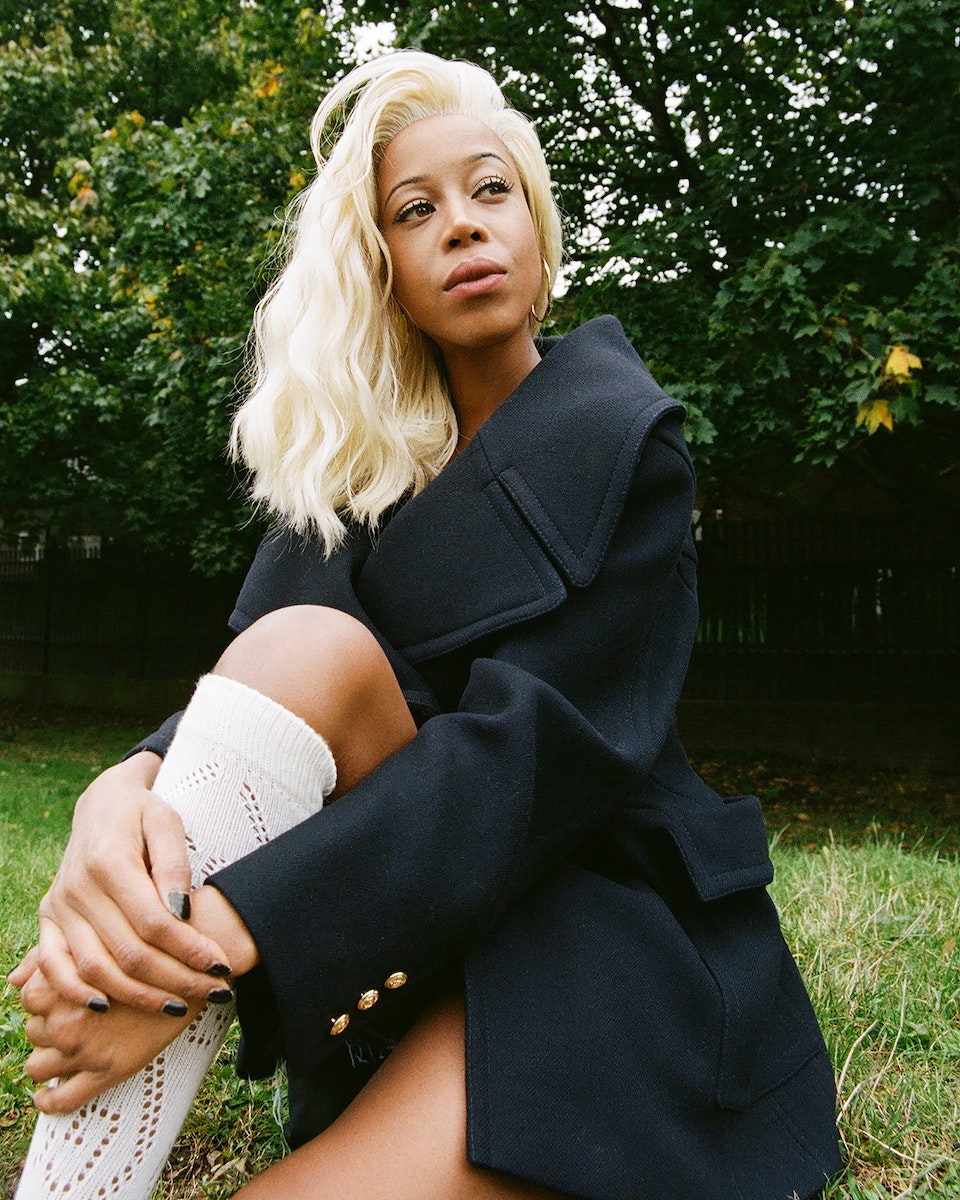 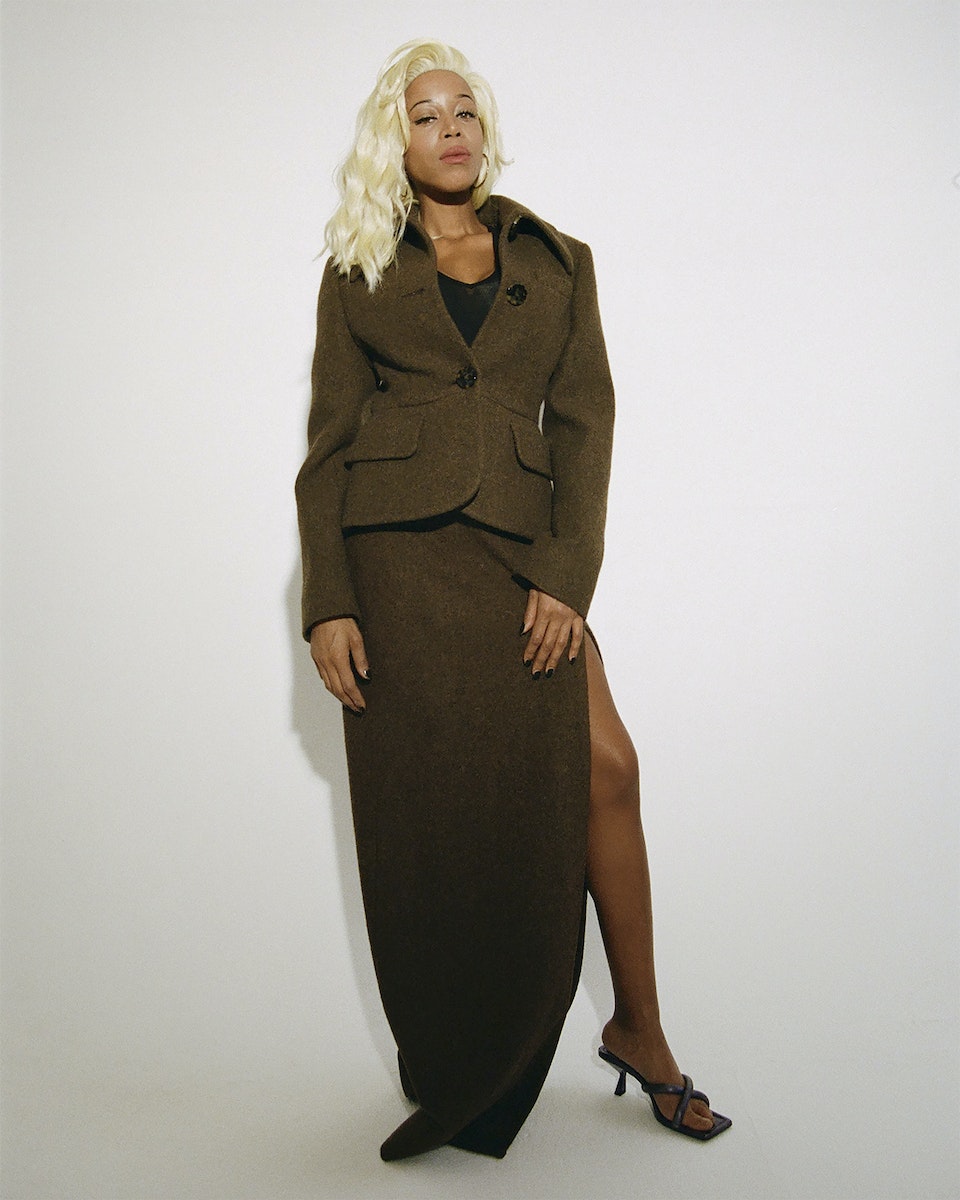 Comprised of five core members, and amplified by a small team of campaigners, BRM is focusing on exposing the root causes of discrimination within the workplace, criminal justice system, healthcare and beyond. As Ayton explained to Reuters earlier this year: ​“Institutionalised racism drives poverty, poverty drives crime and crime drives violence.” It is, she tells us now, about breaking that cycle.

The Black Lives Matter movement galvanised a nation. For Ayton, it helped her find her voice. She went from being a first-timer at a protest in May, chanting alongside youth-led group Justice For Black Lives, to rapidly organising demonstrations across London in June. As she led from the front, the media and public flocked. Ayton was a natural. Her speeches and slogans were aspirational, heartfelt and, usually, off-the-cuff.

When we talk to the south London native over Zoom in October, she tells us that this was her calling. ​“Imagine you’re 10 and thinking you want to motivate people and make yourself feel good,” Ayton says of her childhood. ​“Despite my ridiculously bad attendance at school, I was always in on the day we had drama class. I made very little effort otherwise.”

Falling in love with acting, Ayton auditioned for and was accepted by the BRIT School for performing and creative arts in Croydon, and secured an agent immediately after leaving. ​“When you first start out, beggars can’t be choosers. You go in there hoping to pick up whatever. But what I found was that if I excluded confidence, those were the roles I would be cast for.”

Still, 10 years of hustling took its toll. ​“I went through a period of darkness, with enlightenment and wisdom. During that journey I transitioned from this formidable character to someone that was truly vulnerable. I vacillated between being strong one day to bawling my eyes out the next. But depression should always lead to some kind of positivity, right?”

One day, while clouded in that bout of depression, Ayton caught a Netflix documentary, The Innocence Files, detailing stories of wrongly convicted American felons. Feeling frustrated and helpless at the denials of justice portrayed on screen, she felt compelled to take action. Despite feeling personally low, ​“anything that makes your blood boil is going to ignite the passion and empathy and will to change what you’ve seen.”

She admits it was the first time she’d felt that drive. ​“In terms of protests I will put my hands up and say I have comfortably lived in my own little bubble,” she says, adding that, after joining that march in Peckham in May, she felt compelled, initially, only to fight for something that directly affected her.

“For me, as a Black woman, there was only one thing that was going to resonate with me, which was equality for Black people.” The killing of Floyd by policeman Derek Chauvin ​“was a trigger for many people coming together in Parliament and Trafalgar Square,” she continues, her voice wavering. ​“We’re now in a day and age where something so horrific can be seen by millions and we are fortunate enough to be able to access that footage. Watching him die and having no choice but to watch it caused sheer emotion. I felt as though it was someone in my family.”

A few months on and Ayton’s focus is not on revolt but reform. On 1st September she sat down with David Lammy, Labour MP for Tottenham, to assess the 2017 Lammy Review: ​“an independent review of the treatment of, and outcomes for, Black, Asian and Minority Ethnic (BAME) individuals in the Criminal Justice System (CJS)”, as the government’s website puts it.

“I’ve met some very influential people recently to the point where it blows my mind,” she says today, smiling. When asked who those other influential people are, she refuses to name names – nor is she at liberty to divulge what she and Lammy discussed. Suffice it to say, having gone from pavement to Parliament in half a year, Ayton is determined to effect real and lasting change.

“There is no greater time and no greater momentum,” she says, those internal challenges of earlier this year reshaped into an impassioned drive onwards. ​“There is going to be no bigger civil rights movement. We have no choice but to act now.”