There you are, enjoying a shandy at your local. Friends are laughing, the sun is shining. Hell, you might even pull tonight. And then…

“You need to self-isolate immediately”, slap-bang in the middle of your phone screen. Off you trot, not to be seen again for 10 days.

For those with the app firmly intact, you’ve probably had an alert at some point in the past few weeks. Latest NHS figures show that in the week commencing 7th July, 500,000 alerts were sent – that’s a pretty hefty 46 per cent rise from the previous week.

Since, the pandemic has been hijacked somewhat by the ​“pingdemic” – a term created by Test and Trace cynics that has been making its way around Twitter on the UK’s controversial ​“Freedom Day” debut.

Like any row worth its salt, there are two sides. Some are ping-for, others ping-against. But before we get into it, let’s start on the fence, like this Twitter user:

“Taking no sides in the actual argument, just annoyed we collectively went for ​“pingdemic” and not ​“united pingdom.”

First thing’s first, how many people tested positive for Covid-19 in the UK today?

Good question. 39,950. So, a lot. The figure of daily positives has been doubling every week for the last month. So, not great then.

What’s a “pingdemic” then?

Its origins are unknown, but it’s derived from the ​“ping” noise made by the NHS Test and Trace app’s self-isolation notifications, and ​“demic” – the, er, pandemic. Put ​’em together and you’ve got pingdemic; a half-joke, half-not take on the recent increase of self-isolation alerts Brits have been receiving.

But are the pings trustworthy?

Yeah. There’s a lot of folklore around being pinged after ​“walking past someone” on the road. Not true. The NHS app only pings if you’ve spent 15 minutes or more in close contact with someone who has tested positive.

Ah, so it is risky not following the self-isolation advice…

It is very risky, yes. By now, we hope you know that Covid-19 is transmitted via contact with the virus, which is airborne (that’s why being outside is safer).

Fine. So, what are people miffed about?

Well, those against the pings argue that it’ll cause disruption across the UK because of the many people currently having to self-isolate. Simply, as more of us are exposed to one another as the country continues to open up, more are likely to come across an infected person – and so, ping. On Sunday, parts of the London Underground and rail services were suspended due to self-isolating staff causing shortages across the board. Today, various Iceland food shops and Greene King pubs have had to close, too, for the same reason.

And now, with fears of frontline health worker shortages on the way, the government has announced that double-vaccinated ​“frontline health and care staff can work rather than self-isolate”.

For those in favour of the pings, it’s pretty straightforward. To stop the rise of Covid-19 cases, we should do as the app says and self-isolate if we’ve been notified to do so, so as to reduce the risk of further spread. The for-pings hate the against-pings for, essentially, not taking the risk of this virus seriously enough.

Who is it affecting mostly?

Workers and businesses. In the past week or so, Rolls-Royce, Sainsbury’s and Nissan have all raised concerns about workers self-isolating, and the implications of staff shortages. So, to put it lightly, their main concern is cold hard cash, not the welfare of employees.

What if I’m double-vaccinated?

You still have to self-isolate. But from 16th August, you won’t have to.

But Boris and Rishi said…

Ah, what do they know? Boris Johnson and Rishi Sunak both attempted to swerve the self-isolation rules by announcing – with their chests – at 8am or so on Sunday morning (18th July) that they would not be isolating after having been in contact with Sajid Javid, who tested positive over the weekend.

People lost their shit, mostly along the lines of ​“so it’s one rule for us, and one for you?”. As Labour MP Diane Abbott put it…

By 10.30am, following the outrage, both had U‑turned and said they would be isolating. Two and a half hours is a long time in politics.

Fine, fine. What does the public think about the app, though?

We asked those close to us for their honest opinion. Have a look: 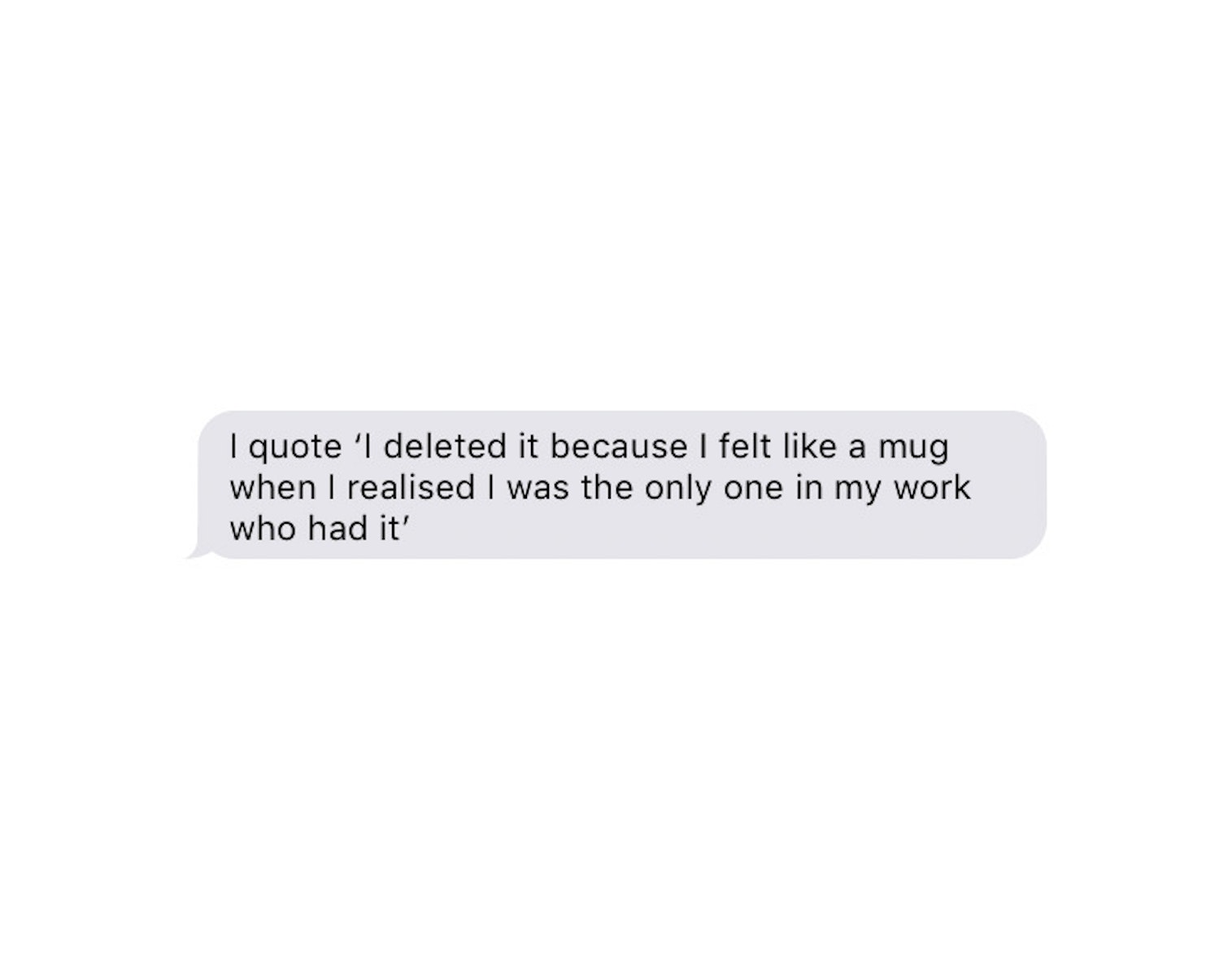 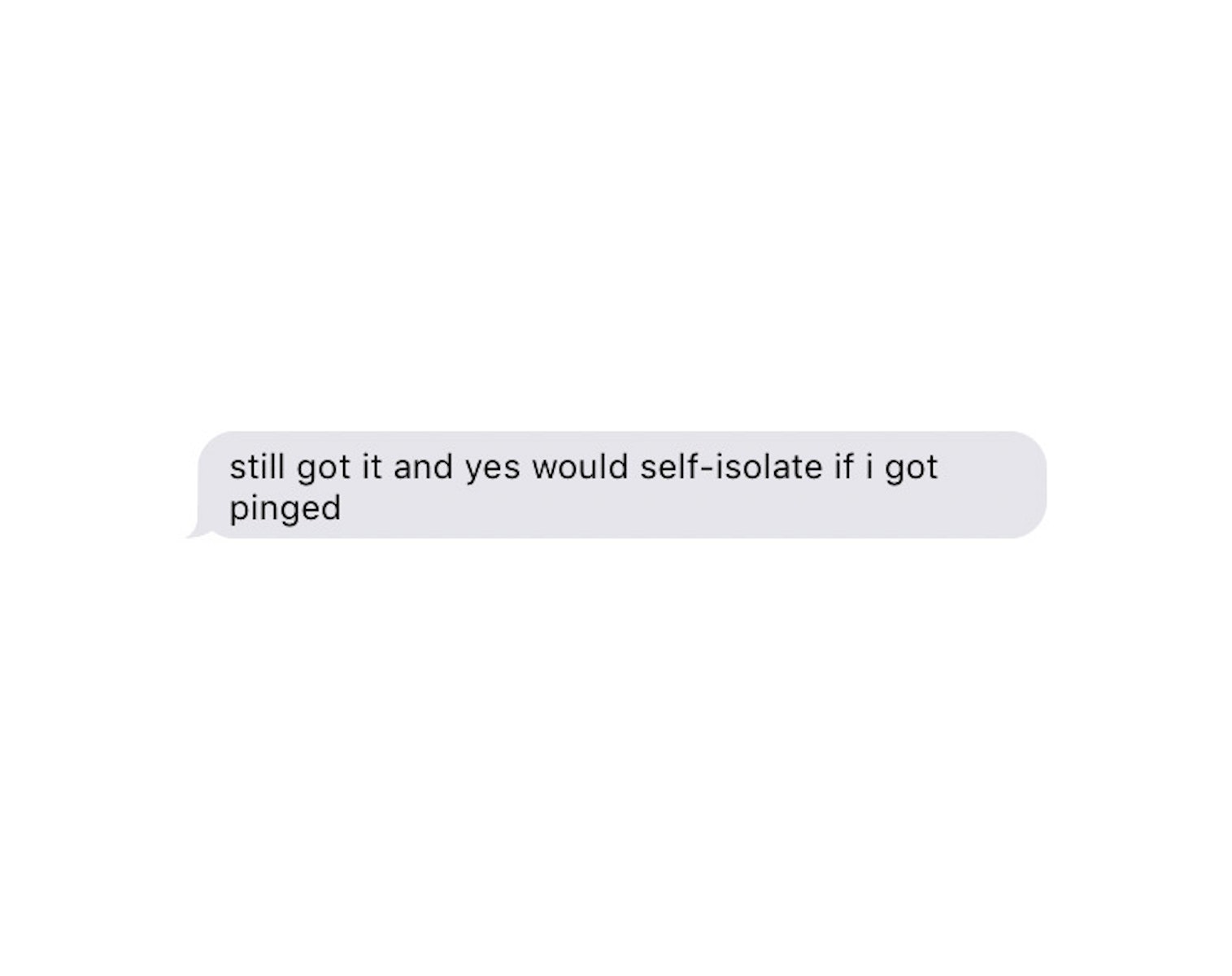 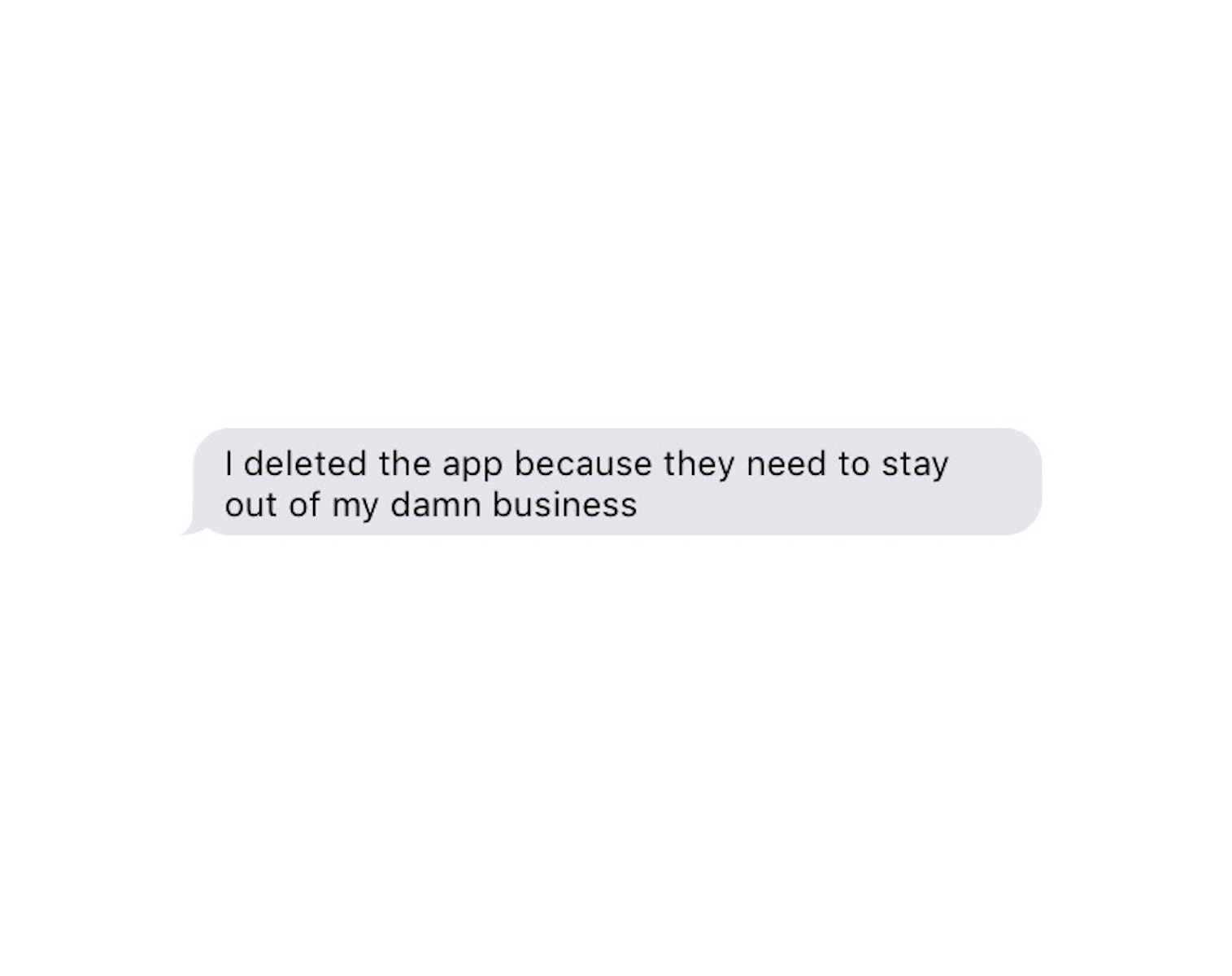 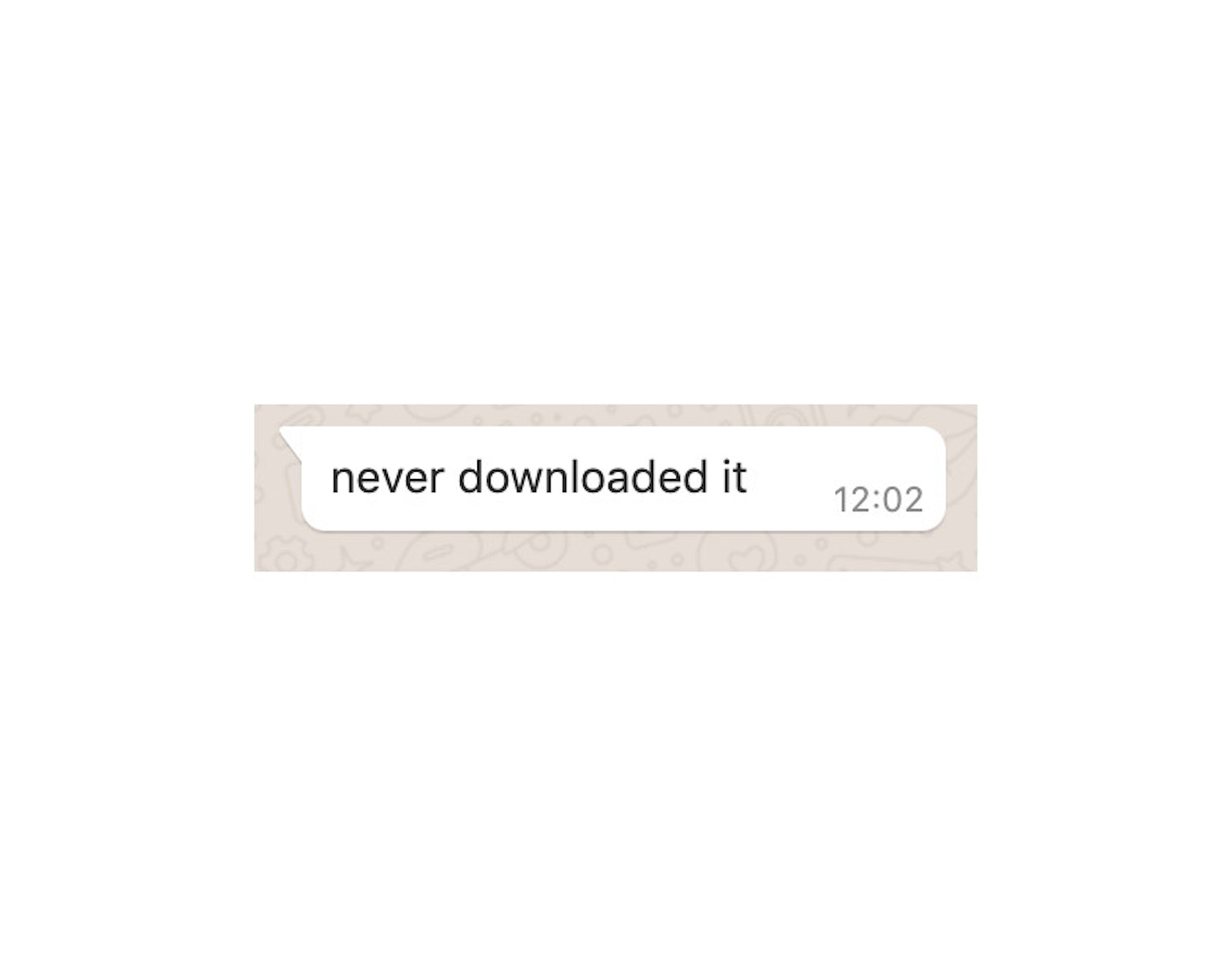 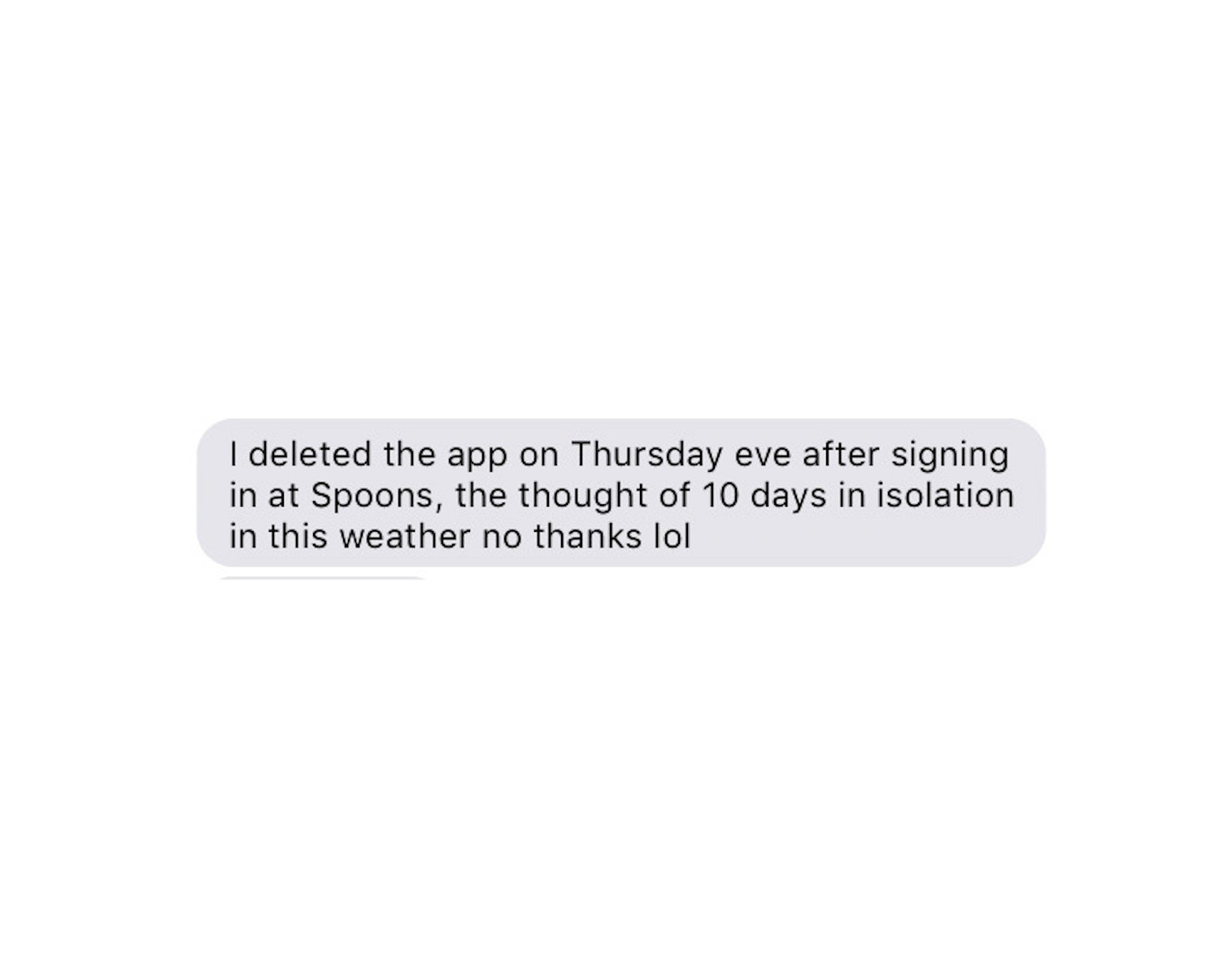 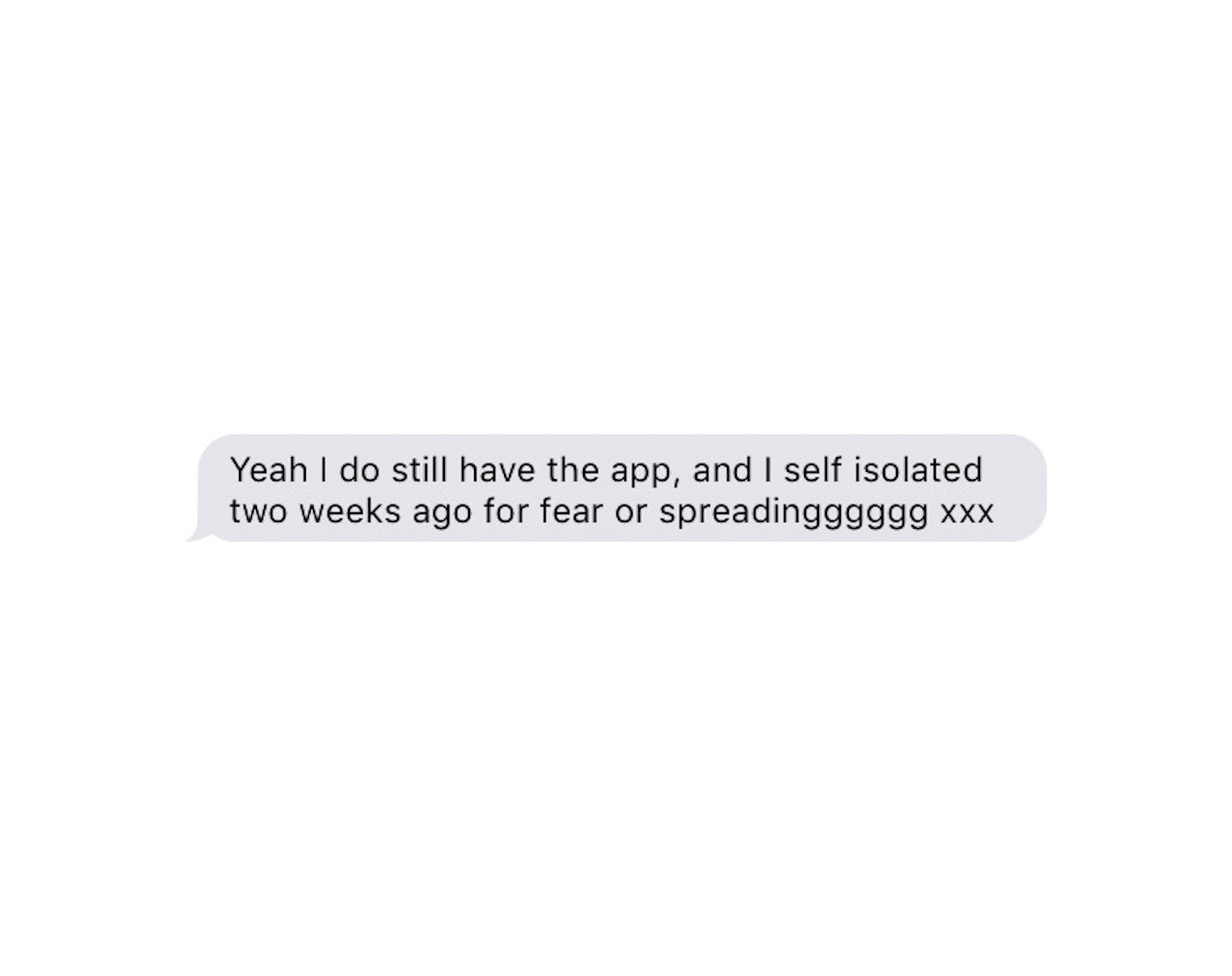 So, what’s your verdict?

Er, listen to the app and self-isolate. No one likes a superspreader.

The World Health Organization has declared COVID-19 a global pandemic. It says you can protect yourself by washing your hands, covering your mouth when sneezing or coughing (ideally with a tissue), avoid touching your eyes, nose and mouth and don’t get too close to people who are coughing, sneezing or with a fever.