So says Come Tees founder Sonya Sombreuil. This ethos – simple but pointed – explains why the Los Angeles-based designer only releases 200 shirts per collection, and why she individually handpaints each one: she takes control over every aspect of her brand, the better to then shift to the next phase, drop, collection.

That speed, bespoke approach and rigorously policed limited-edition USP has earned her a squad of A‑list fans, from Kanye West to Rihanna, with swarms of LA cool kids in between, fighting over the latest exclusive release.

Founded in 2009, the label was a product of Sombreuil’s twin passions: painting and music. She explains how she ​“want[ed] to participate in those worlds as more than just an observer,” so began designing fantasy merch for hardcore bands. She was drawn to t‑shirts as they were ​“easy to circulate, wearable and accessible to my own community, especially in the music scene”.

Upcycling vintage tees with scribbled slogans, surrealist graphics and abstract colours, the brand quickly gained a reputation for clothes ​“that are beautiful but challenging and charged”. And while repurposing old garms is increasingly a focus in an industry (belatedly) attempting to be more sustainable, the LA native has always adored the process.

“I just love worn-in clothes. There is no way to imitate [the feel]. It’s like fermented food – it contains so many notes and subtleties, and it requires time, which is the most valuable thing of all. Used clothes are imperfect and wabi-sabi,” Sombreuil says, referencing the Japanese principle of embracing flaws. ​“That’s my shit.” 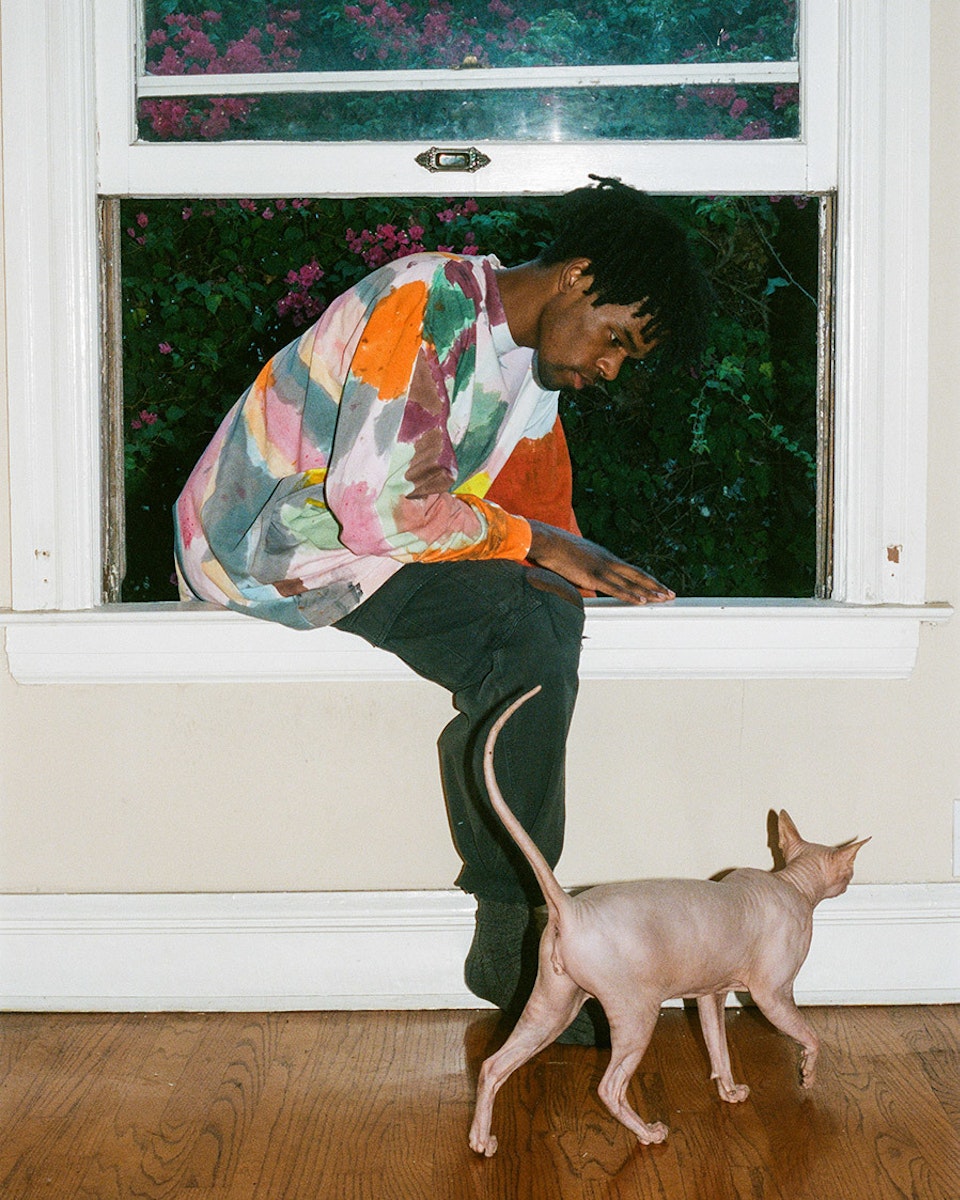 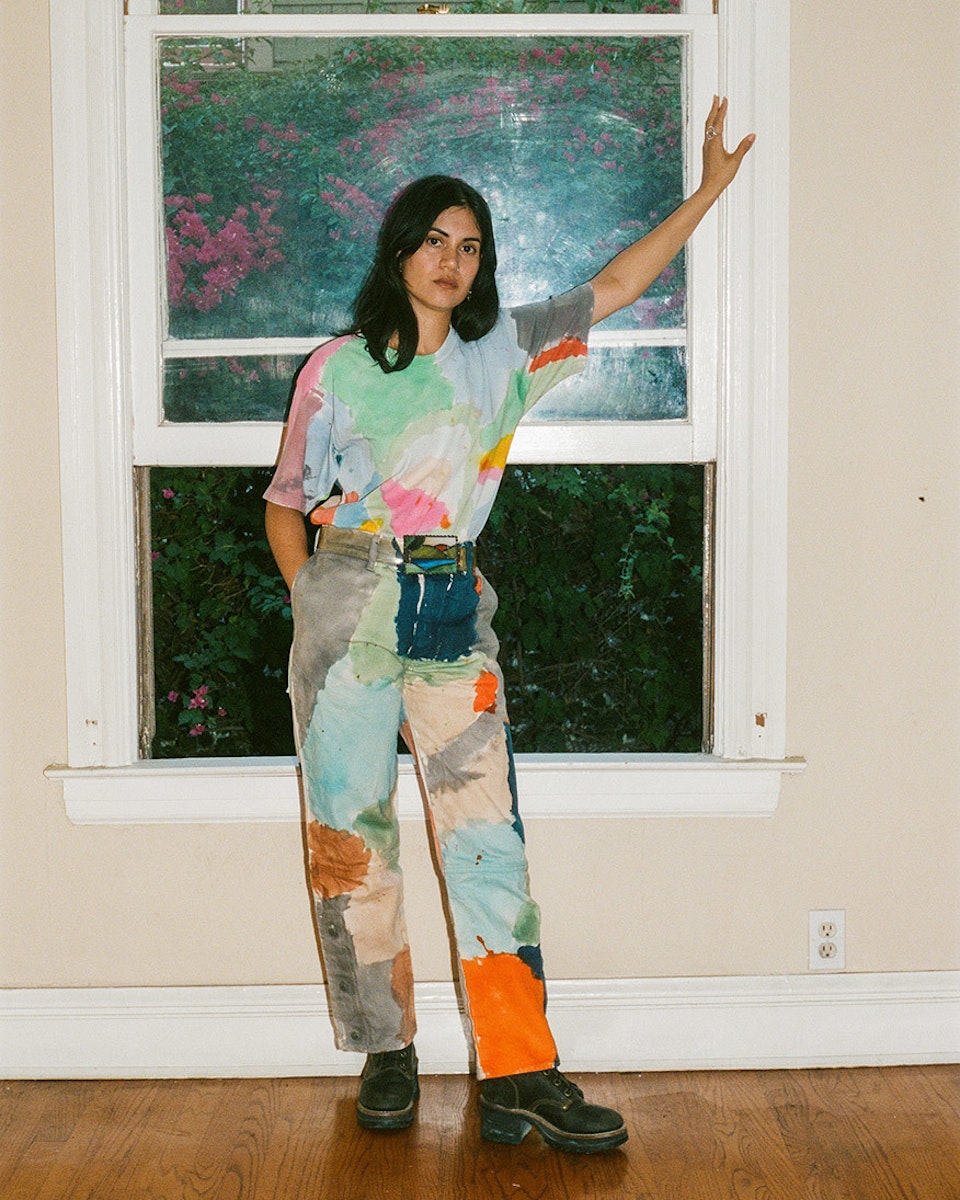 Loyal to the aesthetic of underground culture – or that of her favourite, non-mainstream music artists – Sombreuil is determined to ​“push back against making anything too branded, too easy-to-wear or too readily known. Subculture is often ​‘sub’ because it contains layers and resists the instant interpretation or understanding. I really love bringing that energy to the big, dynamic, wild world of streetwear.”

Those principles are front and centre in her new collection. Happily conceding that “[time] efficiency isn’t my thing,” the designer ​“spent weeks drawing star and sun shapes” while listening to Tricky, Merzbow, MV Carbon and Kites. ​“I try to be true to my actual impulses and tastes rather than being led around by my audience, which I think is a disaster for any artist… [It’s] a slippery slope, especially in an age when you can receive feedback about your work almost instantly.”

The resulting line is, in part, an homage to her collection of stained-glass belt buckles, playfully rendered in a series of slapdash, patchwork-esque painted tees, trousers and co-ords.

And, next? Well, as someone who likes to move on: after taking inspiration from music, would she like to reverse the creative flow and design merch for any particular artists? ​“Right now it would be the Japanese noise artist Masonna, or Mykki Blanco,” Sonya Sombreuil replies. ​“But sometimes I just want to make merch for someone like Kid Cudi.”

Multi-million-selling rap or Japanese noise: whatever the genre or profile, they’d be lucky to have her.