I first met Gus Dapperton when he was a boy with a tight, brown bowl cut, blue baggy jeans and Air Force 1s.

It was 2018, in the stairwell of a Manchester club. An hour before, his team had scrambled to upgrade to a sizably larger venue; one that could cater for the floods of fans that all wanted in. Later, when Dapperton walked out on stage, he played to a crowd of people who, from head to toe, looked nearly identical to the singer. If you didn’t have the ​’do, you didn’t have anything.

At the time, the alternative artist only had a handful of songs out: Prune, You Talk Funny (the song’s music video features Euphoria​’s Barbie Ferreira). But Dapperton represented a mood, a sense of self-assuredness that ran into his music and then, in turn, to other people. Later, millions of them: his feature on OG TikTok track, Benee’s Supalonely, soundtracking 6.5 million videos on the app since its release in 2020.

Now 24, Dapperton jumps on a call from his hometown in Warwick, New York, where the bowl cut has been swapped out for dark red, short hair – a remnant of his recent photoshoot with Hedi Slimane. 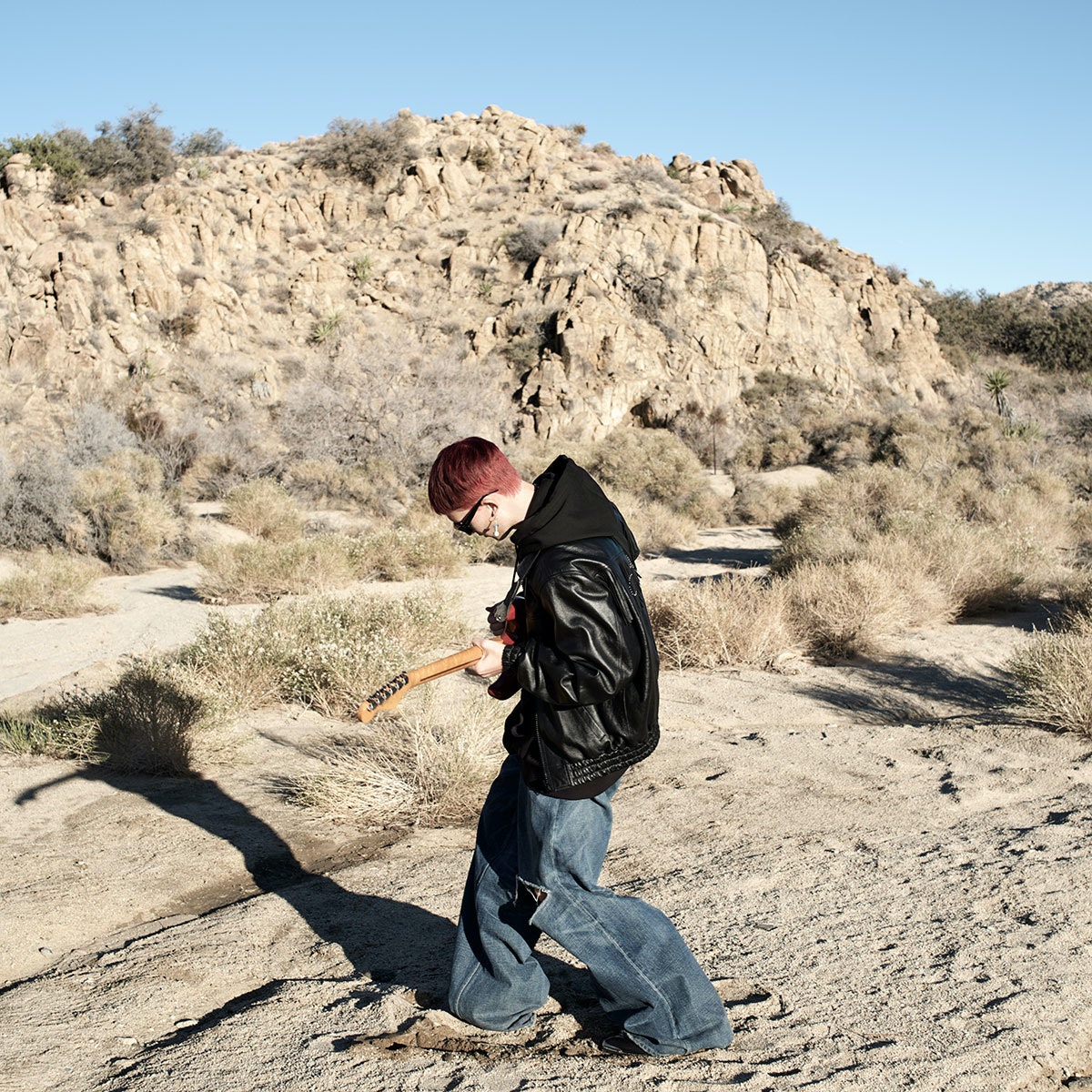 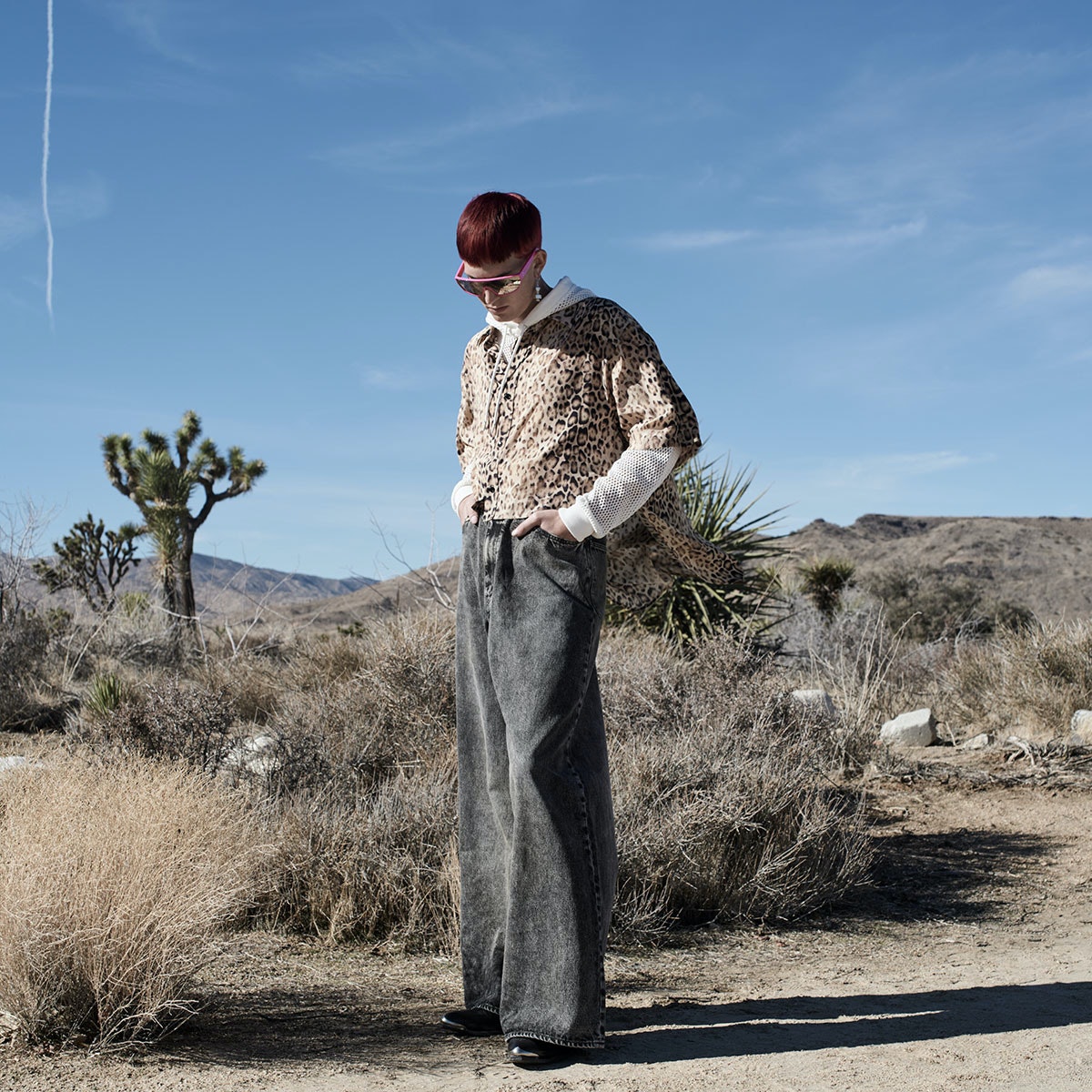 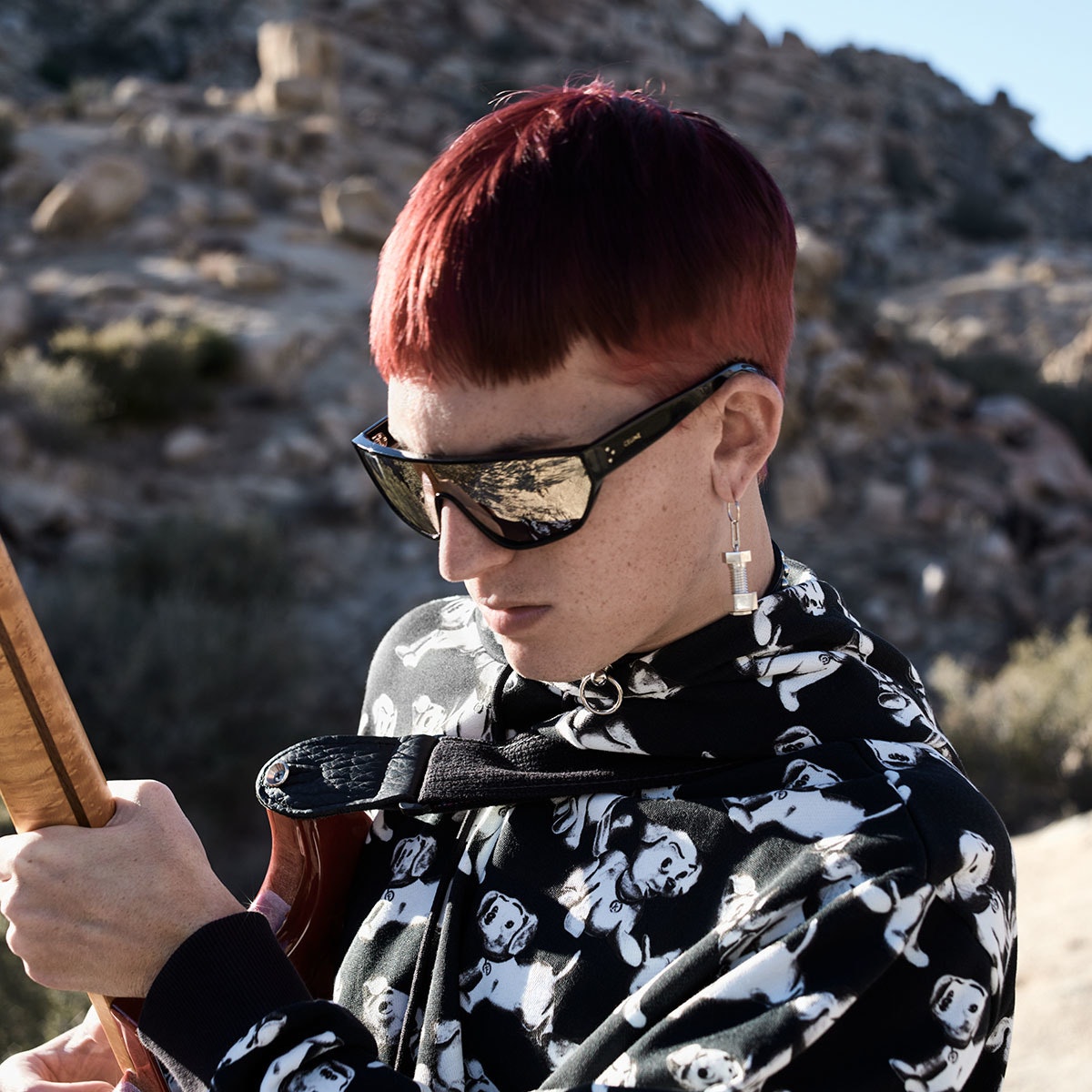 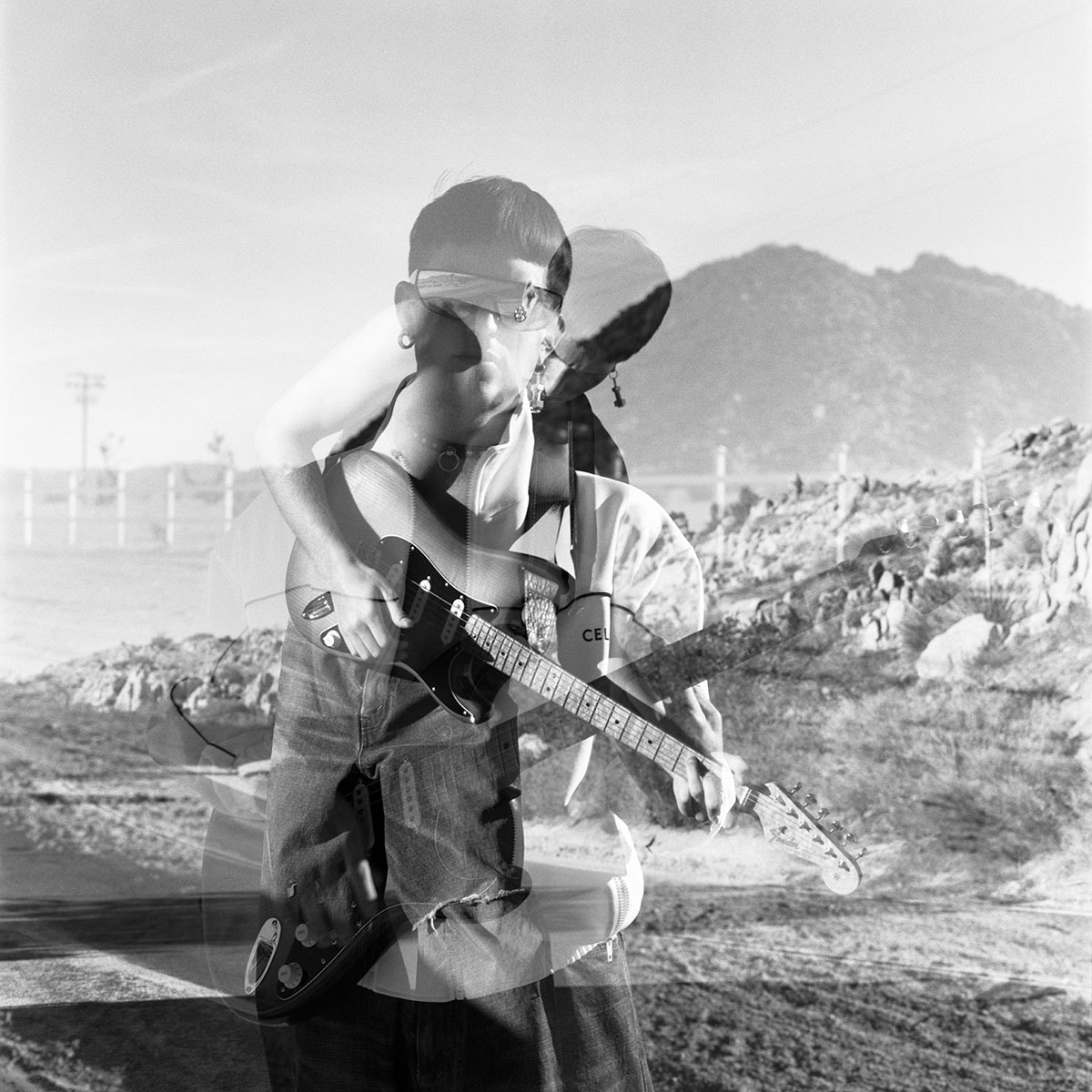 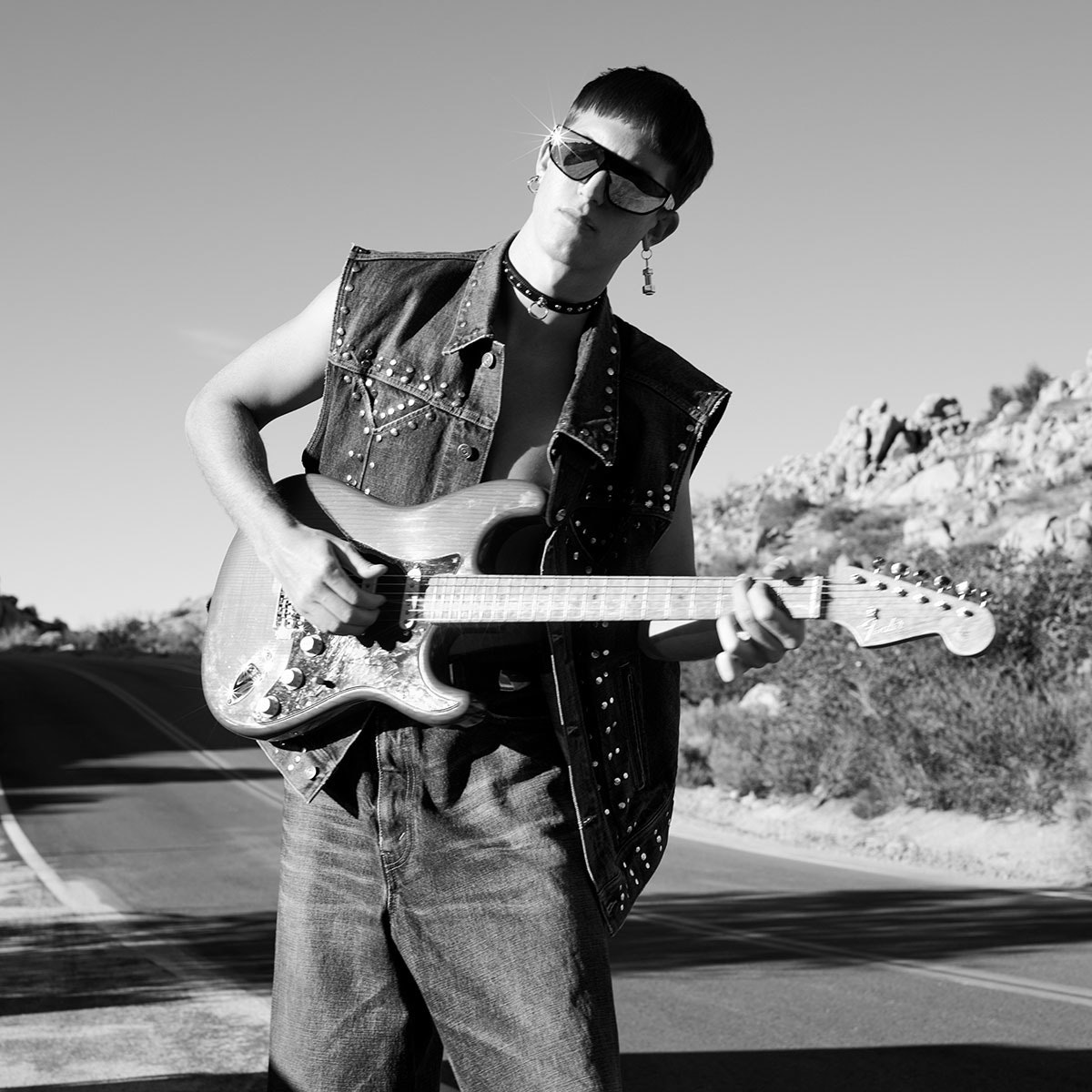 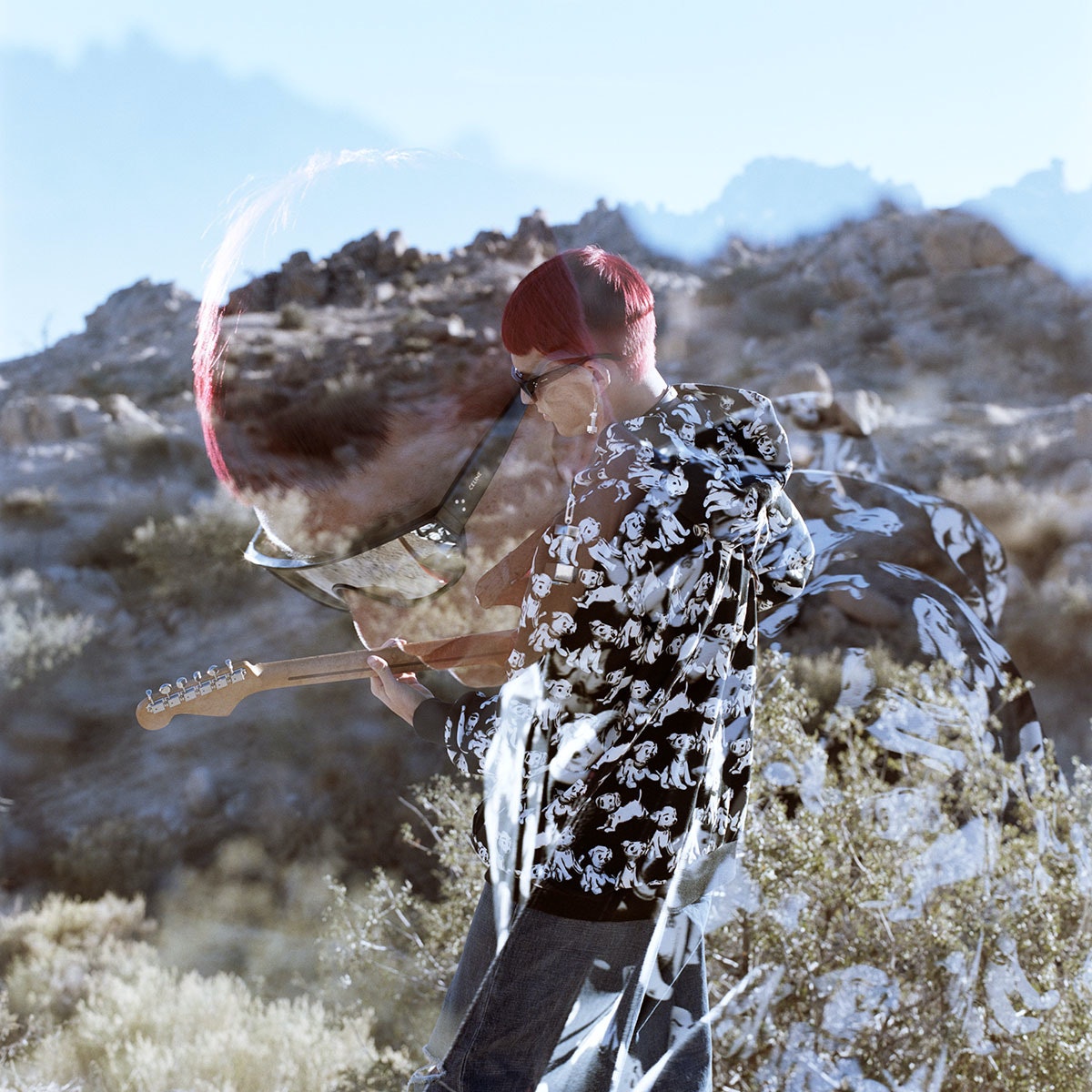 Hello Gus! Will you ever get the bowl cut back?

I buzzed it off one day and I’ve had versions of it since that have been parted in the middle. I haven’t had it as drastic as I did. But I would do it again. I’m trying to explore all of the hairstyles at the moment.

How did you try to bring your own style to your shoot with Hedi Slimane?

I think they were drawn to my personal style to begin with. They showed me some references of portraits I’d done that they liked and I could tell they liked my differences in hairstyles. I wanted to dye my hair like this for the shoot and cut it a certain way. I think they were excited about that. We took a bunch with my guitar as well – just bringing a lot of elements that are personal to me and my style to the shoot. I think it turned out to be a good combination.

Very good. Which albums are you listening to the most right now?

I like Absolutely by Dijon. There’s a Corbin album that came out called Ghost With Skin. My friend, spill tab, put out an EP that I really liked.

And what’s one thing that’s always on your mind at the moment?

I used to be such a workaholic to the point that if I wasn’t working on something, or brainstorming something, I would probably get really stressed out because I thought I had to be working really hard. I’ve been in a really good balance. I just work if I want to work, and I haven’t felt bad about not working. I’ve been enjoying life, enjoying the snow. I was snowboarding yesterday.

What’s your barometer for success?

I think success is in the eye of the beholder [actually that’s ​“beauty”, Gus – Aphorism Ed]. The fact that I was able to get out of my hometown and go to school for music and then be able to make a career out of it. I’ve always felt success and it grows for me. There’s no bar or goal or material thing that would have to happen.

Up to now, you’ve kind of been releasing big projects annually. What can we expect for your project for 2022?

I think the last album I did, Orca, was a bit more conceptual. I used to make one song at a time. Now it’s been more fulfilling making whole projects at a time and seeing what moods need to fit to this concept and project. I’ve also found that doing that helps me create better individual songs as well. So I’ve been taking more time than I have in the past to bust out an album. But I definitely have one in the works that’s getting closer to being done. Hopefully in the summer I’ll be releasing new music and an album.

Gus wears the Celine Cosmic Cruiser collection, which is out now would you believe.