From the epic spectacle of his debut at the Hôtel des Invalides in Paris – with its rotating mirrors and prismatic lights – to the thunderous rock music and neon strip light sculptures of his following seasons, Hedi Slimane’s tenure at Celine has seen him master the art of putting on a show. But as a designer who thrives on the palpable excitement of the runway experience (there’s a reason that live music is so central to his ideation process) you might imagine he’d struggle to recapture that electric energy through the medium of video.

On the contrary, Slimane has thrived. Whether it was the sporty, laid-back glamour of his SS21 show that featured models circling a running track within Monaco’s Stade Louis II, or the gothic drama of his most recent AW21 menswear show – featuring drone cameras swooping through the parapets of the Château de Chambord and willowy young models galloping on steeds like medieval knights – Slimane has turned the world’s current restrictions to his advantage. Over the past year, he’s offered up some of his wildest and most transportive flights of fantasy yet, each story set against the backdrop of a different historic location across France. 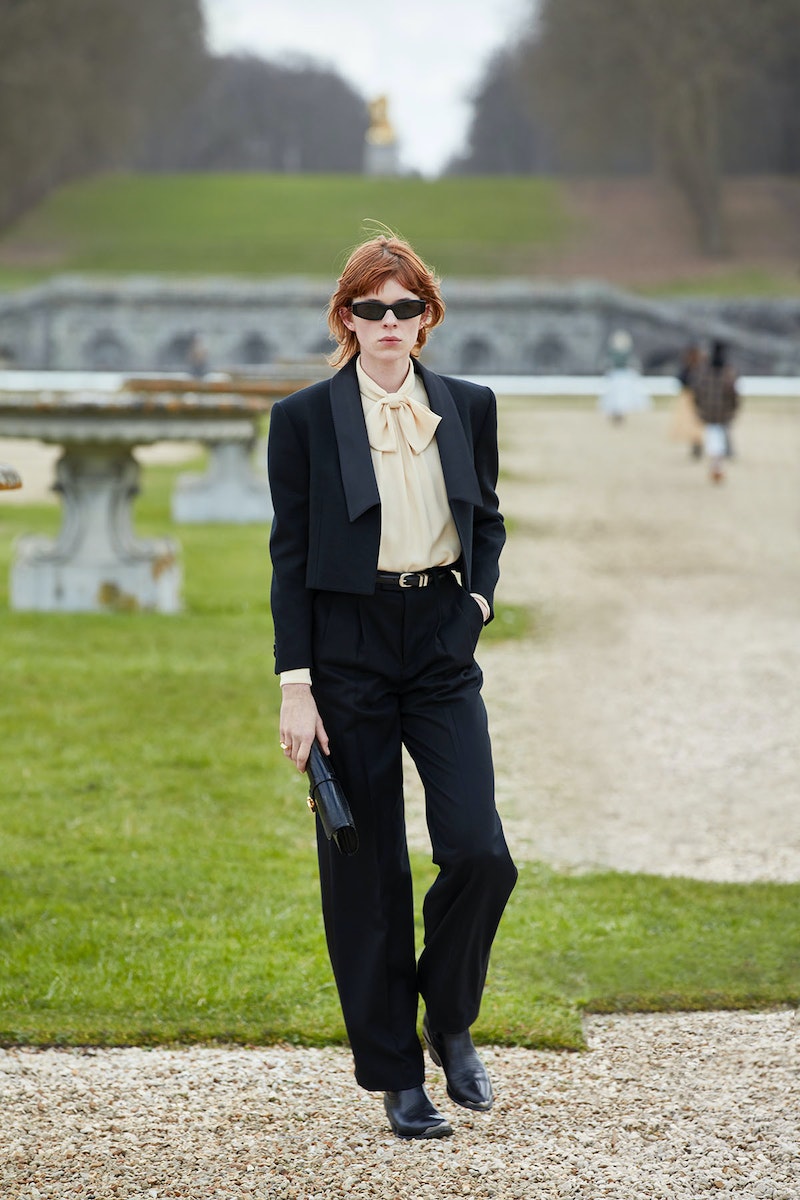 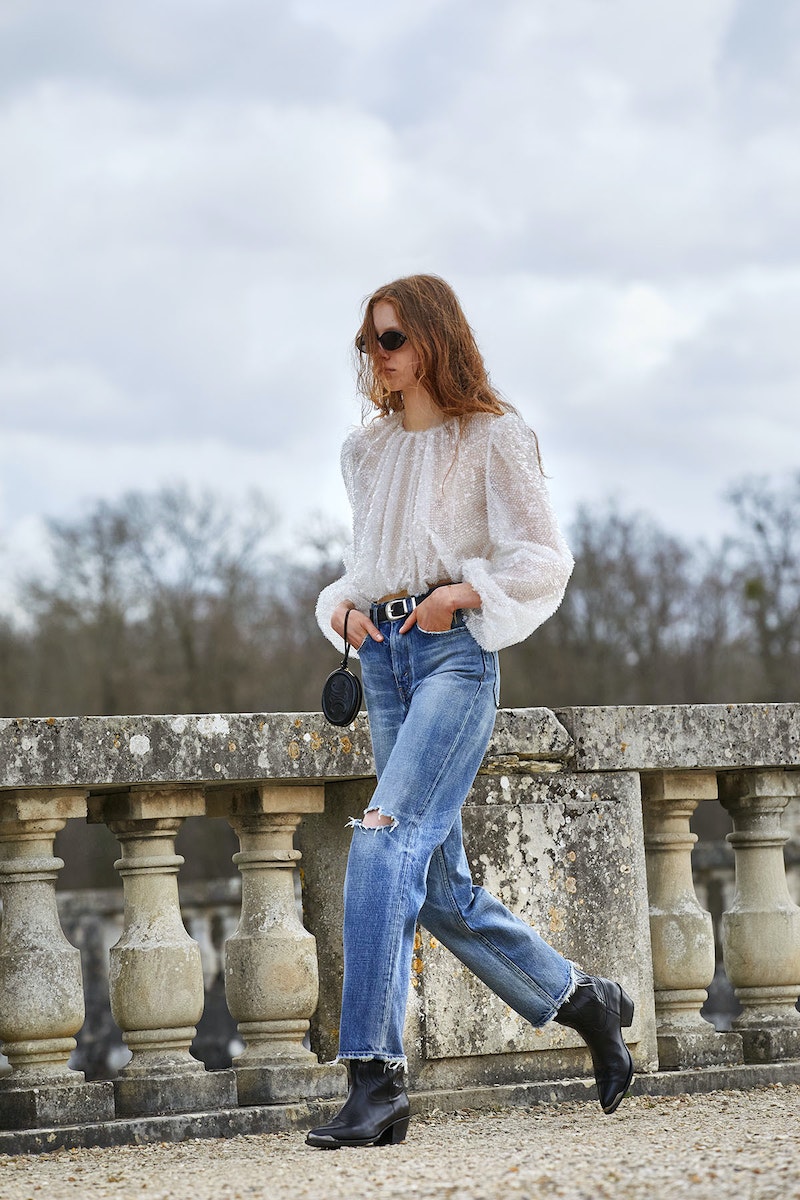 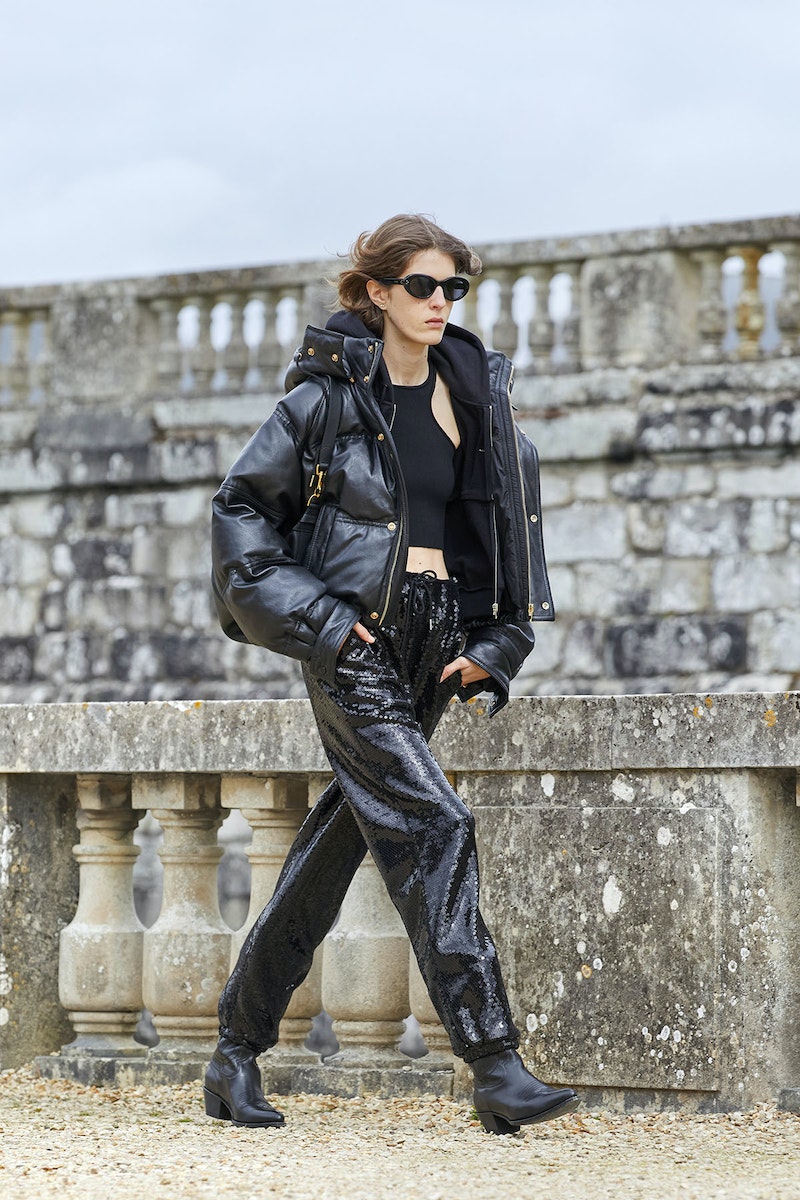 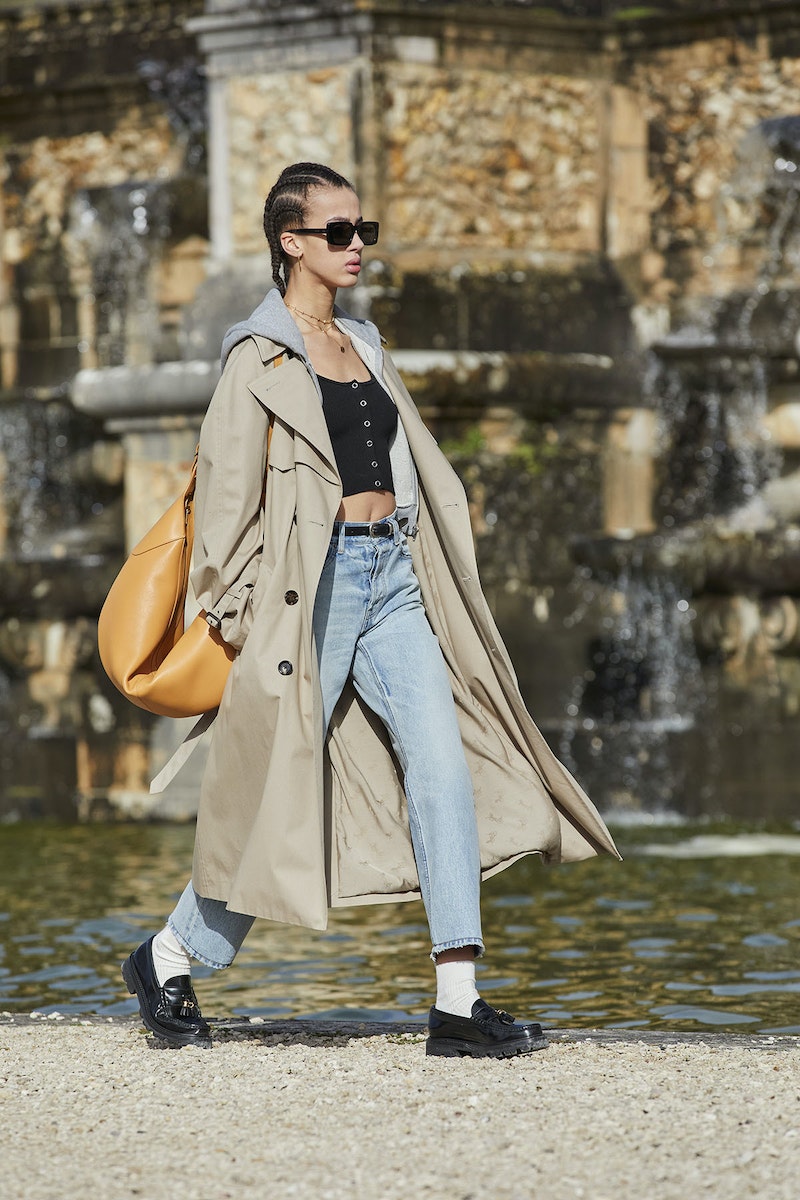 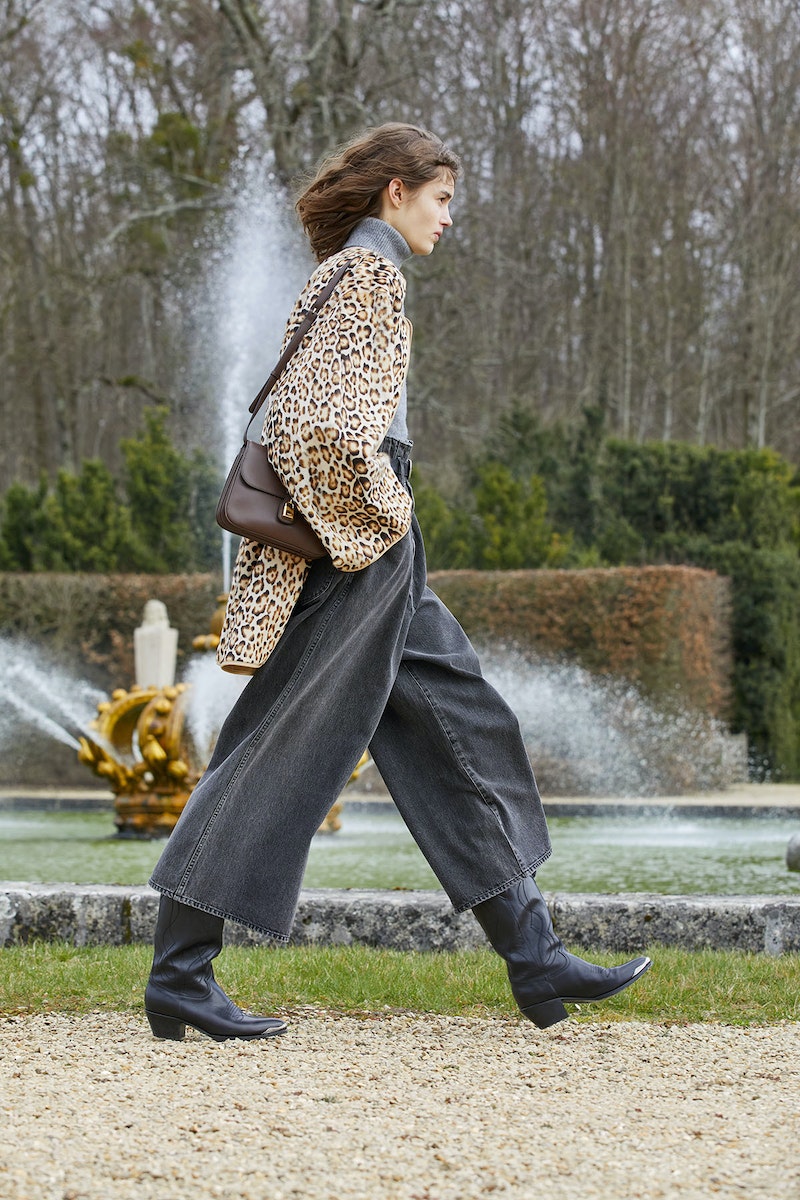 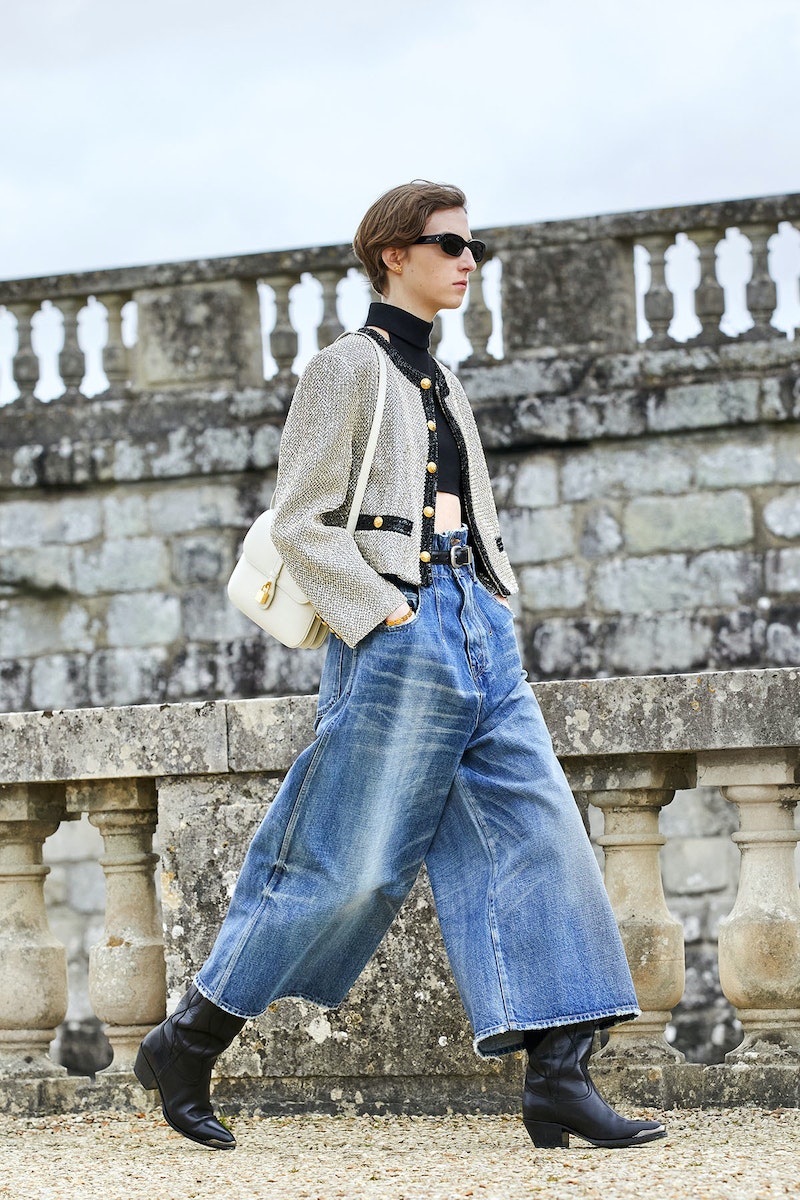 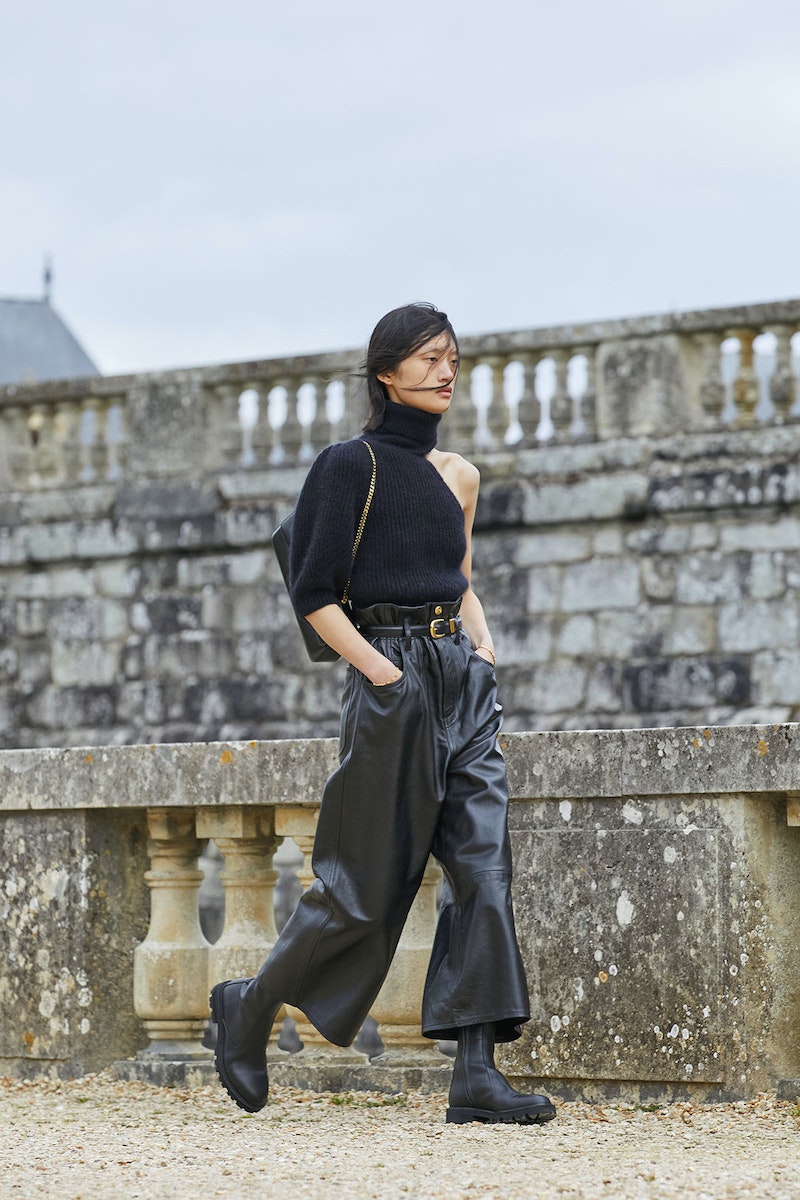 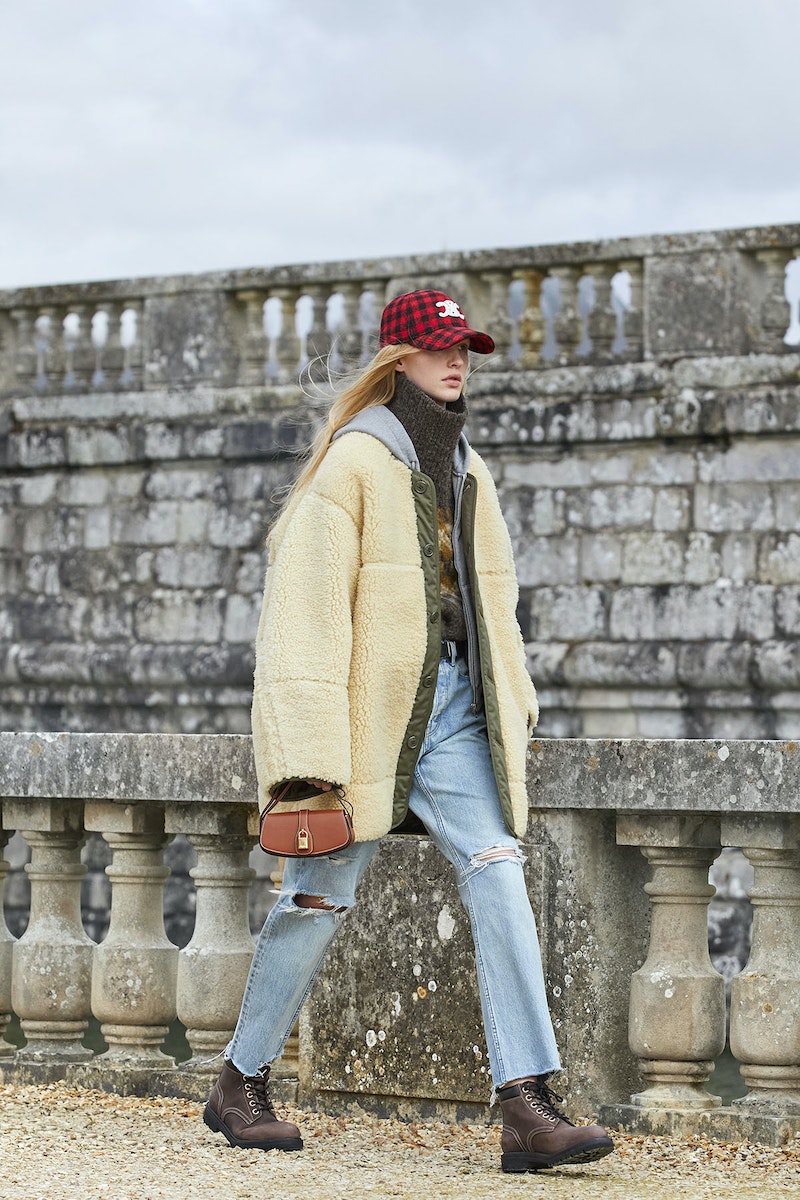 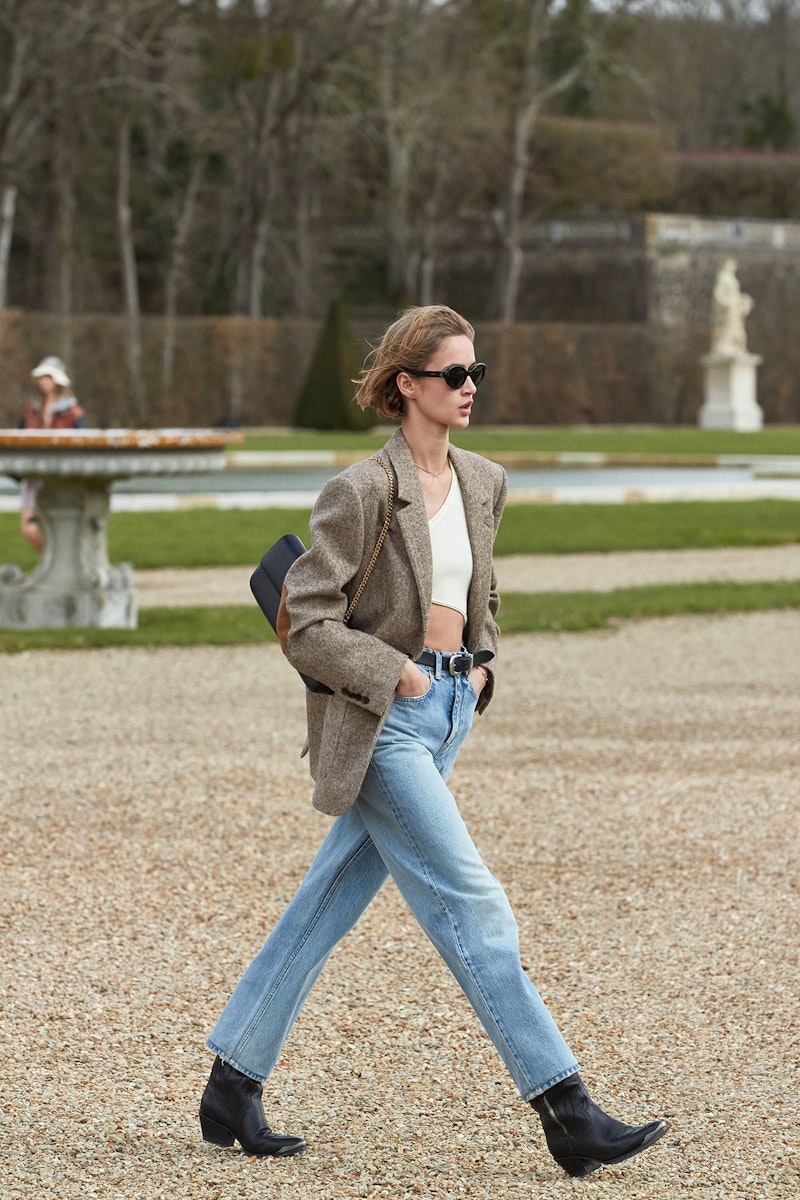 For his AW21 womenswear collection, debuted earlier today at Château de Vaux-le-Vicomte an hour or so south of Paris, Slimane’s outlook was similarly cinematic. Beginning with a harpist plucking an eerie melody while seated in the middle of an ornamental pond, the collection, titled ​“Parade”, saw models walk around the palace’s formal gardens in looks that blended classic Gallic glamour with a touch of rive gauche ease – picking up the baton, so to speak, from the high-low mix of the Monaco running circuit collection. (Think: sporty crop tops and baggy denim, styled with billowing trench coats or pussy-bow blouses.) Keep your eye out for Celine’s new bag shapes come next season, too: the baguette-style shoulder bags are sure to be catnip for Slimane’s loyal army of acolytes.

The looks toward the end of the show shone most brightly. Quite literally, in fact: first came a run of glittering minidresses, sequinned jackets, and metallic pleated skirts, before giving way to a series of brilliantly theatrical hoop skirts constructed to echo the central dome of the château. (If there’s one thing Slimane has rediscovered over the past year, it’s his ability to weave a sense of place through his collections, and his innate knack for storytelling.) At the film’s conclusion, a model looks out across the lake in one of Slimane’s enormous skirts, a deer following behind her as fireworks erupt in the twilight sky. It was a perfect final note of couture-level fashion to finish a collection that masterfully blended the casual and the opulent.

Within his typically brief and cryptic show notes, the designer quoted a line from renegade Symbolist poet Arthur Rimbaud’s Les Illuminations: ​“I alone have the key to this savage parade.” In Slimane’s ever-versatile hands, however, this savage parade had a little something for everyone.