WHERE DID THE SHOW TAKE PLACE?

Saint Laurent ditched their usual epic Eiffel Tower-backdrop for the West Coast – Malibu’s Paradise Cove, to be exact. It was a waves-crashing, cool breeze affair.

The leopard-print invite was accompanied by a Saint Laurent-branded lighter and matches – to be worn with the Le Smoking jacket, perhaps?

The looks were modelled by an army of Mick Jagger-esque boys, including Liam’s lookalike son, Lennon Gallagher. Unbuttoned shirts, trenchcoats paired with denim shorts and less-skinny, more-baggy style trousers all featured, in part inspired by Marrakech in the 1970s (thanks to a collection of photographs that Jagger showed Vaccarello of him holidaying in the capital of Morroco in the disco decade). 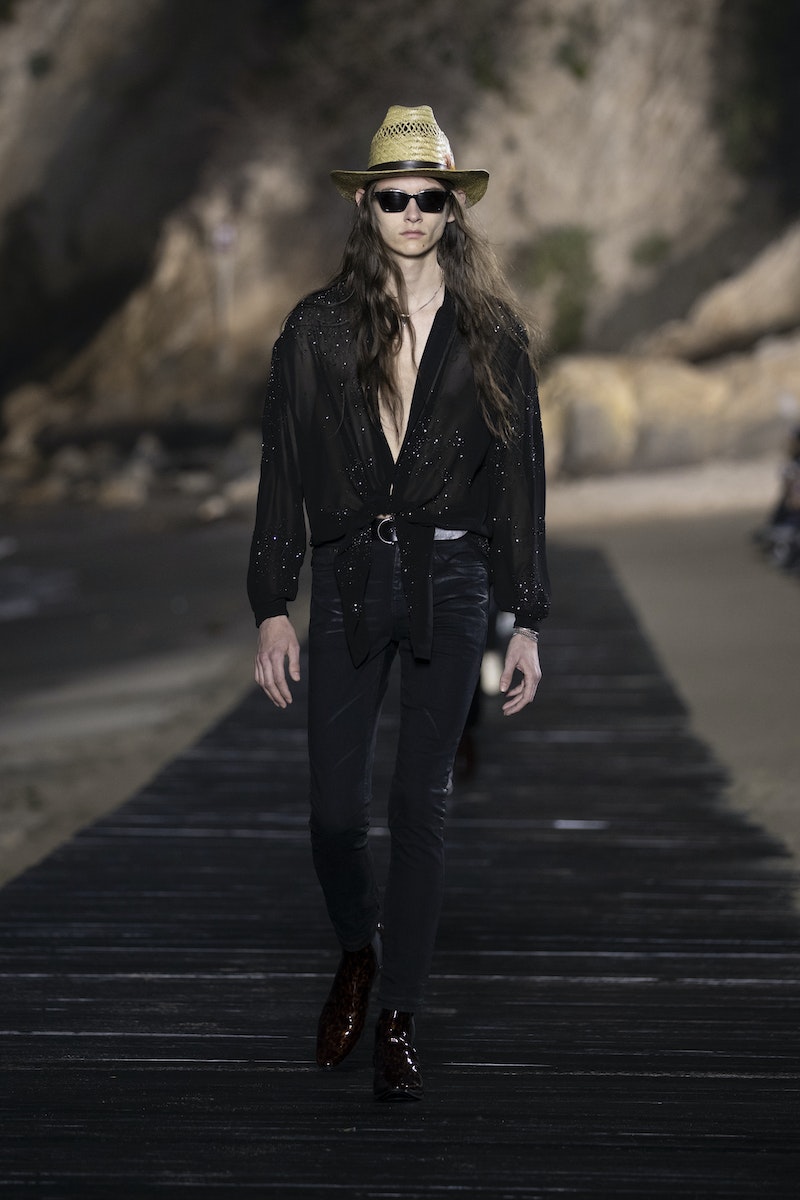 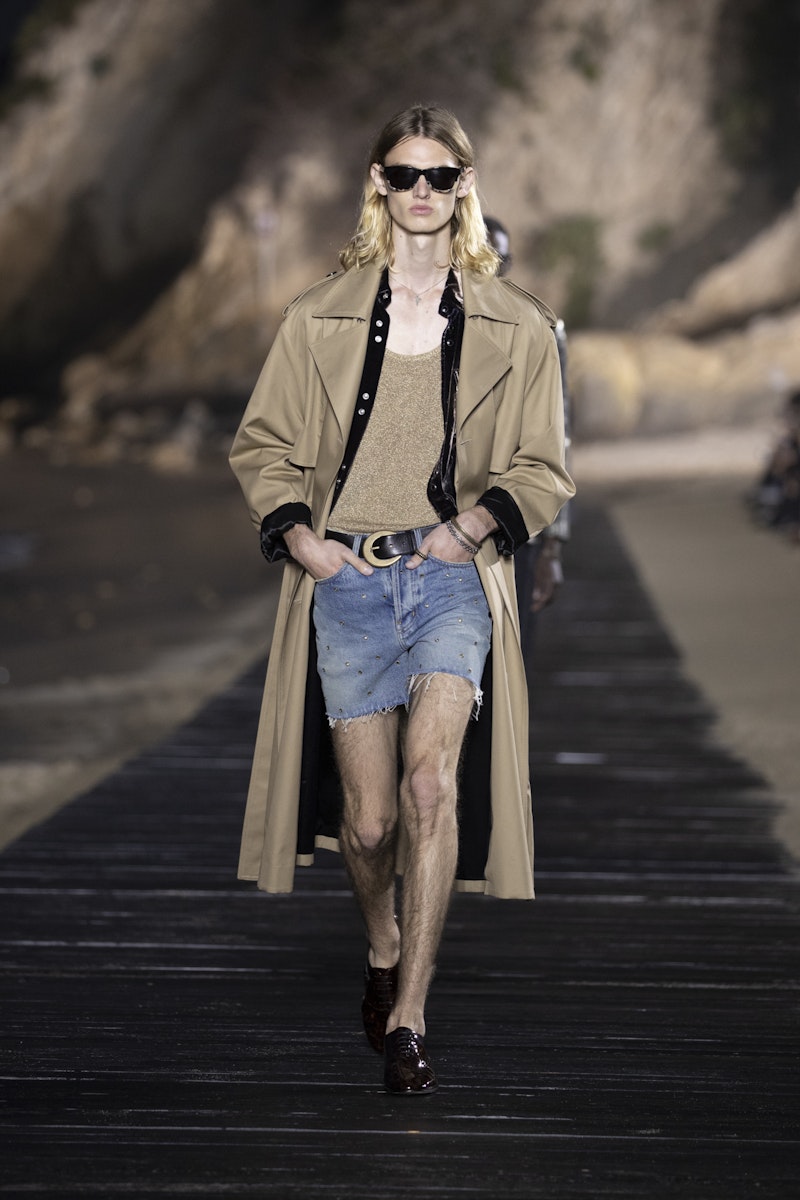 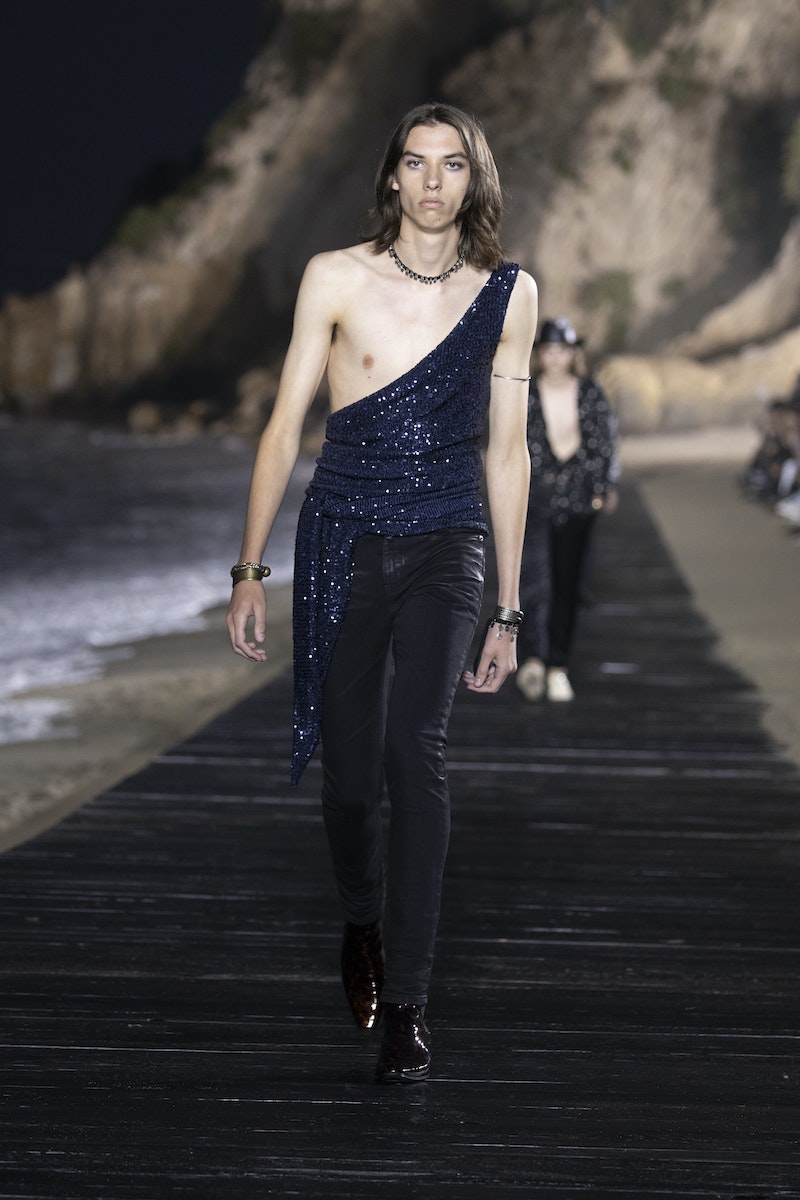 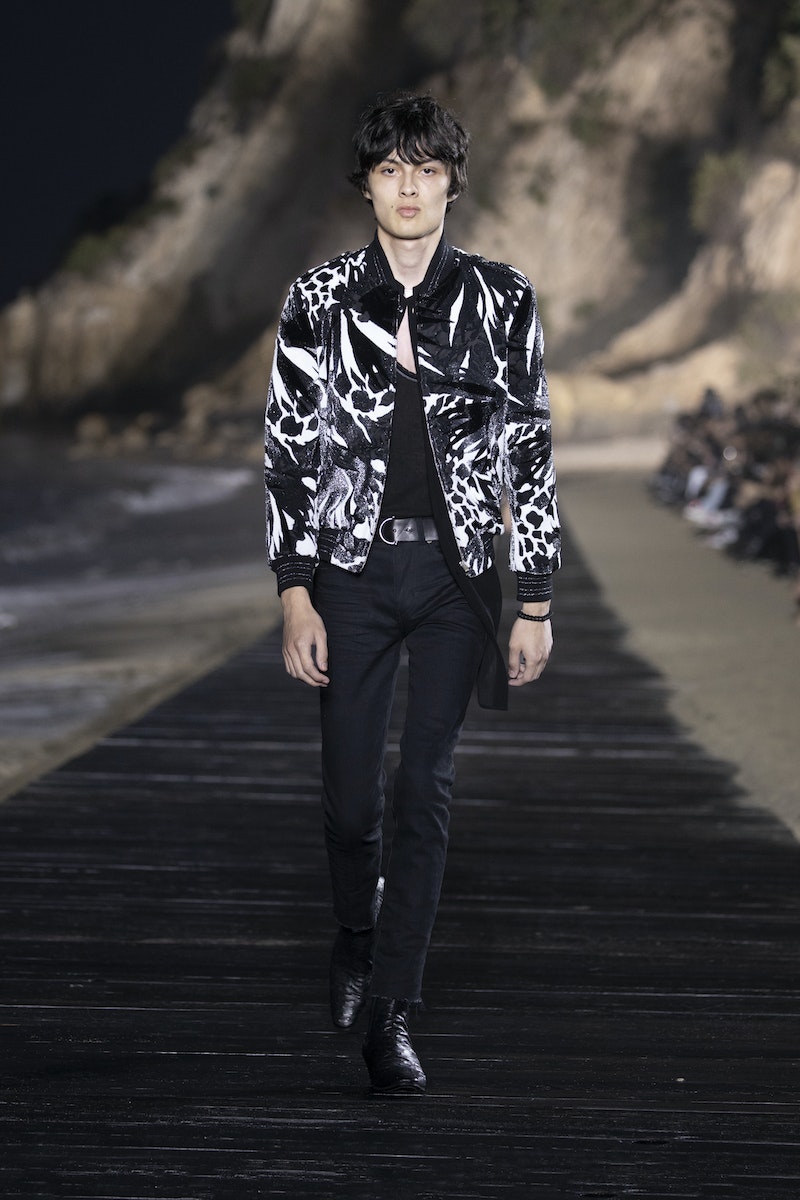 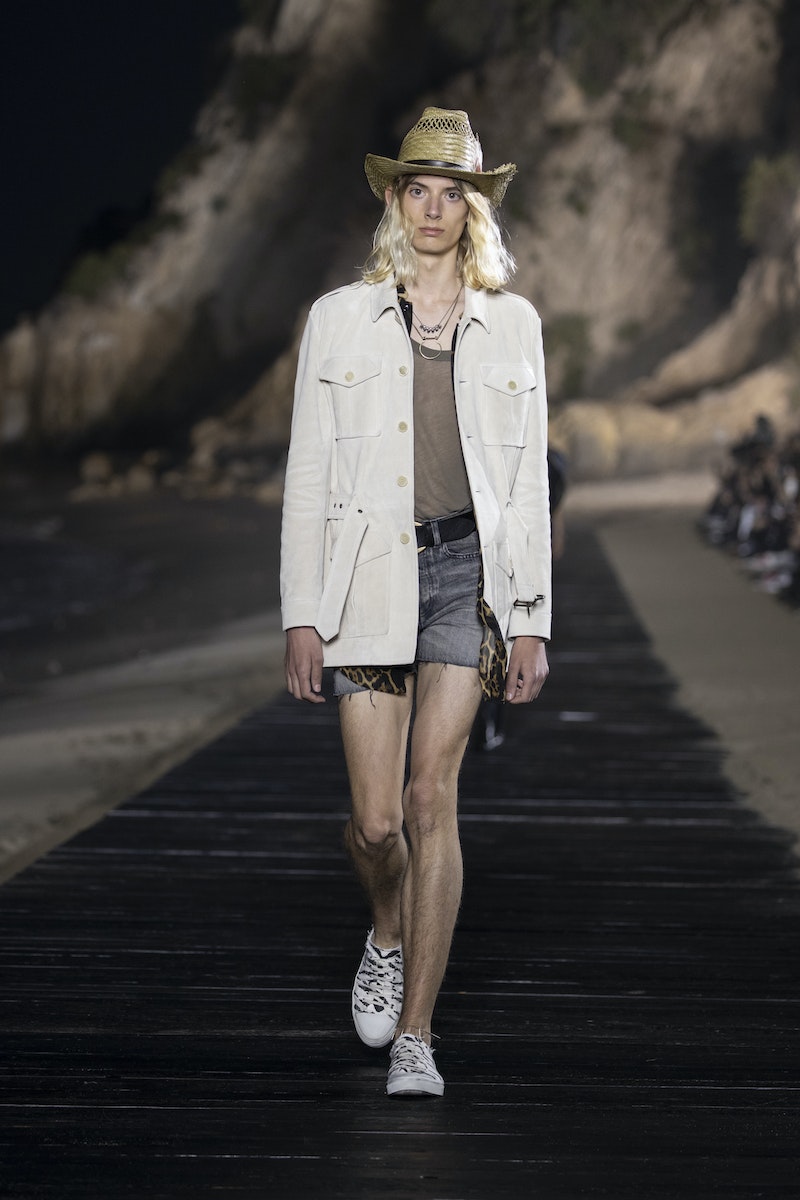 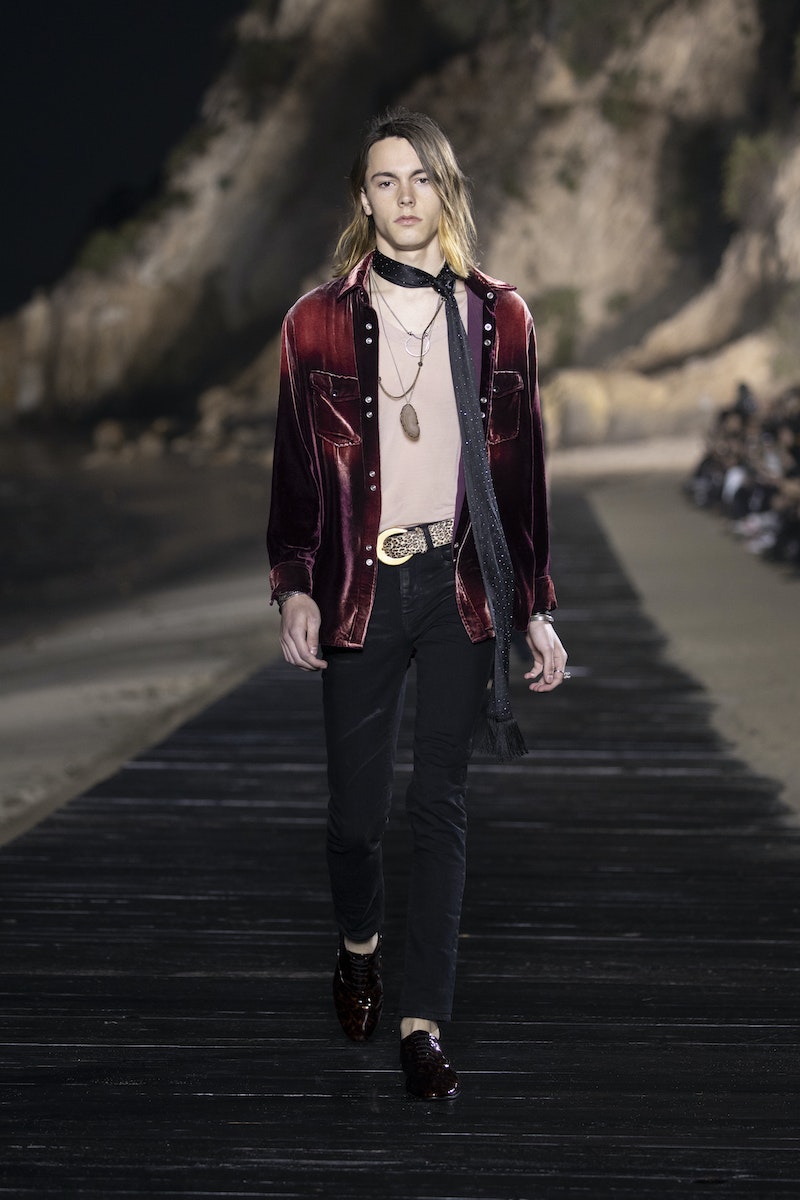 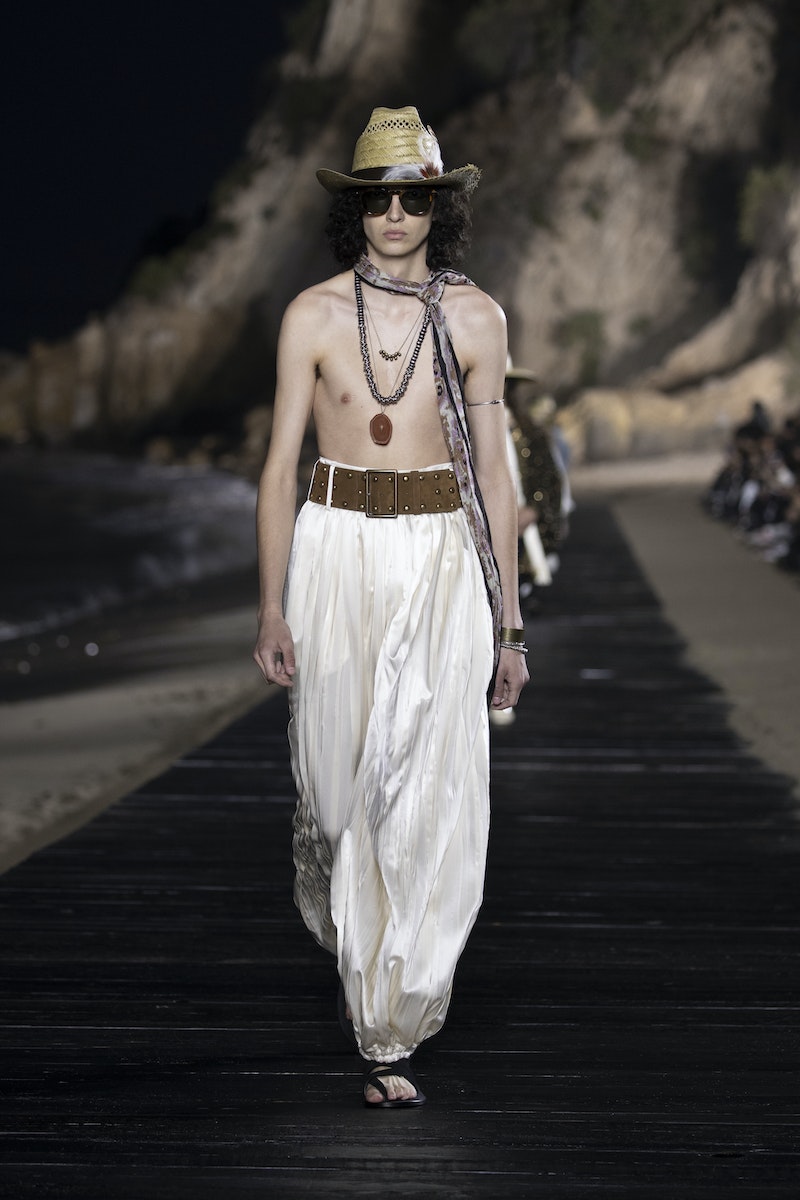 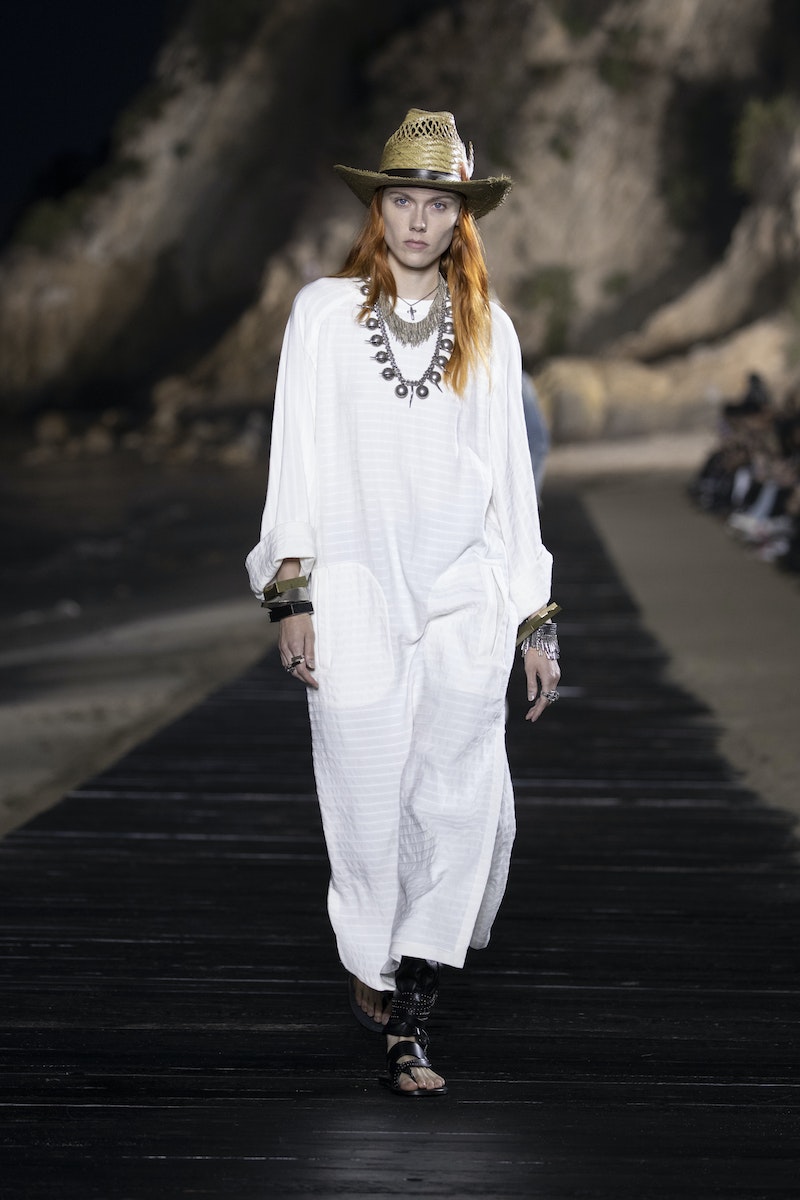 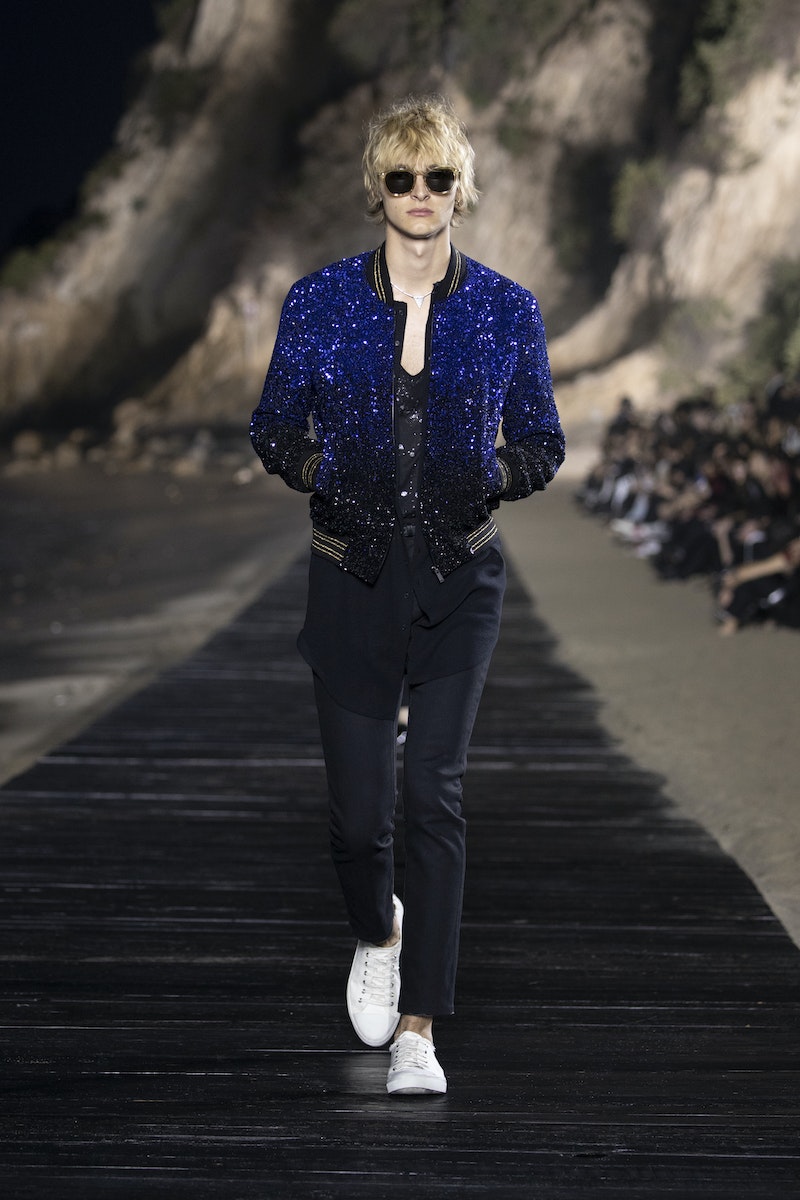 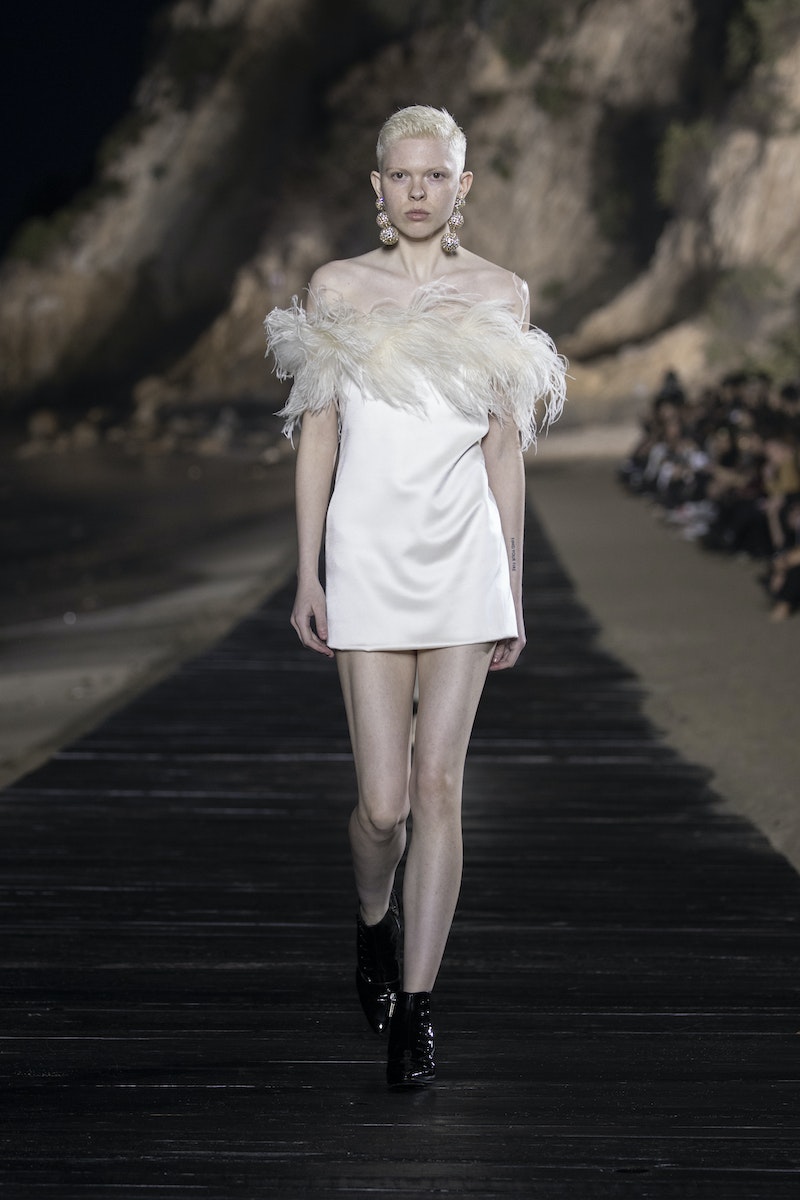 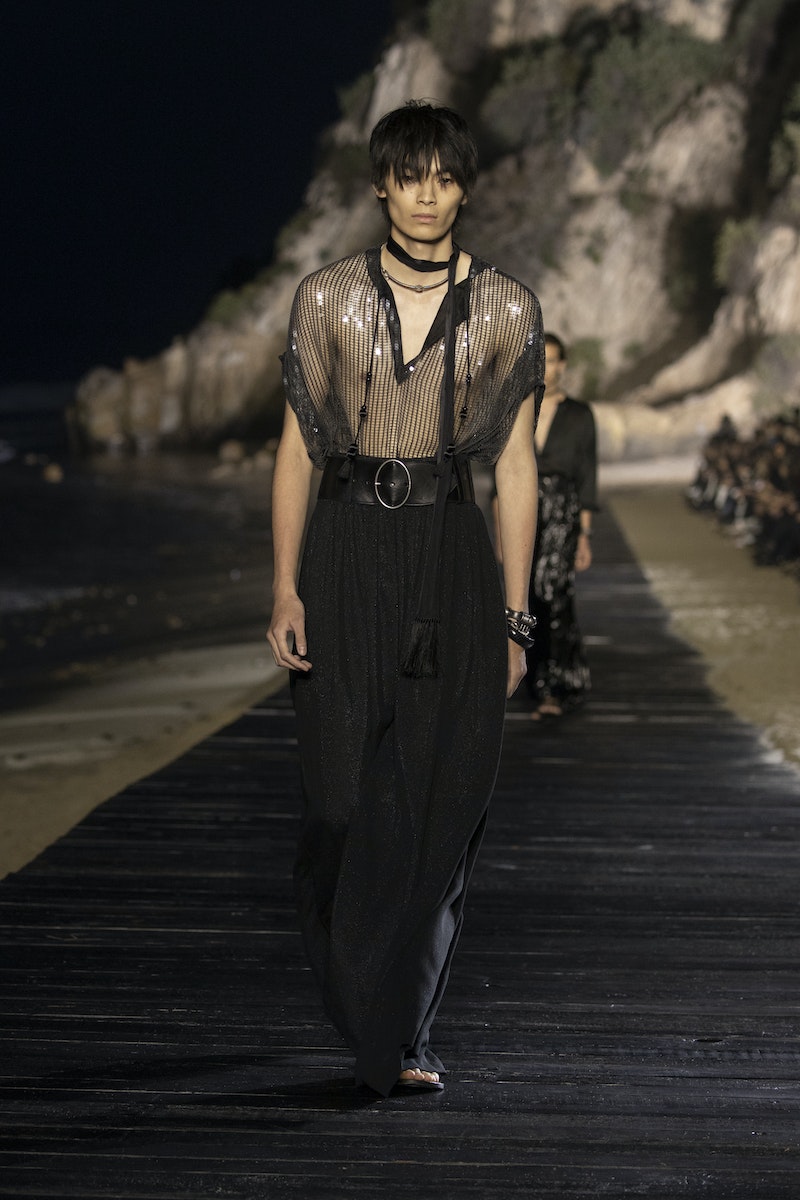