Your feet will be firmly on the ground next year, thanks to flip-flops making an unlikely appearance at this season’s shows. Like ​’em or lump ​’em, they looked undeniably stellar when worn with baggy trousers at Burberry’s show. Ferragamo took a less literal approach to the style, but incorporated the flip-flip’s core thong on minimal leather sandals. And for the alt-heads, Miu Miu and Coperni sent heeled versions down the runway. The possibilities are flipping endless. 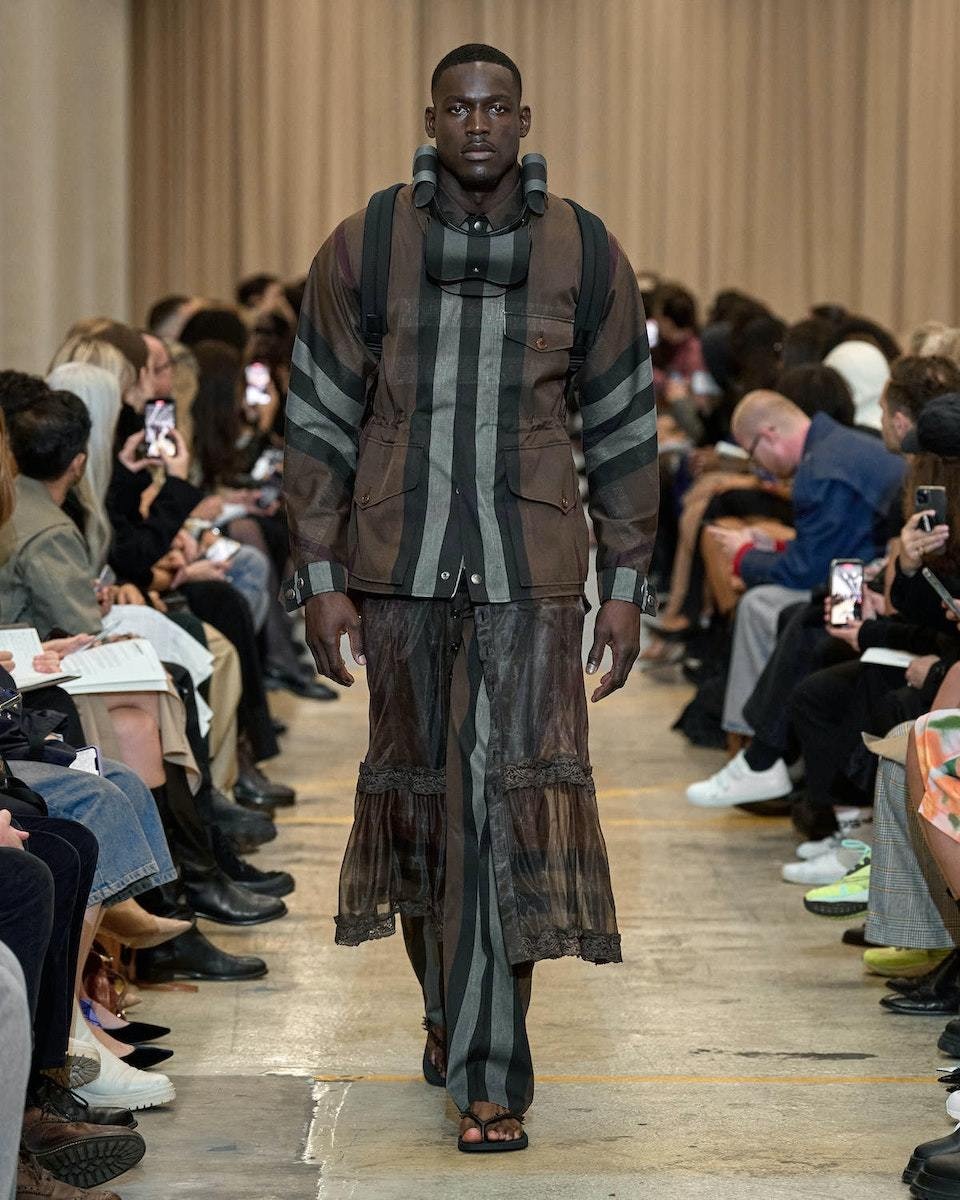 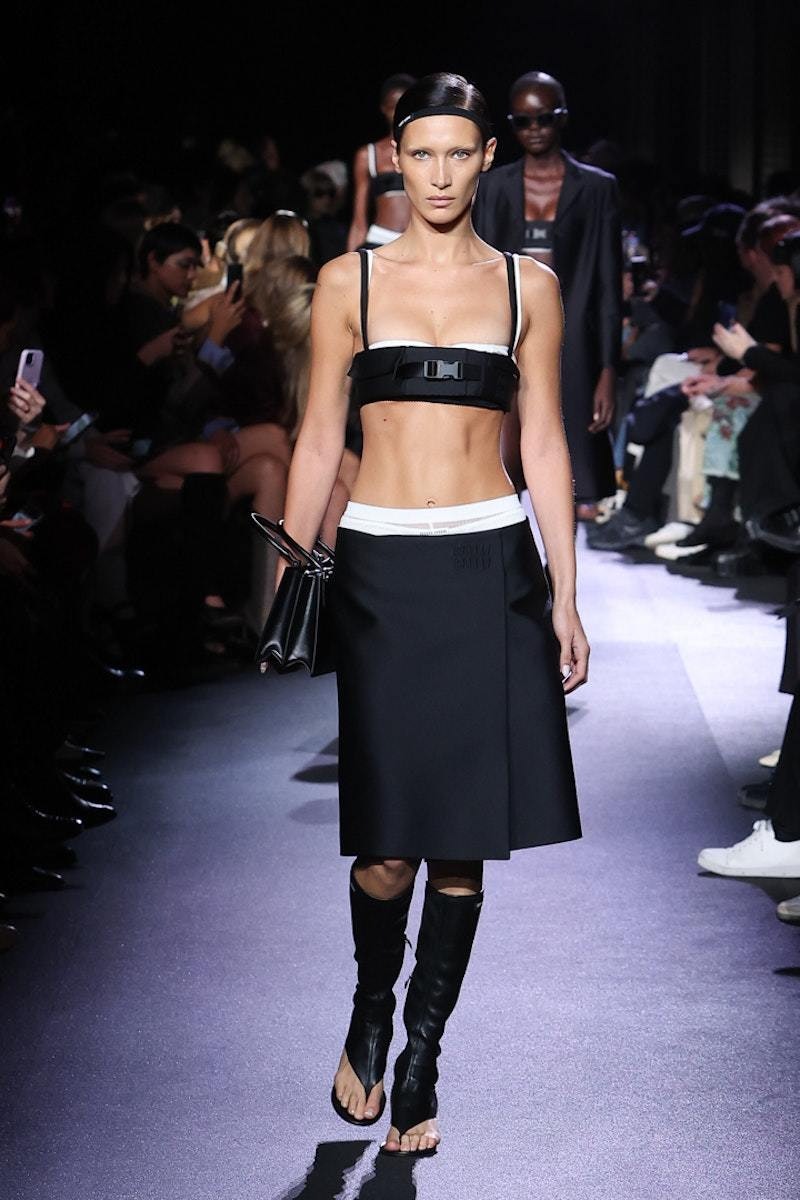 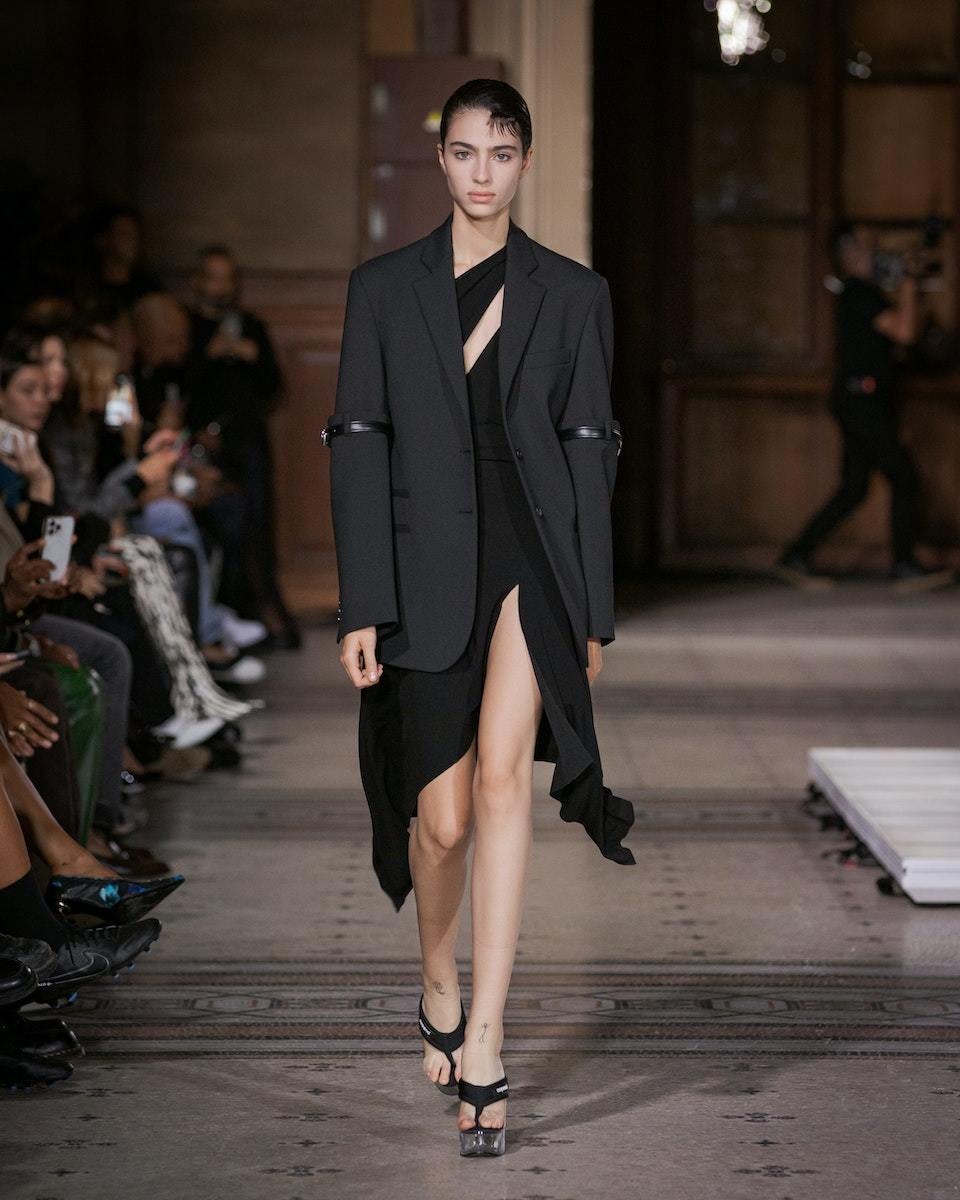 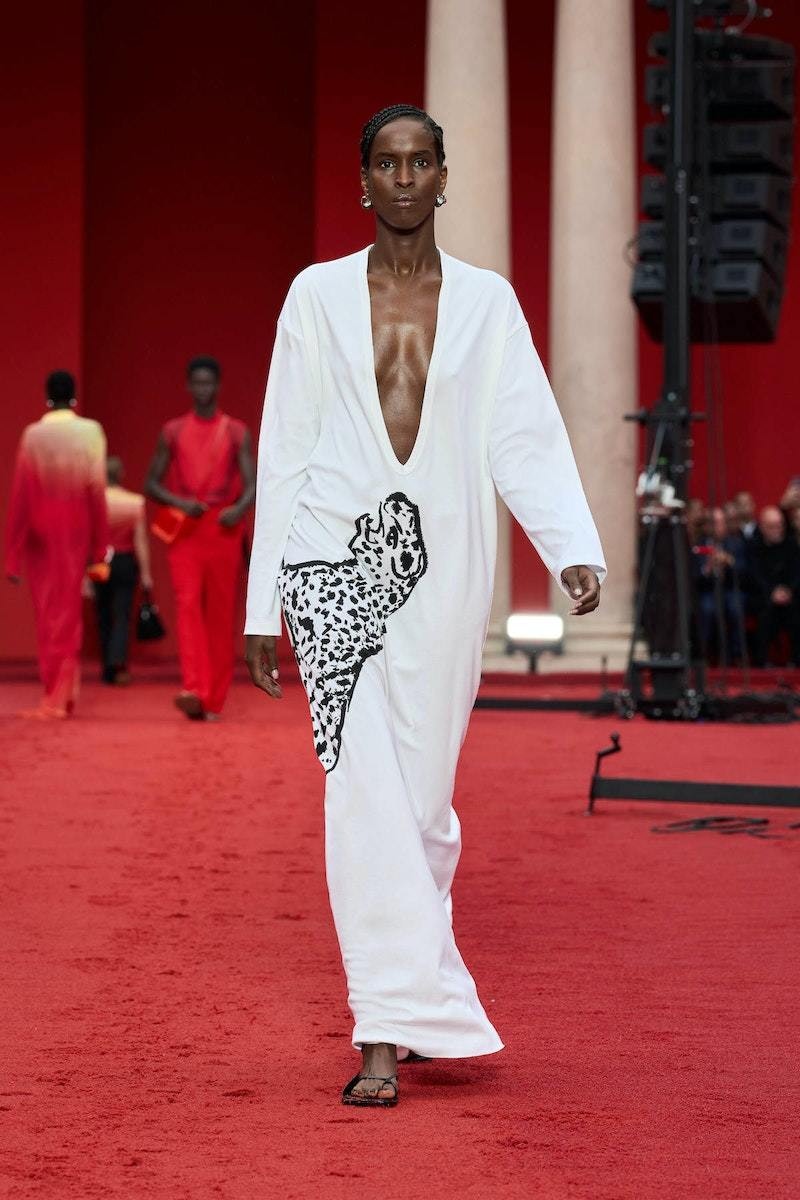 Practicality was big this season, with designers – namely Miuccia Prada and Raf Simons – hammering in messages of functionality. Miu Miu in particular took an ​“anti-ostentation” stance, offering clothes to see you through the busy day, with enough pockets to stuff your keys, cards and crisps in. At Miu Miu, pockets protruded from mini skirts, leather coats and shorts like small bags, while at Prada they were more muted, blending into blazers, leather jackets and overcoats. 16Arlington modernised embellished mini-dresses with handy side pockets, Fendi attached them to silk military skirts and trousers, and Diesel added pockets on the front of a very sexy pair of cargos. 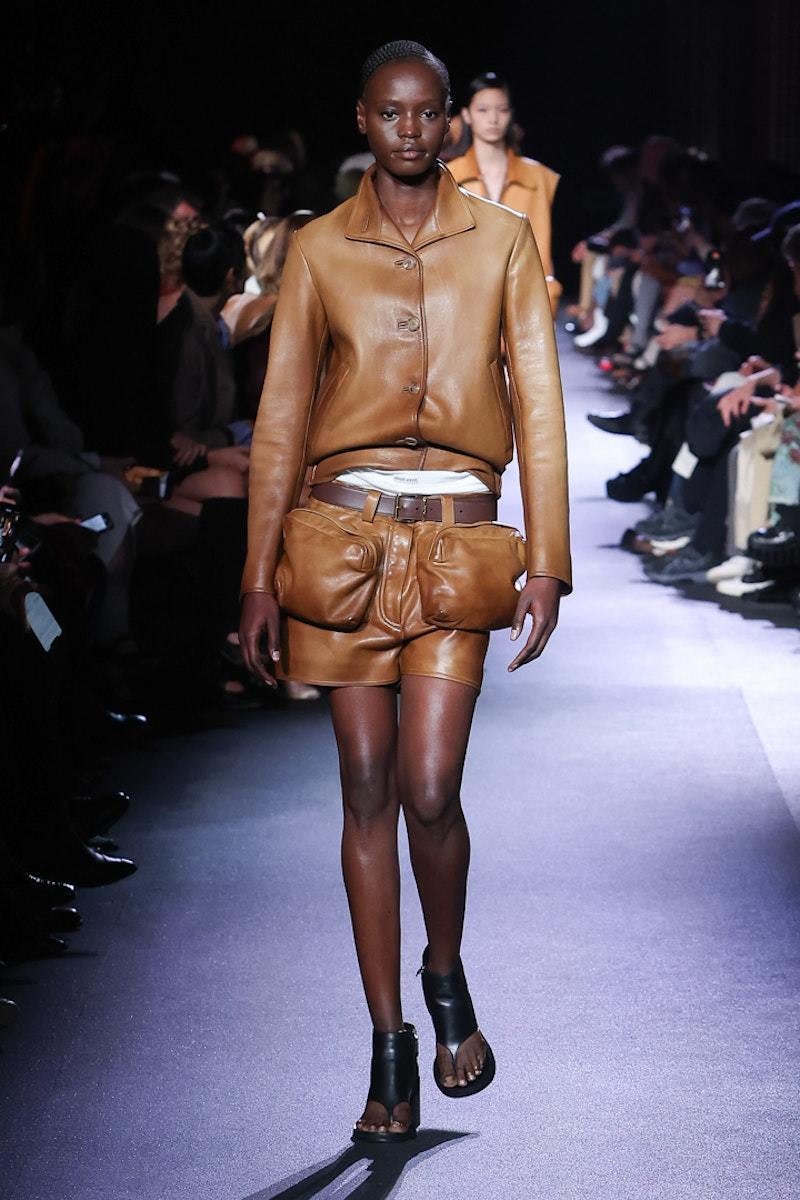 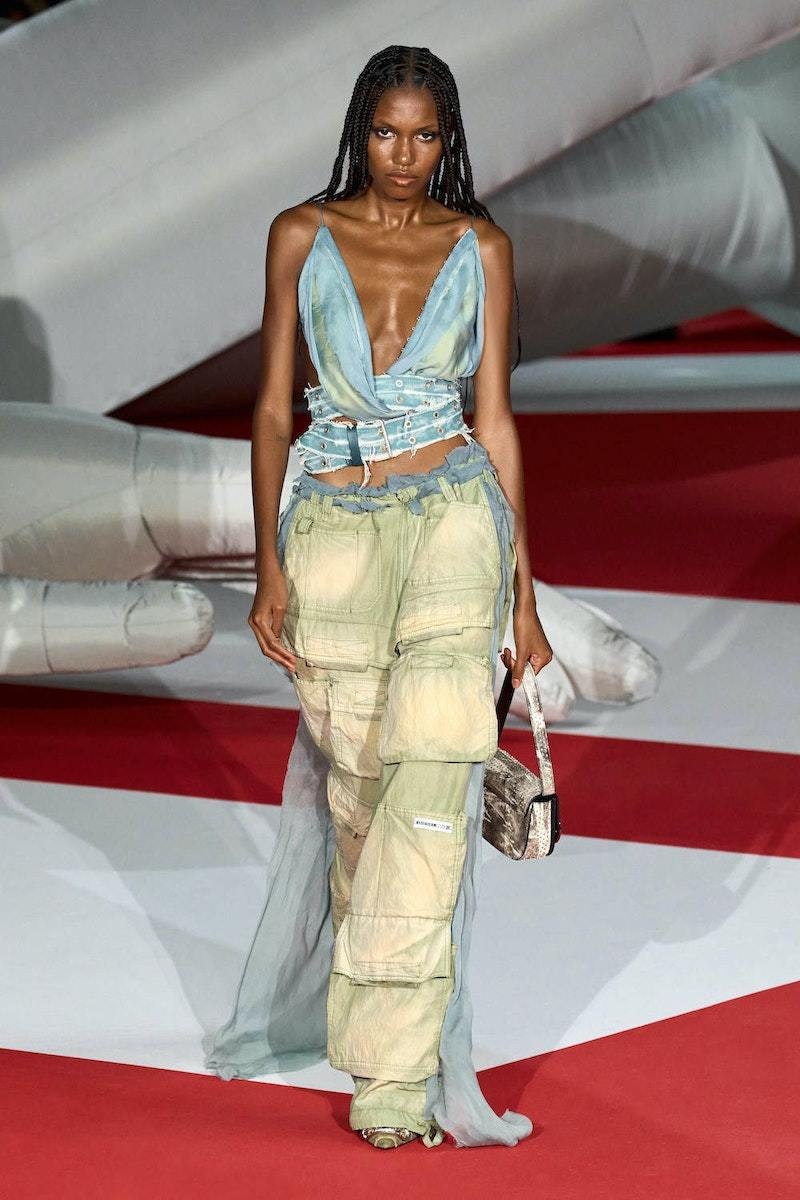 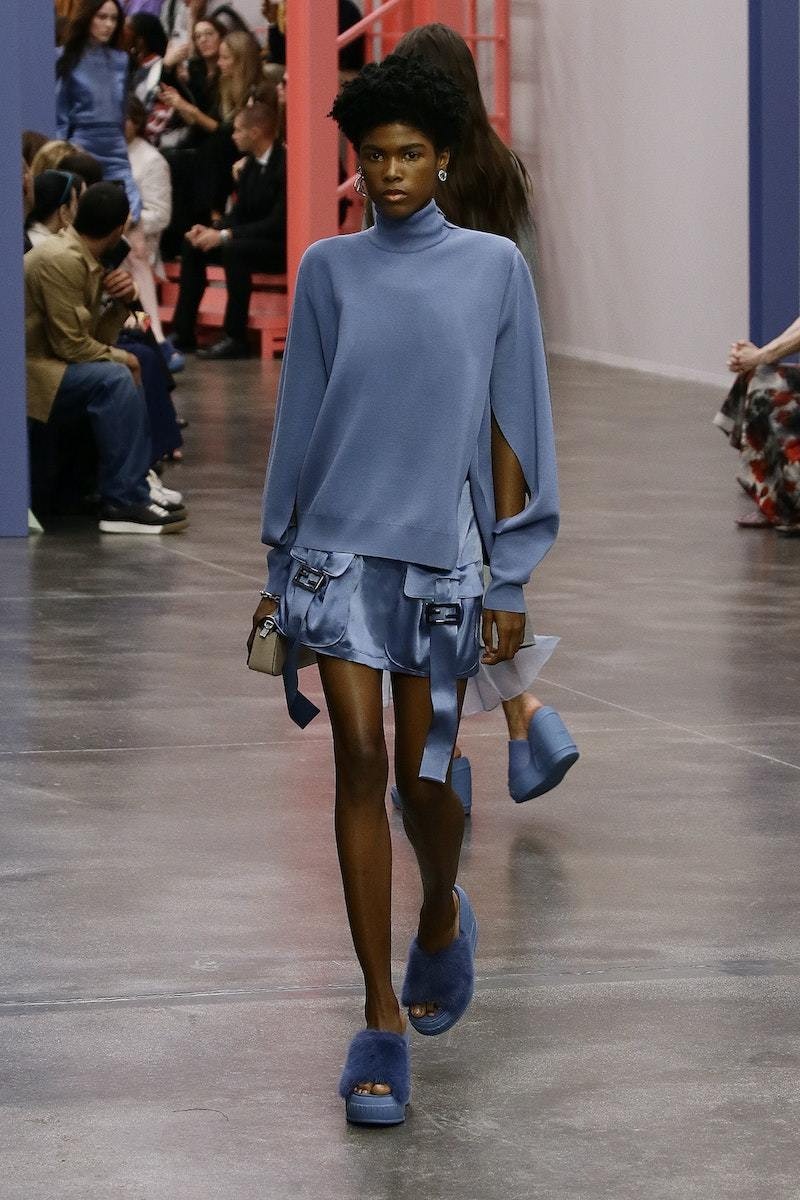 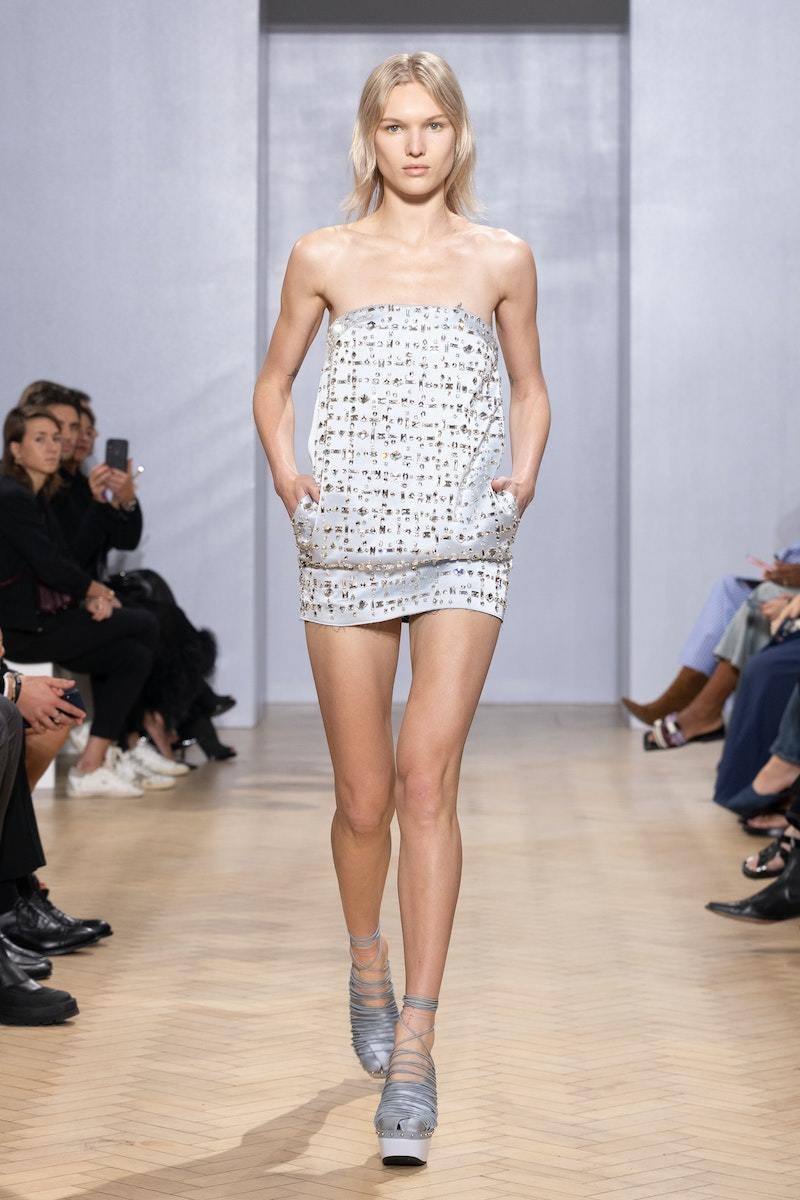 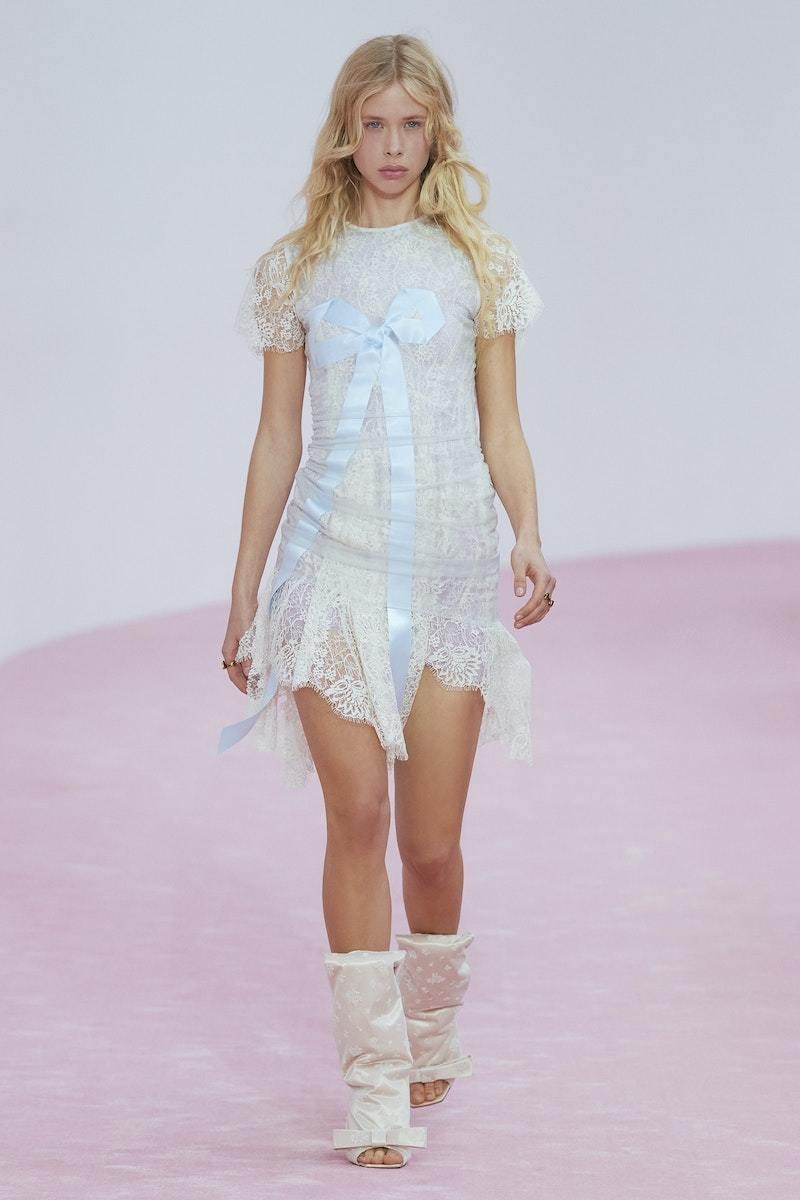 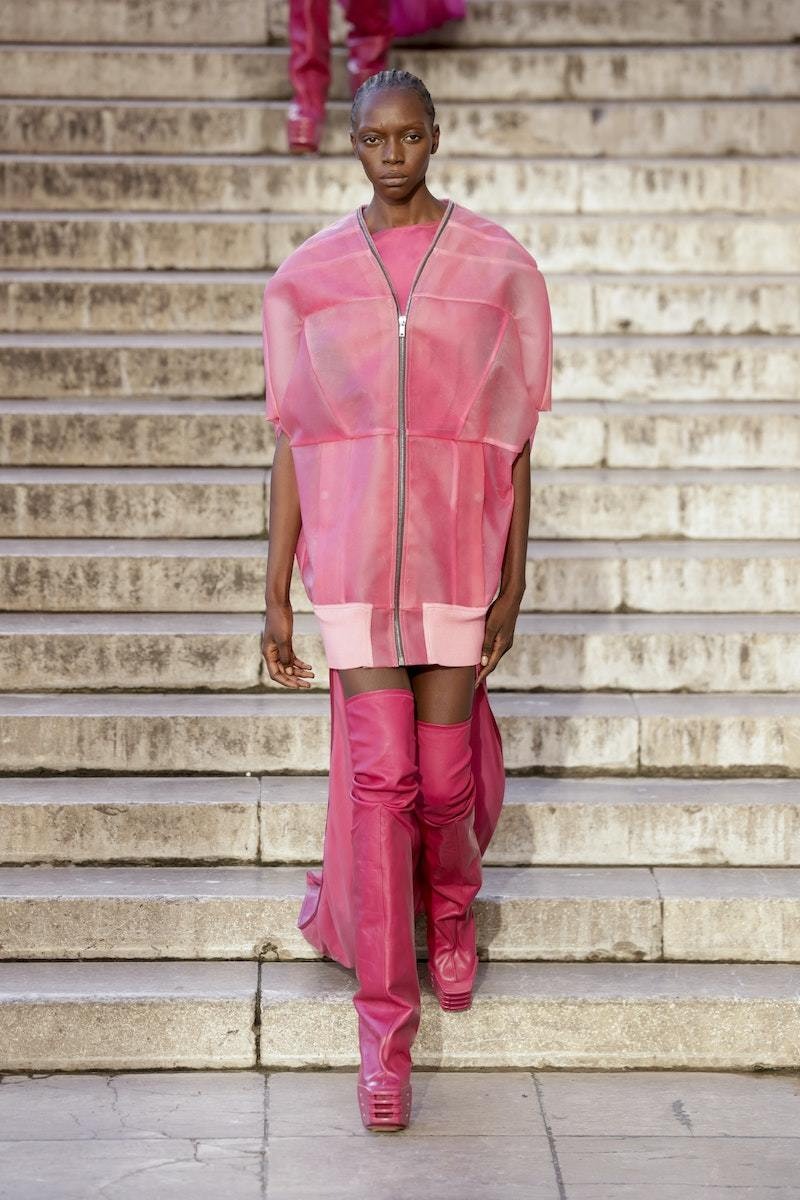 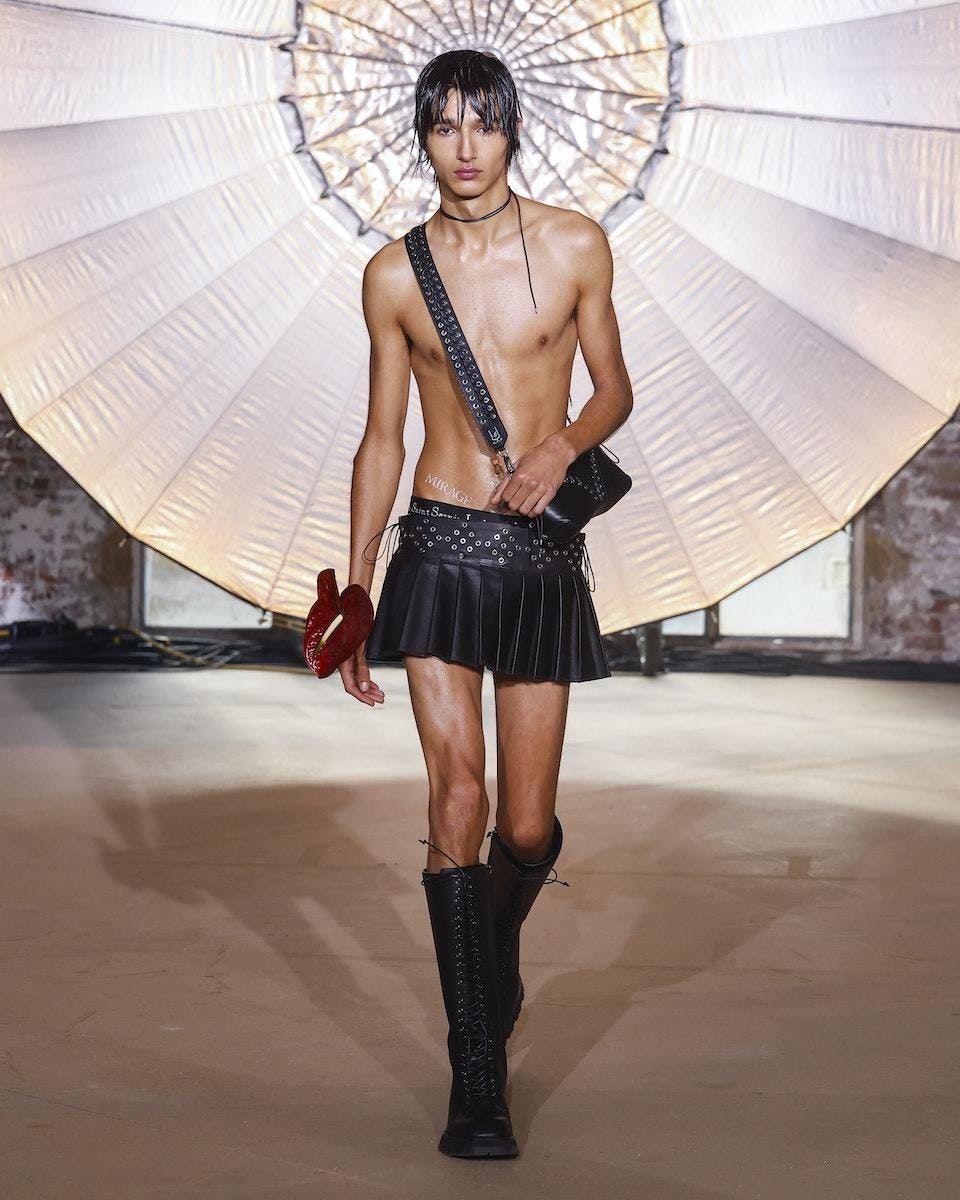 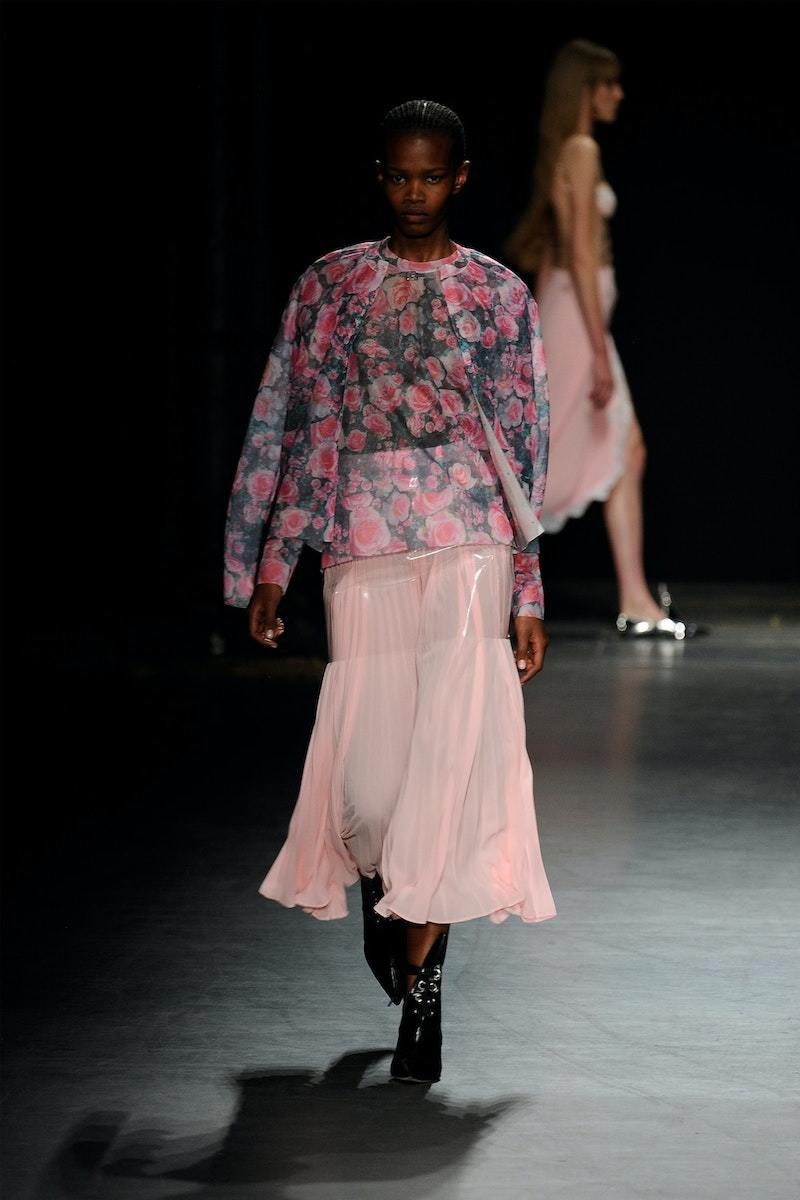 Traditional suiting was given a subversive spin this season, with sharp shoulders, angular lapels and tailored trousers remixed by Newgen designer Sinead O’Dwyer. Looking at stage outfits from classic concerts for reference, she made blazers with visible boob cups, smart black trousers with added zippers and fitted white shirts that felt wickedly punk. Amongst the intricacy of Nensi Dojaka’s delicate dresses, razor-sharp power blazers were thrown on top, while Stella McCartney’s ode to her ​’90s party girl past saw waistcoats and low-slung trousers retain modernity. 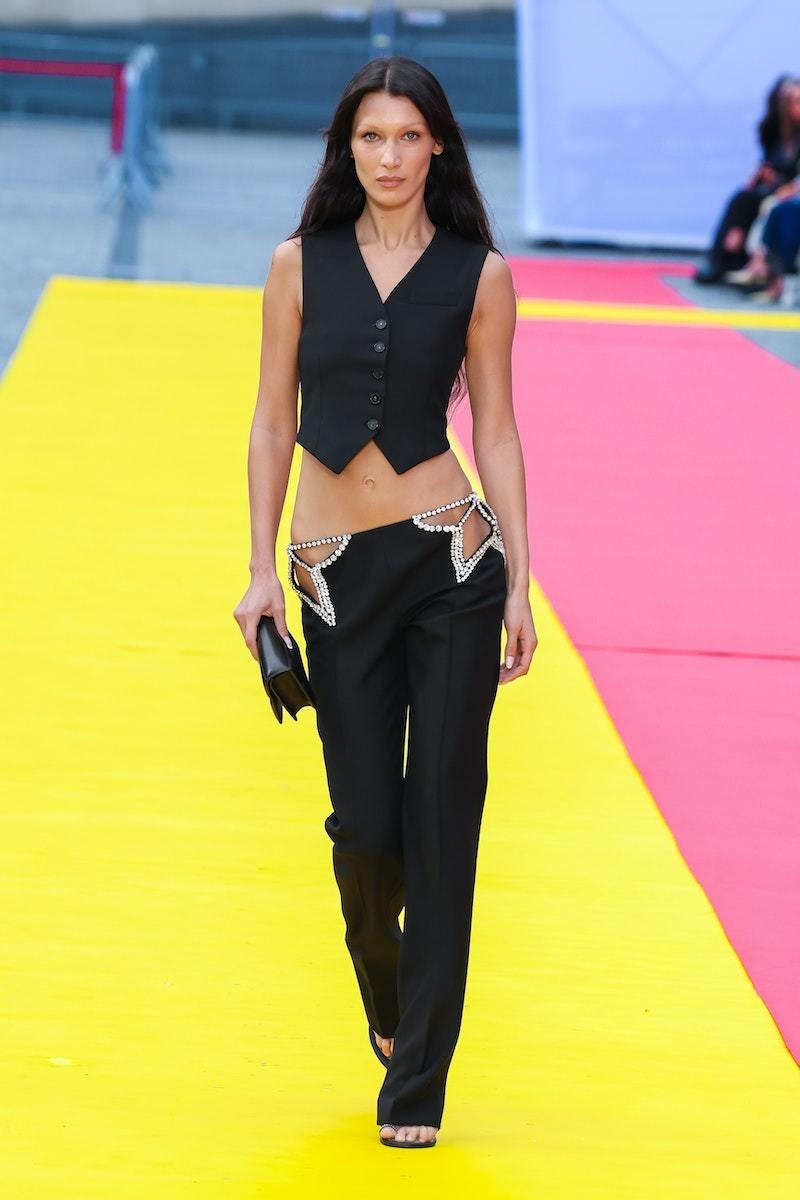 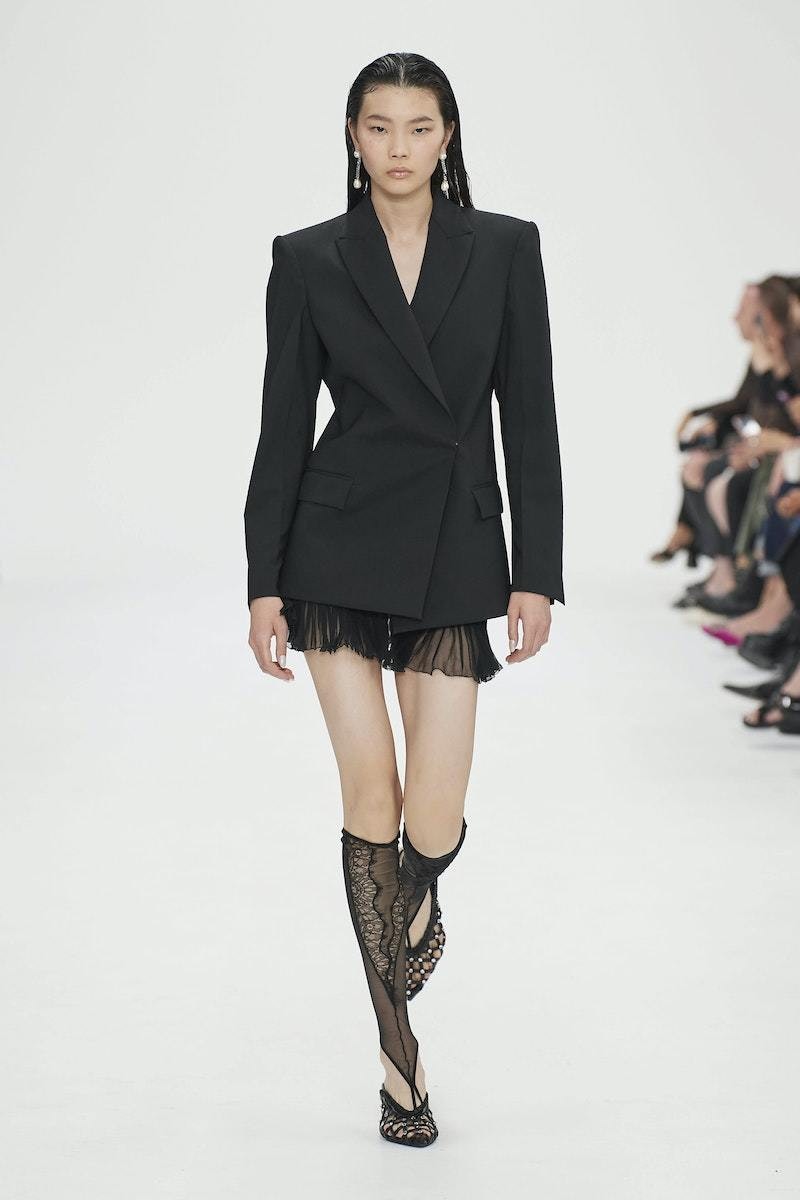 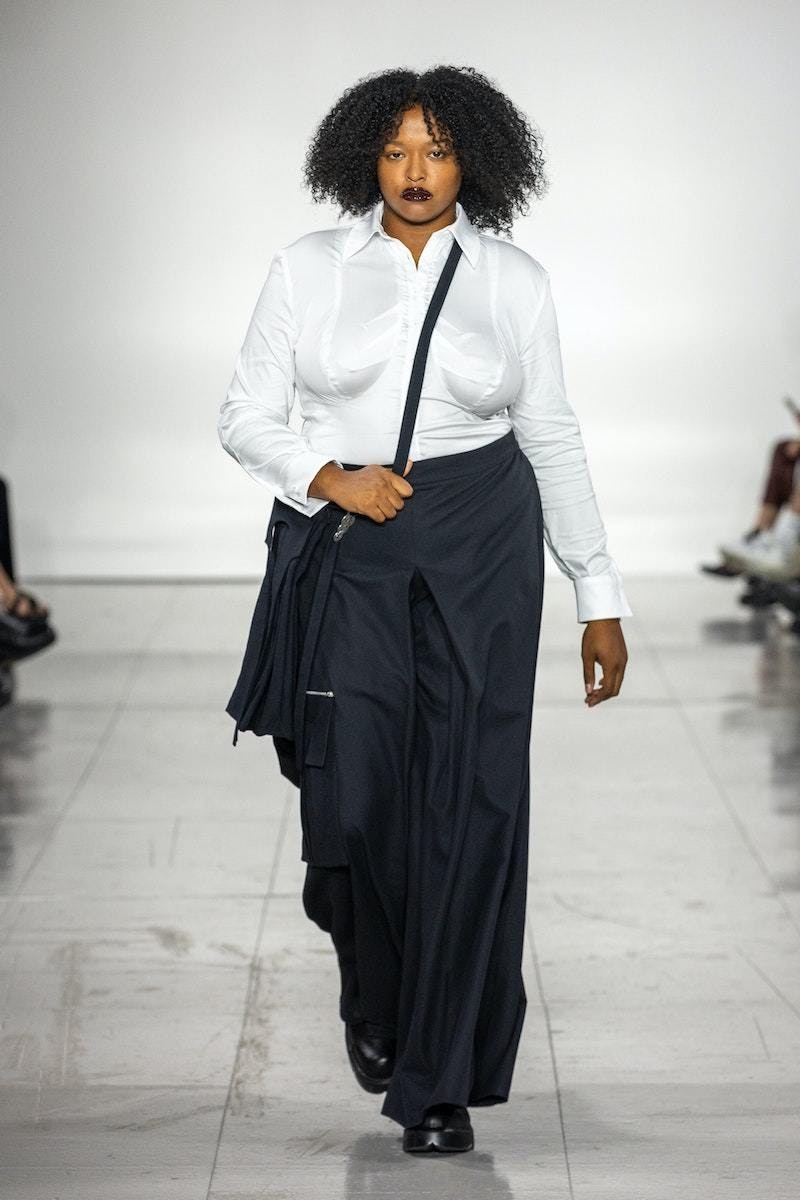 In a first, Dilara Findikoglu bubbled up some denim from her cauldron of underworld fashion – and the result was sexy. Loose-legged with hole detailing, she was just one of the designers who brought new meaning to our blue best friend for SS23. KNWLS turned acid-wash denim into a jacket cut like a corset, and also knocked out a belted trench coat for added satisfaction. Newgen designer Masha Popova’s runway debut went all trippy, with psychedelic prints on floor-length denim skirts and deconstructed bralets, while Blumarine followed similar themes to Findikoglu, looking to the depths of the sea for dark denim inspo alongside religious iconography. And finally, Chet Lo went for something a little more meditative, choosing calming white for low-slung trews. See, one size never fits all. 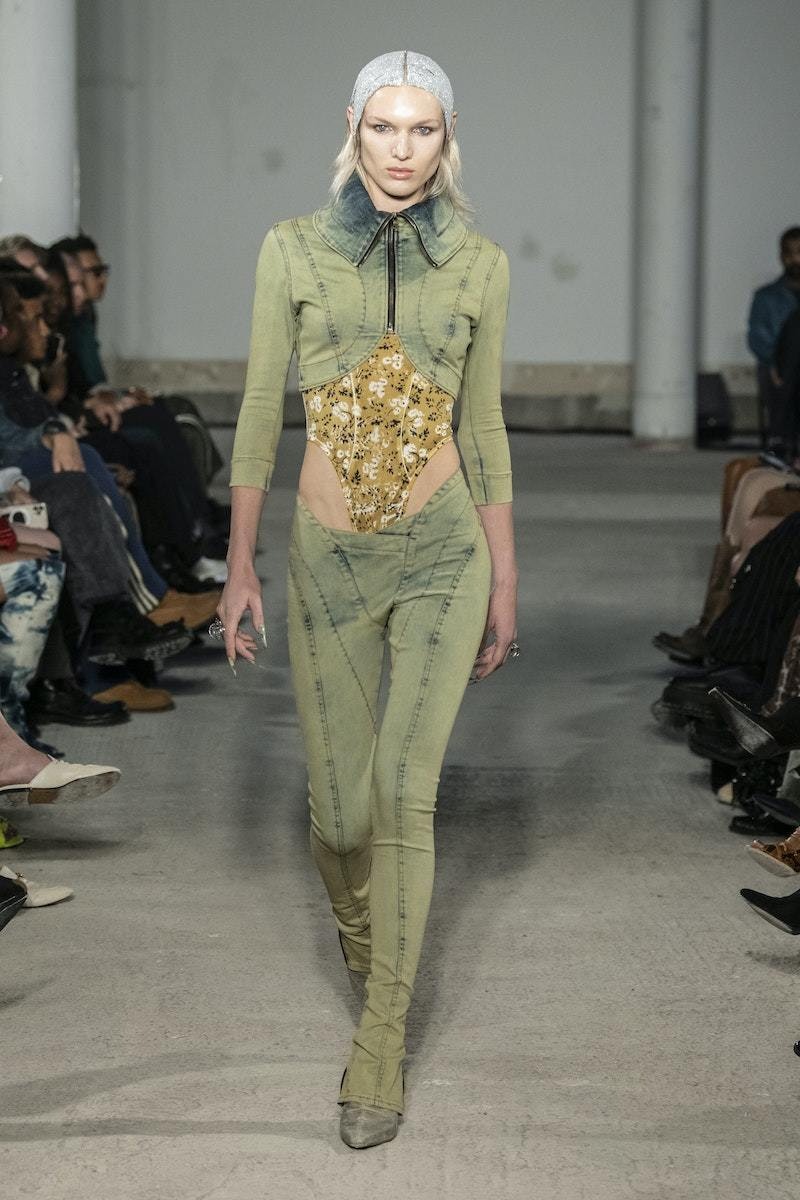 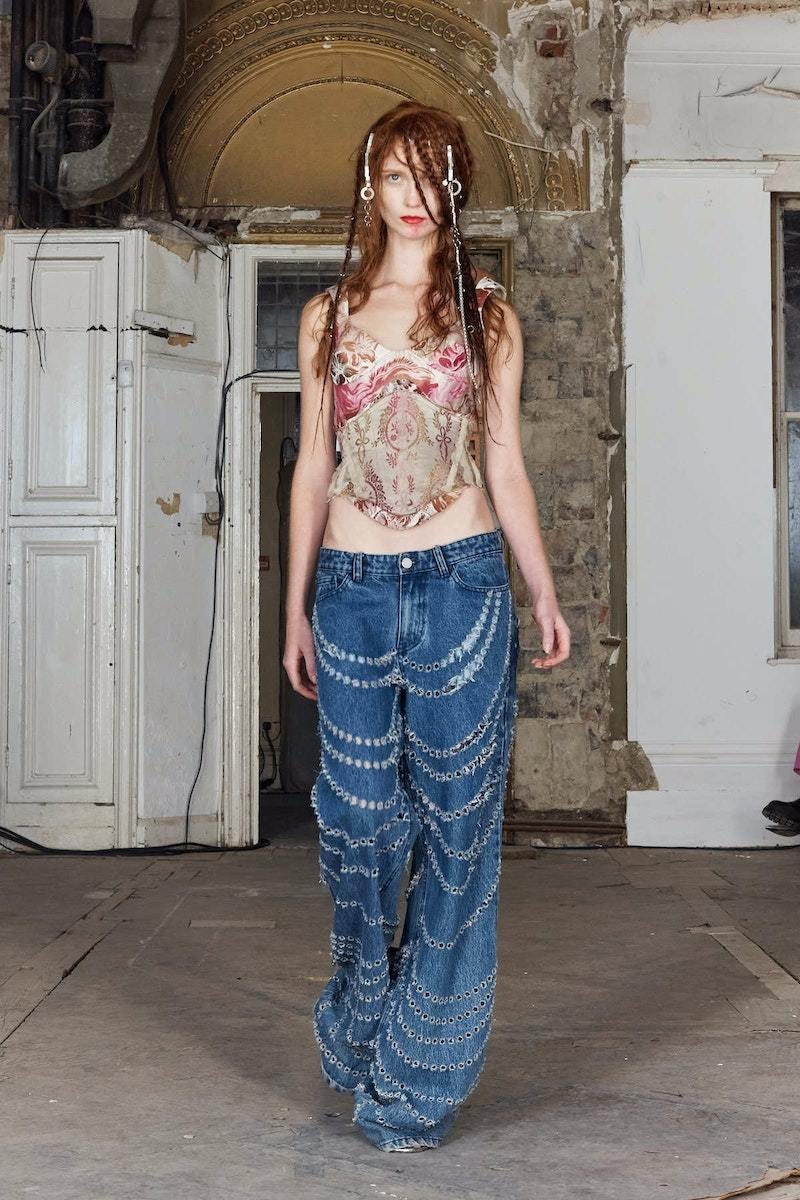 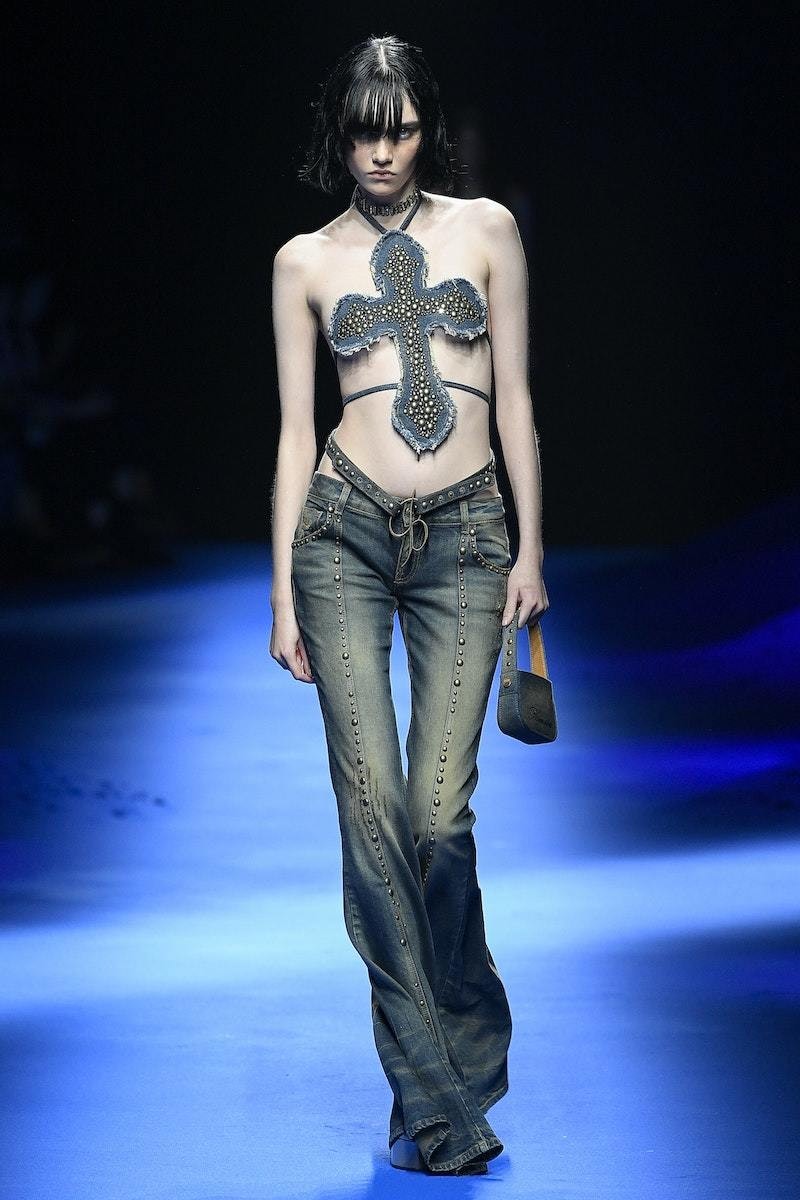 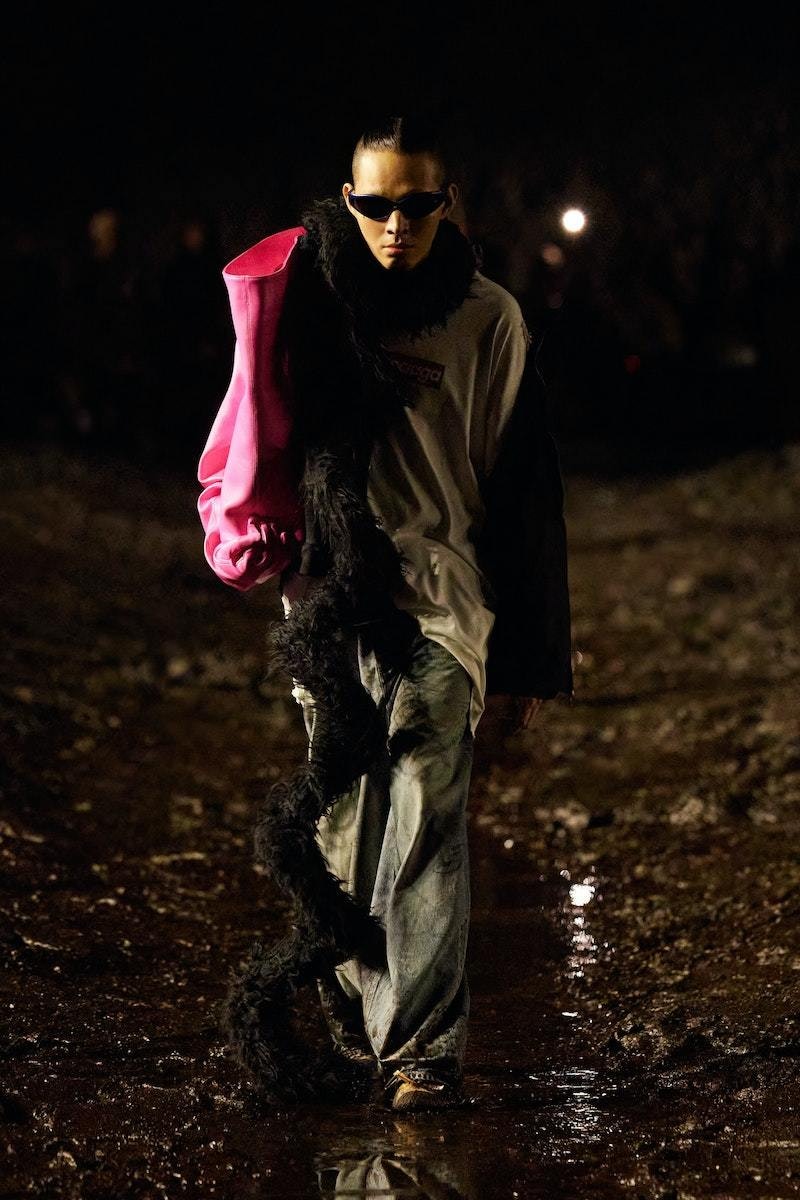 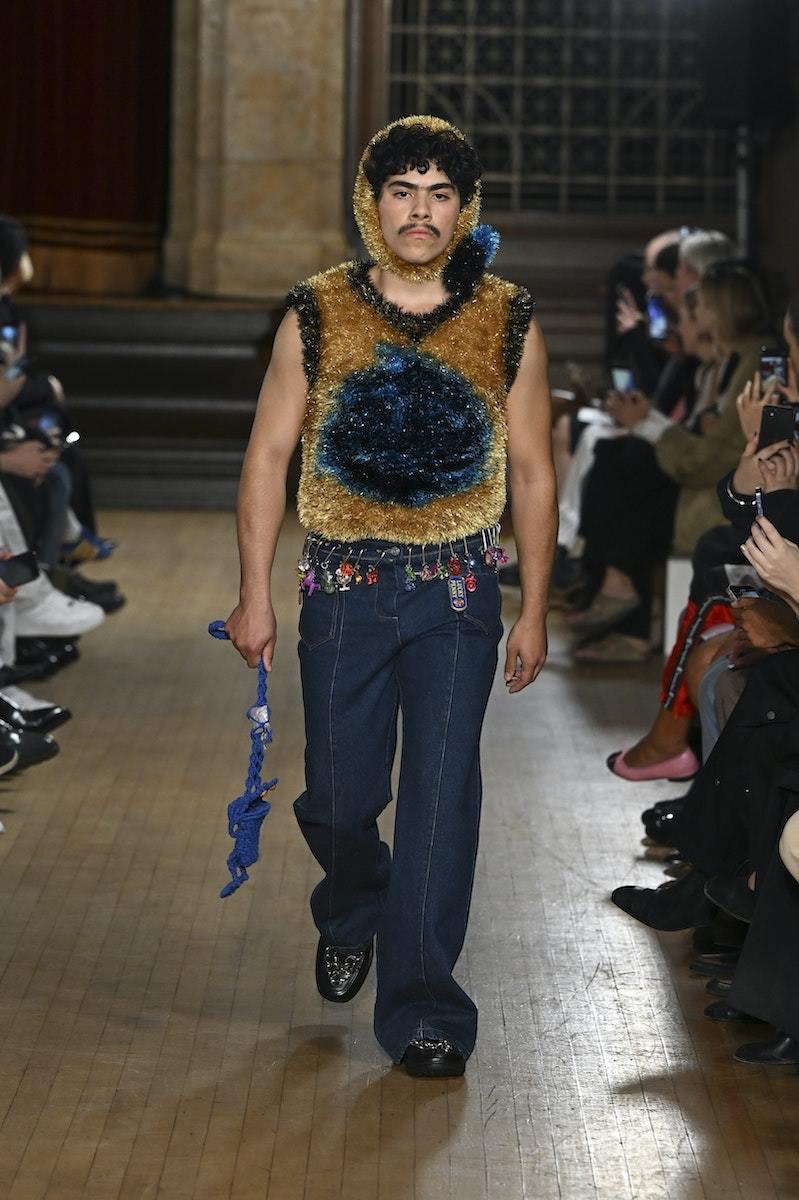 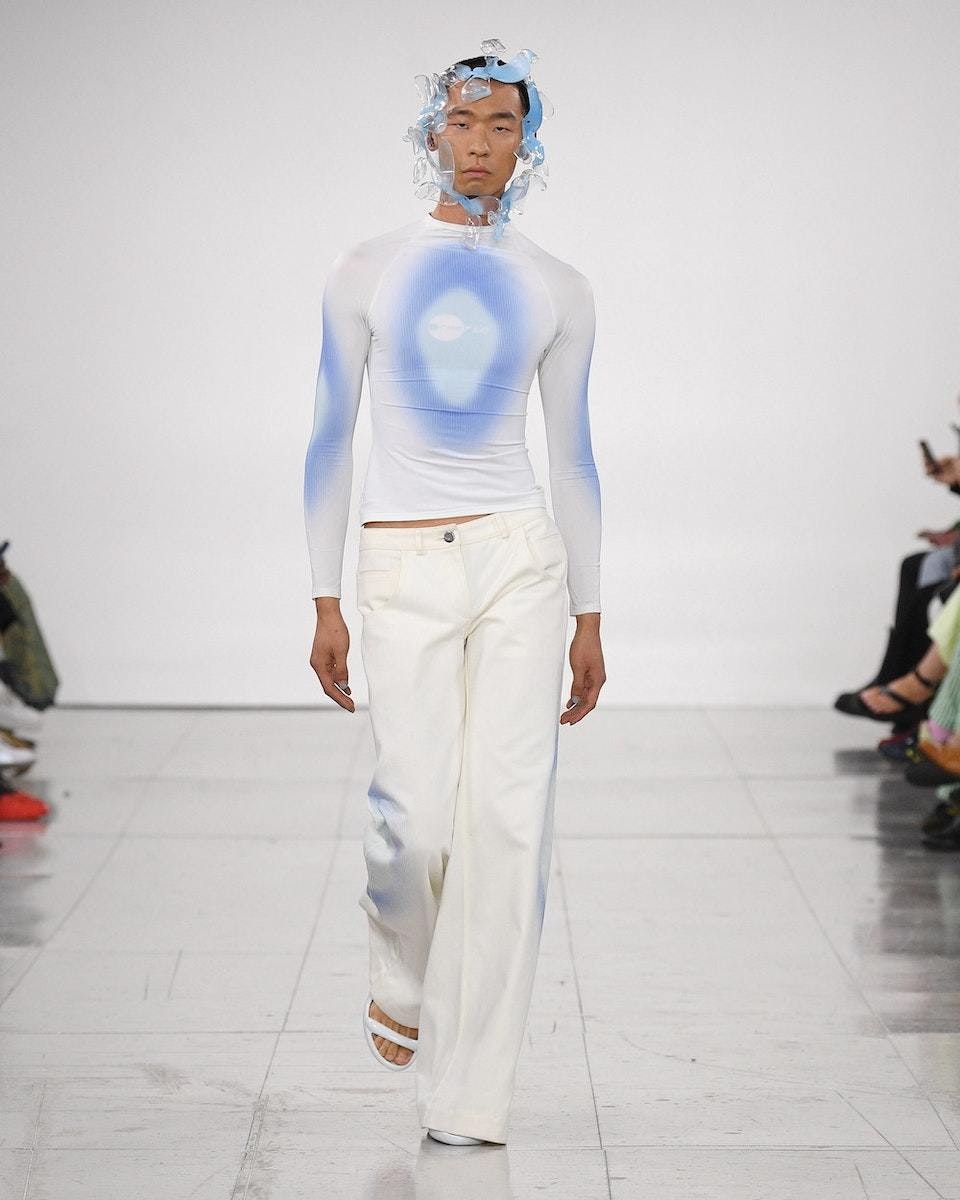 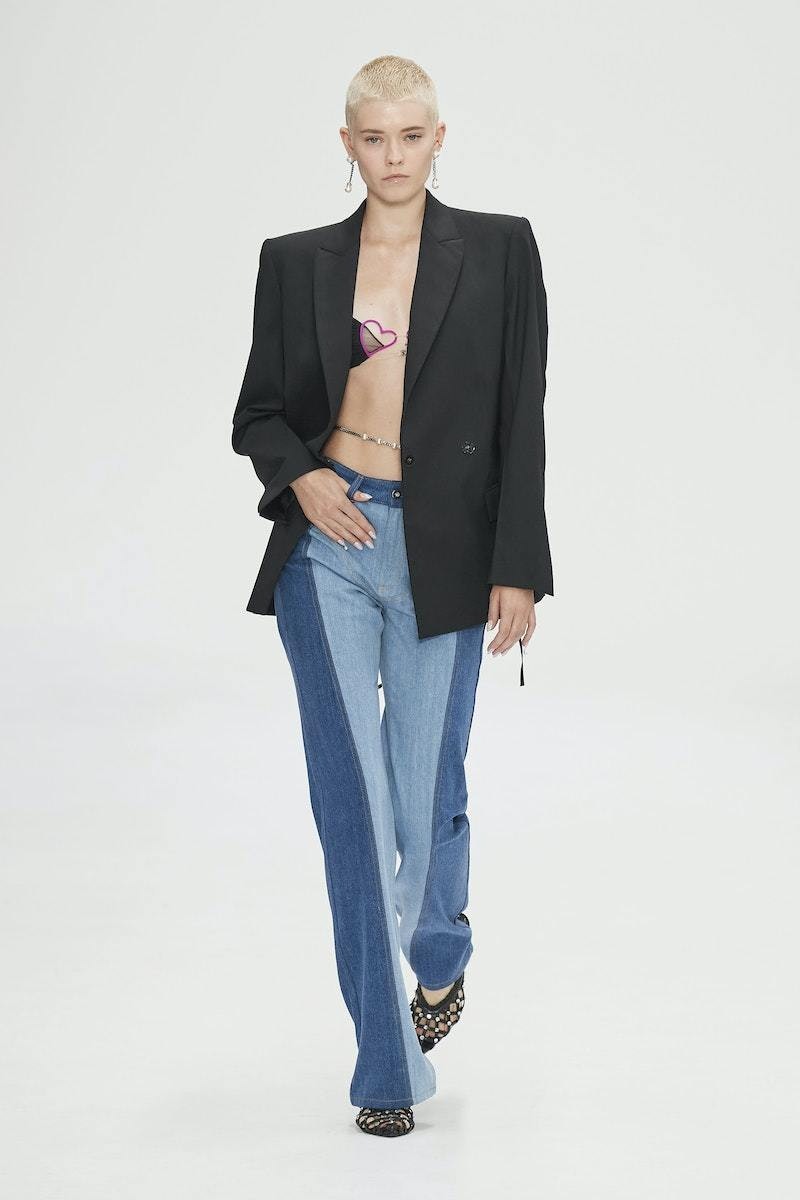 At some shows, the magic was in the styling. MM6 set the tone with its irreverent layering of vests over vests, to the point of it looking like models had been caught in a fitting room. Over at Miu Miu, stylist Lotta Volkova layered up soft, creamy cashmeres and cottons in muted tones in a way that felt subtly romantic. DSquared2, on the other hand, was a mad-hatter affair, with Bermuda shorts styled over embellished trousers, three shirts piled on top of one another, and tiny bikini bandeaus worn over lycra scuba tops. Less is more? Forget it. 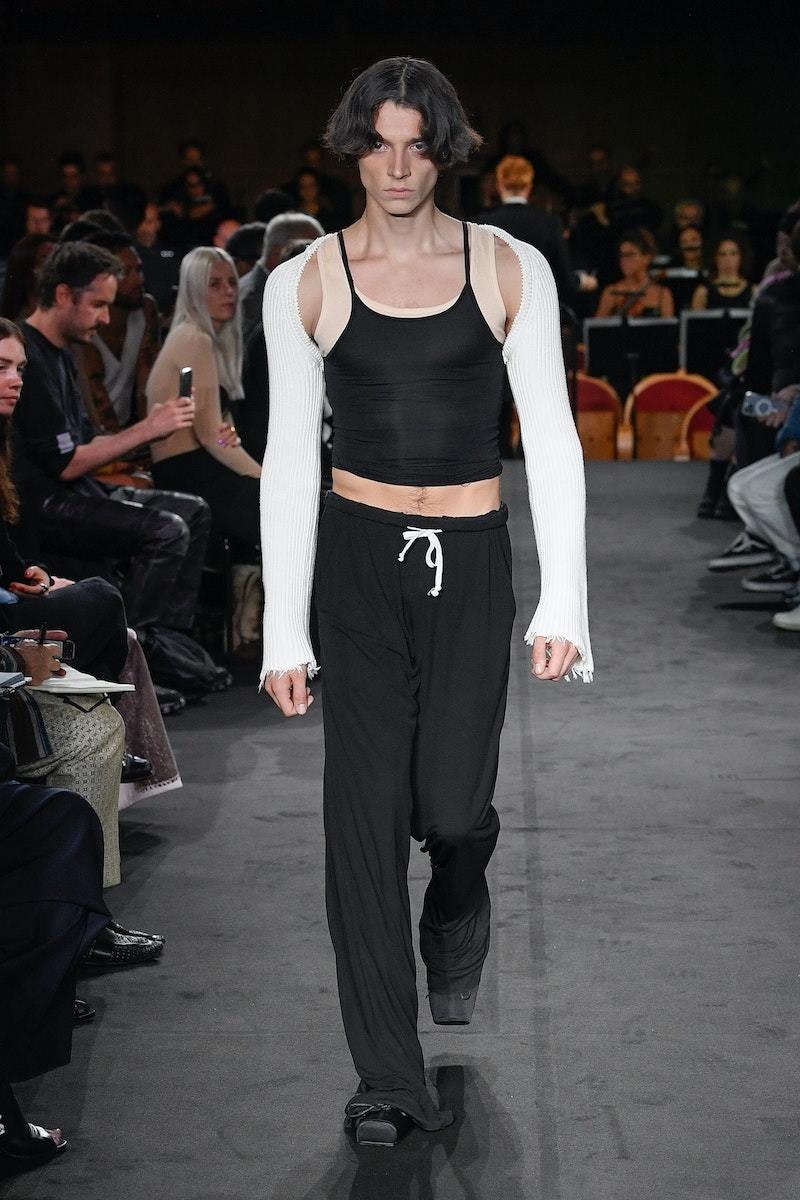 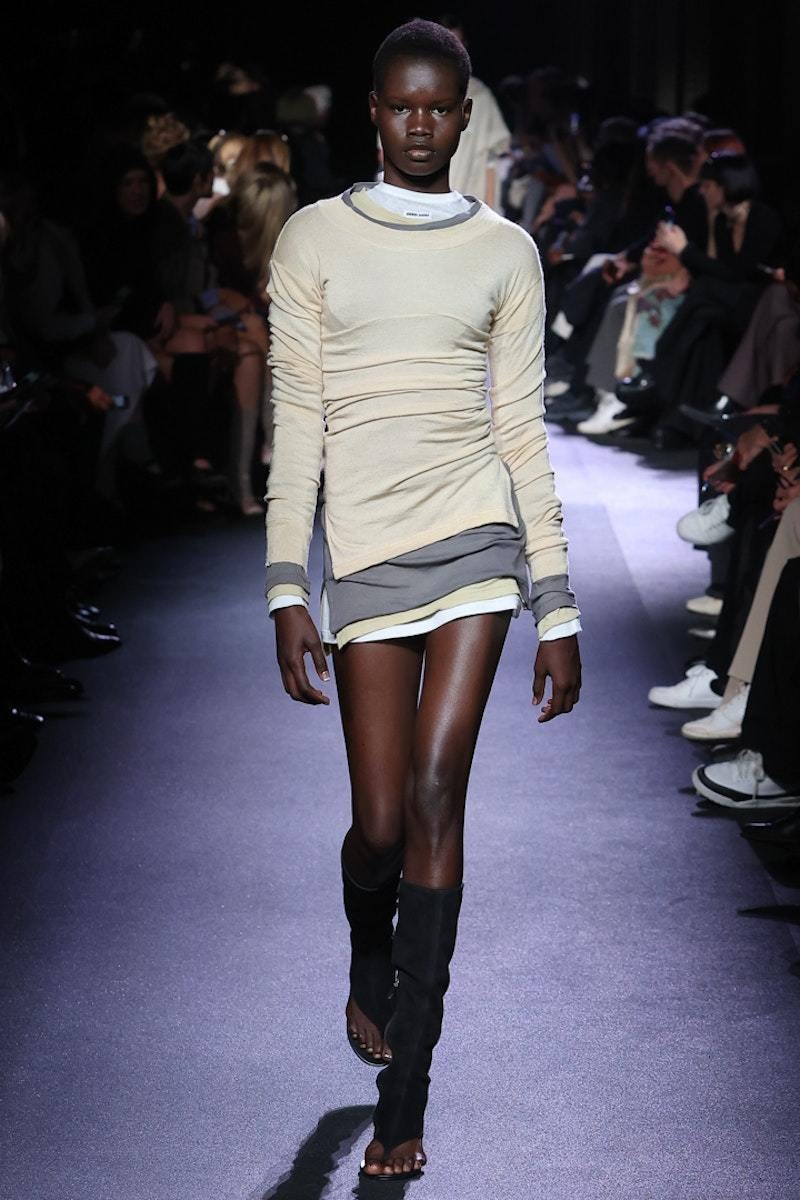 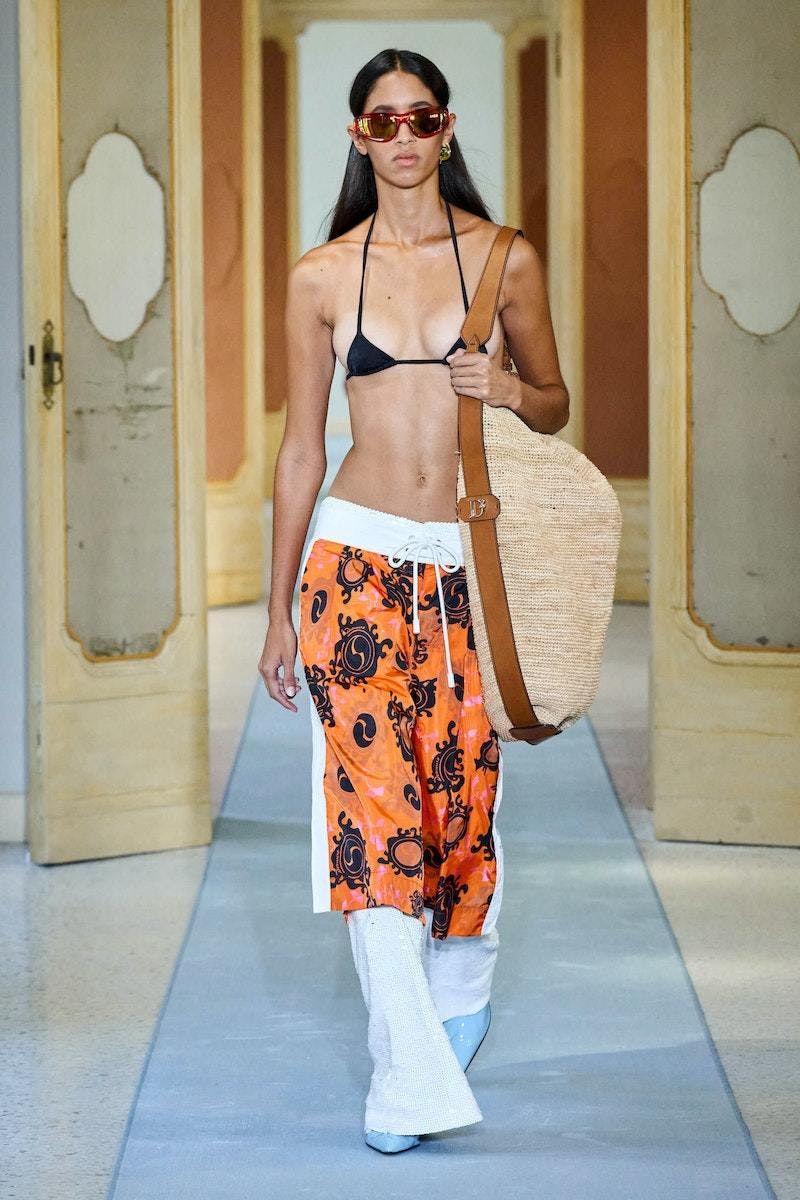