Remember Don’t Fuck With Cats? Last year’s Netflix docu-series on serial killer Luka Magnotta. The one who suffocated kittens. And bludgeoned a man to death in his sickly celeb-fuelled quest for fame, going as far as to emulate Sharon Stone’s fanny-revealing character in Basic Instinct when caught and questioned by police. Well… punk artist Allan Gardner, who THE FACE caught up with in September, and his mate and fellow artist Jack Kennedy have titled their new exhibition, He Will Always Be My Son, based on the phrase Magnotta’s mother shouted following her son’s 2014 conviction. Grizzly.

“For me, that’s poignant,” says 27-year-old, Aberdeen-born Gardner. ​“It speaks to the detritus of a life that continues to be lived following extreme experiences and traumas. Magnotta’s life was motivated by the combination of a desire for fame and a deep insecurity. I try to maintain a sympathetic perspective on incidents like this. The people functioning under immense amounts of stress and untreated mental illness are still people.”

Covering the themes of fame, narrative, celebrity, dissociation, social morality and relativism, He Will Always Be My Son features three brand-new works by Gardner.

where are they now? is a video collage made up of appropriated footage, featuring the likes of Hugh Grant hounded by paparazzi, and their reactions – like Grant punching a photographer (“that’s fucking amazing. Beautiful,” says Gardner). 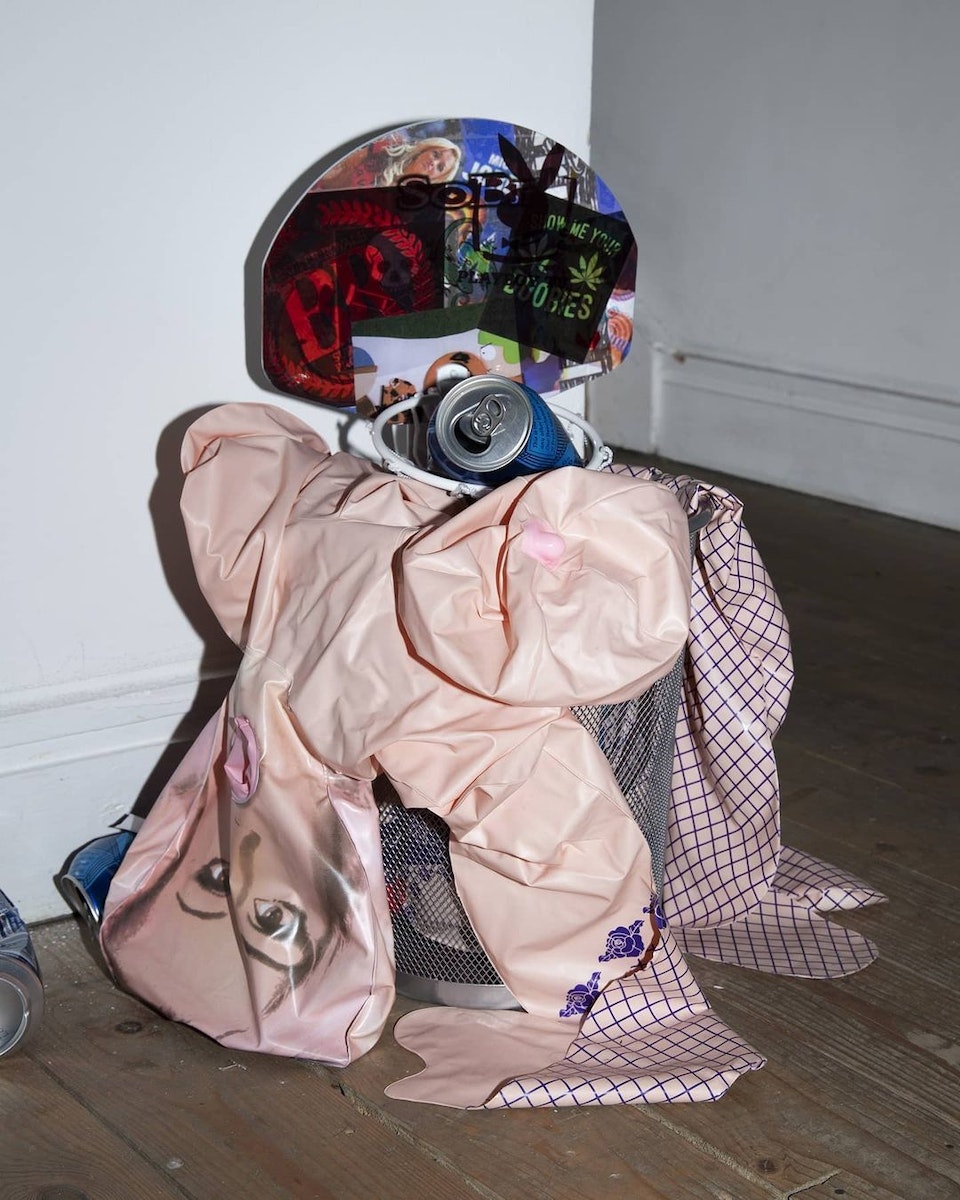 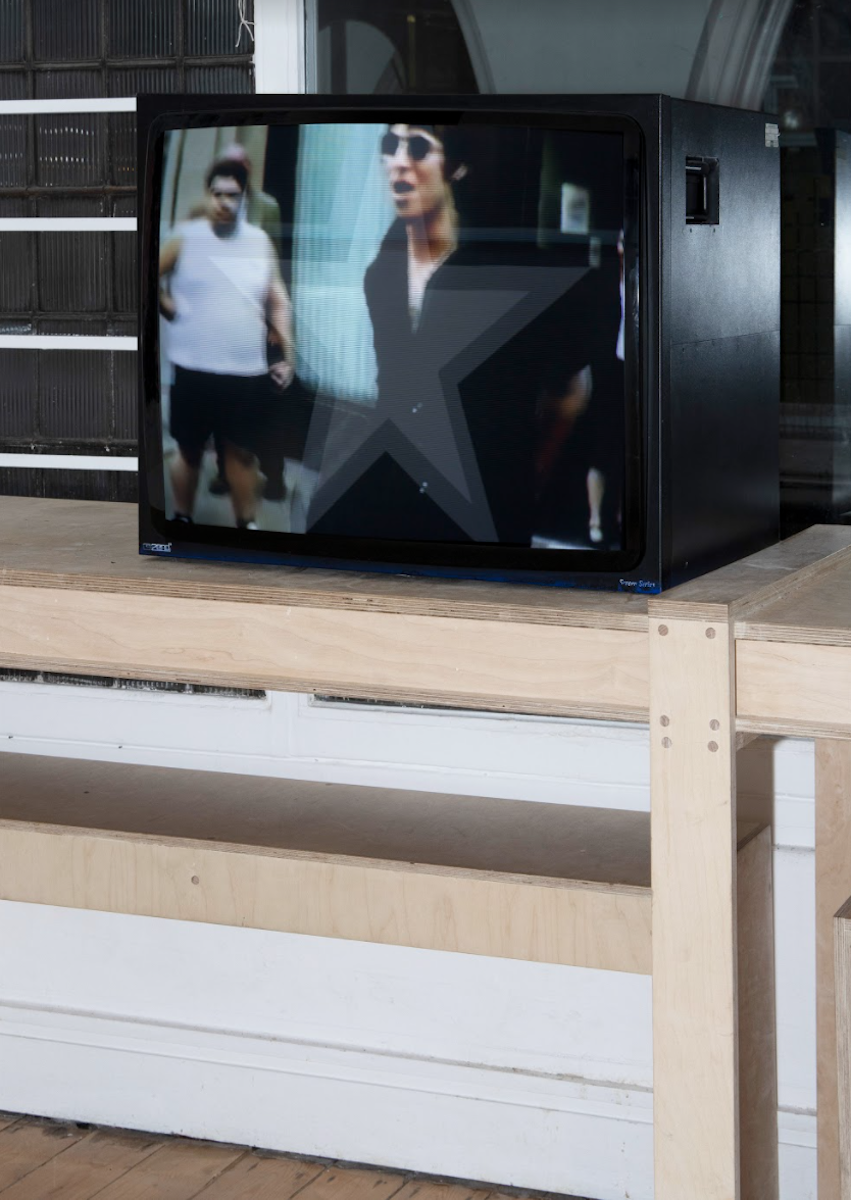 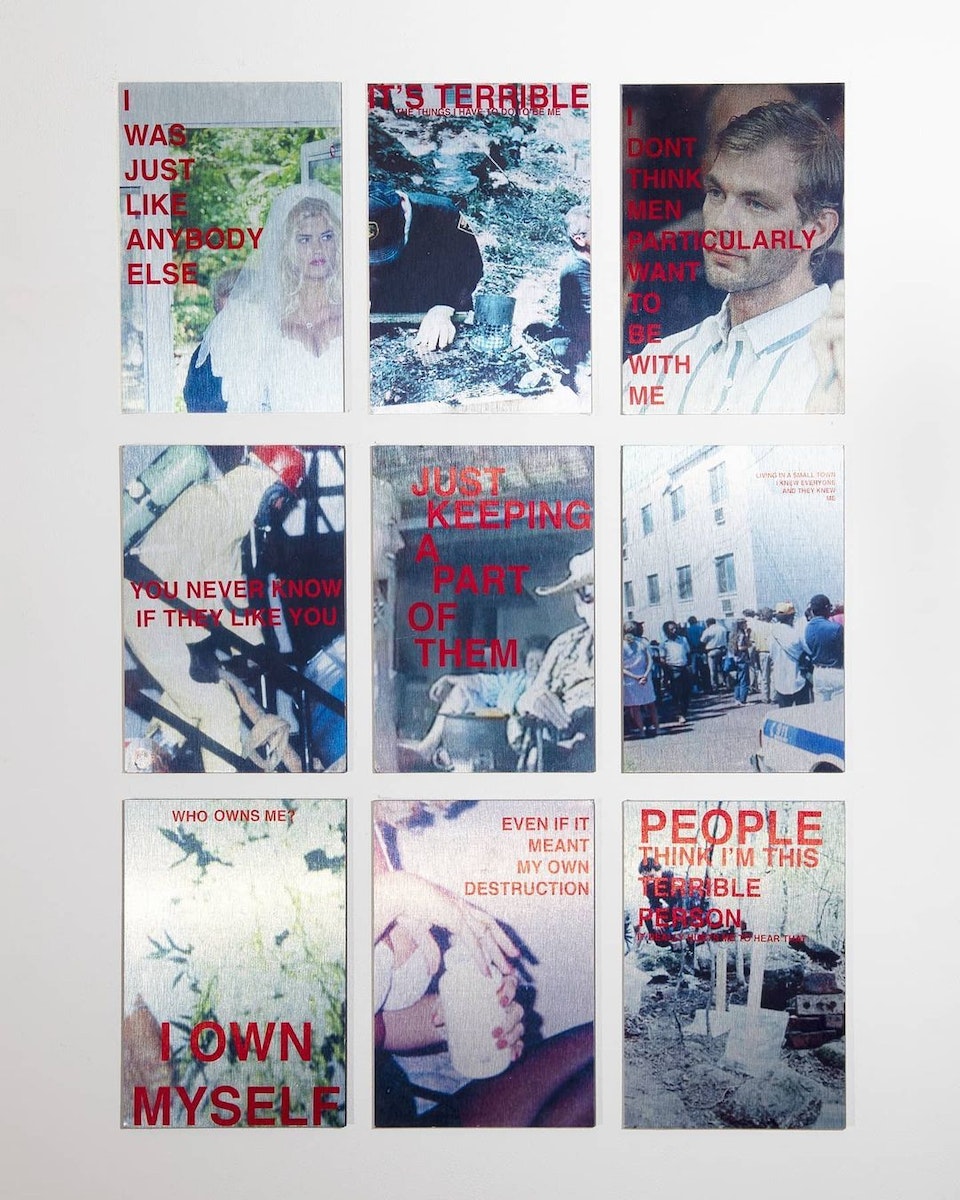 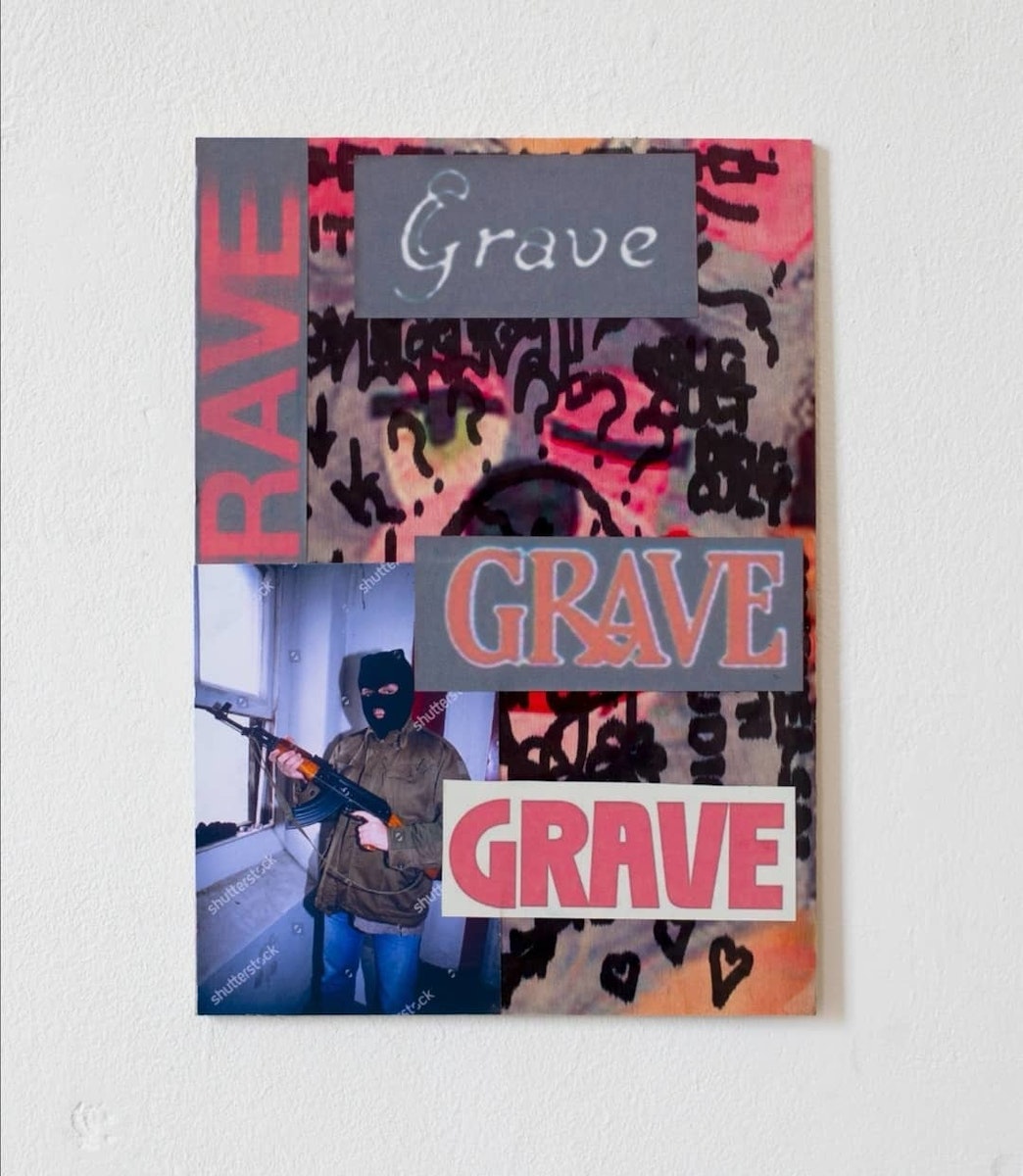 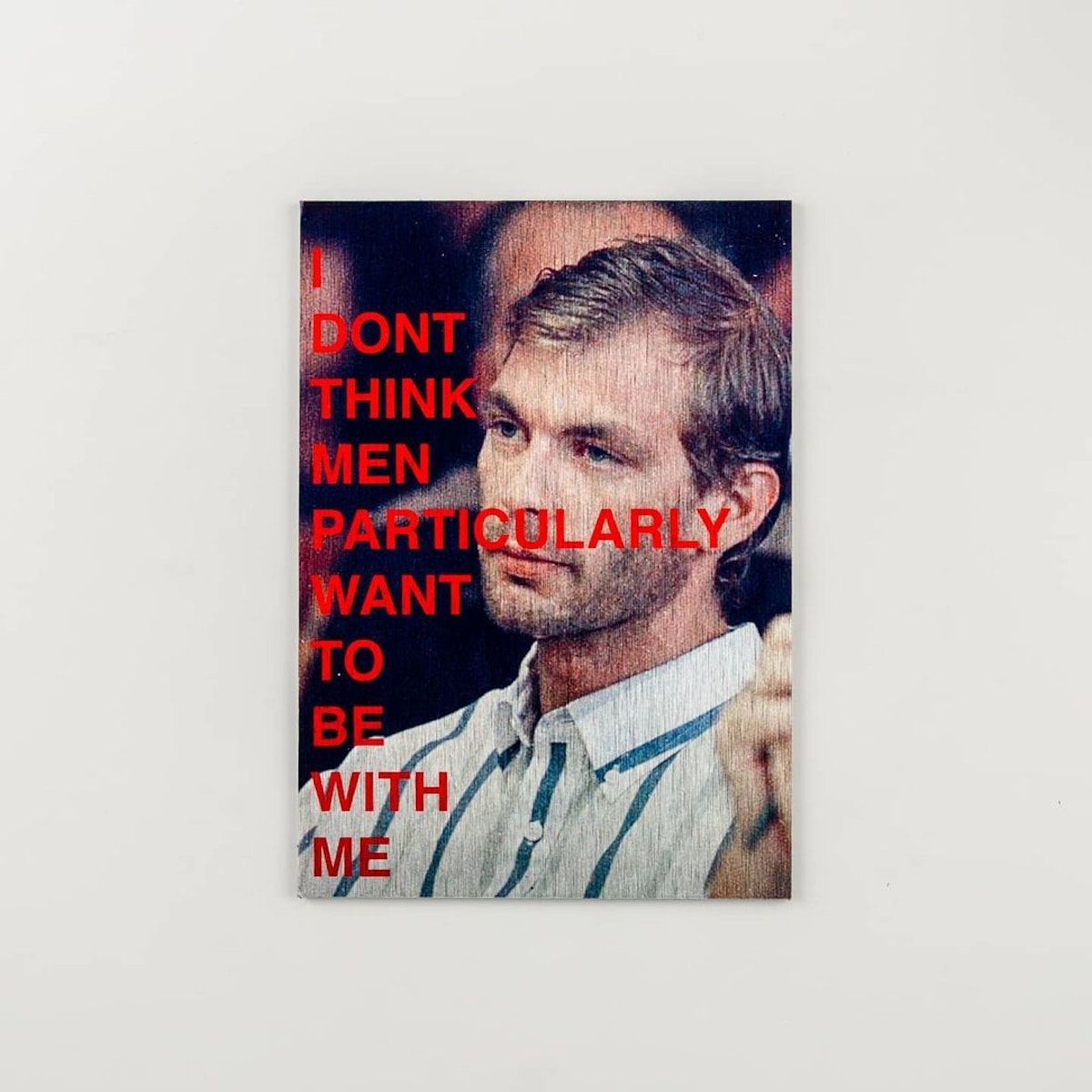 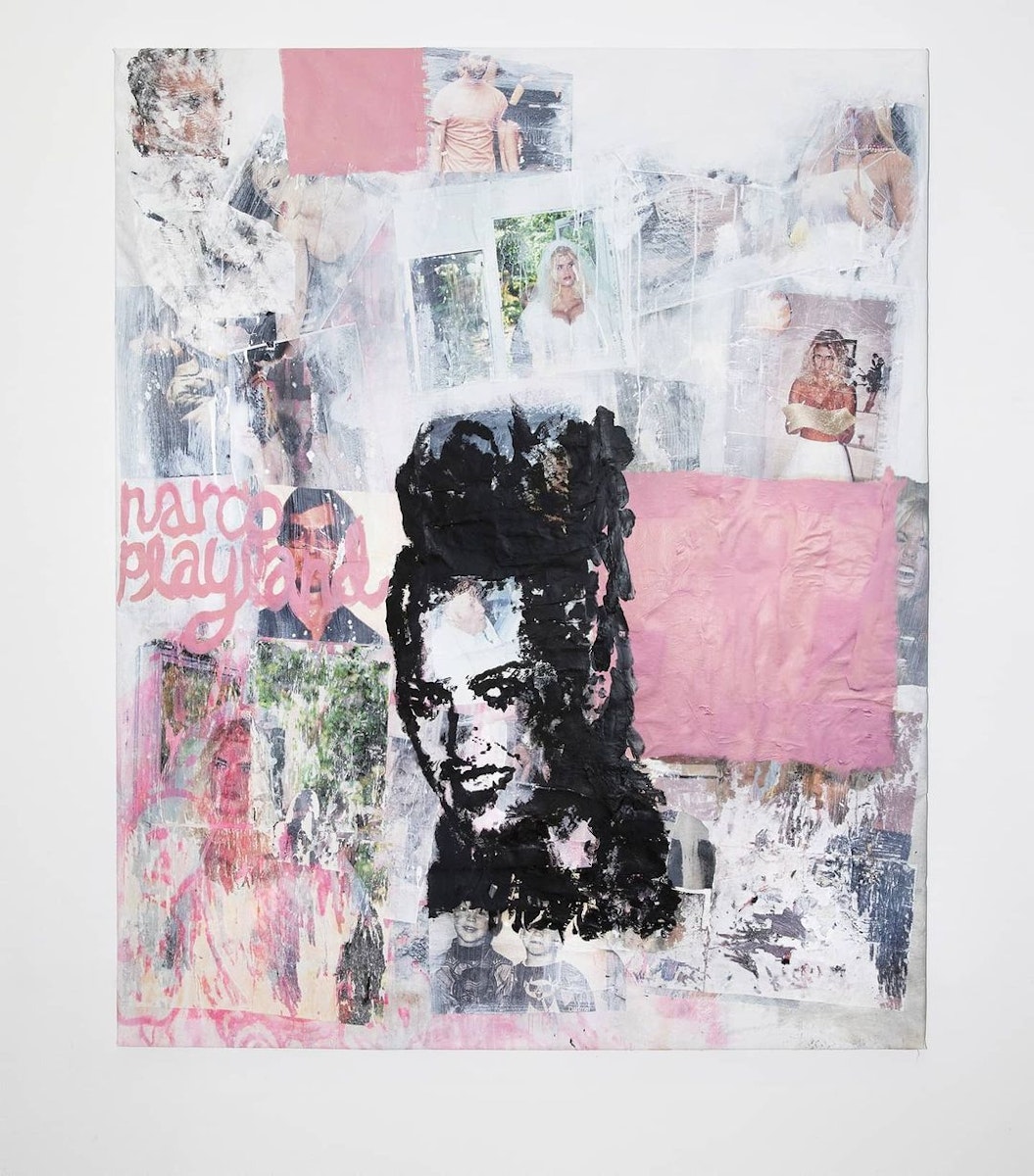 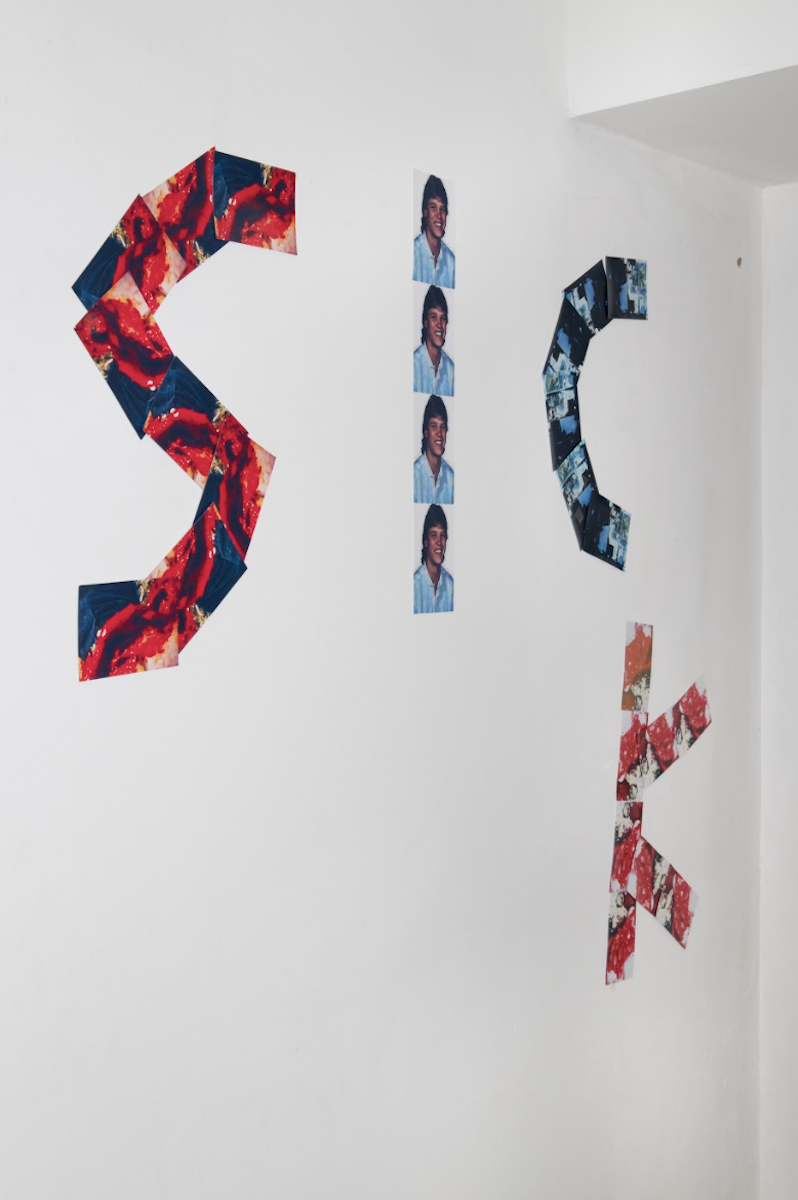 narco playland is a large mixed-media painting which represents short-lived sympathy. ​“Sympathy for tragic figures is easy, providing we think they’re good,” says Gardner. ​“Bad figures deserve their pain, that’s how the narrative works. I don’t agree with that.” So the artist layered together two ​“tragic characters”, American serial killer Jeffrey Dahmer and pop culture celebrity Anna Nicole Smith side-by-side. ​“They both needed help and didn’t get it. I see them as equally tragic.”

Then there’s wannabe baller, a mashed-up sculpture made up of an inflatable sex doll, a wastepaper bin, a novelty basketball hoop, custom vinyl stickers and a six-pack of Bud Light – a tongue-in-cheek nod to consumer trash. ​“The detritus of someone living for themselves, the kind of person for whom consumption is entertainment”, Gardner explains. ​“This theoretic person is an observer, and they see their actions as beyond judgement. They are selfish, lazy, cruel and delusional.”

These are the modern-day ​“car crashes” the exhibition brings to the fore. During the planning phase, Gardner was thinking a lot about empathy, and how, for him, it cannot be represented. That the reality of empathy is cloudy, confusing, intimate and deeply personal. Each contemporary figure represented has been fucked over by the media in some way or another. ​“It’s about our responsibility towards vulnerable people,” Gardner adds. ​“Not just the ones who we want to help, but everyone.”

For those mooching around the exhibition, the artist urges you to think. Think about why it might seem in poor taste to compare Anna Nicole Smith to Jeffrey Dahmer, why one vulnerable figure should be less deserving of care than another. ​“This is kind of like prison reform, or wanting greater accountability and transparency from the cops,” Gardner explains. ​“The Conservatives say that people can do things which allow for their rights to be withdrawn. ​‘Throw away the key’ mentality.” Gardner’s approach, then, takes that notion and spins it on his head. Prepare to feel uncomfortable.