You probably wouldn’t know that Angel Ortiz was a key figure of the urban art movement in the Lower East Side, New York, in the early ​’80s.

Back then, the artist was a 14-year-old kid living in the projects, who was so hellbent on tagging the walls of his school’s bathrooms that the head teacher sent him and a few others to paint the schoolyard as a creative outlet. That’s where, in 1982, Ortiz – also known as LA II – met Keith Haring, who was fascinated by the idiosyncrasy of his willowy graffiti tag. Little did the pair know they’d become each other’s most valued creative collaborators for the next six years.

“Keith was asking around, ​‘Who’s LA II?’ A kid from the neighbourhood came knocking on my door saying, ​‘There’s a funny white guy with glasses and tight shorts asking everyone who you are’,” Ortiz explains of their first encounter from his Lower East Side home. ​“One day, when he was drawing [his signature] babies and dogs from a step ladder on the street, I asked him why he was looking for me – back then, people didn’t do that unless they wanted trouble.”

Turns out, Haring was more interested in working with Ortiz. Back at his apartment, he showed him a yellow taxi hood he was keen to start drawing on. Before long, Ortiz was painting his distinctive tag all over it, while Haring filled it in with his widely recognised patterns.

Haring eventually sold the painting for $1400, which he split evenly with Ortiz and marked the beginning of both a long-standing friendship and nurturing professional relationship. Soon, Ortiz dropped out of school and was travelling around the world with Haring, from Spain to Tokyo and all the way back again. 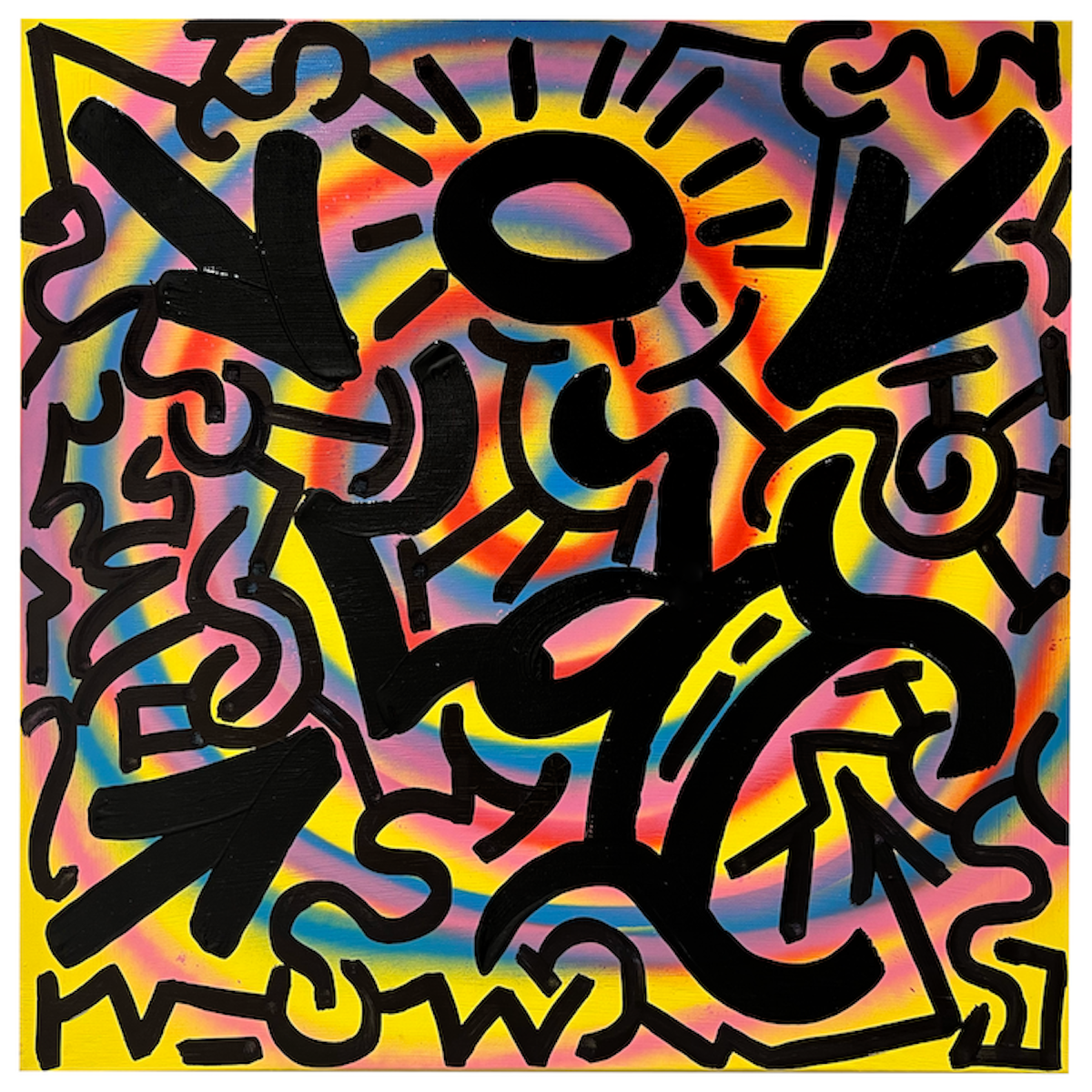 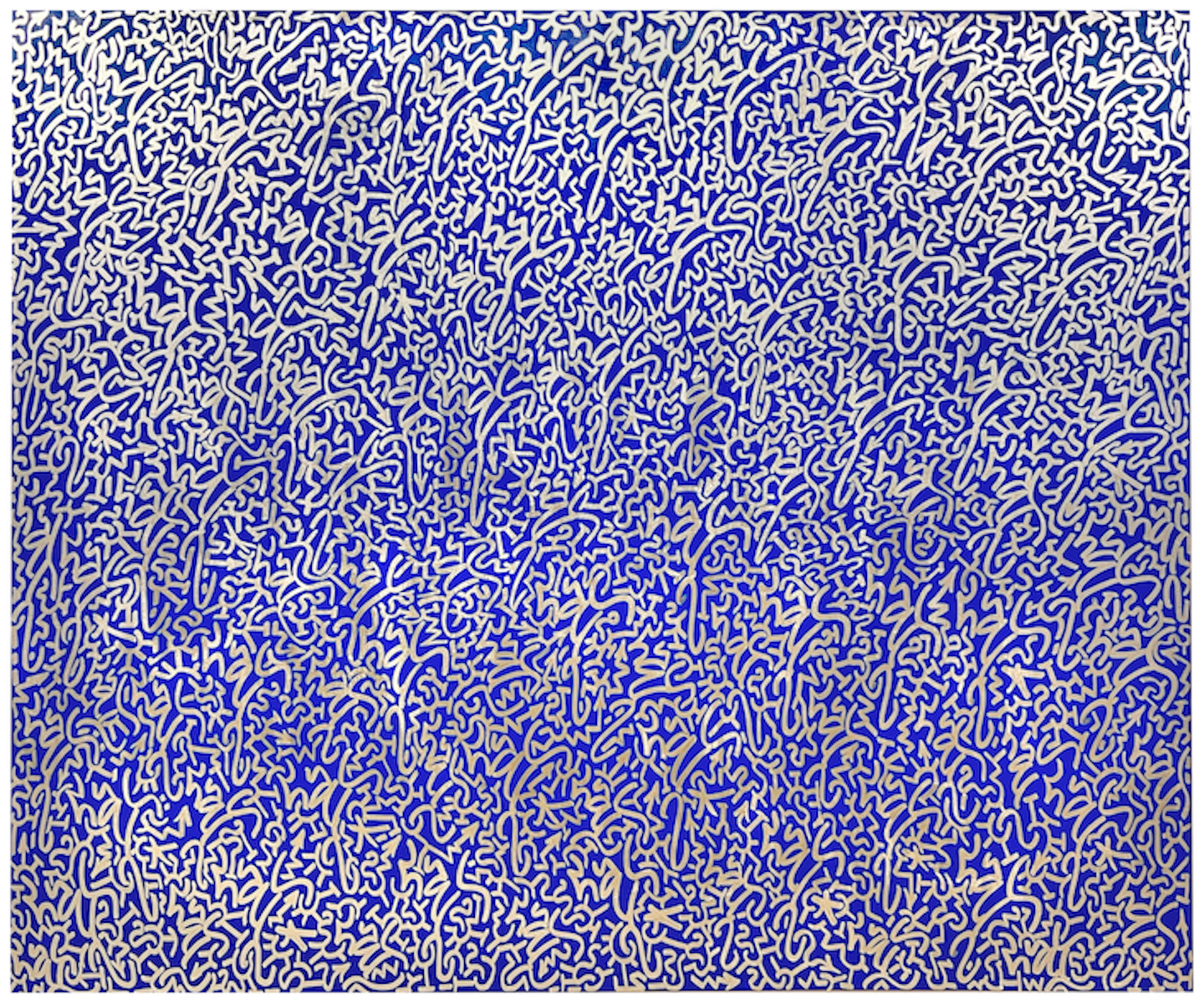 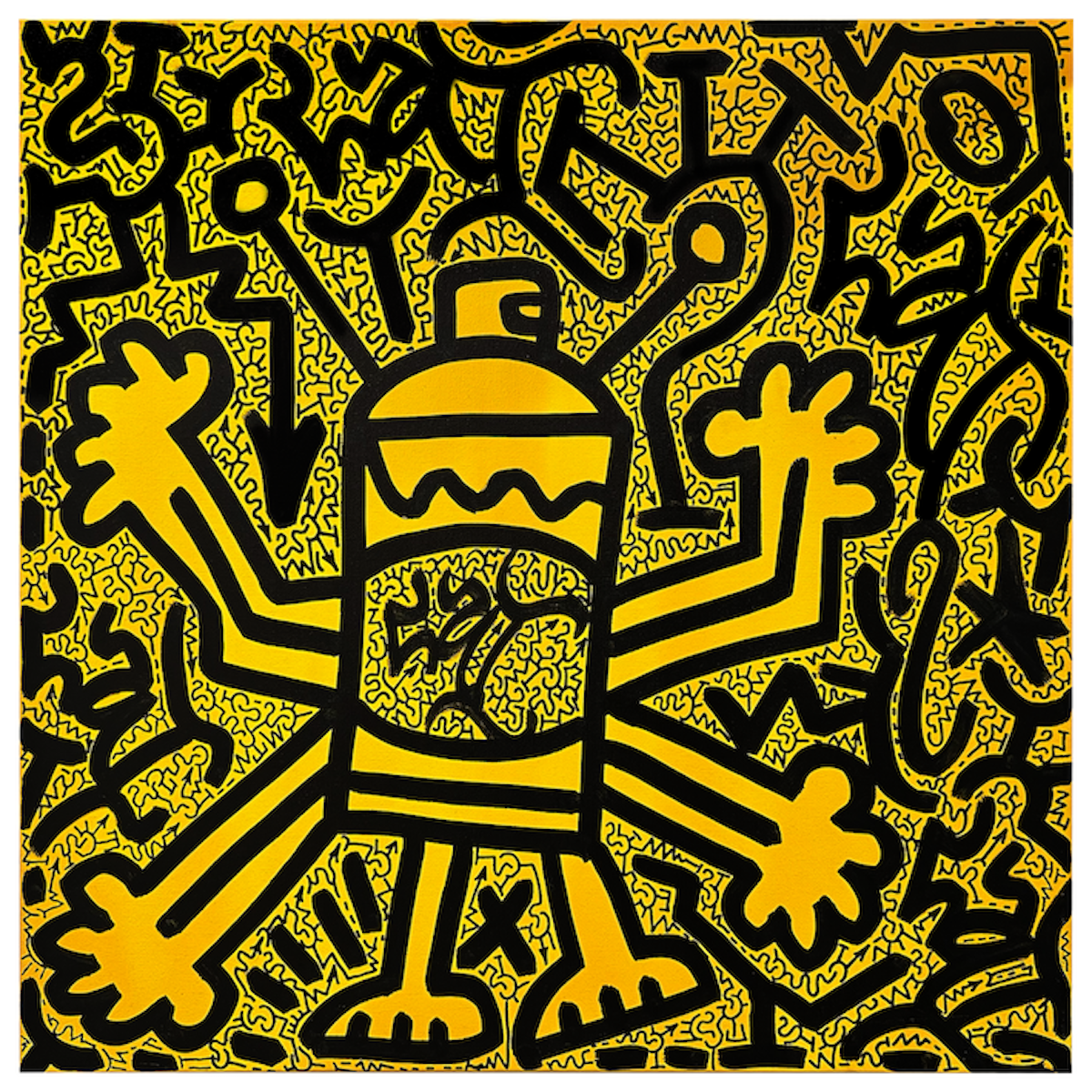 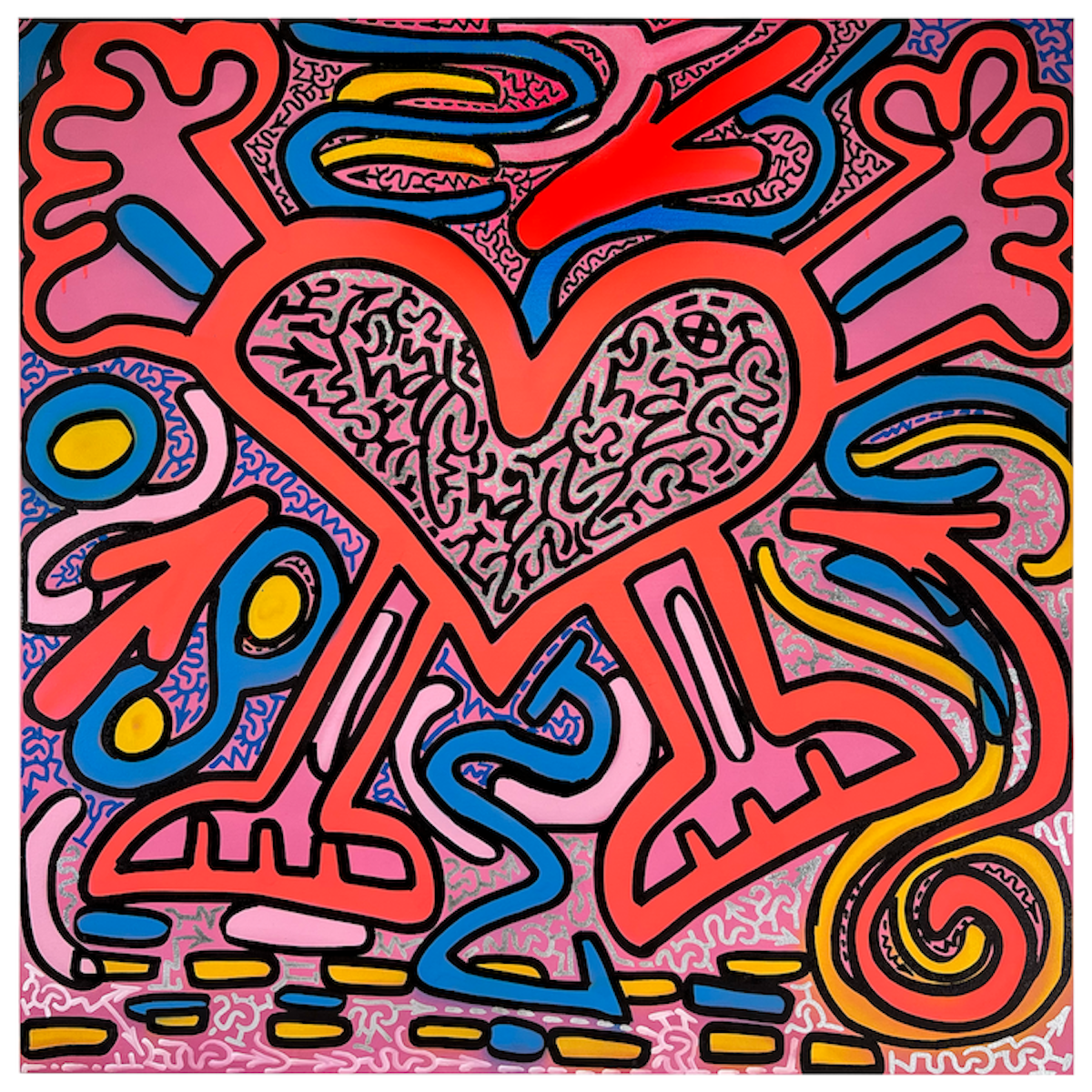 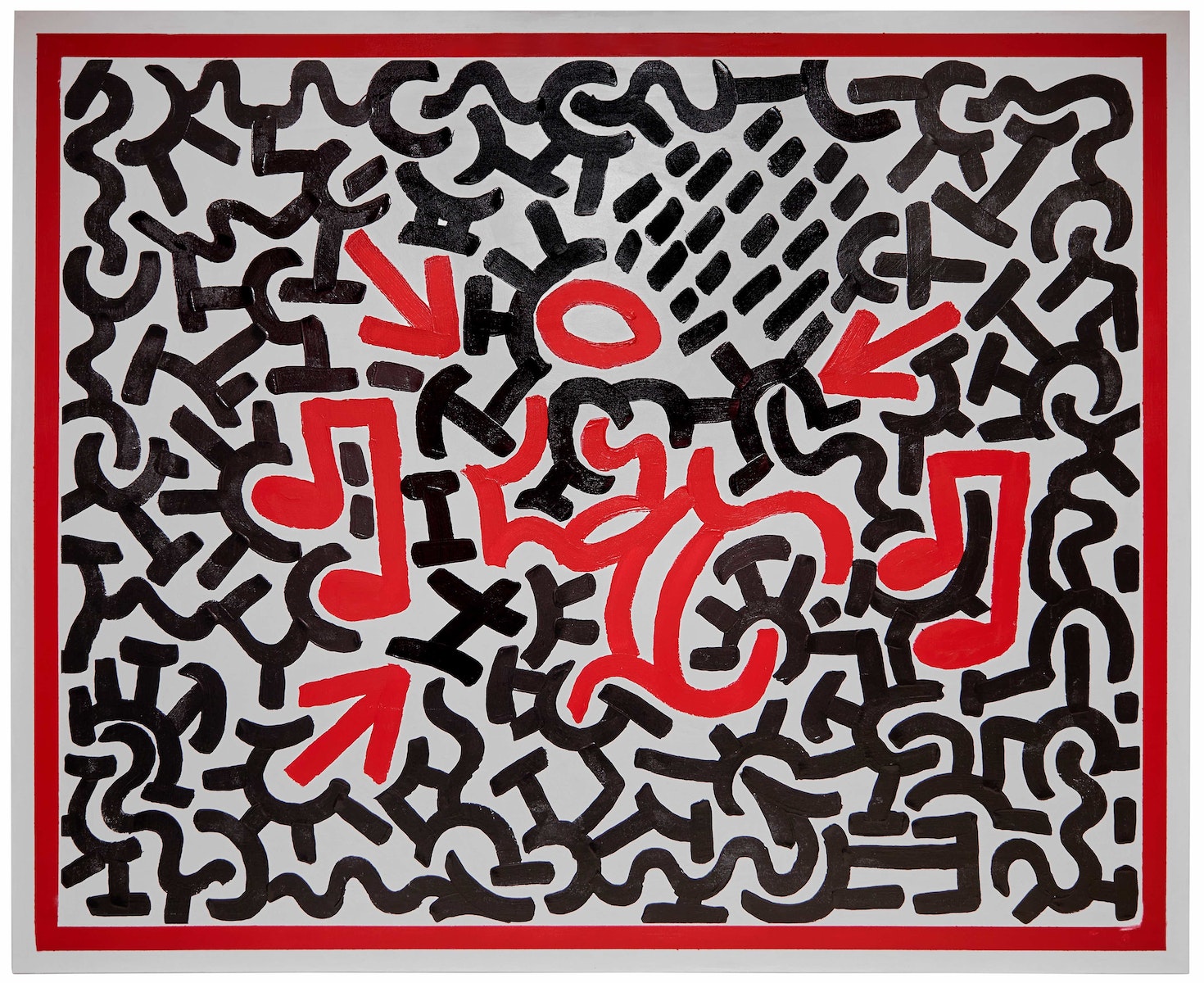 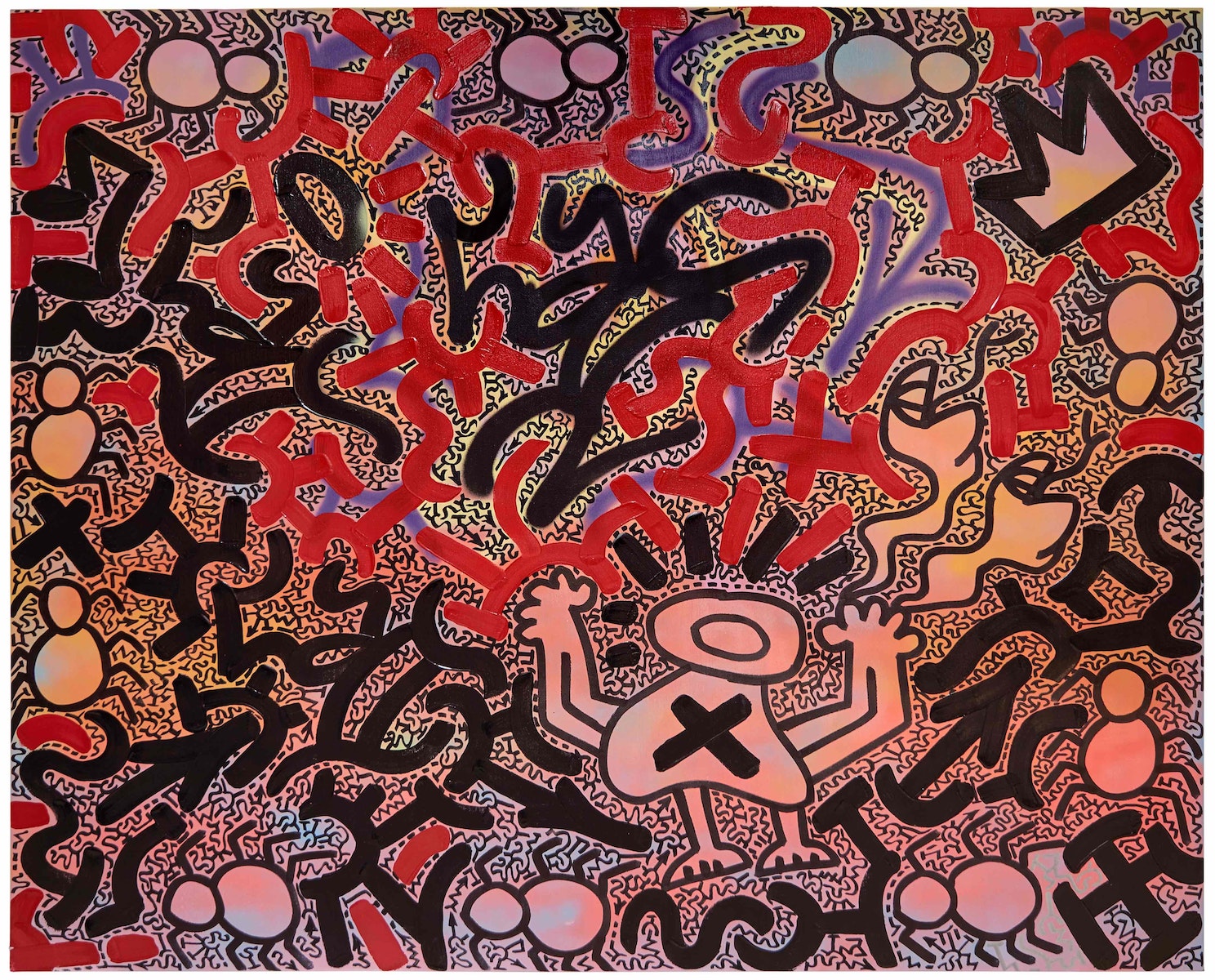 Together, they combined their styles to create some of the art world’s most legendary pieces. Haring had the vision, but Ortiz had street smarts, practical knowledge and a technique that immeasurably influenced the late artist.

“I think I taught him a lot,” Ortiz continues. ​“He came looking for me, and I showed him how to use spray paint and markers. I think being an artist is a gift that I have. Everybody’s born with a gift – mine was painting.” Together, he and Haring collaborated on over 100 paintings over a six-year period. As the latter became more established, the pair remained friends, but Ortiz’s legacy and hand in helping Haring became obscured.

Now, with his King of Hearts exhibition opening at the D’Stassi Art gallery in East London, Ortiz poignantly reclaims what is his. Since opening on 30th September, the show has received a rapturous response, and marks the first time Ortiz travelled out of the US since 1982. He painted to a live audience of parents with kids and grown-ups with their own parents, and ​“it was the best few days I’ve had in a long, long time,” as he puts it.

“It’s so beautiful that I have the opportunity to go to London and show my art,” Ortiz continues. ​“Everybody has something to give to this earth – we’re not just passing through. This is my therapy. I chose to name the show King of Hearts to bring my passion and love here.”