Bright white eyes and demonic grins. A man and his dog stood waiting in front of a mobile home. A can of Tennent’s lager poured into a pint glass with the word ​“poof” etched onto the side.

These are 23-year-old multidisciplinary artist Marcus Nelson’s We All Fall Down, Harrison Mills Brown’s Afford a Dog and a Good Home, and Trackie McLeod’s What Makes a Man?, and they’re all artworks by men confronting mental health and troubled masculinity.

Together, they are members of Boys Don’t Cry, a London-based art collective founded by 22-year-old curator Brooke Wilson and her partner, Nelson: ​“We started Boys Don’t Cry because there are no honest, open and discursive conversations around masculinity,” he says.

Early depictions of men’s mental health goes as far as 1496, in Vittore Carpaccio’s painting The Healing of the Possessed Man at the Rialto, revealing the mistreatment and misunderstanding of mental illness in a dramatic scene. English painter William Hogarth questioned insanity in the 18th century, while years later, contemporary responses see Jean-Michel Basquiat’s chaotic, haunting self-portraits painted throughout his battle with depression in the ​’80s. But artists of the 21st century also challenged nuances like male sexuality and gender norms: David Hockney’s romantic poolside paintings responded to Britain having decriminalised homosexuality in 1967, while photographer Robert Mapplethorpe explored sensual homoeroticism through the male gaze in ​’70s New York. Grayson Perry’s alter-ego, Claire, observes social attitudes towards cross-dressing – the artist also investigated British male identity in his 2016 book, The Descent of Man.

So it’s surprising that men’s mental health is still regarded as a relatively niche artistic study – especially considering that you never have to travel far in male-dominated galleries to find male artists exploring the male experience.

“I don’t think pain and suffering should be glorified, but to create a positive out of a negative is progression. Everyone should stay creating, create for yourself, create for others, but just enjoy the process and development.”

Yet for young, emerging artists, Nelson believes the subject remains ​“actually quite taboo. Of course, certain works throughout history have addressed this issue, but there was never a group before that was intentionally trying to change the way men act for the better.”

In 2018, the year Nelson and Wilson founded Boys Don’t Cry during their first year at Central Saint Martins, the UK’s Office for National Statistics recorded that three-quarters of suicides that year were among men. Still, the collective’s founding ethos was met with what Nelson describes as ​“raised eyebrows, perhaps because we were talking exclusively about male issues.” For Nelson, these include body dysmorphia and hypochondria. ​“But I think they quickly realised we were trying to do something positive.”

The pair planned to put on only one show. But two exhibitions, one talk and months of workshops later, the collective is still growing. They currently house a group of 30 young male artists, all glad of a support network they struggled to find elsewhere. 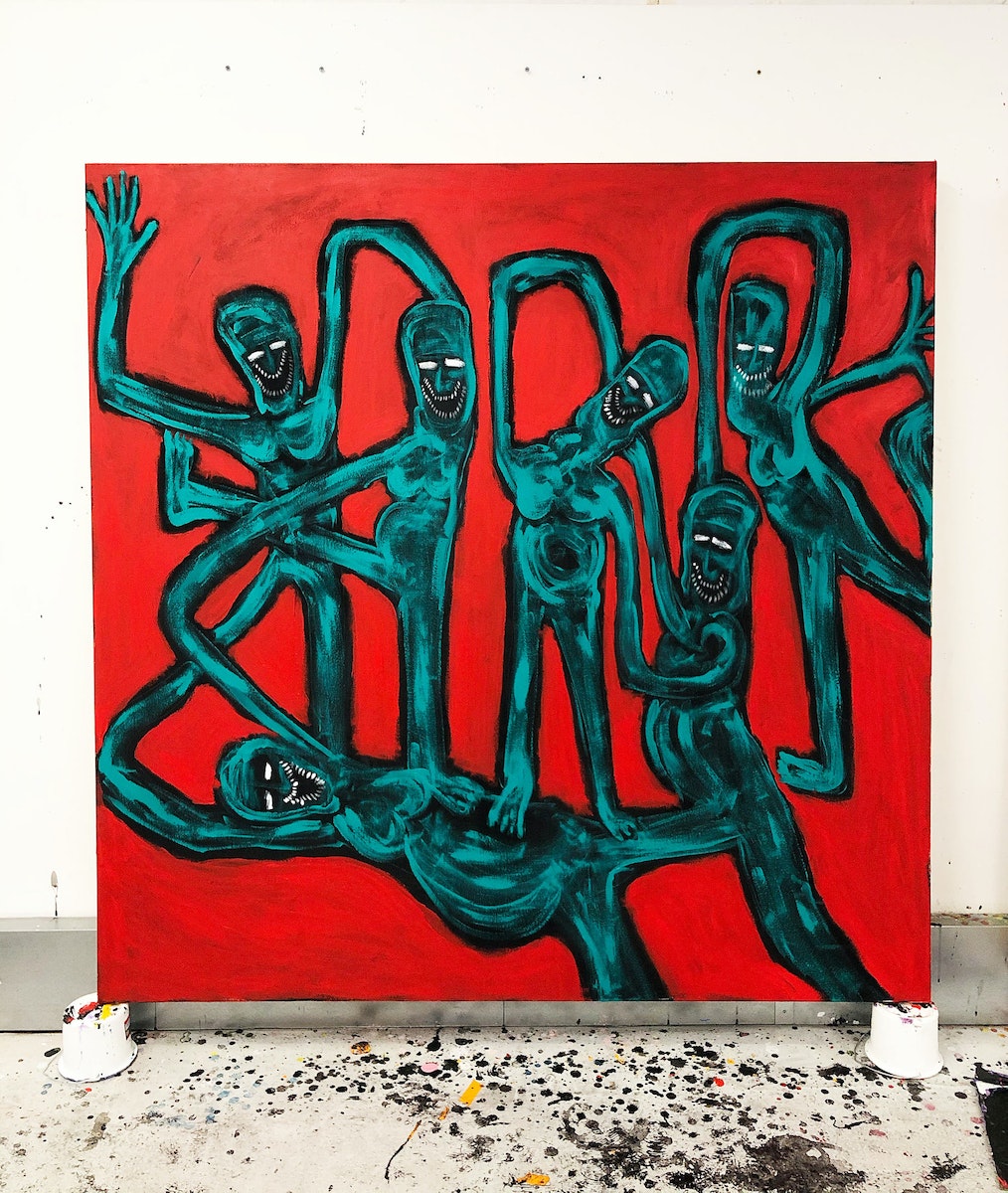 Marcus Nelson, We All Fall Down 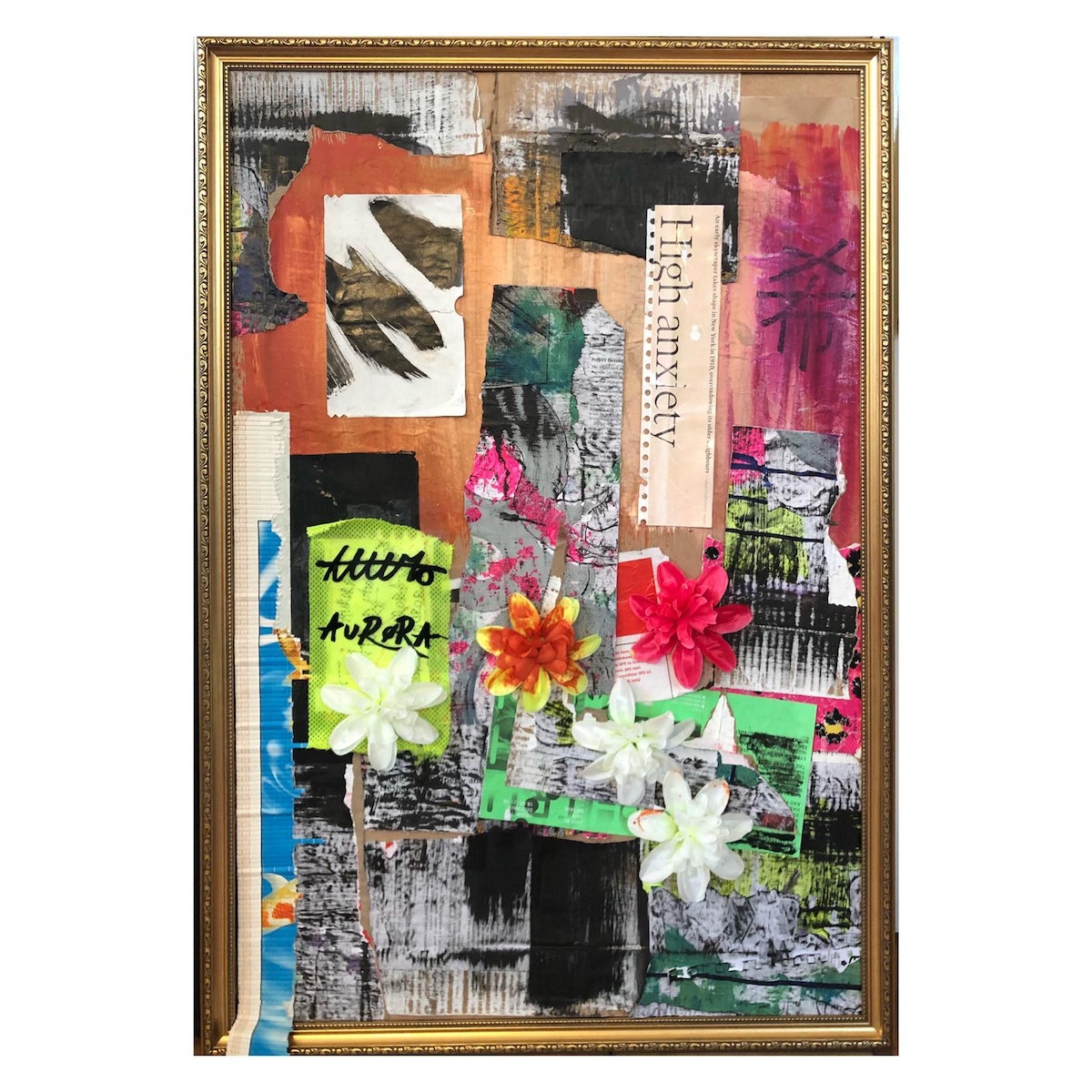 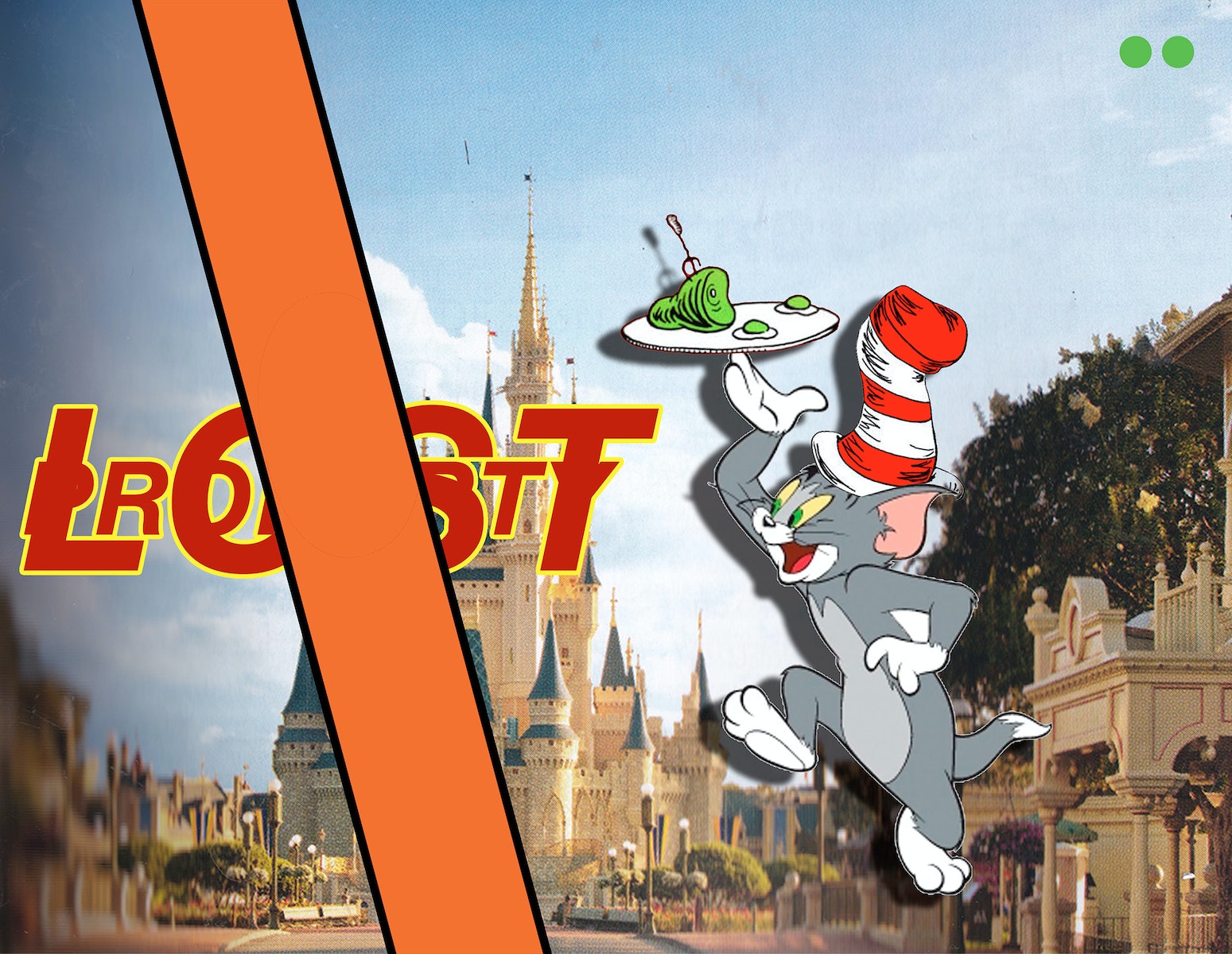 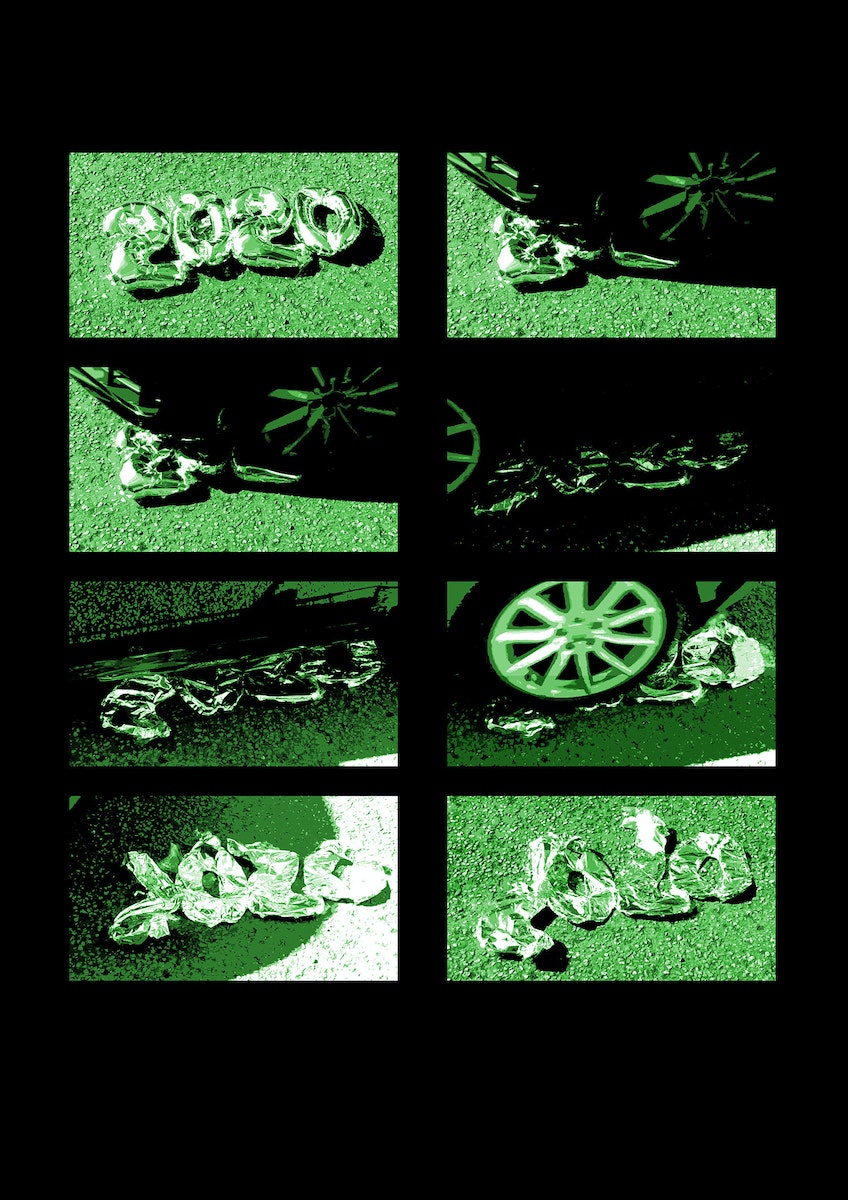 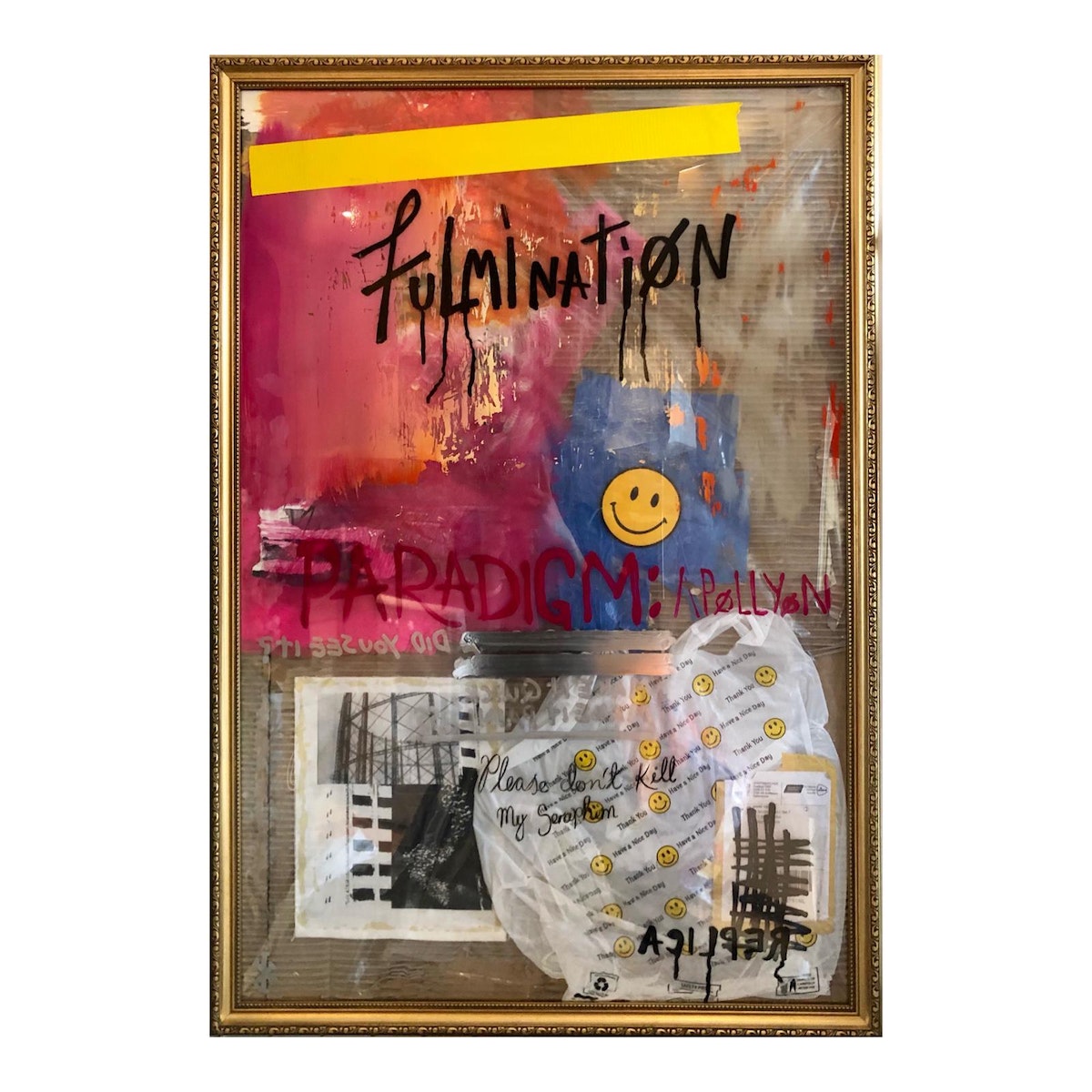 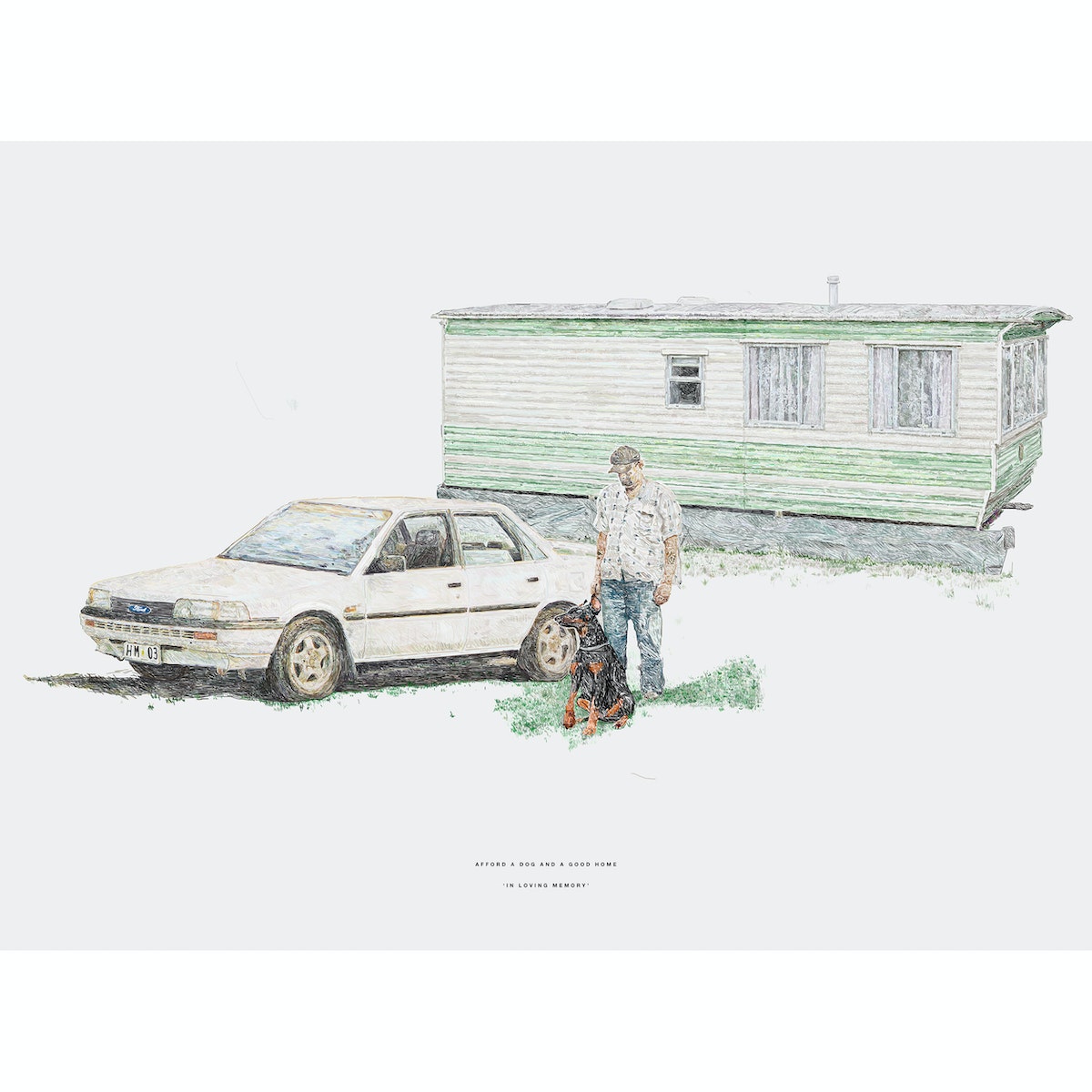 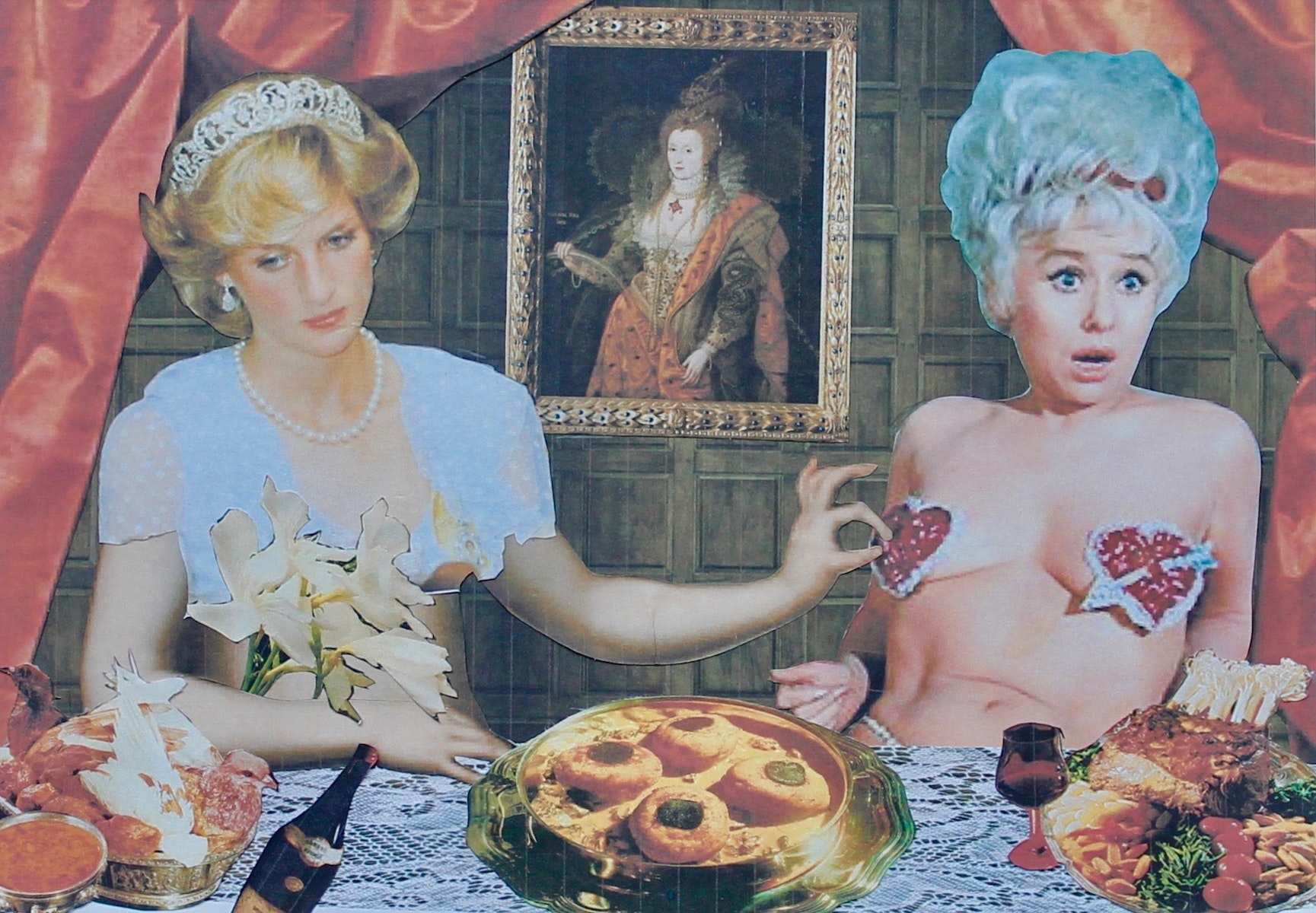 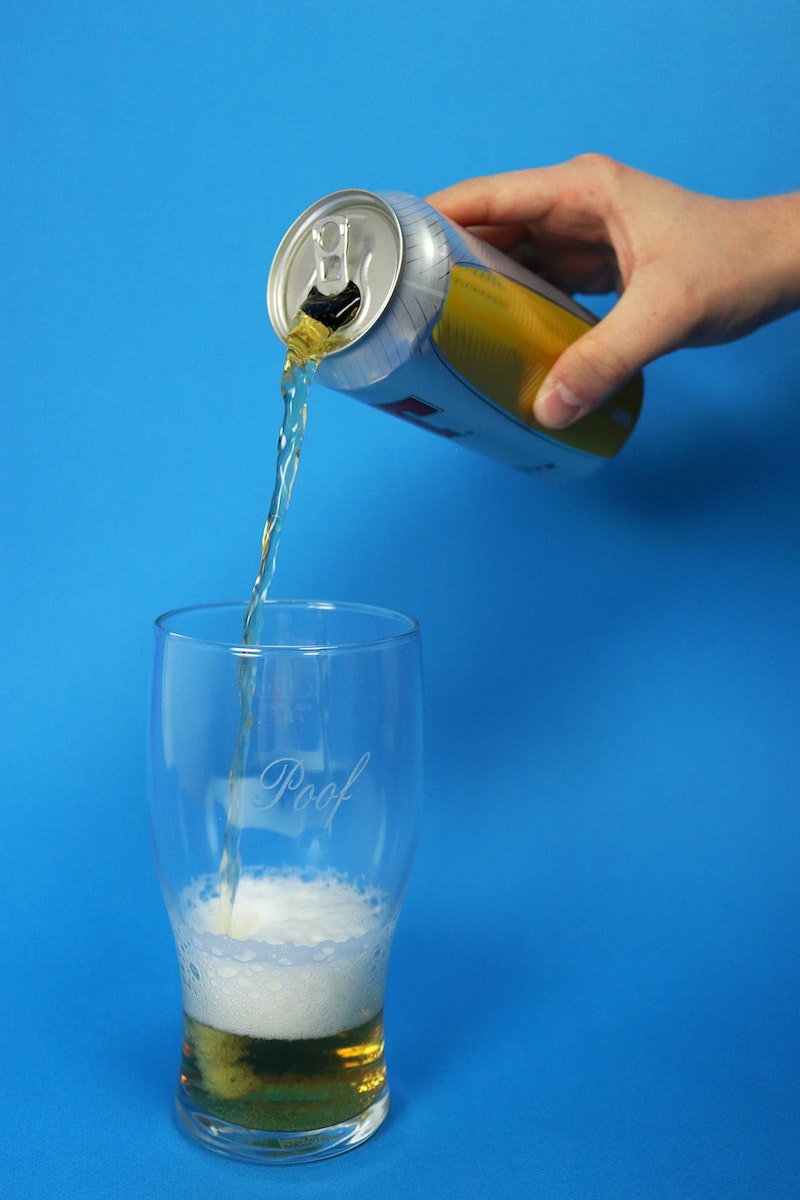 “We need more hours in the day, more days in the week,” says Wilson, adding that two more volunteers have just been hired to help out.

The expanding collective includes artists from a diverse range of backgrounds, all delving into countless topics ranging from masculinity to queer culture, working-class youth to anxiety and grief.

Jewel Kaye, one of Boys Don’t Cry’s recent additions, calls himself ​“a collector”, using materials he finds to create works and channel the ​“things going on in the back of [my] head”. Glaswegian Trackie McLeod – who, like Brown and Toby Taylor-Smith, appears in the upcoming Winter print issue of THE FACE – takes a ​“social, anthropological look at lad culture”, toying with the masculinity inherent in football and pubs. Taylor-Smith confronts the awkward yet iconic aspects of British culture, with a tongue-in-cheek approach to the stoic bedrock of our society. All of the collective’s artists face up to certain issues and interrogate them through the means and media that speak loudest to them.

“It’s very family-like. I’ve always had bad insomnia. I suffer from anxiety, depression and bipolar. I’ve suddenly got this support system of people I can call. These days, that’s massively important.”

“It’s an emotional outlet,” says Wilson. ​“Some of the work the artists create may not seem like it’s attacking a specific theme. But, by them making it, it’s their way of dealing with their mental health.”

Being the only woman in the collective, Wilson understands that her role helps build an environment that facilitates open discussion.

“I think it’s important that the women who are maybe more emotionally connected, or have the ability to talk about their emotions more freely, give a platform for men to feel secure enough to discuss these issues,” she says. Understanding that creating a support network like Boys Don’t Cry is only a ​“starting point”, the pair hope to expand the collective and open up the conversation for all genders next year.

Indeed, right now support for all emerging artists is urgently needed. While big arts organisations can stay afloat in the time of Covid by making brutal redundancies (over 300 were recently announced by the Tate) or receiving government funding (East London’s Whitechapel Gallery was awarded £534,000 from the £1.57 billion Culture Recovery Fund), self-funded Boys Don’t Cry acknowledges it can only do so much to support the artists it champions.

“Boys Don’t Cry have laid the foundations. By championing my work, they have given me and other artists the platform to have open conversations about male mental health and masculinity in general.”

While funding is one issue, the restrictions of the pandemic are another. Online action is the only possibility right now, but the founders understand the importance of physical interaction in order to drive the conversation around men’s mental health even further.

“The real changes are going to happen in the boxing gyms, the changing rooms, the pubs,” Nelson stresses, ​“in these hyper-masculine spaces where guys can’t talk about how they’re feeling.”

“There’s still a lot of work to do,” he concludes. ​“I hope that Boys Don’t Cry can not only be an important platform for emerging artists, but also a vehicle for positive discussion around mental health. To let people know they aren’t alone in whatever they are going through.”

Given them a follow on @boysdontcry_uk, and check out their site at boys​dont​cryuk​.com