Soho is synonymous with many things: fashion, music, theatre, art, LGBT+ culture, sex shops, strip clubs – and, in more recent years, a rising tide of gentrification that has washed away many of the remnants of central London’s storied past. Now Shot in Soho, a new exhibition at The Photographers’ Gallery – itself a Soho mainstay since opening in 1971 – seeks to celebrate and explore the changing face of the area over the decades.

Spanning Soho’s pivotal role in the Swinging ​’60s scene right up to today (the gallery commissioned a new series of images for the purpose), the show focuses on the Soho-centric work of seven image-makers, including Corinne Day. The fashion photographer, who died in 2010, made her photographic debut in The Face in July 1990, kickstarting her own career and that of a then-unknown Kate Moss.

Day began her working life as a model, pursuing her interest in photography through candid snapshots she took of her friends and fellow models while traveling for work. She soon realised that she preferred life behind the camera to life in front of it and, on the advice of a photographer friend, showed her diaristic images to The Face​’s then-art director, Phil Bicker.

He commissioned the aforementioned shoot with Moss, which appeared on the cover of the magazine with the title The 3rd Summer of Love. On publication the striking image of the smiling 16-year-old, in the words of the Shot in Soho catalogue, ​“announced the fashion spirit of the new decade,” thanks to Day’s ​“raw, pared-back” style. This provided a unique contrast to ​“the highly produced images that dominated high fashion editorials at the time”.

Day became a hugely in-demand photographer and commissions came flooding in – many of which, in the formative years of her career, were shot in the Soho flat that she shared with her partner, photographer and filmmaker Mark Szaszy.

The flat was on the top floor of a 1930s Art Deco building on Brewer Street. ​“It was the perfect location for their type of work because most modelling and PR agencies and a lot of fashion houses were based in Soho at that time,” explains Karen McQuaid, who co-curated the exhibition alongside Julian Rodriguez. ​“It was right in the heart of things; from their window they could see the Raymond Revuebar and the famous neon sign saying ​‘Girls, Girls, Girls.’”

The brightly lit apartment served as the pair’s home and studio, as well as a site for meetings and a space where their friends and collaborators would gather to socialise.

“It was an unconventional space,” continues McQuaid. ​“The rest of the building was non-residential, and because of that they were able to party late into the night without having to worry about loud music or disturbing the neighbours. That meant that, after the shoots, they would all just relax there.”

In an interview with It’s Nice That, Day’s agent and close friend Susie Babchick described the flat as ​“very basic at first”. The front room, where the shoots took place, contained ​“some interesting finds [of Corinne’s],” she said, ​“like a beautifully crushed beer can, a huge branch of driftwood, the cool patterned orange sofa that looks so incredible”.

That sofa appeared in many of Day’s shoots, including a memorable 1993 story for The Face titled England’s Dreaming, an image and outtake from which feature in the show. The former shows an androgynous model in PVC trousers lounging across it, legs akimbo, the picture of cool insouciance. In another image, also in the show, a young man and woman sit on the sofa rolling a joint, staring frankly at the camera. 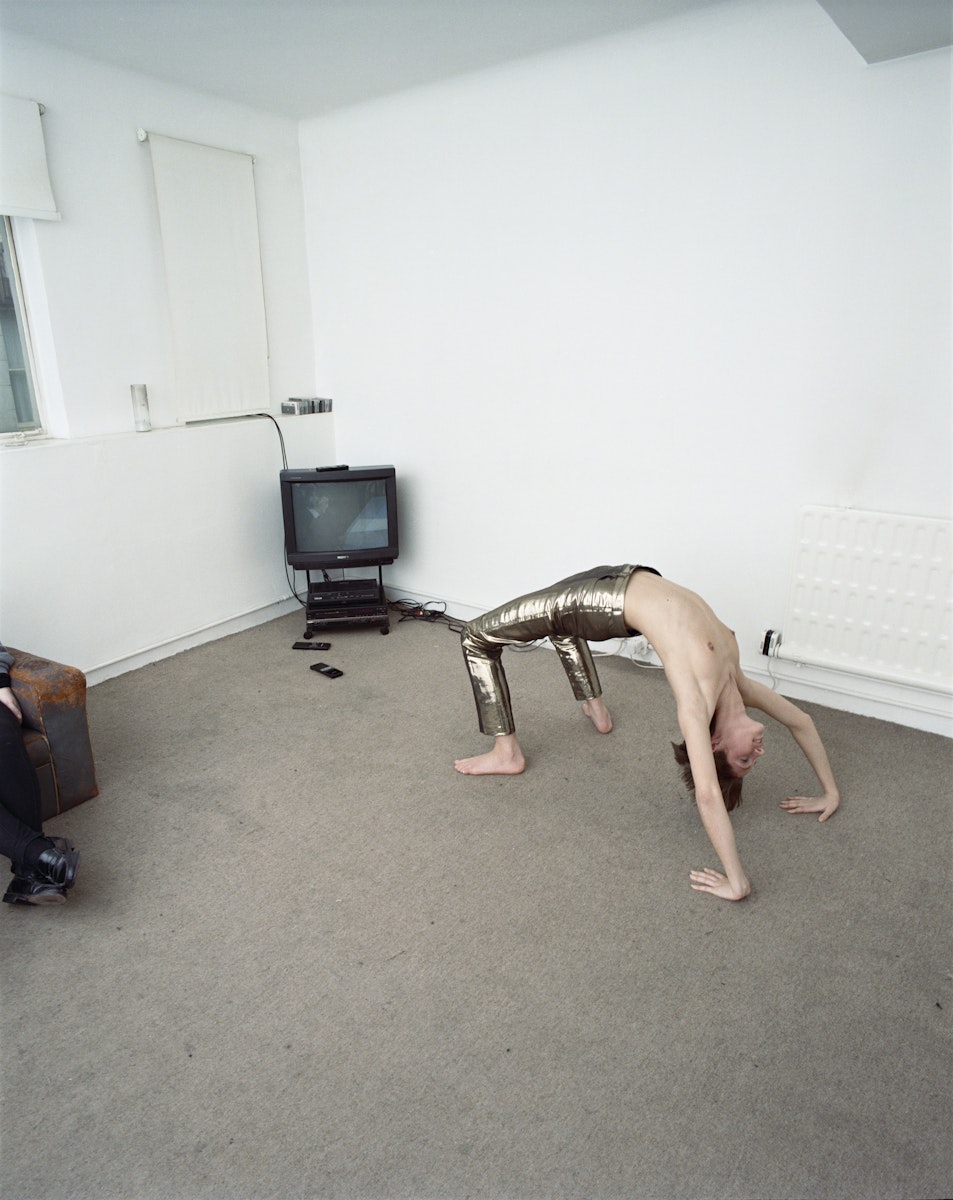 Rose in the Living Room, outtake from the England’s Dreaming editorial for The Face, August 1993. © The Corinne Day Archive 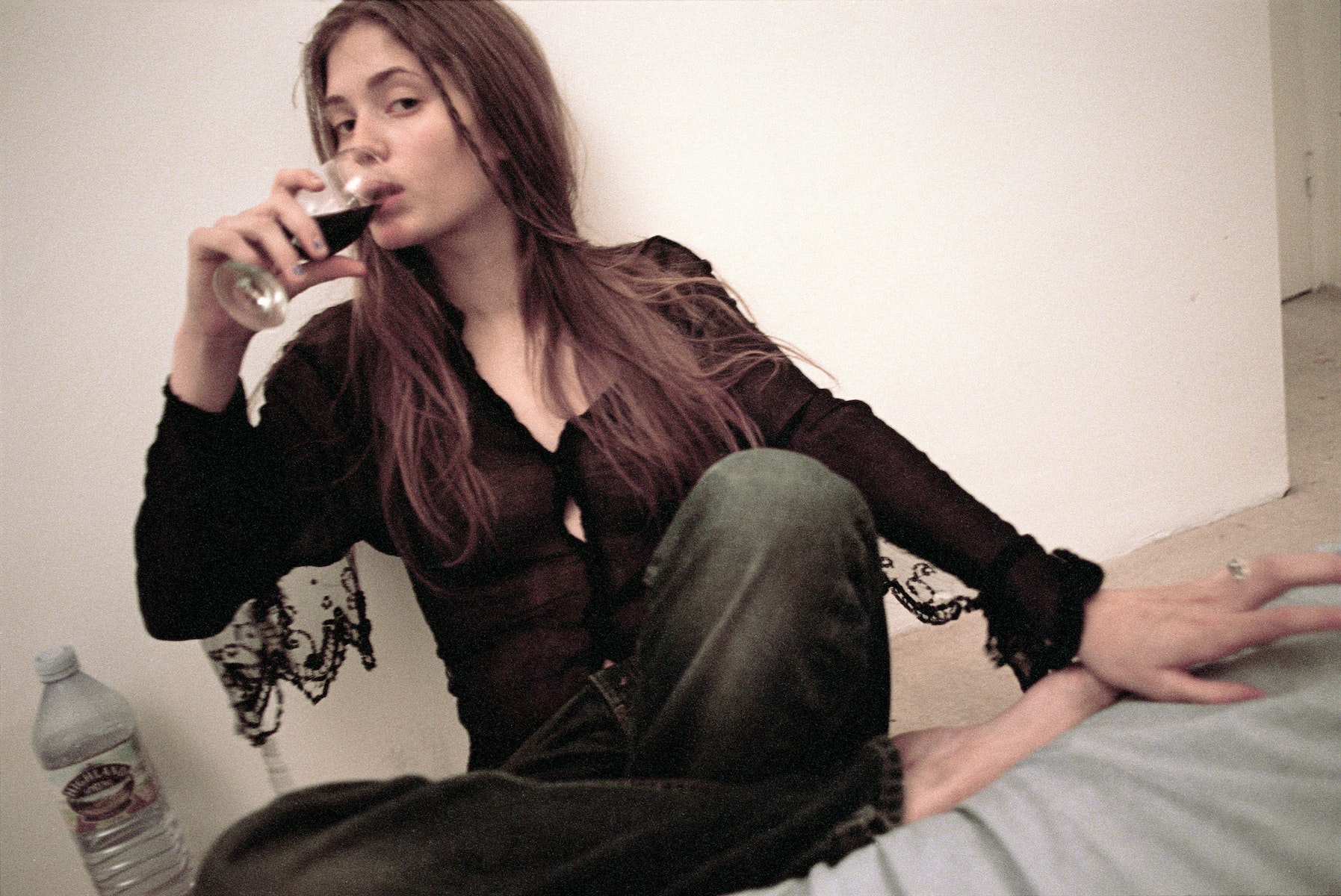 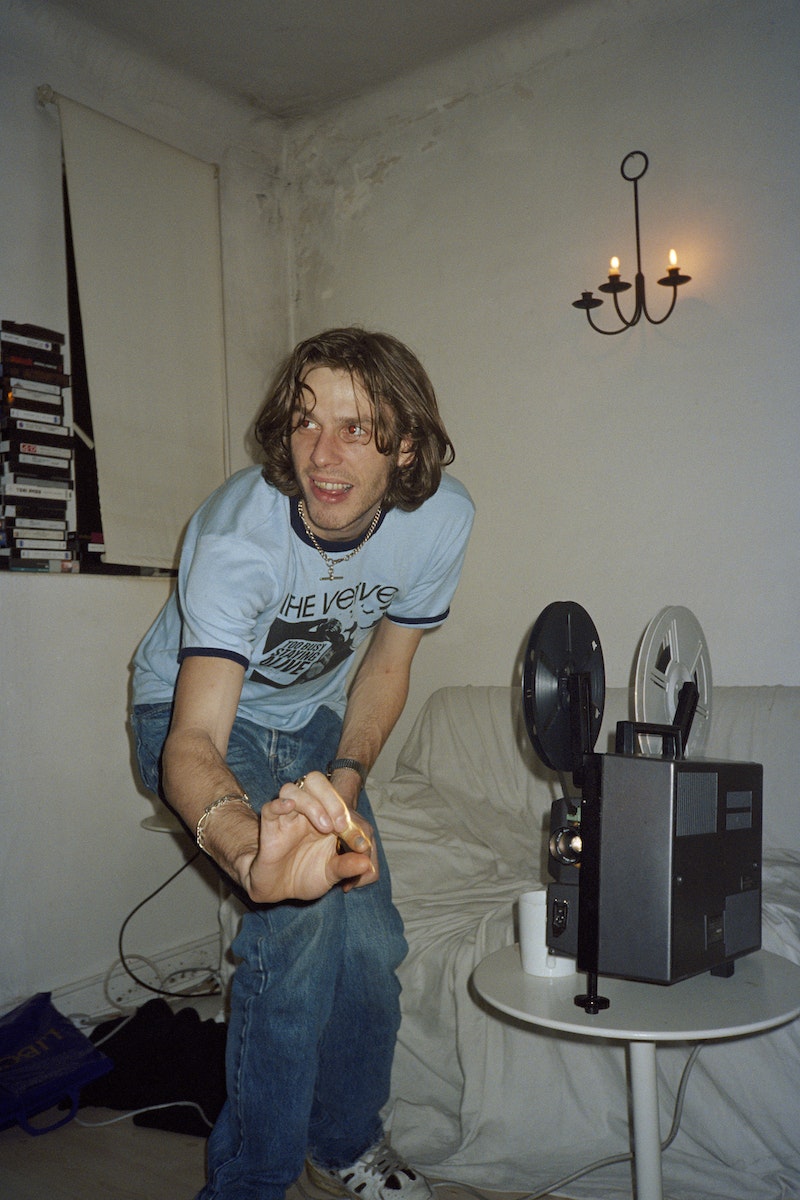 The lack of inhibition evident in these photographs, and across much of Day’s work, was a reflection of the environment that she and Szaszy cultivated. More broadly, though, it embodies the spirit of London’s creative scene at the time, of which Soho was the epicentre.

Late ​’80s and ​’90s London ​“was like a very happy lunatic asylum,” Babchick recalled of the era. ​“Inhibitions went out the window. There was a feeling of liberation and integration and a colourful, British eccentricity… For young people, it was also not a very materialistic time. It was a very creative, comical, poetic time.”

It was Day’s snapshot of this moment – particularly evident in the intimate photographs she made in her flat before and after her fashion shoots, which make up the majority of the works on display at The Photographers’ Gallery – that made her such a vital component of the exhibition, McQuaid says.

“There’s obviously a vast pool of amazing street photography taken in Soho to draw from. But Day’s work is an echo of the creativity that has taken place behind closed doors across the decades. We wanted our edit to be quite playful and to demonstrate her tendency to photograph people that she cared about. I think that that tenderness shows through in the works we chose.”

“The period she was making work in is obviously a relatively complex one in terms of how some of the images were received and the backlash they’ve sparked at various points,” she adds, alluding to the fact that the teenage Moss was topless in some of those early images. ​“But for us it was about highlighting that idea of a bunch of dedicated, and hugely professional, young people making groundbreaking work, and also enjoying each other. In these pictures, it’s almost like you’re looking in through the window of Day’s flat.”