There are two people in a room. One of them is Alexa Demie, who plays the super-glam, bright-eyed Maddy Perez in HBO’s hit TV series Euphoria. The other is multi-hyphenate Petra Collins, one of contemporary photography’s most ubiquitous names and director of Olivia Rodrigo​’s Grammy-nominated Good 4 U video. Shibari ropes line the walls, the floor is covered in prosthetics and slime; the mood is lively and the air full of mischief.

Over 154 glossy pages, Collins captures Demie as we’ve never seen her before. In a surreal reimagining of the fairy tales we know and love, she transforms into a string of mythical creatures – elves, sirens, banshees, fallen angels and witches – all embedded into nine stories they wrote together.

Partly inspired by their respective Hungarian and Spanish heritages, these contemporary retellings feel familiar but just out of reach, only existing in the land of dreams and children’s books.

These elements, it turns out, are deeply entwined with Collins’ own upbringing, which largely inspired Fairy Tales.

“I come from quite a traumatic household and background, so I was already living in a different world and reality to cope, by [creating] fantasies with my sister,” the 28-year-old says, Zooming in from her apartment in LA. ​“On top of that, I wasn’t allowed to watch Disney growing up, so I watched Hungarian folk tales. They were sexual, violent and very psychedelic.

“I think they were created in the ​’70s and ​’80s, when the country was going through a lot politically,” she continues. ​“They’re beautiful and sweet, but some of them are terrifying. I feel like a lot of my sexuality was based on that.”

One of the conditions under which Collins was able to watch TV in her native Toronto was when she was sick, tumbling down the rabbit hole of watching wild cartoons with a high fever, each one deeply penetrating her psyche. 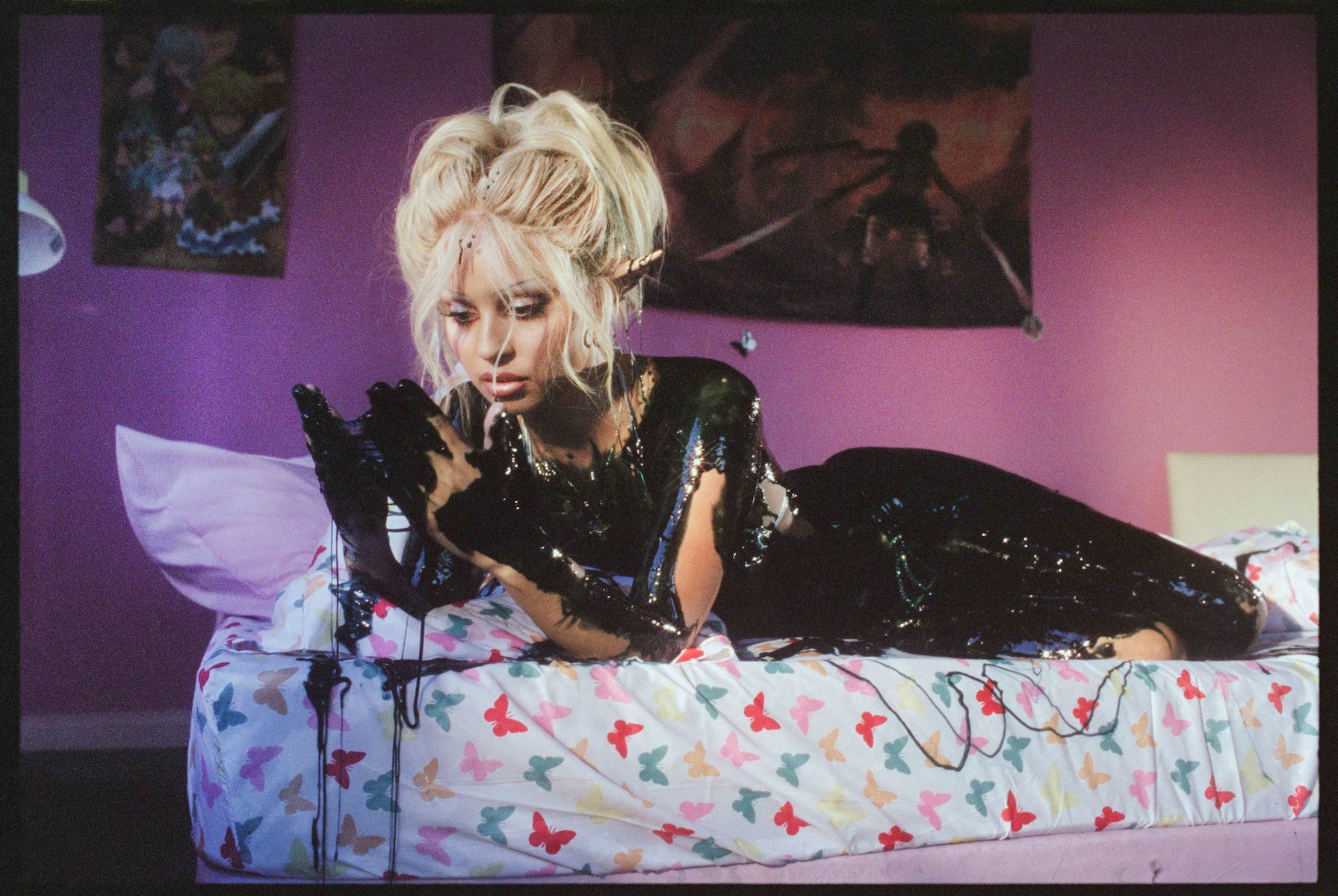 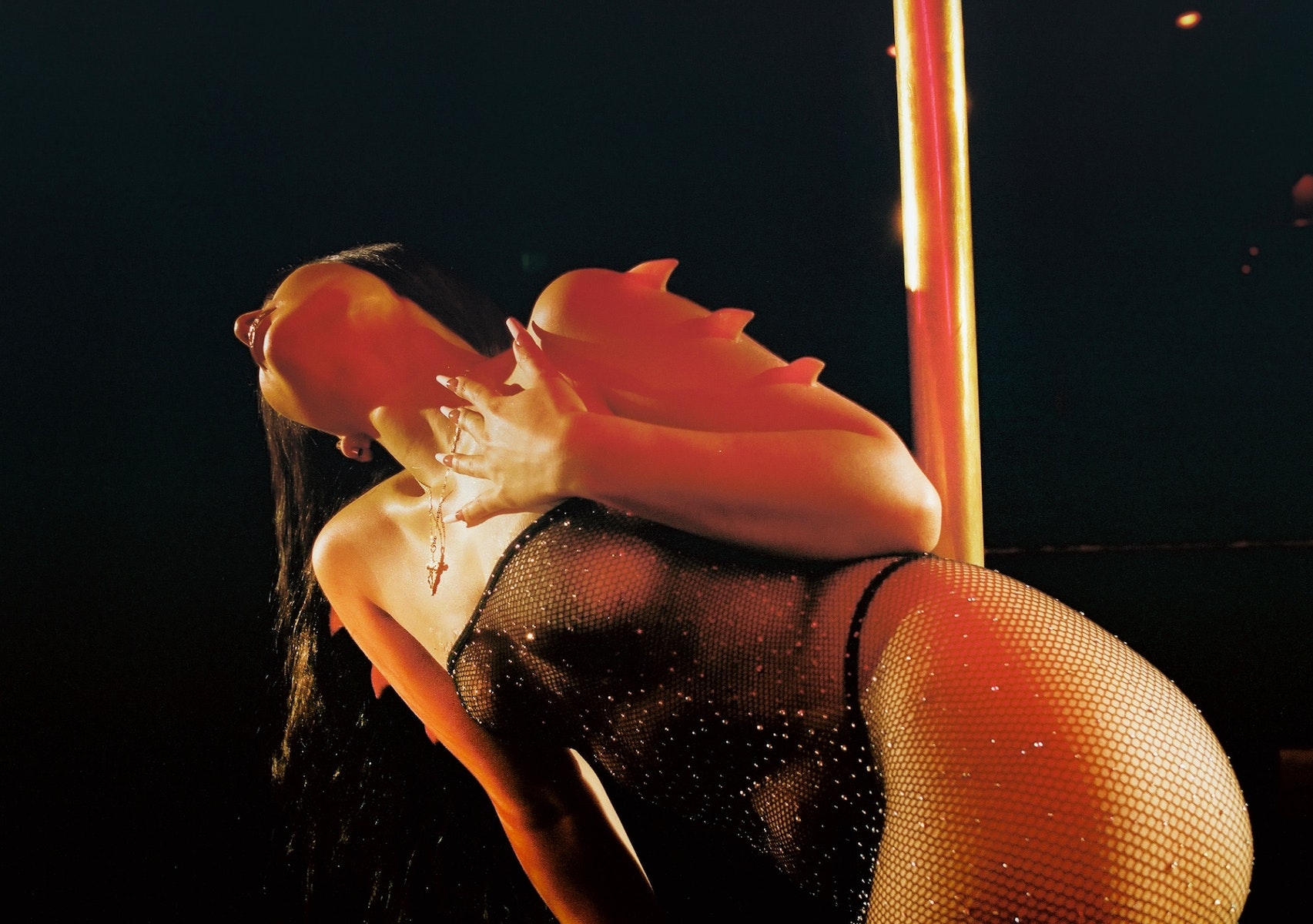 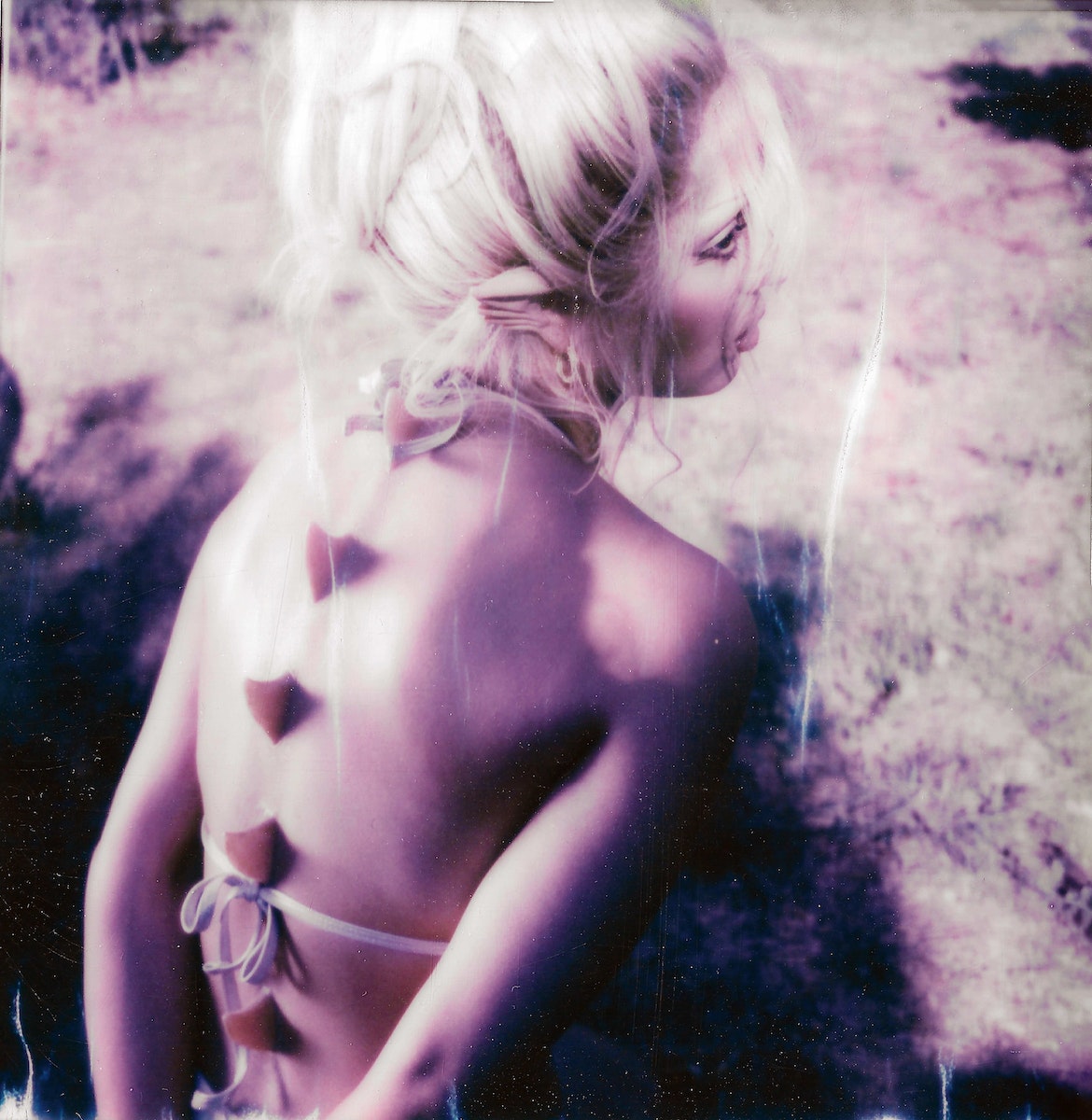 “A lot of the stories in the book – a maternal conflict, stories involving siblings – are all echoes of my life, as are these Hungarian folk tales that are really twisted and wrong.”

When Collins started taking pictures aged 15, she was hellbent on documenting what she saw, but instead found herself living through her subjects. Over the years, exploring the confines of our collective reality and understanding of womanhood have emerged as major themes in her work, informing much of Fairy Tales.

“Pre-pandemic, I was so obsessed with the way we live half of our lives online. We have half of ourselves as avatars and then the other half in flesh. I was always interested in how we present that [to the world]. Then through the pandemic, we were 100 per cent presenting online.”

Suddenly, everyone was turning into high-cheekboned versions of themselves via Instagram filters and FaceTune. ​“In that sense, [this book] felt like I was documenting real life.”

Each image in Fairy Tales is overlaid with a hazy glow, as Demie glances knowingly at the camera like she’s in on the joke. She’s either tied up, shibari-style, in a suburban home, then on an empty train, or splashing around in a water tank wearing nothing but giant prosthetic elf ears.

“[It’s] something I thought was beautiful and cathartic, which I think is missing from photography,” says Collins. Undoubtedly, this is a project designed to inspire unadulterated fun and joy.

“It’s healing, as people, to have something that you enjoy and also relate to, that you can take many things from, where you’re not being forced into any way of thinking. In the beginning of the book, Alexa and I wrote about how we wanted people to consume it in any way they want. That’s the space I wanted to create.” 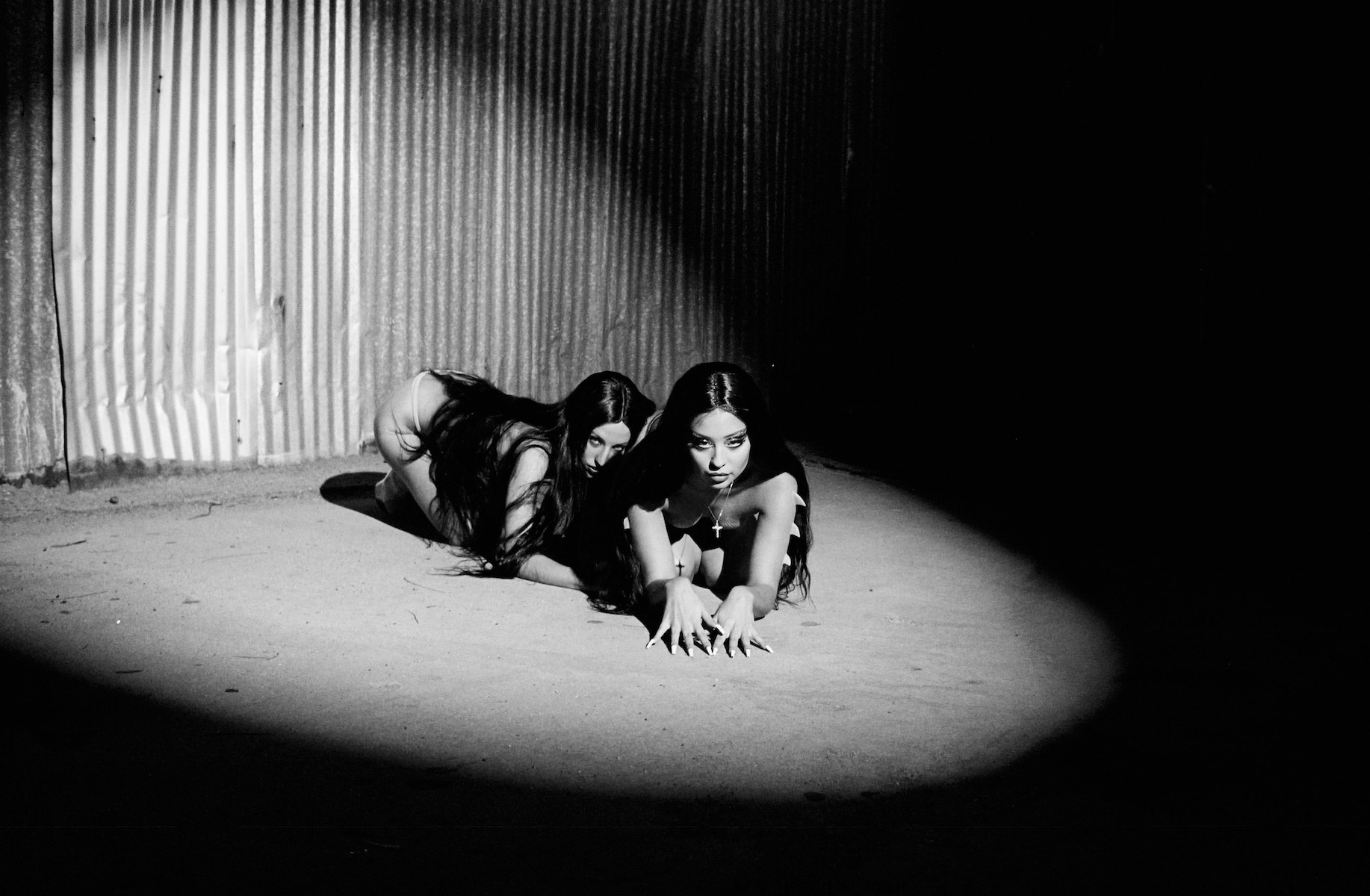 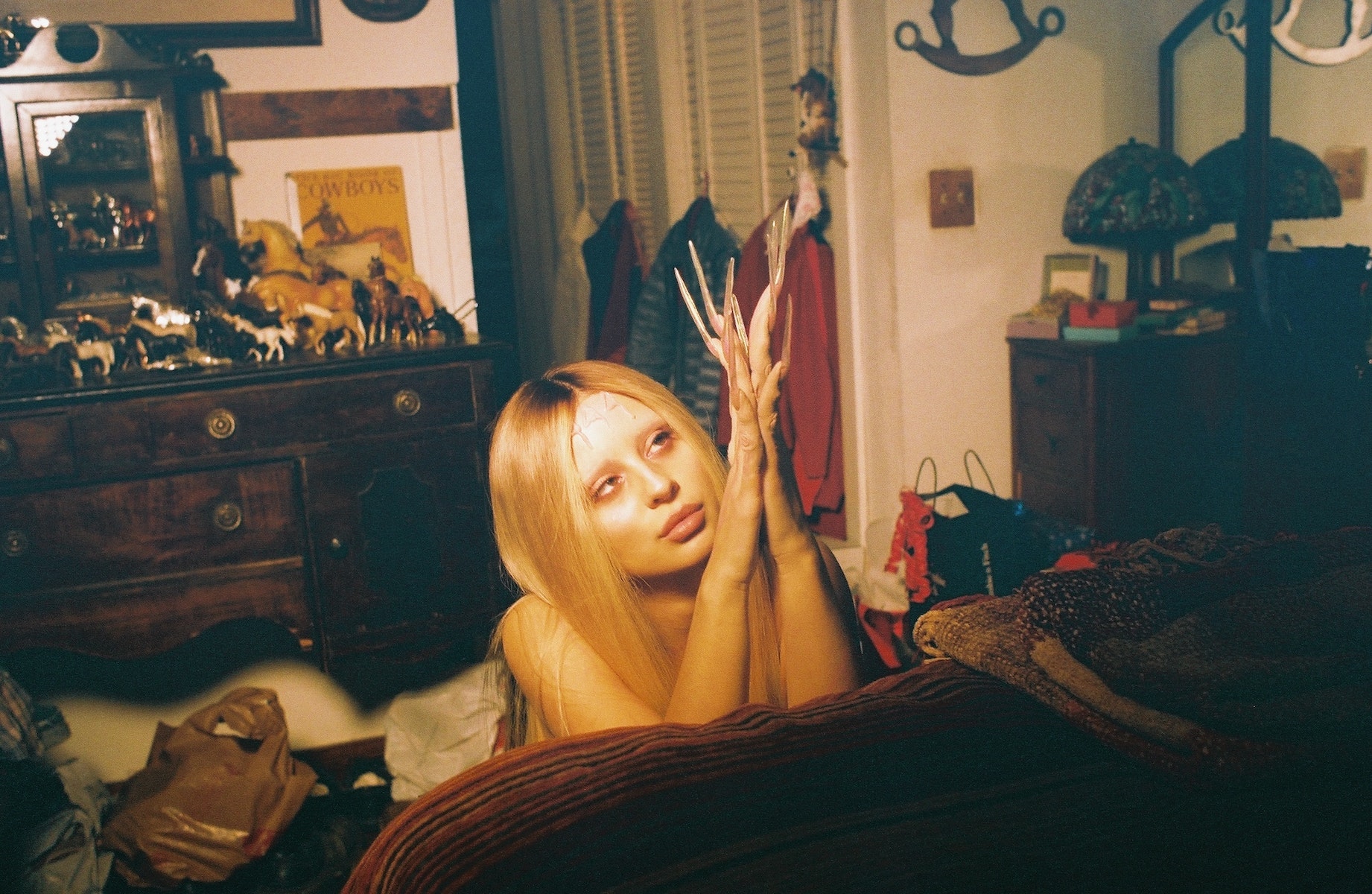 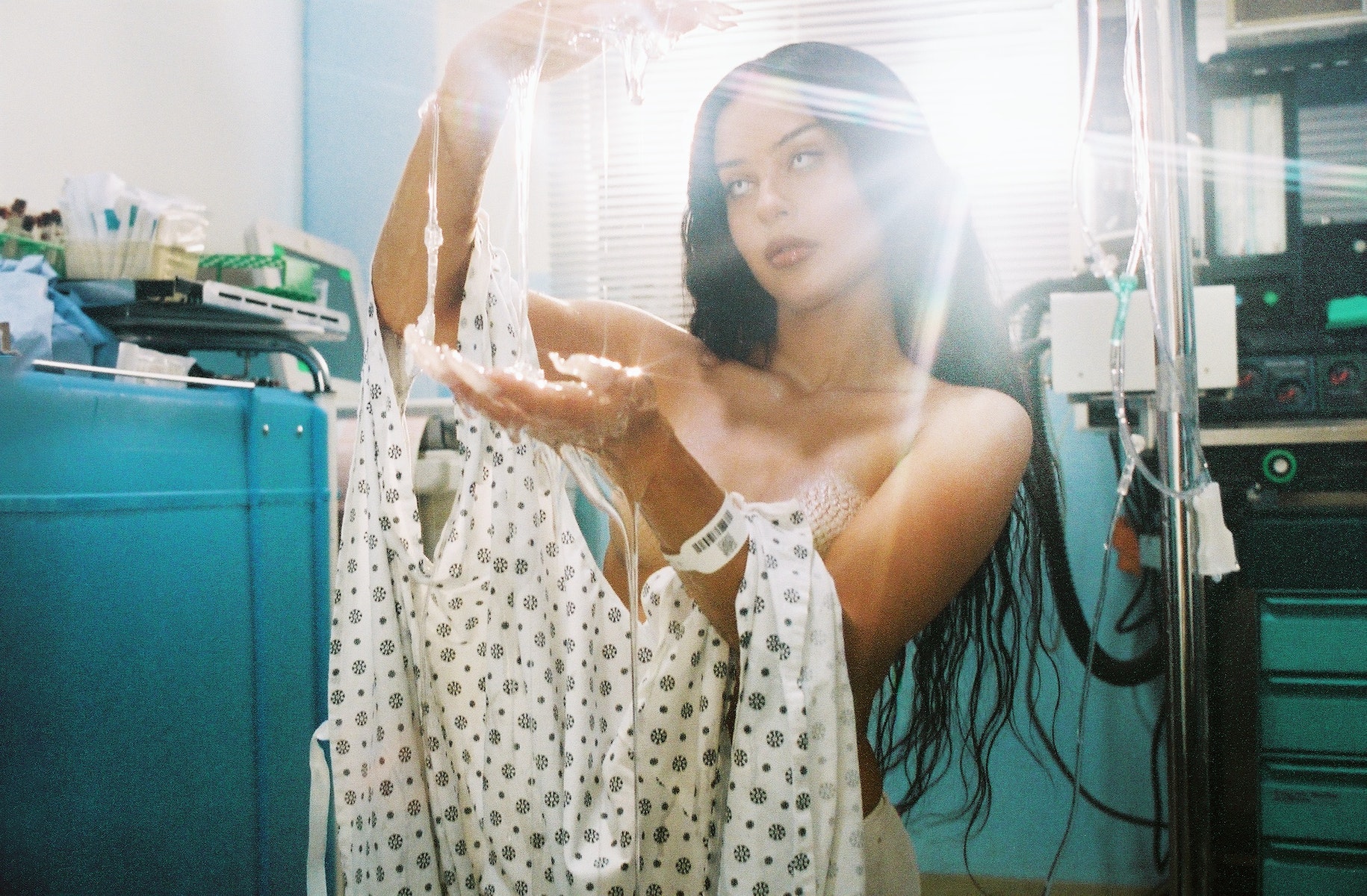 A playful, intimate friendship radiates off each page in Fairy Tales, but Demie and Collins didn’t actually know each other before the book came to fruition. After exchanging DMs on Instagram and shooting the first story, the pair immediately clicked.

“We almost didn’t talk the entire time,” remembers Collins. ​“It happened so fast – that’s the best process. There was no thought, it just flowed and we went right into play-mode, which is how I work. I try to mend my inner child.”

From there, Demie and Collins worked on more stories together from scratch, in a word-association kind of way. They fired up a Google Doc and each jotted down their dreams, often finishing what the other had started – ​“the best way to write, because it isn’t linear” – which resulted in profound, deeply fantastical narratives.

The eroticism that stretches throughout Fairy Tales came naturally to Collins, as a means of working through her own sexuality.

“I used to have such a fraught relationship with my body and how I presented myself, or how I thought others were seeing me. When I was starting out, the stuff I was looking at was horror or erotic-themed. That’s always been at the core of my being.”

By the same token, she acknowledges that Fairy Tales isn’t actually sexually explicit at all.

“I love the trickery of that. It doesn’t have to connect to sex. It’s just pleasure in general, which is what I think eroticism is: pleasure in life or in anything. That’s what the point of it is.”

Ultimately, for Demie and Collins, Fairy Tales was a cathartic exorcism of sorts, a way of working through the sometimes sordid details of their childhoods before turning them into something special that’s, well, really nice to look at.

And they all lived happily ever after… But where does Petra Collins find solace now, in the cold, hard light of day?

“The next piece of work I’m going to make,” she replies. ​“I’m working on a feature, moving image. That’s my great escape!”

Fairy Tales is out via Rizzoli on 30th November. Click here to pre-order