There aren’t (m)any films at the London Film Festival like Neptune Frost.

Billed as a special screening in the Experimenta strand, the Afro-futurist sci-fi is potently intuitive for some and continuously confusing for others. Created by multi-disciplinary directors Saul Williams and Anisia Uzeyman, this anti-capitalist cyber-musical set in Rwanda and Burundi follows Neptune, an intersex hacker (played by both Cheryl Isheja and Elvis Ngabo), who establishes a celestial bond through dreams and cyberspace with Matalusa (Bertrand Ninteretse), a grieving, impoverished coltan miner.

Both protagonists interrupt the First World societal order that exploits the people and pillages the continent for resources (such as coltan, the metallic ore used in computers and smartphones) with a glitch in the global system – ​“the greatest breach of the digital age,” as a Western news anchor puts it.

Steering away from African storytelling as we know it, Neptune Frost delivers a fresh actualisation of the conversations within the African diaspora and beyond. Visually stunning and sonically uplifting, it revels in themes such as spiritual abuse, collective trauma, political unrest, rampant poverty, the dire, ongoing results of colonisation and the connection to things outside of ourselves. We’re spoilt for choice for our next diasporic dinner table discussions.

Experience the rarity of Black characters entrenched in softness, joy and revolution all in one place, one story, one screen.

Zooming in from Los Angeles, American-born poet and musician Williams and Rwandan-born actress and playwright Uzeyman, explain how they brought Neptune Frost to Earth – and how it developed from their original framing.

Saul, you initially conceived Neptune Frost as a graphic novel and a Broadway musical. How did it then shift to the screen?

Saul Williams: After meeting with producers who said, ​“I love this story, I love this idea, [but] we’d be more up to invest for screen”, I started slowly making that shift to making the project for screen as opposed to for the stage. And by deciding to do it as a film, it really opened up a number of other variables. Because when I was conceiving it as a play, I imagined myself in it, and it would not be in Kinyarwanda and Kirundi [languages of Rwanda and Burundi]. There’s so many amazing things that happened as a result of basically taking myself out of the picture!

Anisia, what did you want to achieve with the film?

This story allowed me to do something in Rwanda, and that has been very important in my life now because this is the place where I am from, and the place that is dear to my heart. So I had the opportunity to show it as I wanted to show it.

I appreciate you moving away from the direction of well-known African mythologies or deities like Oshun – you created a new spirit guide, The Wheel Man, who has bicycle wheels for a crown. How did you come up with that concept?

Williams: The idea of The Wheel Man, Toto, The Avatar was inspired by a mixture of things. But he was first inspired by Dogon mythology [from Mali] because… the Dogon were the first that we know of to chart Sirius with the naked eye, before we had telescopes. And we know Sirius as a binary star. So there’s Sirius A and Sirius B.

We’ve also known there’s another star within that called Sirius C, and that little star is [also] called Digitaria. And Digitaria is the vortex that we built [and] the name of the village where the characters pass through in order to communicate with that realm.

As artists, are you satisfied you were able to creatively express your political views with such a big project?

Uzeyman: I am very sensitive and thankful to be able to share a story from that place, and for people to say that they see themselves in it. I think it is a very touching and rewarding thing to share a universe so far removed…

Is that the same for you, Saul?

Williams: Already there has been a number of people that have come up to us after screenings in the few festivals we’ve been in who have been like: ​“I’ve been reading this book. I have been thinking a lot about this, thinking about our connection to this and that. And I am glad to know I am not crazy to connect the dots between whether it’s politics or the history of exploitation.”

[I like] the connection between that and self-expression, identity and the connection between that for people to make these connections… I think that’s important in terms of people feeling seen. What becomes obvious about the film is that certain gatekeepers were not involved with the making of the film because, if they were there, the first questions they would have asked would have been reflected in the film. There would have been a face of somebody you recognise in it, probably an English[-speaking actor]. Who knows what other political qualities may have been watered down. 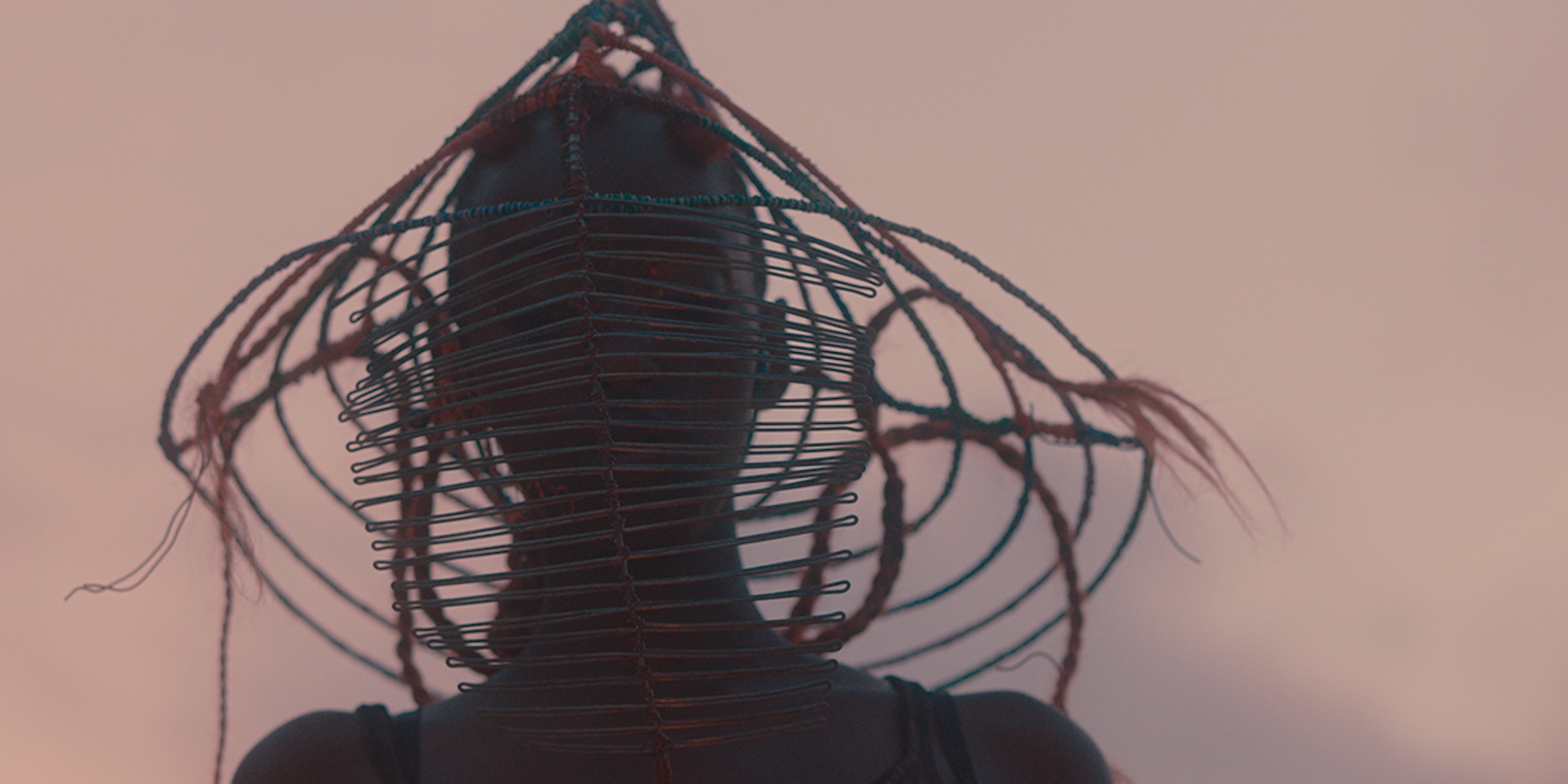 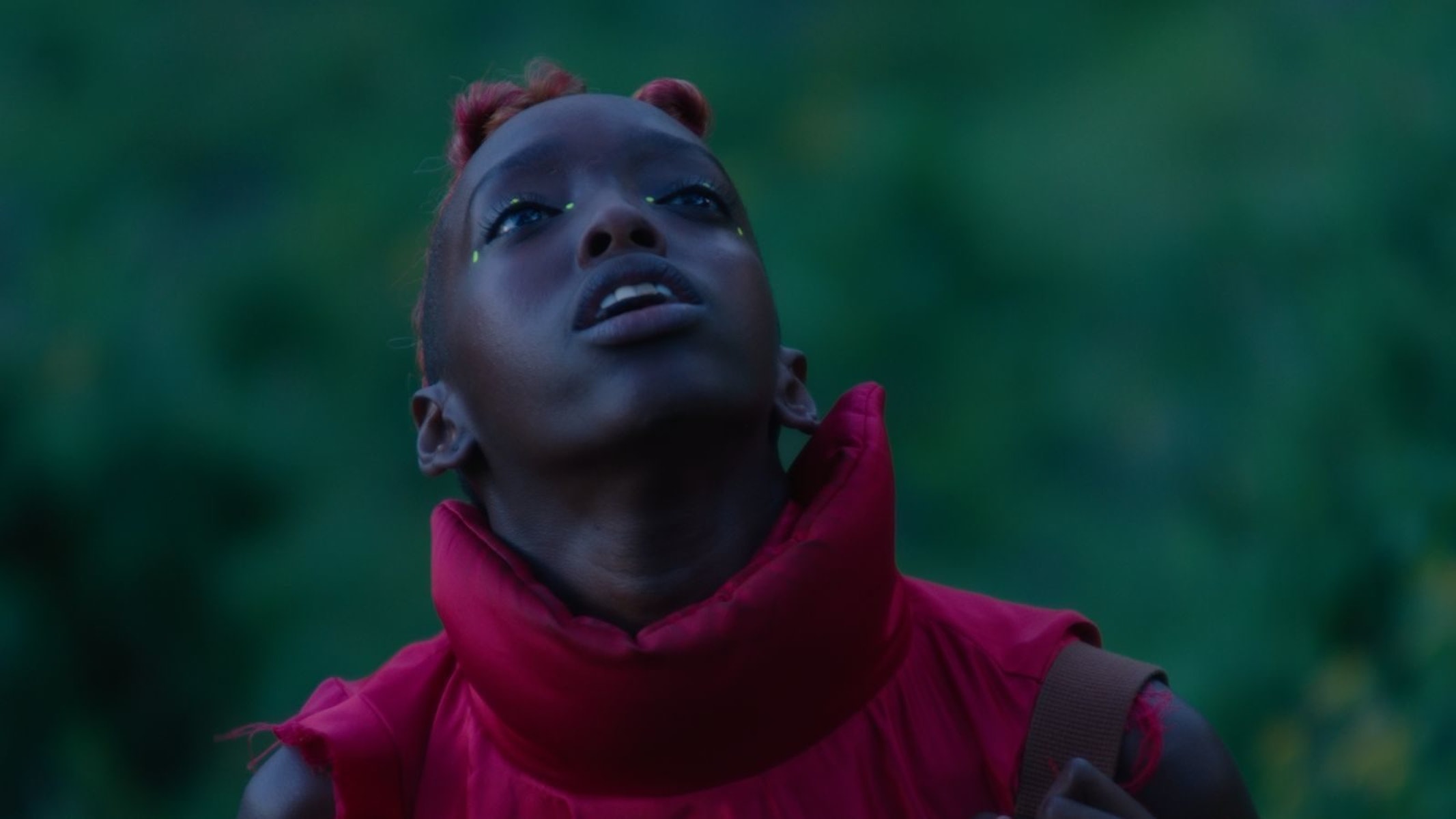 And it’s an important piece of African film-making…

Uzeyman: I think in the landscape of African cinema, it is a reflection that we’re having. It is also important to pose those types of narratives and deeply feel that. That is not the narratives that are celebrated or what the industry is looking for.

Williams: And to be clear… that essentially [means that in] certain places, you’d expect a miserabilist aesthetic – something that centres around poverty, loss, death. Because this is how [people often] relate to the continent. I hear you’re only allowed to make that sort of story…

I also appreciate you creating a completely fresh film – you weren’t pigeonholed into ​“the Black version” of a white movie. How important was it for you to write a completely new story?

How has making Neptune Frost affected your own personal journey to becoming reborn?

Williams: This is that moment… In another couple of years, I could say that I have been on tour for 20 years. And I began getting interested in the type of writing that would allow me to not be on tour unless I wanted to. To shift. So putting words in the voices of characters, putting songs in the voices of characters, with images and stuff, was slowly becoming of interest for the sake of rebirth.

Also, these are things I’ve been dreaming of since I was a teenager – and if I didn’t find the courage to take that step, then would I ever find that courage.

Uzeyman: I read something not so long ago which was interesting, [which was that] artists were giving birth to themselves continually. So it was very interesting to think about the fact that, through art, a film, a book or a song, we are giving birth to ourselves each time. I don’t know if it really responds to what you are calling a rebirth but it is a necessity, I guess.

Each time you have to pull something so huge and so wide it must be because it is a necessity to get this thing through. To get this thing on the other side. To give it.