If you walk from the White House to the Capitol Building in Washington DC, you pass by a long, raised plaza on Pennsylvania Avenue. Its official name is Freedom Plaza but I always knew it as Pulaski Park.

Skateboarders dubbed it that after the horsebound statue which sits at the plaza’s eastern end. It’s of Polish-born soldier Casimir Pulaski, who fought for American independence in 1776. Today, the plaza hosts festivals, various civic events and, sometimes, protests. The most recent were by Trump supporters angry at the results of the 2020 election.

But since the ​’80s the most consistent users of the public plaza have been skateboarders – even though it’s technically illegal to skate there. Dave Schubert grew up in the area and, as a teen, took photos of the skaters and his friends; thankfully, he kept hold of the negatives.

After staying up all night scanning slides, we managed to get him on the phone for a brief chat about his memories of the beloved location. 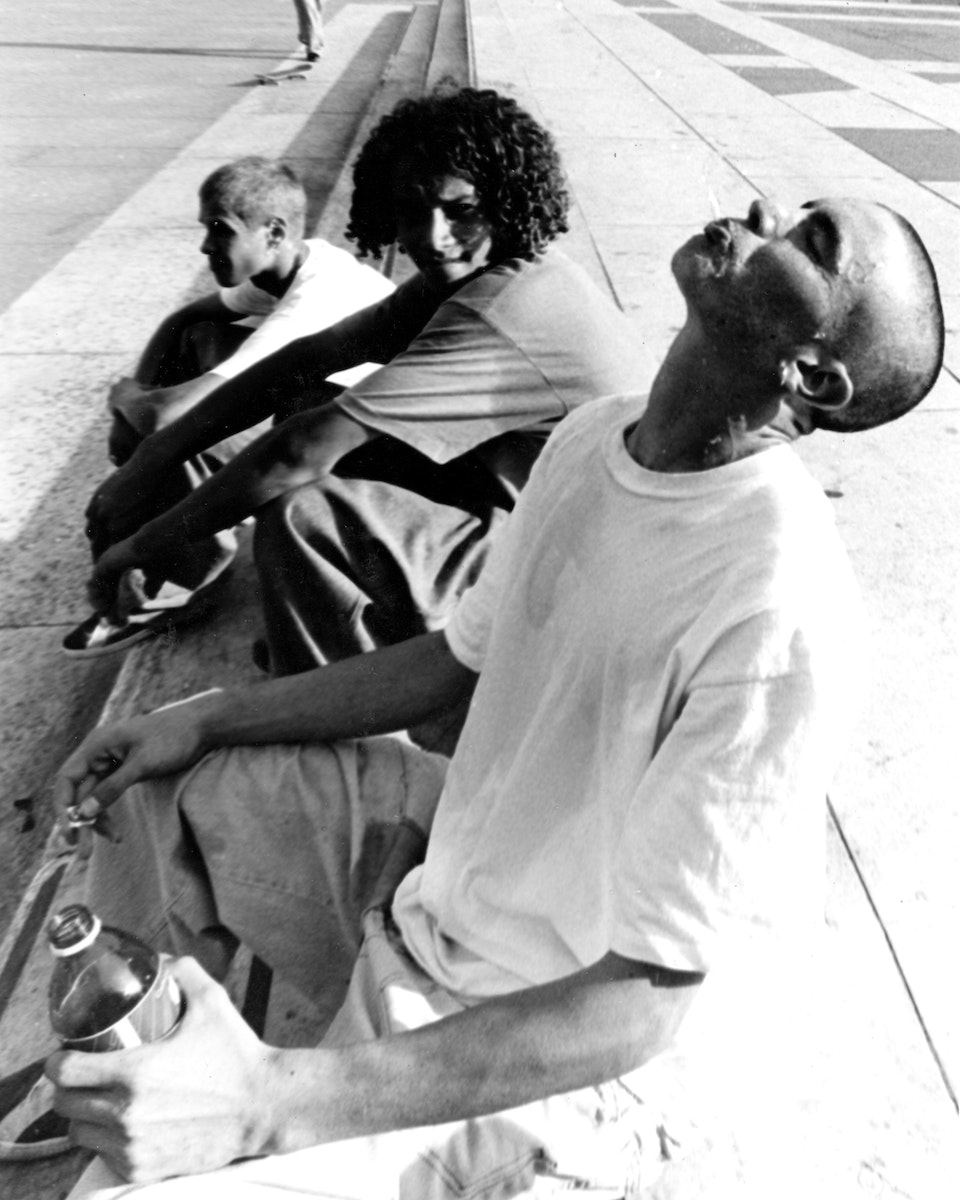 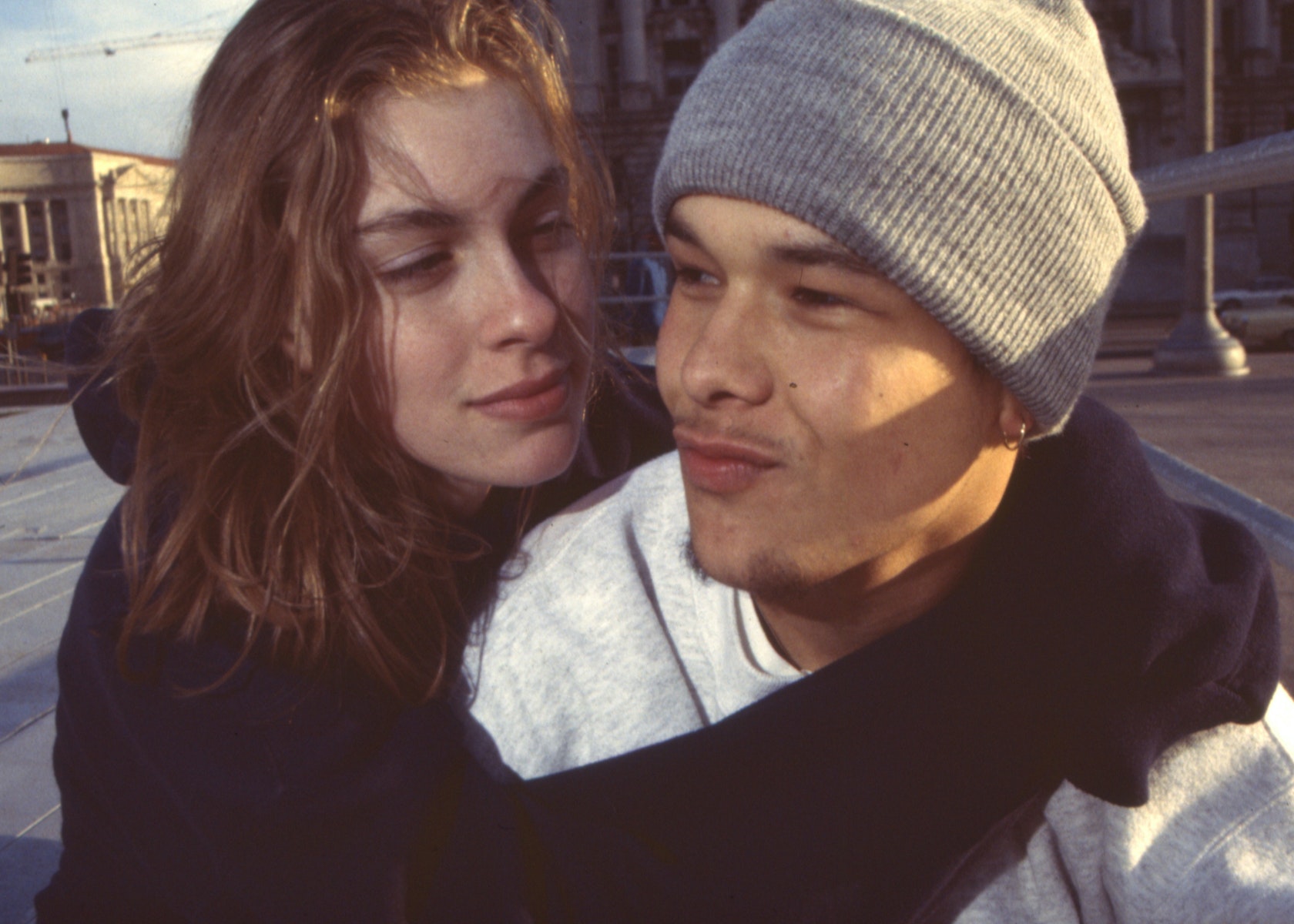 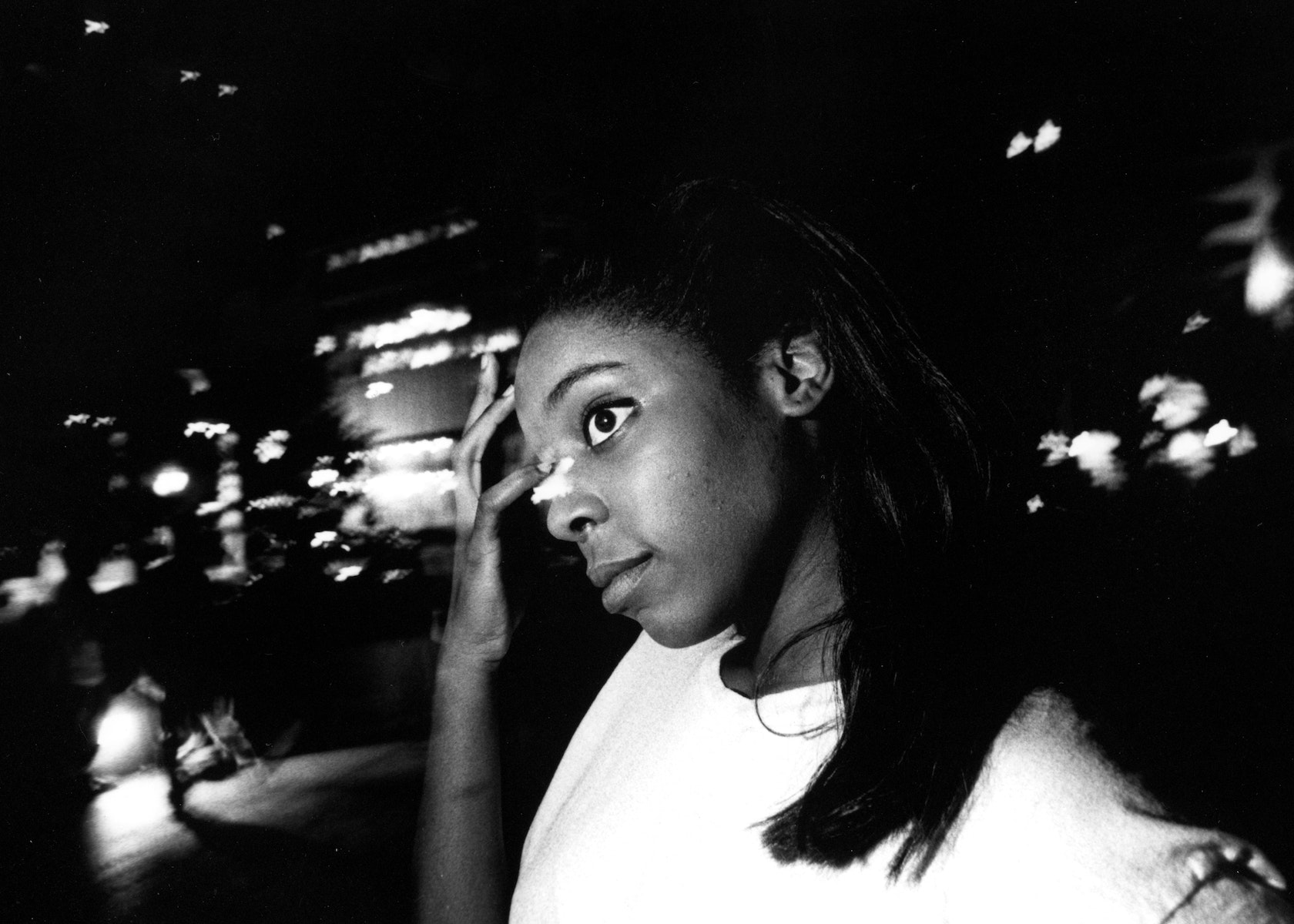 When you were combing through these and looking at photos you shot almost 30 years ago, what came to mind? What feelings and memories did they evoke?
Yeah, I actually hadn’t seen some of these photos since I took them. They’ve just been sitting in boxes. Emotion-wise it was rad, but pictures from the past, that’s all they are: pictures from the past. I don’t think of them too much, but then showing other people it’s like: ​“Oh shit look at that, there’s Pepe [Martinez]!”

He passed away, so I feel like I gotta hook him up and show people what he was like. The dead can’t talk for themselves. It was refreshing looking back at my graffiti photos, too, but when I looked through them I was like: ​“He’s dead, he’s dead, he’s dead…” There are so many dead people but there weren’t as many looking at these Pulaski pics.

When did you first go to Pulaski Park?
Seventh grade, so I was 13 or 14. It was around 1988 and no one was really there. But then I remember later I came down on a Saturday and it was packed. That was probably 1989.

Is that when it became a top skate destination?
At first we’d just skate all around the city. But then when I was a little older I’d skip school, then I’d go [and] skate [in] DC, and that’s how I’d stumble into [Sean] Sheffey and Mike Kepper [pro skateboarders from the late ​’80s/​early ​’90s]. They were skating at Pulaski, and I was like: ​“Oh shit!” 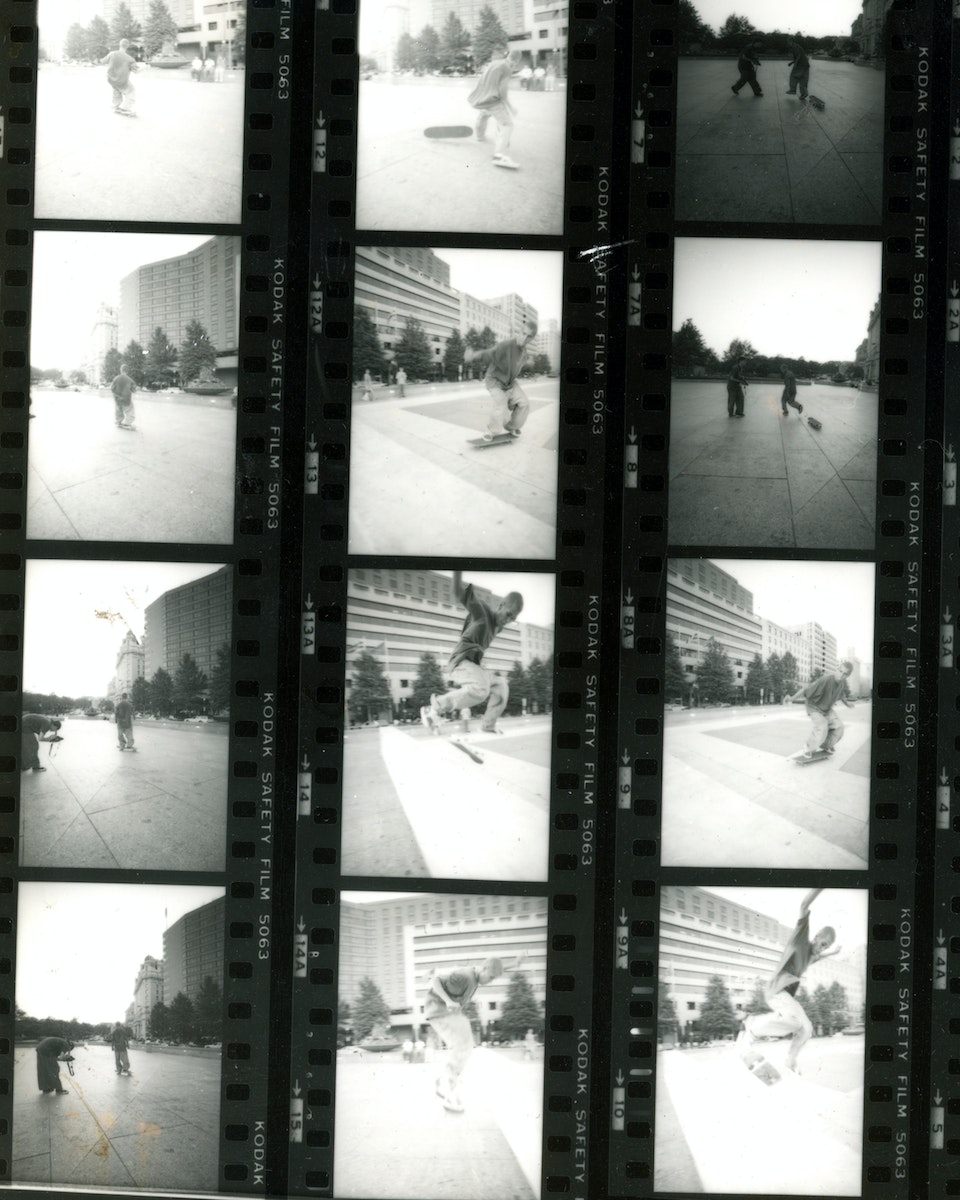 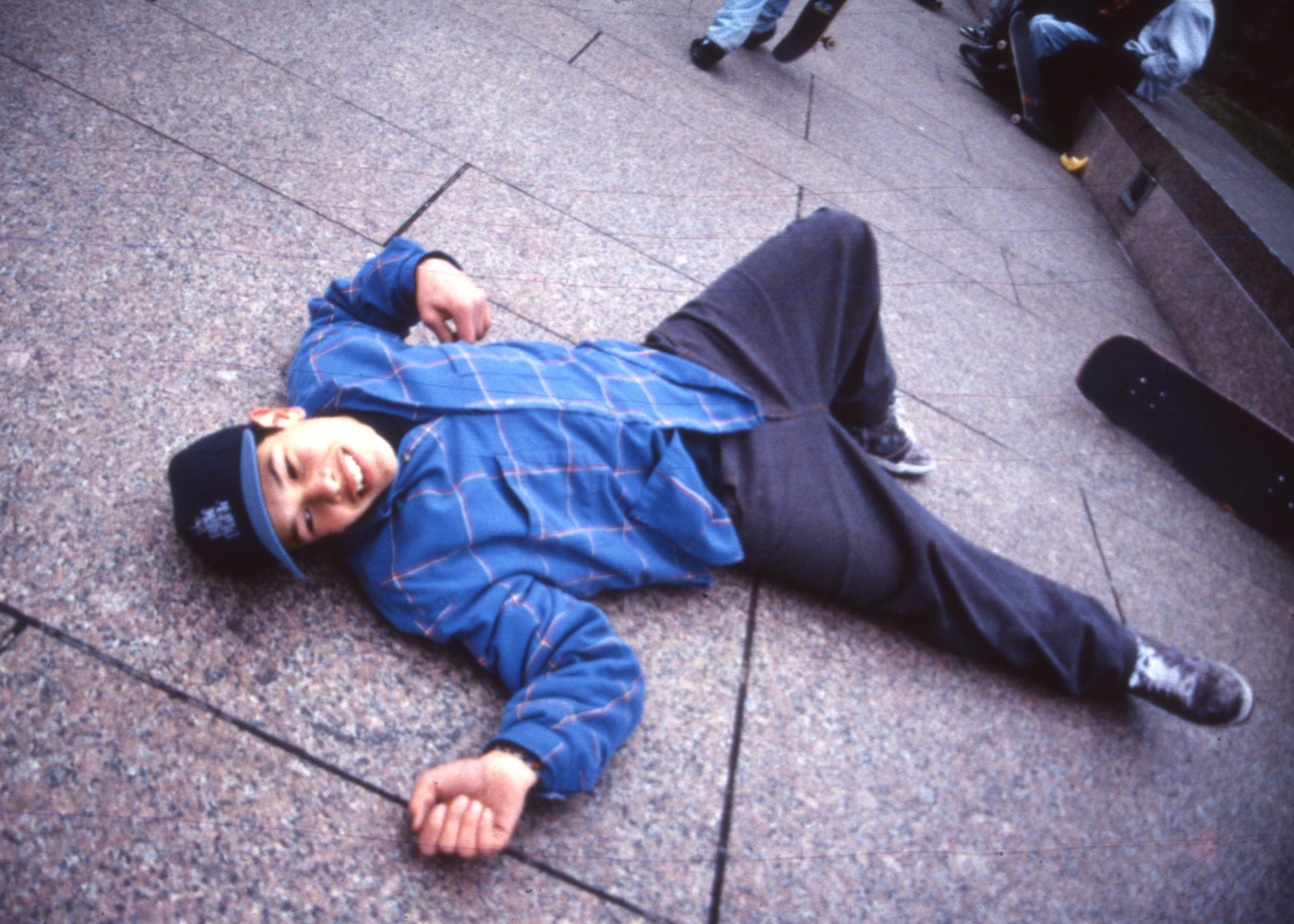 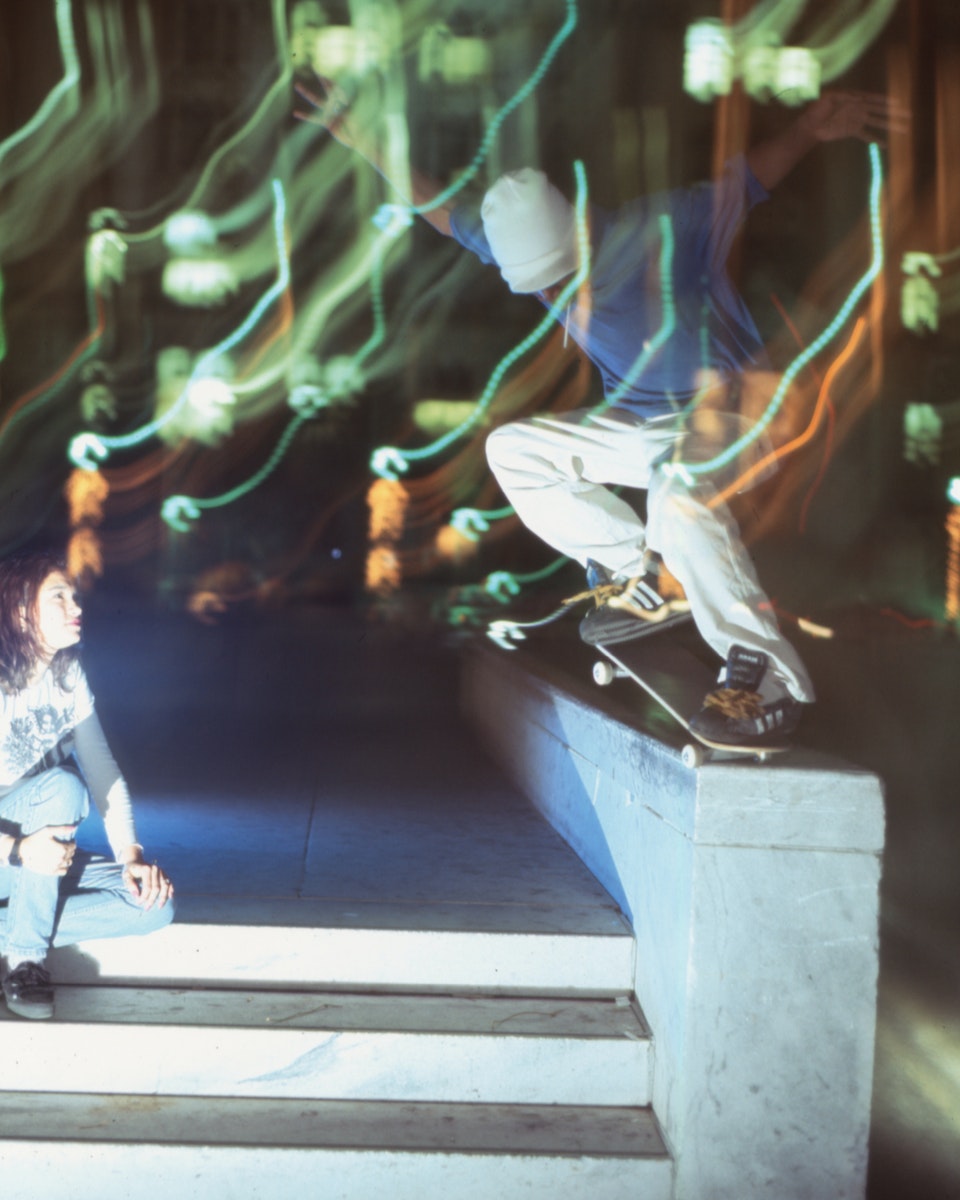 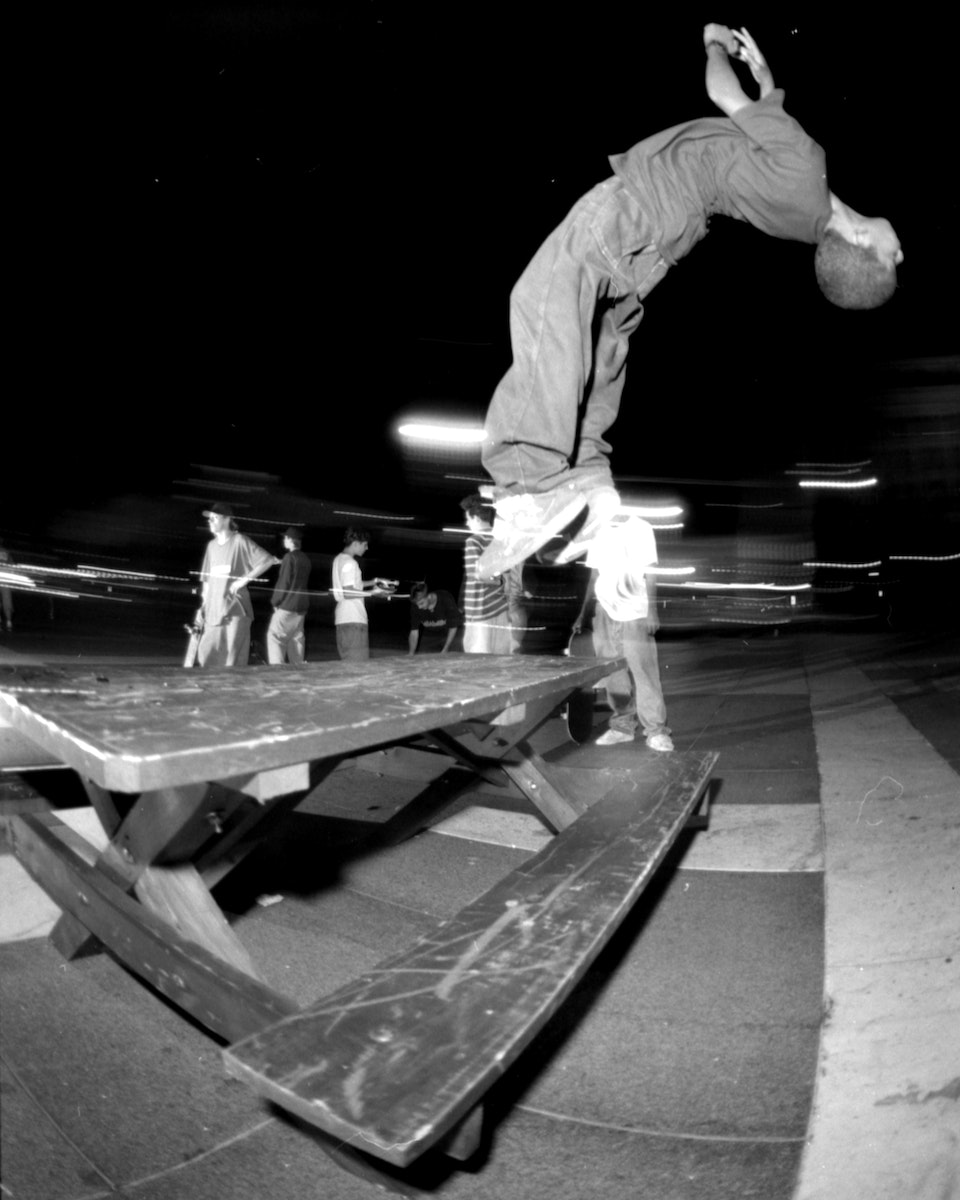 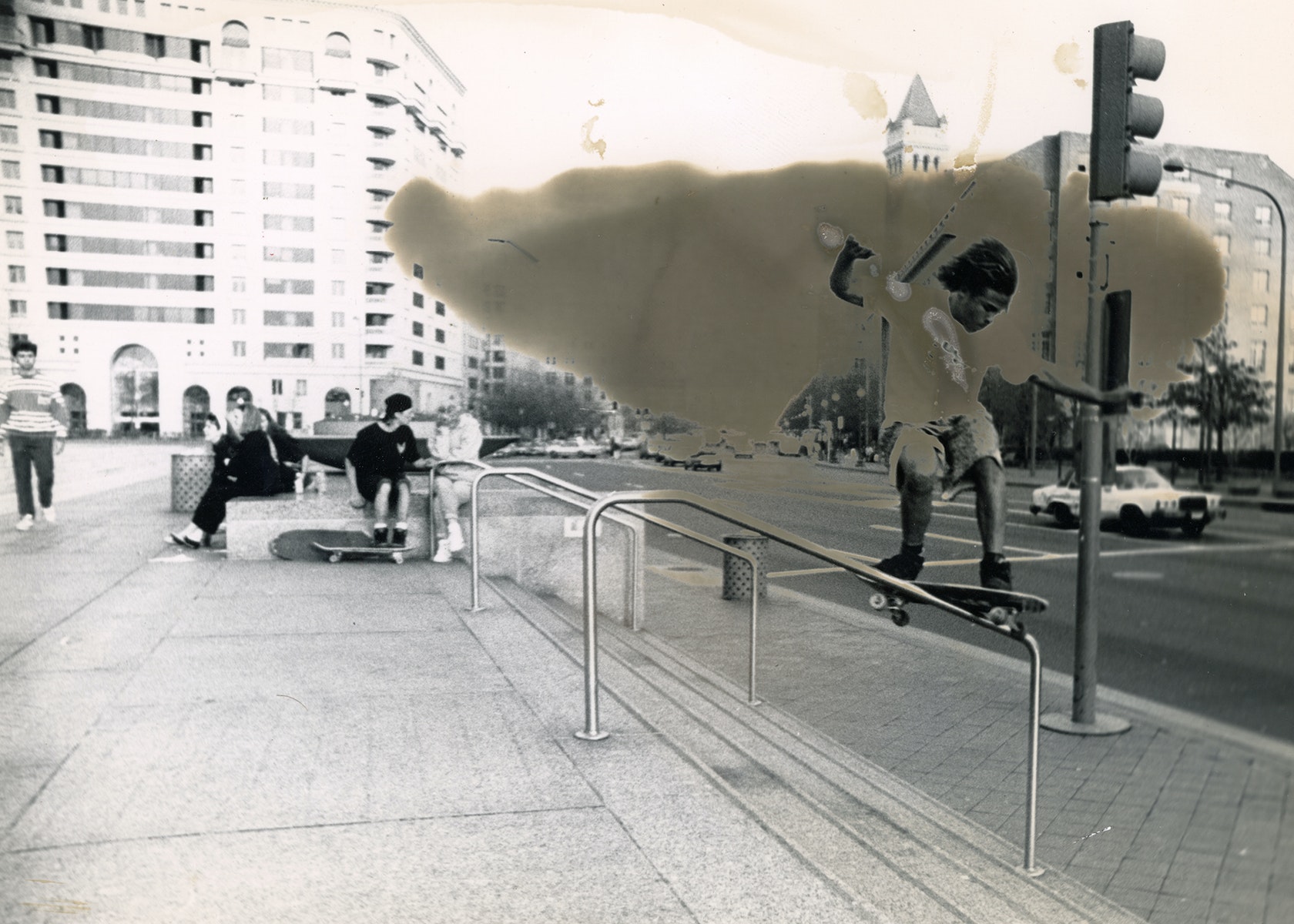 That’s sick.
Yeah, I’d take photos and give them to them. I’d bring Sheffey little prints that I’d made in my darkroom and he’s like: ​“Ah pretty good.” You know, like, take more! [laughs]

Did you study photography in high school?
Yeah, I did. But I started taking photos from when I was in third grade, because my father was in the Air Force so we’d move around a lot. And when you’re a little kid and you’re just starting to learn about the world, and they tell you that you gotta move you’re like, ​“What the hell?!” So my parents said, ​“Here’s a camera. Take photos of what you want to remember.”

The photos that THE FACE selected, they’re from the early ​’90s. Who was on the scene back then?
At that time it was Pepe Martinez, Andy Stone, Reese Forbes, Stevie Williams was around… He was, like, sleeping in my sister’s room, when she was in college. [laughs]

But yeah, there were so many people, it’s definitely difficult for me to do a roll call. The place was people’s family.

Like a home away from home?
Yeah, I would drive to some of these people’s homes, and their family was more the people at the park than it was at home sometimes.

They had tough home lives?
Yeah. It was like: ​“Hey you need a spot to crash at? My sister’s room’s open.” When you’re hanging out with someone skating all day, if they need something, you’re gonna help ​’em if you can. 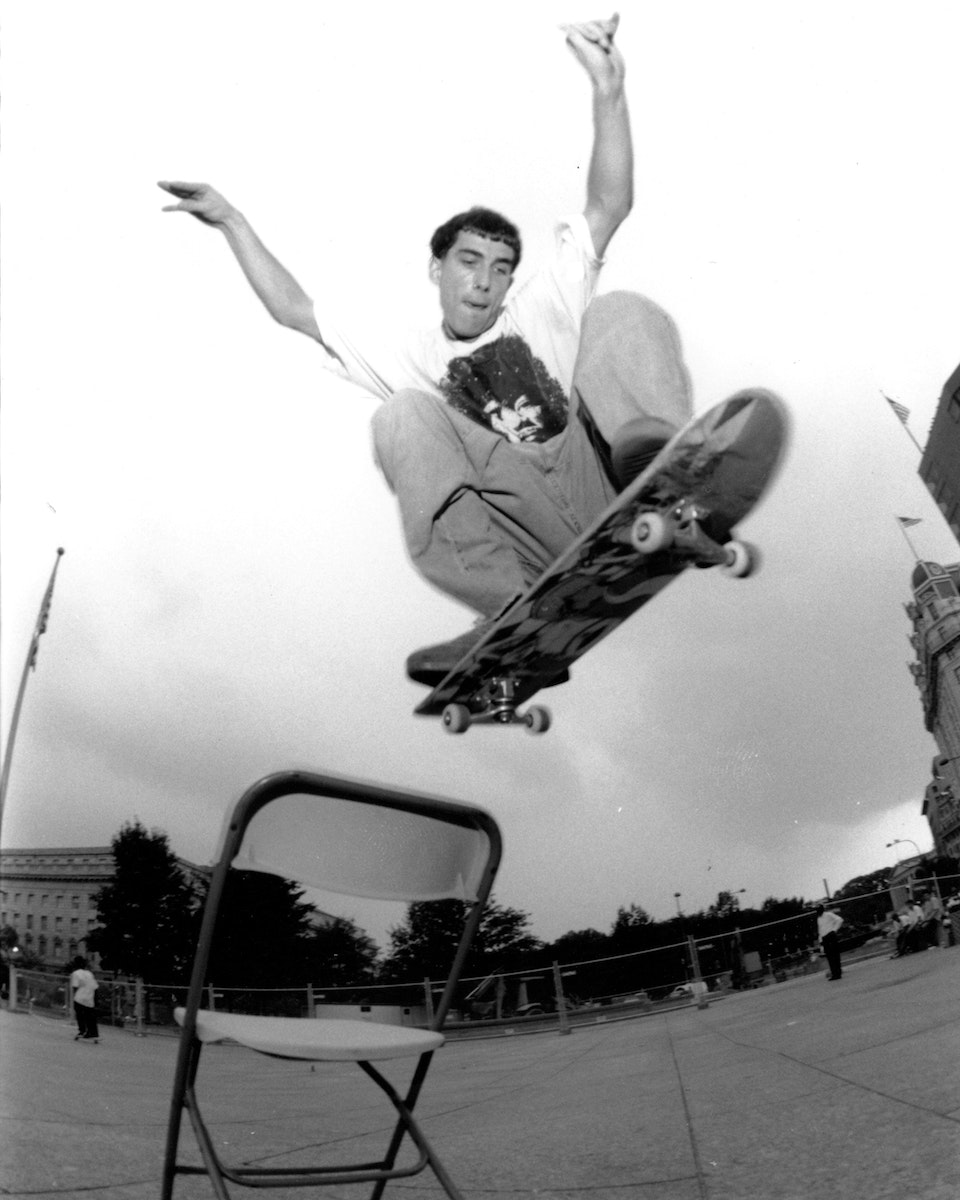 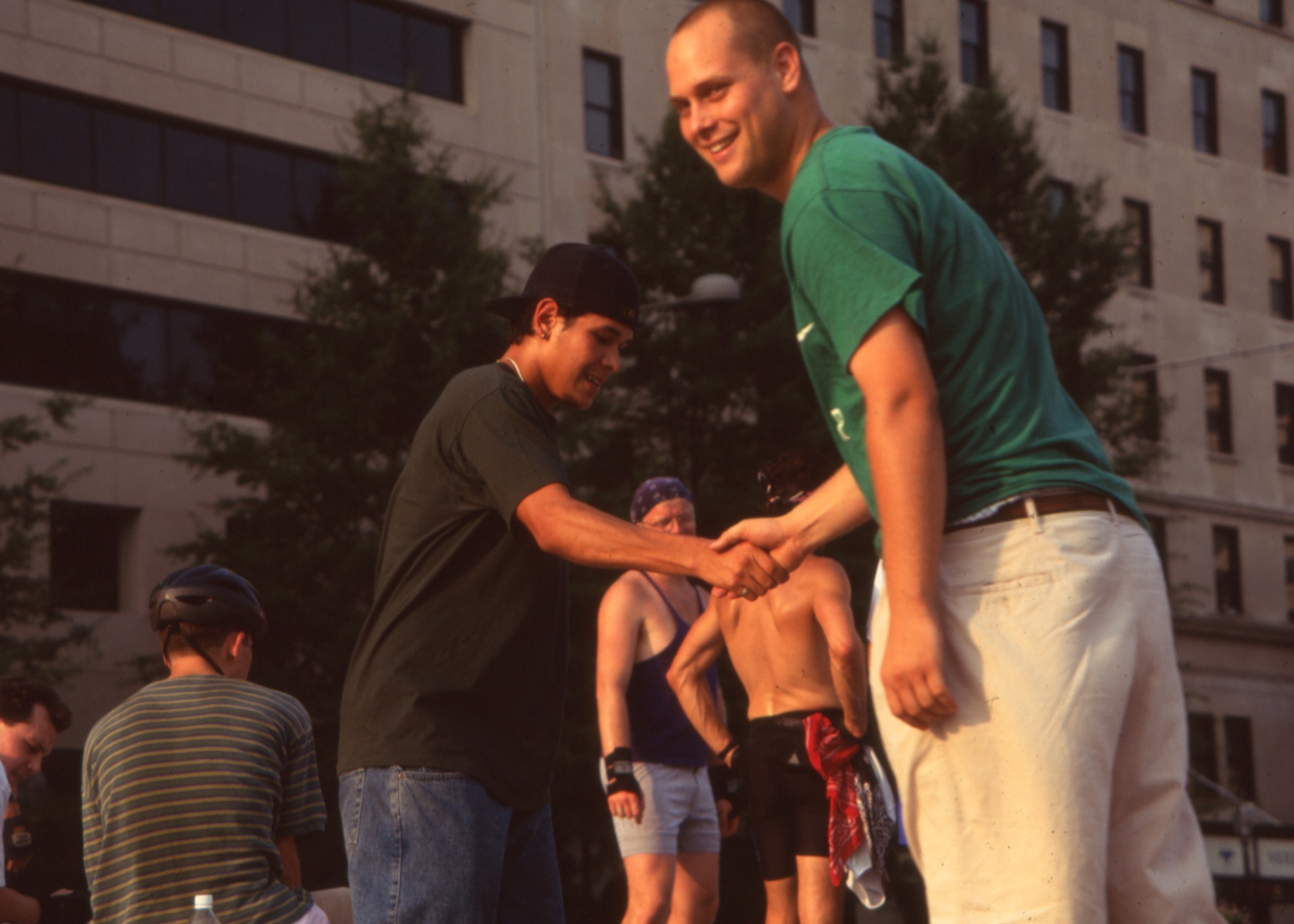 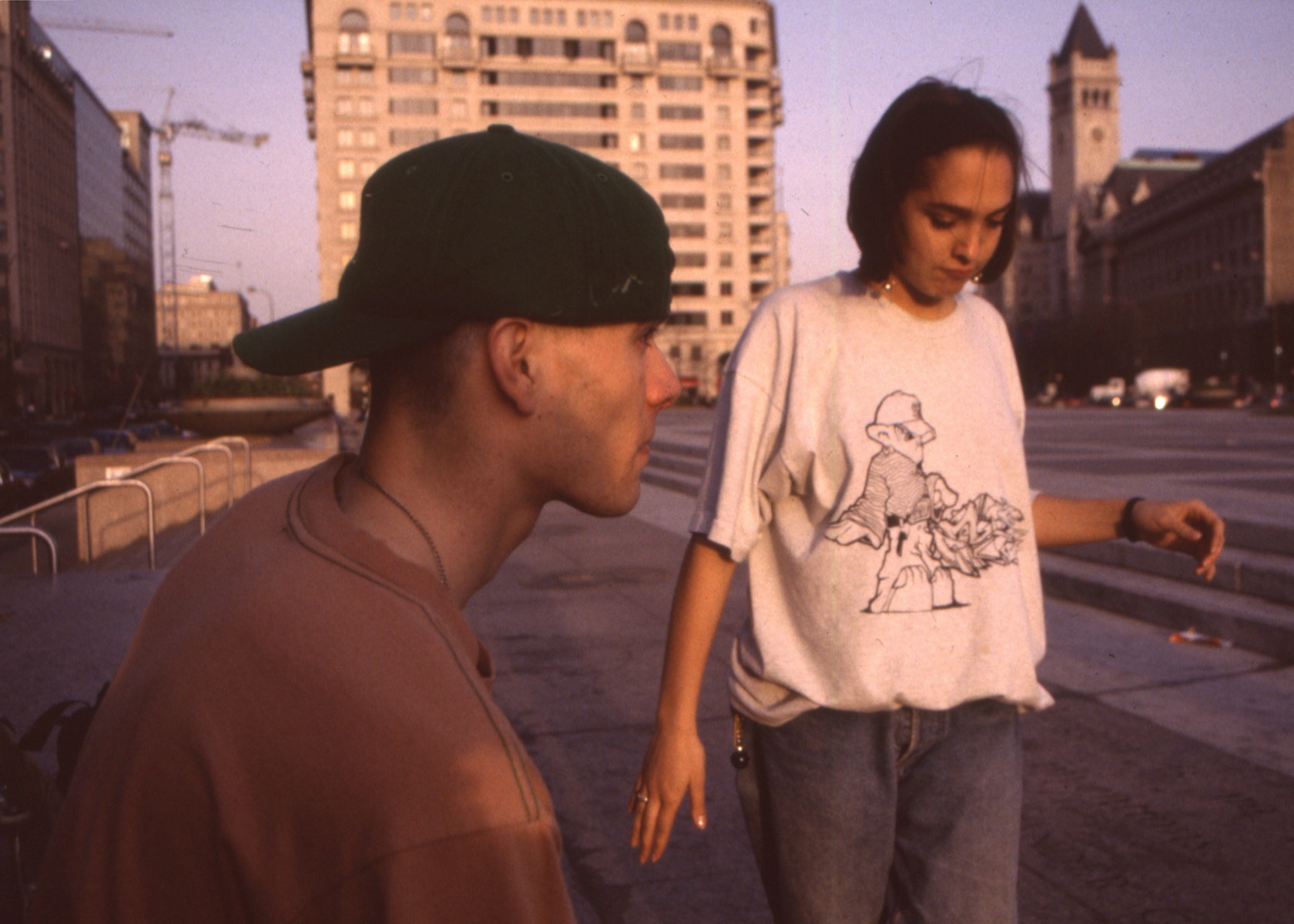 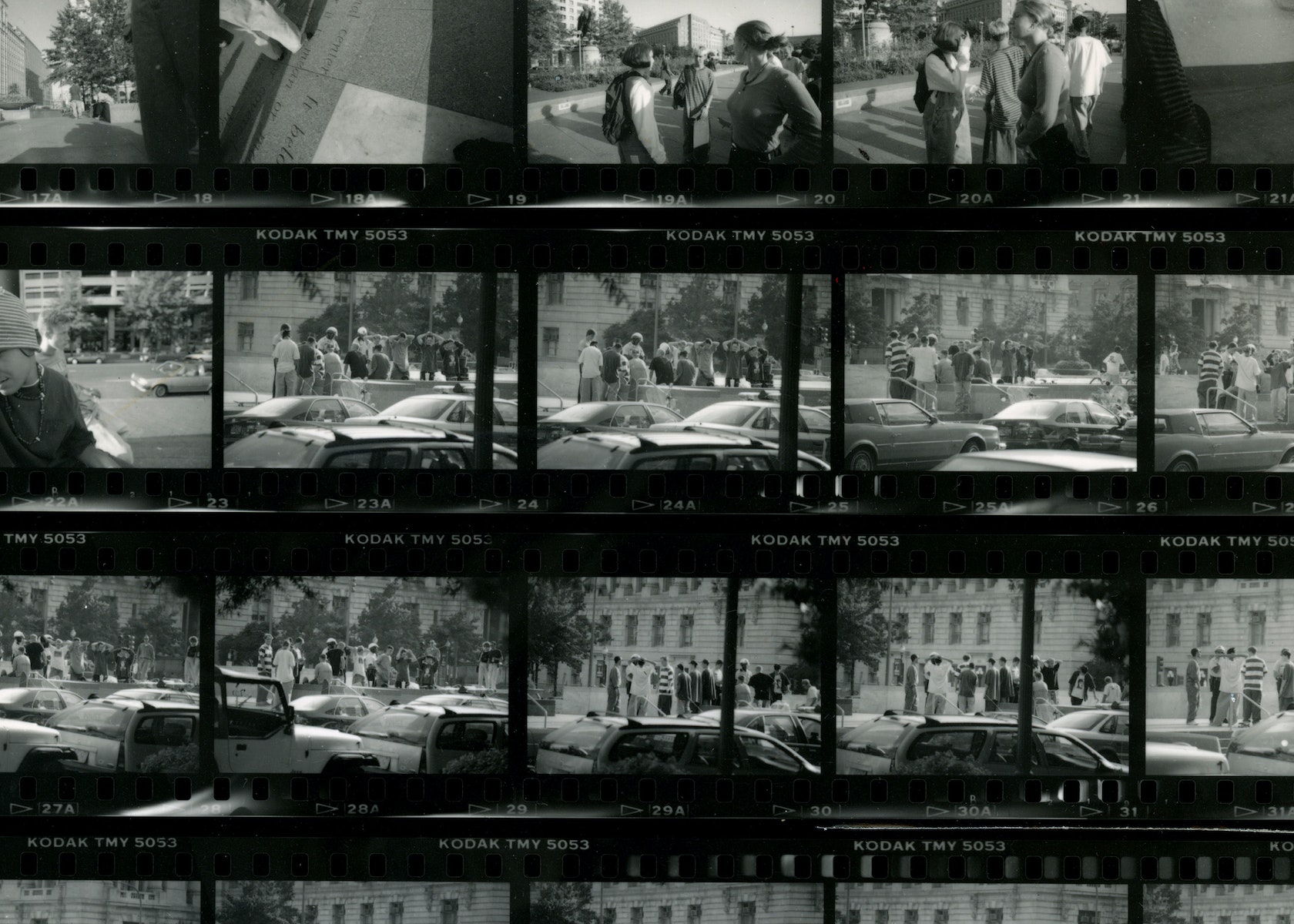 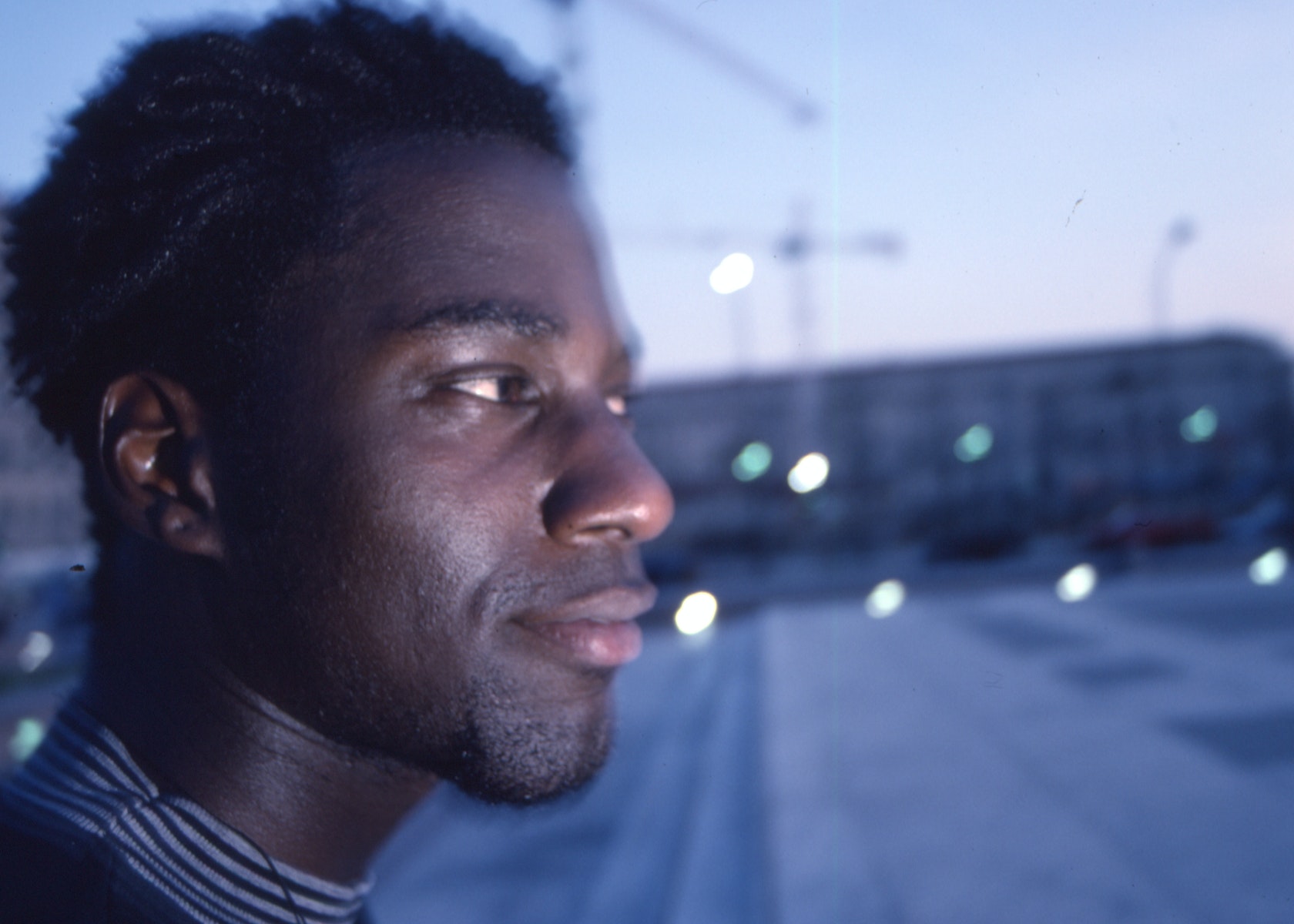 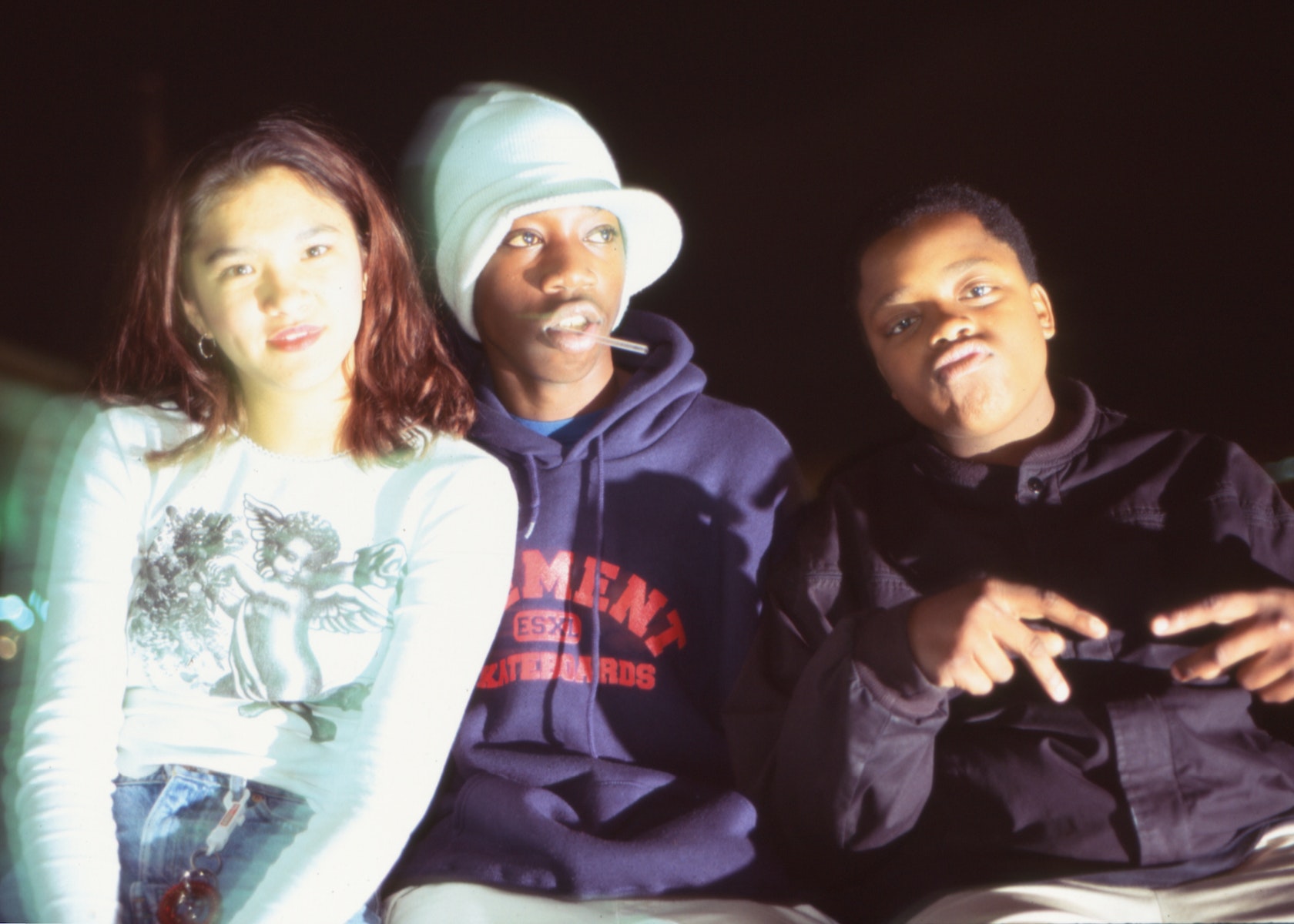 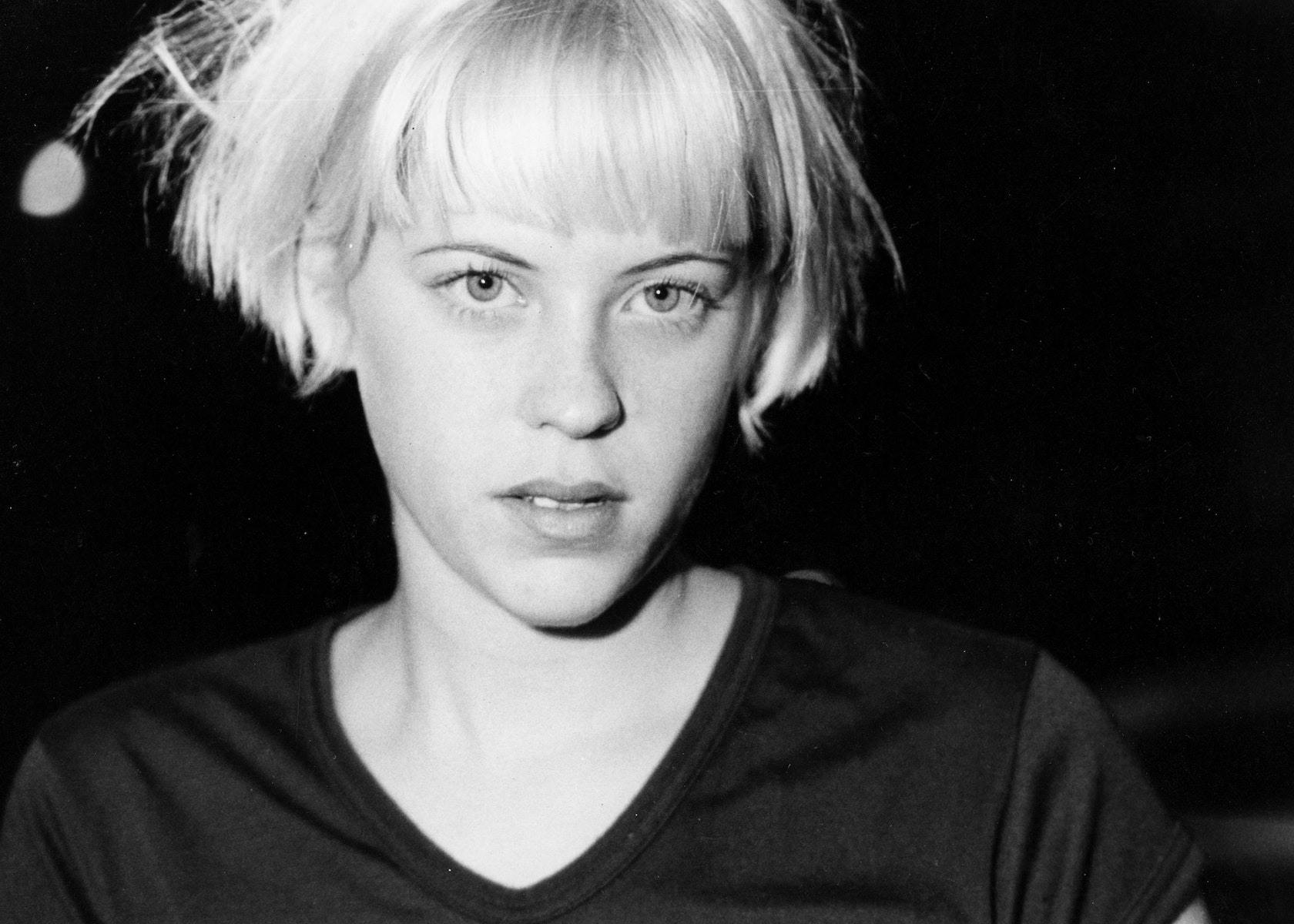 Yeah, totally. There are a lot of girls in these photos. Were they down there skating or were they just hanging out?
They were hanging out mostly. When I first went there in ​’88 or ​’89 that was the first time I saw girls skating, and I was like: ​“Holy shit!” But I never saw it again at Pulaski, not often at least. The girls that were there in these photos were just hanging out with us.

What did the local businesses think of all the skaters at Pulaski?
Back then there weren’t too many businesses nearby, a few, but it was mainly office buildings and Pulaski was just a plaza you walked through. People would be in and out, so skating didn’t really cause much distress. You know when the pants started going kinda crazy, in like ​’92?

I remember.
People kinda flipped out because there’s all these guys from the suburbs that were wearing these big pants, so they called the cops and had everyone searched. I was actually at the store and I was like: ​“Oh shit!” So I took some photos of everyone getting frisked. Everyone’s getting padded down by the cops, because they had these big pants in all different colours… So they were like: ​“Ah you’re a gang member.” But they said: ​“No, we’re skaters, this is what we wear!” 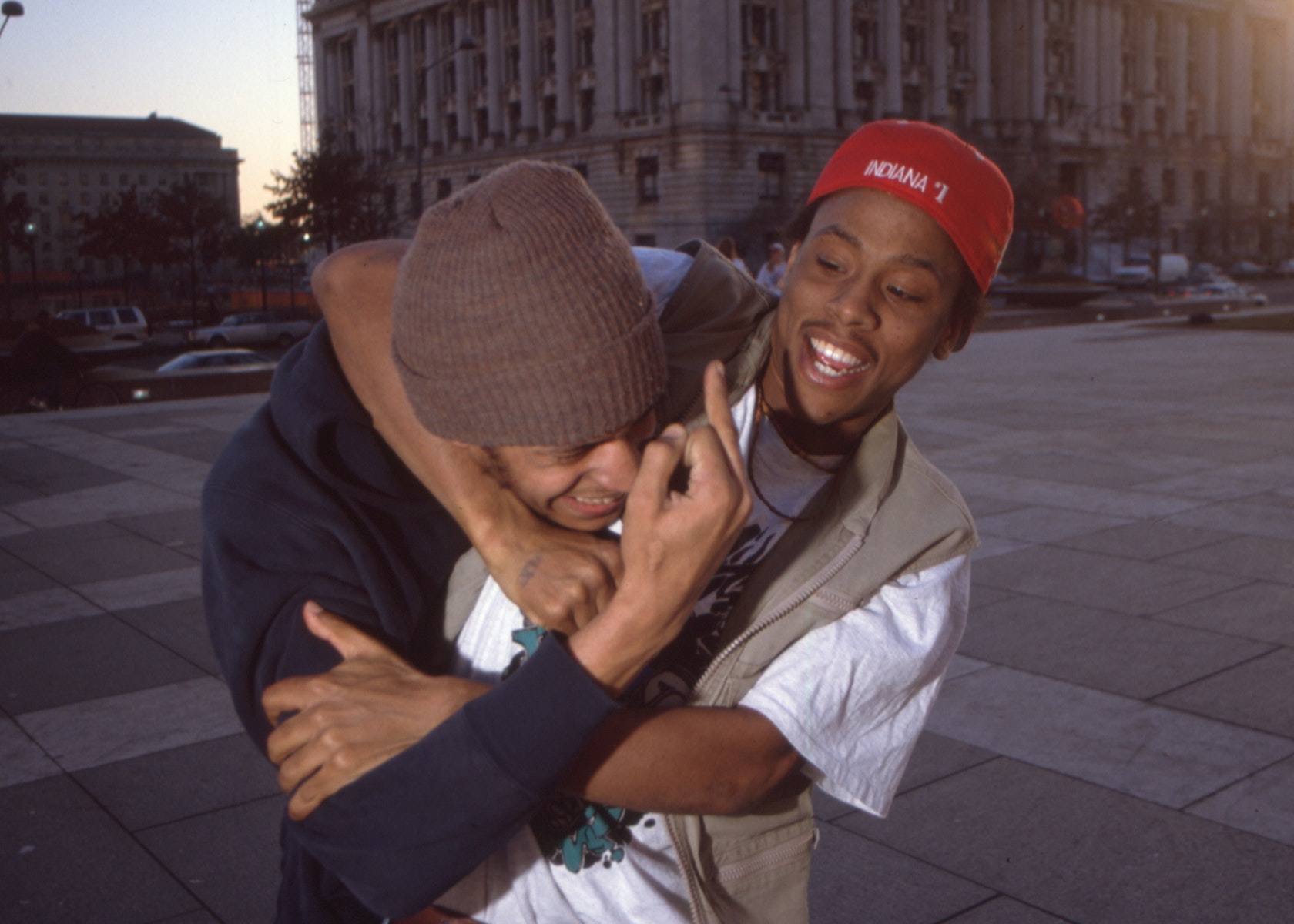 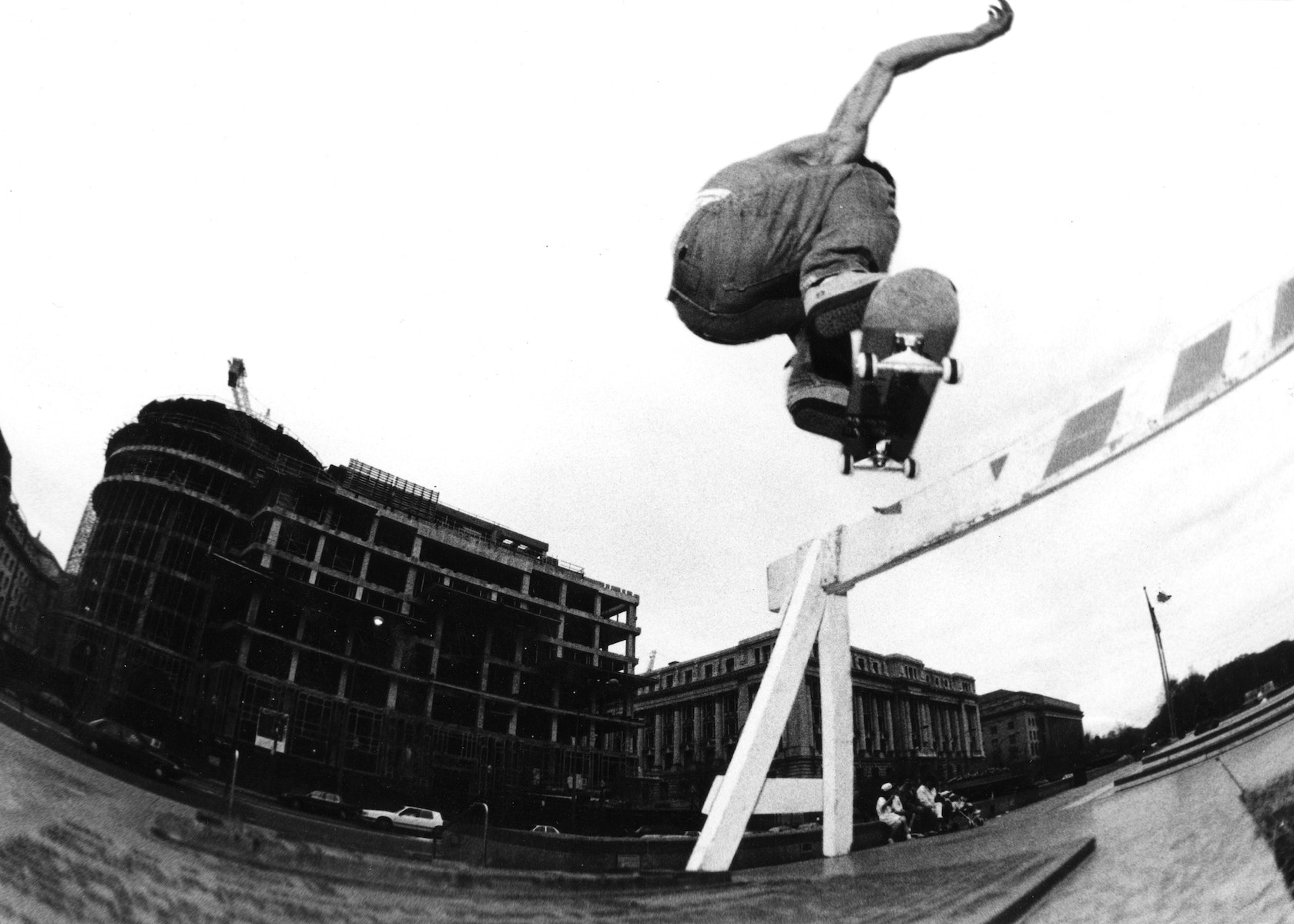 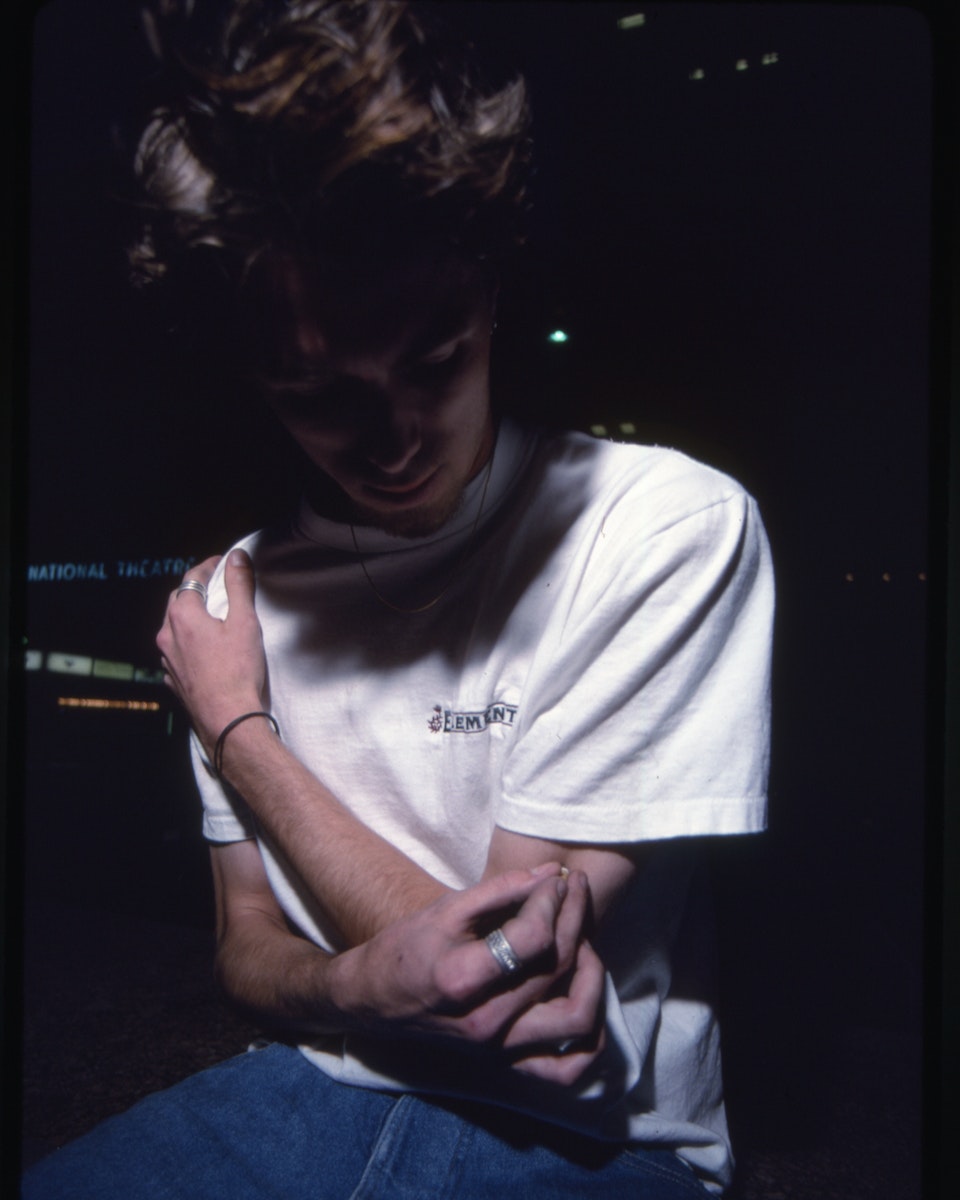 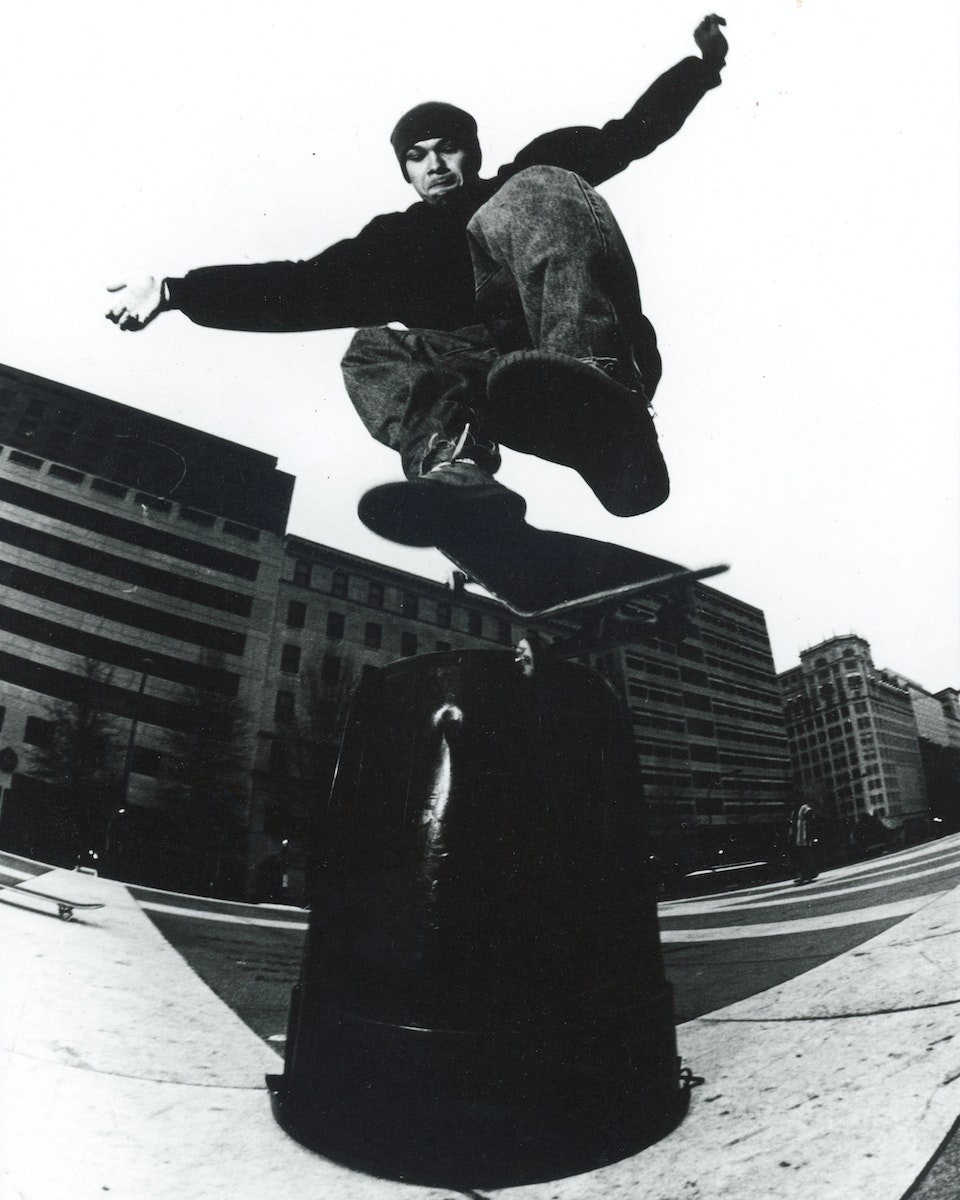 Yeah, these jeans are purple because they’re dope! [laughs]
Ice‑T had this song called Colors at the time and it was referencing all the colours that gang members wore. So my friends were just skating and had Blind jeans, you know, shit like that, or New Deal jeans, and they were really big. They were getting searched because of the jeans, so they were doing pat downs. And then paddy wagons were rolling around and they couldn’t find shit in there and I’m sitting taking photos. It was 1992 and people thought we were gangsters because of our pants. It was just a change in fashion, that’s all it was.

That’s mad. Where were you guys shopping for clothes back then?
In DC there was a place people would go called Smash. It was a record shop but they’d sell tees. People would go to Commander Salamander and get clothes too. It was like rave wear. But most of the suburban skaters would go shopping for clothes at the malls. For skate clothes they’d go to Fairfax Surf Shop in Virginia or Intensity Skates in Maryland.

What about the shoes?
People had skate shoes and their chill shoes. So they pull up in their car and when they’re done skating they go back to their car, switch their jeans out and put on their ​“chill shoes” and they’re like: ​“I’m not gonna skate in my chill shoes.” [laughs] 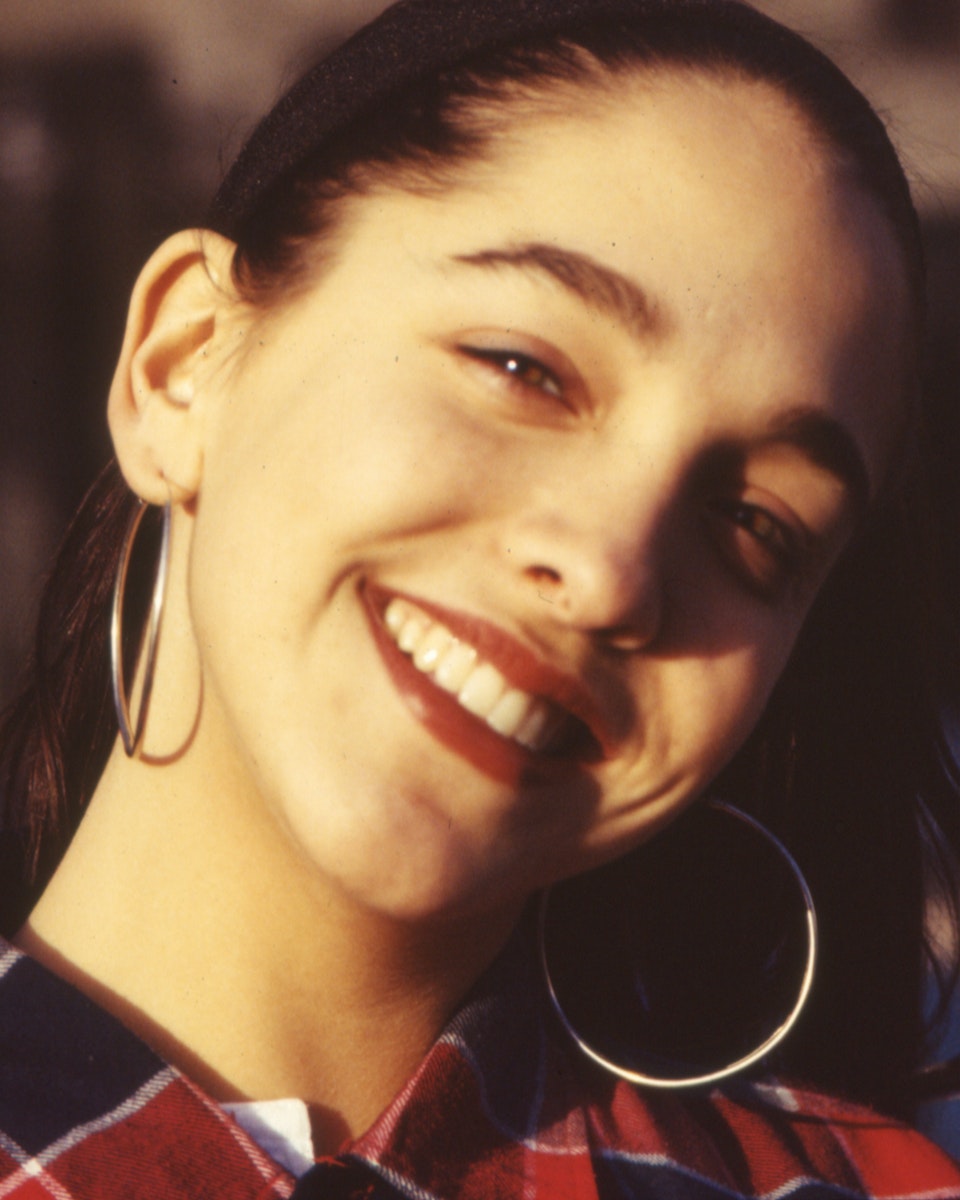 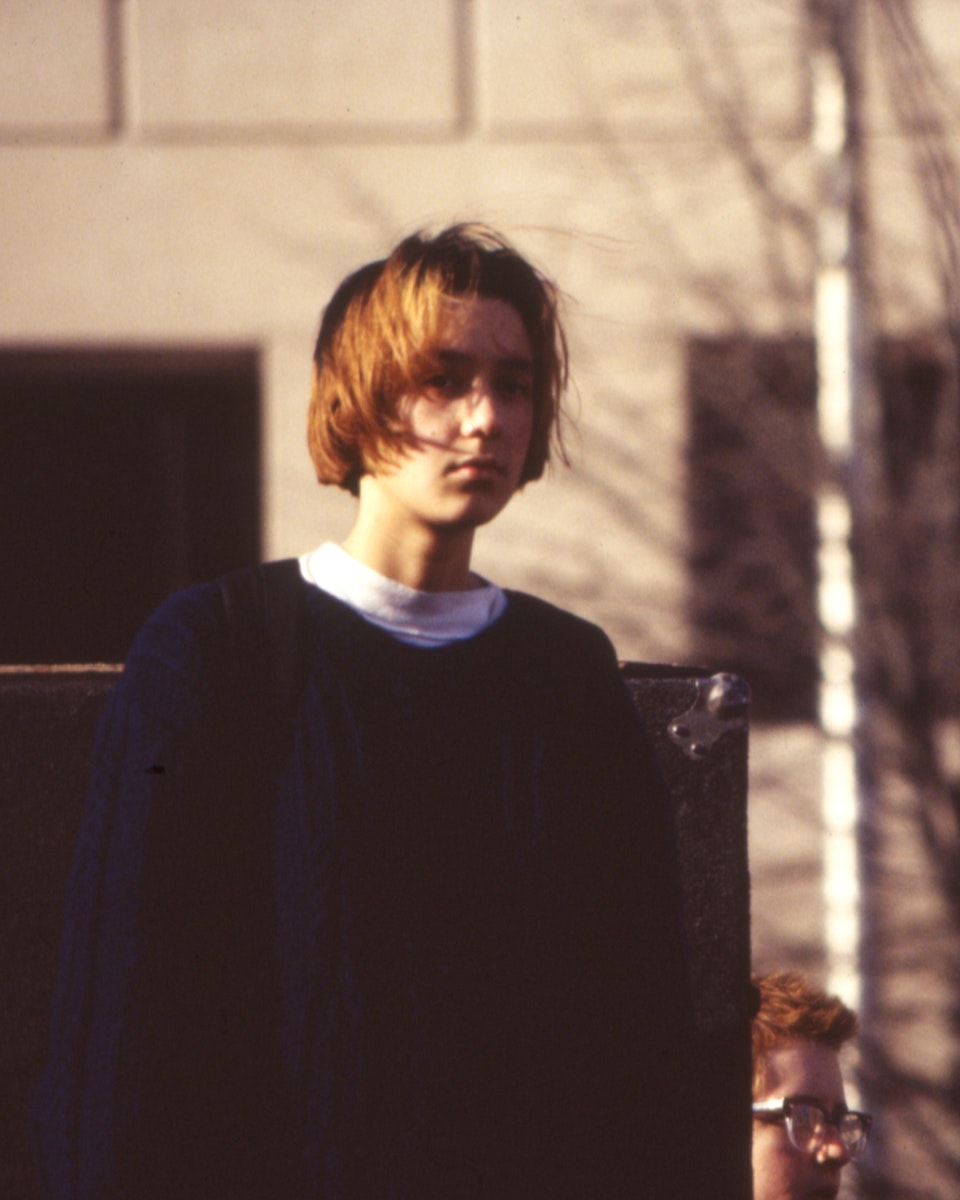 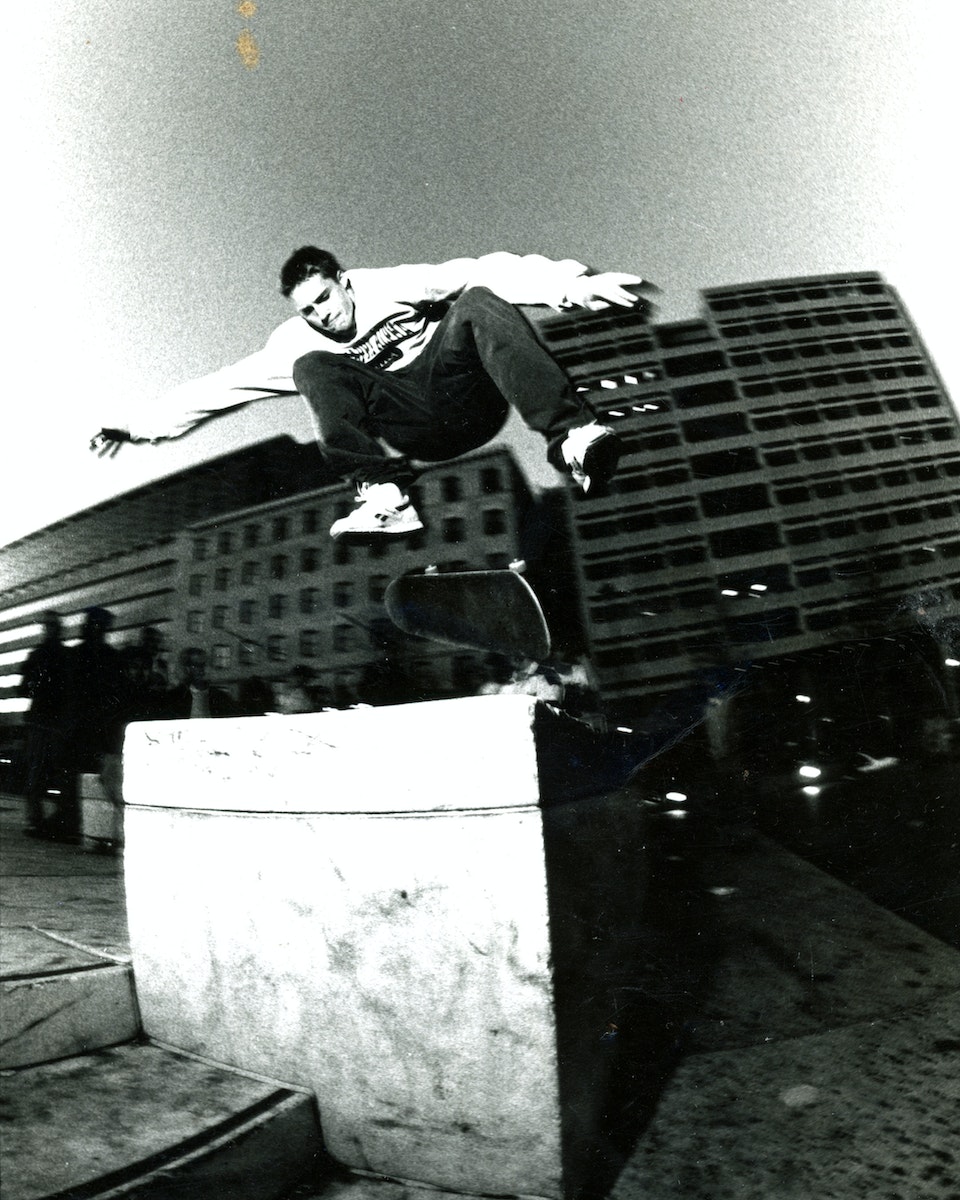 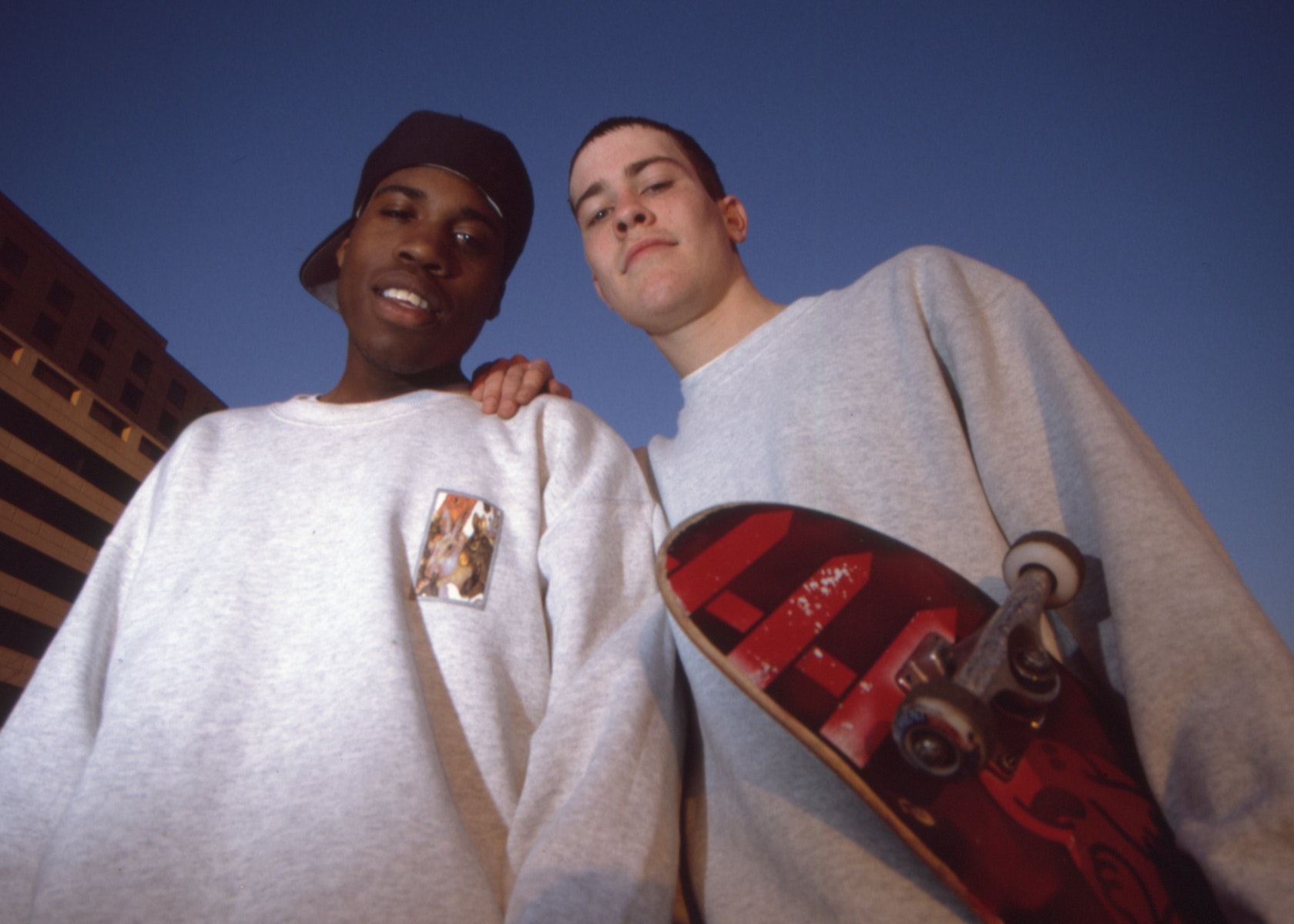 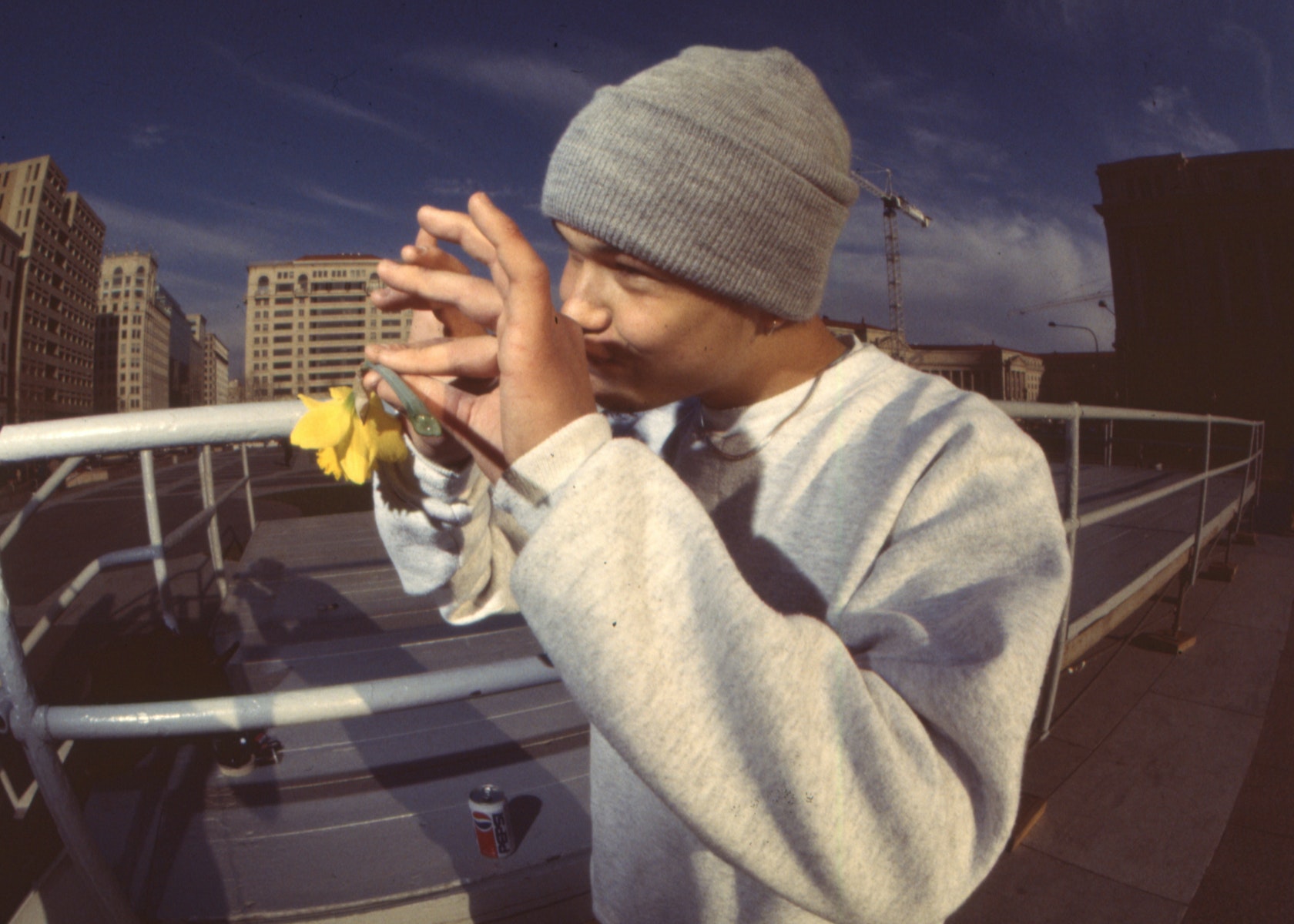 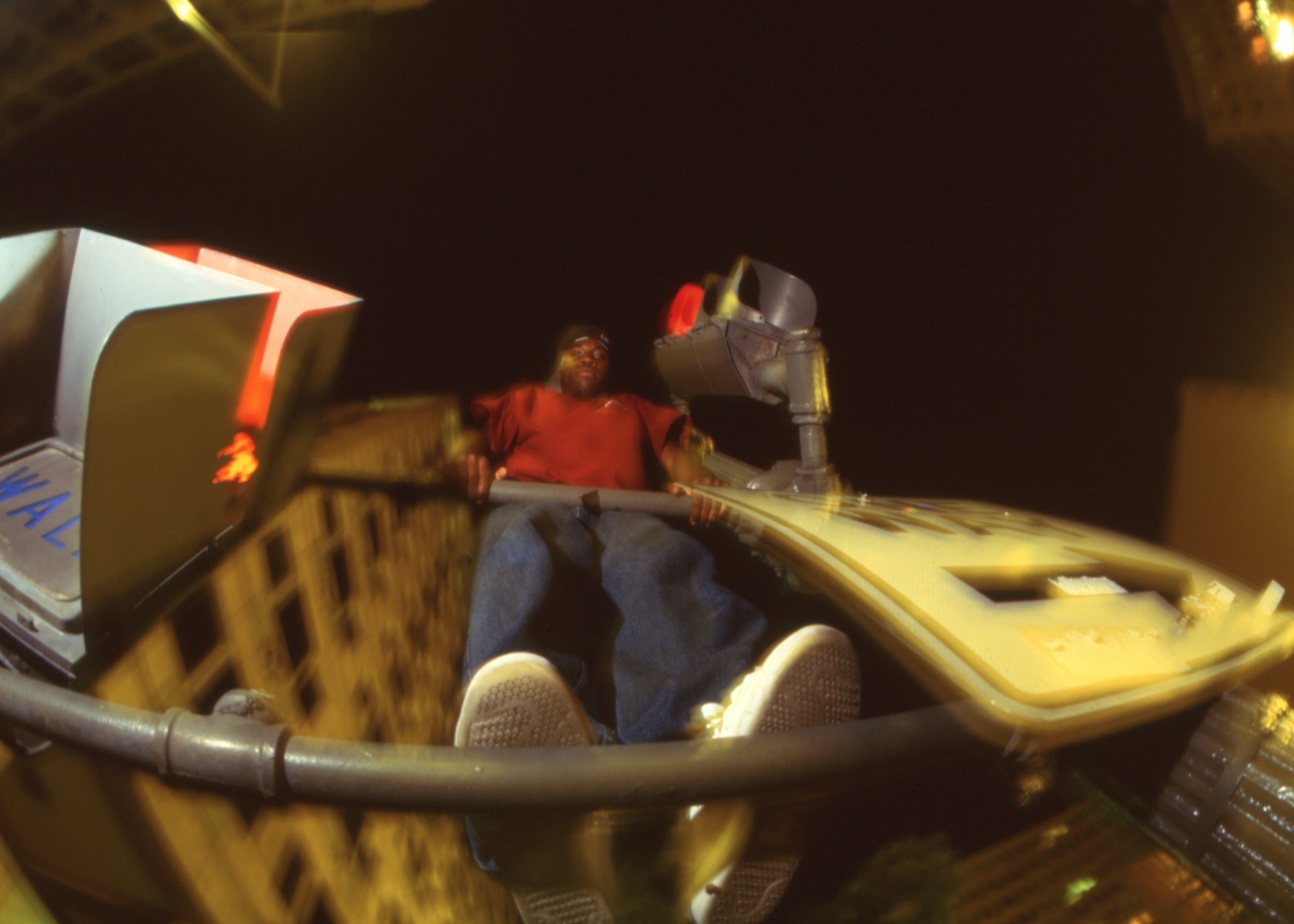 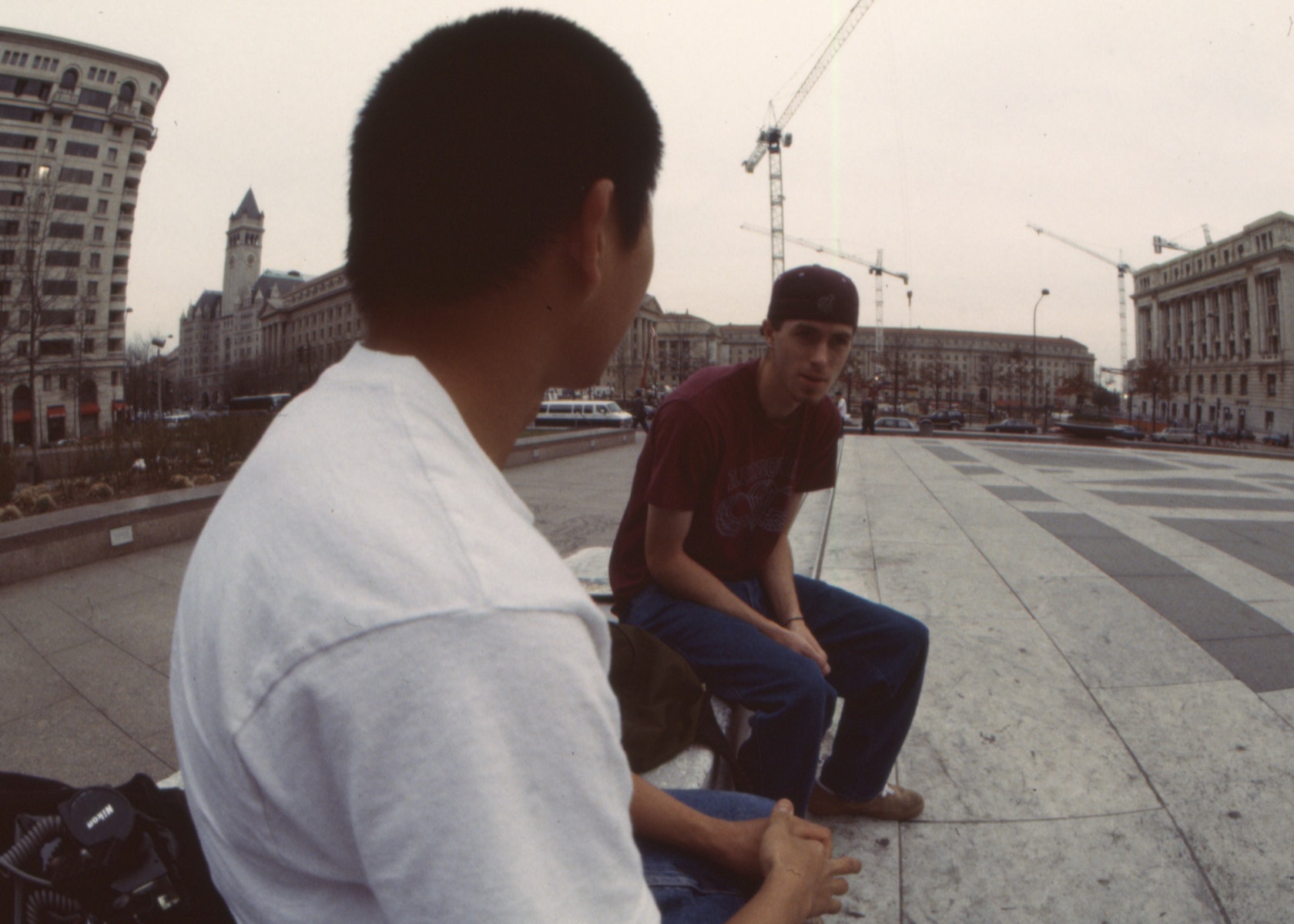 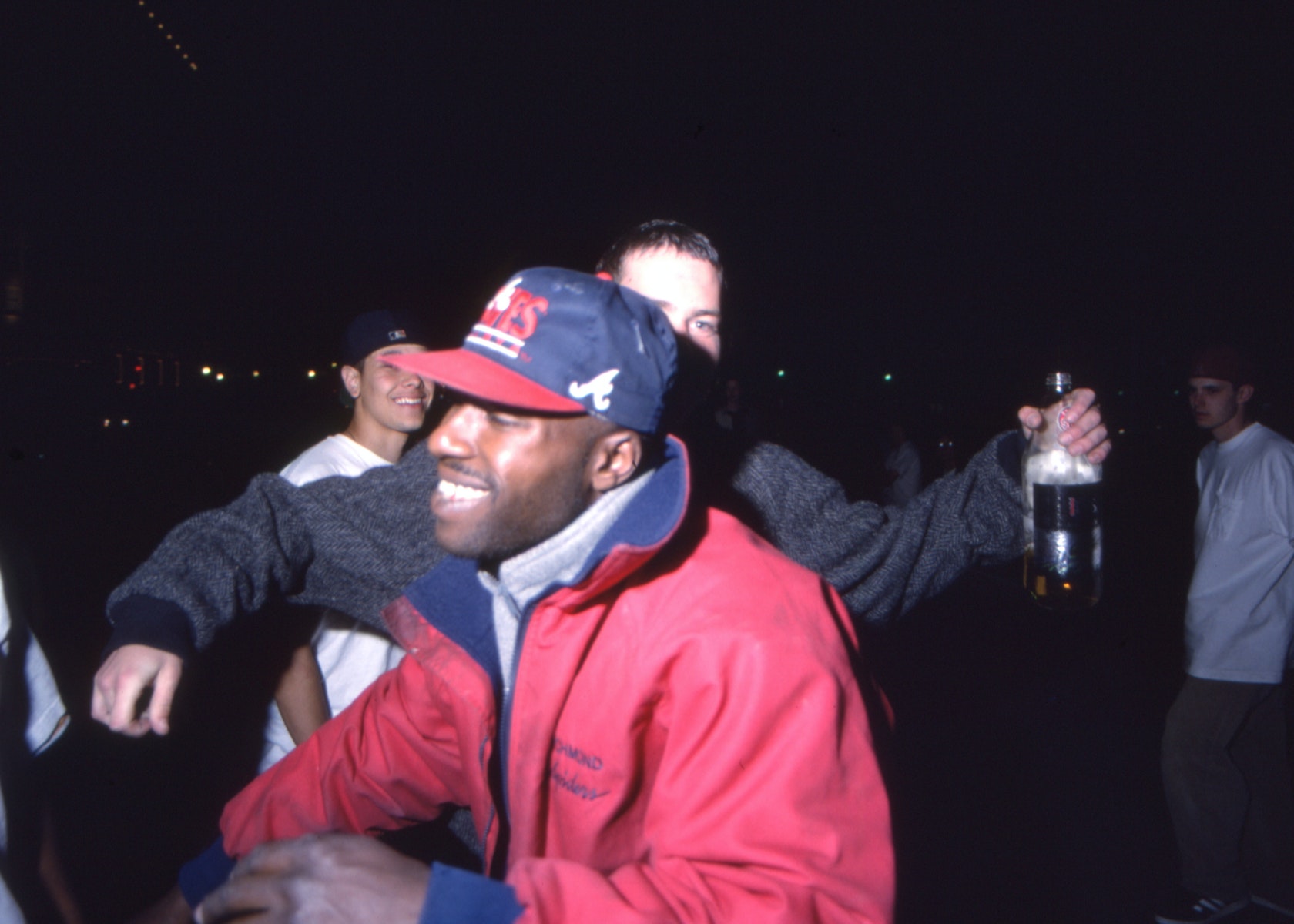 What were some of your favourite things about being at Pulaski?
How it was different every time I went there. Sometimes there would be all these tents set up for some festival, there would be protests, etc. The terrain was always different and it was just a place where people went and skated and hung out. A lot of different things went on there, not just skating.

It wasn’t a skate park, but a proper public plaza.
Sometimes people were just passing through but sometimes they would hang out there every single day. Some of the guys that hung out in the park, by the ledge, they would do choir singing. Well, it’s not choir, more like doo-wop singing, all in unison. It was nice. We’d also always see the mayor, Marion Barry, walking through, I think his office was nearby. This is [1990], before his crack-smoking incident, haha! Pulaski has always been a place where some people hang out and some people skate, so you’d see familiar faces… It was a community.