Pleasure is being hailed as the first film to depict the real, accurate mechanisms of the porn industry. In it, 19-year-old Linnéa arrives in LA from small-town Sweden to break into the trade, armed with a steely determination to be successful – something she quickly realises involves changing her name, partaking in hardcore scenes and, more specifically, performing double-anal. In many ways, it’s less about sex and more about the admin of it all: the film’s first, decidedly un-glam scenes see Bella brushing her teeth, getting her ID card checked, and taking Instagram selfies between scenes (because performers have to think about their social engagement, too).

Writing up a character description of who she was looking for, Thyberg sent it out to various contacts – one being a nightclub manager who knew Kappel. ​“While I was partying [there], he was like, I think you have what my friend is looking for. Would you like to audition?” At the time, Kappel was undergoing therapy, being treated for body dysmorphic disorder. ​“I was constantly putting myself in situations that felt uncomfortable,” she says. ​“My initial thought was ​‘absolutely not’, so I said yes. But I had a great experience at the audition and really enjoyed it. [Thyberg] asked me for a callback during it, which at that point I didn’t know was not normal.”

“It’s gonna sound weird, but that was the best day on set for me,” Kappel says. ​“It was super-rehearsed and we had tried variations of how they could hit me, choke me and pull my hair. They made it look brutal without hurting me, you know. When my mom saw the movie, she thought I was gonna die when my head was turning blue!”

“The hard part was the mental, psychological part,” she continues. ​“I got to feel those emotions in a very safe environment and I don’t think a lot of people get to do that. It was actually very therapeutic and cathartic to do that scene, it helped me let go of a lot of past things.

Pleasure started filming back in 2018, when intimacy coordinators weren’t an industry standard as they are today (HBO adopted the policy of using them late that year, following post-Weinstein and #MeToo calls for safeguarding). As such, Pleasure didn’t have anyone whose job it was to facilitate the very graphic sex scenes.

“That responsibility fell on Ninja’s shoulders,” Kappel says. ​“Which, now, in hindsight, is crazy that she had to do that, because it’s a full-time job. But I can’t imagine that we could have done it in a better way than we did. There was never a time where I felt like I had to do something I was uncomfortable doing.”

One of the film’s first scenes, for example, sees Kappel shaving her vagina in the shower, with the razor grazing the delicate skin so coarsely that it sends a shudder down the viewer’s spine. ​“It’s not mine, it’s Ninja’s,” Kappel says. ​“I refused to show my vagina in the film.” The first day on set, where Kappel had to take her clothes off, Thyberg asked if Kappel wanted her to be naked too, in solidarity. Kappel refused, ​“but even just by her asking me, I felt okay.”

Although Kappel stresses that ​“99 per cent of the industry is nice,” she mentions a bad experience with a male performer, off-set – like Joy (Reustle) has in the film. “[He] was horrendous. He’s not liked within the industry, so I’m not going to name him,” she says. ​“Sweden is a very progressive country and I’ve never had trouble standing up for myself or telling people to go away, which I did [in this situation].” 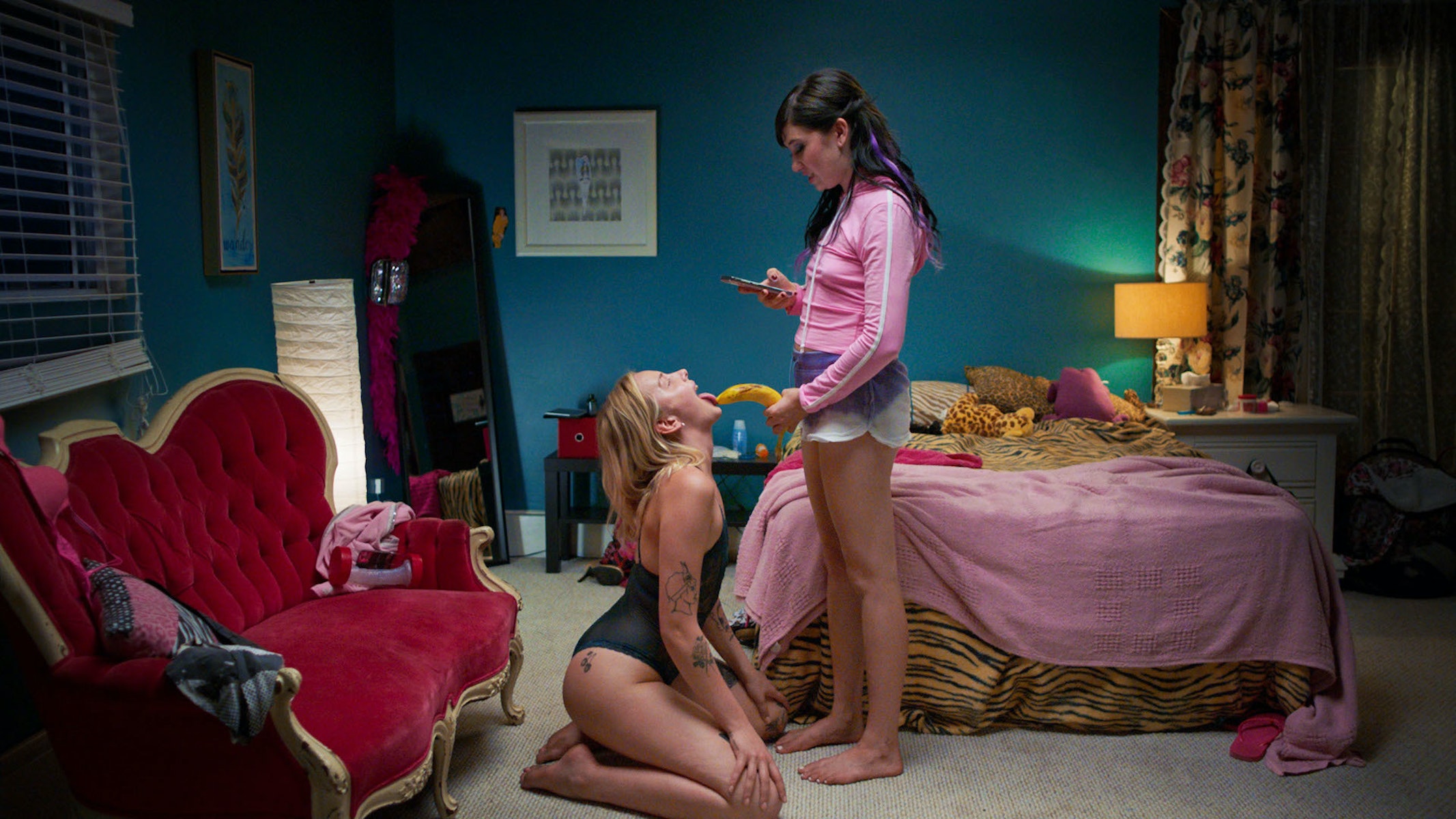 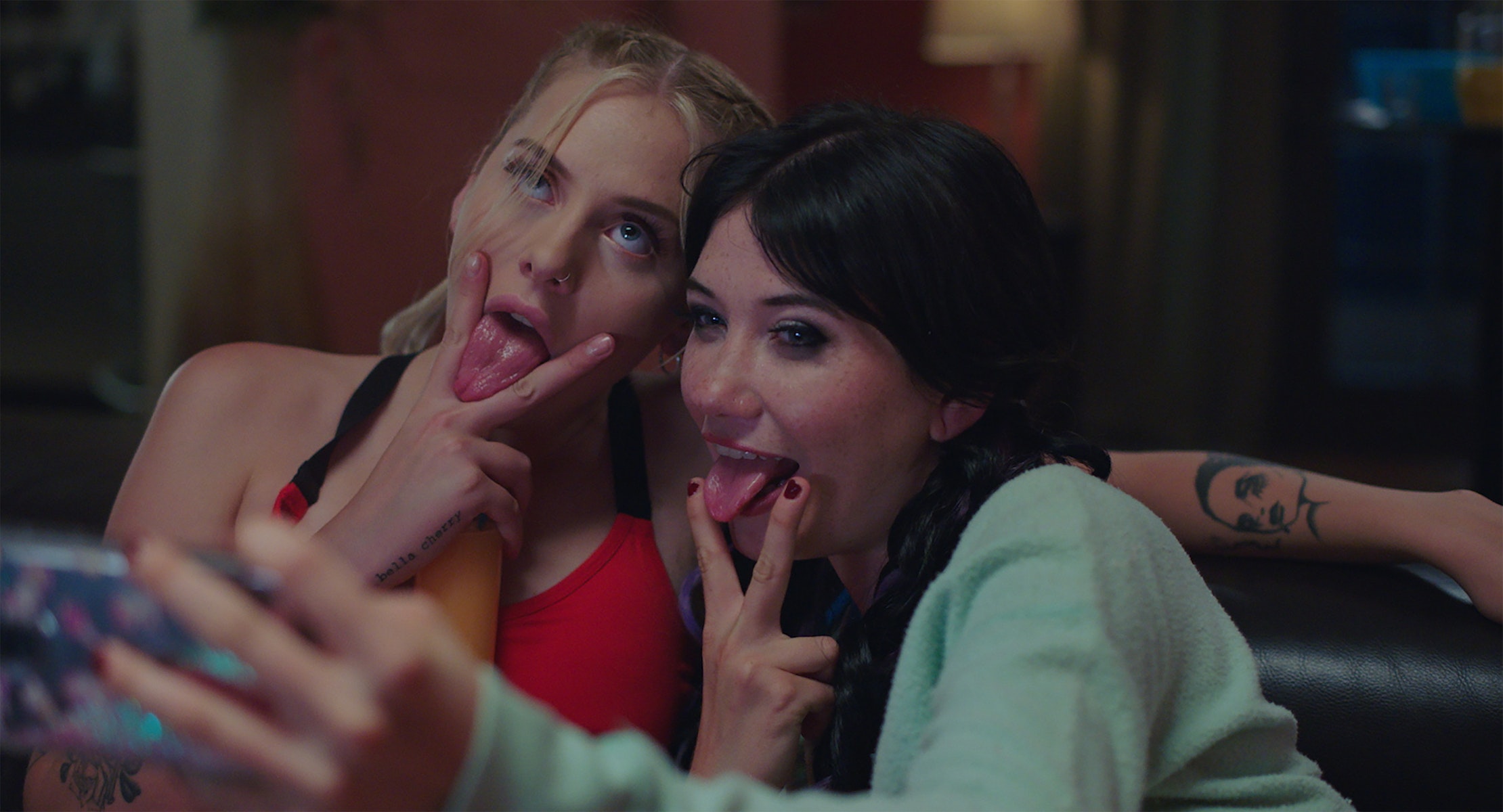 “It’s easier for us to understand something that’s black and white,” she adds. ​“So I think we’re trying to turn a very complex issue into a very simple thing, which it’s not, it’s nuanced.

Pleasure is in cinemas on 15th June for one night only and on MUBI from 17th June.