You might remember the newspaper headlines about the Mardini sisters’ story. Professional swimmer Yusra escaped war-ravaged Syria with her sibling Sara and went on to become an Olympic athlete. As part of a desperate journey, the 17 and 20-year-olds became stranded in the middle of the Aegean sea on a sinking dinghy, before courageously pulling the boat to shore and saving the lives of their fellow passengers. But The Swimmers makes this tale, based on Yusra’s 2018 autobiography Butterfly, at once upsetting, accessible and uplifting.

“We’ve all seen the underdog, refugee to Olympian [story],” screenwriter and director Sally El-Hosaini says, Zooming in from her home in London, fogged-up glasses from just stepping out of the shower. ​“I thought it was going to be really reactive, really traumatic, really depressing. But when I read the story and googled Yusra and Sara – it sounds cliché but – I saw myself in them when I was younger. I had never seen young, modern, liberal Arab women on screen before, and I just had this sense that: ​‘God, this is the movie I wish I’d seen when I was 16.’”

The Welsh-Egyptian filmmaker grew up in Cairo in the ​’90s, ​“listening to The Pixies, Ramones and Smiths and wearing Dr. Martens and a black leather jacket,” she says. ​“Living a life that’s actually not that different to the West. It was that version of young Arab women that I wanted to capture, that you don’t really see on screen.”

The Middle East is often portrayed in a ​“beige palette”, she continues. ​“Having lived in various cities, it’s way more colourful. I wanted to show the reality of living there”.

Accordingly, the film opens on a pool scene in a sun-drenched, suburban spot, while the Arab Spring rumbles in the background. ​“The way that the crisis came to Damascus was very different to how it was maybe in Aleppo or Homs,” she says. ​“Life was carrying on. Even though there were mortar attacks happening in certain parts of the city, children were still going to school, people going to work. People were trying to have a normal life for many years.”

El-Hosaini’s intention was to show the real coexistence with war experienced by many Syrians. Big pop powerhouse track Titanium by David Guetta and Sia acts as a motif sprinkled throughout the film, chosen after Yusra Mardini shared a playlist of what she’d been listening to in Damascus. Elsewhere on the soundtrack, Arabic pop and forward-thinking club sounds are used to illustrate the ordinary life the sisters enjoy, pre-migration. There’s a scene in which the women are dancing on the rooftop of a flashy open-air club where their cousin is DJing, while bombs drop in the sky behind them. ​“Yusra said to me: ​‘Thank you, thank you for that scene. That’s exactly how it felt for us,’” says El-Hosaini.

Rejecting the Hollywood tendency to cast big-name actors, El-Hosaini embarked on a search for the right actresses to play the two leads. Finding Syrians proved tough due to many young women having left the country. El-Hosaini expanded her search to the Levant and surrounding countries, coming across Lebanese actress Manal Issa, who’d previously starred in some independent films. One small issue: Manal had a water phobia. El-Hosaini convinced her to audition (water immersion sessions came later), and found out that she had a sister, Nathalie. ​“When I screen-tested the two of them together, the chemistry was there.”

The sisterhood is an important part of the story. ​“The clever thing that [co-writer] Jack [Thorne] had done, he had taken it to be about both sisters – because I didn’t know Sara existed. And when I read about her, I thought that’s so amazing. Because it’s not just about the obvious hero, it’s also about the unsung hero. One sister couldn’t have got where she got without the other – you know, Sara’s the one that jumps in the water first.” 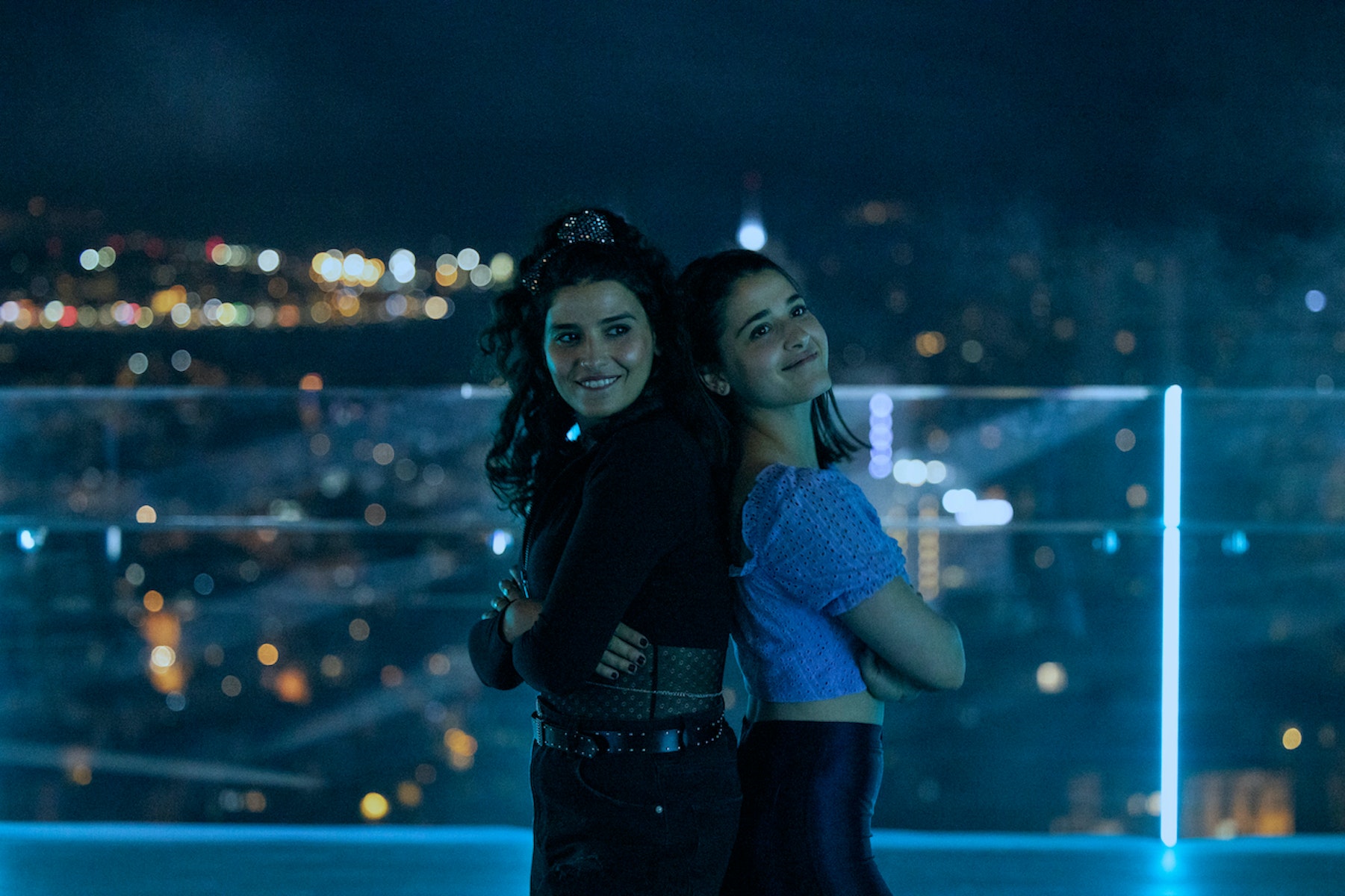 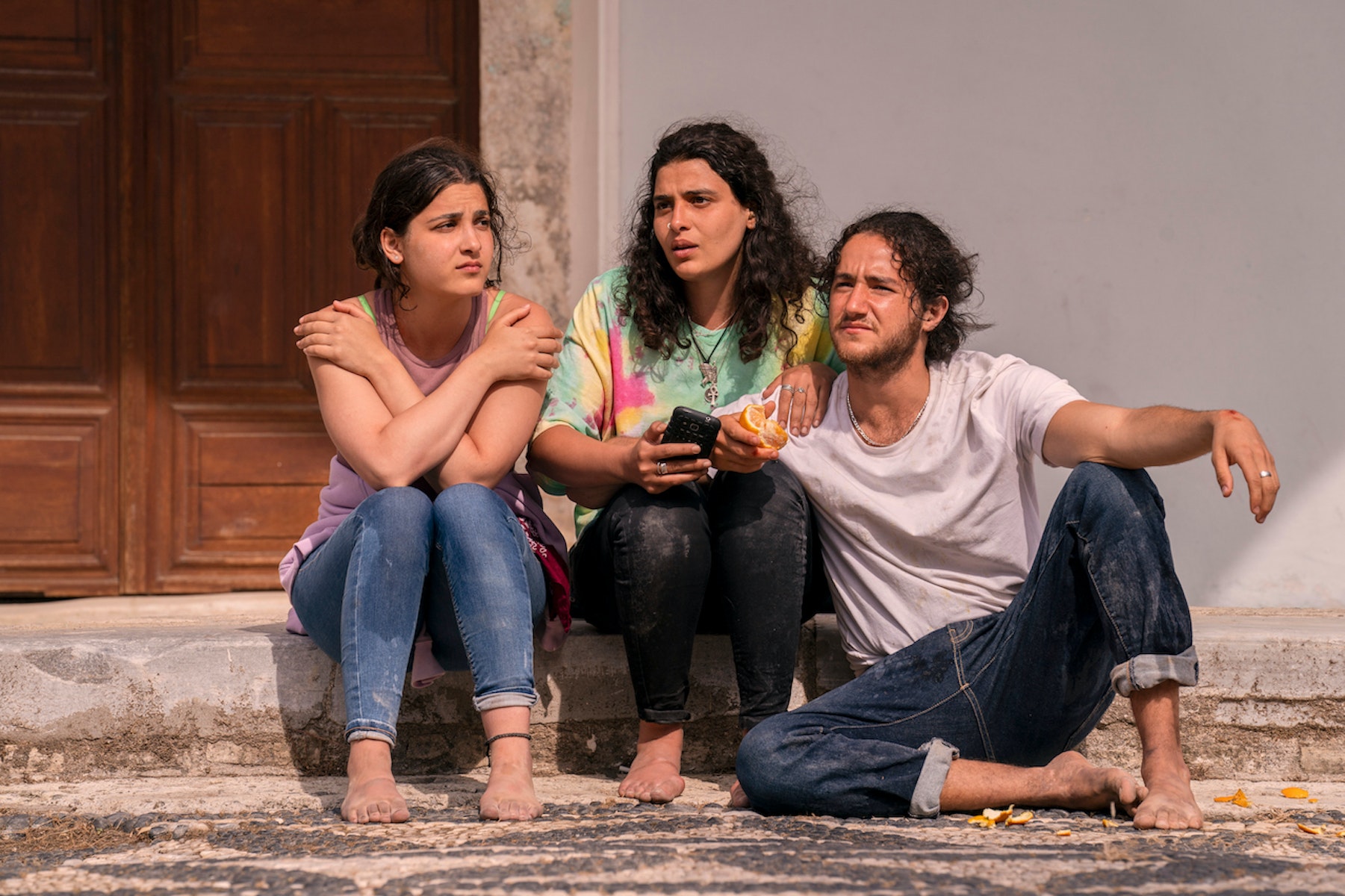 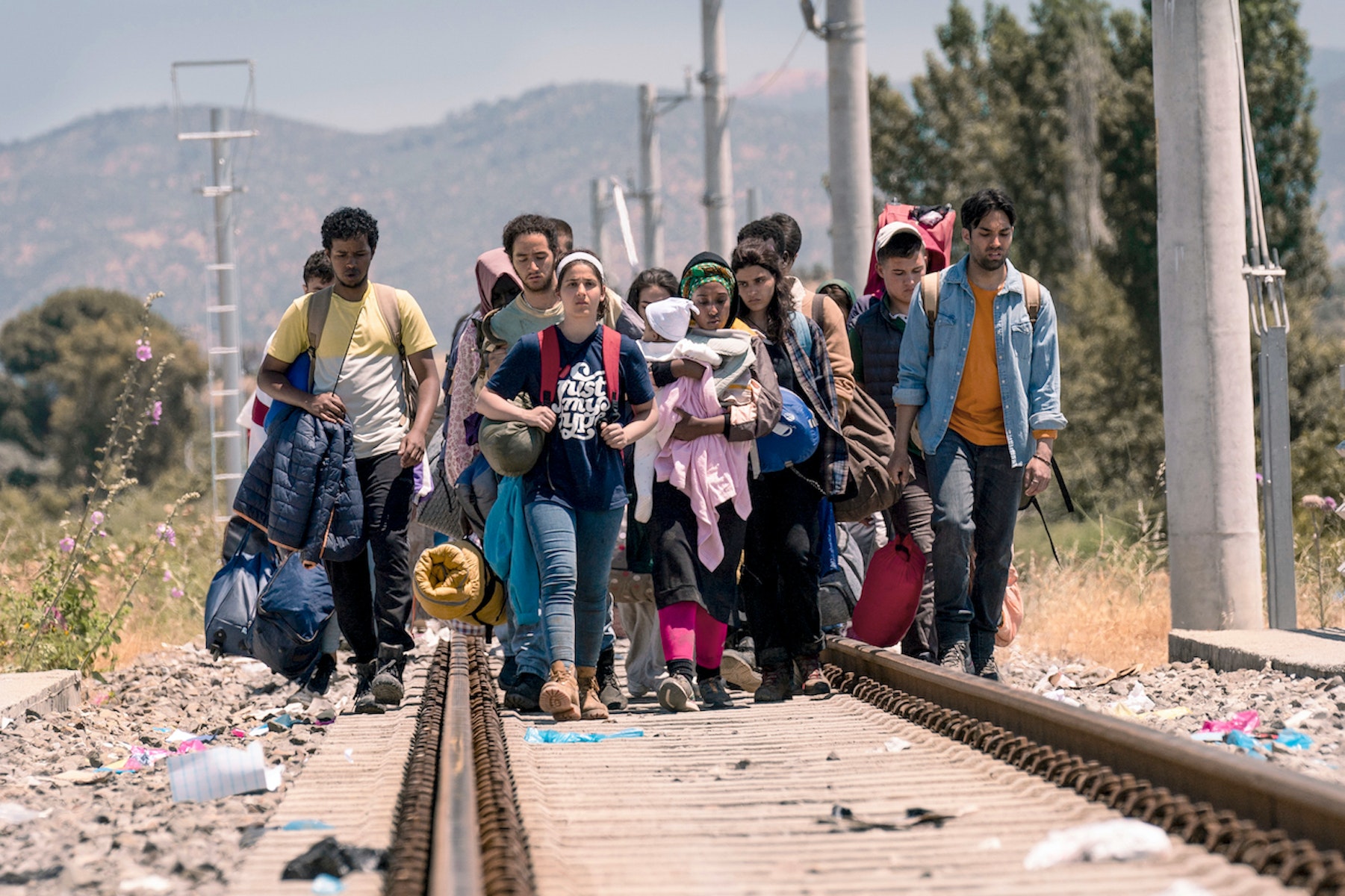 The film also casts refugees in various roles – some of the actors in the Aegean sea crossing scene as well as Mo, the smuggler. ​“He did that same crossing, but in a wooden boat,” says El-Hosaini. ​“Hassan Akkad, our associate producer, took the same journey in a dinghy, he had all his mobile phone footage that he recorded of the journey and we used that as a resource. Ayman al Hussein, who acted but also worked on the production behind the scenes, he was in the Jungle in Calais. He came to the UK, into Victoria coach station, smuggled in a suitcase.”

The casting of refugees and hiring them as part of the crew ​“set a certain vibe on set,” El-Hosaini continues. ​“Obviously there was a duty of care – we made sure there were counsellors on hand for people. But everybody who participated really wanted the reality [of their experiences] to be shown, that it’s sometimes not the way you see it in the news. That was my aspiration. I wanted to go beyond the headlines and allow the audience to participate in the journey with the sisters, rather than looking at them from the outside.”

That journey is a tough and harrowing watch. The rocky, sea-submerged camera angles capture the desperation of their situation when they come into life-threatening difficulties in the water. A scene, from when they arrive in Serbia, of thousands of orange and yellow life jackets strewn over the beach, stays with you long after the film has finished. But that’s only part of the sisters’ story, which takes the viewer from Damascus to Berlin via Istanbul, Lesbos and Budapest. It was an emotional experience, El-Hosaini says, describing how she cried with every member of the cast and crew.

“I used to joke that I had to go to every meeting with a box of tissues. And then I cried all through the edits. And I still cried at the movie!”

It was never El-Hosaini’s intention to make a political film with a capital ​“P”, she says. I ask about her thoughts on the recent news that home secretary Suella Braverman wants to ban migrants who enter the UK via channel crossings from seeking asylum (the United Nations high commissioner for refugees has said that any such law ​“would almost certainly breach the refugee convention”). Braverman also said it was her ​“dream” and ​“obsession” to see a flight take refugees to Rwanda.

“I obviously have my own personal views, but I didn’t try to impose them on the film,” El-Hosaini responds. ​“I tried to genuinely reflect Yusra and Sara’s journey. And, yeah, I think it’s ridiculous, but that’s just my view. This film is forever, and I hope that the themes in it are what people remember, and allow people to look at all different aspects of the situation.”

Before the credits roll, we’re told that Sara – who was so moved by her own experience that she returned to Greece to help refugees – is among 24 humanitarian aid workers currently facing criminal charges for assisting people on the island of Lesbos. She spent 107 days in an Athens jail in 2018, and could receive up to 25 years in prison. A campaign, Free Humanitarians, has been set up to assist them and raise awareness of the trend towards criminalisation of humanitarian work in Europe. Speaking to The Guardian after her arrest about the news that volunteers had reportedly been leaving Lesbos, she said: ​“They will feel discouraged, but they should know that when they make someone happy, when they make someone smile, it really does mean the world to a person who has lost everything.”