Growing up, Wayne Koestenbaum wanted to be a classical pianist. He wanted to be a piano star, à la Franz Liszt in Ken Russell’s Lisztomania. He says he used to think a pianist appearing alone on stage was the most heroic and statuesque thing a body could do. (He no longer thinks this.)

Instead, realising his talents lay elsewhere, Koestenbaum decided to become just about everything else: a poet, novelist, essayist, critic, teacher, painter and occasional ivory tinker. He’s the author of 19 books, including studies of opera divas and their gay male fans (The Queen’s Throat, 1993); Jackie O (Jackie Under My Skin, 1995); Andy Warhol (Andy Warhol, 2001); and Harpo Marx (The Anatomy of Harpo Marx, 2012), as well as several collections of poetry – most recently Camp Marmalade (2018). He’s also been making art for the past 15 years and has exhibited his hyper-colourful canvases around the country, to much acclaim.

Koestenbaum is easily, to me, one of the most interesting people ever. In New York, where he lives, he has a cultish following, especially among queer people. (“Wayne is constantly saying the smartest thing I’ve ever heard in my life,” the painter Sam McKinniss once said.) But his dreams of piano stardom never quite left him. Sometime in the early 2000s, he started work on what was to be a nonfiction account of his failed attempt at becoming a musician. He wrote in notebooks late at night, and soon the voice of someone else emerged: a failed pianist named Theo Mangrove. These notebooks turned into his first novel, which was published in 2004 as Moira Orfei in Aigues-Mortes.

It’s hard enough selling literary fiction as is, much less if the book has a difficult-to-pronounce title, Koestenbaum learned. ​“I would go to readings and no one could pronounce the title. That’s when I realised I’d made a mistake,” he says.

Formatted as a series of notebooks, it’s about a washed-up piano prodigy (Theo) who lives in a house with his wife, sister, and mother, plots an alleged comeback performance in the French town of Aigues-Mortes, and has frequent sex with basically whomever: his family members, his piano students, strangers. (He gets about 20 erections a day.) Theo is obsessed with the real-life Italian circus star Moira Orfei, and the pair begins corresponding. She is to appear alongside him at his recital. Throughout the story, it’s hard to parse what’s real and what’s Theo’s fevered imagination.

The gem of a book might have languished – not unlike the narrator in his tiny upstate New York town – had Soft Skull Press decided not to reissue it, this time with a new title: Circus. Koestenbaum says he feels reborn at the prospect of his novel returning to the world.

On occasion of the book’s release later this month, we spoke recently about writing, reading, notebook-keeping, phobic projections, hypnagogic states, and hypersexuality. Koestenbaum is so smart and generous with his gifts of language that simply listening to him feels like attending a very special, invite-only performance. 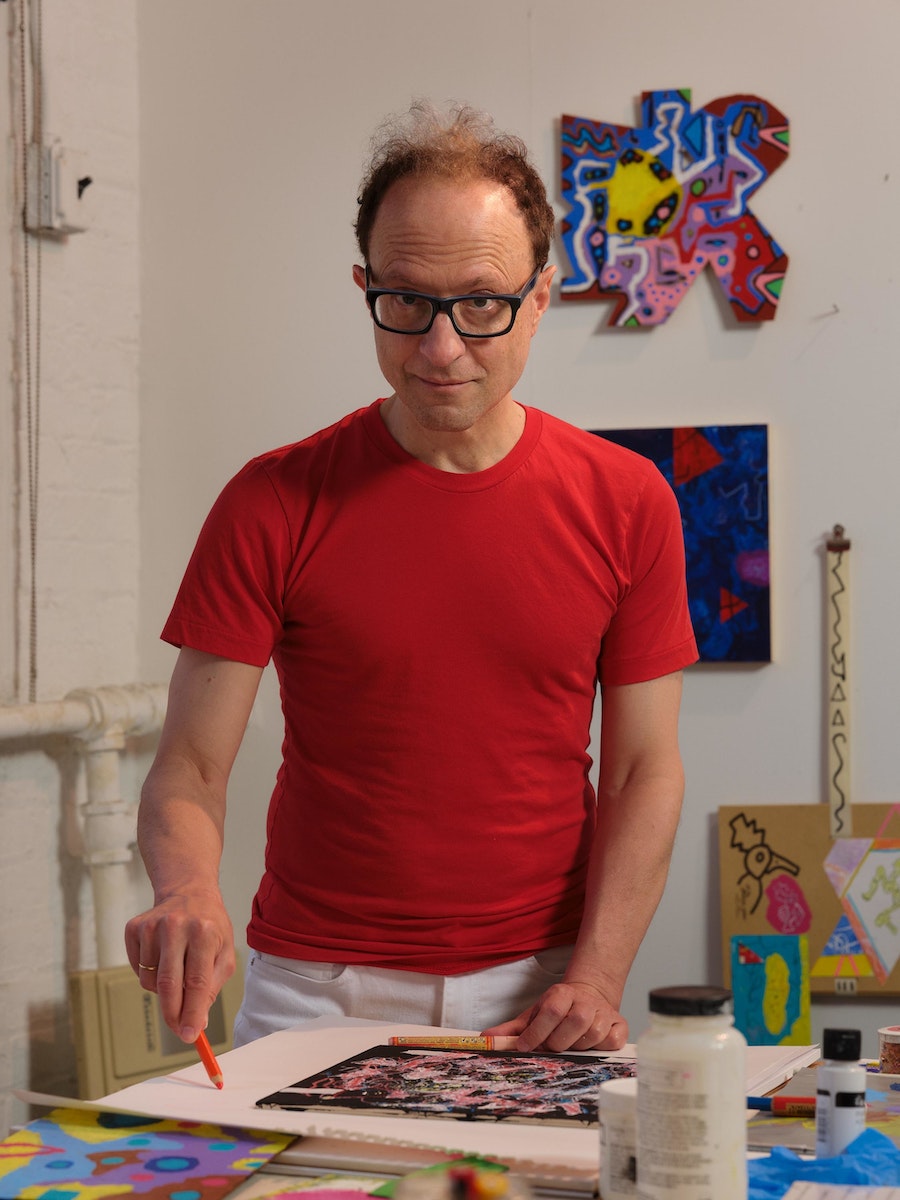 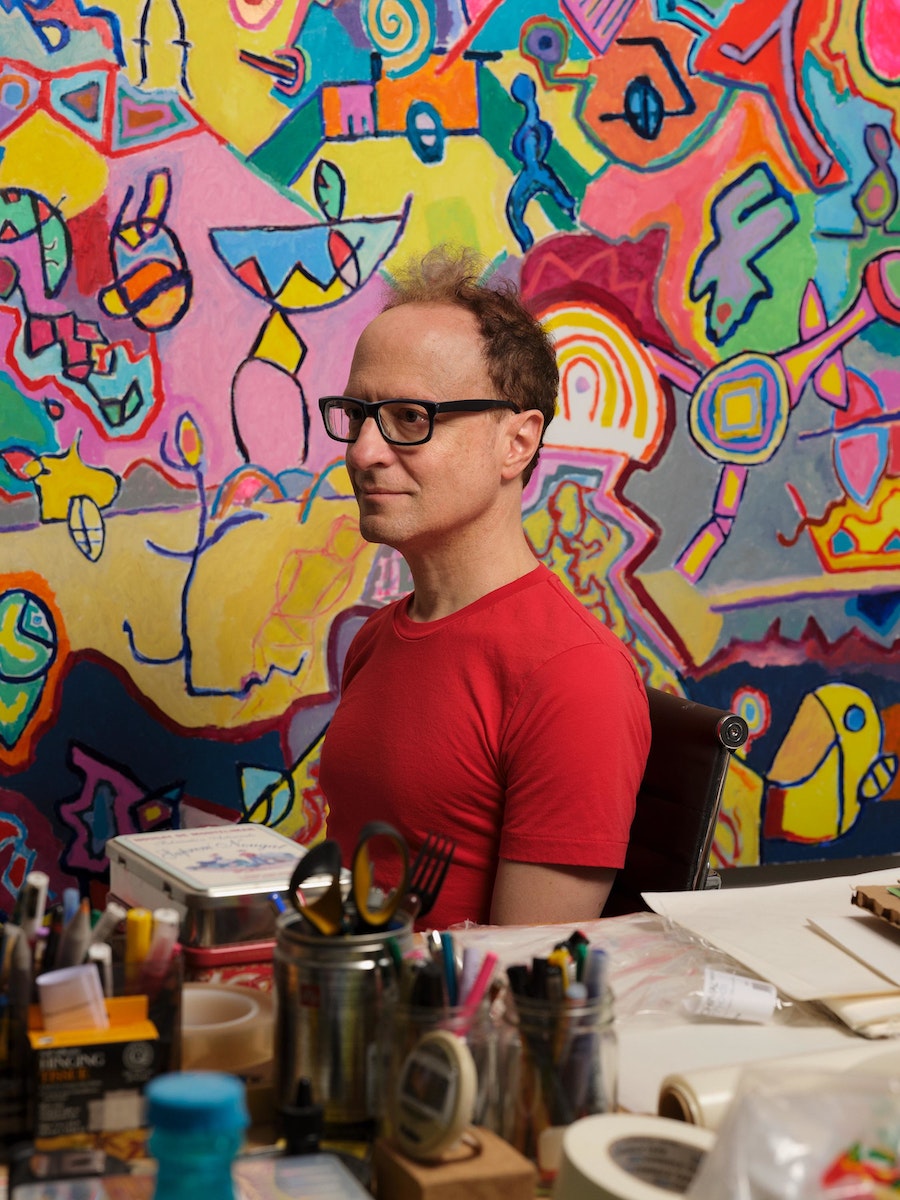 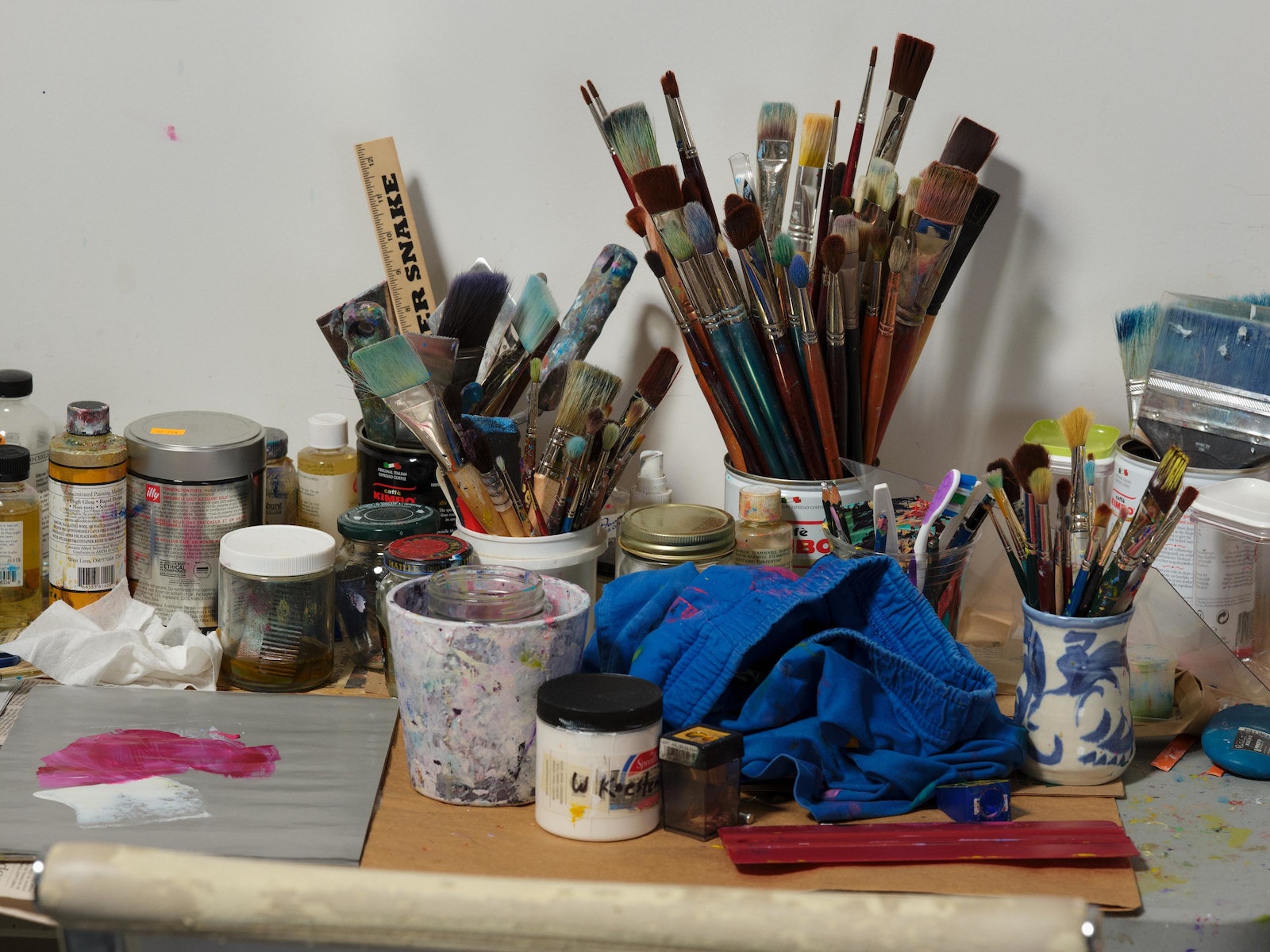 How long had Moira Orfei been on your radar?

She had been on my radar as an image, because the first time I went to Italy in 1985, I saw pictures of her on circus posters in every town I visited. She looked a lot like the singer Anna Moffo, who was my favorite opera star, and whom I’d written much about in The Queen’s Throat and elsewhere. So I had a crush on her and I stole one of those posters and brought it back home with me to New York, and put it on my office wall. When Moira began to appear in the novel, I didn’t really know anything about her, she was just this poster. I never really did find out very much about her. I let her remain a figment.

What kind of headspace were you in 15 years ago, when you first started writing this?

In about 2001, I decided I wanted to write a nonfiction book about my life as an amateur, failed pianist. I was writing in notebooks, and they started to get a little fictional. I started speaking in the voice of this character, and it went through these various mutations, and then the notion of writing a nonfiction book about piano vanished. The drafting of it came really easily; I liked inhabiting Theo’s voice, his peculiar combination of grandiosity, amorality, pathos, hypersexuality. It was fun to let all of my musical knowledge and all the craziness of the classical piano repertoire come out.

There is a masochism that is intrinsic to classical musical performance, and there are a lot of weird internal psychological positions inhabited and occupied by the classical musician that don’t often get airplay or visualisation. Except maybe in opera; opera can bring into palpable life some of the sexy craziness. When I play the piano, and when I listen to it, I feel all of the stuff that Theo is putting into sexual and melodramatic terms. For me, it is a bloody and visceral sport. But I don’t know if everyone experiences it that way. There is a lot of sex in the book. I like literature that treats sex as an abstract, almost conceptual performance piece. Everything from Marquis de Sade to the novels of Jean Genet or Dennis Cooper; it’s a gay tradition, there’s a pervert tradition of erotic literature that pushes eroticism towards the implausible. I don’t write sex scenes, I write about them as performance feats. 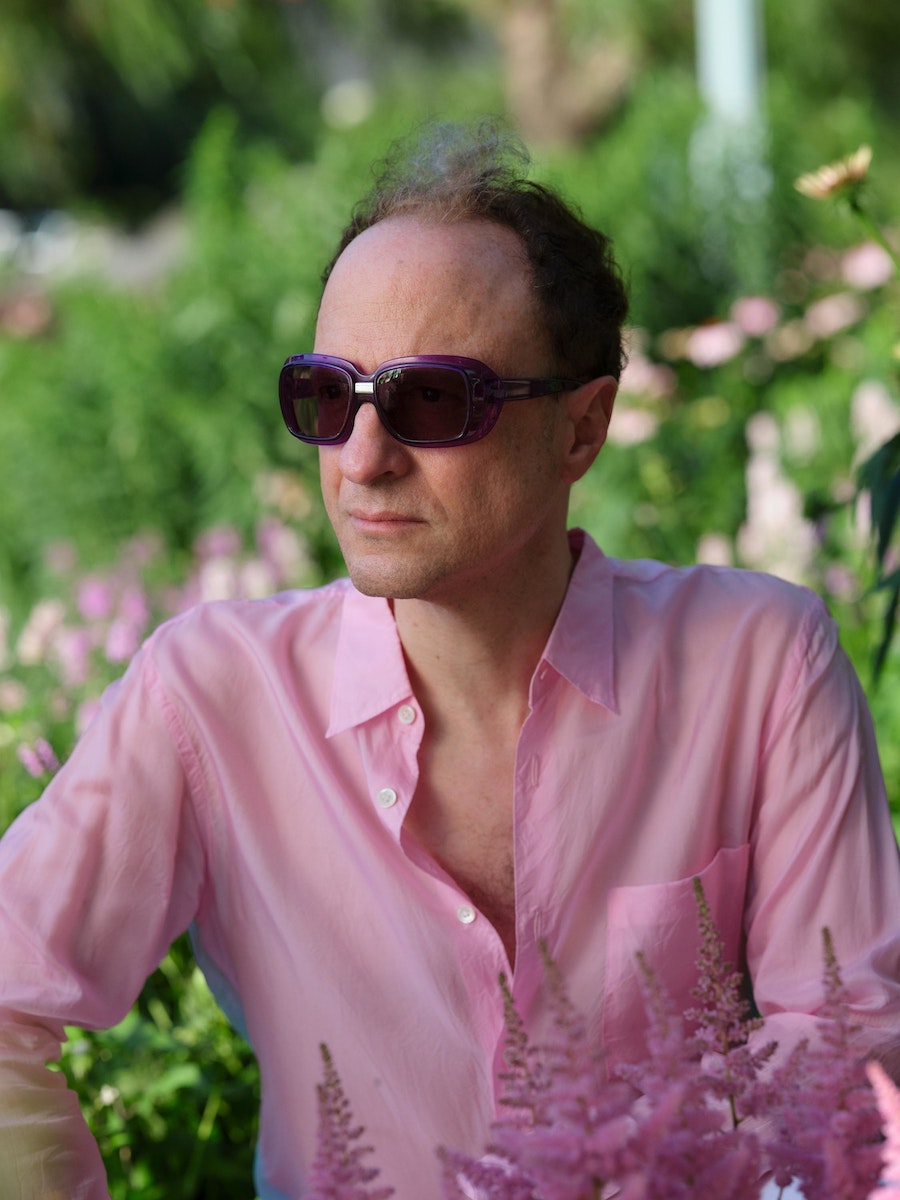 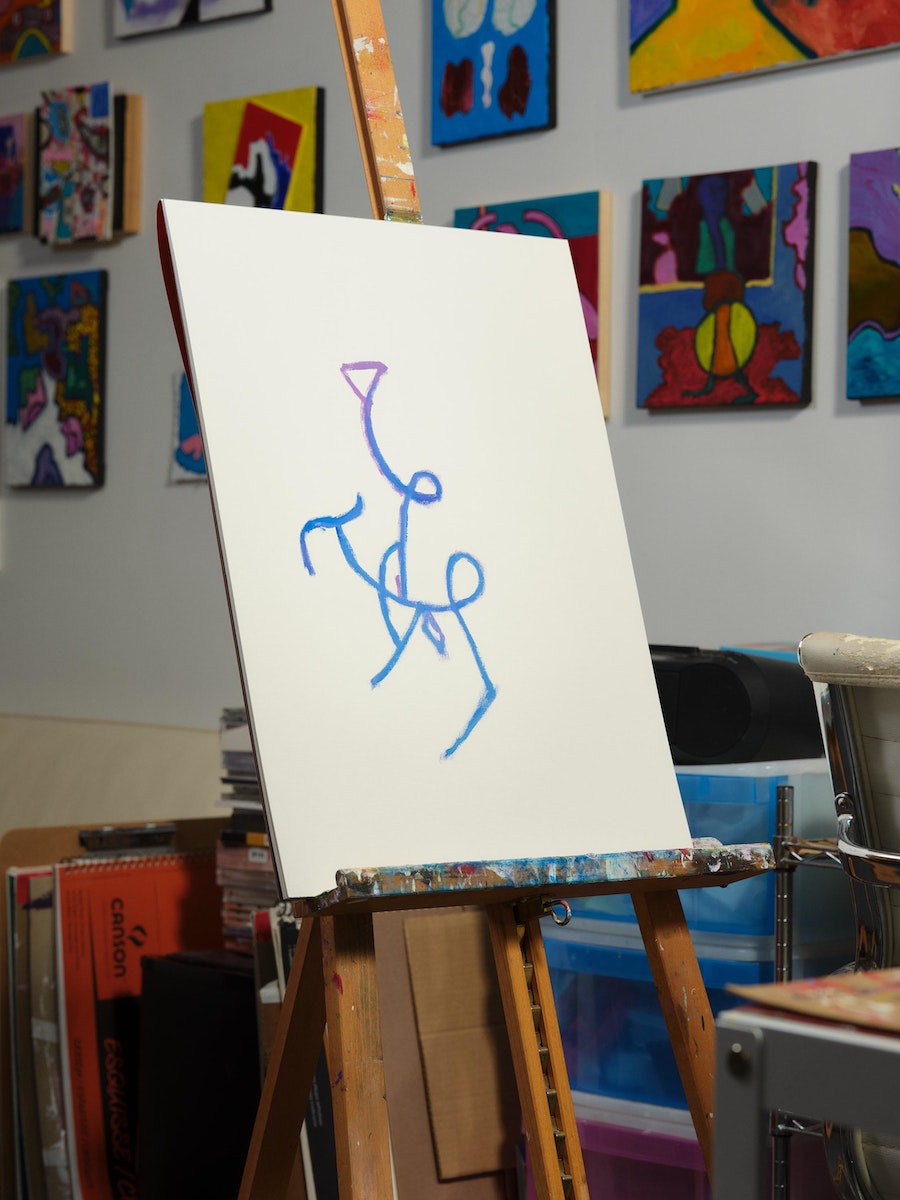 Where does the desire to keep notebooks come from?

Writing in a diary has always been a way of making myself feel real. It’s about giving myself a palpability and concreteness that I don’t often actually experience in my life. Maybe now I do more, but I certainly didn’t when I was younger. A lot of people have used journals in that way. It’s a technique to make ourselves feel real, and to give our inner experience a tangibility, and to pin life down, rather than feel like it’s floating away.

What was it like revisiting the book for this reissue?

Kind of frightening. I could have rewritten it. But I’m afraid I would have made it much less dirty. That would have maybe been my impulse, to make Theo a bit more likeable of a character, to cut down on some of the incest. In the book as it stands, I let him have the courage of crazy libido, without domesticating him.

Theo has AIDS in the book, but it’s sort of treated as a non-issue. What was your thinking on that?

Theo lives in a somewhat fictional zone of gay HIV history that is somewhere between the late ​’70s and early ​’90s. I think of him, in a way, as a kind of sacrificial symbol of a whole decade and a half’s worth of historical experience of HIV. A kind of dream composite. HIV/​AIDS is at the core of gay history, and Theo is a part of that, even though he’s not exactly the standard homosexual. I might even say he’s a summation of phobic projections about the homosexual as contagion. But I wouldn’t want to overthink it. It was just clear to me he was ill. But he was crazy from the beginning because classical music was crazy. And so was the history of homosexuality, as a series of double binds.

You seem to write from the subconscious first and then make sense of it later.

I do plenty of thinking, but more when I’m reading and walking around in the world and seeing movies and looking at art and having conversations with people and teaching. When I’m writing, I’m using my mind, but I’m stuck in language, and when I’m stuck in language it’s like I’m painting and I have paint on my hands; language is messy and I’m in it and I can’t stop and go to the sink and wash my hands in between every brushstroke. I’m trying to write my way out of confusion and passionate tornado sensations. So there’s thinking, but there’s more fantasising. There’s a lot of fantasising. There’s a hypnagogic state where you’re half asleep, you’re letting yourself slightly fall asleep to have dreams. Writing this novel, I wrote a lot of it at night. I wrote it in cafes, and when I was traveling. I wrote it while listening to music. I wrote it before I went to bed, after I’d had some wine. I wrote it at times when I’m not usually writing. 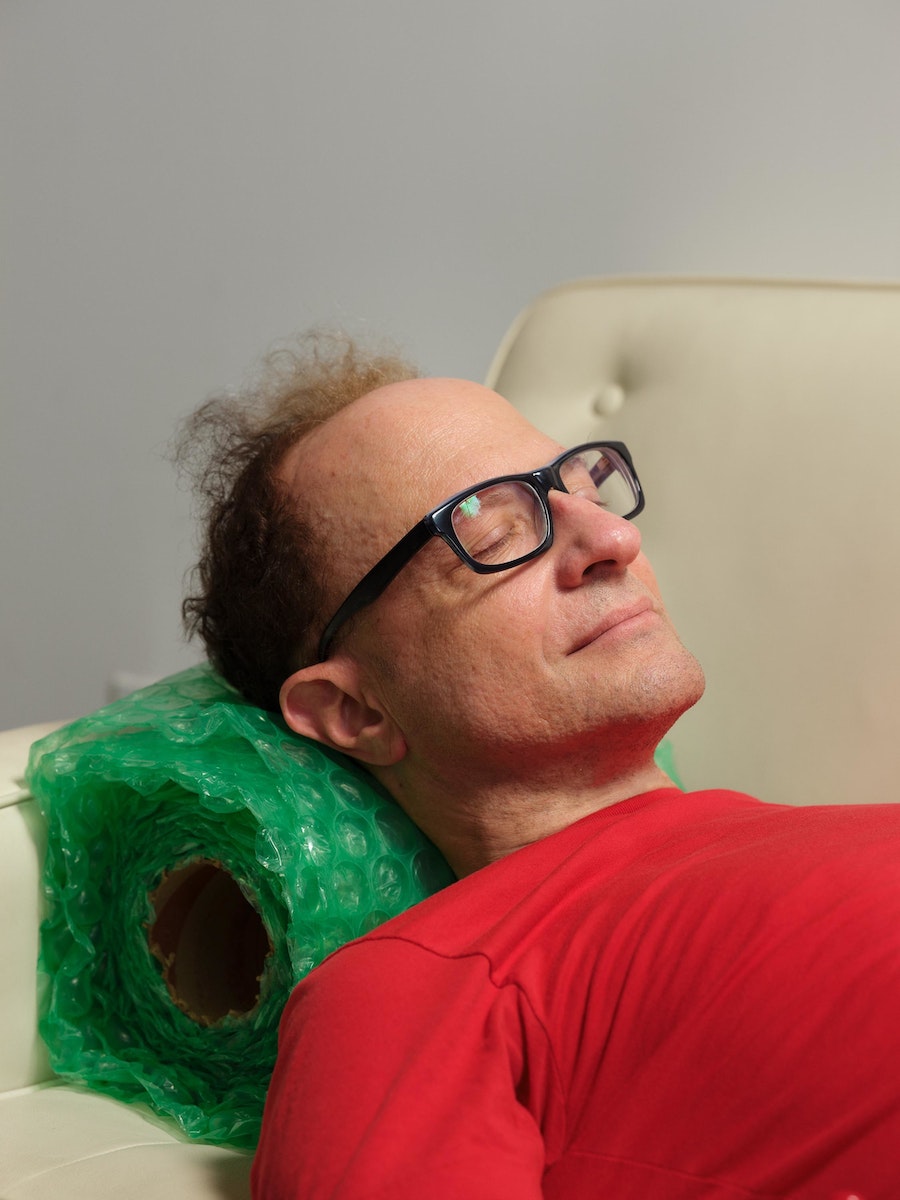 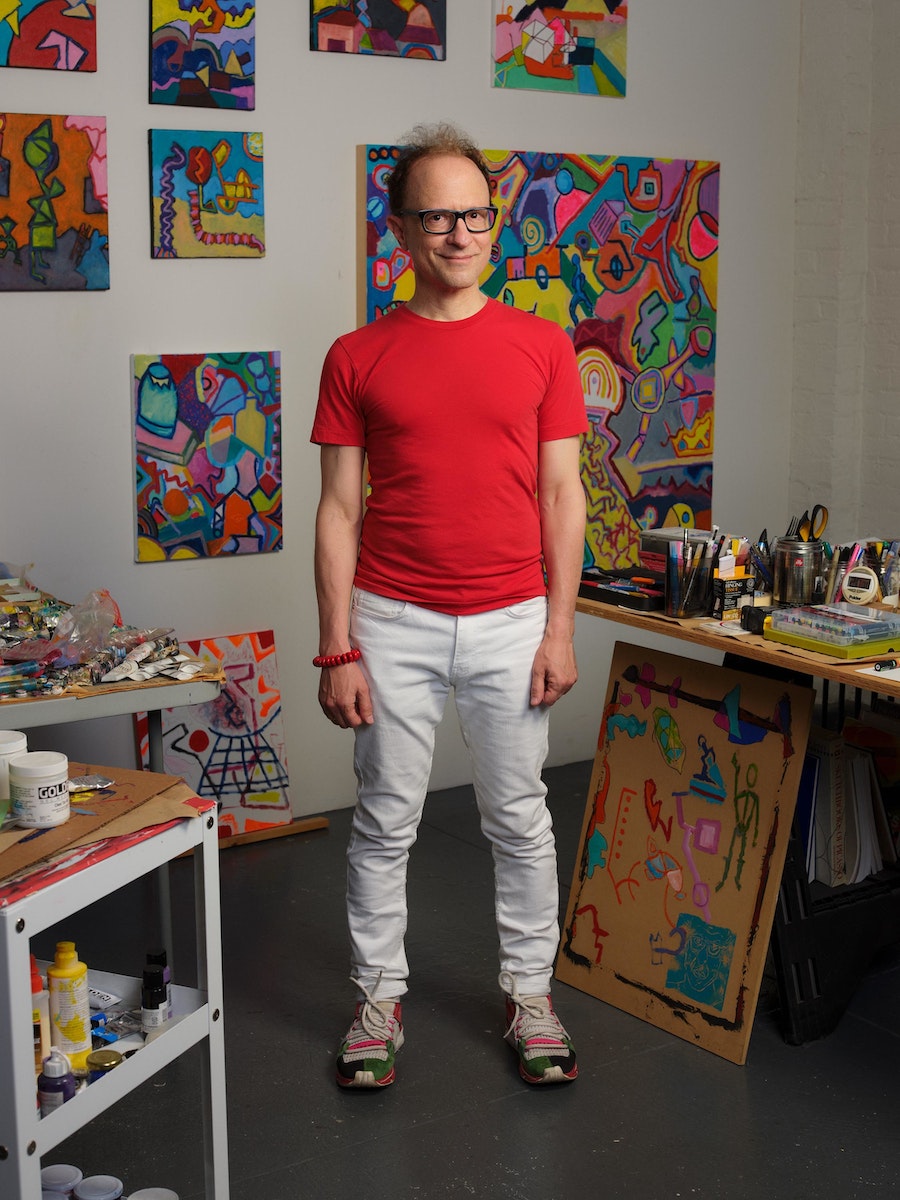 Is there anything you won’t write about?

What does it feel like to see your book back in print?

I feel truly reborn. It’s funny, I’m going to be doing an event later this month at Housing Works with the superstar opera tenor Anthony Roth Costanzo, so I feel like, in a way, I’m literalizing Theo’s dream, because Anthony is a real opera star. I’m a writer, he’s a star. We’re going to have a conversation, I think about the myths and perils and psychotrauma of being a classical musician.

Circus will be released from Soft Skull Press 9 July 2019