On a summer morning some 18 years ago, Mar Chan landed at JFK airport alongside her mother and brother. Chan, 24, would later describe this move from Ho Chi Minh City to the States as ​“the first of three awakenings”. For Timothy Gibbons, a transatlantic move from Northern Ireland resulted in him finding his clan: ​“My friends here are my chosen family,” he says.

For Chan, Gibbons, and many others, New York has become a home away from home. In a city where self expression and individuality radiates from the city’s streets, authenticity is more than tolerated here – it’s celebrated.

Maybe that’s why so many queer people flock to New York, myself included, in search of community – a safe haven and a space to grow and to be accepted. At a time where it often feels as though the odds are stacked against you as an LGBTQ+ person in America, these families we create become the pillars of our community, and encourage us to grow and care for one another.

With this month marking the 50th anniversary of the Stonewall uprising – the catalyst for the gay liberation movement – we sat down with seven members of New York’s LGBTQ+ community to discuss the importance of pride. From artists, to models and everyday folk – each individual has a story to tell, while also sharing a commonality in their queerness. Through intimate portraits and interviews, we reflect on New York’s queer scene, and ask their opinions on crucial issues facing LGBTQ+ people in 2019. 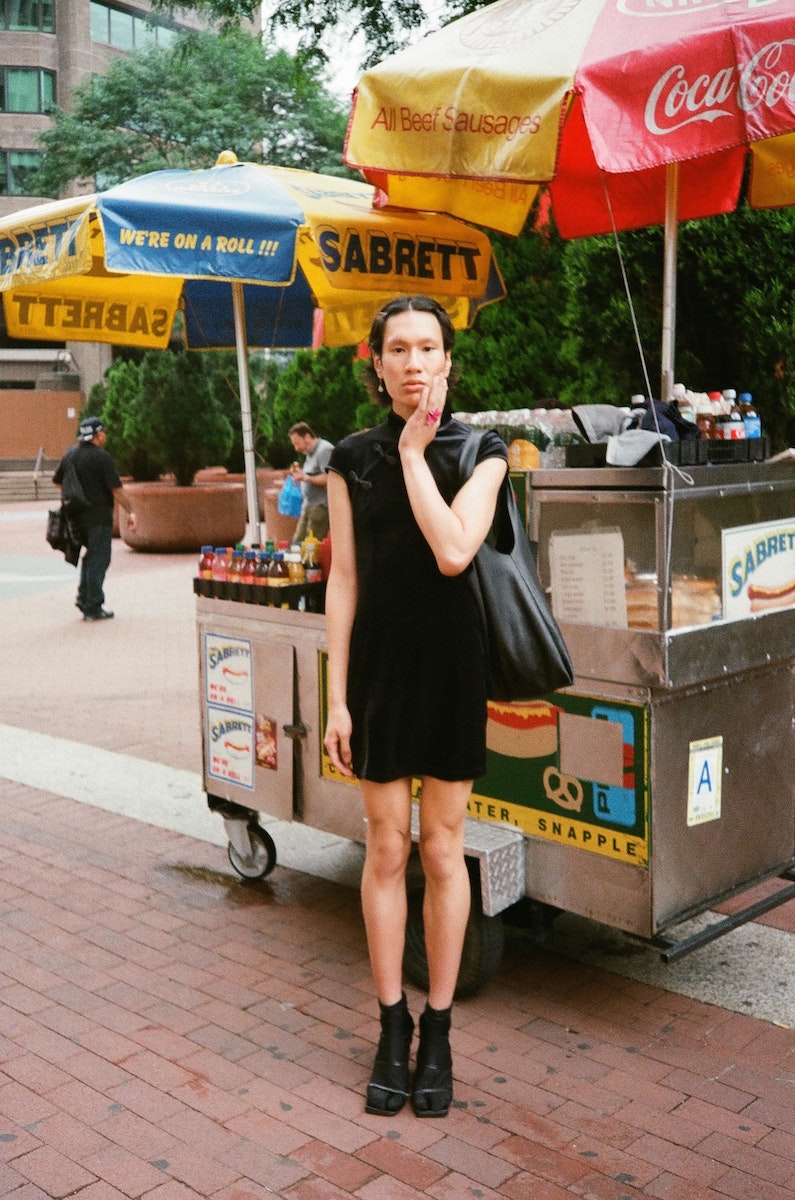 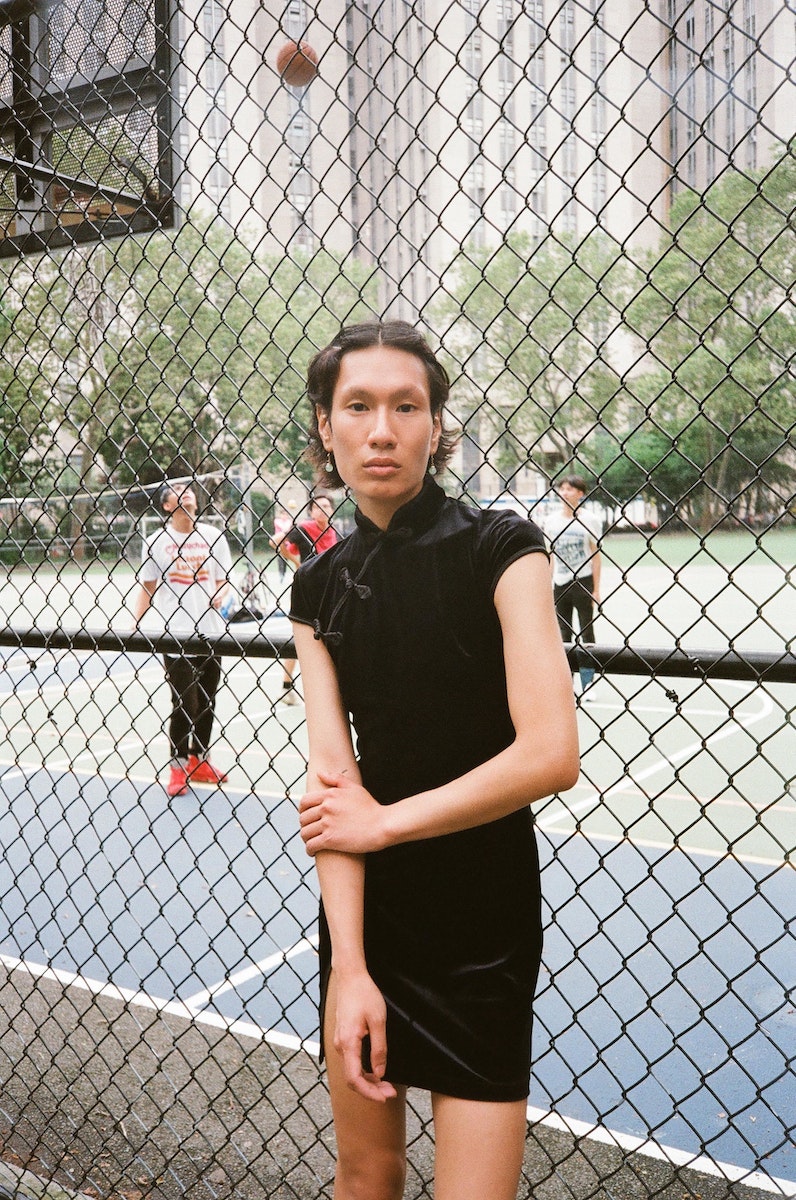 Queer people are highly susceptible to the exploitation of labour, especially in creative industries. So many of my friends and colleagues receive zero compensation for their time and expertise. In the hierarchy of wealth, the first to receive payment will always be those who are willing to toil away for free – without revealing their desperation, of course. After you have sold your mind, body, and soul, then you will able to collect your debt. Unfortunately, the same can be applied to many marginalised groups.

Take us off your mood boards. Employ us.

How does the future look for LGBTQ+ and queer people in NYC?

Hopeful. I believe in change, and I believe that the generations after me will usher in a better era.

What makes New York special to you?

New York City has a pulse that is inescapable: filthy, chaotic, overwhelming and completely beautiful. Every time I walk out my door, I’m inspired.

I am always attracted to very complex, radical people and the New York queer scene I’m involved in is comprised of really incredible questioning individuals, people that are openly pushing the boundaries of what it means to be queer in this crumbling society. Sometimes it feels as though we are celebrating the end of the world – and maybe we are! There’s an urgency present in music and art right now that is so raw and unnerving and yet transcendent and begging for more. 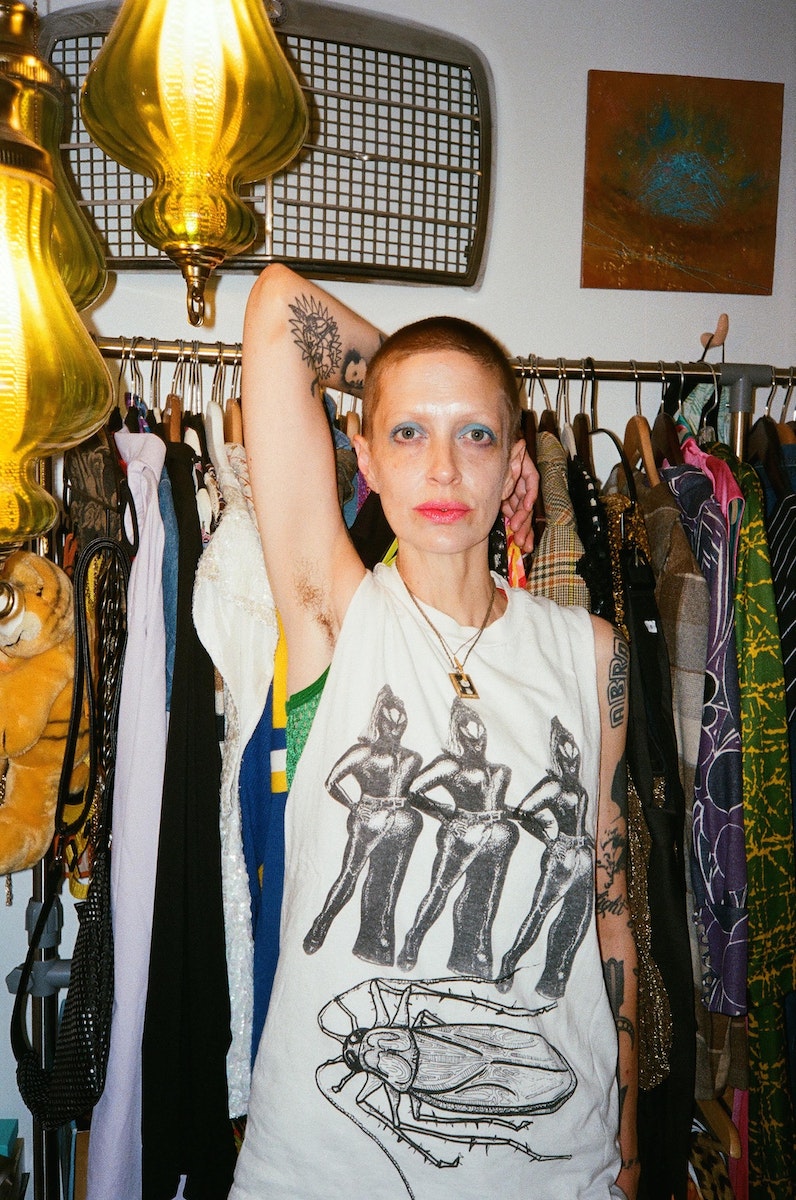 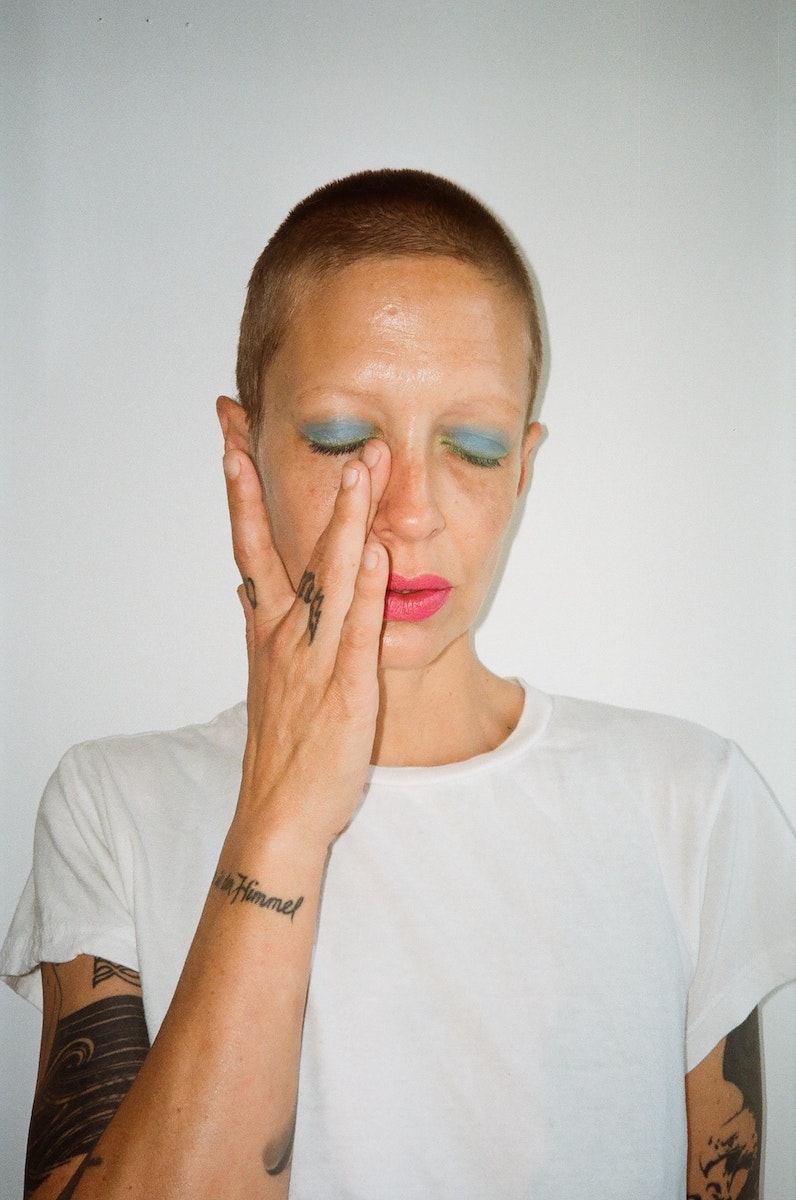 We are outside of society. We should not strive to be a part of a society that refuses to give us basic rights. This society does not value our lives; they are still murdering us. There truly is strength in numbers and I believe that we should be outraged. Young queer people should be absolutely heartbroken over the world they have inherited. We lost so many of our seers and healers and rebels that would have become elders. It’s a tremendous responsibility, but we should constantly be challenging ourselves to fight, whether your weapon is the pen, the turntables, or the ever-present canvas, speak out! Scream out!

There are so many opportunities here that I can’t imagine in many other places. Besides modelling, I also work as a sculptor, so living in a city with a lively art scene is a must for me.

New York is so big it’s hard to describe it as one category. Here you can find punk queers, quiet indoorsy queers, raver queers, socialite queers, goth queers… Having come from a small, culturally homogenous town makes me really appreciate being surrounded by so many different types of people. 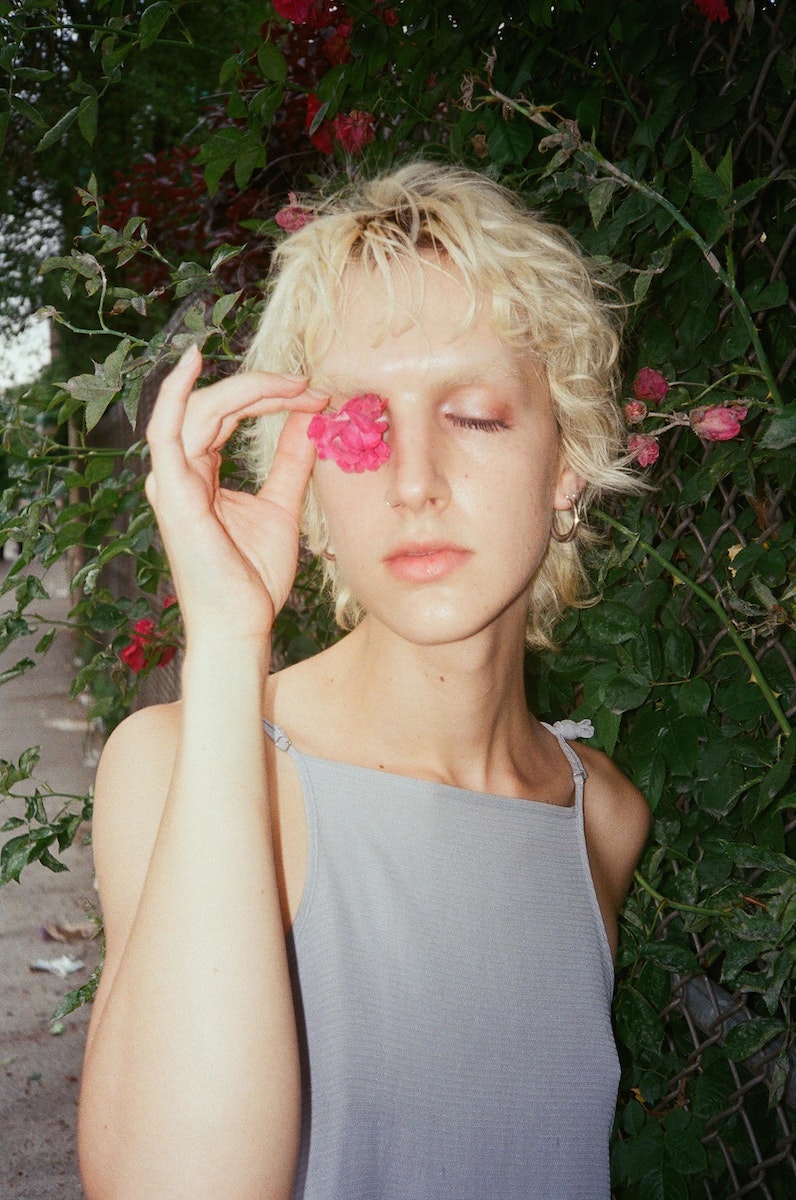 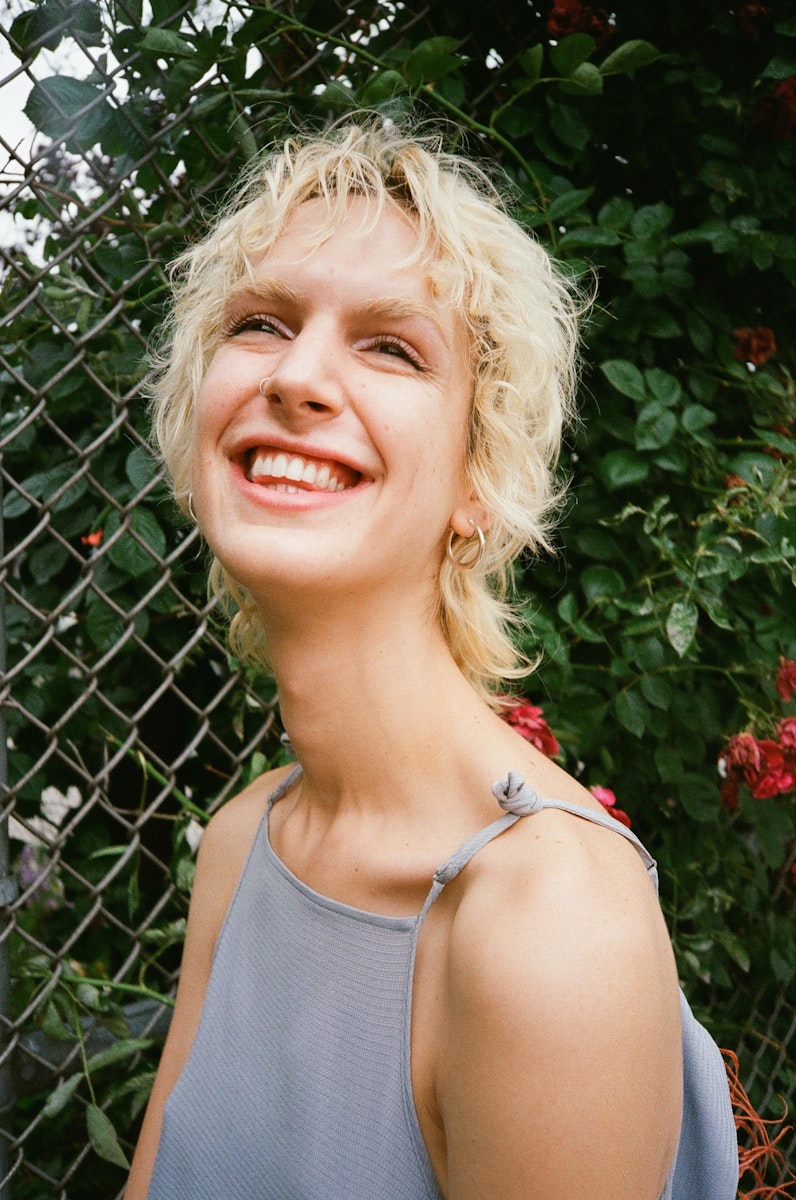 While I can’t speak for all young queer people, I can say that universal healthcare would alleviate a lot of hurdles queer and trans people face, myself included.

It doesn’t get much recognition, but it blows my mind that a generation of trans girls are choosing to be more open about our transitions amongst peer groups both queer and straight. These young women are forfeiting the pursuit of a fully stealth lifestyle in exchange for the chance to be held in whole. We are rejecting the paradigm that we must destroy all evidence of our lives ​“before” and instead we are demanding that the people in our lives hold both the fact that we are trans and the fact that we are worthy, lovable, and deserving. 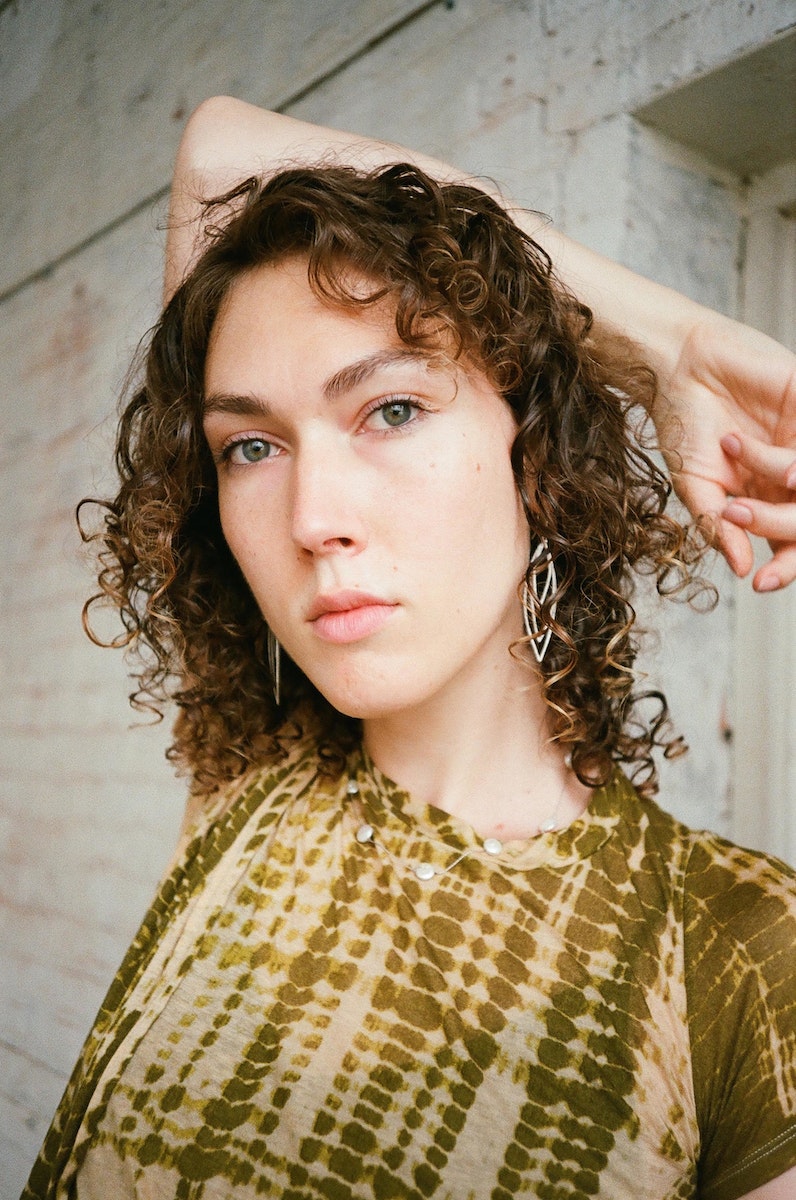 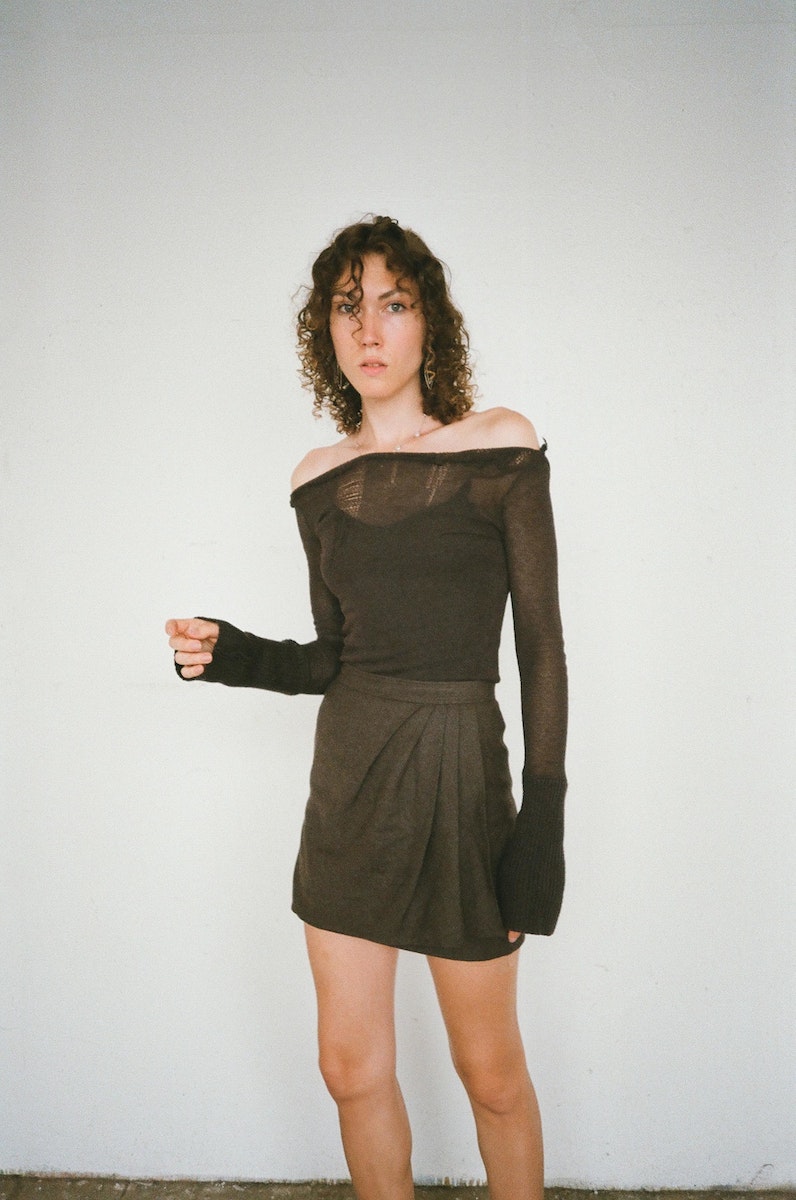 Hands down, the murders of black and brown trans women, which have become alarmingly frequent and unchecked. The rise in visibility of trans women has not brought about greater social acceptance as most corporate pride campaigns would have us believe. Instead, the most marginalized within our group have become even more targeted as more bigots realize we exist. In a neoliberal, capitalist state our ​“tipping point” is touted as a positive sea change when in fact the LGBTQ+ community is more stratified than ever before.

Not by buying ​“pride” themed products, that’s for damn sure. I’m not going to pretend to know the solution to a problem of this size, but I will say that every day, without fail, I see at least one trans person attempting to raise the funds necessary for transition-related procedures via a GoFundMe or the like. I urge readers to donate to such efforts.

Timmy: My friends. I arrived here knowing only a couple of people, and they swept me up and took me under their wing. I never would have kept my head above water if it weren’t for all their support and love. My friends here are my chosen family, a bunch of beautiful and talented queer people across the spectrums of gender and sexuality. 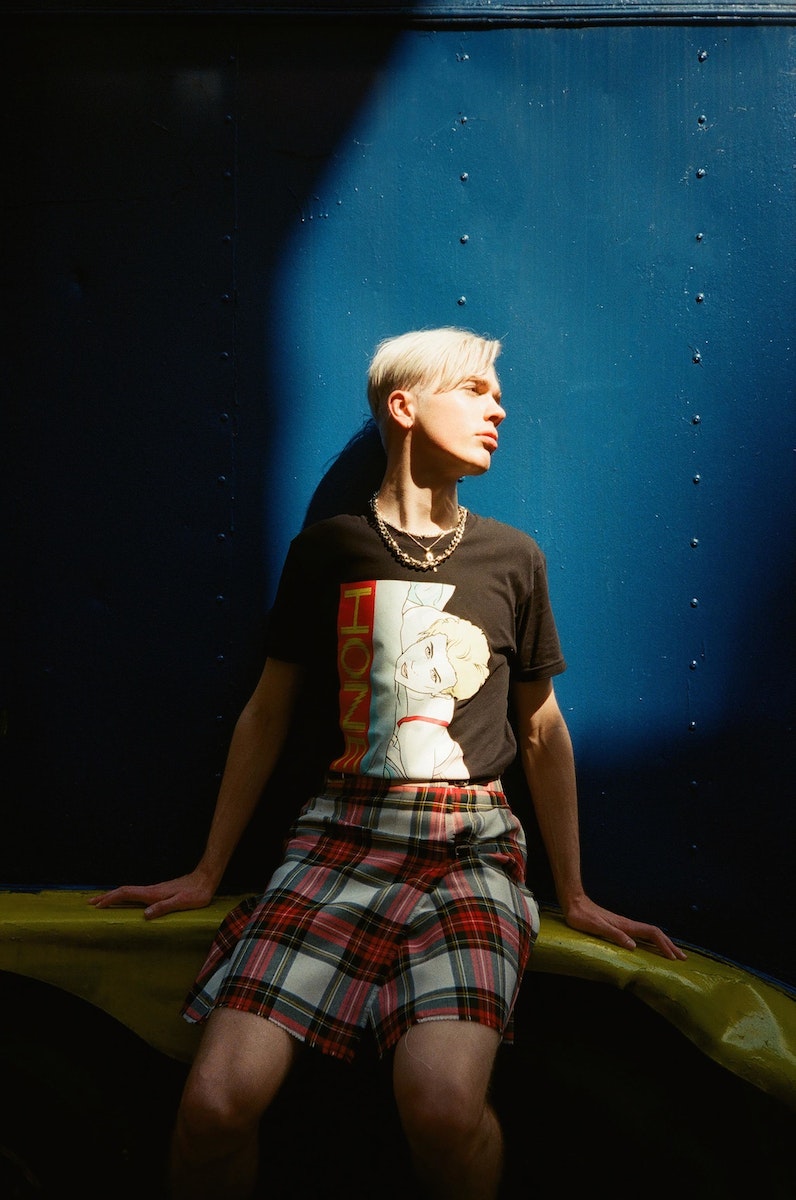 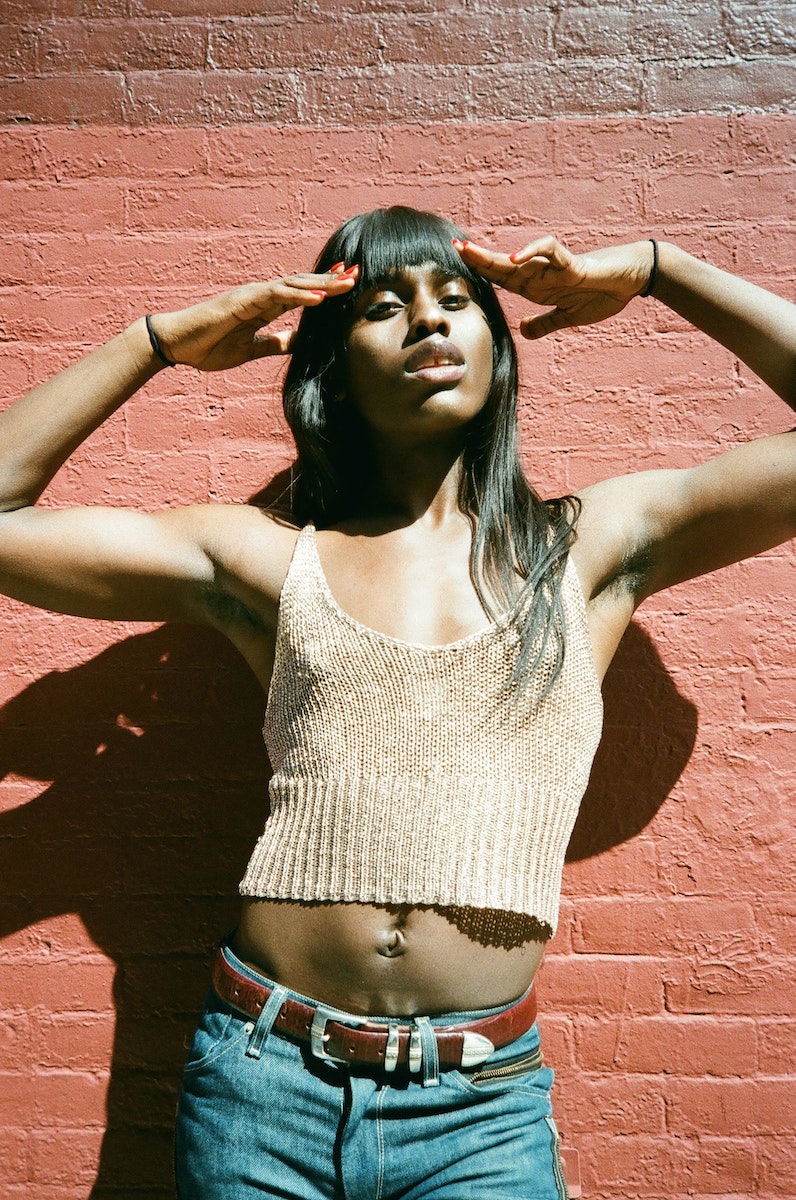 Timmy: I’m excited to be involved in the Queer Liberation March next Sunday. It’s like the pride parade but without police or corporate presence, in the tradition of the Stonewall Rebellion in 1969. I am also involved with the activism group Voices4, and will be marching for those who cannot – people living in countries where celebrating pride or even simply being visibly queer puts their lives in danger.

What makes New York special to me is the fact that you can be whatever version of yourself that you want to be, and live freely, and there’s nothing that can get in your way here.

How would you describe the LGBTQ+ scene in NYC?

It’s strong. It’s untouchable, and to me, it feels like a staple of New York. 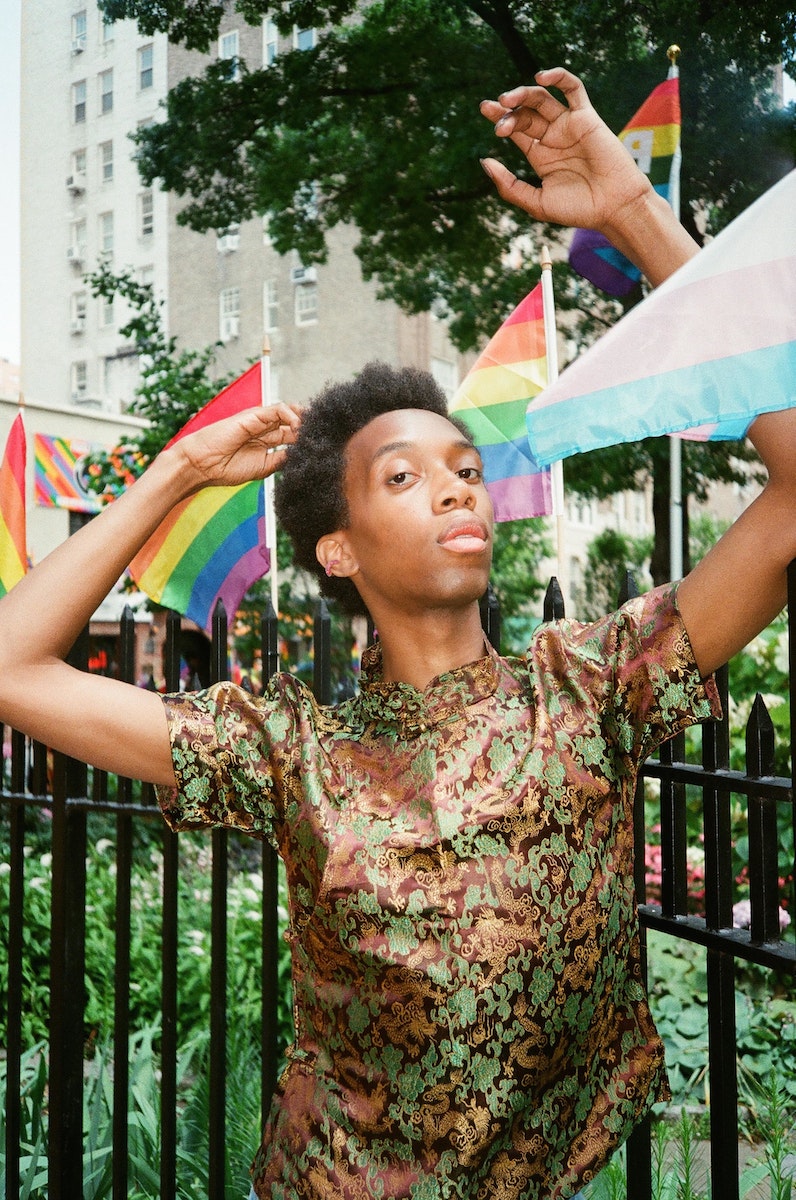 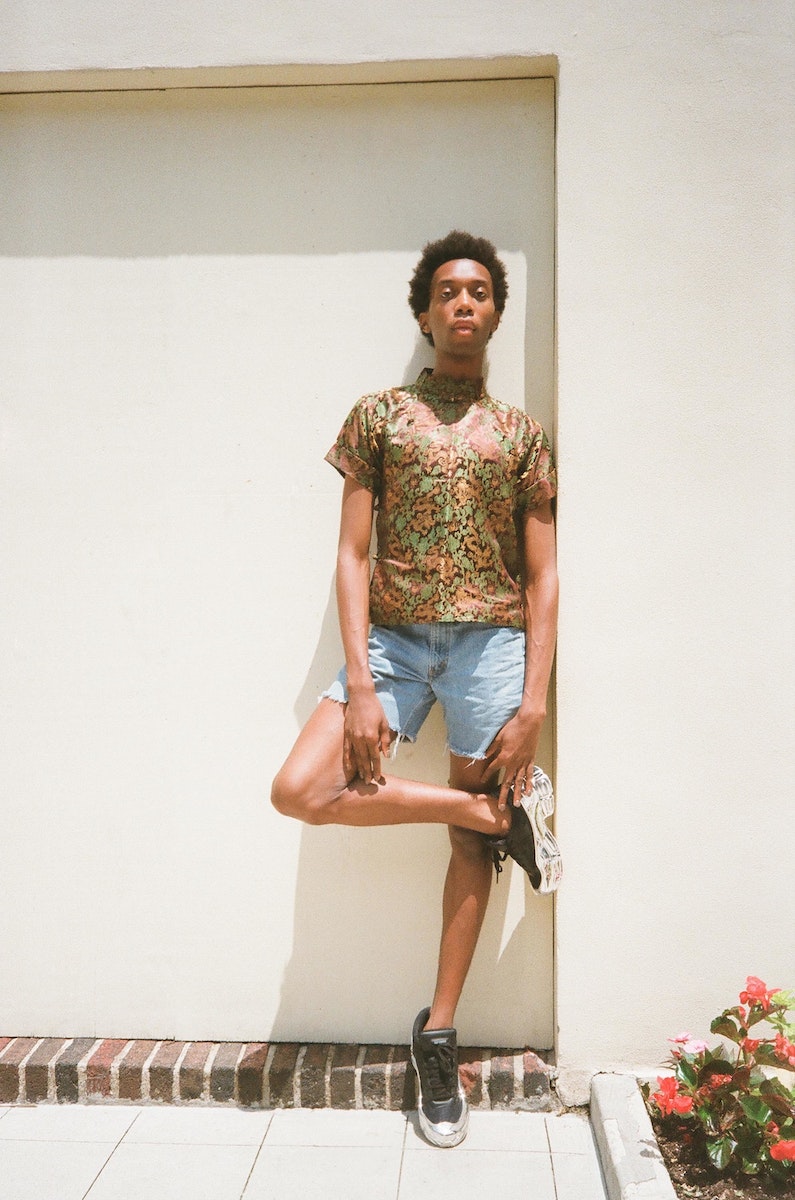 The future looks amazing. Now with social media, it has changed the narrative and we are seeing more queer people living their best lives. And so now they have a new sense of self-acceptance. In the future, it’s just going to keep going.

This is your only life to live, and you might as well live it the way that makes you feel best.