Magnus: It’s really interesting to look at where London sits in this food scene, as so many people from New York think London is a food powerhouse. Where do you think London sits on the international scene?

Micaela: People in New York dine out because they have small apartments. In Europe they also have tiny little places but hospitality is so in their culture. I think in Britain we’re just not as inclined to hospitality. We come up with reasons why we can’t have people over like: ​“Oh, our kitchen is too small!”

Magnus: Food over the last five, 10 years has become extremely cool. People pay me as a chef to do shit for fashion labels. It’s stupid. Like, fry some more eggs and I’m like, ​“Cool, give me that money.”

Graham: It’s stupid until you look at how shit food was in Britain. I arrived in London in 1987 and a restaurant wasn’t really something that a 22-year-old gravitated to. You might go if you got dragged there by your parents, but even then you certainly wouldn’t have known what to order. I don’t know any people who were into food because people wanted to take drugs and go to warehouse parties. They weren’t getting excited about going to a farmer’s market and buying an artichoke.

Magnus: That’s why it’s become cool, because it’s growing, it’s doing its thing. With that, youth culture is getting interested in it, right? But I still think 22-year-olds don’t care about going to restaurants.

Phil: I think the 22-year-olds who care about restaurants are the ones who work there.

Magnus: Twenty-two-year-olds still want to snort pills and go out in Tottenham.

Magnus: There’s a huge onus now on the hospitality industry to make things look nice. You’ve got restaurants in Shoreditch that are purely so people can fucking Instagram. You’ve now got people who are putting that at the front of their business plan. The idea that people are putting design over quality – do you think that’s damaging to the industry?

Graham: There’s a vast difference between a great restaurant and a restaurant that serves great food. Because I’ve been to restaurants where I’ve had a fucking fantastic time but the food wasn’t brilliant; which might sound contradictory but it’s better than the other way round. Having a bad time, but with great food.

Micaela: Most people are not as critical and just want to have a really nice time and have value for money. Sometimes all they need is cocktails and a laugh!

Graham: So there’s two that I can think of. One was when I got lost in Tuscany at 10.15pm. We pulled up at this place that almost looked like it might serve food but it was effectively a house. We went in and a couple who couldn’t speak English pointed to a picture of a rabbit and some type of tagliatelle. It was simple as fuck. It was late. I was hungry and it was fucking life-changing. The other one was at The River Café – what I like to call your fake expensive Italian. But it was fucking great crab linguini.

Phil: I remember having sashimi for the first time and going: ​“What the fuck is this? This is absolutely amazing!” We don’t have fresh seafood [where I’m from] in Lithgow [New South Wales] so it was terrible sashimi but it was life-changing. It was just an entirely different flavour profile to what I was used to. I moved to the city and just ate sushi for the next three years.

Filippo: I remember when I started university and I had to write about my grandmother making tortellini. That’s the story of falling in love with food. Spending time with her and cooking with her. I still remember every single ingredient for the filling of the pasta. I know I can afford to go out every weekend and eat tortellini, but I don’t do it. I keep it for something special.

Luca: One thing that stands out for me is the steak sandwich at The Eagle [in Farringdon]. It’s been the same now for 26 years and it’s all about having the belief in what you do. ​“This is what we do, if you don’t want it then fuck off.” Mike [from The Eagle] was really good. He taught us the customer is not always right. You can’t come here and say: ​“I don’t want part of this or part of that. You can have it how it is done, or you can go away.”

Megan: The first one was when I was 10. My mum bought one of those bread-makers. I don’t know why, but there was a croissant recipe that came with this bread-making thing. I remember we both completely had our minds blown when we realised how much butter went into it. And ever since then I’ve been obsessed with butter. Then I moved to Paris to work at a Scottish pub when I was 18. My mum came to visit and one night we were walking down the street trying to decide somewhere to go for a meal. At that time I was a style-over-substance person. But my mum, she’s been about and she knows what to look for. We were walking past this place that had scaffolding all around it but she saw there was a pasta roller in the front. It was the first time I had ever had fresh pasta and it was incredible. Me and my mum originally walked past it. It was a dingy little thing, but it changed the way I eat. I would never go style-over-substance now. The flavour is always first and foremost.

Magnus: Everyone loves it, everyone hates it – it depends on what day you wake up. And that sums up our vibe: food is totally personal. 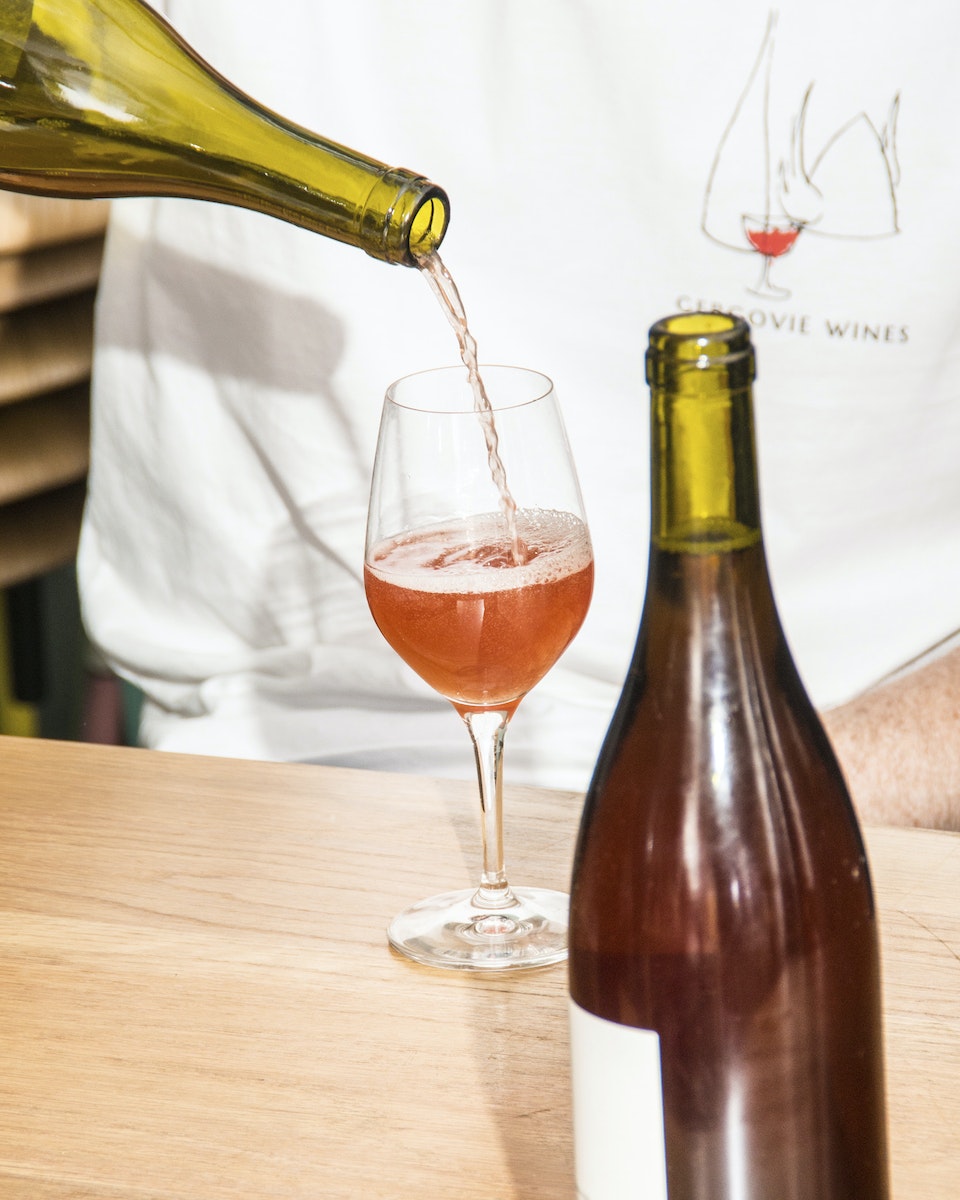 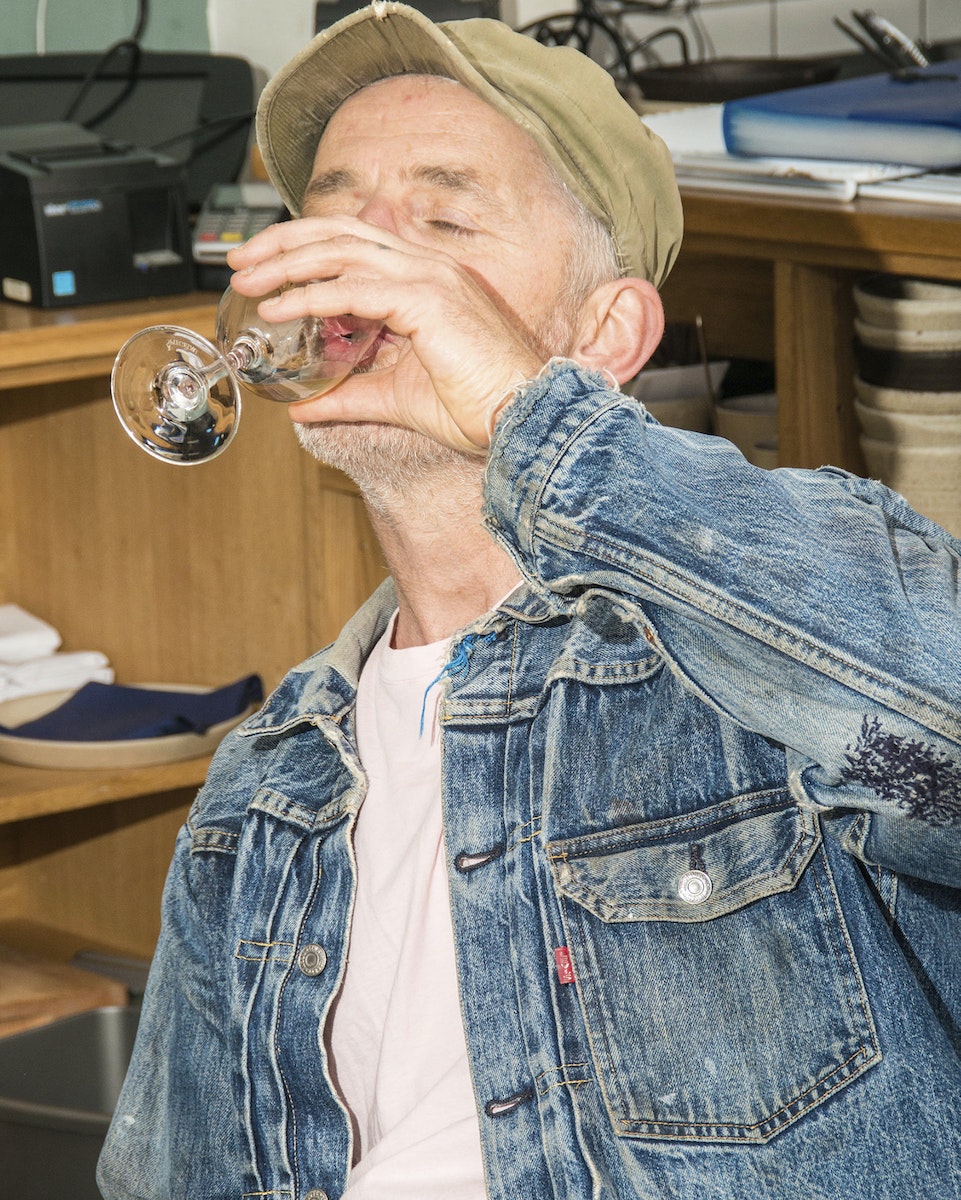