There are cooler places to be than hunched over a computer monitor in 35-degree heat, but that’s where Charlie Di Placido found himself on Monday.

Di Placido was going over the finishing touches to the video for Clout – the lead single from London rapper Nines’ highly-anticipated new album, Crabs In A Bucket. The final edit was exported just a matter of hours before the clip hit YouTube. It immediately sent social media into a flurry.

With Nines’ last two albums reaching top five of the charts – 2017’s One Foot Out, and the following year’s Crop Circle – there’s a fair amount of hype for Crabs In A Bucket, which features the likes of Headie One and NSG, and marks his move from XL Recordings to Warner Records.

As well as the CIAB videos, Di Placido is working on the next two instalments of the Crop Circle short film series, in which Nines stars with a semi-autobiographical role as a local dealer and community lynchpin chasing a big pay day. ​“It’s a bit full-on for the rest of the month,” Di Placido admits.

In the visual for Clout, Nines appears as the cover star of classic albums from across the ages: perched on a Honda and drenched in dry ice for Prince’s Purple Rain; clad in a black tracksuit and backed into a corner for Dizzee Rascal’s debut; backlit, cigar in hand for The Blueprint. Elsewhere, he cosplays as Dr Dre, Big Daddy Kane, Redman, Tupac, Berner, 50 Cent, Snoop Doog and more. He tosses popcorn at a Tekashi 6ix9ine lookalike in a nod to JR Writer’s I Really Rap. Finally, he sparks up on the cover of his own 2012 mixtape, From Church Rd To Hollywood.

“The original concept is all Nina [Nines],” Di Placido explains. ​“He has a really clear vision of how he wants to do his visual stuff. So he’ll send me a long voice note or we’ll have a very long phone call going through it. The album covers idea, he had a while back – and he just started pinging through some album covers and thinking about how we might incorporate it.” 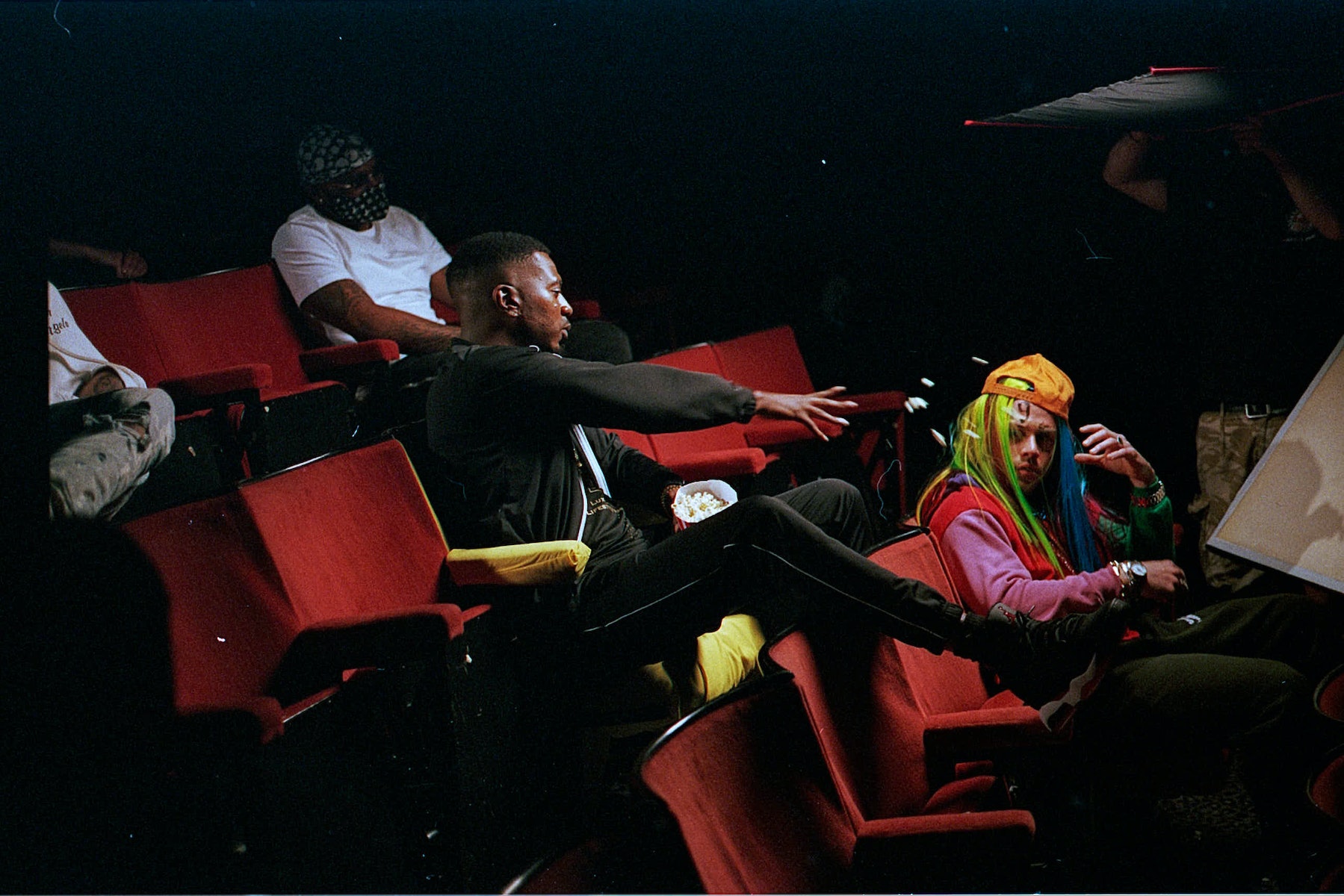 The guy with the rainbow hair – does he look familiar? 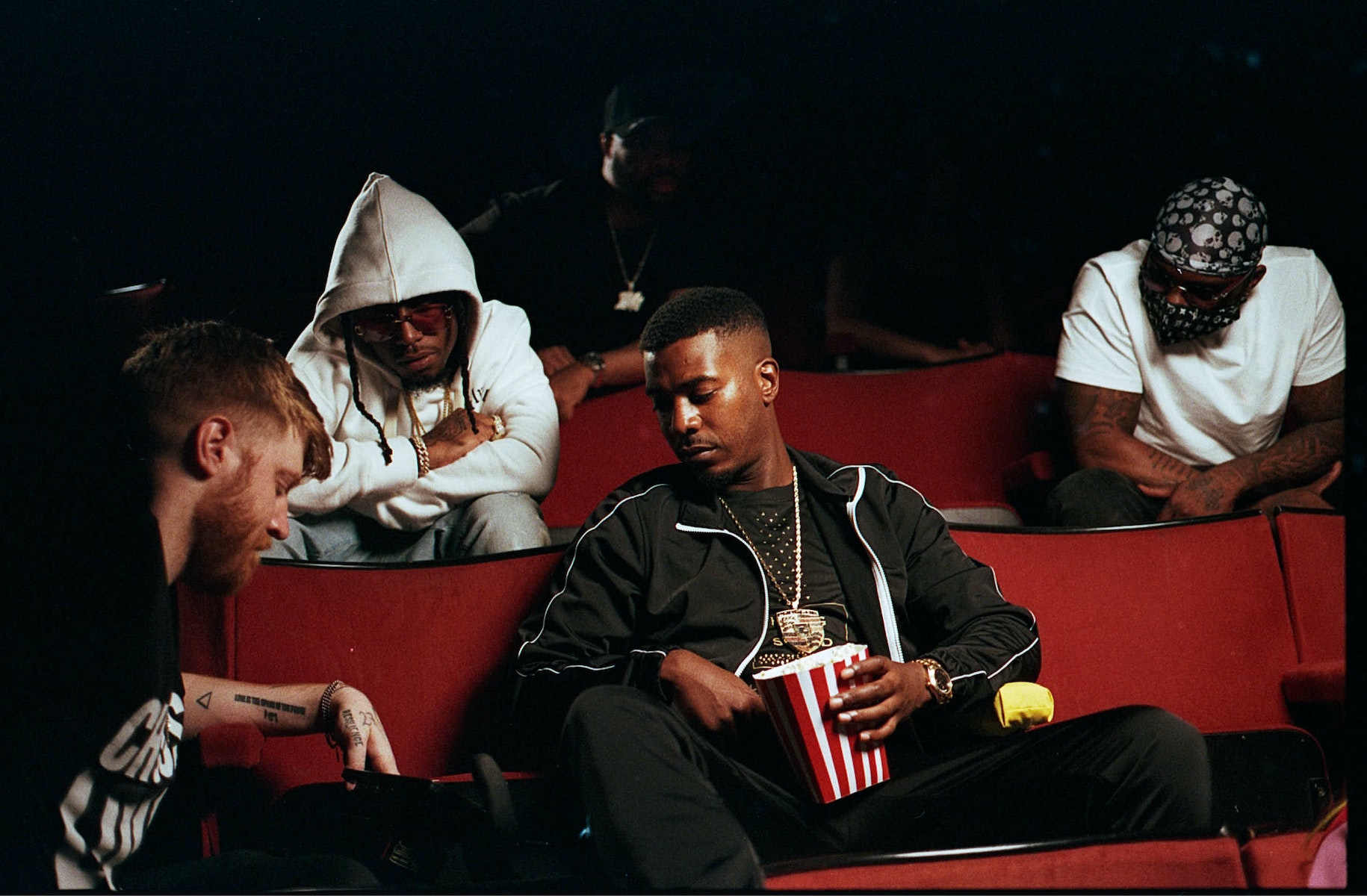 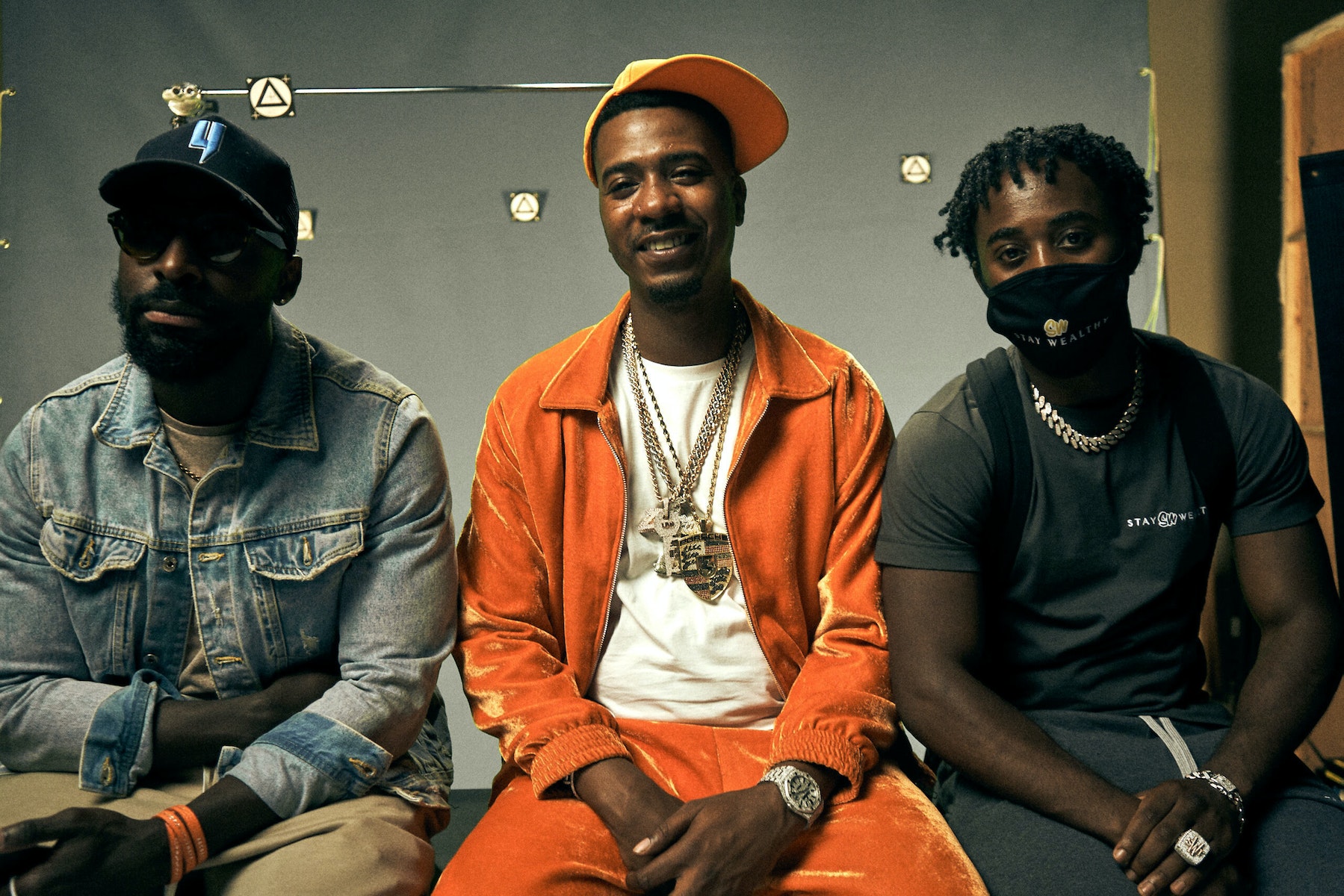 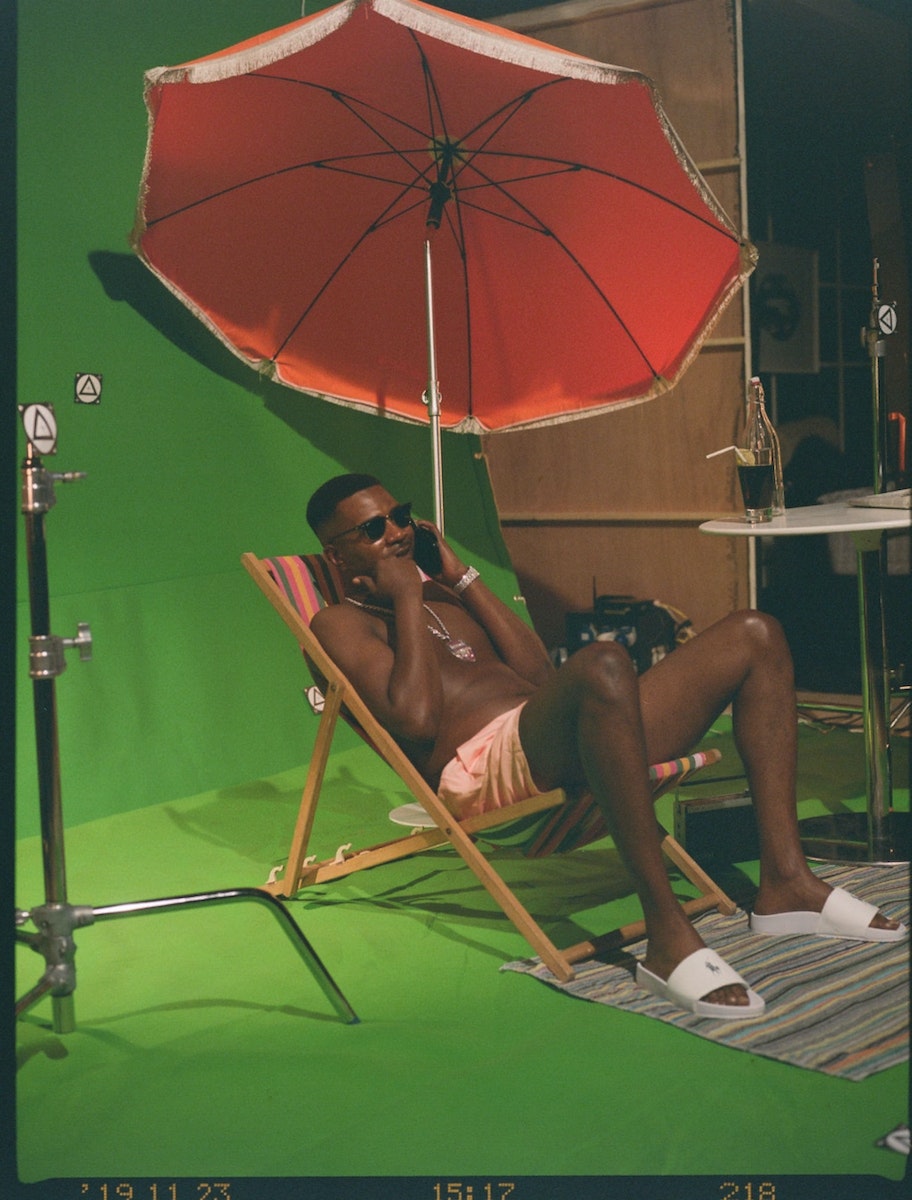 Most the references are of rap records, but Nina also pulled up a deckchair to show a bit of love for prog rock – this is a nod to Supertramp’s 1975 album Crisis? What Crisis? 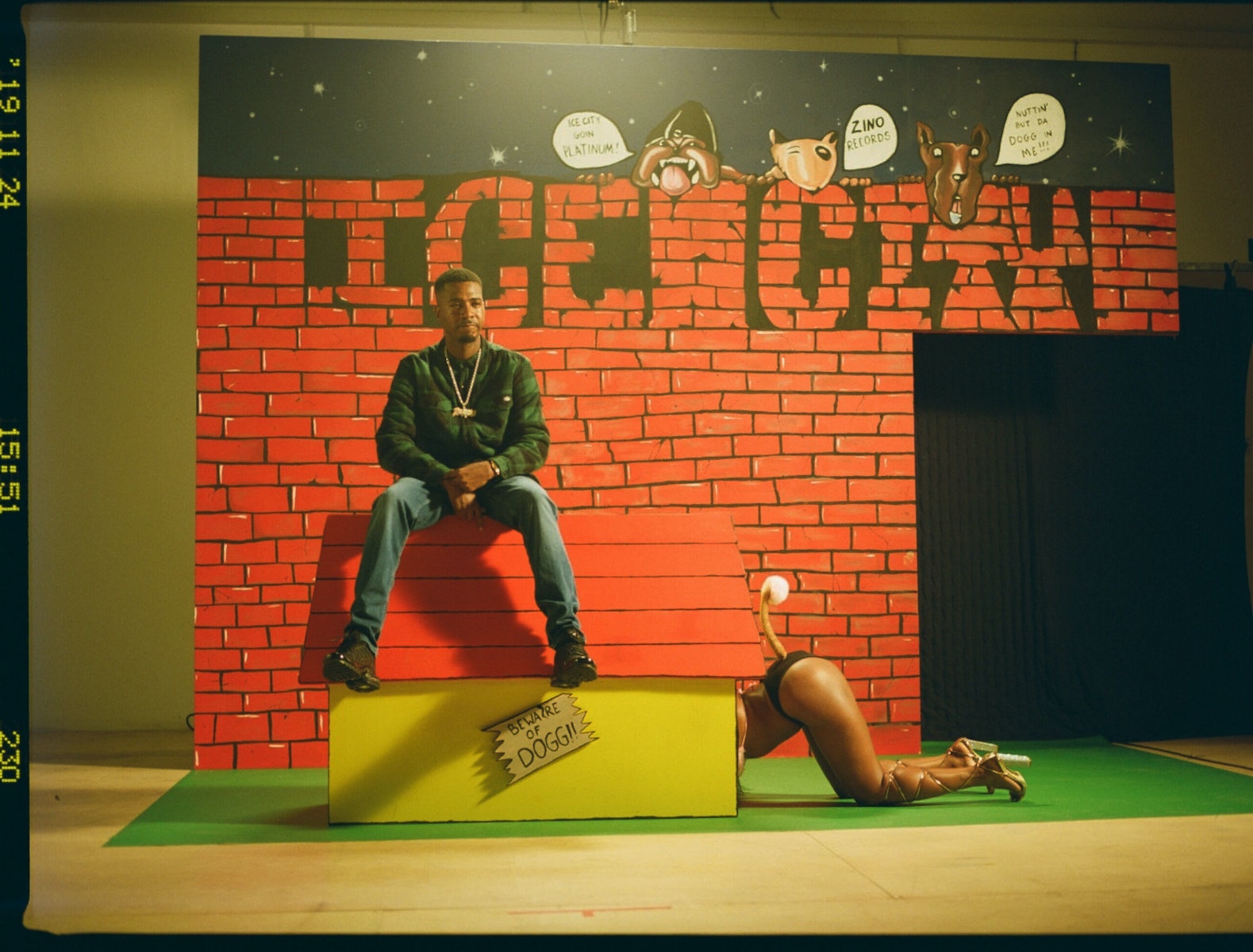 The original list included ​“50, maybe 60 covers,” Di Placido says – ​“and he genuinely wanted to do them all.” Time and budgets prevailed, however, and the result is a more condensed run through of the album covers that have stuck with Nines over the years. In this way, the clip reads visually as a timeline of Nines’ influences – and perhaps his musical ambitions too.

For all his off-hand wit and lyrical protestations that ​“I ain’t a rapper, I’m a drug dealer that raps”, Nines clearly thinks deeply about his art and how it’s presented. ​“He takes a lot of pride in the work we do,” says Di Placido, ​“and he’s a perfectionist.”

Working in such close tandem with artists is a familiar process for Di Placido, whose showreel includes visuals for the likes of Kojey Radical, Little Simz, and Jungle. A short film he produced to premiere alongside the release of XL Recordings’ influential New Gen compilation in 2016 would ultimately lead to him taking the reins for the first Crop Circle film, after the rapper signed to XL in the same year.

Nines is listed as both writer and director on the film, which Di Placido describes as coming straight from the rapper’s brain. ​“He’s kind of like an artist, director, producer – as he’s able to do a lot of production stuff on the fly for us down there [on location],” he explains.

This hands-on approach is instrumental to the way Nines is ultimately able to tell his story – and those of the people he grew up around. ​“I think that a lot of times the way that British film culture addresses that subject matter, it’s all very overly serious and dramatised in a way that’s not true to life,” says Di Placido. ​“Even in the high pressure situations that they all live in and the crazy situations that happen in that part of the world, there’s still a lot of humour, they’re still normal people that joke around.” This sense of humour is evident in the Clout video too, as Nines apes Big Daddy Kane in Roman attire, picking over a bowl of fresh fruit. When Crop Circle premiered in Soho’s Prince Charles Cinema, the audience spent the screening in stitches.

Di Placido refers to La Haine, a film that succeeds on its ability to marry levity with more serious arguments about racism and systemic inequality. The movie’s authenticity is, he says, crucial – and something that Nines brings to his own storytelling. ​“Because he’s authentic and he comes from that world, he doesn’t feel the need to oversell it or over-dramatise it,” says Di Placido.

In other words: about as far from clout chasing as you can get.