Yesterday, Boris Johnson became prime minister of the UK. Today, the country has had its hottest July day on record, with temperatures reaching 38.1C in Cambridge.

Which all begs the question: have we literally entered hell?

At the time he gives his first speech as PM, we will hold a street festival celebrating the power of our communities. There will be music and art. There will be noise.”

And noise there was. The protest, which began at 5.30pm in Russell Square, saw protestors march through London towards Downing Street chanting ​“Fuck Boris”, handing out zines, and throwing out free anti-BJ T‑shirts.

Here’s what they had to say. 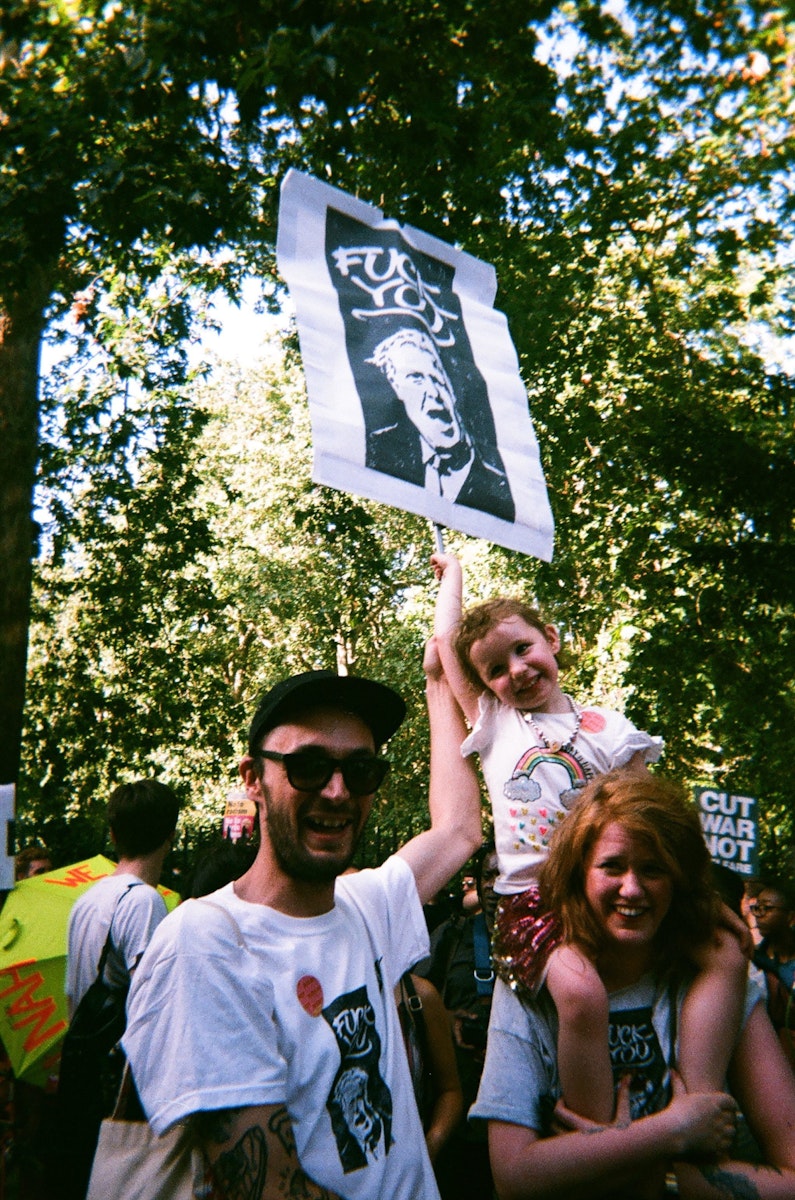 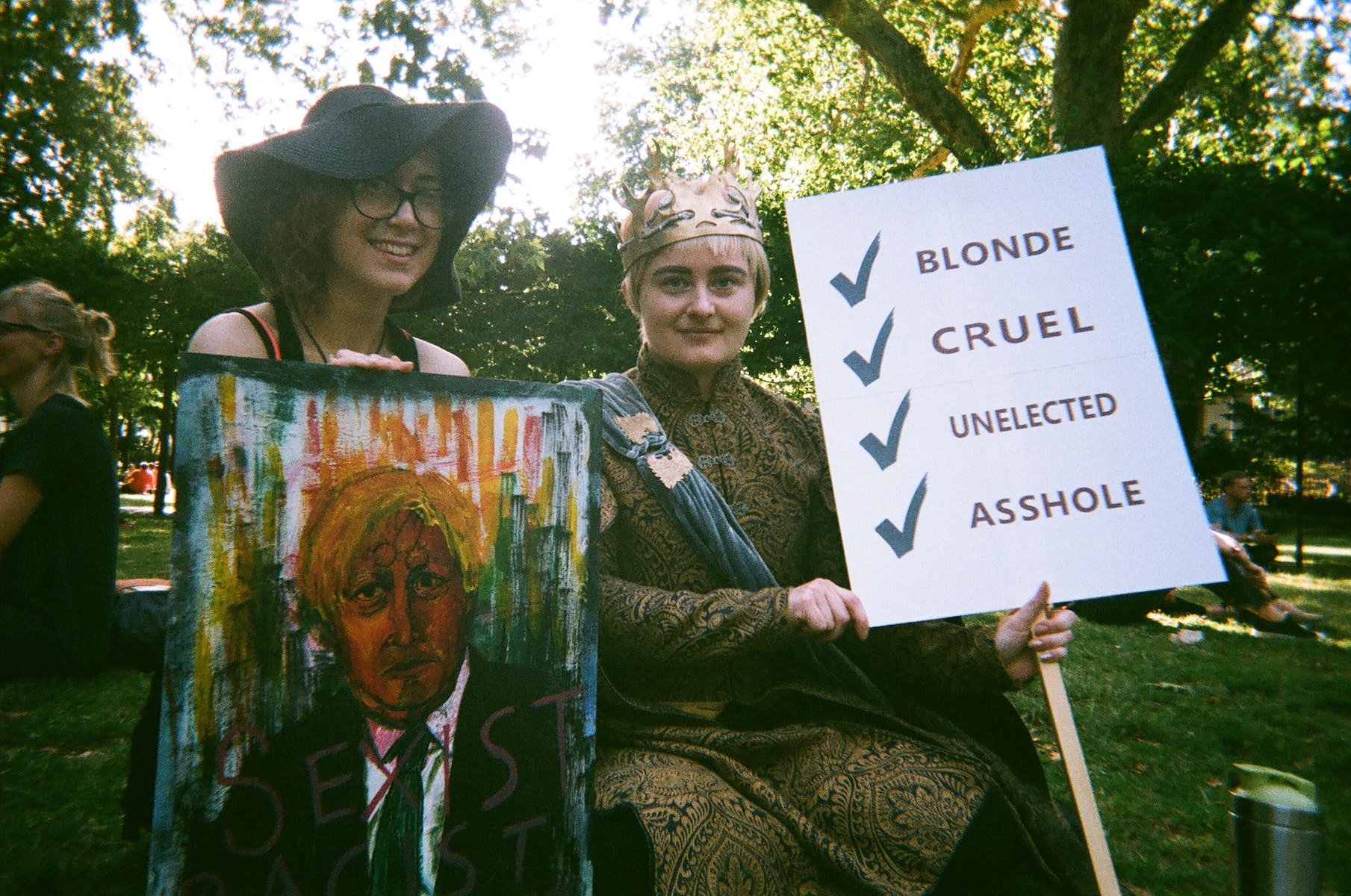 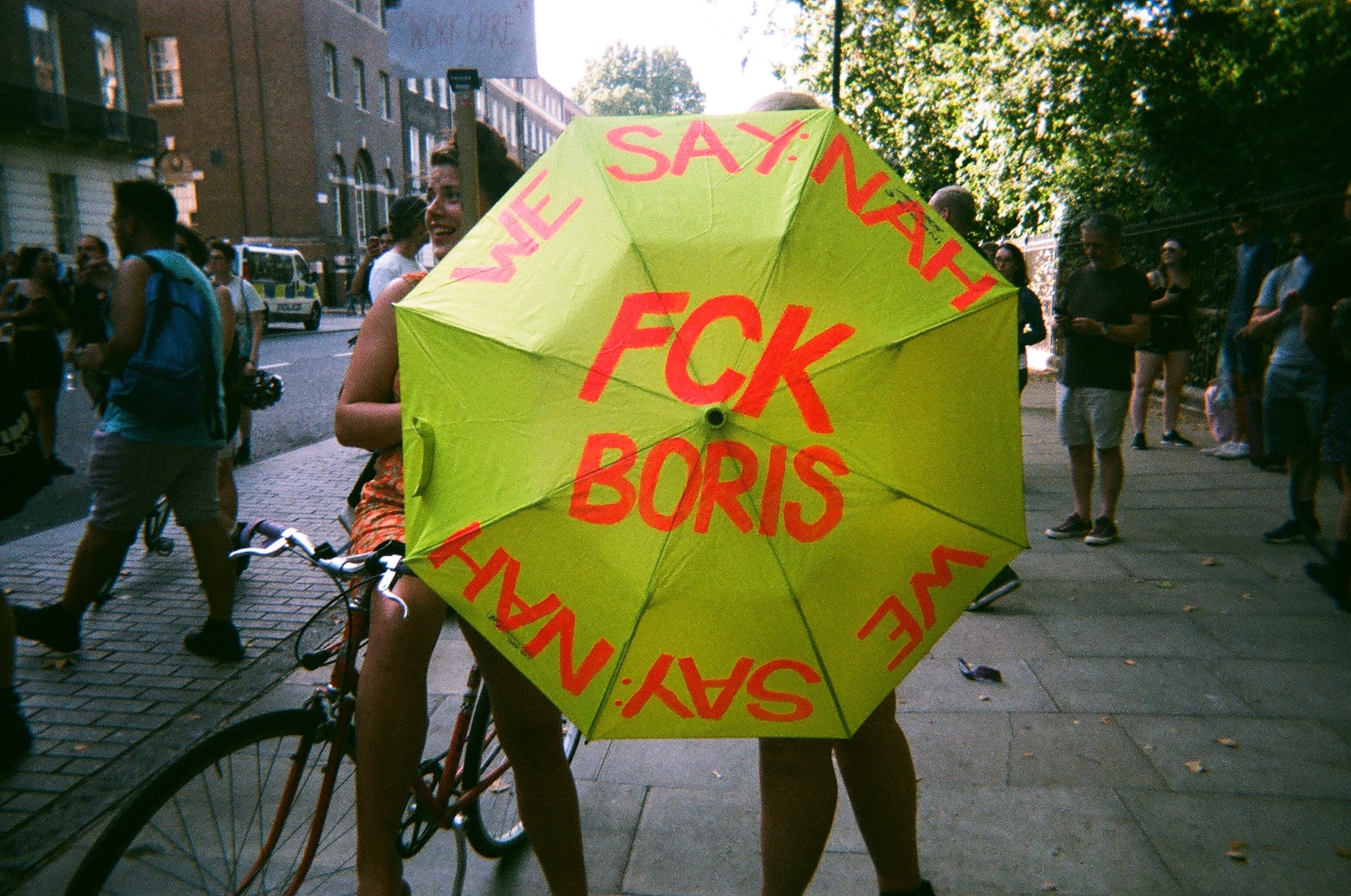 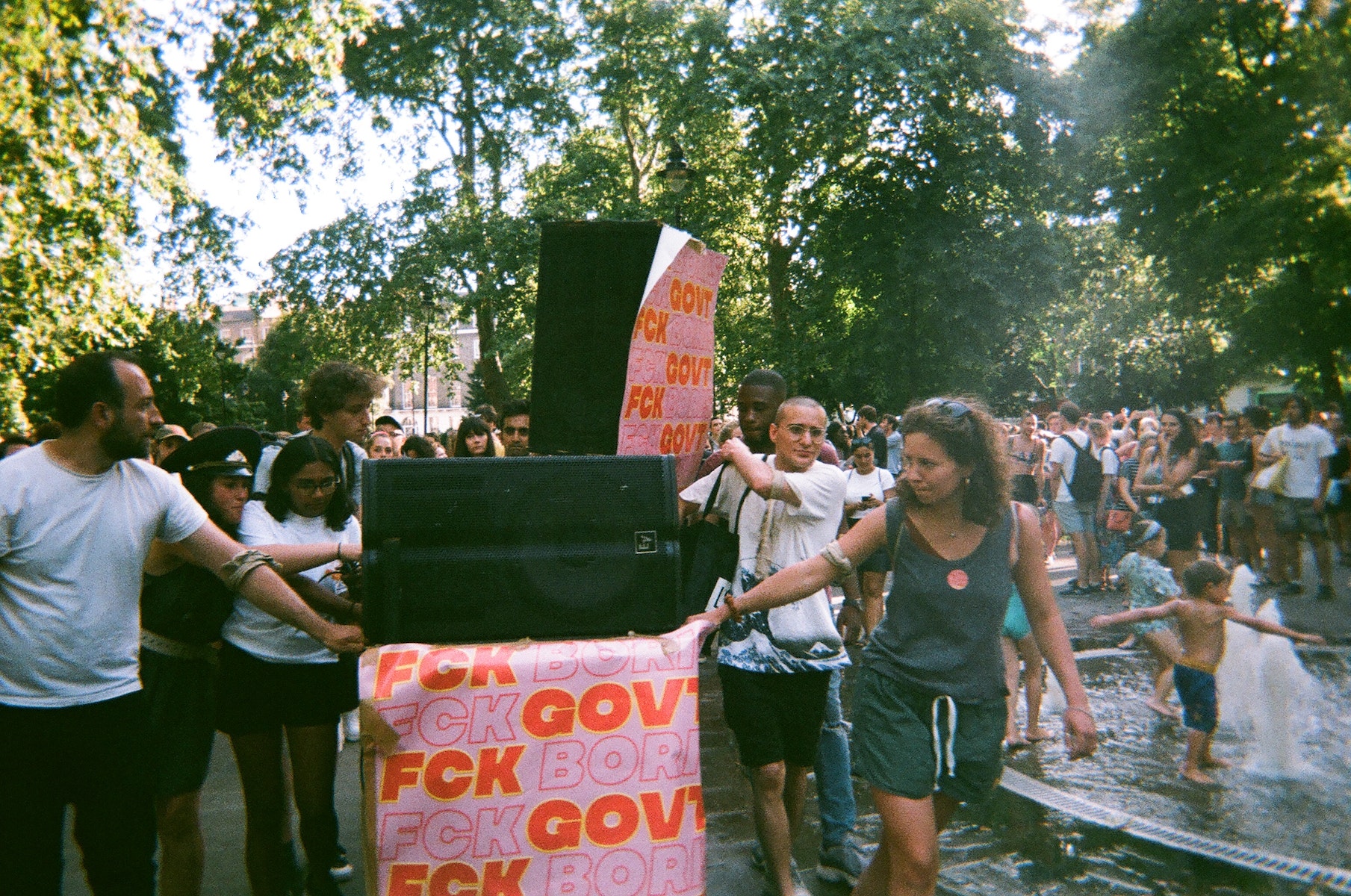 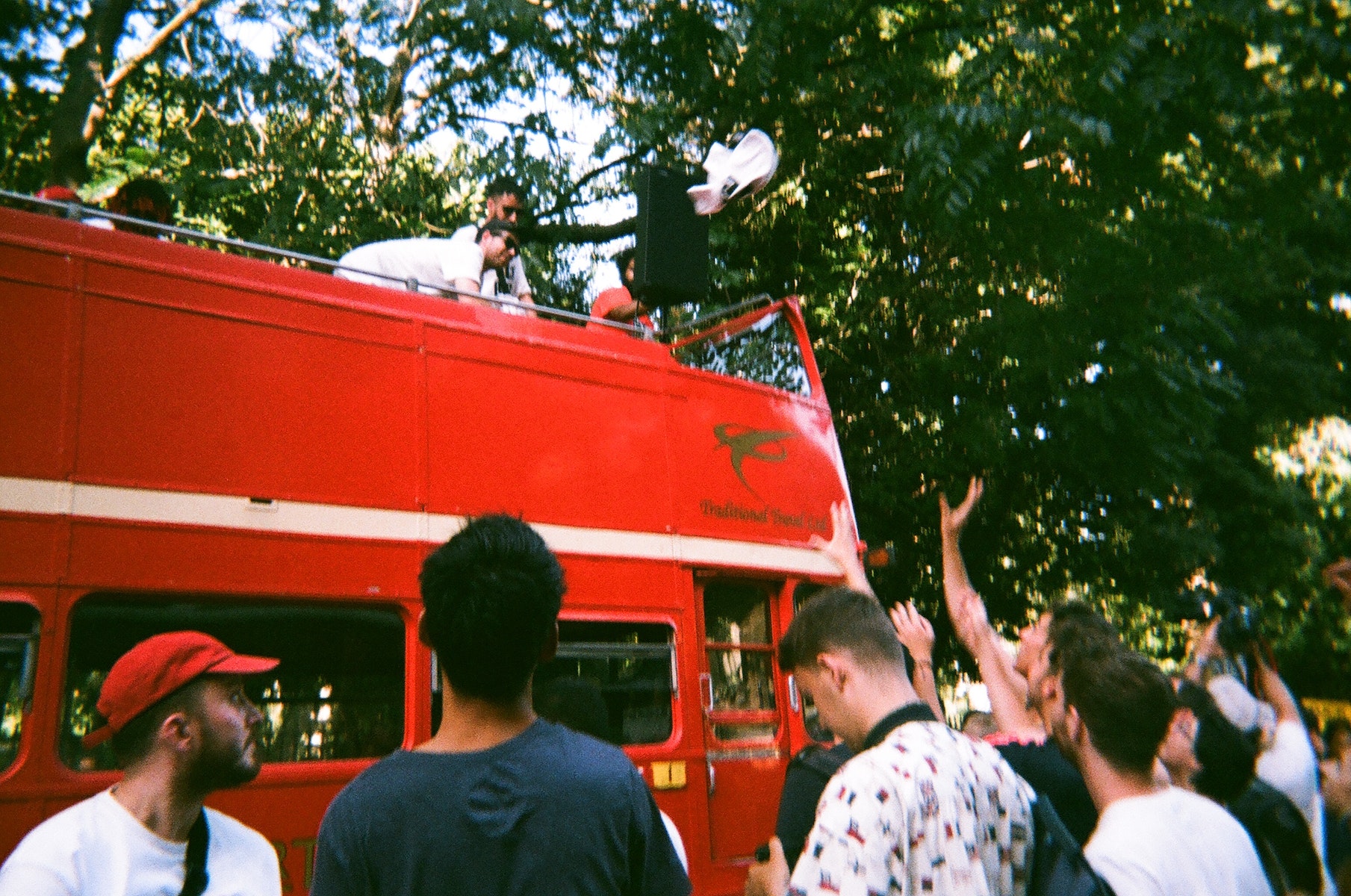