“I can remember in 1971 in a meeting of the Gay Liberation Front, standing up and saying ​‘Yes, we must fight for LGBT rights in this country, but we must not forget our LGBT brothers and sisters around the world who have it even worse,’” recalls activist Peter Tatchell. ​“I always had the view that queer rights were global, and we mustn’t rest until every queer person on this planet was free and equal.”

It was in Melbourne, 1969 when a 17-year-old Peter Tatchell took his first steps into the world of LGBT activism. Back then, homosexuality was still illegal in Australia, punishable by imprisonment and compulsory psychiatric treatment. But after reading a report about an LGBT civil rights march in New York, which took place some weeks after the Stonewall riots, a young Tatchell felt emboldened: ​“My immediate reaction was, ​‘Yes: that’s what we need here and everywhere,’” he reflects some 50 years on.

As a teenager he wrote letters to the Australian press criticising its homophobic reporting and making the case for LGBT equality. ​“At first I didn’t dare sign my name, let alone give my address because I feared a policeman’s knock on the door.” Today he’s practically the face of LGBT activism. In his home just south of the River Thames in London, there’s a postcard on the mantelpiece showing his mugshot with ​“PETER GARY TATCHELL: QUEER TERRORIST” alongside placards demanding ​“Equal Civil Partnerships” and depicting the BNP’s Nick Griffin wearing lipstick. 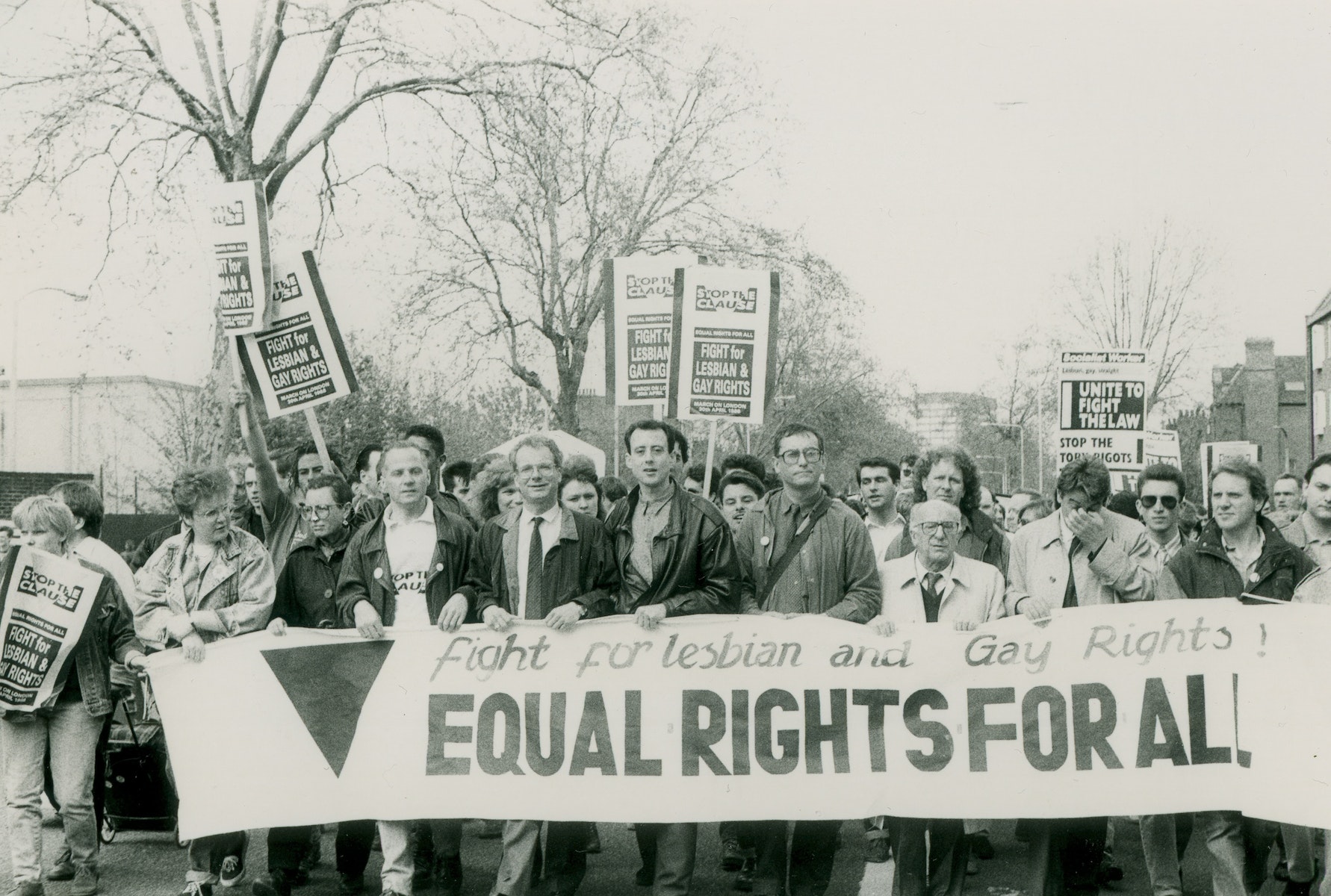 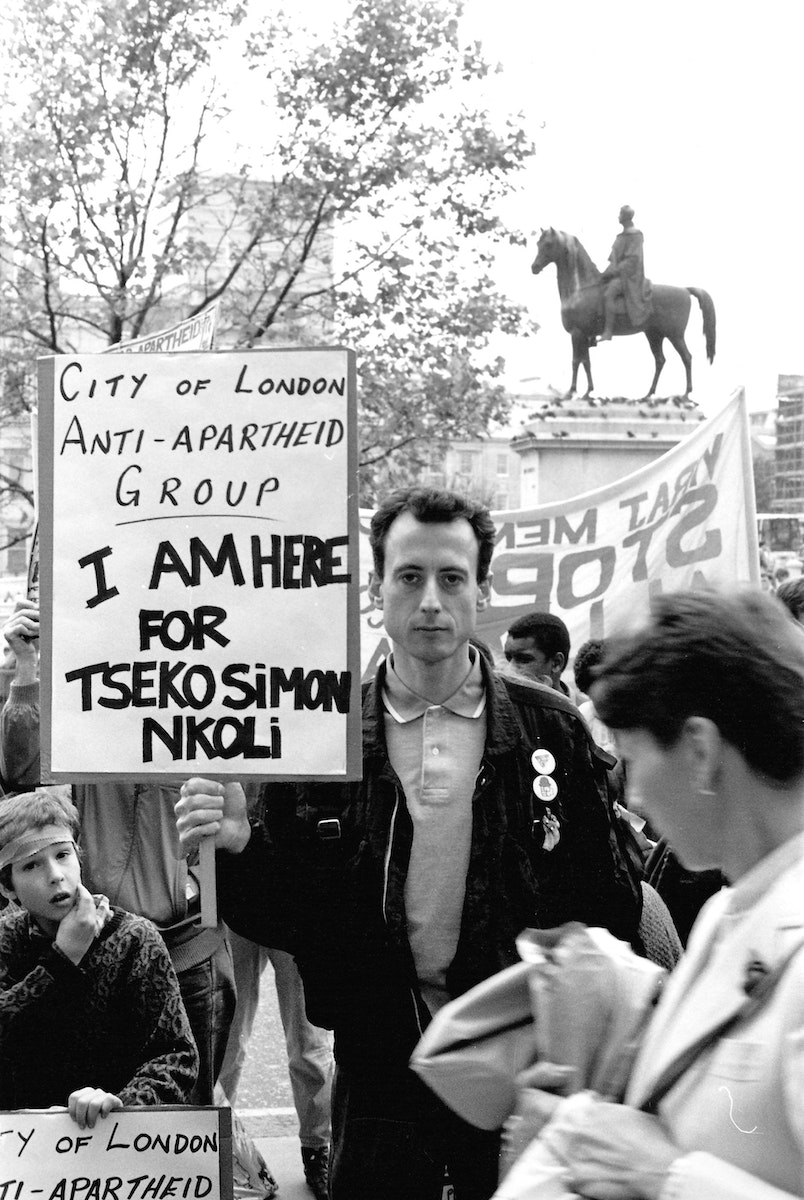 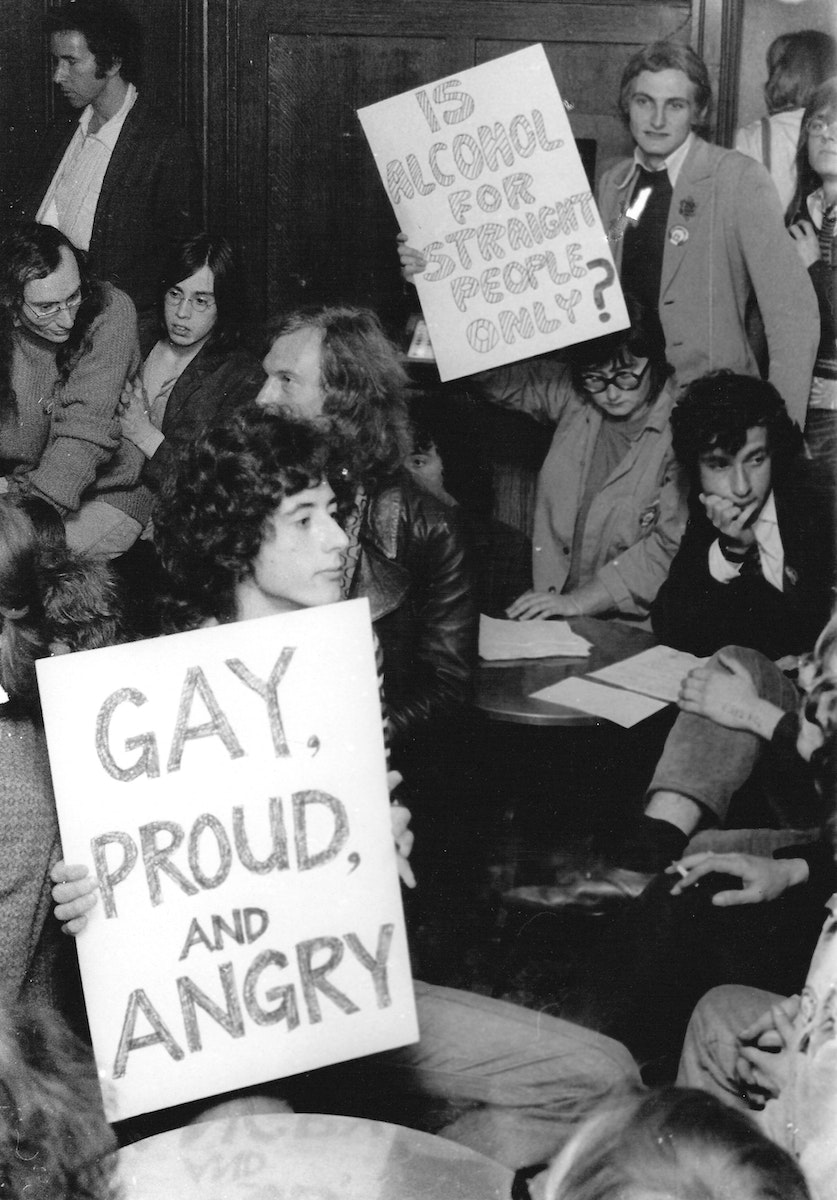 When Tatchell arrived in London in 1971 and became part of Gay Liberation Front, ​“it was the first time thousands of LGBT people came out and protested for our rights,” he says. ​“We were fighting for a social transformation to liberate everyone, including straight people, from the sex-repressive culture of that era.” Since then, Tatchell has been involved in most of the most pressing human rights campaigns of his lifetime: he joined the fight against Apartheid and the Iraq War and took on British fascists in the ​‘70s and ​‘80s; he even attempted a citizen’s arrest of Zimbabwean President Robert Mugabe in 1999 and again in 2001. Through all this, though, his focus on advancing LGBT rights has remained unwavering around the world.

In 2019, he says, there are still 72 countries that criminalise homosexuality — about half ban both male and female same-sex relations. ​“In the last 40 years, nearly 50 countries have decriminalised. We’re making steps in the right direction, but in the last few years there’s been a backlash in about 20 countries where either new anti-gay laws have been enacted, or more vigorous ones have been enforced,” he adds.

Here the 67-year-old activist outlines the ten most pressing LGBT struggles taking place across the globe. Not, I’m hastened to add, in an effort to rank prejudice, but to focus our minds on how much more there is still to be done.

“The Mayor of Dar es Salaam has ordered police to draw up lists of gay people to be arrested. Prior to that the government banned HIV organisations, which provided services to men who have sex with men and even prohibited the importing of lube on the grounds it would facilitate homosexuality. This severe repression has driven LGBT organisations underground.” LGBT Voice

“The 2013 law banning the so-called promotion of ​‘non-traditional’ sexual relations to people under 18 had echoes of Britain’s Section 28. It has been widely interpreted in a way, which has resulted in the sacking of LGBT teachers and lecturers in schools and universities. Organisations like Children-404 that provided advice and counselling to LGBT teens have faced repeated attempts to close them down. People have been arrested simply for holding up signs saying ​‘homosexuality is normal’, and this state repression has given a green light to vigilante violence.” Russian LGBT Network

“In Aceh province, Sharia law is enforced and LGBT people have been publicly caned. Even in metropolitan centres like Jakarta, there have been police raids and arrests in gay bars and saunas. Politicians all over the country are now demanding police crack down on LGBT people to create a climate of fear and terror. Much of this is being fuelled by Islamist political parties.” Arus Pelangi

“Homosexuality is totally illegal, and regularly LGBT people are arrested and jailed. There is also a growing problem of vigilante violence against LGBT individuals and organisations. One gay man who was imprisoned for five years eventually died from the neglect and abuse he suffered while incarcerated.” ADEFHO

“LGBGT people are victims of right-wing death squads that justify their murders as ​‘social cleansing’. Since 2008, around 250 LGBT activists have been murdered.” Asociacion Lesbica Gay ARCOIRIS de Honduras

“For the last two years there has been a massive witch hunt of LGBT people in Ethiopia, with politicians weaponising same sex relations as a way to deflect attention from the government’s own failings and to score support from bigoted electors.” Ethiopian LGBT community

“Both countries have the death penalty for gay sex, LGBT organisations are outlawed and discrimination is lawful by default. Victims of homophobic violence or rape cannot go the police because they’d be arrested, and face a possible death sentence.” Iranian Lesbian and Transgender Network (6Rang)

“While homosexuality is not illegal, the right-wing governments in both these counties are avowedly anti-LGBT and their intolerant rhetoric has fuelled discrimination and violence against the LGBT community. Both countries have a very menacing neo-Nazi movement who have been implicated in violent assaults upon sexual and gender minorities.” Stowarzyszenie Grupa Stonewall /​/​Háttér Society

“The military-backed government has continued the targeting of LGBT people, often using dating apps to lure in and arrest members of the community. As a result of past trials, there are still LGBT people serving long prison sentences for same sex relations, advocacy of LGBT rights is illegal and even discussing the issue publicly can get you arrested.” Mesahat Foundation

“The new death by stoning law has only just come into force. It has created a climate of terror within the very isolated and vulnerable LGBT community there. The new law punishes sex between men with death by stoning. It remains to be seen, with the international outcry that has followed, just how vigorously the law will be enforced. Hopefully mass protests will act as a restraint on the governing authorities.”